Outdoor / The myriad benefits of losing yourself in nature

During lockdown, many of us took solace in nearby natural spaces – finding a renewed appreciation for them in the process.

When the world shut down, so did most of the things we loved doing. In response, many of us took solace in nearby natural spaces, finding a renewed appreciation for them in the process. Nano Adventures, a new editorial series in collaboration with Reebok, celebrates the pleasure of finding outdoor adventure on your doorstep – and the benefits that come with it.

During the first lockdown, once we got over the shock of enforced confinement, the boredom soon kicked in. The days seemed endless; the world strange and shrunken. With pubs and cinemas closed, gyms and yoga studios shut, and travel canned for the foreseeable, there was literally nothing to do. Except get outside. We could still do that – and so a lot of us did.

Thanks to good weather on an almost-constant loop, we spent the summer of 2020 running in parks, hiking up hills, and swimming in lakes. For our state-sanctioned dose of daily exercise, we sought out adventure on our doorstep, immersing ourselves in the green spaces local to where we lived. It made many of us feel better. It made many of us want to do it more.

Before all this, ‘getting outdoors’ was often seen as something extreme or unattainable. When presented with the idea, we’d picture mentalist fell runners on a sketchy ridge, or hardcore swimmers braving icy fjords. They were pursuits done by other people, often from specific – and privileged – demographics, which required specialist knowledge, remote backdrops and a plane ticket. They weren’t experiences you could have while jogging on a local trail or towpath.

But in many ways, the pandemic turned that mindset on its head. It helped us reimagine our neighbourhoods as places of adventure and opportunity, which has since proved vital for our physical and mental health. Getting out and into these natural spaces has allowed us to recalibrate – in a year defined by loss, it has provided some rare notes of positivity. 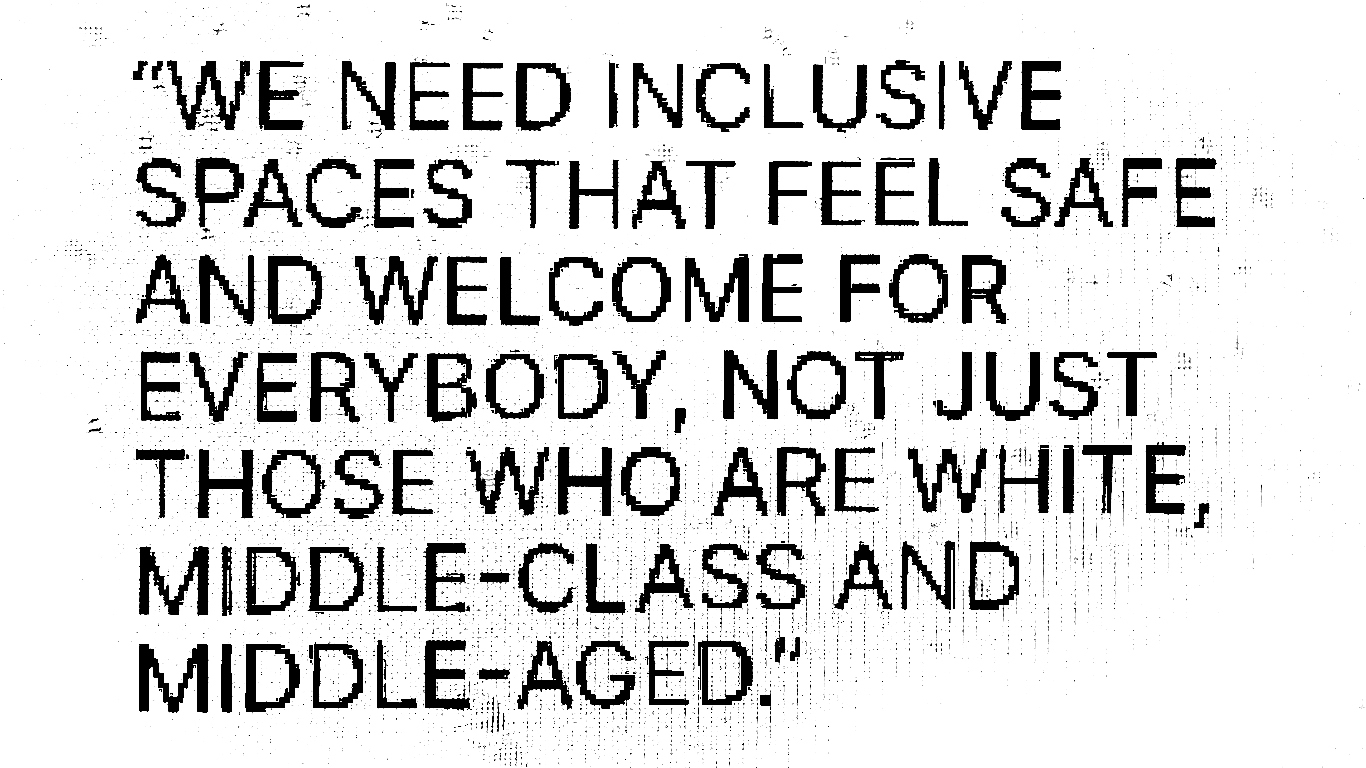 Three quarters of home-based workers exercised outdoors during the pandemic, according to research by the Office of National Statistics, with 50 per cent of those visiting a local park or green space to do so. “Along with the rise in outdoor exercise, people’s interest in nature surged,” wrote the authors. “Nature has been a source of solace for many, as lockdown rules have heightened our appreciation for local parks and green spaces.” The report concludes there is evidence to suggest spending time in these spaces helped some people cope with “negative feelings such as anxiety”.

Moreover, 46 per cent of people questioned by Natural England in July 2020 said they were spending more time outside than before the pandemic, stats which were backed up by Google Mobility Data. Nine in ten of those surveyed agreed with the sentiment that spending time in nature was good for their “mental health and wellbeing”.

There are a number of theories as to why getting out into nature makes us feel good, and why exercising outdoors is better for us than doing the same workout indoors. It helps to remember that as humans we’re not separate from the natural world, we share the same ecosystem and need the same elements: earth, air, water and sunlight, to survive.  Research shows that even the briefest time in nature can provoke positive emotions, including feelings of awe, happiness and joy. Natural spaces are thought to induce a state of absorption, where the emotional benefits we get are tied into the fact we are so captivated by our surroundings and distracted by our everyday life.

But Dr Carly Wood, a lecturer in Sport and Exercise Science at the University of Essex, says there is solid evidence to show spending time in natural environments reduces stress, both in terms of how stressed we think we feel, but also through measuring objective markers – such as cortisol in the bloodstream. 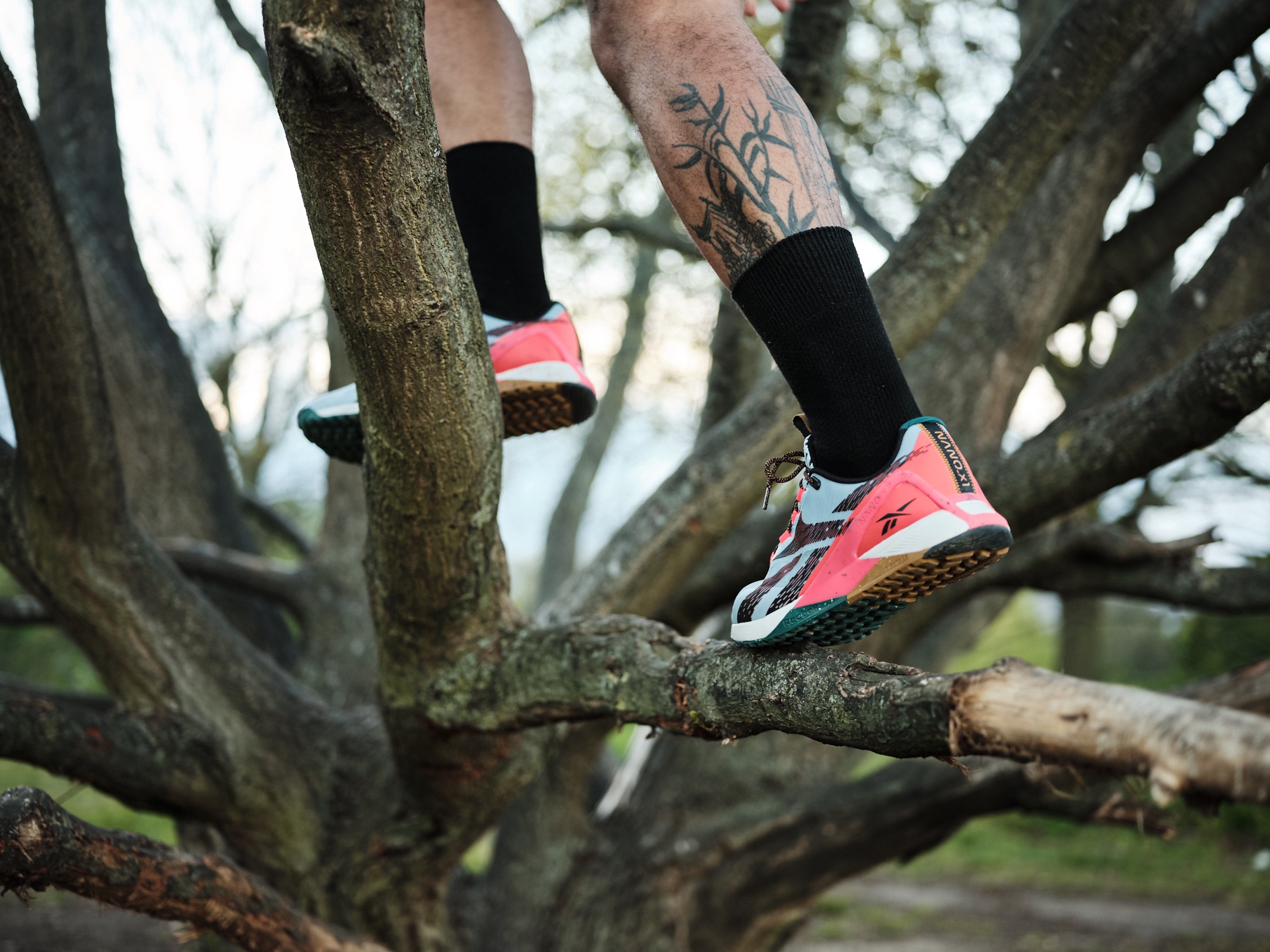 “There is a lot of good evidence to back up Attention Restoration Theory,” she says. “When we’re working, especially on screens, we’re using a lot of focused attention, but nature engages our involuntary indirect attention. It helps us feel less mentally fatigued and restores our sense of wellbeing.”

Dr Ben Wheeler, from the University of Exeter Medical School, is an expert in how natural environments impact human health. “There has been a boom in research over the last 10 years,” he says, “looking at these broad questions of green space and health and what’s going on – how these health benefits are arising.”

Wheeler and his colleagues at Exeter have been involved in a large study with over 10,000 people since the early 1990s, which has shown that people who live in greener urban areas have better mental health than those who don’t.

He says that the mental health benefits of being in nature can be especially pronounced in young people. “You don’t want to be too evangelical about it, as some people might not want to be in natural environments or the countryside – and that’s fine. But we also need to look at the barriers that might be preventing those that do but currently can’t.” 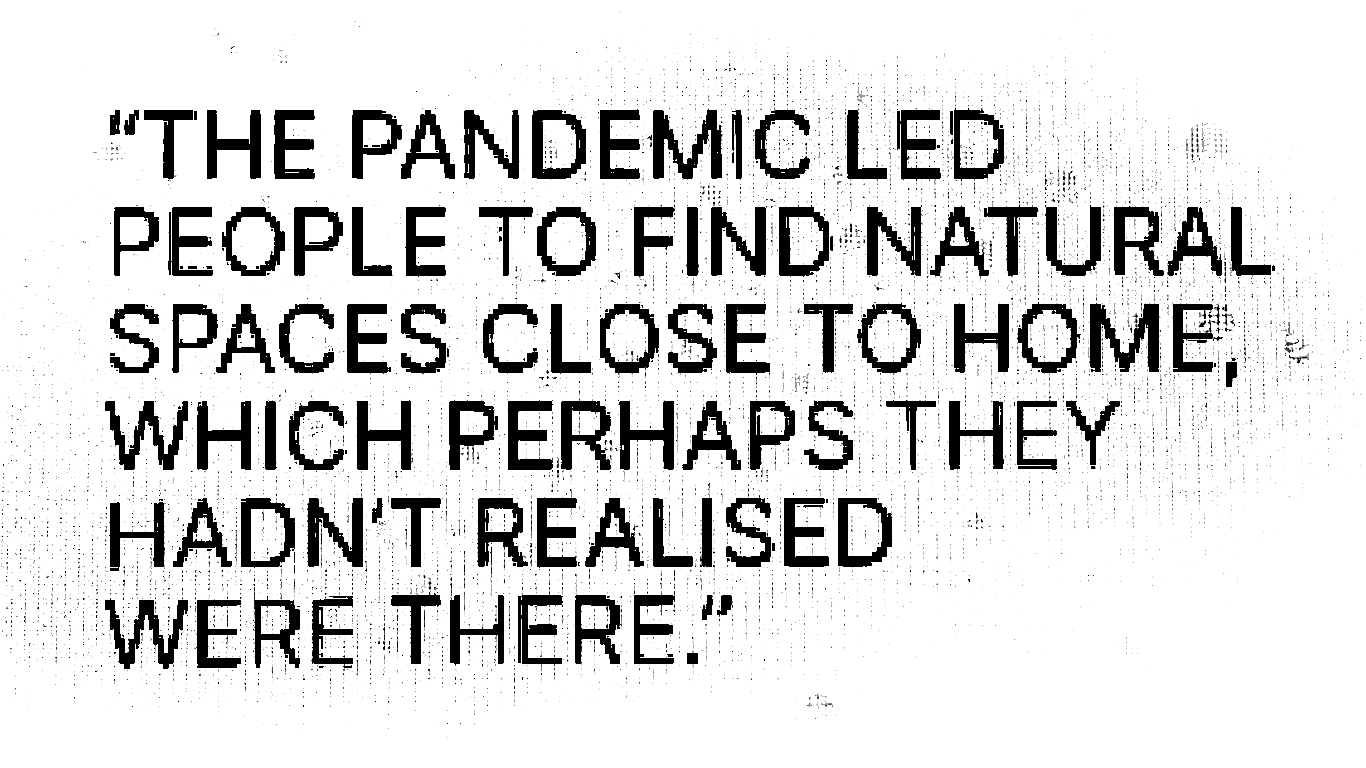 Wheeler has recently run workshops with young people in Plymouth on this very topic. He explains how, when it comes to green parks and woodland, many of these spaces won’t be on their radar. Others he spoke to felt they weren’t welcome in these spaces, as they didn’t fit a particular demographic, or might be seen as causing antisocial behaviour. “We need inclusive spaces that feel safe and welcome for everybody, not just those who are white, middle-class and middle-aged,” he notes. “Over the past year with restrictions on movement, we’ve learned how valuable and fulfilling it can be to spend time outdoors in nature – especially for city-dwellers.”

For Wood, the good news is that the physical and mental benefits we get from exercising outdoors can occur in any green park or woodland. It’s not something we necessarily need to plan for, or to travel a long way to enjoy: these can be spontaneous trips. “The pandemic led people to find natural spaces close to home, which perhaps they hadn’t realised were there,” she says. “Or perhaps they thought, ‘That’s not for me,’ when of course [they are] for everybody.”

Wood hopes these positive shifts in behaviour will continue long after the world reopens, as more of us embark on our own nano adventures. For those of us who have done so already, the benefits are clear. By reimagining  the natural spaces in and around where we live, we open up a whole new landscape. The benefits of this can be transformative.

Read more stories from the partnership.

Linkedin
RELATED ARTICLES
OTHER ARTICLES
Satirical culture in the UK routinely protects the powerful and punches down. It’s time people stopped laughing along, writes Elia Cugini.
The government’s failure to take long Covid seriously has led to the formation of a group campaigning for the thousands of forgotten victims of the illness.
Following the success of her debut novel, the Tottenham native is restating her commitment to the place that made her.
Shifting the focus from the cost of living crisis to tackling obesity while many starve or freeze is farcical and pointless, writes Fatzine founder Gina Tonic.
Over the weekend, London locals came together to resist a pre-planned police raid targeting delivery drivers.
The revered showbiz chronicler recalls his journalistic beginnings, documenting subcultural scraps in the ’80s.