Outdoor / Adventure / A three-day adventure in the French Alps 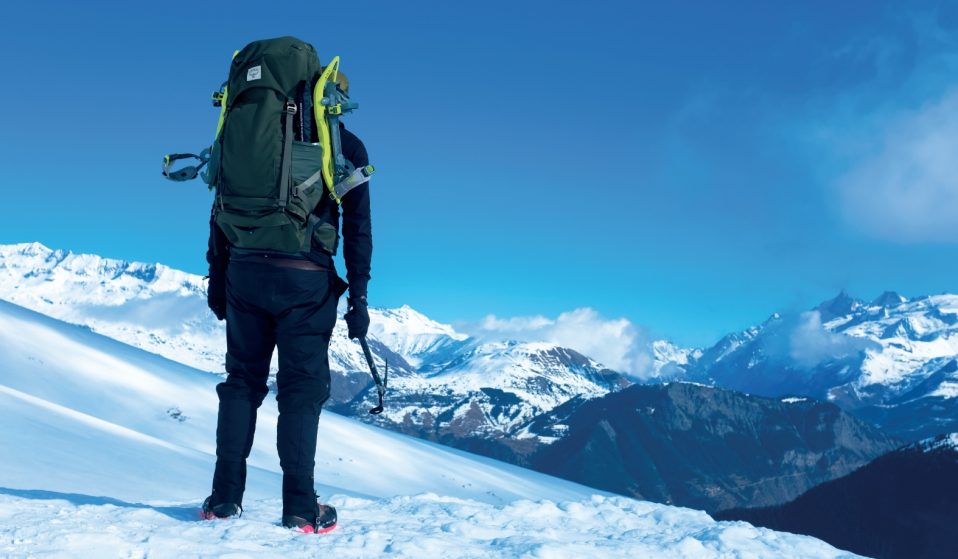 In a world fuelled by consumerism, is it still possible to gear up and enjoy nature with a clear environmental conscience?

In a world fuelled by consumerism, is it still possible to gear up and enjoy nature with a clear environmental conscience?

We dream of far horizons. The wilderness is imagined as a place of sanctuary – an Eden within our grasp to which it is possible to escape and to transcend. But here’s the problem: we’re all thinking the same thing.

An entire industry has arisen to facilitate these dreams of escape. This industry has grown into a behemoth machine that eagerly supplies us with all the tools needed to facilitate our escape from this maladjusted civilisation. The contradiction is obvious: to survive and thrive in the wilderness, we need stuff. This stuff is often detrimental to the environment to which we are trying to escape. It all adds to the ultimately destructive cycle of consumption. We are loving the wilderness to death.

So we’re trying to test a theory. Surely it is possible to experience the wilderness without becoming part of its most pressing problem. Could we find gear that allows us to head for the hills with something approaching a clear environmental conscience?

The contradiction of the need for the gear and the desire for sustainability lies heavily in the heart of everyone involved in the culture of the outdoors. A core of companies have been taking action on that contradiction since the very beginning – and one of them is Osprey.

Born in Santa Cruz, California in 1974, the brainchild of founder and chief designer Mike Pfotenhhauer, the firm developed into the leading specialists of the backpack. Across the brand’s 47 year history, they have developed a rock-solid record of technical and environmental innovation. These days their name is ubiquitous when thinking of portability and the mountains, and their UK and European arm has become one of the leading suppliers of packs. 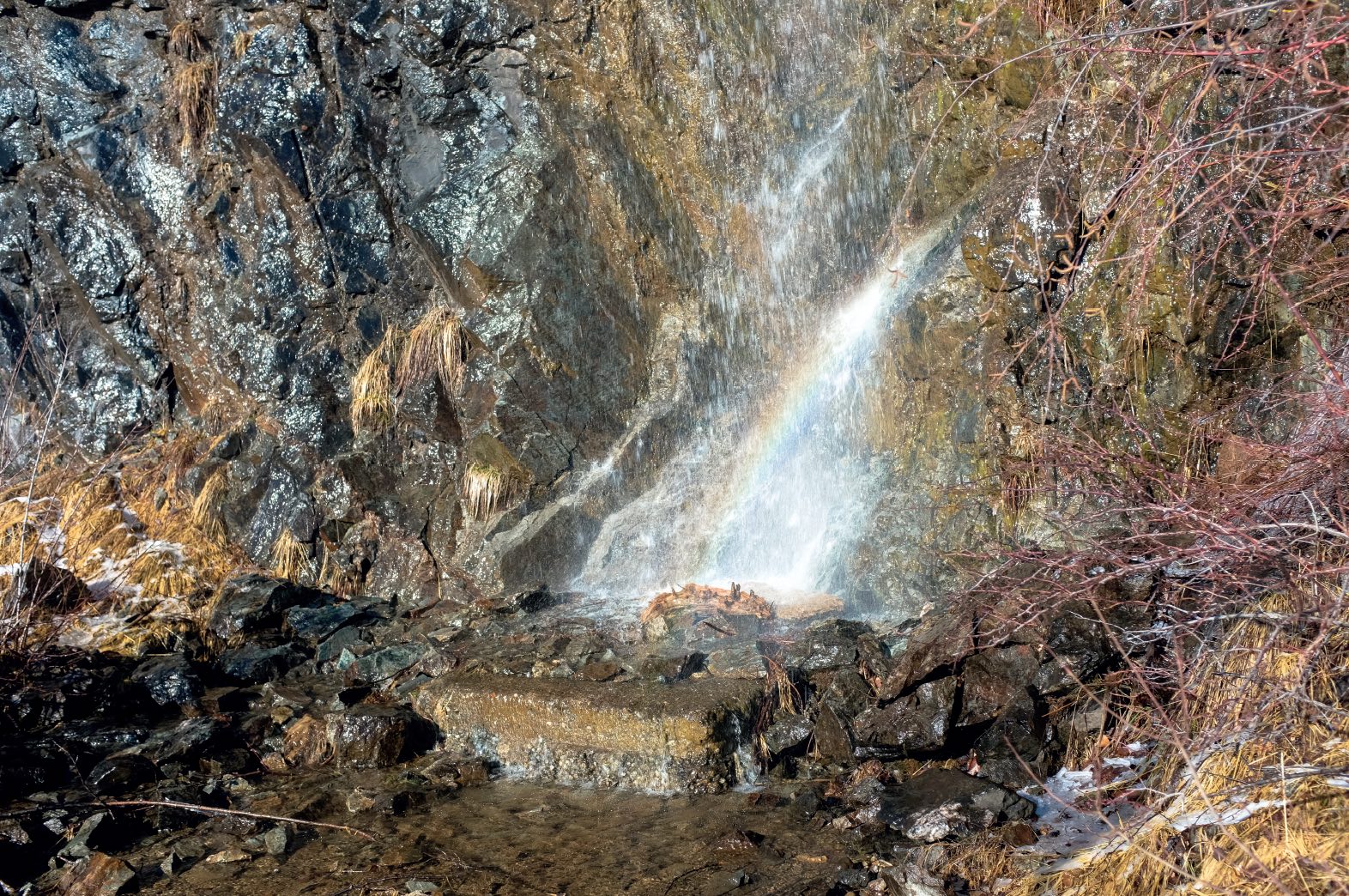 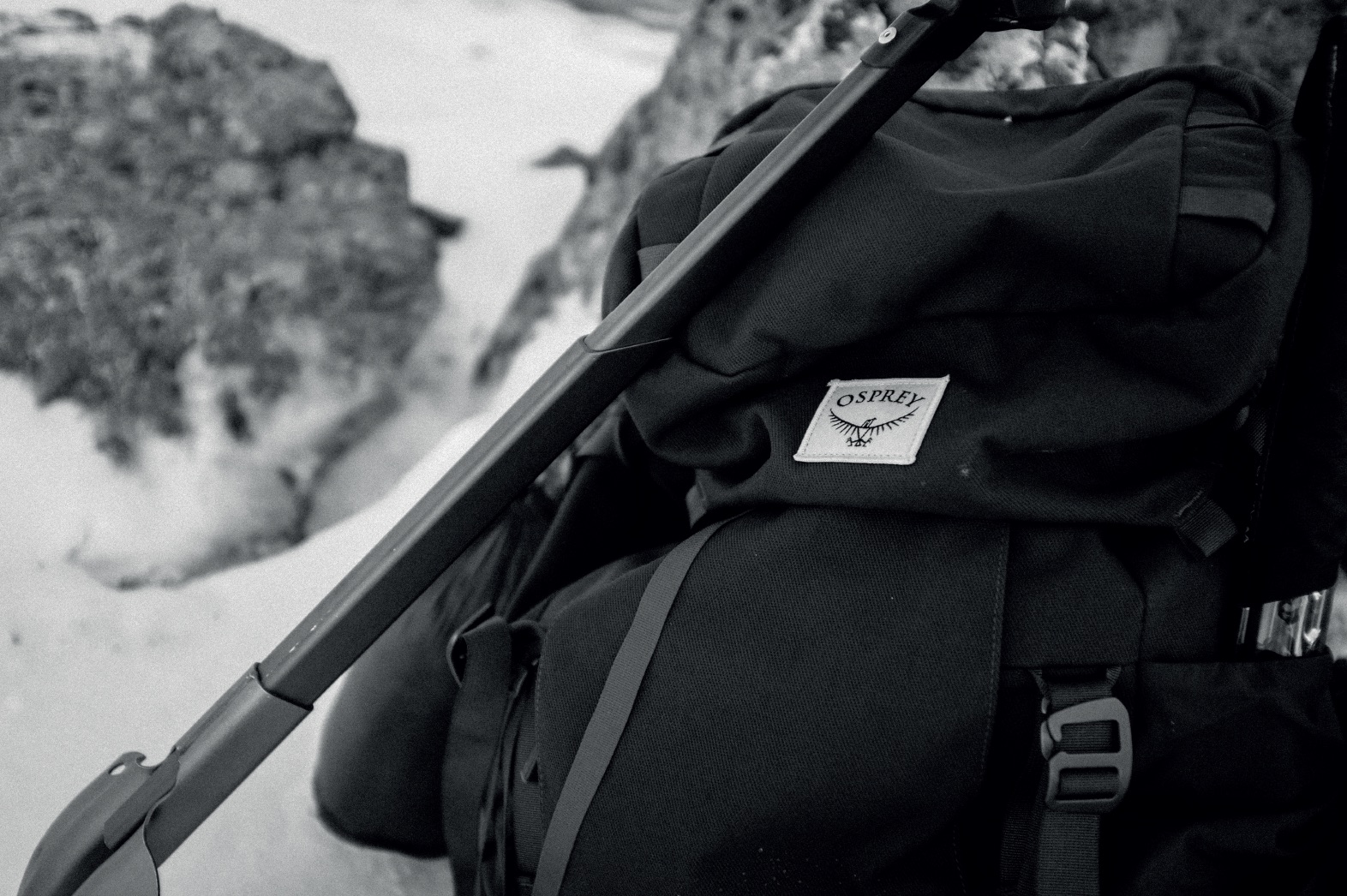 The credentials were second to none, so we took the opportunity to see if the product could walk the walk as well as the brand talked the talk.

For this particular mission, we hiked up to La Jasse, a valley up above two thousand metres whose trailhead begins a few clicks away from the town of Bourg-d‘Oisons in France’s Haute Alpes region. We planned to spend a couple of nights in the refuge there and see if we could make it to one or two of the peaks that surround the hut. Word was that wolves, which had been visiting the region after having been re-introduced across the border in Italy, might be encountered up in the high valleys. There’s nothing more symbolically primal than these mythically potent creatures.

In the wintertime, the bothy-style mountain shacks administered by the local ‘Marie’ serve as stripped-back refuges open to hikers, climbers and ski-tourers – but they don’t supply food, fuel or bedding. So, even for a modest three-day mini-expedition up there, we’d have to take everything with us. This, of course, would mean a seriously good gear hauler. Enter Osprey. 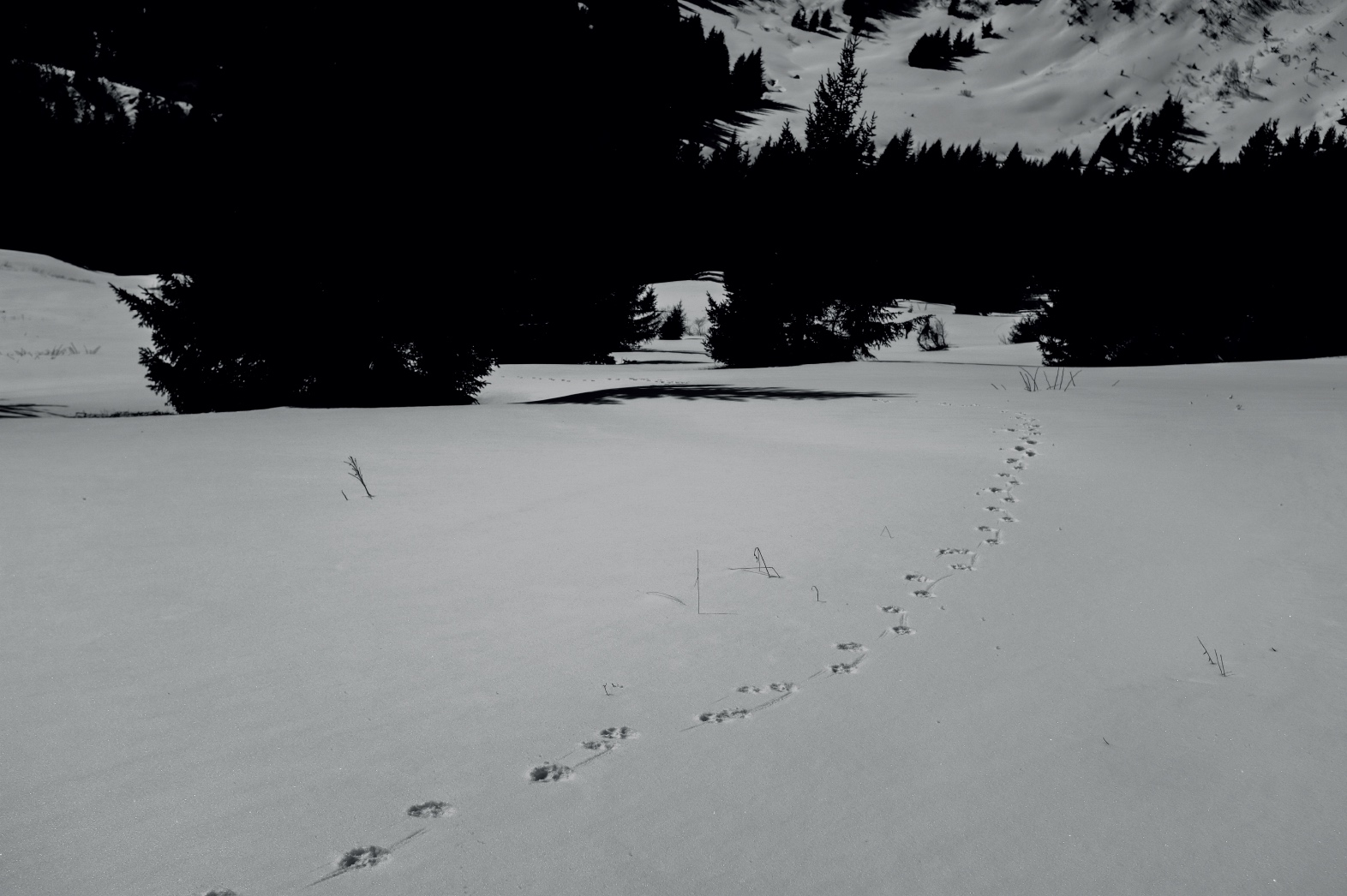 We hiked up through stunning wooded terrain and out above the tree-line traversing fresh snowfields. As we angled up toward La Jasse, our paths crossed those of the canine creatures we’d heard about. Further up, we cut holds in the ice and made it to a protected aréte, in the lee of which we made the final push to the bowl-like depression into which the refuge was nestled. All the while, we looked out for our wild companions, and I reflected on the stripped-back simplicity of a life with everything you need loaded onto your back.

During that first night, a blizzard descended. It lasted the whole of the following day. Undeterred, we ventured out and wandered some more in the whiteout, bagging a few small peaks rather than the summit of La Pyramid, which towered like eternity above us. After the second night, we negotiated a tricky descent through the fresh snow. In the far distance, at the foot of the trail, we spotted three tiny black shapes against the white of the valley floor. Our wolves had probably been tracking us all along.

When I got back down from the mountain, carrying in my head a brittle endorphin high and some much-needed perspective, something became clear to me. We might not be able to save the planet by wandering its high recesses. But we might learn to treasure its elusive wildness. 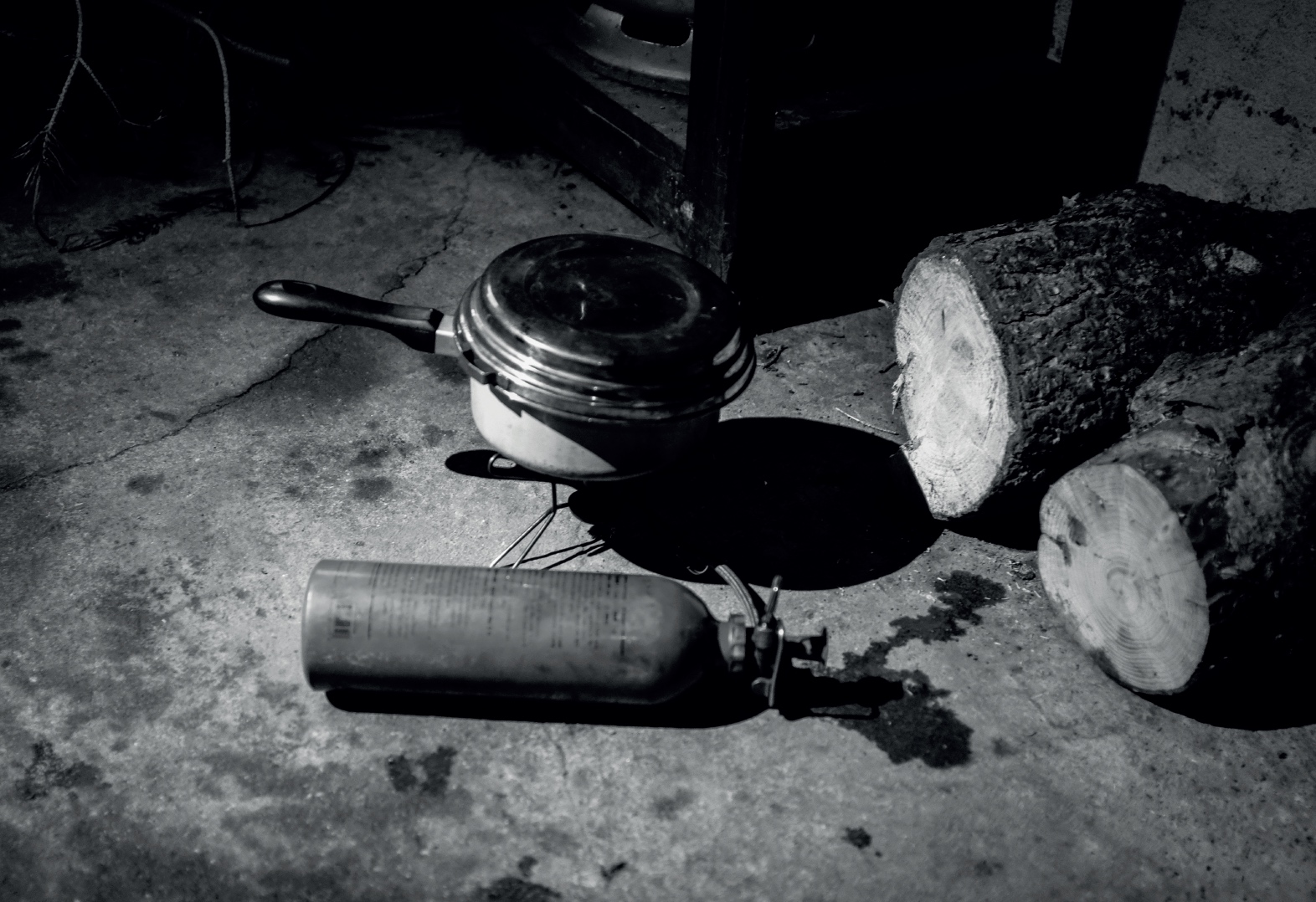 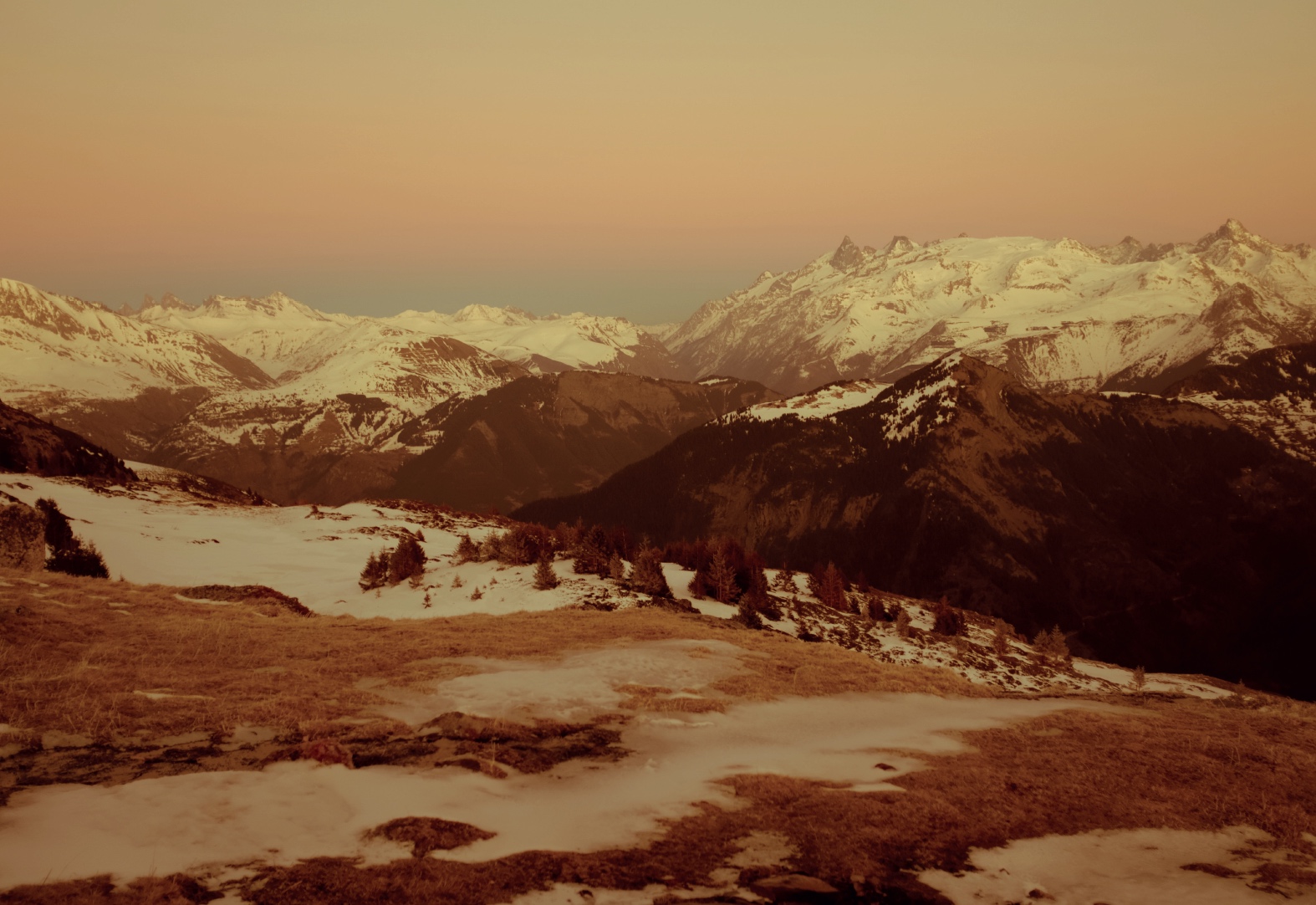 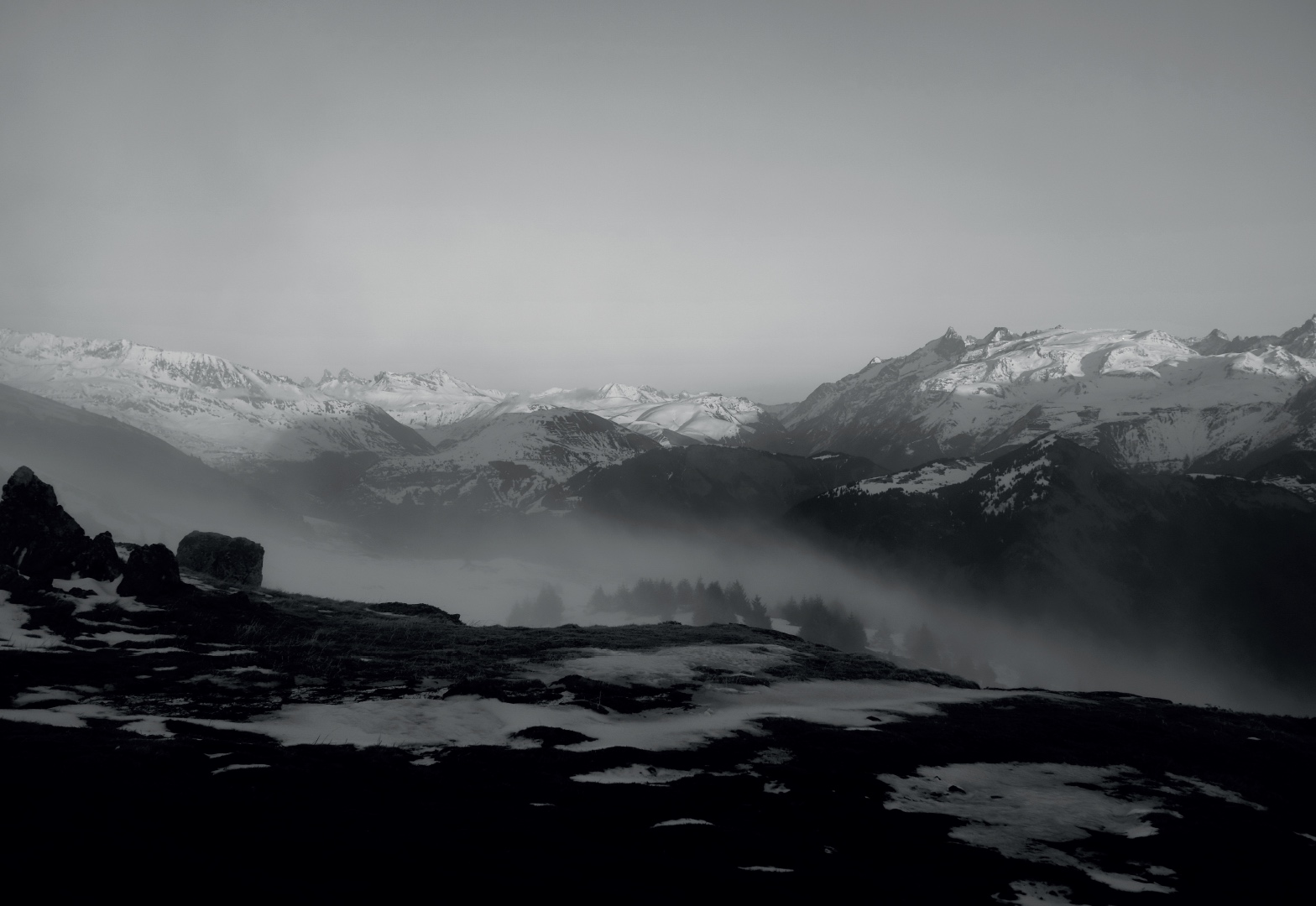 The Archeon 70 is a technical high-end mountain pack – and for this trip, it was just what we needed. I was carrying a bulky four-season sleeping bag and mat; there’d be cooking gear, fuel and food for three days plus contingency. Here in the depth of an Alpine February we’d need to pack Ice axes, snowshoes, avalanche probe and shovel – as well as the usual constellation of necessities including extra insulation and waterproofs, navigation aids, first aid kits, maps, snacks – and of course camera gear, a book or two to read and spare undies.

The entire pack is made from heavy-duty recycled nylon canvas with a PFC free coating. This means it is highly waterproof and durable but without using damaging chemicals. The material really does feel durable. Rather than the toxic black plastic trident clips that featured on all the other packs I’d ever owned, the Archeon featured a really clever setup, which used tough metal componentry and really non-fiddly hook-and-eye operation. In addition to that, there are dual access mesh side pockets, a detachable rain cover, compression straps and ice axe loops all operated with the same metal gear. There’s a really effective double front zip too, which allows you to pack, unpack and quickly access your gear really easily (which, when entering a refuge after an epic day of ascent, really means a lot). We didn’t get the chance to weigh the load, but it was handled well via a close-fitting, adjustable back panel which can be fitted using PackSizer™ 2.0, an innovative app which uses the camera on your device to match your torso length to the right pack size. This is a fully sustainably produced, rugged piece of kit. And I know now for certain that in my lifetime I won’t ever have to buy another backpack. That might be the best we can hope for. 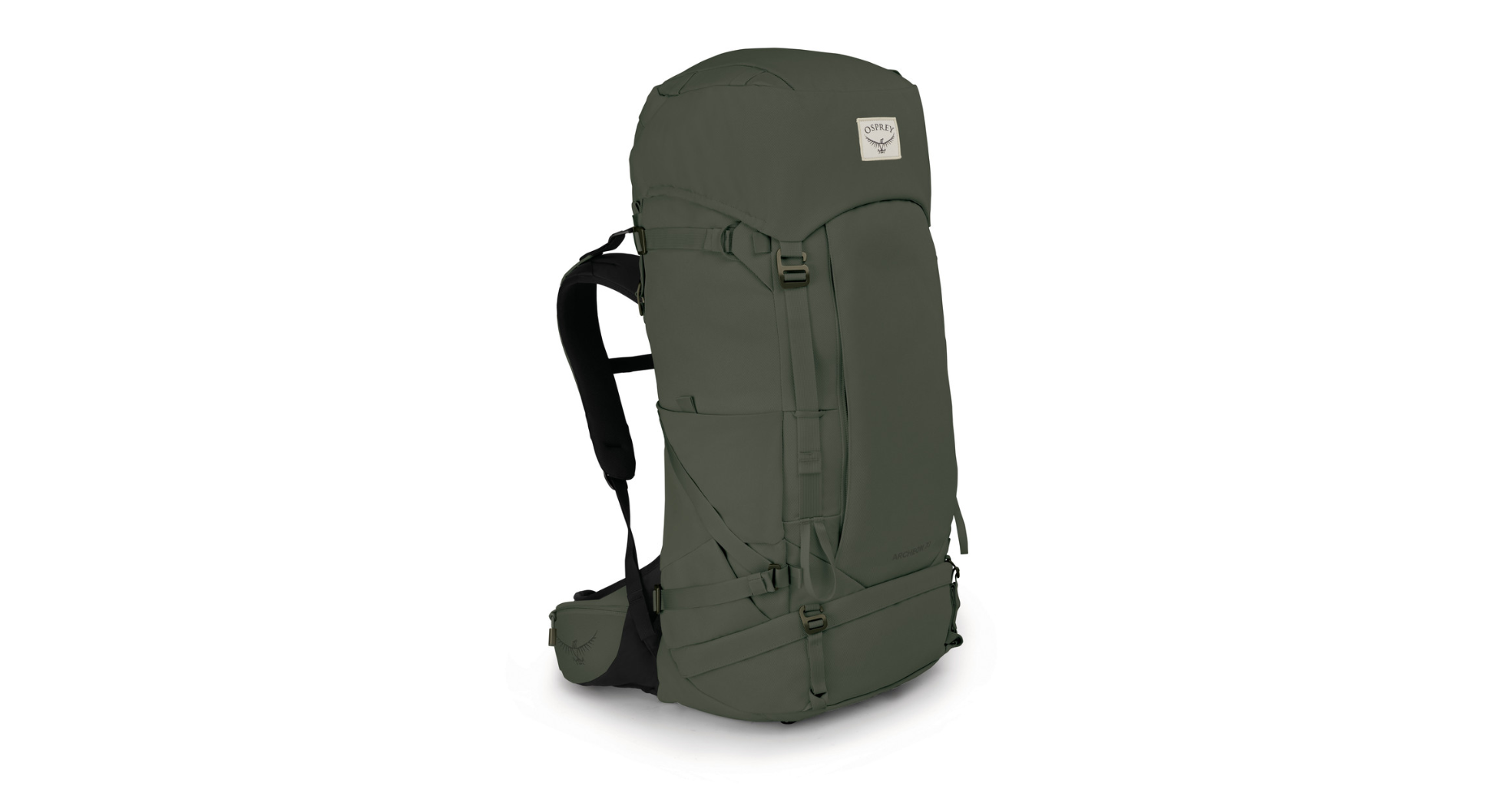 Thanks to Chris Balchin for guidance and inspiration.

Linkedin
OTHER ARTICLES
Photographer David Hoffman recalls documenting the extreme wealth inequality around Tower Hamlets and Hackney int the 1980s.
Whether it's partygate, the climate crisis or the spiralling cost of living, the fightback begins on the picket lines writes Tommy Vickerstaff
Finland-born photographer Sirkka-Liisa Konttinen looks back on her decades-long documentation of life in Northern England.
Over a dozen Stop Deportation activists locked themselves to each other outside a detention centre to prevent coaches taking those due to be on the Rwanda deportation flight from leaving.
On the fifth anniversary of the tower fire, around 18,000 joined the walk to remember the 72 dead and to demand justice.
In her new book, the author explores the country’s housing crisis in human terms and calls for radical action to address a broken system.