Outdoor / Adventure / Unravelling the mysteries of the world’s deserts 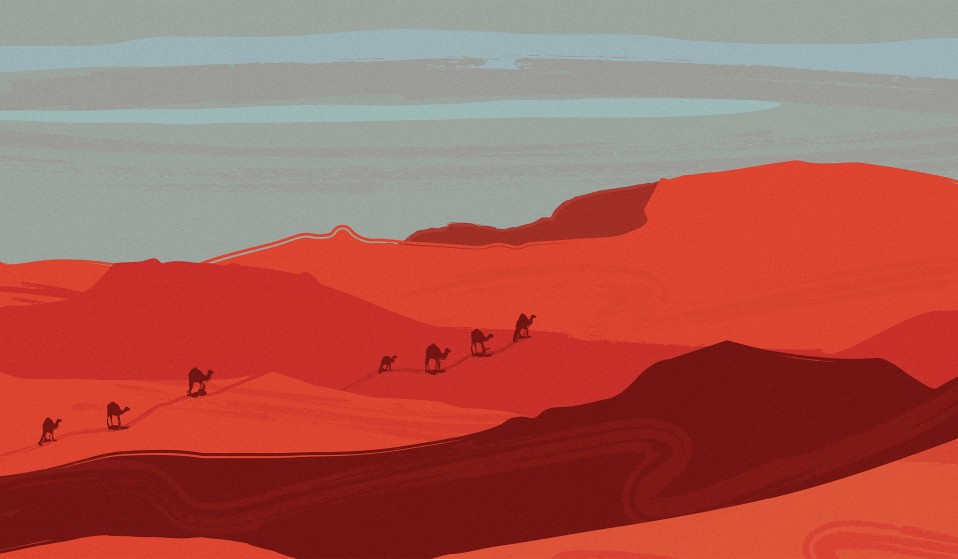 In his new book, The Immeasurable World, explorer William Atkins travels across the earth’s most famous deserts, uncovering forgotten myths, and getting to grips with the history and philosophy that lie beneath their surfaces.

In his new book, The Immeasurable World, explorer William Atkins travels across the earth’s most famous deserts, uncovering forgotten myths, and getting to grips with the history and philosophy that lie beneath their surface.

Over the course of four years, writer William Atkins embarked on a quest to discover the truth about eight of the world’s most iconic deserts.

It was an investigation that took him from the chilly beauty of China’s Taklamakan desert, to Oman’s arid Empty Quarter, passing through Australia, Egypt, Kazakhstan and the United States along the way, and forming the basis of a book, titled The Immeasurable World.

For now, though, his home is a four-walled flat in London.

“It’s going to take me a bit of time to absorb the experience,” Atkins tells me over the phone. “There could hardly be an environment that contrasts more with, say, the middle of the Empty Quarter than Oxford Street on a Saturday night, for example. They’re both polar extremes – the absolute deprival of stimulation on the one hand, and the intensity and overload of stimulation in the city.”

It was Atkins’s previous book The Moor, about the cultural and geographical significance of the English moorlands, that lay the groundwork for his latest journey. While visiting a Cistercian monastery near Dartmoor, the explorer discovered a largely unspoken link between the earliest Christian monks and the world’s deserts. St Anthony, one of the first advocates of monasticism, took to the Western Desert (now known as Libya) to embrace solitude, believing the desert to be the purest environment in which to communicate with God.

By the 19th and early 20th century, the desert was less a symbol of uncontaminated creation and more a place in need of invasion, with British explorers like T.E. Lawrence, Bertram Thomas and Wilfred Thesiger leading the charge. It was through them that the narrow modern understanding of the world’s most barren landscapes emerged, with Atkins intent on investigating their factual histories and native inhabitants. 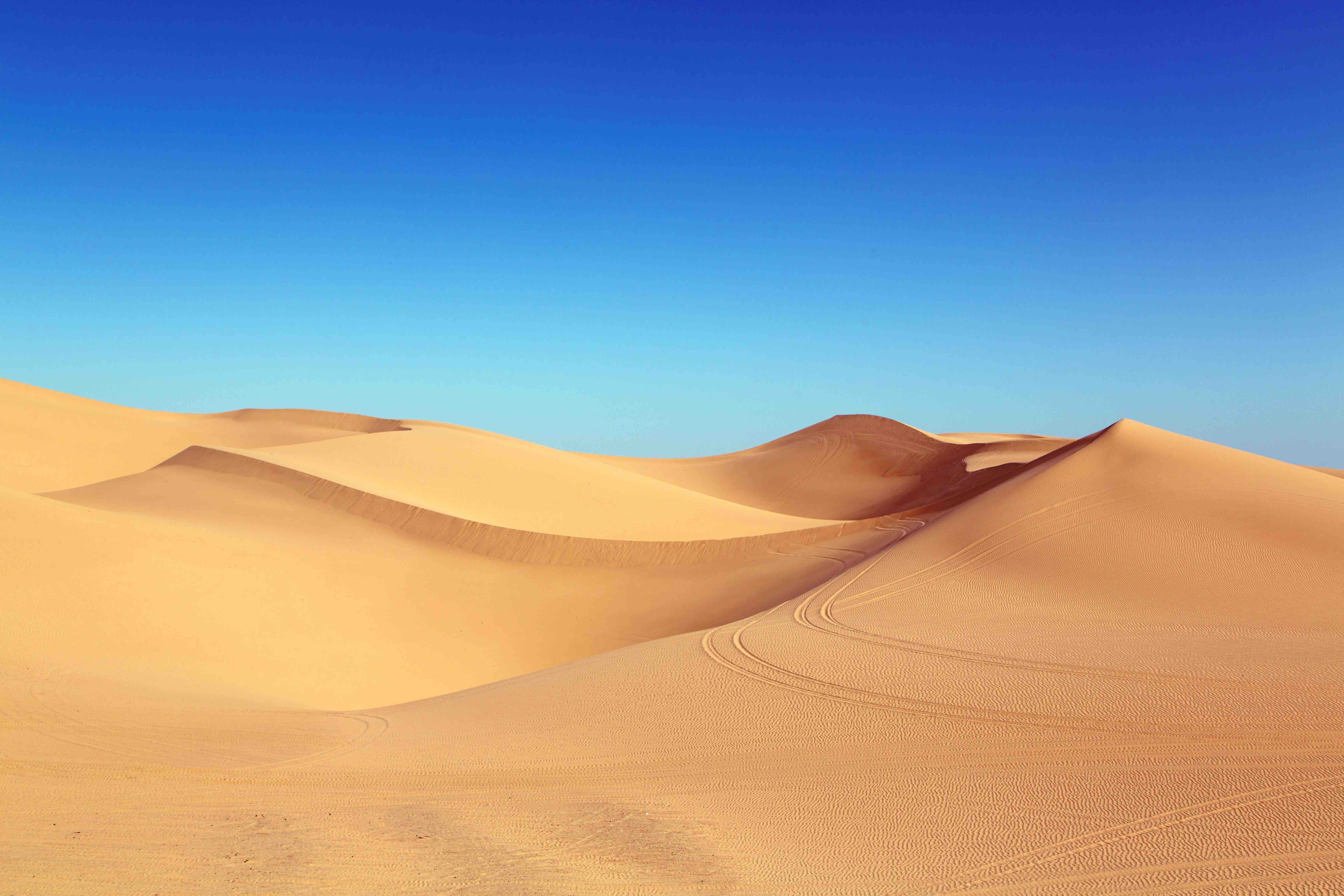 “For me, it was a personal interest I had in monasticism and its roots, but then that simple curiosity about the meaning of the word desert,” Atkins explains. “It’s a word that has been so heavily burdened or freighted with symbolic meaning, so I was interested in the idea of returning to the desert so as to discover the true desert.”

Starting with those early British explorers, Atkins discovered vastly different interpretations of their journeys, with the desert potentially speaking to an ugly colonialist instinct, something vaguely sexual in nature, or an unshakeable inner void.

“I feel like those British travellers of the time recognised something in that landscape that spoke to their own kind of loneliness,” Atkins speculates, adding that there may be something in the British tendency “to seek some kind of answer in the desert to something not satisfied at home.”

Other chapters in The Immeasurable World explore our collective tendency to use the desert as a space for violence. In the 18th century, China’s Qing dynasty banished criminals and political dissenters to the Gobi and Taklamakan deserts, where they were marked with incriminating tattoos and sold into slavery. Today, Atkins writes, Chinese cultural imagination considers the desert as something of a “dread realm.”

In the book’s most compelling segment, Atkins recounts the infuriating story of Maralinga, a remote corner of Australia’s Great Victoria desert, that was used as a testing ground for British nuclear weapons between the years of 1952 and 1957. Just one man working for the state was tasked with ensuring the site was clear of Aboriginal people, with dozens of families estimated to be living in the area when the first bomb hit. Upon their dropping, natives in the vicinity believed the resulting smoke to be “mamu”, meaning the devil.

In 1957, a native family was found living in one of the craters of the bomb, with their modern ancestry claiming that radiation birthed a curse that reverberated down the family’s descendants. Both the UK and Australian governments eventually agreed to spend money on clean up, but not without resistance. By the time the area was completely clean, four decades later, and the land offered back to its rightful owners, the Anangu tribe, they wanted little to do with it, again citing the “mamu.”

“One of the questions the book asks is ‘How do you behave when you’re not being watched?’” Atkins explains. “One of the interesting things about deserts is that, on the one hand, you’re invisible. Your actions can’t be seen because there are no spectators there. But, on the other hand, you’re hypervisible because you’re the only thing moving on the landscape.”

“In the case of Maralinga, the idea was that this was an unpopulated void. To [the British], the Anangu people had no value – social, cultural or natural – and so it was appropriate to do whatever we wanted in those places, and no damage could incur from that. There’s something in the lack of those kinds of structures that we’re so accustomed to that liberates us to behave in a way we typically wouldn’t.” 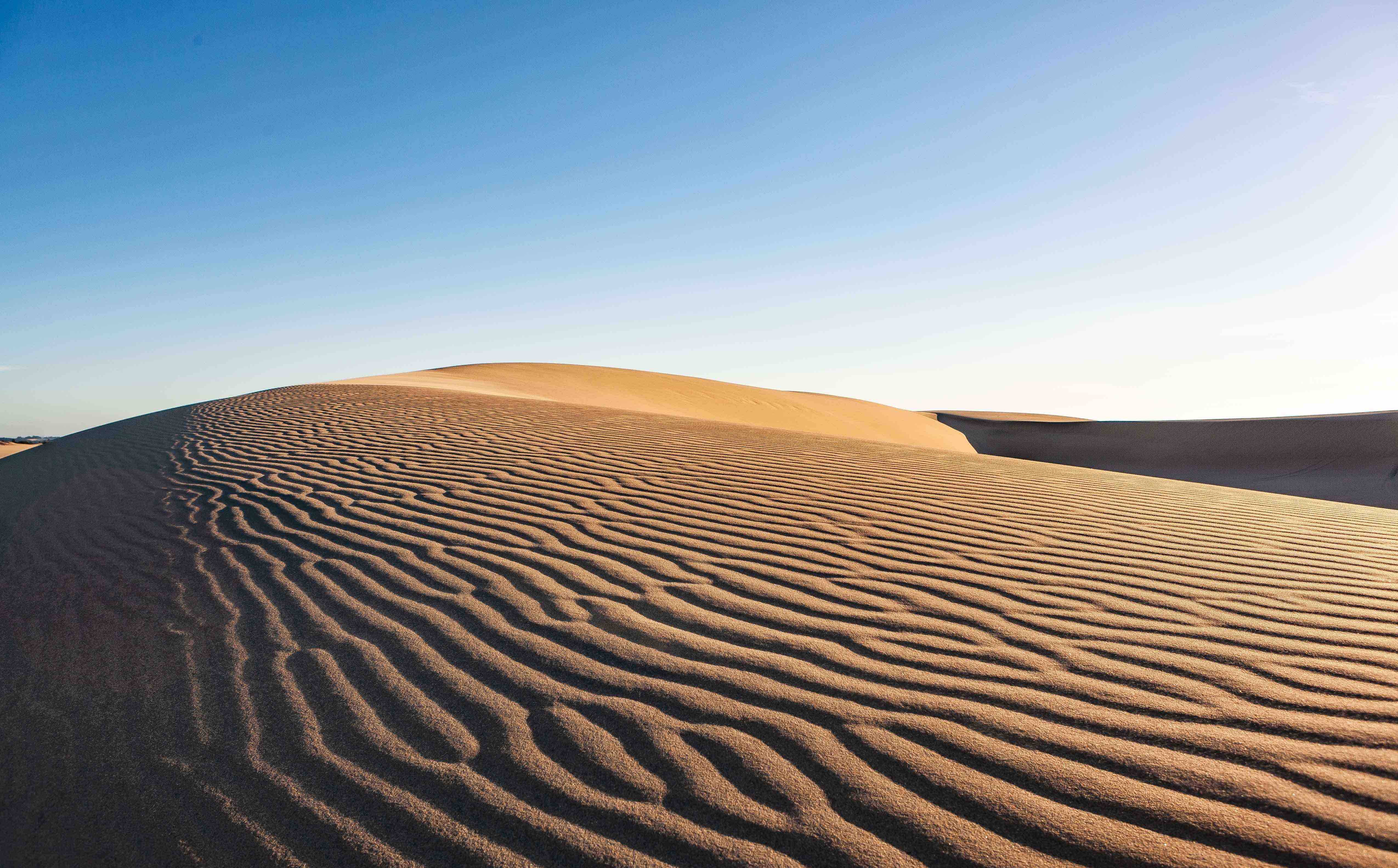 As Atkins reaches the Sonoran Desert, home of the Mexico border into the United States, such questions become even more striking. A vast canvas that has been given incredible political weight in recent years, it exists as something of an abstract idea for many Americans. As Atkins explains it, it makes sense that it has become such a battleground topic.

“I think in Maralinga and on the border of the USA, you see the desert exploited as a place where anything can be permitted,” he says. “The thing that interested me in the border deserts is the idea that these perceived void places are a natural barrier. Trump’s wall already exists, and my sense is that if you can cover 80 miles of some of the most hostile territory in the world, then you can climb a wall.”

Elsewhere, Atkins explores the shrinking of the Aral Sea, where decades of desert irrigation for producing cotton has resulted in an environmental catastrophe, along with the free-wheeling exhibitionism of Burning Man, which every year locks 70,000 people into a secure cage in the Black Rock Desert north of Nevada. “It’s the most extraordinary place,” Atkins says, adding with a laugh: “I understand why people go on about it in such boring length when they get back.”

As in his previous work, Atkins writes with the knowledge of a historian and the sumptuous flair of a poet, crafting a book that can’t easily be defined as a travelogue or as a vast non-fiction odyssey. It’s an odd, rich ride, and one that ultimately teaches us that for all we think we know about the world’s most barren landscapes, we really know very little at all.

“Solitary, godless, lonesome, deathly, barren, waterless, trackless, impassable, infested, cursed, forsaken,” Atkins writes at one point, “and yet, at the same time, the site of revelation, of contemplation and sanctuary. Amid its horrors, peace.”

The Immeasurable World: Journeys in Desert Places, published by Faber and Faber, is available now.

Linkedin
RELATED ARTICLES
OTHER ARTICLES
As the Criminal Bar Association enters its fifth week of action, criminal barrister Russel Fraser explains why the legal professionals have walked out and how action is likely to escalate.
With the UK now set to run out of vaccines, people working in the sex industry – particularly outside of major cities – have been left especially vulnerable, reports Brit Dawson.
The government’s brutal crackdown on NGOs has left victims of rape without anywhere to seek help. And now, as the country plays a key role is Russia’s war, things are only getting worse.
From the chip shops, to the bingo parlors and burlesque dancers, photographer Mike Coles remembers capturing scenes of holidaymakers by the English coast.
Photojournalist Fiora Garenzi spoke with people still living in Eastern Ukraine, an area which seen some of the heaviest fighting since the war began.
After rewriting the indie rulebook with her devastating songs about romantic longing, the singer-songwriter is now imagining a future in which the artist is no longer a product.