Outdoor / Adventure / How can we make the great outdoors more accessible? 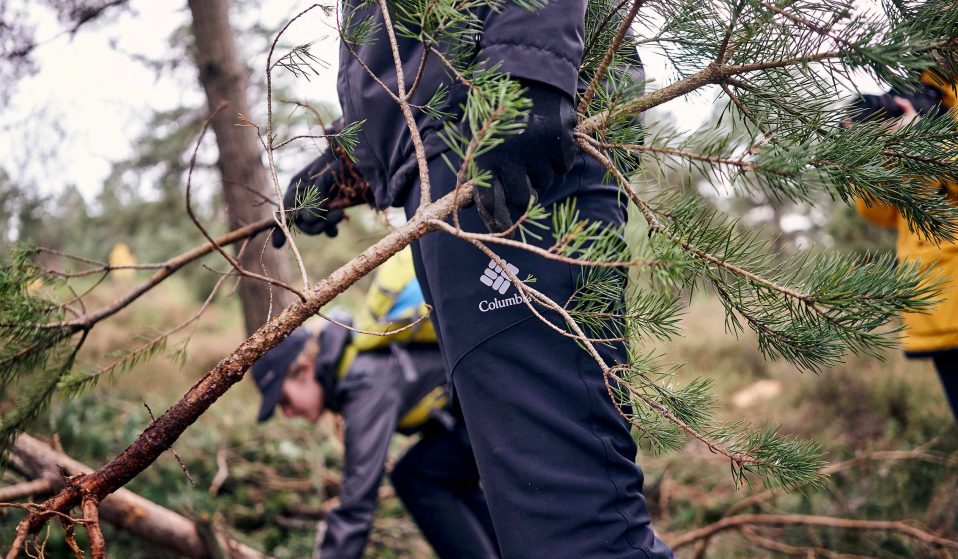 The outdoors has a diversity problem. But while many are quick to blame ‘cultural differences’, the problems are far more complex.

The outdoors has a diversity problem. But while many are quick to blame ‘cultural differences’, problems surrounding participation are far more complex. Dhruva Balram explores how organisations can help bring about change.

“I told black friends of mine that I’m going mountain biking – they looked at me and laughed,” says outdoor enthusiast Phil Young. “My son says that it’s a white person’s sport.”

An ardent lover of nature, Young – who is mixed race – often finds himself as one of few people of colour enjoying the great outdoors. In a recent study, Natural England announced that just 26.2 per cent of black individuals spend time in nature, compared to 44.2 per cent of white people. According to a separate report, only 1 per cent of visitors to UK national parks come from a Black, Asian, Minority or Ethnic (BAME) background.

When discussing such a lack of diversity and inclusivity in the outdoors, ‘cultural differences’ – different customs and lifestyles – are often the lightning rod upon which problems are laid. In reality, the problems are complex: they’re systemic, institutionalised and deep-rooted. In response, Columbia, in partnership with UK National Parks, are aiming to combat these issues, highlighting work they’ve done that brings under-serviced communities into the outdoors. But what else needs to be done?

Of the 8.1 million people who identify as BAME in the UK, only 24 per cent regularly visit the natural environment for recreation. When marginalised individuals do head to these spaces, it may not be suited to them. “For instance, if you’re going to the countryside and you’re Muslim, you go to the cafe up the mountain, all they [may] have is ham sandwiches,” says Young, who is currently researching the subject of inclusivity in the outdoors.

One of the key findings from a diversity review commissioned by the Department for Environment, Food and Rural Affairs highlighted that, despite finding the natural environment of value, BAME individuals had negative perceptions of it as a social environment. Namely, feelings of exclusion coupled with being conspicuous in what they perceive as an exclusively ‘white, English’ place.

It certainly doesn’t help the stigma to see adverts and promotional material featuring mostly white, middle-class males, brandishing equipment worth thousands of pounds in a location that feels thousands of miles away. As Young rightly suggests: “How is a black kid in Walthamstow ever going to be inspired by that?”

Though these advertisements may seem inspirational, the reality is that, for many in the BAME community, it often seems unachievable. They don’t see themselves represented. 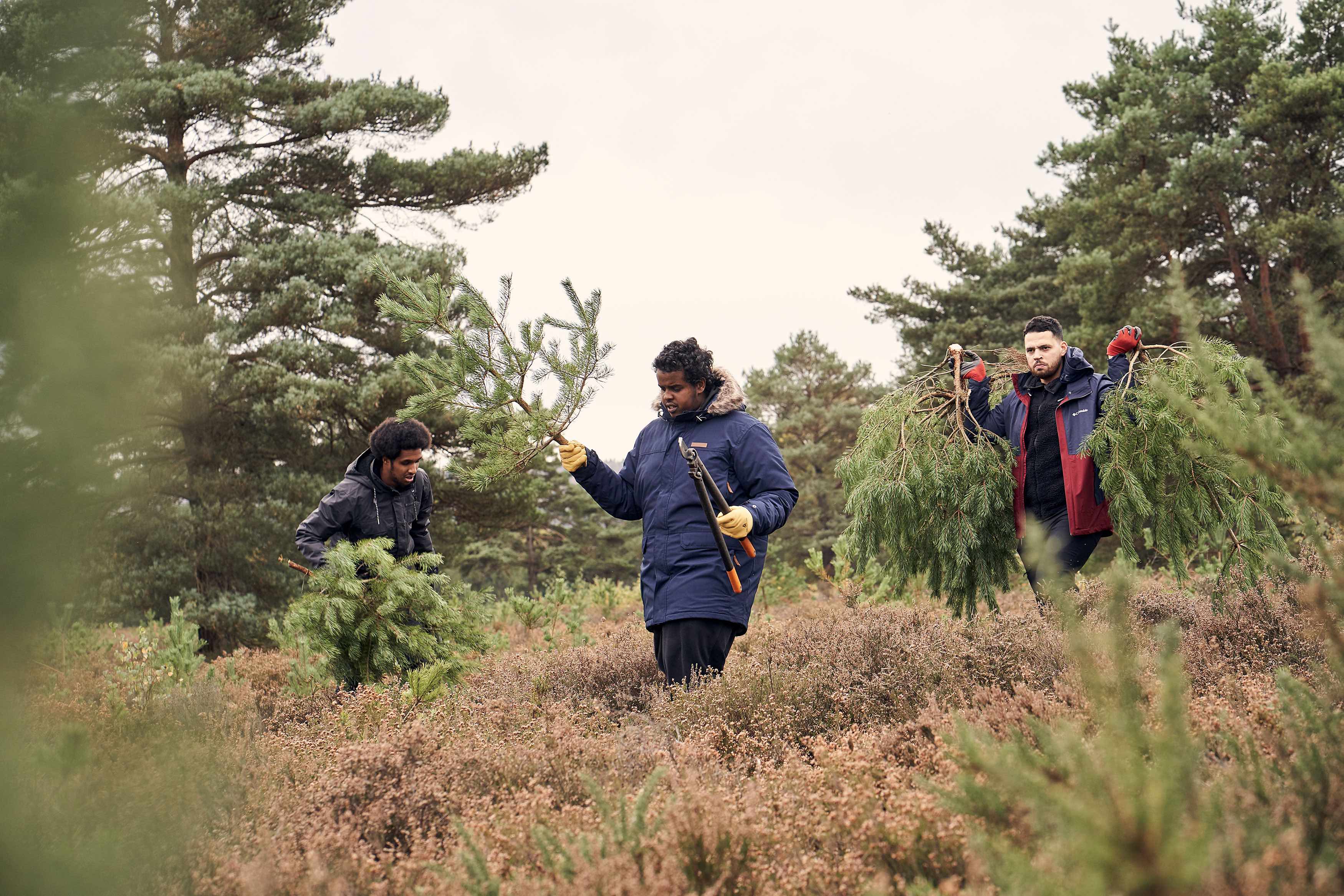 Navjeet Sira, the Director of the Change Foundation, wants to change that. Active for over 30 years, the charity are working to transform how the BAME community approaches the outdoors from an early age.

Working with approximately 500 young people across London, Newcastle and Birmingham, the organisation aims to recruit and reach out to “young people that are not in a system”. At a minimum, Sira’s organisation works with children for up to 12 months, though some have been with the Change Foundation for 10 years. The fixes here are not expected to occur overnight. Rather, small incremental changes made by brands and organisations can create widespread societal shifts in the mindsets.

“We know that visitors who are young, BAME [and] disabled are underrepresented in our visitor profile,” says Amanda Elms, Learning, Outreach and Volunteer Lead for the South Downs National Park. Responding on behalf of the park, she explains that that education and engagement is at the heart of it all. “We want everyone to understand that the National Park is there to be enjoyed and to know how to access it.”

Overcoming barriers, of course, is no easy task – but a number of different groups and organisations are working towards change. For instance, Black Cyclists Network, a group who aim to connect cyclists from BAME backgrounds, are working to transform the idea of what people from BAME backgrounds can achieve in sport. Elsewhere, Wild In The City – an organisation that want to make nature in the UK more inclusive – are working with communities to ensure both adults and children are encouraged to interact with the outdoors by making them aware of its benefits.

Considering that by the age of 25, more than 25 per cent of people of colour stop using the outdoors as their main activity, there’s certainly a job to be done when it comes to raising awareness around such schemes and initiatives, and thus ensuring that the number of BAME individuals in nature rises. In terms of responsibility, much of it must fall on the National Parks and outdoor corporations.

The South Downs National Park, for instance, is attempting to destigmatise the outdoors for individuals without immediate access to the parks. 80 per cent of all BAME people live in urban environments (areas with at least one million people), the ones who do visit natural environments are largely doing so close to their home – usually within just 1-2 miles – which limits what, and where, they are able to experience. To counteract, South Downs has set up a school travel grant scheme, making sure that young people who are less likely to visit the park get their chance to have a “wow’ moment” on top of the downs. (According to Amanda Elms, 69 per cent of the schools in and around the area enjoy at least one field trip each year.)

The organisation has also created ‘Miles Without Stiles’ – resurfaced routes with even ground, no turnstiles and gates – within the park, to help those with limited mobility. On top of that, a dedicated health and well-being officer will be delivering a strategy to engage underrepresented groups when it comes to sharing the mental health and general wellbeing benefits of being outside. 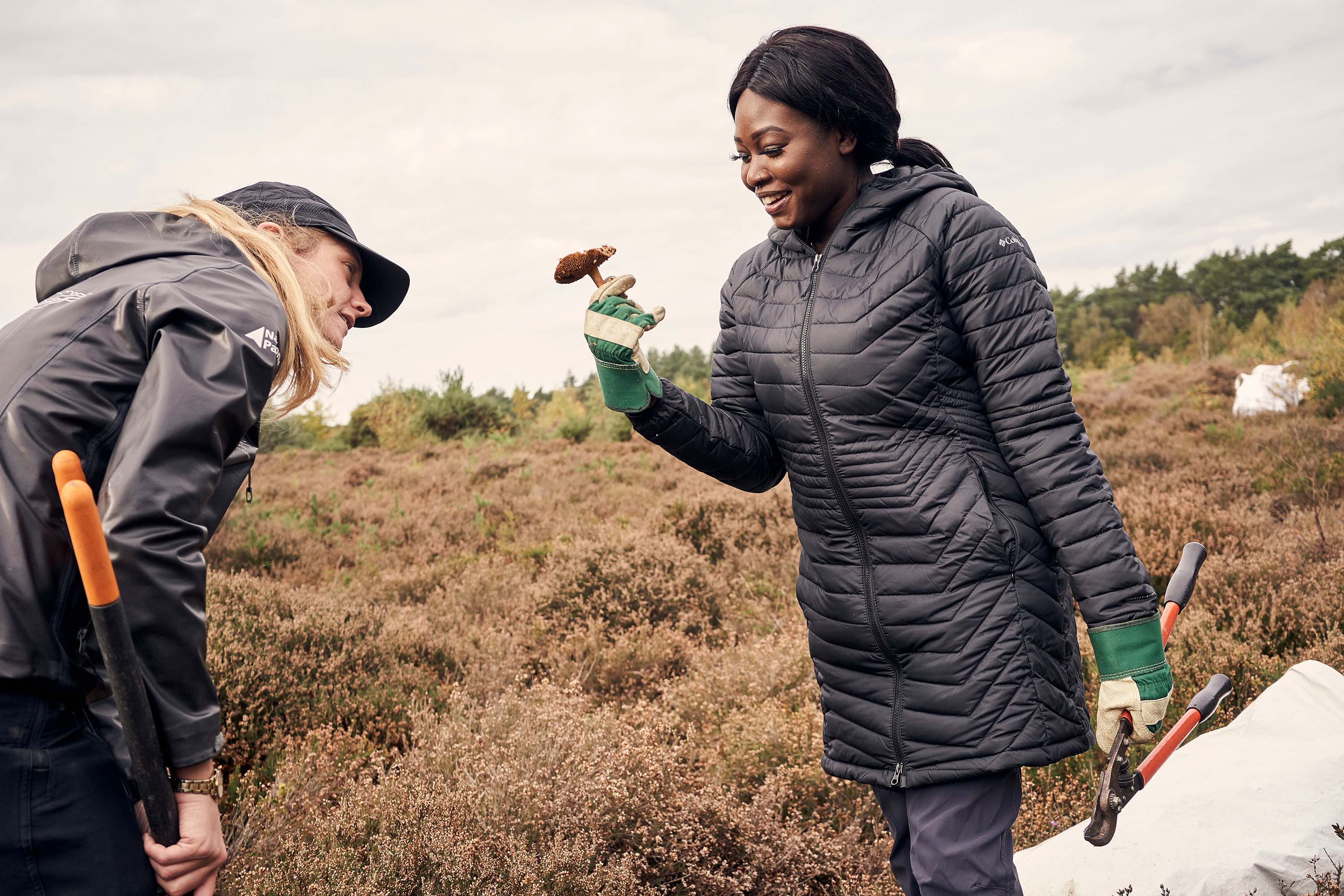 “We are aware that there are barriers,” Elms says. “Through the wide range of education, engagement and volunteering opportunities we offer, we’re helping people to recognise this incredible resource on their doorstep. Whether it’s for recreation, health and wellbeing, learning or working for nature, everyone is welcome here.”

Navjeet, meanwhile, believes that there is an inherent fascination when it comes to the great outdoors among young people. “It’s one thing that’s universal amongst all of us,” she says. “Take a group of young people out of their existing environments and give them a residential experience somewhere else – predominantly somewhere in the outdoors – and it has a profound lasting effect on them.”

“Not only do they remember that experience, but they also use it as something to share,” she continues. “It becomes a catalyst in their skill development, in their mindset development. It’s universally proven over and over again in the youth sector that these experiences take you on a journey that you won’t even realise and this needs a lot more investment. The more we can do that, the better it is.”

Columbia is the official outfitting partner of the UK National Park Rangers and provides the gear you need to keep warm, dry and protected so you can stay outside for longer.

Linkedin
RELATED ARTICLES
OTHER ARTICLES
Rogue landlords are exploiting young and inexperienced renters and leaving them in mental and financial turmoil, reports Niall Hignett.
In his 2008 series, the photographer pictured himself as Angela Davis, Martin Luther King Jr., Malcolm X, and other prominent figures.
The idea that a younger generation is abandoning work has become a popular narrative online, but it doesn’t necessarily reflect reality.
A group of young Palestinians have found temporary freedom in the act of parkour, reimagining wreckage and ruins as a series of high-octane playgrounds.
By turning a real-life crisis into daytime television fodder, TV bosses have once again shown themselves to be completely out of touch with audiences.
A new project is documenting formerly incarcerated people as they transition back into civilian life.