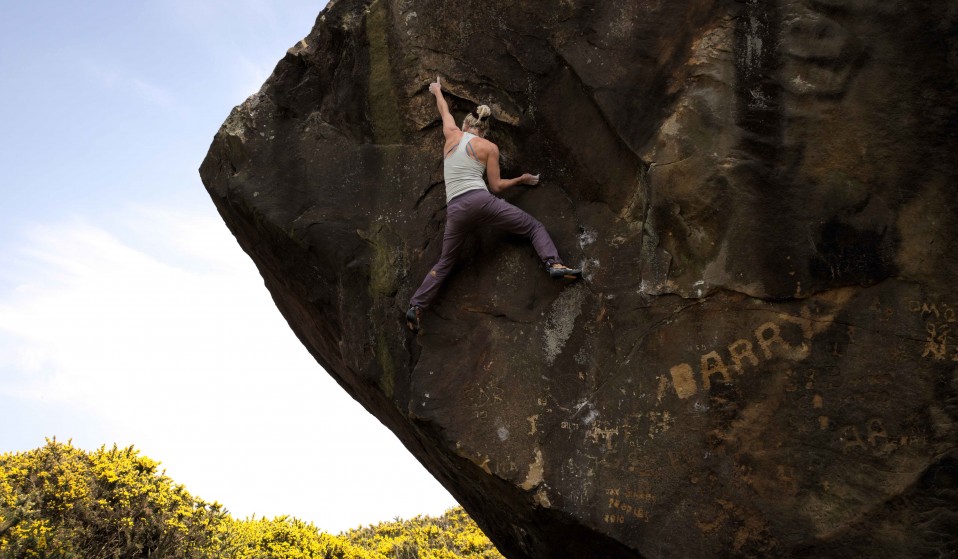 For over a decade, Franco Cookson has been roving the treacherous crags and cliffs of the UK national park – pushing himself, and trad climbing, into dangerous new realms.

For over a decade, Franco Cookson has been roving the treacherous crags and cliffs of the UK national park – pushing himself, and trad climbing, into dangerous new realms.

Every weekend, and on evenings when the light and weather permit, 26-year-old Franco Cookson heads out into the wilds of the North York Moors.

He’s a climber, and it’s an obsession. Repeating one move hundreds of times, shedding a stone in two weeks, and falling 20 metres onto rocky ground – all necessary steps in his mission to push himself, and trad climbing, into new realms.

Since the age of 13, he’s roved the crags, quarries and coastal cliffs of the sparsely populated national park, seeking routes on which to test his mental and physical boundaries.

“The North York Moors is for people who love natural beauty and solitude,” says Franco. “There are real areas of wilderness, valleys where there aren’t even houses.”

He developed an interest in trad – the riskiest form of climbing, and one which sees climbers abandon typical set routes. “In trad, ‘if’ and ‘can’ are synonymous,” he says. “If you can do it, then do it. If you don’t do it, you can’t do it. There’s absolute danger, which you mitigate against with your own skill and removable protection.”

That protection is often a harness and rope, which he moves between temporary hooks edged into cracks or onto ledges during the ascent. If there’s nowhere to place the hooks, he can ‘solo’ the route instead. 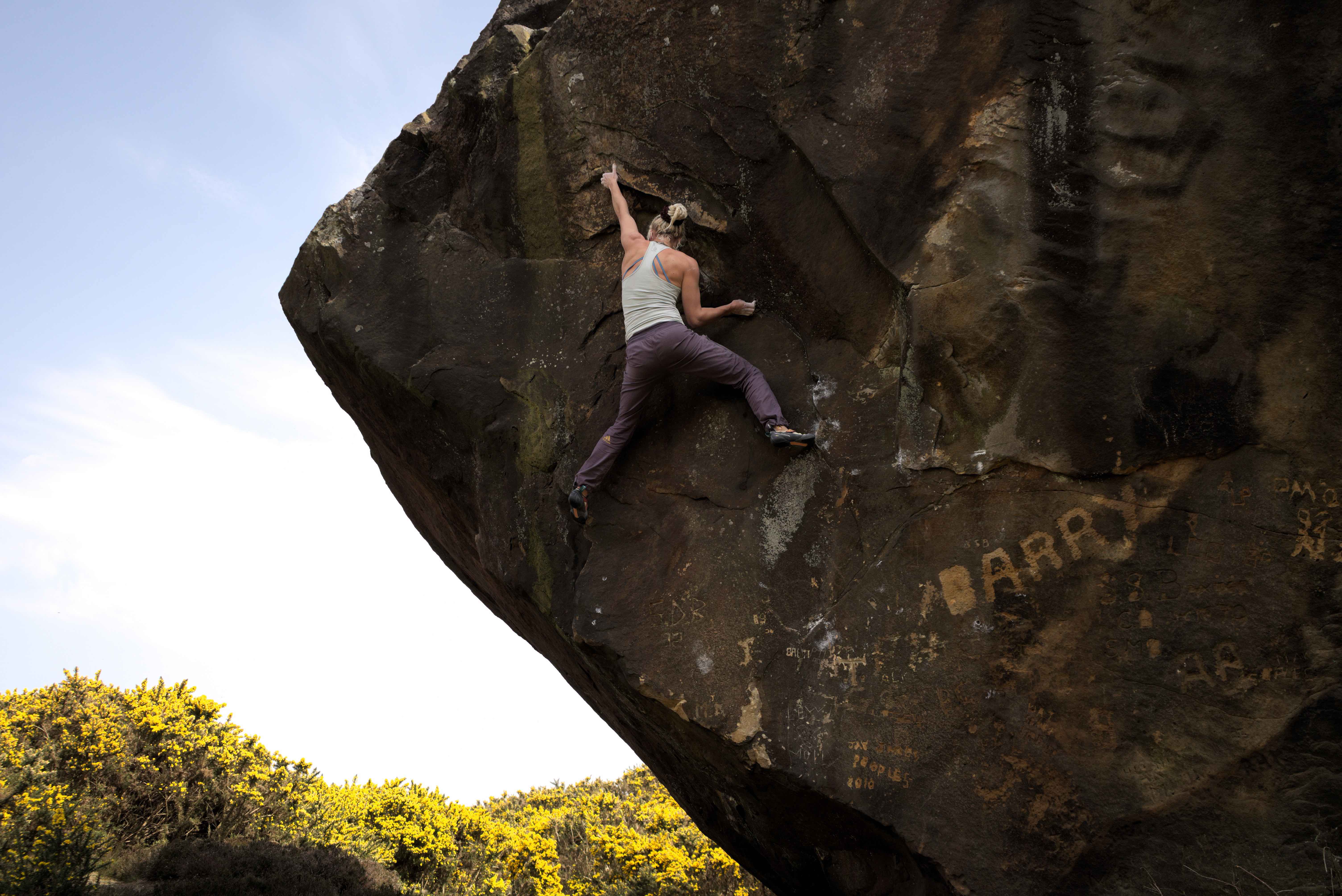 “Soloing is a totally different headspace,” Franco says. “You’re on the wall and the only way is either falling off or making it to the top. It’s not really a sport when you start soloing. It’s more akin to a spiritual experience. You’re not just accepting the risk, it is the main thing you’re doing and you have to accept both outcomes.”

Franco has faced the worst of the two: “I fell 20 metres and, at that height, you wouldn’t expect to live.” He was fortunate to escape with a broken coccyx.

This autumn in the Peak District reinforced his devotion to the North York Moors. “These days I’d only do a dangerous route that was emotionally important to me,” he says. “Places I spent my childhood – it’s very easy for them to feel amazing. Then the splendour and beauty of the natural place is very important. And people are very easily forgotten in climbing, but they’re a massive part of it. It’s a really good, friendly scene.”

Franco has built a reputation among UK climbers as a “rock star” and “larger-than-life character” – and, as he explains, reputation is everything: “It’s an honour-based sport.” The first climber to complete a route grades it and names it. It’s up to the community to accept their judgement – or challenge it. 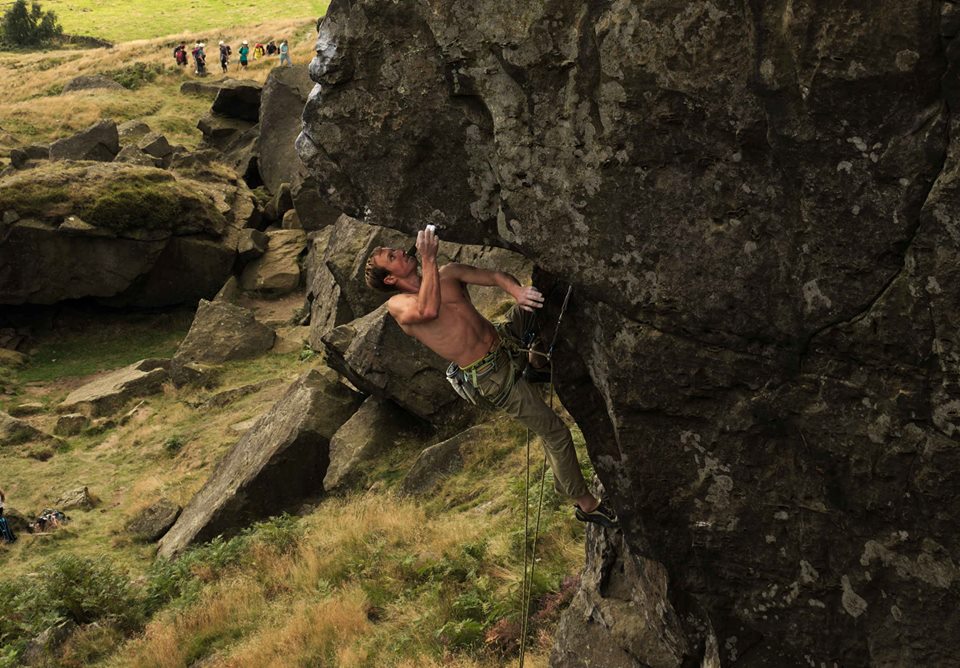 He’s also known as a champion of the North York Moors. He’s been the first to complete more than 100 climbs in the national park and has discovered a new coastal crag. He even hosted a festival to bring new climbers to the area.

Franco’s dedication to the Moors has been seen as a weakness by a minority in the community, who’ve suggested he should master other people’s crags elsewhere. “Ideally I would have, but there is already too much unclimbed rock without having to spend valuable time on established routes,” he counters.

Time is crucial on dangerous routes. Franco practises every move to perfection, but if he takes too many months then someone else might beat him to the first ascent. To conquer his most controversial Moors climb – Psykovsky’s Sequins, a sheer slab where the lack of ledges and fissures to grasp meant pulling himself up using a single finger over and over – he rehearsed around 1,000 times before shedding his rope.

“If it’s something near your limit, then it’s beyond memory,” he says. “You’ll hold a certain finger a certain way… have your hips at the right height. If you’re not having to get it that tight, then you’re nowhere near the limit of what you’re able to do.” 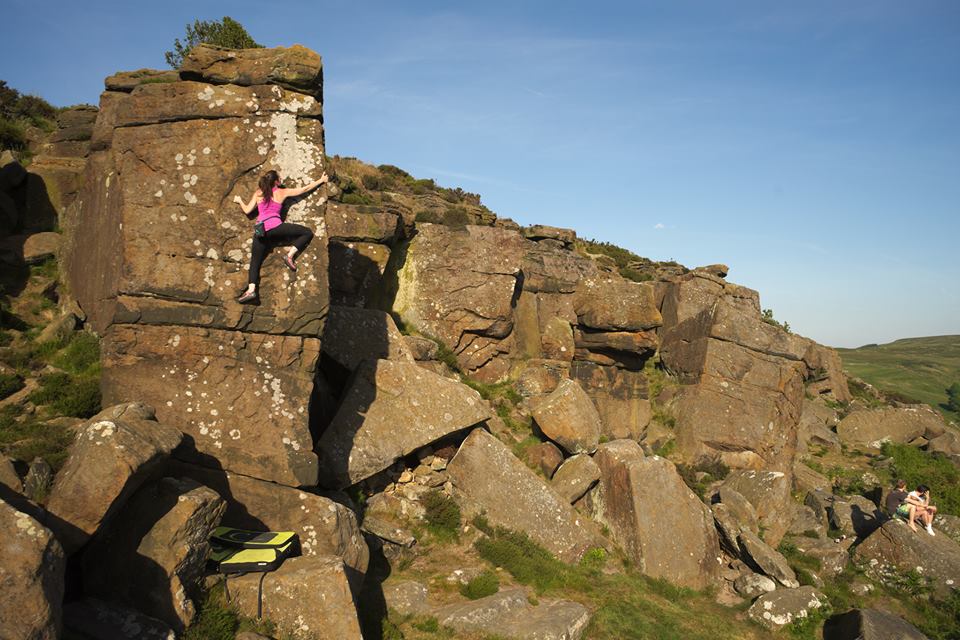 Even with this level of preparation, Franco says it’s tricky to know when you’re ready to solo. “The closer to your limit you get, that line is harder to see,” he says. “A couple of the routes I’ve done, I knew I was never going to feel solid on them, so I just went for them anyway – I think that’s the future of trad climbing.”

“It’s going to require an entirely new philosophy… [it] has to be almost like a holy war, where you’re so invested in it.”

True to his dogma, Franco recently quit his full-time job to concentrate on climbing. Eventually, he plans to branch out beyond his beloved Moors. “I’ll always go there, but I think there’s nothing left that’s next level,” he says. “I know all of the crags totally now. [I’ll do] some shorter, brutal climbs in the north-east and then explore some wilder big stuff in the Lakes, Scotland and Cornwall.”

But first, Franco is writing a book to tempt climbers to the North York Moors. Among maps of the crags, he’s written about the history of the area and its climbing community, with profiles of others who love the Moors, many who’ve supported him to success.

“Doing the guidebook is brilliant,” he says. “It’s almost the conclusion to all of my climbing there.”

Linkedin
RELATED ARTICLES
OTHER ARTICLES
Whether it's partygate, the climate crisis or the spiralling cost of living, the fightback begins on the picket lines writes Tommy Vickerstaff
In the latest instalment of Photographers in Conversation, the chronicler of raves, protests and beyond explains why he’s drawn to such specifically visceral environments.
The last few years have seen an increase in LGBTQ-led initiatives to feed the hungry, with many finding ways to stay afloat despite the challenges.
Finland-born photographer Sirkka-Liisa Konttinen looks back on her decades-long documentation of life in Northern England.
With inflation now at a 40-year-high of 9 per cent, demonstrations organised by TUC took place to demand action from the government.
LGBTQ+ students are keeping the spirit of the original Pride alive by fighting for liberation for everyone, not just their community.