Outdoor / Adventure / The women kayaking 4,000km from London to the Black Sea 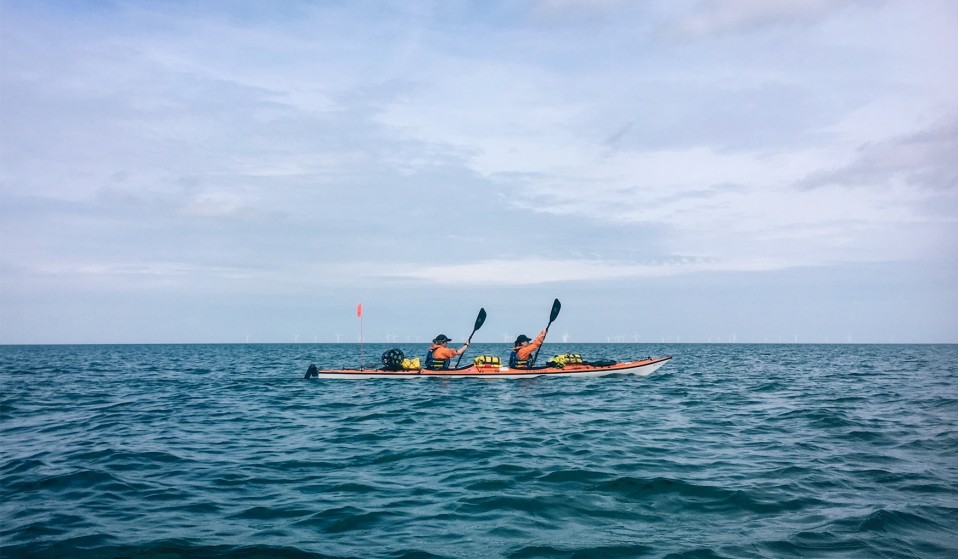 Kate Culverwell and Anna Blackwell are more than a month into a mammoth expedition that will see them paddle a tandem kayak across Europe.

Kate Culverwell and Anna Blackwell are more than a month into a mammoth, continental expedition that will see them paddle a tandem kayak named Benji across Europe. As they set up temporary camp in Belgium, we speak to the adventurers about the trials and tribulations of their journey so far.

In a Belgian town, Kate Culverwell and Anna Blackwell have set up camp in the home of a kind stranger.

They’re more than a month into a 4,000km expedition, which will eventually see them paddle a tandem kayak across Europe, from London to the Black Sea.

After a steady few weeks of progress, the wheels they use to manoeuvre their kayak around canal locks have been stolen. They’re stuck for a couple of days until new ones arrive, but are keen to get on, excited by the prospect of reaching the Danube.

The trip was devised by Kate, 20, in memory of her father, who passed away from pancreatic cancer while she was still at school. She and her dad loved rowing, so her idea to cross Europe via its canals and rivers is apt.

She set a fundraising target of £50,000 for Pancreatic Cancer Action, and decided to incorporate environmental research, analysing water pollution at regular intervals and sending the data to FreshWater Watch. 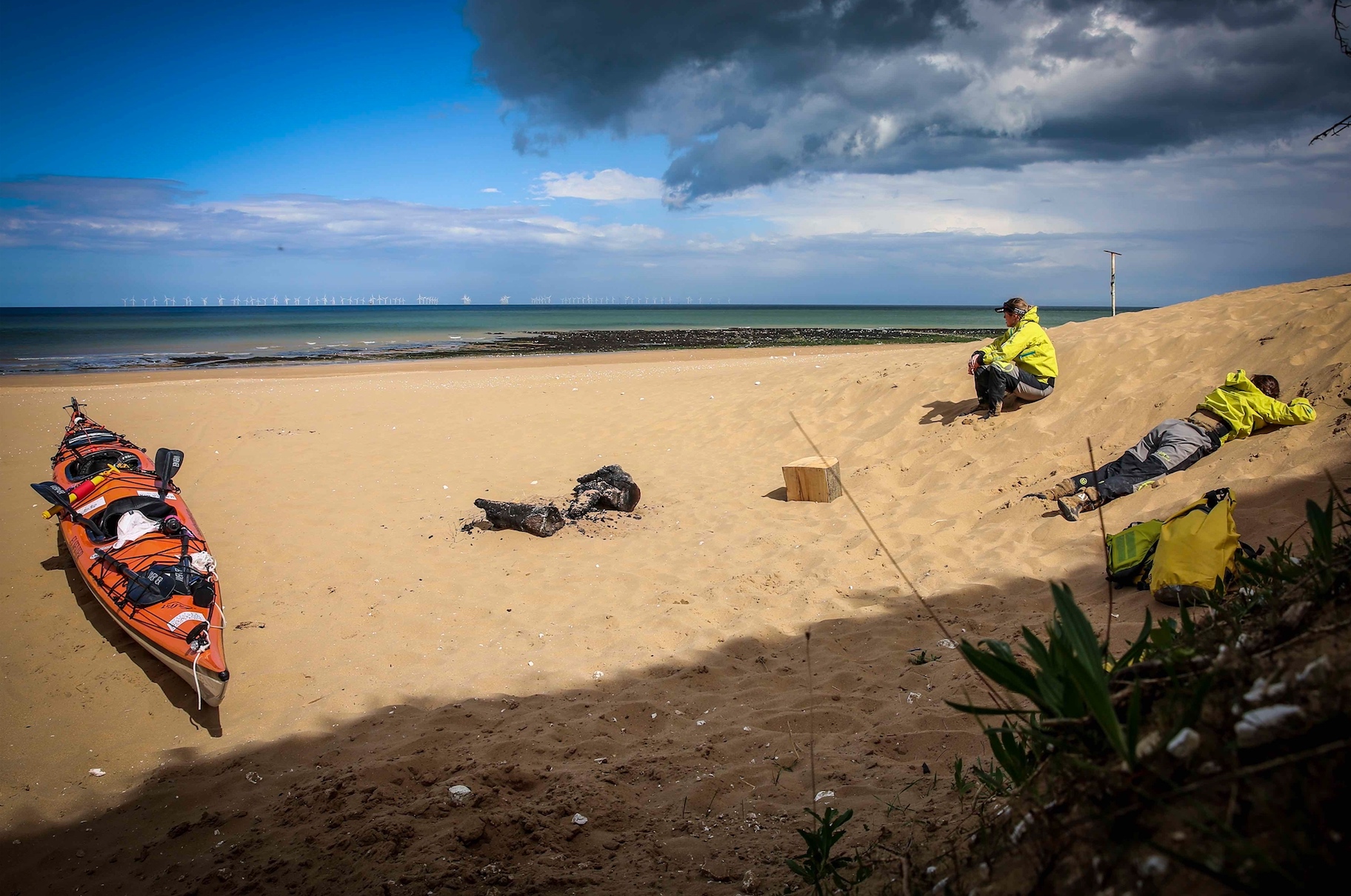 Kate, where did the idea come from – and when did you start to make it happen?
Kate: I wanted to do a large-scale trip to raise money in memory of my father. I decided it would be cool to go from sea to sea and, being a rower, I was intrigued by the rivers. I looked into it further and got quite obsessed with the idea.

I put up an advert for a teammate and had about 80 replies from women all over the world. Then Anna messaged, and it turned out we were both living in Oxford. We met in November and got cracking straight away. It was great having Anna along because she’s got so much experience [in] planning and organising. The teamwork was really good.

Anna: Considering we’ve only known each other for six months, we get on phenomenally well.

What else did you have to consider before you set off?
Anna: A big part of it was the training. We’ve both kayaked before, but in a recreational, low-key way, so we had to get our kayaking skill level up. We joined a kayaking club in Oxford.

Kate: Being a competitive rower is a lot different – this is a long-haul trip, rather than a two-day race. The mindset switch was quite difficult for me and occasionally my competitive side would come out, which Anna wasn’t too keen on! Then it’s all arms, so getting the upper body strength up, going to the gym a lot… my strength and conditioning background from rowing was good. 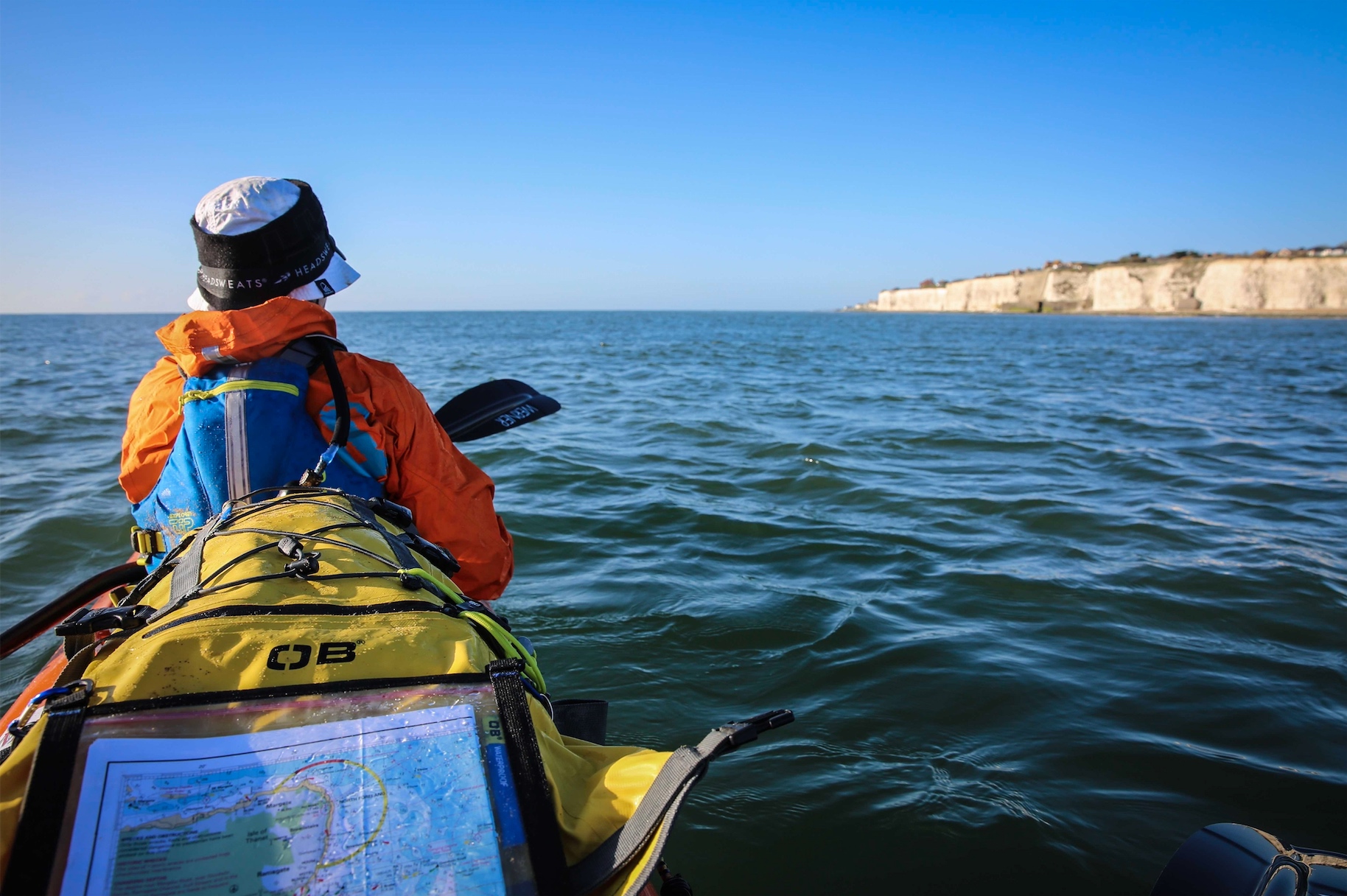 How are you finding the physical challenge?
Anna: It’s been going very well. Each day we have an idea of the distance we need to cover, so we can take our time doing it. I think the hardest aspect so far – physically and mentally – are the locks. We have to get our kayak and kit out of the water, haul it up the bank, and some of the banks are covered in nettles, rocks and ticks.

Once we’re back on the water and paddling, that’s the most enjoyable bit for us. You don’t have anything to worry about. Our focus is just paddling to the next break.

Tell us about your average day.
Anna: We get up at about 9am, then snooze the alarm because we’re cosy in our sleeping bags. We have a mountain of chocolatey cereal and a couple of cups of coffee. Then, we paddle until 7 – 8pm in the evening. We stop off for a couple of snack breaks and lunch. Then we pitch up the tent, I cook dinner and Kate’s on washing-up duties – then Netflix and chill!

One of the slightly scary things is that we’re sharing the canals and rivers with really big cargo barges, which are 80-100m long. As they approach, the water level drops, then there’s a drag and we have to paddle so we don’t get pulled into the rocks. Following it, there’s a big wash, so we’re then trying to paddle through waves. The first time a barge went past us, we were both quite twitchy! 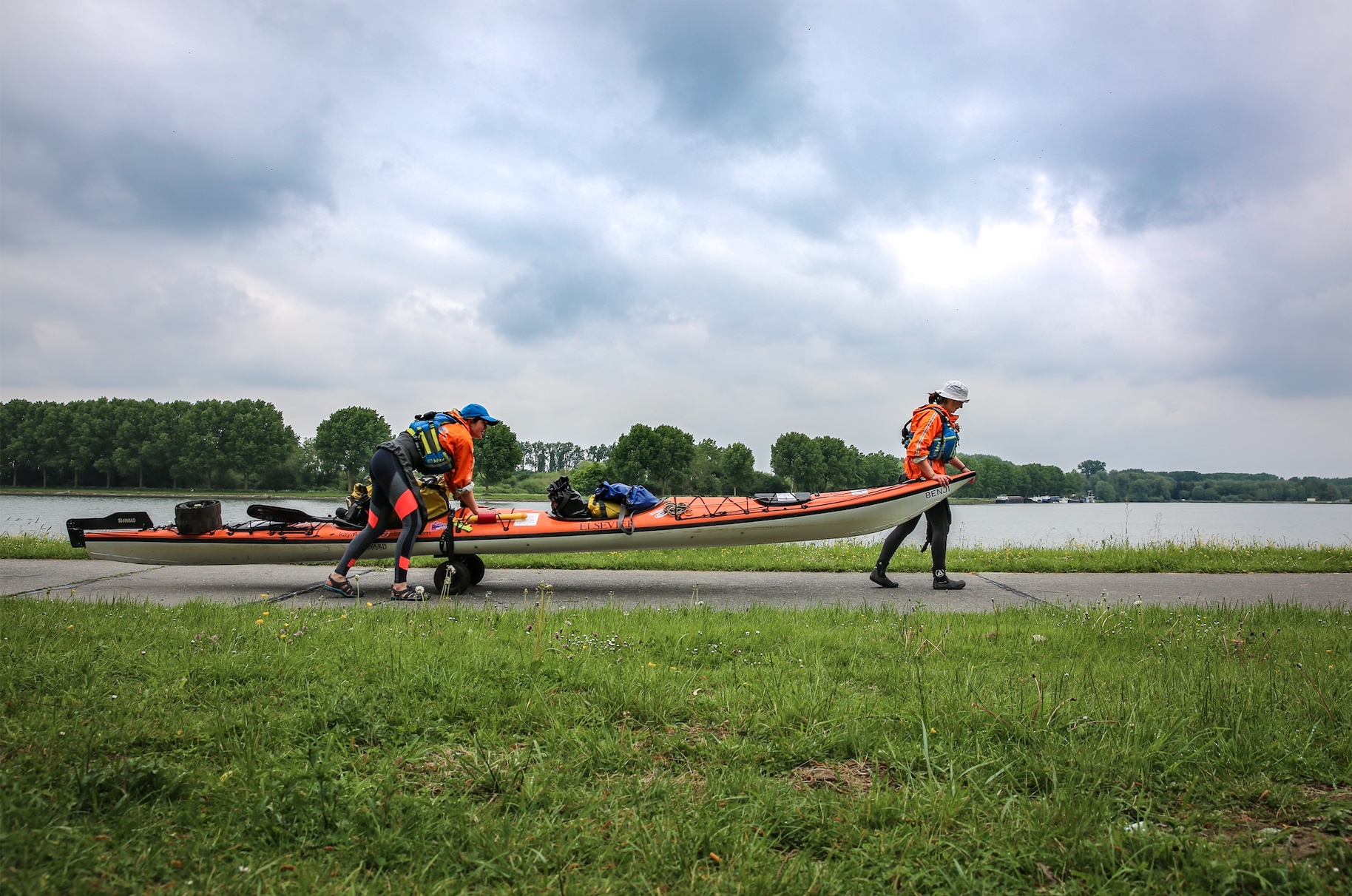 Is wild camping challenging – are you missing any home comforts?
Anna: Finding places where we can wild camp has been challenging. [On] a lot of the riversides, there’s a towpath, then a fence, so finding places where we can tuck away from the path has been hard – there’ve been a couple of mosquito-infested woods. Other than that, once we close the tent, we feel pretty safe and comfortable.

What’s been the most memorable day so far?
Anna: Paddling along the River Scarpe. It was our last day in France by the Belgian border, and it was absolutely magical. We’d spent a lot of time on canals going through industrial areas and there’d been a lot of barges. On Scarpe, there are no motored boats and we had this afternoon and evening [with] the river completely to ourselves. It was really picturesque and idyllic.

Kate: I think my birthday. We set off relatively early with a plan: 28km with a couple of locks, then we were going to shop in the evening and [go] to a campsite. I was really looking forward to it. It got to five o’clock and [we found] Anna had miscalculated and we had eight more kilometres. But then we were given a bottle of wine by the campsite, which was good as a birthday pick-up! 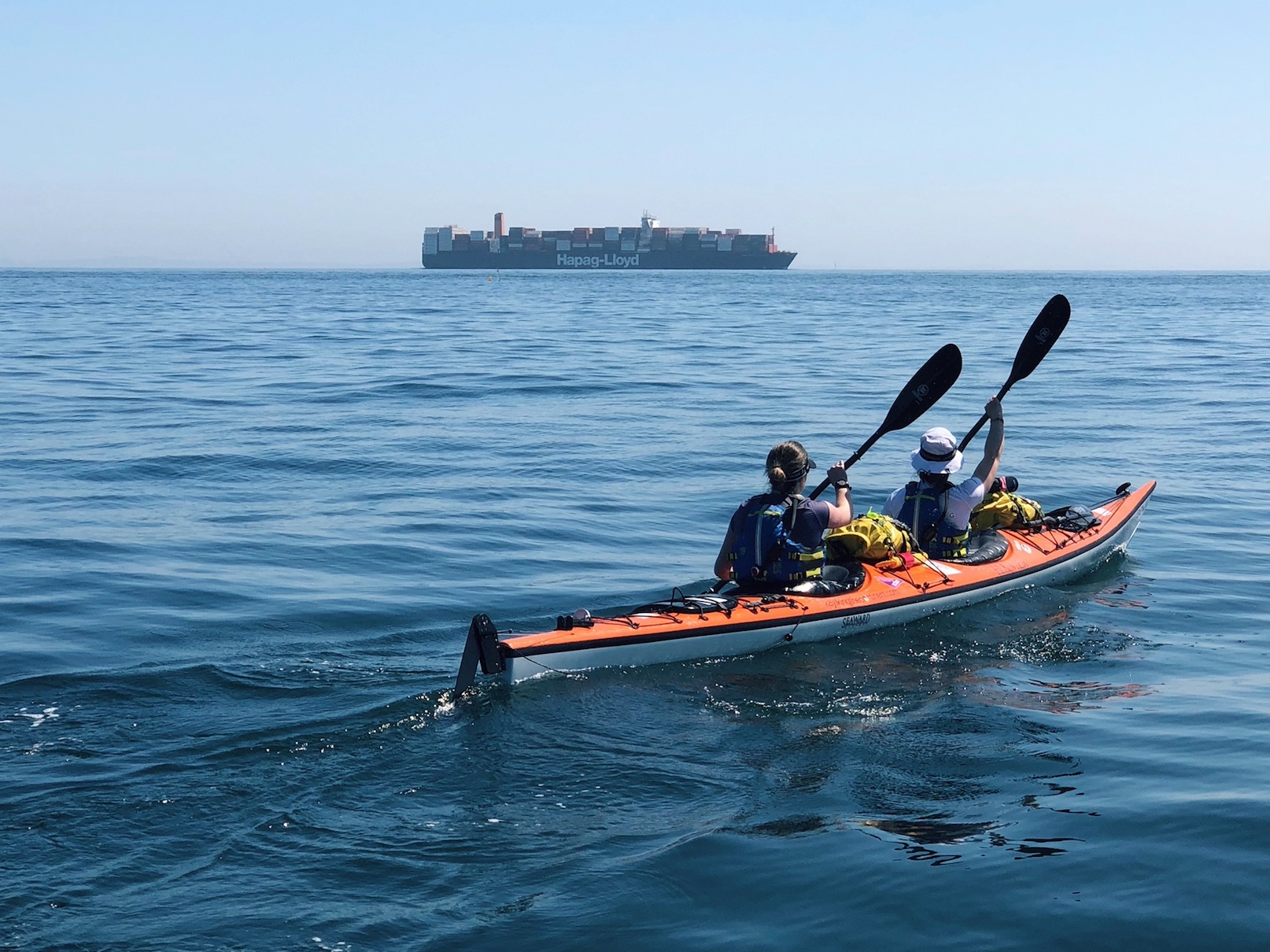 Is there anything about the trip that you weren’t expecting? Anna, you’ve done other expeditions – how does this differ from your previous trips?
Anna: All of the big trips I’d done had been solo experiences. I was curious to see how I would find doing it with another person. It’s been great. Kate and I work so well and we’re so in sync – even with our snacking habits! I think we’re both quite proud of how we’ve coped. This week, when we realised our wheels had been stolen, we could easily have panicked, but we were really practical.

Kate: Obviously it’s quite a personal trip for me, given what we’re doing it for – to have someone that actually gets it is really great. And it’s four months, so having someone to laugh along with helps.

What would you say to others who were thinking of embarking on a similar trip?
Kate: What I like about this trip is that I feel if you put your mind to it, anyone could do it. I like the fact that we started from London, and you just sort of paddle and get where you want to be.

Anna: A lot of people say, ‘what you’re doing is so inspirational, you’re so brave’, but we feel it’s really quite straightforward – as long as you have the right attitude to it. All we’re doing is getting in a kayak each day and paddling. We’re having a really great time. 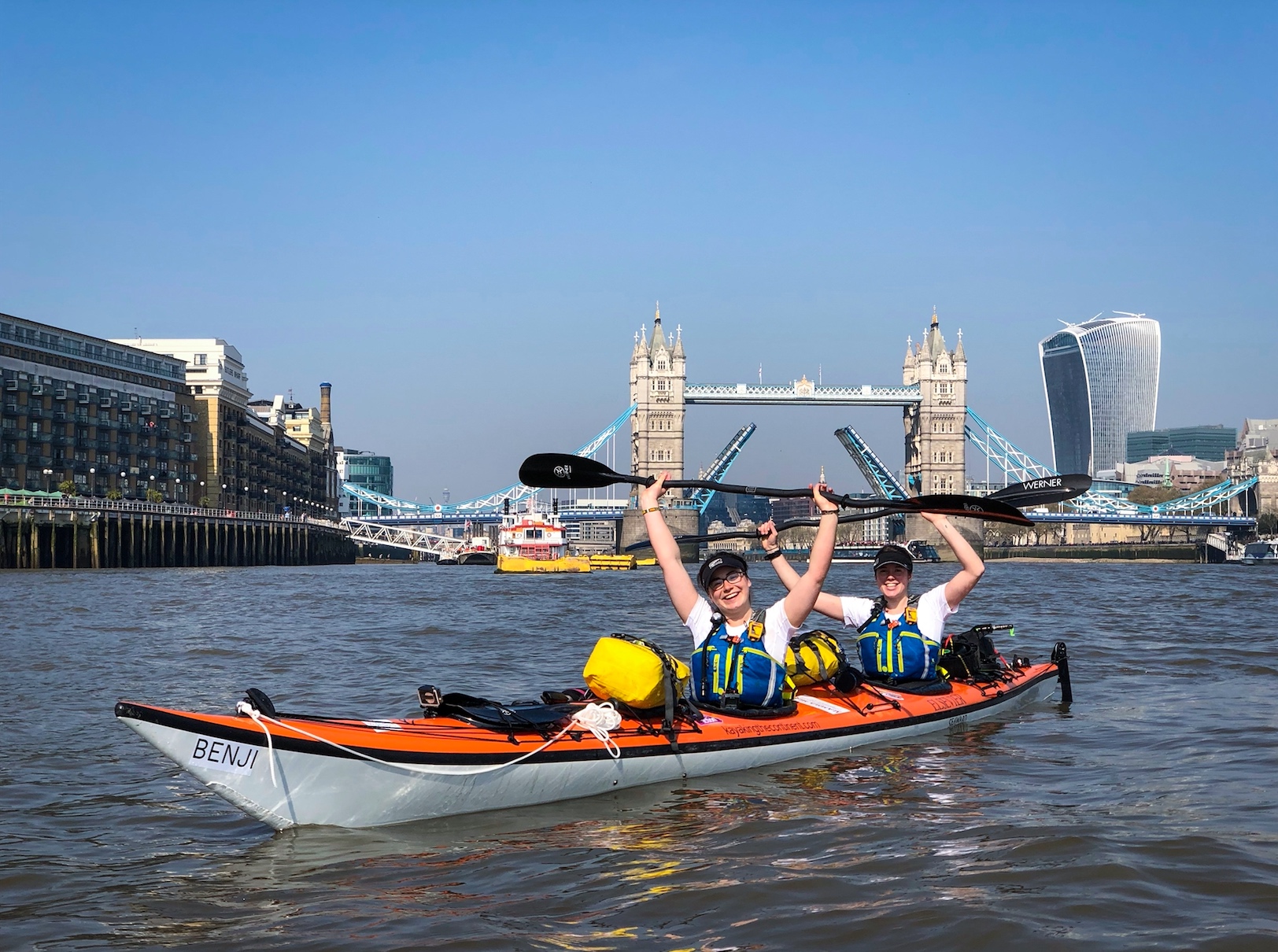 Linkedin
RELATED ARTICLES
OTHER ARTICLES
In the latest instalment of Photographers in Conversation, the chronicler of raves, protests and beyond explains why he’s drawn to such specifically visceral environments.
In the wake of the decision by the supreme court to overturn Roe v Wade, thousands of protestors filled the streets to express their rage and anguish.
Finland-born photographer Sirkka-Liisa Konttinen looks back on her decades-long documentation of life in Northern England.
Photographer Matthew Brookes recalls following a group of young people in Venice Beach living in search of the perfect wave.
Photographer David Hoffman recalls documenting the extreme wealth inequality around Tower Hamlets and Hackney int the 1980s.
With inflation now at a 40-year-high of 9 per cent, demonstrations organised by TUC took place to demand action from the government.