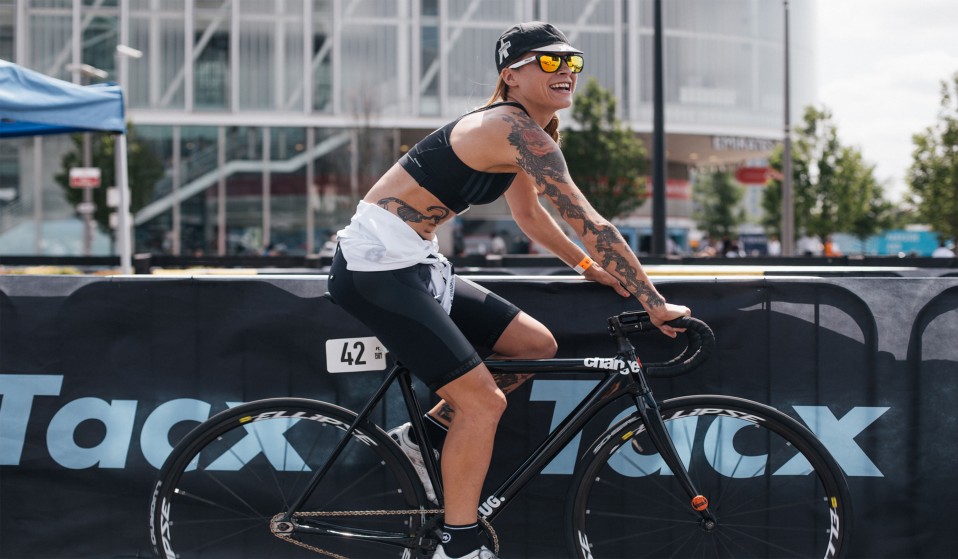 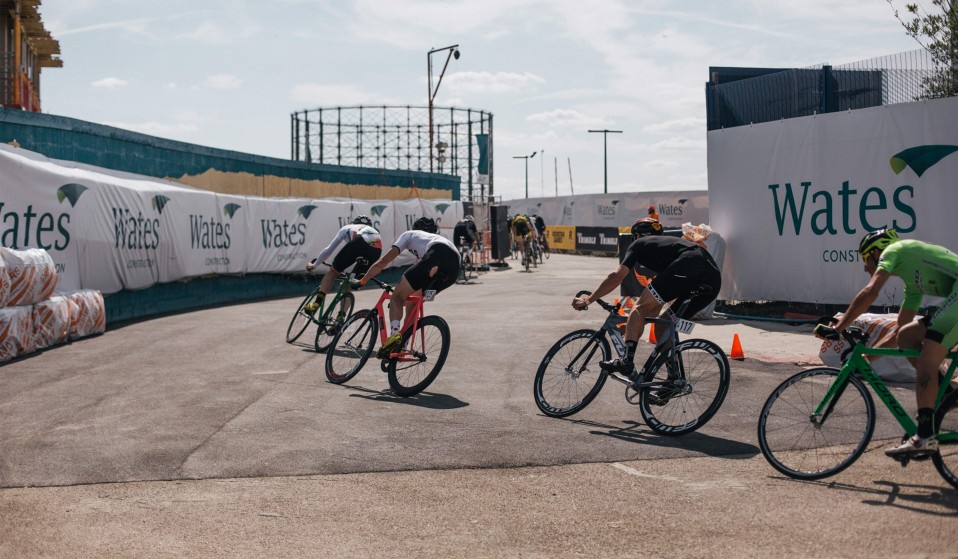 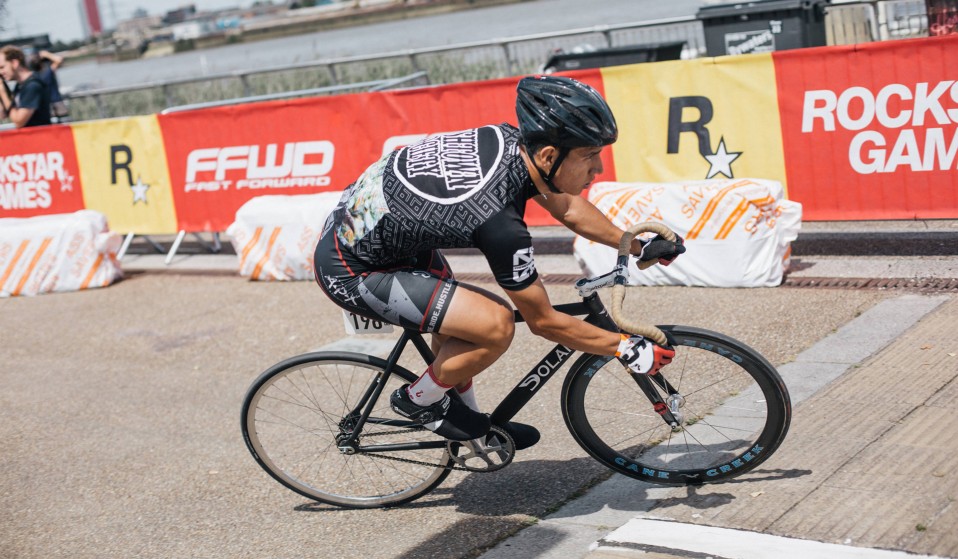 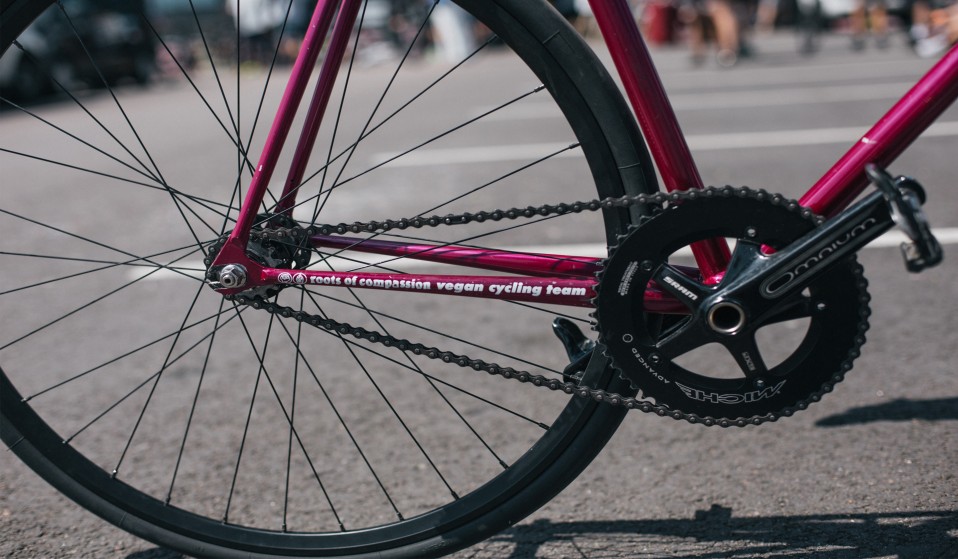 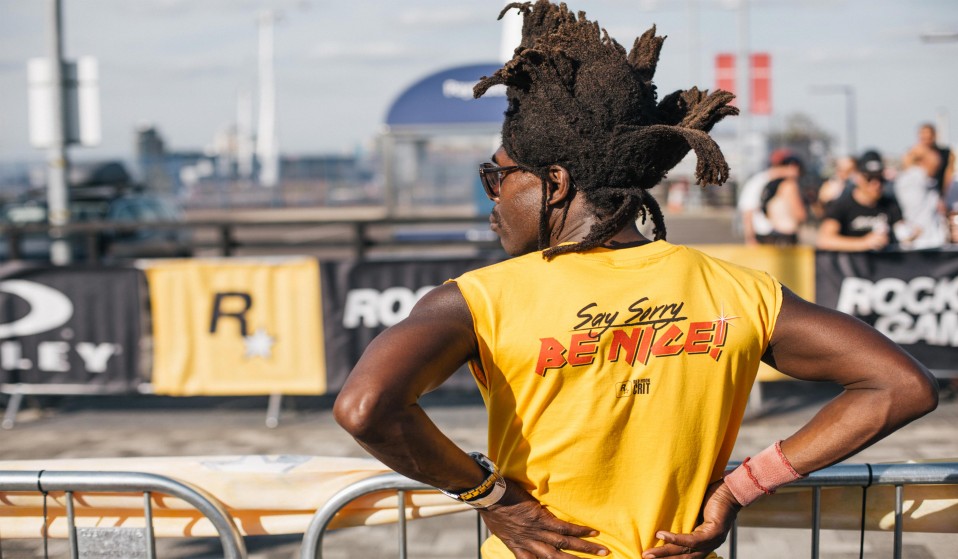 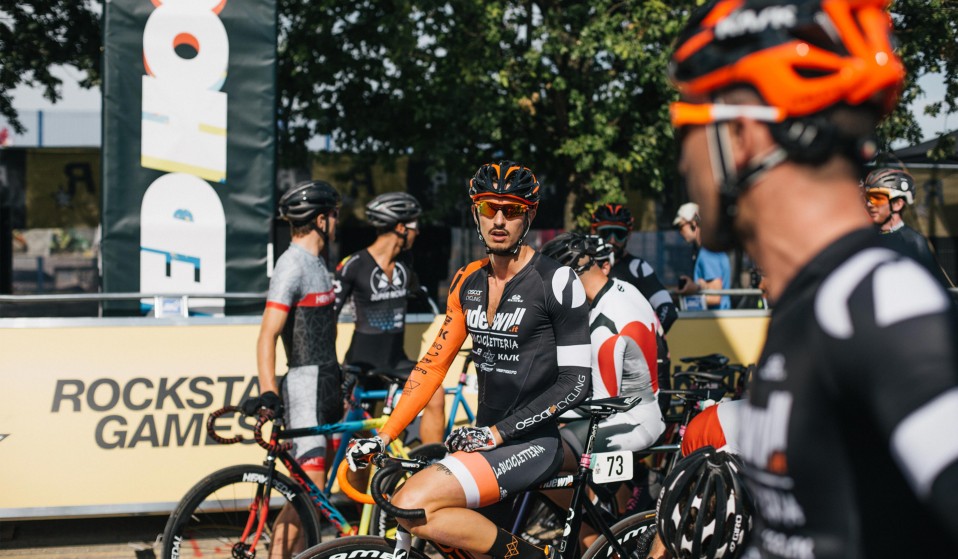 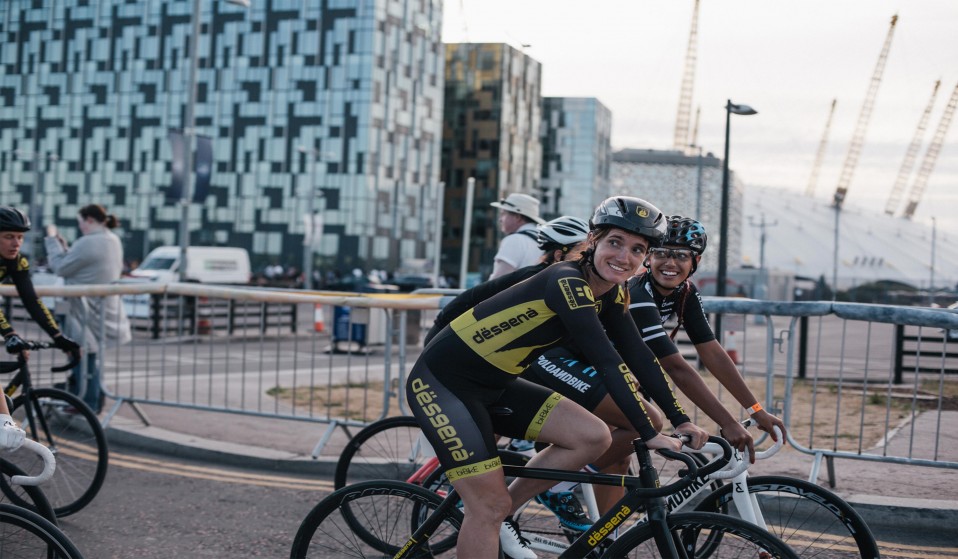 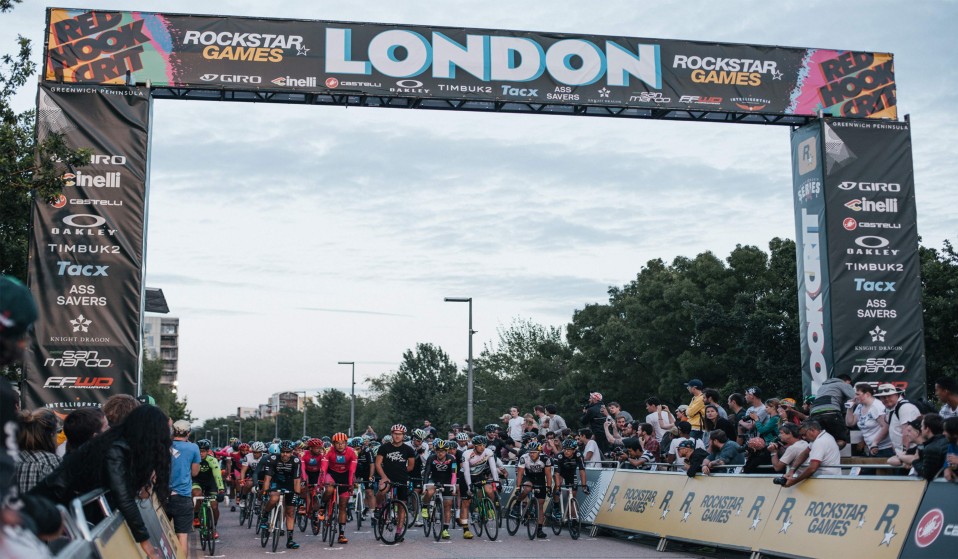 Get to know the community and characters who rolled through London with our recap of the Red Hook Crit.

Get to know the community and characters who rolled through London with our recap of the Red Hook Crit.

Saturday saw the Red Hook Criterium storm through the Greenwich Peninsula bringing almost 200 cyclists from around the world and a buzzing crowd with it. Participants ranged from professional track cyclists to shop teams and messengers. The car park beneath the Emirates airline was transformed into a 1.25km track, which pushed the riders through long sprint sections and technical – at times disastrous – corners. One particularly tight corner claimed a collarbone and completely tore apart one unfortunate competitor’s bike, and air had to be let out of tyres to contend with tarmac made slippery by the heat.

The day began with a very cruise-y women’s qualifying heat; with only 39 entrants, all had automatic qualification for the final that evening. There were then five furiously competitive men’s qualifying races to whittle the field down to a 86 finalists. William Guzman took first place in the men’s race after a fourth place finish in Brooklyn back in April. The women’s race saw Ainara Elbusto Arteaga hold on to the RHC winner’s jersey she picked up in Brooklyn.

For more info about the Red Hook Criterium, head to their website.

Linkedin
OTHER ARTICLES
Steel City is often overlooked when it comes to the country's cultural radar despite its role in shaping electronic music.
Tough fines and arrests for drug possession and supply is pushing festival-goers towards unsafe measures to consume or smuggle in their substances.
Last week, Tower Hamlets council removed its nudity-restricting licensing conditions in a huge win for London’s kink community.
In the latest instalment of Photographers in Conversation, the creator talks portraiture, platforms and taking inspiration from Little Simz.
To mark the premiere of his new documentary on surfing giant Gerry Lopez, the filmmaker and former pro skateboarder sits down to share his unique brand of wisdom.
Students are being left to languish in unsafe housing, in some cases leading to serious health complications.