Outdoor / Six stories of adventurers and their trusted watches 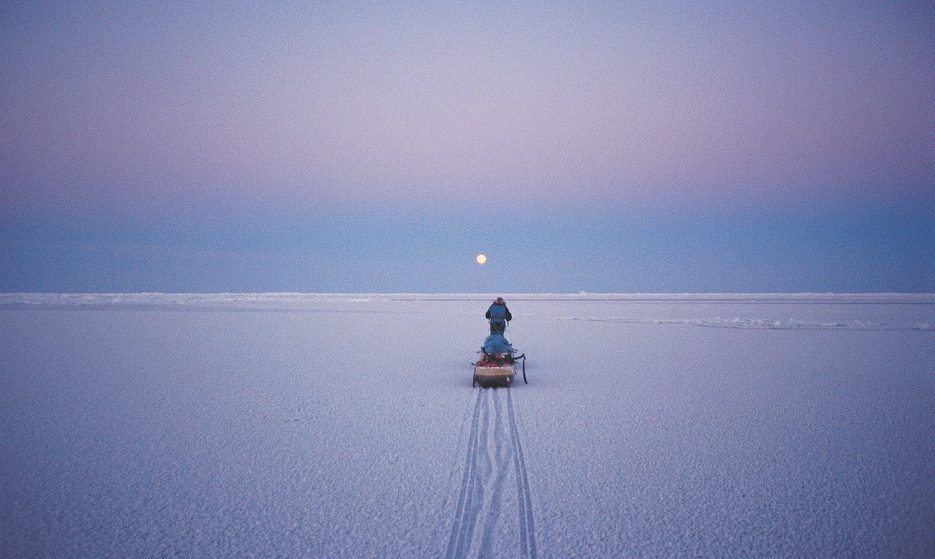 To celebrate their partnership with National Geographic, we take a dive into Rolex’s rich history of joining adventurers on their journeys into the unknown.

To celebrate their partnership with National Geographic, we take a dive into Rolex’s rich history of joining adventurers on their journeys into the unknown.

For over 90 years, Rolex has supported the brave efforts of adventurers and explorers, standing alongside them as they’ve journeyed into the unknown in search of a greater understanding of our planet.

Founded in 1905 by Alfred Davis and his brother-in-law Hans Wilsdorf, the Swiss watchmaking firm was a product of the technological advancements sweeping through society at the turn of the 20th century. At a time when wristwatches were still viewed as fragile, Wilsdorf created the world’s first waterproof one, setting a tone that would carry them for the next century.

In 2017, Rolex teamed up with National Geographic, launching an enhanced partnership which combined their shared interests of advancing human knowledge and raising awareness for the various challenges the planet faces. Focusing on three critical attributes – the oceans, the poles and the mountains – they seek to shine a light on the Earth’s natural wonders, all while inspiring a whole new generation to get out and explore.

To celebrate the second year of the partnership, we rounded up some of the most impressive expeditions that Rolex played a part in: from braving the icy waters of the Arctic Ocean, to reaching the tip of Mount Everest.

Rolex’s first association with an exceptional explorer came in 1927, when British swimmer Mercedes Gleitze (the first woman to swim the English Channel) wore an Oyster, the world’s first waterproof wristwatch. When she emerged after more than 10 hours in the water, so did the watch – in perfect working order. 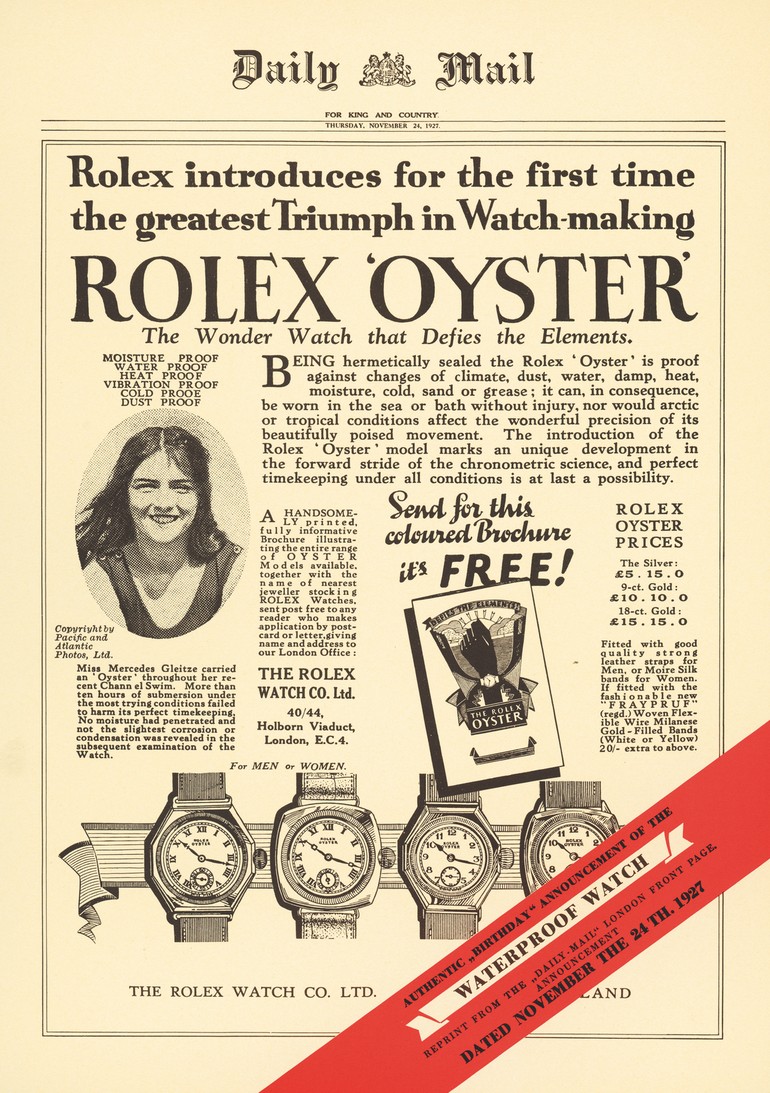 When the Sir John Hunt Everest expedition saw Sir Edmund Hillary and Tenzing Norgay achieve the first ever ascent of the world’s highest mountain in 1953, they did so equipped with Oyster Perpetual watches. For the adventurers – in a situation where oxygen was scarce and timing really did mean life or death – their watches’ reliability was essential.

In 1960, when Jacques Piccard and Don Walsh piloted deep-diving research babyscapthe Trieste to a record depth of 10,916 metres in the Marina Trench, an experimental Oyster watch, courtesy of Rolex, made the voyage with them, strapped to the side of the vessel. In doing so, it withstood the kind of pressure that no human could ever hope to survive. 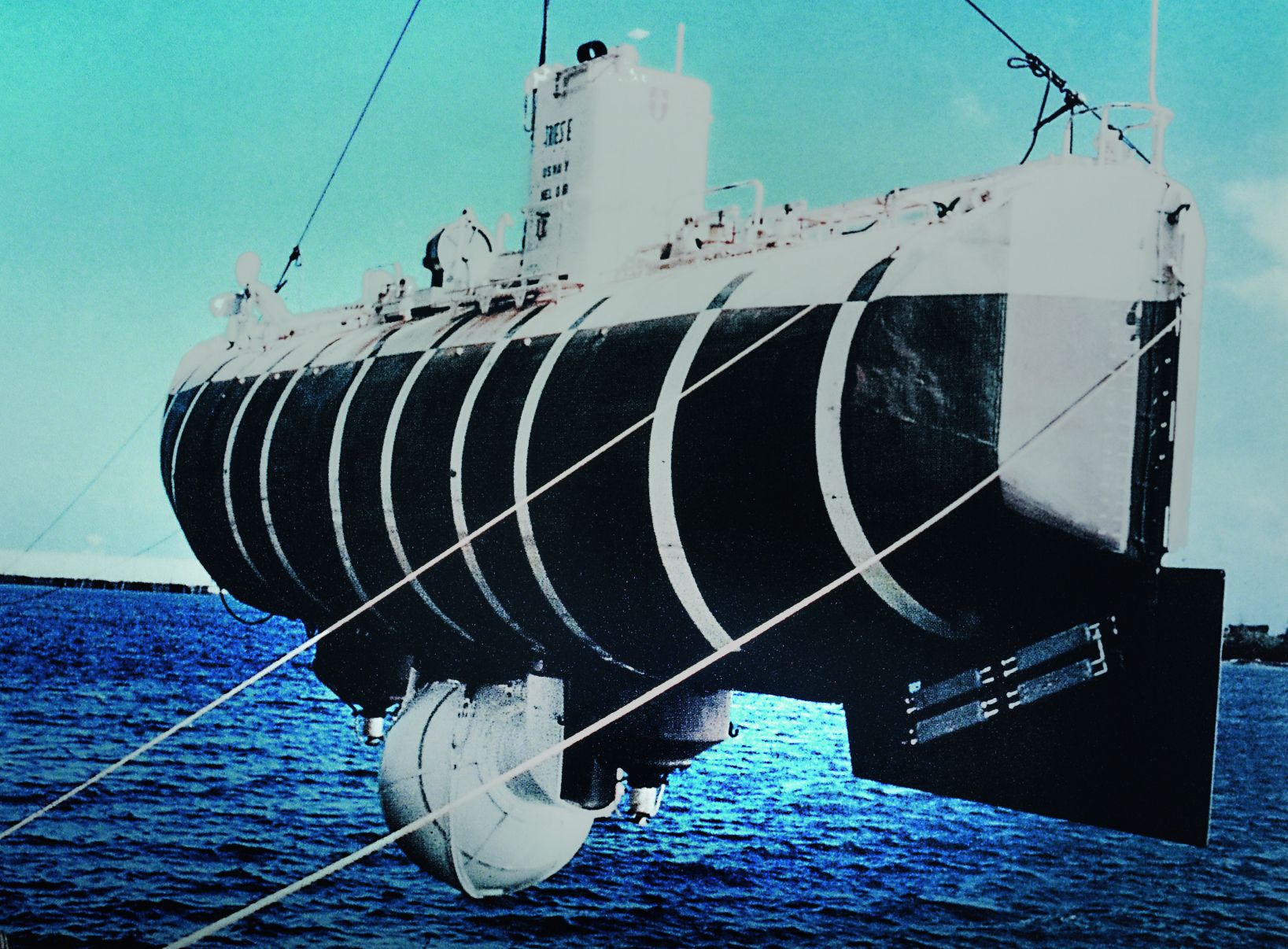 Dr Sylvia Earle is an internationally renowned marine biologist and the National Geographic Society Explorer-in-Residence. A Rolex Testimonee since 1982, she led the first all-female team of women aquanauts on Tektite II, a 1970 marine exploration programme which tested the health effects of prolonged living in underwater structures. Naturally, they were all equipped by Rolex.

Though primarily a celebrated filmmaker, James Cameron is the first person since 1960 to reach the bottom of the Mariana Trench. During the expedition – which he completed in a specially designed submersible named DEEPSEA CHALLENGER – the Rolex Deepsea Challenge accompanied him, a watch guaranteed waterproof to a depth of 12,000m. 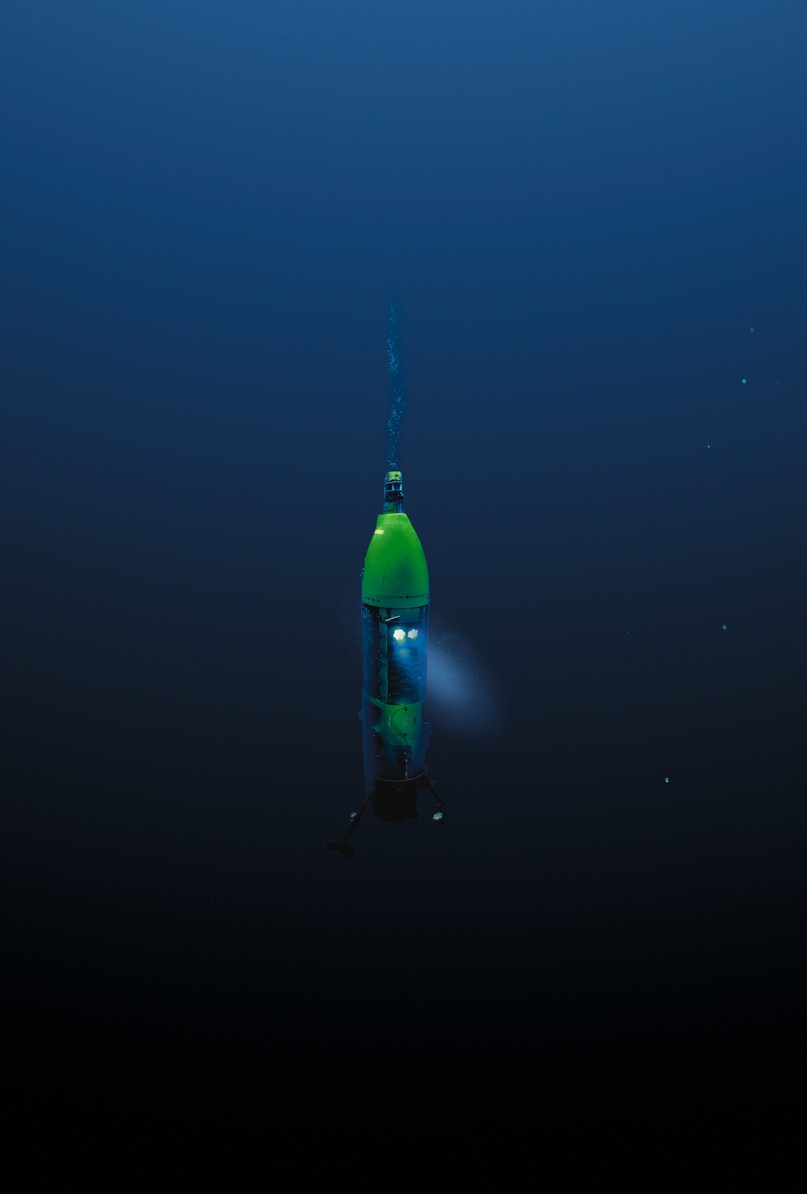 Deepsea Under The Pole

Launched by Rolex in 2010, Deepsea Under The Pole was a pioneering expedition that combined skiing and scuba diving in one of the earth’s toughest climates, established with the aim of gaining knowledge about the submerged side of the Arctic. The eight explorers – who successfully collected vital audio, photographic and video material during the trip – took five Rolex Deepsea watches with them.

For more on the partnership, see Rolex’s official website.

Linkedin
RELATED ARTICLES
OTHER ARTICLES
Theo McInnes’s photos of the annual event provide an intriguing snapshot of contemporary Britain.
Activists and campaigners are fighting back against new laws that would seriously undermine the ability to take industrial action, calling it an attack on fundamental workers' rights.
Tristan O’Neill’s shots of dancers caught in moments of reverie at the height of rave’s golden age are a testament to the UK’s legendary club culture.
Photographer Becky Tyrell went down to the fading banger and stock raceway to meet a community desperate to keep it alive.
After building his reputation covering the US civil rights movement in the 1960s, the photographer went on to produce some of the most enduring images of the past century.
A new exhibitions brings together the work of photographers who documented the deep unrest of these pivotal decades.