Outdoor / When getting back to nature becomes a movement… 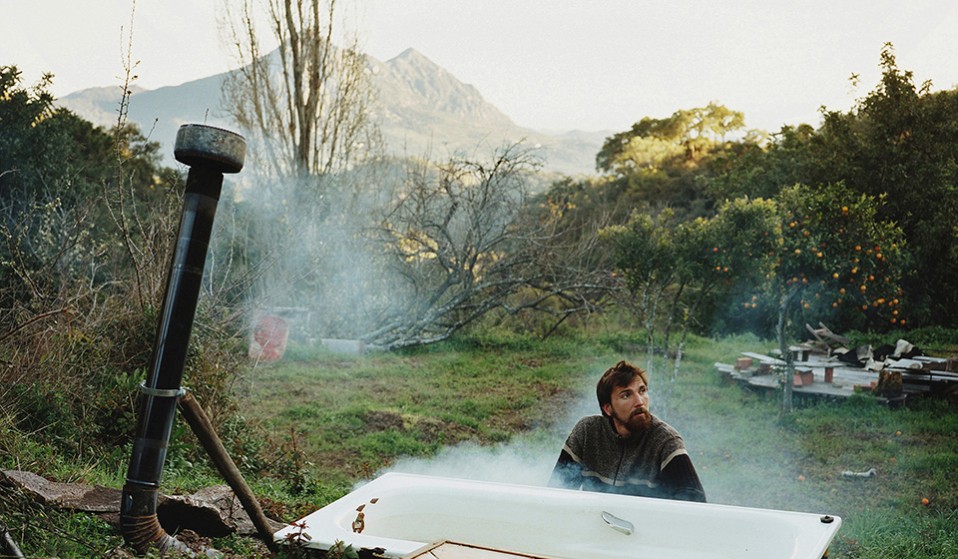 After hitting the road as a directionless teen, photographer Antoine Bruy discovered a radical community living off-the-grid: a wave of people leaving the rat race behind.

After hitting the road as a directionless teen, photographer Antoine Bruy discovered a radical community living off-the-grid: a wave of people flocking to the wild, leaving the rat race behind.

When Antoine Bruy started hitchhiking as a 17-year-old, catching rides across France, it opened his mind to all sorts of possibilities.

But one encounter in particular became transformative in itself, shaping his path as a photographer.

“Some people who picked me up were living off-the-grid, trying to be self-sufficient, using solar panels and growing their own organic gardens,” he says.

“It was a time when I was quite lost, like so many other people, and I didn’t have any idea that you could live that way.” 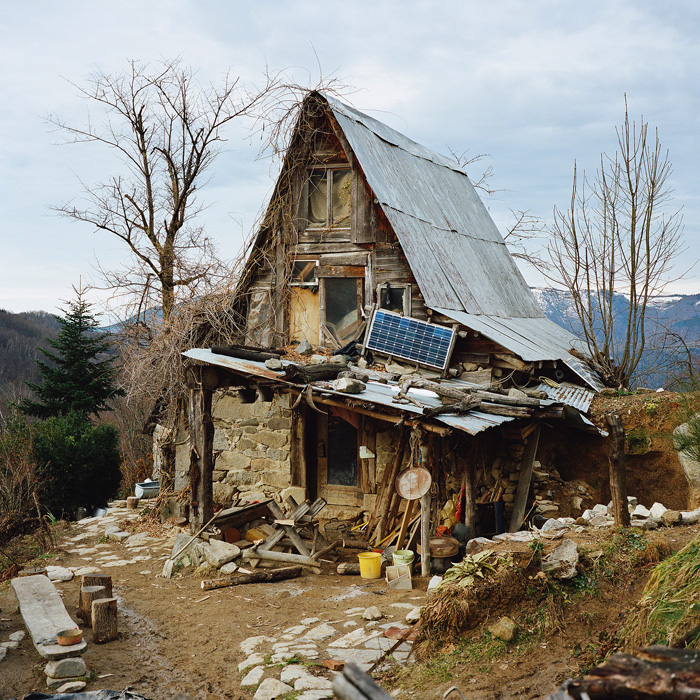 Four years later in 2010, having completed his photography degree, Antoine began seeking out similar communities: people who had lived in the city only to opt for a self-sustained rural life, far from the nearest WiFi hotspot.

To find them, Antoine spent years hitchhiking around Europe, visiting sustainable farms in France, Spain, Switzerland, Romania and Wales, staying anywhere from two weeks to three months at each stop.

These encounters became Scrublands, a photo essay that’s part documentary and part travelogue, illustrating an alternative way of life while also tying together the connections between Antoine’s travels. 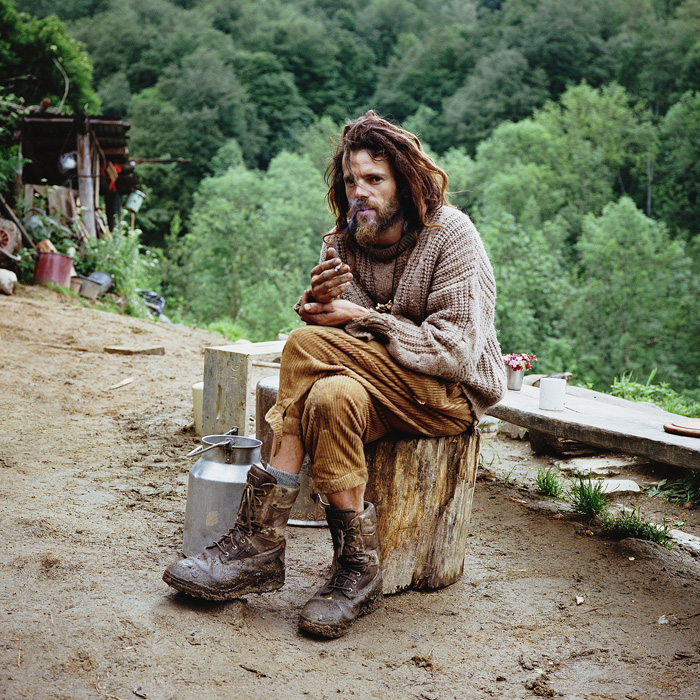 Vincent, a volunteer carpenter in the Pyrenees, 2012. “As a student, pursuing mathematics didn’t make any sense for him,” says photographer Antoine Bruy. “Instead he wanted a life closer to his convictions.”

He found these stories through World Wide Opportunities on Organic Farms (WWOOF), a network that allows people to find volunteering opportunities on organic orchards, dairies, wineries and all manner of other small-scale organisations across the world.

“I was looking for people who were supposed to be disconnected from society… through the internet,” says Antoine, chuckling at the contradiction.

But, in reality, WWOOF proved to be the perfect platform for this idea. Scrublands is not a project about forgotten cultures or being remote for remote’s sake. It’s about modern life and the measures some people will take to get away from it. 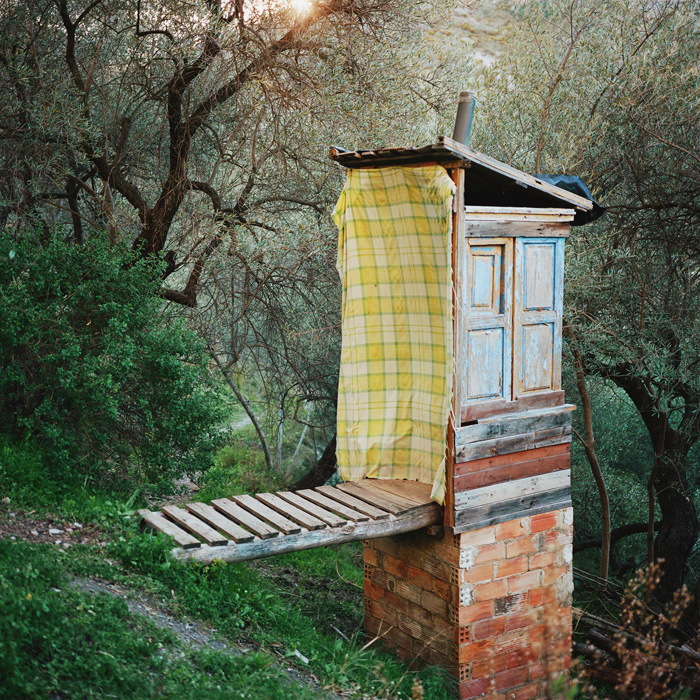 In Spain’s Sierra Nevada, he met an English lady called Kate who had given up on her life in London after a bike accident, making a decision to travel with a donkey all the way to Spain, where she eventually bought a piece of land using compensation from her accident.

She now grows different kinds of potatoes and vegetables, harvesting olives to make oil. In the Swiss Alps, Antoine spent time with Christian, a retired engineer, and Sabine, a former professor of literature and philosophy. 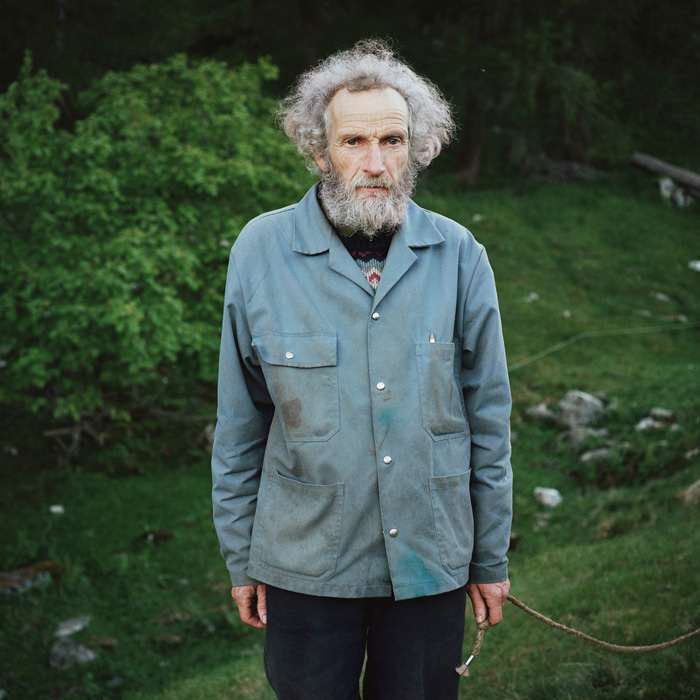 Christian has been living off the land for over 25 years, ever since he and a group of activists decided to take over a derelict village as part of a ‘back to basics’ movement.

Though some have come and gone (including Sabine, who passed away recently) and a charity called the CES Foundation now steers the community’s vision, Christian continues to tend to the land.

Another place that left a lasting impression was a goat farm in the French Pyrenees. It’s run by Peter, a one-time German ski champion who arrived with his wife and kids 30 years ago, and a former maths scholar called Vincent, who’s been there for seven years. 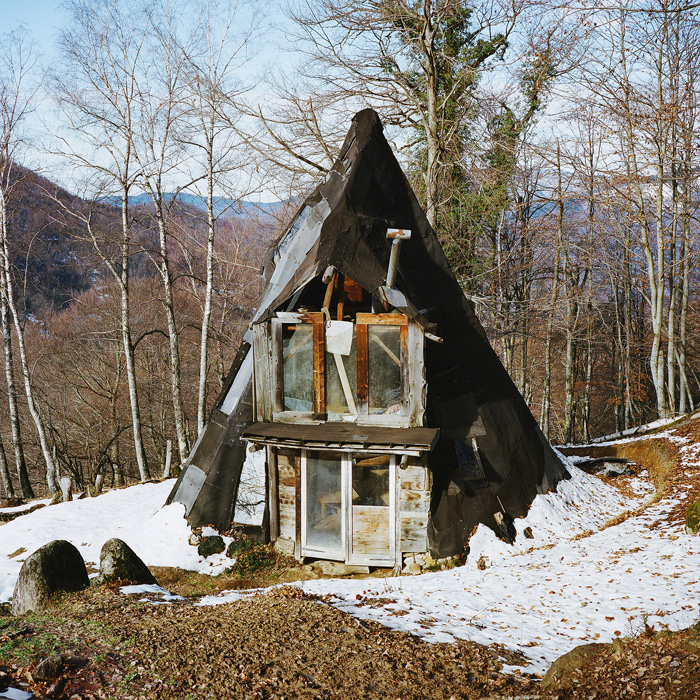 Antoine visited them several times, each day taking the milk urn, climbing over the hill and heading for the barn to milk their goats.

“Those guys were really extreme in the way they refused to have electricity, even though they only had a tiny solar panel. They didn’t use any modern machines that needed petrol or anything like that.

“They did everything by hand and really believed that there’s no other way of living for them, and maybe for the rest of the world too.”

Scrublands is filled with desolate mountain landscapes, humble homes constructed from makeshift materials and stoic figures looking as weather-worn as their surroundings.

“The people I met had made a choice,” Antoine says. “They had thought for a long time before deciding to go to a remote place to try this self-sufficient lifestyle. It was a political decision. They are all trying to live a life that is more simplistic, where basic things are highly valued, and I think that’s why this project speaks to a lot of people, not only the ones who are living in nature.” 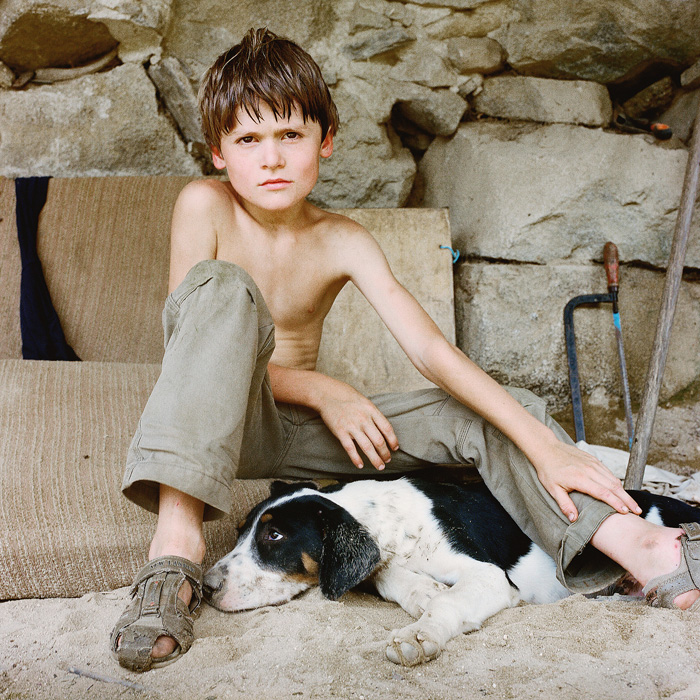 Antoine sees a parallel between this mindset and the décroissance movement in France. Popularised by the Romanian-American economist Nicholas Georgescu Roegen and French philosopher Jacques Grinevald in the 1970s, the main idea behind décroissance (or degrowth) is that the earth has a finite amount of resources and that if we continue to expand economically, those resources will run out.

“It’s the opposite of what a lot of economists would say: that growth is something you need,” adds Antoine. But beyond the ideals, whether political or personal, is the reality of having to sustain yourself at the mercy of the elements. 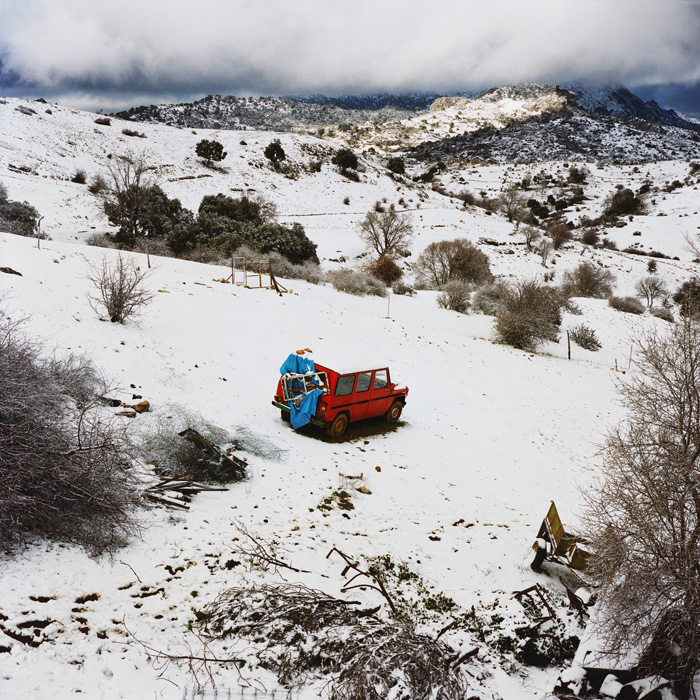 “I met a lot of people who were struggling,” Antoine confides, “because it’s a tough life, all year long in nature. Summer is good most of the time – there are lots of volunteers – but in the winter there’s rain, snow, everything. Those who have animals are tied there because they have to take care of them.”

After such a radical change in environment, I ask Antoine if the people he met seemed happy with the choices they had made, whether their plans had panned out as envisioned. “Sometimes I’m a little bit uncomfortable with this idea of happiness,” he replies. 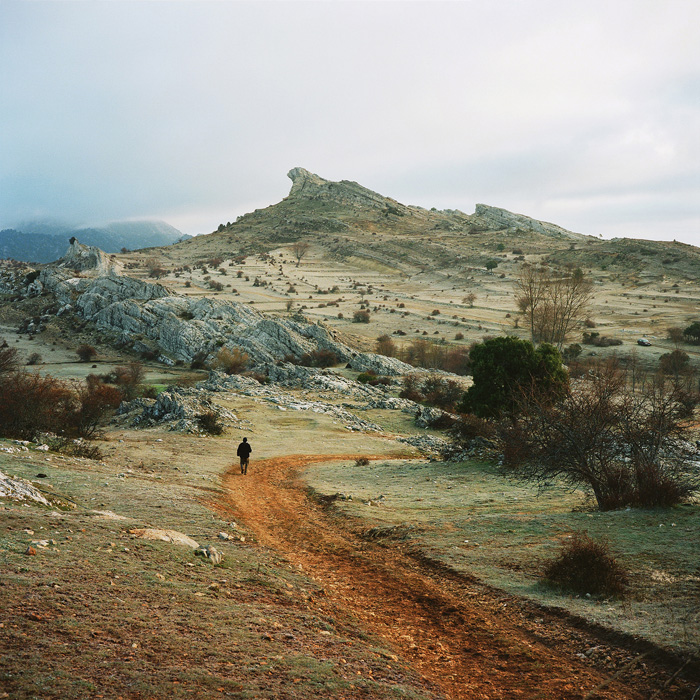 “Maybe they were happy, maybe they were not, but most of them were content with their choices. It still made sense for them, even though it can be really hard and difficult sometimes.”

The idea that modern life inspires extreme ways of living crop up in all of Antoine’s projects. 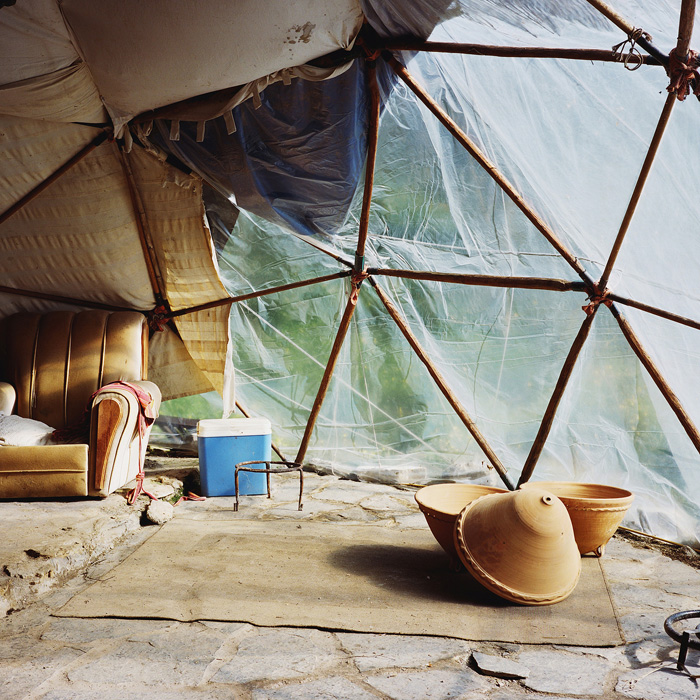 In One-To-One Scale, he documented a housing development in China, showing residents surrounded by the rubble of their former homes as well as the frames of buildings that will soon replace them; in Behind The Bushes, we catch a glimpse of the way many Romany communities live throughout France; while one of his latest projects shows how workers at opal mines in the Australian village of Coober Pedy have dug underground homes for themselves. 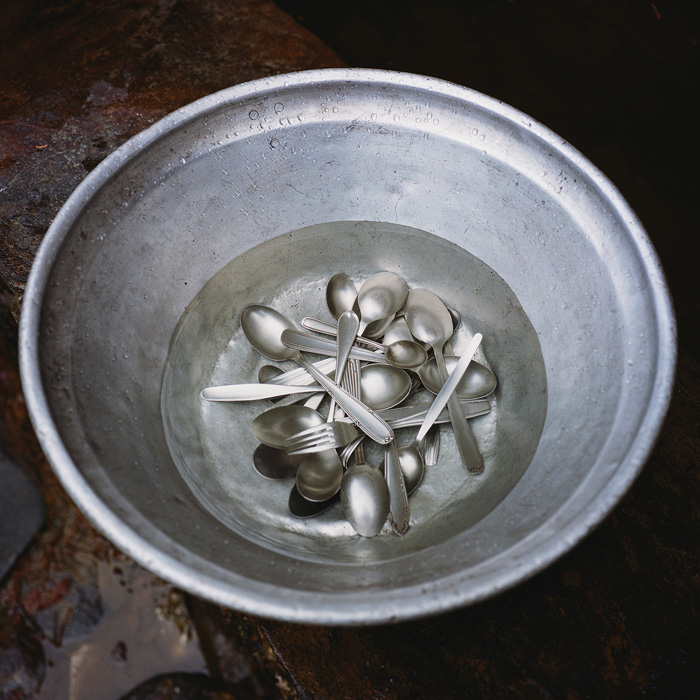 “Wherever I am, I’m always trying to figure out the economic situation which influences urban development,” he says. “Does [the impetus] come from the people who want to live in the city? Or is it up to others?”

Currently based in the once-proud industrial city of Lille, Antoine is taking a break after recent trips to Australia and the US, where he has shot some additional photos for Scrublands. 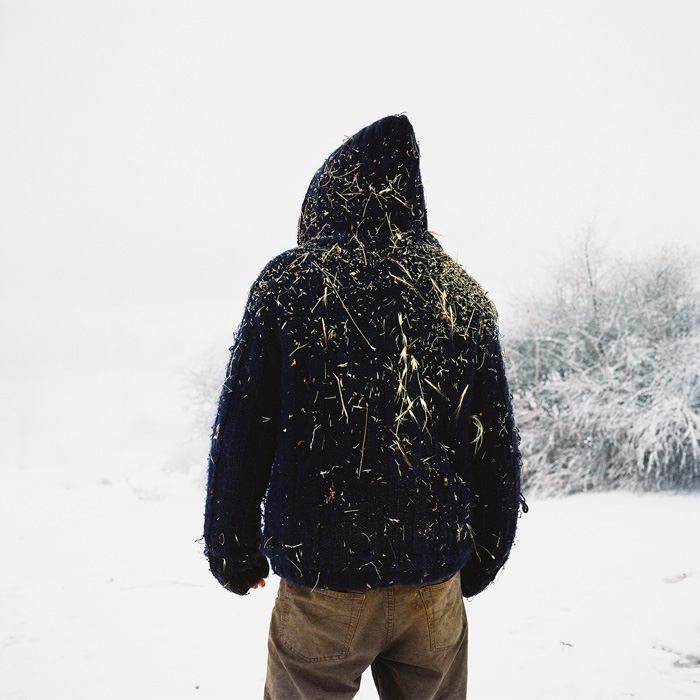 Now that his photography career may see him more reliant on the Internet than ever, I ask Antoine where he views himself – whether he feels part of the city or is slowly edging towards a self-sustained lifestyle of his own.

“I’m still thinking of what would be the best way of leading my daily life without being too dependent on money or cars,” he says. 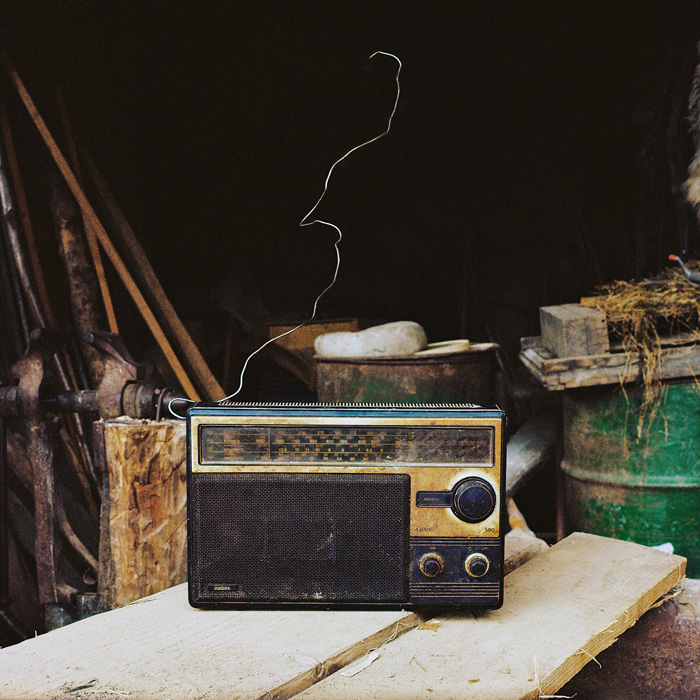 “I really like this idea of being satisfied with the way you live without having to consume too much or without having to think about what you could be doing differently… I’m still asking that question myself.”

Check out the portfolio of photographer Antoine Bruy.

Linkedin
RELATED ARTICLES
OTHER ARTICLES
Finland-born photographer Sirkka-Liisa Konttinen looks back on her decades-long documentation of life in Northern England.
Freddie Miller’s new series of photographs investigates who today’s trainspotters are and what drives their unfettered enthusiasm.
A new report has found that the majority of Britains approach trans issues with compassion. It’s about time this was reflected by our media landscape.
For decades, an area of East London has served as a community hub for Vietnamese people looking for a taste of home.
The past five years have seen a staggering increase in foodbank usage across the UK. Now, staff fear things are set to get much worse.
A new edition of a seminal book brings together iconic images of the band onstage in their full glory and backstage in moments of unguarded camaraderie.