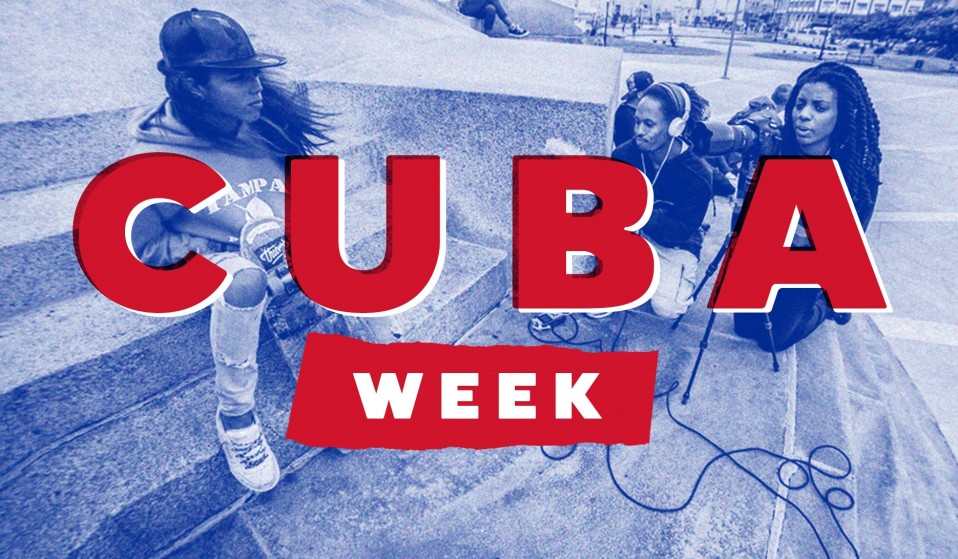 Skating in Cuba is still a huge challenge that requires dedication and hustle. Meet the female skaters pushing through obstacles even bigger than for their male counterparts.

Skating in Cuba is still a huge challenge that requires dedication and hustle. Director Amberly Alene Ellis’ new documentary profiles Cuba’s female skaters, pushing through obstacles even bigger than for their male counterparts.

“What drew me in immediately was the innovation of Cuban young people,” Amberly Alene Ellis explains. “They’ve overcome the isolation Cuba has been under for so long and made the most of minimal resources to really express themselves and to create their own subculture. For a skate culture to emerge there in the early ‘80s is remarkable. Young people were making skateboards with whatever materials they could find, with wood, whatever wheels, with anything – and they were skating, they were making it happen without skateparks, without any of the gear that is now starting to arrive on the island.”

Since skating’s emergence in Cuba during the 1980s, the growth of the scene has been slow and totally underground. With no recognition or support from the government, building infrastructure, securing boards and other equipment under embargo relies on the ingenuity and energy of the island’s skaters. But as Cuba continues to open up to the world, support from from foreign skaters and organisations like Amigo Skate have helped make boards more available, but with no skate shops or direct access to equipment, it’s still not enough to satisfy the hunger of Cuba’s rapidly emerging scene.

Director Amberly Alene Ellis’ documentary Amiga Skate profiles three young women at the heart of efforts to build Cuba’s fledgling female skate scene. Like their male counterparts, Daria, Brenda and Laura are constantly challenged by the lack of resources but also have to deal with resistance to pursuing a non-traditional path, not accepted by the authorities, sections of the community and often their families. Regardless, they’re determined to establish the first women’s skate organisation on the island to give Cuba’s female skaters a real voice. 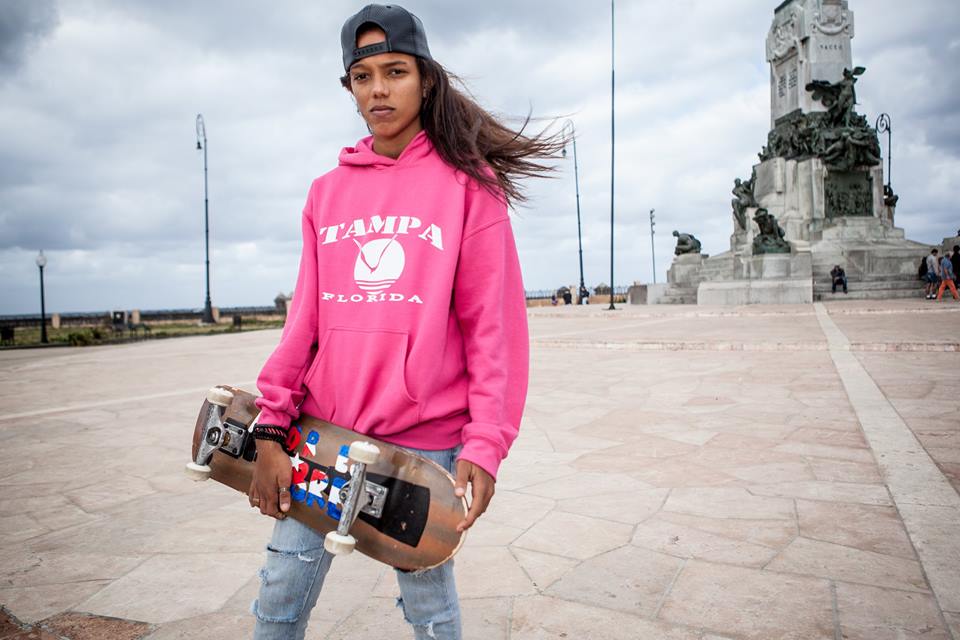 “To skateboard is a rebellious act because it is making a protest,” Amberly explains. “It’s making a statement to have something exist that isn’t supported by the government.” But skateboarding’s lack of government recognition makes the task of securing equipment and building infrastructure incredibly difficult. As a result, there are only two gnarly DIY parks in the country, one in Cienfuegos and one hidden behind a hospital in Havana.

“There are extremely talented skaters in Cuba who don’t have the opportunity to take advantage of the sponsorship or endorsements that allow people in other countries to earn a living from skateboarding and make it their life,” Amberly explains. “It’s not something that’s regulated, it’s something that’s youth-led. It’s not like boxing, it’s not like baseball [which the government passionately supports]; it’s a non-traditional, underground subculture that came from nothing – from people who have nothing. There’s fear of something that’s new, different and breaks with tradition but it’s also because it’s driven by young people.” 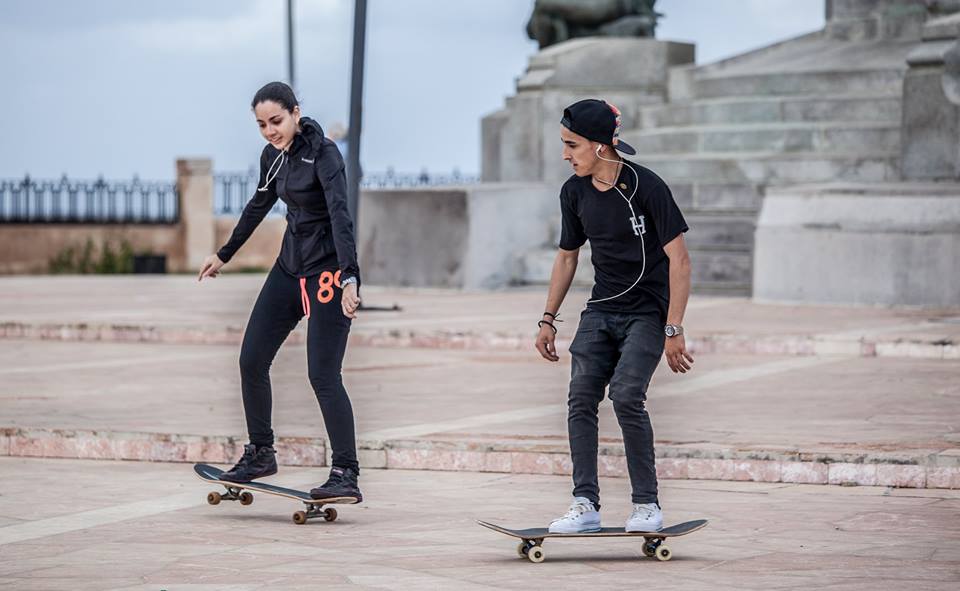 But as Cuba’s skaters continue to push against the grain, women like Daria, Brenda, Laura are faced with added barriers. “The biggest challenge is probably for them day-to-day is to continue skating knowing that there’s such a lack of female representation,” Amberly explains. “They don’t see women doing this, but they see images of women doing so many other things, which are usually more traditional; being mothers, taking care of the home, working really hard, and so on. It’s a huge challenge to break against that.”

Like elsewhere in Latin America, Cuba’s culture of machismo endures. “It has a different meaning to have an injury as a woman, it’s like you’re seen as less valuable,” Amberly explains. “A woman’s appearance is still very important – especially in Cuba – so to injure yourself is to be kind of damaged goods. They’re really going against a lot of these traditional ideas, roles and values for women by doing what they do.” 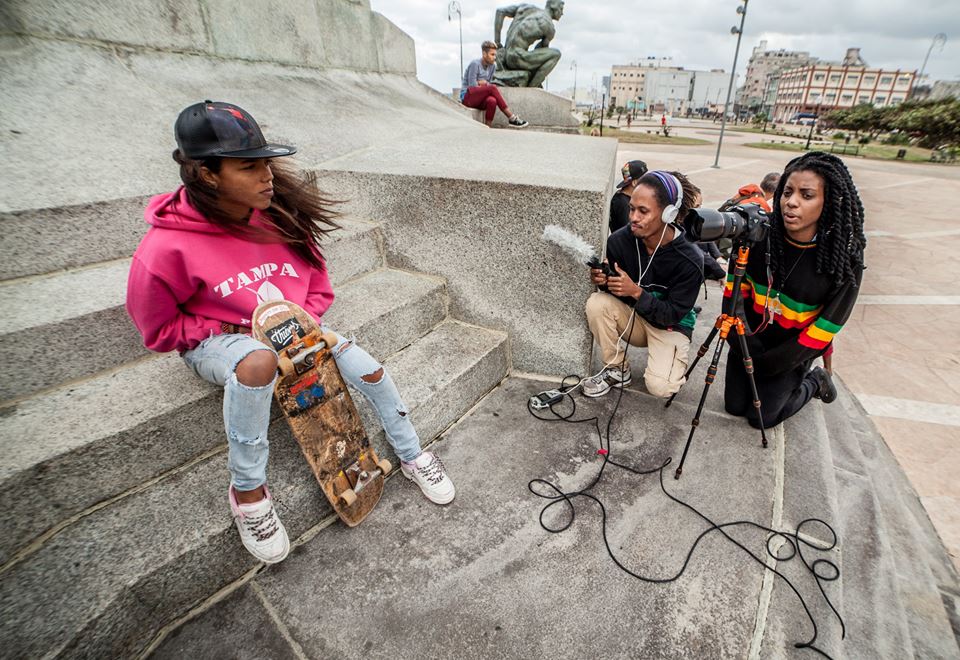 But within Cuba’s underground, women are supported and enjoy a freedom that’s hard to find elsewhere. “If you’re in the community, if you need something, they know who to send you to, who to go to to fix thing,” Amberly explains. “What’s going on now is still so underground. It’s really a street sport, so there’s a lot of freedom. It’s obvious that there are young people out there skating in Cuba, but the only people who know what’s going on, like skate sessions or underground hip hop parties, are the people within the culture.”

The interconnectivity of different subcultures in Cuba is profound. One of the most prominent street artists, Fabian Lopez Hernandez ( known by the tag, 2+2 =5), is also a skater and he’s one of the many people who form a bridge between skate, art, music, tattooing and beyond. “Things just happen by word of mouth – it’s not like you can follow what’s going on with social media,” Amberly explains. “It’s just forming from the streets. In a way there’s a lot of freedom in that because it’s underground, it’s there, it’s like a secret. People within it know about, but outsiders don’t have any idea. But as Cuba opens up, you start to wonder how long will it be like that, you know?” 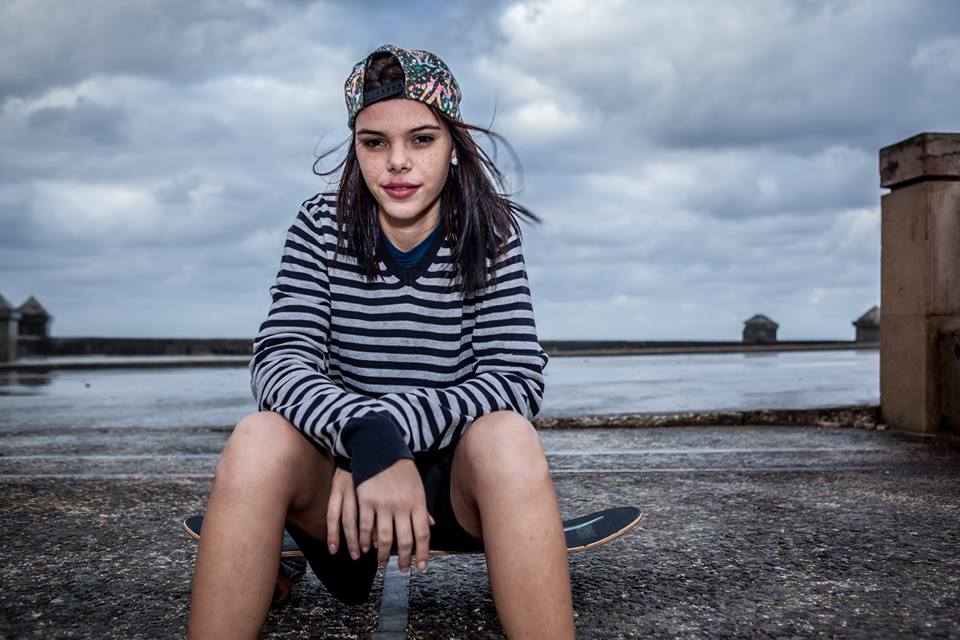 With internet access growing, more and more foreign skaters arriving on the island to show their support and Cubans getting increasing opportunities to travel, Cuba’s skateboarding scene is evolving rapidly. “Right now there’s this international cultural movement happening, which is incredible to see,” Amberly explains. “There’s a real interchange and you can see it in the way skaters dress differently, for example. The opening of borders is creating an international community, but it’s connecting the Cuban underground with the underground in other places.

For Daria, Brenda and Laura, the mission right now is establishing a Cuban women’s skating organisation. They want to spread the message about what they do and pressure for a better skate infrastructure and more support for Cuba’s female skaters. “The women I worked with are really invested in getting the story out there and letting people know there are female skaters in Cuba,” Amberly explains. “It takes a lot for them to be so determined every day, despite all the obstacles they have. But they want people to know what they’re doing. They’re so proud, they want to represent their country.”

Amiga Skate is a project from Film For The People. Head over to Amigo Skate to support Cuba’s skate scene.

Linkedin
RELATED ARTICLES
OTHER ARTICLES
Alternating between colour and black-and-white, the photographer chronicled sexual liberation, economic crises and the repercussions of the war in Vietnam.
Jack Lueders-Booth reflects on capturing the community that lived and worked along the city’s busiest railway route during the 1980s.
Photographer Jeffrey Silverthorne always treated his subjects – often those living on the margins of society – with empathy and respect.
A new exhibition is marking the photographer’s 100th birthday with a look back at his extraordinary career.
Hackney Bumps is a DIY sanctuary in the heart of East London, home to a thriving diverse community of skateboarders – and beyond.
A campaign seeking to prevent future injustices where there is state involvement is gaining momentum, with Labour recently pledging its support.