Outdoor / Skate / Anthony Van Engelen: ‘I still feel my best when I skate’ 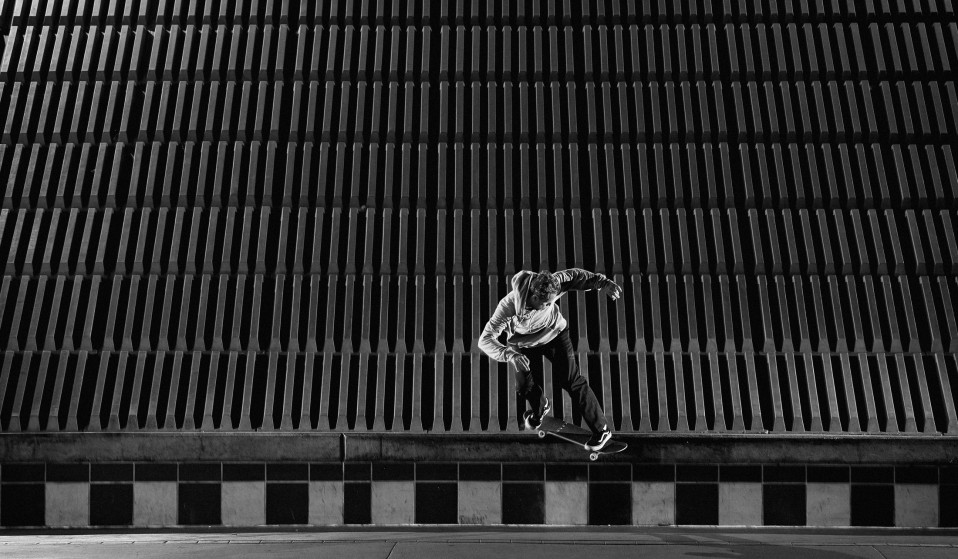 Since turning pro back in 1999, AVE has been one of skating’s most influential names. Here, the 39-year-old talks longevity, letting go and why he doesn’t read skate magazines anymore.

Since turning pro back in 1999, AVE has been one of skating’s most influential names. Here, the 39-year-old talks longevity, letting go and why he doesn’t read skate magazines anymore.

It’s 9am in Huntington Beach, California and Anthony Van Engelen is wide awake. “I’m usually up really early,” he explains. “I guess it just happened when I got older – and sober.”

For AVE, it’s certainly been quite the ride. Since turning pro back in 1999, the 39-year-old San Diegan has carved a space as one of skating’s most instantly recognisable figures. With his raw, unfiltered style and relentless, no bullshit approach, the 2015 Thrasher Skater of the Year is, to put it bluntly, one of the best.

As a face of Vans since 2005, you can catch him – along with the rest of their pro skate team – in the new Versa Hoodie DX. Pro-built for skateboarders, the heavyweight garment employs critical performance features, without sacrificing the brand’s classic aesthetic.

In conjunction with the launch, we caught up with AVE to talk starting out, social media and why his longevity remains a source of great pride. 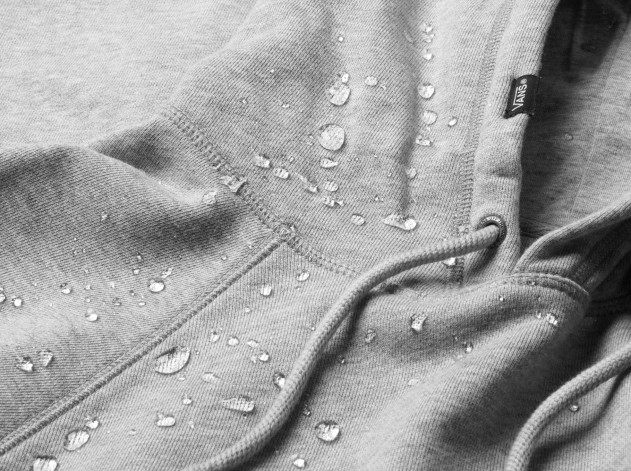 Were you well behaved at that age?
Yeah, I think so. I mean, you know… [laughs]. I kept to myself, did my thing. Like any kid I’d get into trouble, but nothing crazy.

When did things begin to get serious?
As soon as I could ollie. At school, there were always kids who were the best – fucking untouchable – and then there the was the majority of us. I kind of surpassed a lot of the kids who already skated before me pretty quickly, but there were always those kids who were untouchable. But as soon as I could ollie, that was it. I found something that gave me some validation. That was like 11, 12.

When things eventually kicked off years later, was that success and exposure hard to navigate as a young man?
Maybe later, when I really kind of made it. That type of success was quite hard to deal with someone at my age – with my coping skills at the time. 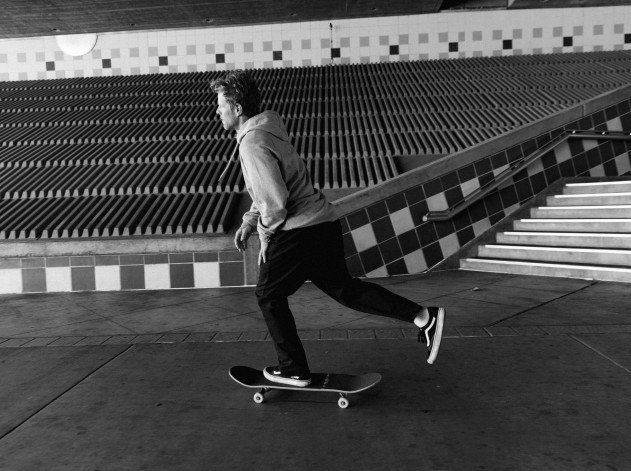 This was pre-internet, too. Where do you stand on the impact that social media has had on skateboarding?
I use it, it’s just what our world is now. In my older age of skateboarding, it actually probably makes my job a little easier. But it’s sad to me, because I was so grateful I came up when I came up and got to see the dudes that I saw. I got to wait for Plan B videos to come out on VHS – skate home, put it in the VCR and sit there and watch these things until they broke. Now, everything, to me, is very disposable.

There’s a pressure, I guess, to be churning stuff out constantly.
It’s like, ‘alright, what’s next?’ It seems like everything comes out of the same fucking outlet. If you go on a big skate website, or whatever, there could be a really good video part that comes out through that site, and then the next day it’s pushed down the fucking shitter. Nothing has a moment to breathe, you know? When that Plan B video came out, or whatever it was at the time, that was your bible for the next two years. It was all there, encapsulated. Now, everyday, it’s just so much fucking content. I’ll see a skateboard magazine these days and I won’t even pick it up.

Really?
I mean, I will, but I’m surprised how many issues go by that I haven’t seen. That used to never happen. I still pay attention to quite a bit, the things that matter to me. But it’s too much. It’s crazy. We live in a psycho world, man.

So what does your standard day look like now?
It’s pretty much the same as it’s always been. Trying to find where I’m going to be skating that day, or where skating is fitting that day – depending on how crazy things are. When I’m done [talking to you], I’m gonna go skate and try and get a trick on film for some little thing I’m working on. It’s still the same. I was at the skatepark until 10 o’clock last night.

As you’ve aged, have you noticed your role in the skate world change – do you see yourself as a statesman of skate?
In the past few years, I’ve definitely had that feeling of, ‘okay, I’ve made it here.’ There are only a handful of guys my age that did the video parts and all that stuff and, in their mid 30s, maintained that level. I don’t know how I maintain it, because for me it’s always been the same. I still feel my best when I go out and skate, and I try and do my best.

If you could give one piece of advice to a young skateboarder, what would it be?
I think my first piece of advice to anyone simply riding a skateboard would just be fucking enjoy it. So many kids are like, ‘I’ve been skating for six months, how do I get sponsored?’ I was young and wanted that too, but I can tell you, achieving it and getting there, it’s just like anything else.  With all the extra pressure and all that stuff, to do it as long as I have, I’ve kind of had to strip it back down to what it is: I do it cos it’s fun, and I’m lucky I get to go do it. If you’re young and you can do it, just do it. Go enjoy it. If you’re good, it’s gonna happen. You don’t gotta force anything. 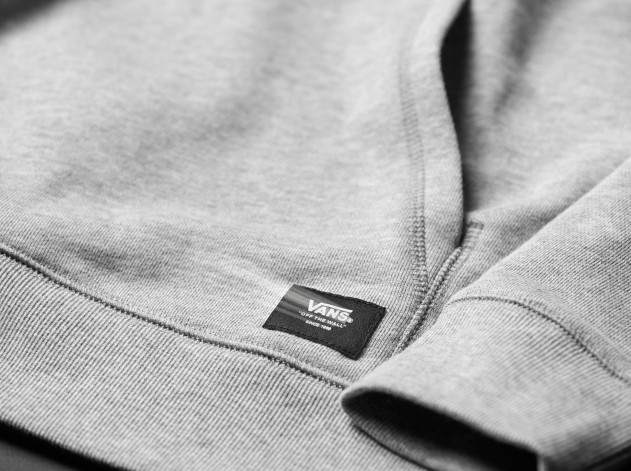 Has the pressure been the biggest challenge you’ve faced throughout your career?
For sure. I think I’ve been motivated and driven by a lot of the pressure, but you can also get burnt out from that. It can drive you into the ground and fuck you up. Navigating all that has been one of the most difficult things. But when you say ‘fuck it’, you learn to love the intensity of all that. You find a way through it to use it.

So, when you look back on your journey, what sticks out to you as your proudest achievement?
Erm… the fact that I’m here, at fucking 39-years-old. I do think about that often. That’s fucking rare. There are not a lot of fucking people to do that. I’ve been at the crossroads with being like ‘fuck this shit, go do a regular job’ many times, and then gone and done the best skateboarding of my life. I’m sure there are video parts, winning Skater of the Year, that stuff. But the fact that I fucking survived and pushed through all the bullshit means they’re just some of the things along the way.

My best moments are sat in a 7-Eleven parking lot at three in the morning, after I fucking jumped down some shit for three hours. It’s those moments, driving around the fucking country for a month in a van with 12 dudes and all of the bullshit that goes along with that. That’s the good shit. Enjoy the journey. All the good shit is getting there.

The Versa Hoodie DX is out now.

Linkedin
RELATED ARTICLES
OTHER ARTICLES
Activists and campaigners are fighting back against new laws that would seriously undermine the ability to take industrial action, calling it an attack on fundamental workers' rights.
Tristan O’Neill’s shots of dancers caught in moments of reverie at the height of rave’s golden age are a testament to the UK’s legendary club culture.
Following the release of his debut single, Deyaz talks battling addiction, dealing with his struggles through music, and building a budding music career from his living room.
The action took place in response to the 200 asylum-seeking children who were placed in hotels run by the Home Office who have gone missing.
As she gears up for the release of her first book, the 24-year-old climate activist talks standing up to authority and building a more inclusive movement.
A new law change is enabling Britain’s donor-conceived children to know the truth about their origins – but campaigners say the fertility industry must do more to protect people.