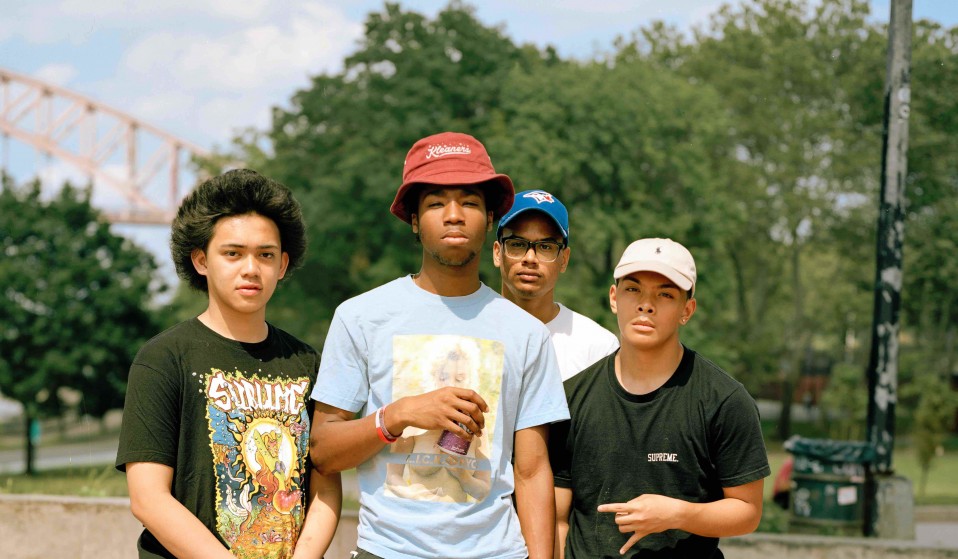 The Astoria Skate Plaza in Queens, New York, is a sanctuary for skaters, but now rampant gentrification threatens to rip a community from its home.

The Astoria Skate Plaza in Queens, New York, is a sanctuary for skaters in a rapidly changing city. But just like Brooklyn Banks before it, rampant gentrification now threatens to rip a community from its home.

“Change is a great thing,” I used to get told as a kid. Change was exciting, the chance to see new things, to explore and embrace the world around you. But at what point did  ‘change’ stop being this positive stimulus, and start being a massive ‘fuck you’?

Gentrification – a term first coined by Ruth Glass in 1964 – was first used to describe the urban change in inner-city London, which was seeing “working class quarters invaded by the middle classes,” as Glass put it at the time. “Once this process starts, it goes rapidly until most of the original working class occupiers are displaced and the whole social character of the district is changed,” she continued. 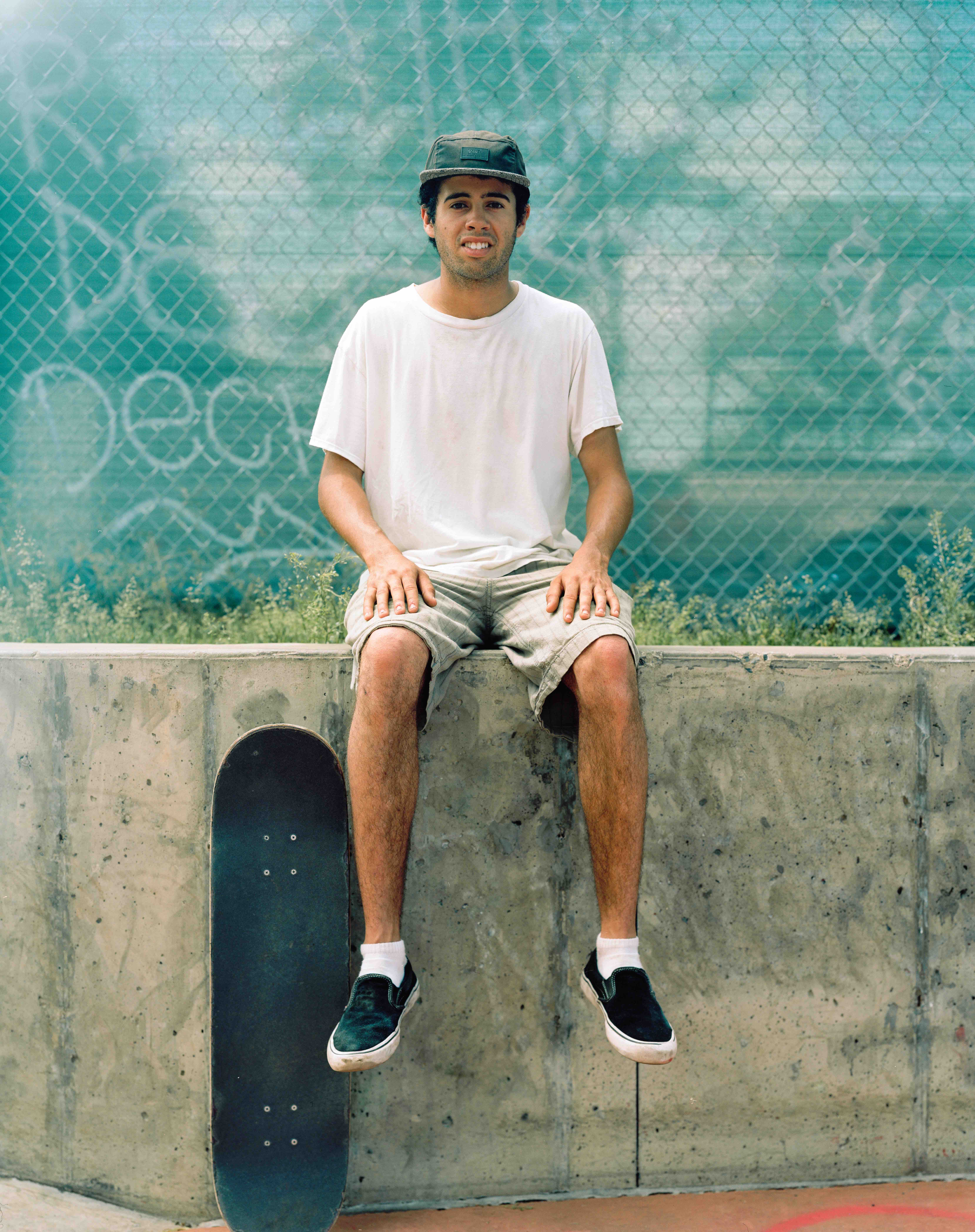 So while planning a project on where the young skaters in NYC had been heading since the closure of Brooklyn Banks, New York’s infamous urban hang out, I reached out to some local skaters on Facebook to see where people were now hitting up now. Every time I explained the project, the name I kept hearing was Astoria Skate Plaza, followed by expressions of impending fear that this place too would soon meet a similar fate.

I have just over 24-hours in the city. Lugging a large format metal camera from the 1940s across from JFK to Queens in 30° heat, I arrive at the park and instantly appreciate the appeal of the place. “Astoria is the best park in the summer, because you can hit the pool and skate after,” a guy called Mustafa tells me.

But he also has his concerns. Located, as it is, only a few miles from Bedford Ave – an area which 40 years ago was rife with gang fights and shootings – in the past 12 years the area around Astoria has seen average retail rent per square foot increase from $50 to $347. Nothing says gentrification quite like an Apple Store and a Whole Foods moving in to the same street.

A 21,500 ft. multi-level skate park, just east of the city, surrounded by rolling hills and some of the most jaw-dropping views of Manhattan I’ve ever seen stands before me. With the likes of Boo Johnson, Paul Rodriguez and Chris Colburn having skated here, the park has pretty much everybody covered, with features ranging from small sets of stairs, to huge rails and quarter pipes. 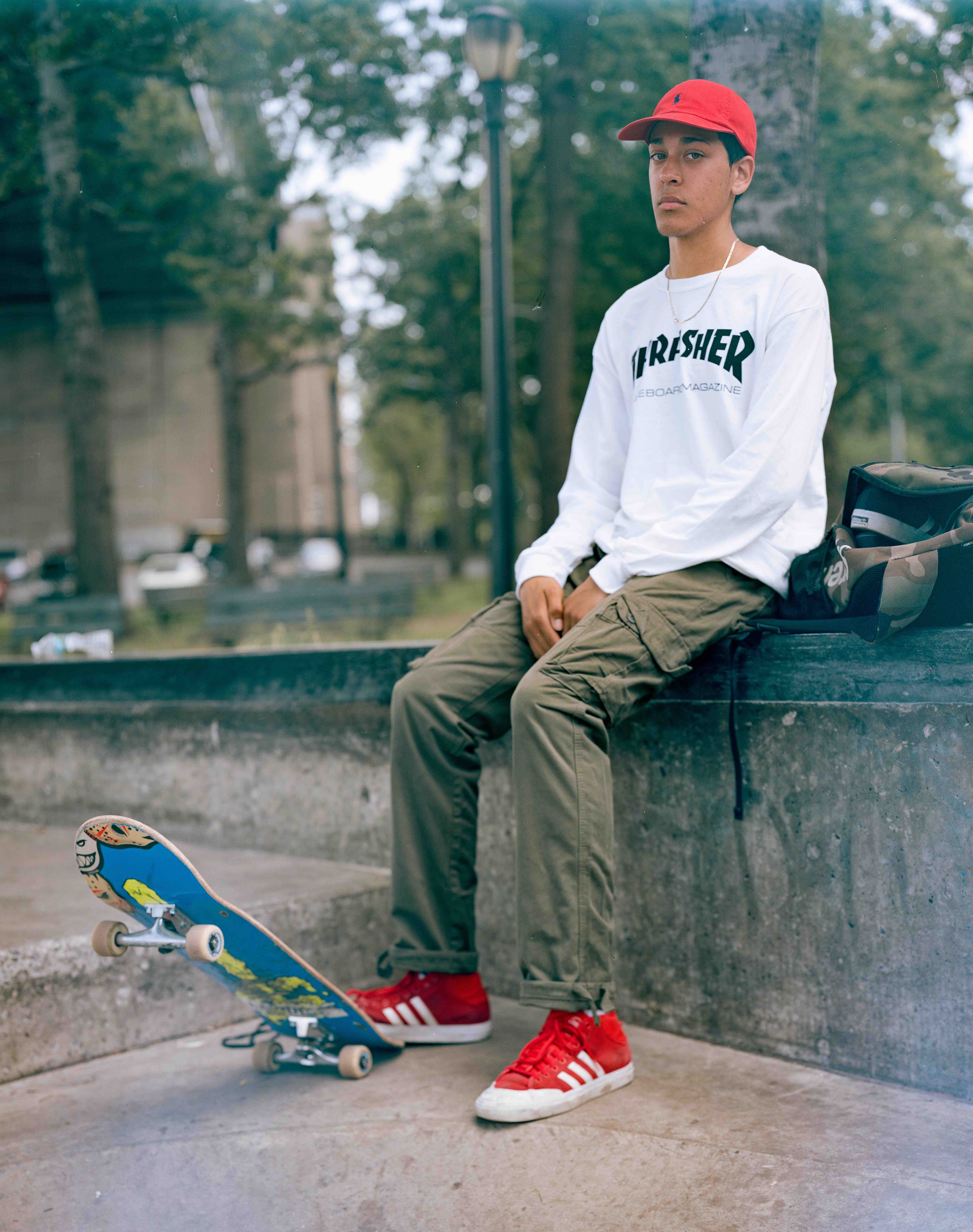 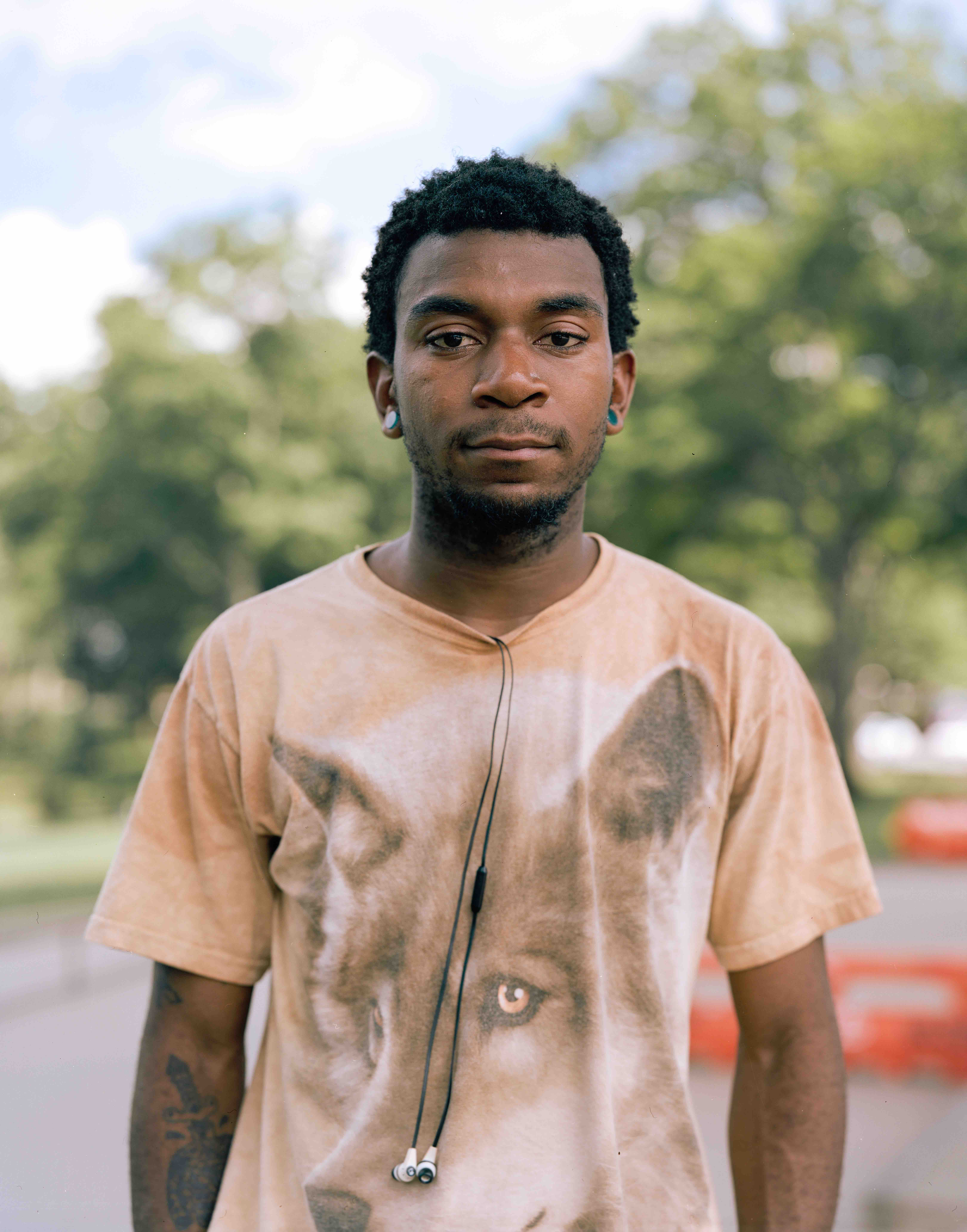 Attracting attention is unavoidable when you turn up with a suitcase and take out a camera that looks like something out of an old silent black and white film. It starts conversations, and that’s what you need when taking pictures. “Astoria’s vibe is like no other,” eighteen-year-old Stephen tells me. “Just chill, mellow vibes. It’s lucky you’re here now though; give it a few years and this place will be gone, probably for some penthouses and expensive vegan stores.”

“Skateboarding saved my life. Growing up I had really bad family problems. I was heavily into drugs, and skating brought me out of that dark place. Astoria means I can keep my head straight just a few minutes from my house, it’s a part of my family as much as it is a skate park”.

The park is filled with skaters just like Stephen who’ve found a second home in Astoria; a place to go and escape the problems that all too often come with living in a low-income neighbourhood. The sense of Astoria as a protective environment seems universal. 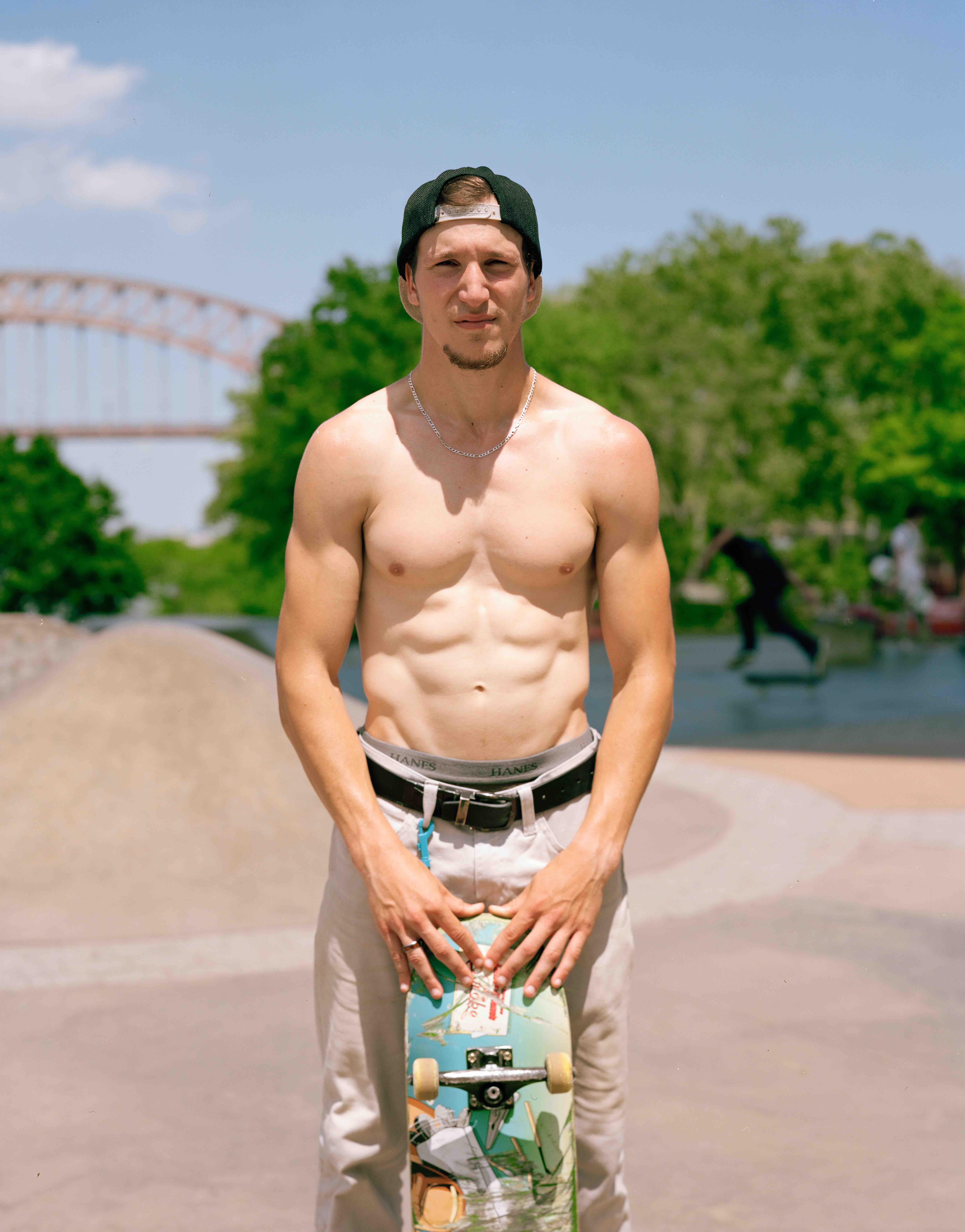 It’s clear that to these guys the park is a place of sanctuary and, contrary to common misconceptions about skate parks, not a place of violence or crime: “The vibe of Astoria is chill as hell. Skating there always gives me a hyped vibe… never a feeling of discomfort.”

Looking out around the park, there’s an undeniable sense of community. In a sprawling metropolis like New York City it’s all too easy to feel isolated and alone, especially when you don’t have the cash to be out all the time. Development leaves little space for low-cost human interaction.

“What’s a skate park if you can make a few million bucks turning it into apartments?” Mustafa asks.

While the potential threat to Astoria may seem small on the scale of the huge challenges which gentrification poses in a city like New York, it’s a significant sign that a period of further change is coming. In the year that skateboarding has been confirmed to be hitting the Tokyo Olympics in 2020, it’s important that we all appreciate that these parks aren’t just used for messing around; they’re the training grounds of future athletes, and places for kids to learn. 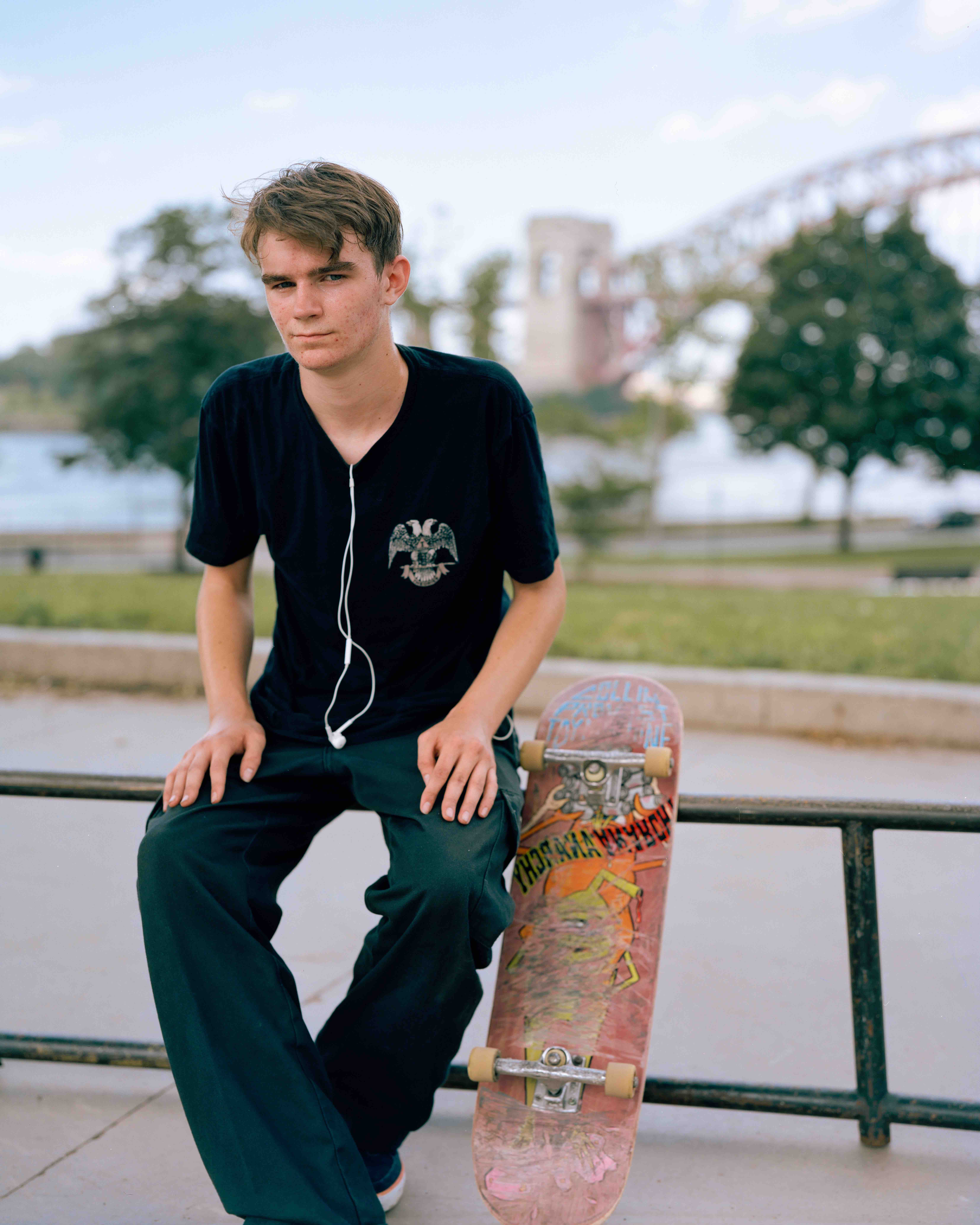 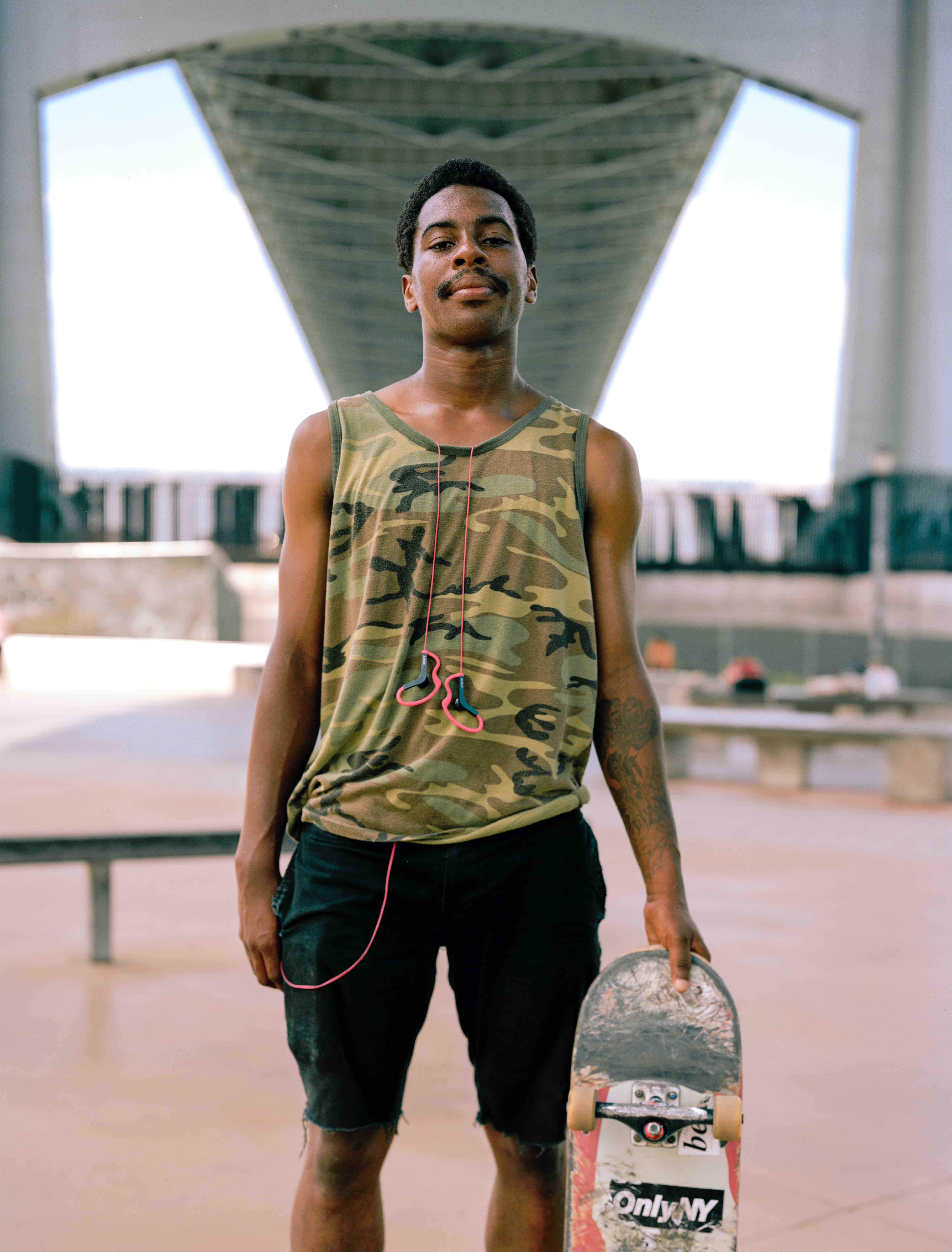 Before I head off, the guys want to make two things clear. Firstly, how much they love the park, and the impact it would have on their lives if it were to go the same way as Brooklyn Banks.

“Skateboarding lets me express myself in a way that I can’t through anything else,” Joebert, another guy at the park, tells me as we say our goodbyes. “Growing up Queens had a lot of negatives. If I hadn’t started skateboarding I’d probably be in the streets doing some stupid shit, but instead I’m here.”

Linkedin
RELATED ARTICLES
OTHER ARTICLES
Following the success of her debut novel, the Tottenham native is restating her commitment to the place that made her.
To mark the anniversary of the mass trespass of Kinder Scout, a group of hikers came together with the intent of creating a new, fully inclusive culture for rural spaces.
The government’s failure to take long Covid seriously has led to the formation of a group campaigning for the thousands of forgotten victims of the illness.
Our new magazine is here, starring the inimitable Mitski. Order your copy now and join us on a trip around the world.
From the Yakuza to a biker gang, Bruce Gilden recounts capturing Tokyo and Osaka in the ‘90s.
Following the release of his newly republished 1991 book, Redheads, the American photographer reflects on his celebration of ginger people and their magnetic power.