Outdoor / Skate / Forget what you know about HUF skater Austyn Gillette, he might give it all up to be a chef 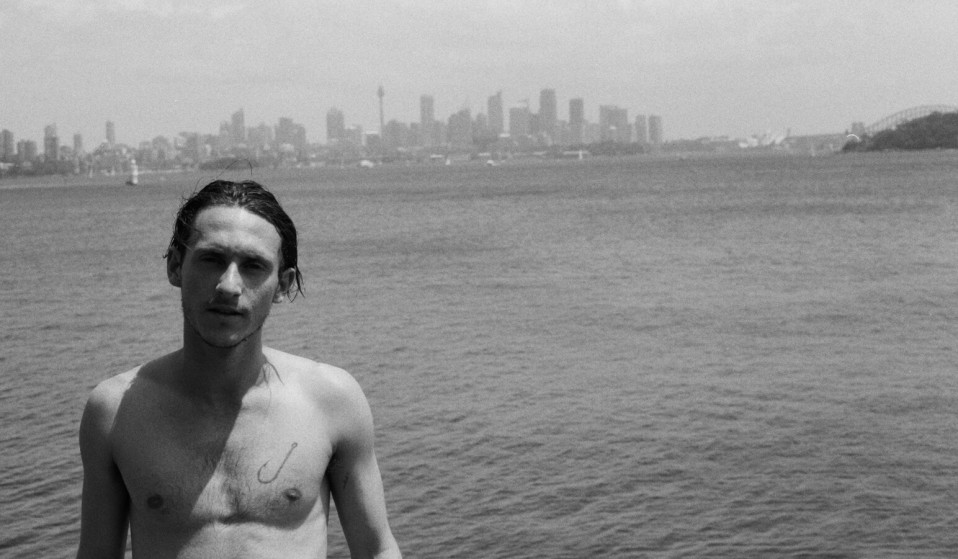 Cool guy Austyn Gillette has been out of the skate game for a little bit designing shoes and not learning how to cook. We caught up with him to find out how he unwinds.

Cool guy Austyn Gillette has been out of the skate game for a little bit designing shoes and not learning how to cook. We caught up with him to find out how he unwinds.

Looking a little into Austyn Gillette’s background, it’s clear that he’s a hardworking guy, and has been since a young age. He got his first job at a skate shop at 14, which enabled him to become pretty much self-sufficient from then on in. That kind of attitude is probably why he’s been able to make such a name for himself in the skate industry, getting sponsored by the likes of Habitat and HUF, to name a few.

But the innovative skater has been out of action for a little while with an injury and his intense work ethic has taken a bit of knock. We caught up with him at home in LA a couple of months ago to find out exactly what he’s been doing with his spare time.

HUCK managed to sit down for a Skype session with Gillette ahead of his new HUF pro model release, to see what’s going on in life.

How’s it going?
Good. Well, thanks.

What have you been doing with your free time?
Designing the new HUF shoe that’s coming out.

Did you have much involvement with the design process?
The whole thing. I had full 100% control and stuck to my grounds. So, I’m excited to see how it rolls over. Not only is it an honest product, but it’s also something that I actually wear every day. That’s exciting for me, and hopefully that transfers over to the buyers. I think that’s important, you know? A lot of the kids don’t know that the majority of the time, you’re not wearing a fucking skate shoe when you’re not skating. A lot of people do that, but the kids don’t know that. There’s like a mirage that you’re always skating and always wearing a skate shoe. That’s not the fucking case at all… or at least for me. So, it’s important to combine those two and that’s always difficult with skating because in skating they’re not open to change but that’s inevitable. I don’t know if the shoe is going to change the game in any way, but I feel like I made an effort to kind of change it for people that would enjoy having a shoe that you can wear skating, but also wear out.

When you’re fully recovered what are your plans? Are you going to travel?
I’m going to Europe. I’m going to get the fuck out of here, that’s for sure.

Really? Why?
I’ve been in LA too long. I want to get the hell out of here and maybe just wing it for the summer.

Where in Europe do you want to visit?
I don’t really know. Just bop around. I love Copenhagen. I like most of the Scandinavian countries.

Is there anywhere you want to skate that you haven’t been to yet?
Iceland (laughs). I really want to skate in Iceland. No, I just really want to go to Iceland. I had a layover once there and ever since then… like I knew it existed, but I didn’t think about it ever. I would just cross over the pond without thinking that Iceland was an option to stop off at, but yeah… Iceland or Greenland. I’d like to go to one of those places. They’re not good for skating, but maybe I could convince someone that it is. Or, just do it on my own.

What’s your whole view on the skater-owned thing?
I can trust them, you know? Knowing that their background is only in skating. It’s all they understand. Those companies stand out, for sure. They’re kind of taking over now, so you can see that change. And I feel like with a lot of those other companies, the ones that have been around for a while and the new big ones that are coming in to play, you can see the contrast between those major companies… I don’t really know. I don’t give a shit (laughs).

I guess it’s one of those things you could talk about for ages…
Well, I haven’t talked about skating for a year so I’m really out of touch. And I kind of made it that way, because I haven’t been able to. So, I’m excited for when I finally get to skate again. I’m excited about the new Vans video! It’s relevant, it’s new. I like it. That’s the ‘skater’ answer. There you go.

Is there any skater that you’re in to at the moment?
Umm (thinking)… fuck. I like Gilbert Crockett. I like his style. I like what he’s turned in to because we got in to skating at the same time, but he made some big moves to different companies and changed his whole style and I liked what it turned into. I like how he sees things. He’s exciting to watch, for me. I guess as far as new guys.

Cool. So, I was wondering what kind of music you were into and if I could ask you…
(Interrupts) Scott Walker.

Oh, cool. Is that who you’re listening to at the moment?
Not right now, but it’s on rotation. I like Scott Walker.

If you could choose one song to sum up your youth, what would it be?
Umm… hold on, let me see. (Goes to look at his record collection) ‘Wouldn’t It Be Nice’ by The Beach Boys.

Ah, good choice. What’s your favourite song to listen to when skating?
I don’t wear headphones when I skate so I don’t listen to music when I skate. If I were to choose a song for a video part… I don’t really know, that’s always hard because you don’t want to mix those things. There are certain songs that I’ve used in the past that I could never listen to ever again. It just weirds you out. It’s like hearing your own voice. You have some sort of personal tie with it, that has gone public.

What about a song that lifts your mood when you’re feeling a bit shit?
Probably some sort of oldie. I don’t know… Who lifts my nude…. (laughs) Nude! Who lifts my shirt off? (laughs). Umm…

Where did your musical influences come from?
Just listening to friends’ music! Any of my friends’ music, lifts my mood. Hearing their voice and feeling that they’re there and knowing what they’re thinking while they’re writing their music really gets me excited. Like, if I’m on the road and I want a little piece of home, instead of texting people I’ll listen to music that brings me home for a small period of time. That’s my honest answer. That’s what I do.

What’s the main genre of music you listen to?
Steampunk (laughs). No, just rock and roll… I don’t really know. Alternative rock, psychedelic rock. I’ll listen to pop songs sometimes that I like. I would say mainly just rock and roll. Some hip hop. I’m open to anything, I’m not narrow when it comes to music.

What’s the most embarrassing thing in your musical collection?
I might have Gwen Stefani on my iPod.

Do you buy a lot of vinyl?
I try to! I’m not crazy about it, but if I have the option… The cool thing is that they give you a free digital download with it, so it’s kind of motivating to buy it because CDs are kind of going out. So I lean towards vinyl, but I still buy CDs. (Still looking through collection) No… this stuff’s all really awesome. If anything, I’m just really proud of it all. Music doesn’t really embarrass me. Sometimes, if I’m at a club or something and you hear something at a bar… Wait, I’m not a clubber. Why did I say club? (Laughs). If you’re at a bar and something weird comes on, you can get second-hand embarrassment. It’s also kind of funny. There’s one thing… that chick, Sky Ferrera, she’s a pop-singer chick…

I know.
She has a few songs that I listen to. But her market is 14-year-old girls. Her demographic is 14 to 17, hormonal.

You’re still allowed to listen to it though, it’s fine.
Yeah, that’s on my iPod. That’s pretty bad.

Have you got any other main interests apart from music and skating?
I like reading, I like camping, I like driving places. I like travelling and meeting new people, going to new places. Not really standing still. I don’t like that, I’ve been doing that a lot. Fuck… that makes me sound like a real loser. I keep getting asked, “What have you been doing the past year?” and I’m like, “I don’t fucking know.” I’ve been trying to stay sane…

Yeah, I bet it’s been hard!
I don’t really have too much to say, apart from that I’m alive and excited… I don’t know.

When are you able to start skating again?
In a few months. I’ve started pushing around… I’m not popping my board or anything like that. That’ll be exciting. But as far as hobbies that I’m in to… I don’t know. Nothing really changed or sparked my interest that I wanted to do that I didn’t hop on. I’ve just been thinking of going to culinary school. If anything were to pop up, I would do something like that just to have it under my belt. I didn’t do that this year. I should have, I could have… but the skater in me, that side of me, was like, ‘I don’t have to do that,’ which is fucking dumb. So, maybe I’ll do that at some point.

Cool! Sounds good. So, any last words?
God bless. Or something like that…

Linkedin
OTHER ARTICLES
Unearthing the archives of William Strobeck, the filmmaker responsible for the first full-length Supreme skate video "cherry" due for release on March 27.
Five things Breaks Mag learnt from Huf about starting your own brand.
The Boss has decided it’s time for a change. Now, having shaken off the shackles that have been weighing him down, he’s learning that the simpler life is, the better it gets.