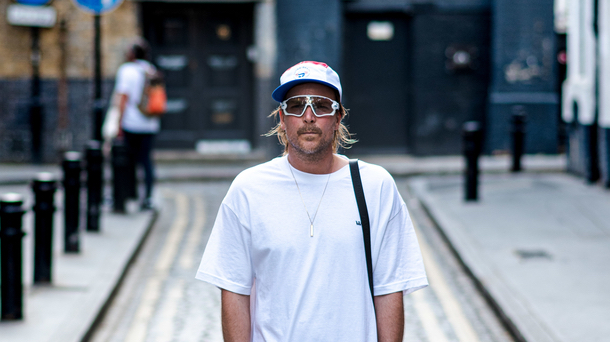 With the game set to be re-released next month, we caught up with the legendary skater to chat about its impact and the future of skateboarding.

With the game set to be re-released next month, we caught up with the legendary skater to chat about its impact and the future of skateboarding.

When it was released in 1999, Tony Hawk’s Pro Skater was a massive deal. Hawk had just landed the first 900° at the San Francisco X Games, propelling him into the upper echelon of American sports icons and priming millions of viewers to see skating as something more than a delinquent hobby. After years of declining popularity, the sport seemed on the cusp of breaking into the mainstream, and Neversoft’s game was perfectly timed to capitalise on it.

With the right blend of cultural accuracy, accessible gameplay, and larger than life skating, Tony Hawk’s Pro Skater was a hit with both skateboarders and outsiders. When THPS 2 released in 2000, it became the second-highest selling game of the year and solidified the market for skate video games. Along with the X Games demonstrating pro skateboarders’ talents in ways outsiders could grasp, THPS showed sceptical parents around the world that skateboarding had real career potential. It wasn’t merely a phase for degenerate teenagers, but something you could become famous for and earn a living from.

Just as importantly, the game resonated with skateboarders because the developers emerged themselves in that world. The studio head installed a mini-ramp in his backyard and encouraged programmers to skate so they could make the gameplay more realistic. They verified all the tricks with Hawk and other skaters involved, and asked for feedback to make sure the cities and skate spots featured were relevant to skateboarders.

And in order to capture the flavour and style of skateboarding at that time, the developers relied on pros like Chad Muska.

By 1999, Muska was one of the most sought after pro skaters. He’d generated fans not only through his video parts and signature boards and shoes, but his personal style and accessories. Kids emulated his bandana headbands, red sleeveless T-shirts, and signature boombox, which he brought to demos and even grinded handrails with. His distinct personal style set him apart from other pros at the time, and being a character in the THPS games helped to launch him far beyond skateboarding.

Next to Tony Hawk, Muska became one of the earliest celebrity skateboarders, and he went on to influence fashion and sneaker culture broadly. From clubbing with Paris Hilton to making music with Prodigy and designing shoes favoured by Lil’ Wayne and Kanye West, Muska redefined the possibilities for a pro skater’s career the same way THPS opened new doors for skateboarding itself.

In anticipation of the remastered release of THPS 1+2 – September 4, 2020 in both the US and UK – Muska spoke about the games’ impact on him, and what he thinks the future holds for skateboarding.

No, I was just curious because I’d heard the skaters made more money off the first game than the later ones.
Chad Muska: I don’t remember the exact amount. But when you say life-changing I would consider that like you’re still living off of that money, like Tony’s amount probably was. And I’m not upset about that deal in any way, I’m just saying that I wouldn’t consider my deal life-changing.

What effects did being in the game have on your life?
Chad Muska: I don’t know how many units were out there, but it felt like millions of people saw the game. It really solidified skateboarding as something more than just this kind of parking lot backyard thing that these odd kids did.

I think it birthed a whole generation of insane skaters that we see to this day, that probably were just some kids who picked up a video game and their first introduction to skateboarding was an exaggerated, unrealistic version of skateboarding. So they got to see this and think that was skateboarding and they ended up doing those tricks that were kind of impossible at the time the game started.

Did being part of THPS help you break into the Hollywood scene?
Chad Muska: No, I did that on my own. [laughs] No, I’m just kidding. I’m sure it played a part of everything that was happening in my life at that time. It had to have played some sort of part in getting me into that nightclub one of those nights.

If you were in a nightclub and you were the only skater there, how did that feel?
Chad Muska: It’s such a distant memory, so my perspective now on it is obviously different than it was at that time, but I thought I was the king of the world at that time. I was like, I’m gonna bring skateboarding into Hollywood and to all these celebrities. I definitely was riding on my high horse and I just thought it was all part of my career.

Would people at the club ever ask you to do a kickflip for them?
Chad Muska: I’m sure sometimes that would come around, and half the time I would actually be skating to the clubs so that would be part of it.

Rolling up to the club on a skateboard sounds pretty sick.
Chad Muska: There are cheesy photos of me on press lines ollieing and stuff like that. I was a ham, I was living it up and I was having the best time of my life, and the idea that a street skater coming to California with just a skateboarding dream was able to infiltrate and be part of this Hollywood scene and the music scene and the fashion world and all these things that were so unrealistic and untouchable to me, was just insane to me.

I remember waiting to wake up a lot of times and it not be real because it was all such a crazy dream that was actually happening.

What expectations did you have for THPS initially? Were you worried it wouldn’t translate skateboarding to a bigger audience or not do justice to skateboarders?
Chad Muska: At the time I was almost in disbelief. Like, we’re gonna be in a video game? I don’t think we were thinking, ‘Is this going to be the best version of skateboarding applied to the gaming world?’ I was just excited about the idea of a new skateboarding video game entering the world.

I’d never seen any 3D animation or creating avatars from real people, and coming from a graphic design background, it was exciting for me to be a part of the process of how the game was made.

I heard you showed up to the Neversoft office wearing the outfit you wanted your character to have. Is that true?
Chad Muska: Of course! How else would I show them what I wanted to be like? And I probably had three other options in the car to go too. You know how I roll.

Anything you’re looking forward to in the remastered version?
Chad Muska: Just seeing the technology that exists to animate the characters, because they’re getting pretty realistic nowadays. But I remember when I saw the first ones, that was top quality to me. I was like, ‘This is crystal clear, it looks just like it’. Now when you look back on it it’s pretty gritty looking.

And to re-experience this process. It was like top-secret technology, NASA-style. There was this ball of light that I stepped into and they scanned our bodies with a million cameras all taking photos of you and getting every detail. I was like these guys better be able to digitally remaster me a little bit because I was feeling a little out of shape at the moment. I told them they had to give me some digital abs. It can’t be too realistic.

How good are you at playing THPS?
Chad Muska: I’m really horrible at playing video games. I used to get so pissed off because I wanted to be good at that game, and I kept trying to learn how to play it. I remember I used to go into a freestyle session and skate around that warehouse. That was about as far as I could get.

Do you think kids just starting to skate today are better off because skateboarding is so popular, or do you think they would have a more meaningful experience if it wasn’t as mainstream?
Chad Muska: I’m all about adapting with the times and not trying to hold onto what was my experience in life, so I don’t want to be that person that’s forcing my perspective on the next generation. I can share my experience with them but I look forward to seeing their interpretation of what was before them and what they come up with.

There are obviously things that have changed, like they didn’t know what it was like when you weren’t able to upload your skate video on YouTube and get sponsored and flown across the country without having to hitchhike and be broke and sleep on the beach, but it’s the world that we live in now. I never wanna be somebody bitter looking at the future generations doing their thing, so I just try to embrace it and trip out on how far skateboarding has come in general.

This is kind of off-topic, but I like the inspirational messages you leave on Twitter. Are you planning to put them into a book down the line?
Chad Muska: That’s been super on my mind. I used to write things down on tour or have little diaries with me and sketchbooks, but they would just go into my closet and stack up with the other things. Through that medium, I have these quick thoughts and have a collection of them in real-time. It’s like the little black book that can’t get lost or replaced.

Twitter was the first social media I ever joined. I never had Facebook or Friendster or whatever those other ones were. Twitter was the first time I was able to share something in real-time with people and see a response. I’ve found that some of the things I say can help other people and that’s just like icing on the cake because it’s sort of therapeutic for myself to share the thoughts. Just the fact that it can spark up conversation and do something in somebody else’s life, that’s a pretty cool thing.

Linkedin
RELATED ARTICLES
OTHER ARTICLES
A new podcast is opening up the conversation between trans women and trans amorous men in the hope of building coalitions.
A new exhibitions brings together the work of photographers who documented the deep unrest of these pivotal decades.
Photographer Becky Tyrell went down to the fading banger and stock raceway to meet a community desperate to keep it alive.
Theo McInnes’s photos of the annual event provide an intriguing snapshot of contemporary Britain.
AI companies that develop image-generators using copyrighted artwork from the internet are coming under fire from artists who say that it amounts to theft.
After building his reputation covering the US civil rights movement in the 1960s, the photographer went on to produce some of the most enduring images of the past century.