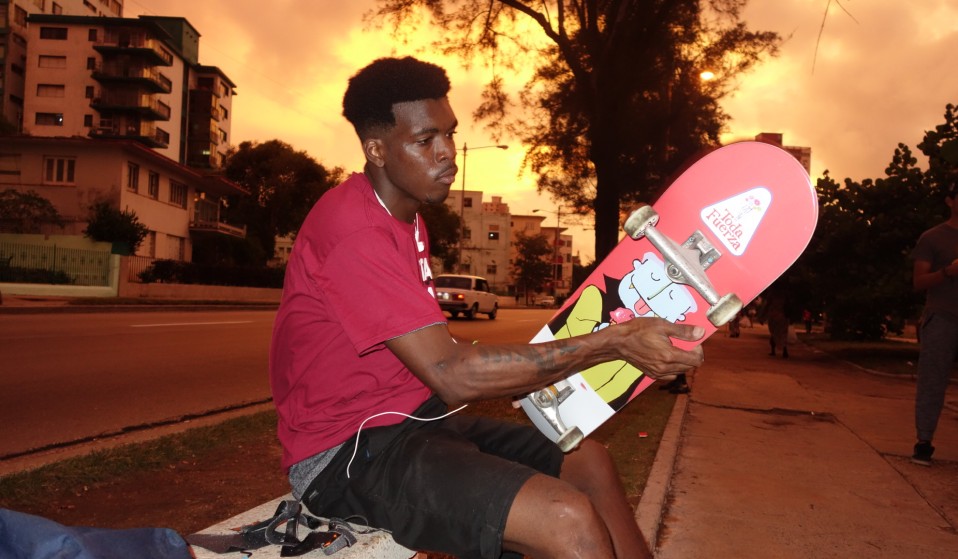 Havana’s only skatepark is in pretty poor health. Hidden away behind a hospital, its sharp metal ramps are gnarly and when it rains, the park fills with water. Not content to let poor facilities get in their way, Cuba’s small but growing skate community are developing as hardcore street skaters elsewhere.

Cruising to 23 y G, Havana’s famous skate spot, is the best place see the cream of Cuban talent. It’s the beating heart of the emerging scene, where skaters are laying the building blocks for the future. Six of the country’s best skaters – most of whom met and started to skate here – are now members of the country’s very first amateur team – with global ambitions.

Toda Fuerza (All Strength) is the first brand to sponsor skateboarders and artists in Havana, to help grow the culture despite the limitations still posed by the US embargo. Founded by Cuban-American skater and photographer Steven Andrew Garcia, Toda Fuerza’s aims to open up access to skate equipment, share Cuban skateboarding, art and design with the outside world and have a Cuban team compete at the 2017 Tampa Am contest in Florida for the very first time. 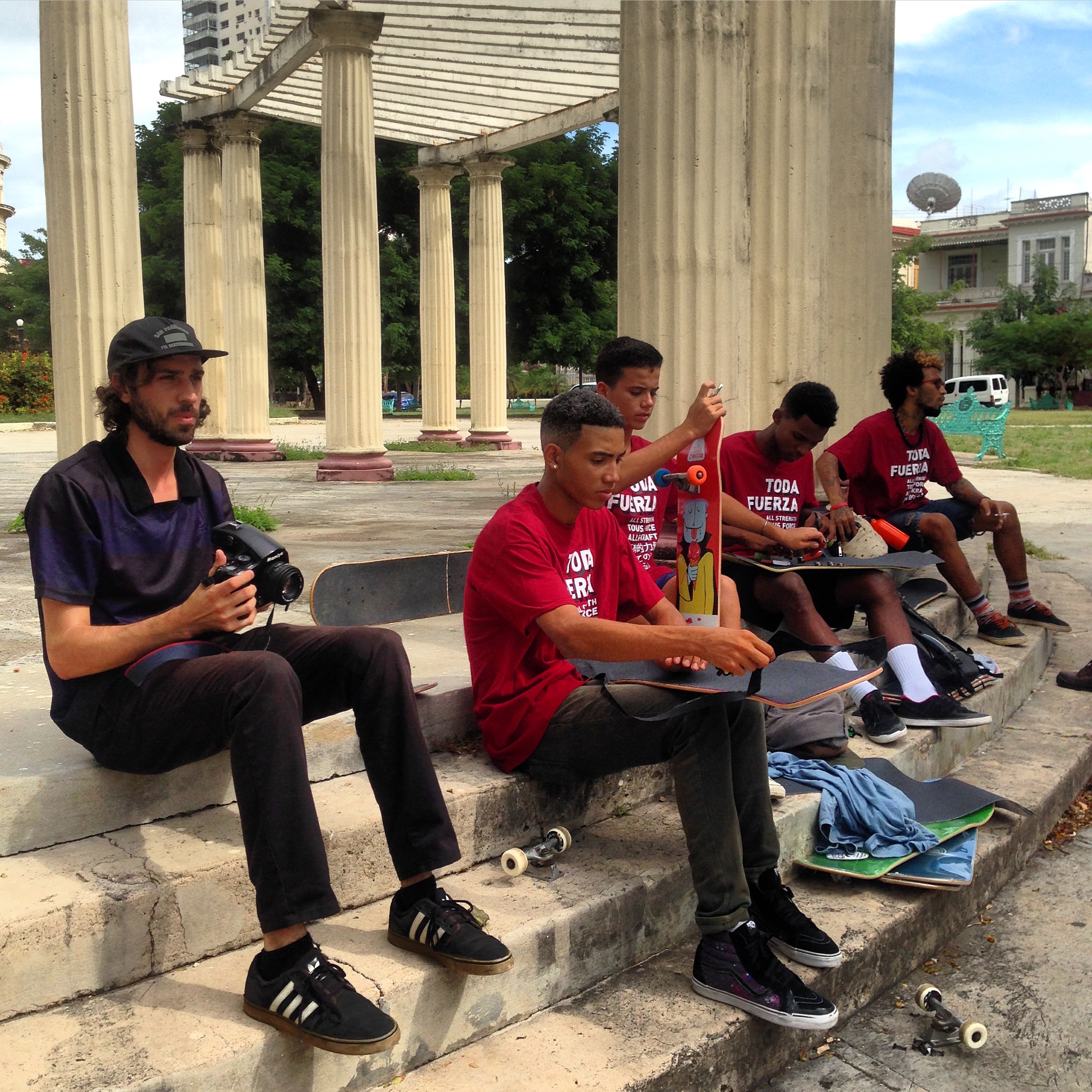 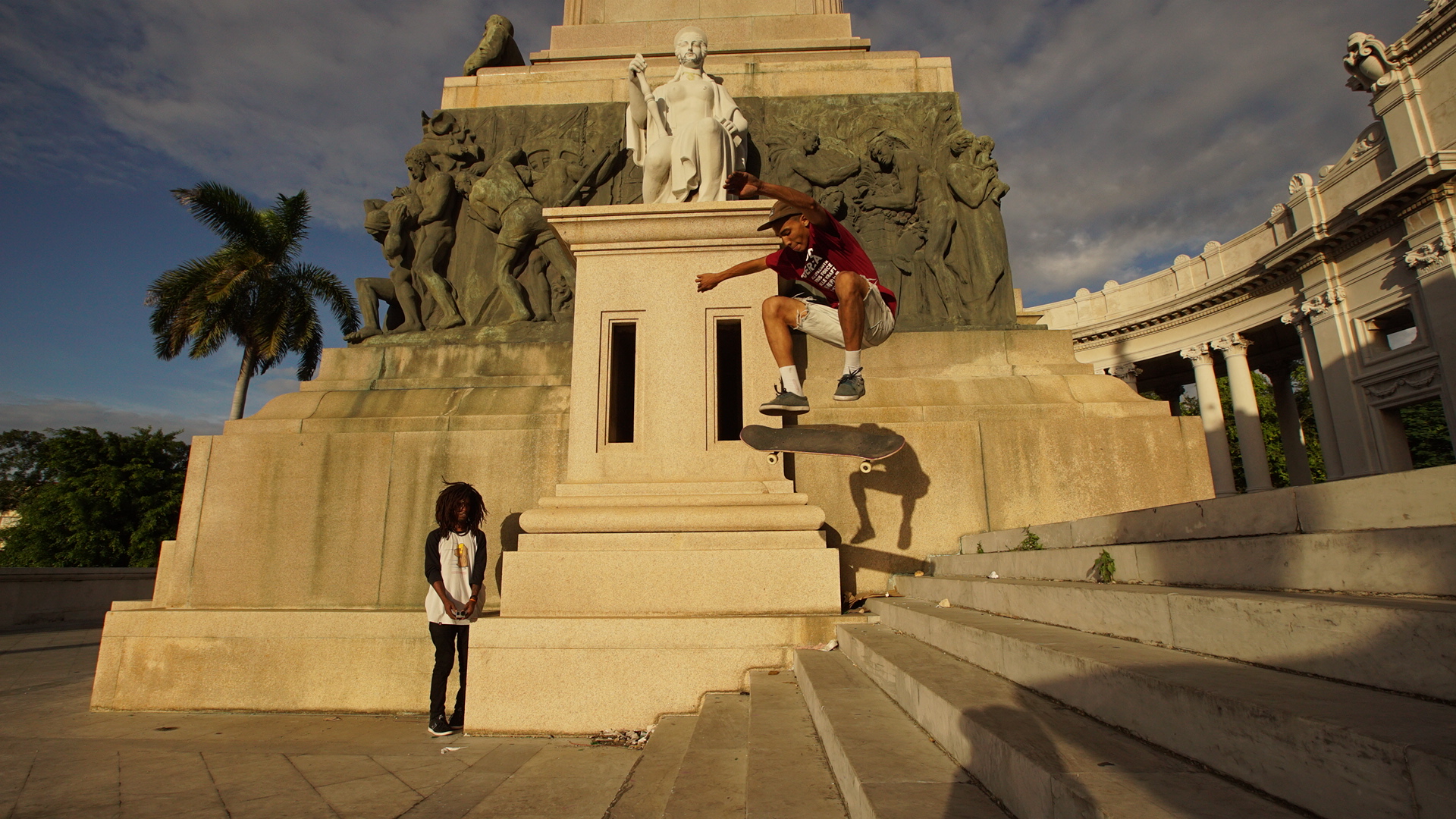 “Since my dad and grandparents are from Havana, I was always interested in connecting in some way with the locals,” Steven explains, “and trying to find people who were into similar things, like music, skateboarding and art. When I arrived I met so many people who were super talented, but I also saw the limitations.”

While there’s a ton of talent, unreliable access to boards is holding back skateboarding’s progression. A combination of factors including lack of industrial factories, expensive importing, and – of course – the embargo make access to essential equipment difficult for most Cubans. 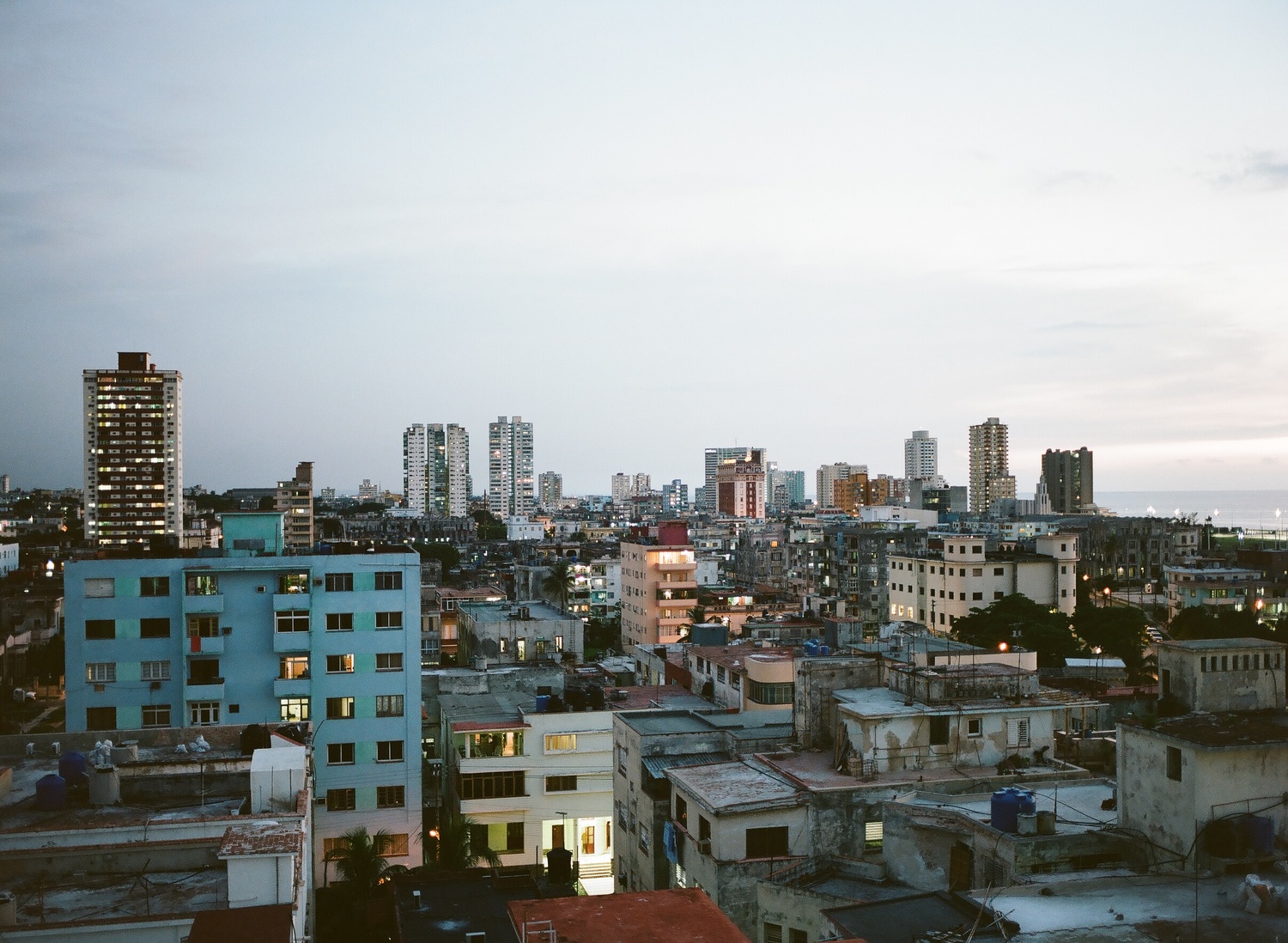 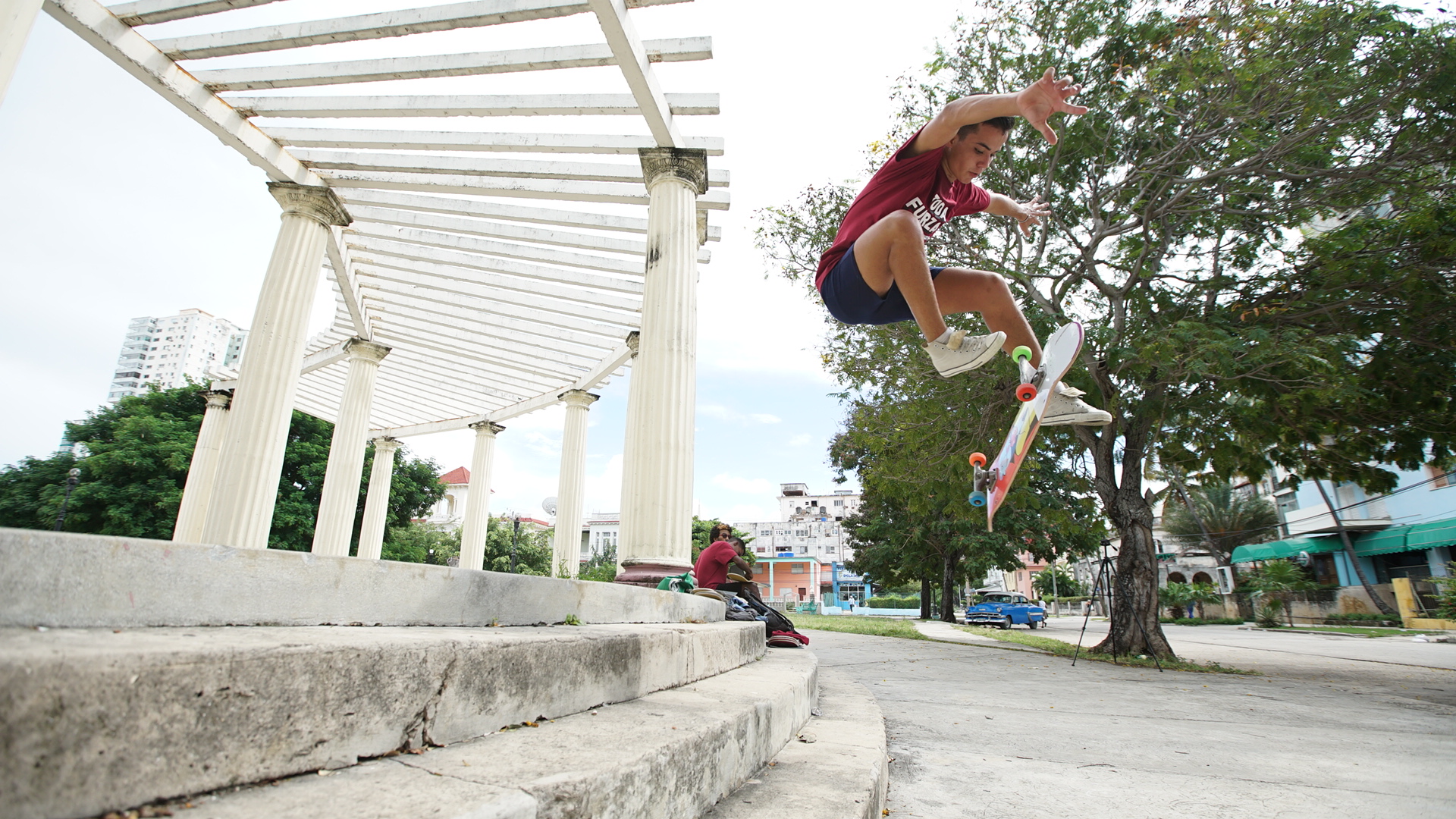 Using his own cash from photography jobs, Steven filled a duffel bag with Toda Fuerza boards he made cheaply in the US and offered them to Havana’s closest thing to a skate shop, the rad hangout of Clandestina, run by Cuban artist Idania Del Rio. The brand’s first deck was a collaboration between Steven and Stereo Skateboards art director Ron Rauto, but the next series will be with Cuban artist Jorge Rodriguez Diez aka R10, and Steven hopes to work with more Cuban artists as the brand grows.

“Everybody aways told me that this kind of thing was impossible in Cuba,” Steven says. “But surprisingly, people have been really into it, not just skateboarders, but everybody wanted these boards. We’re definitely going back with more boards, shorts and jerseys. I don’t see any problems at this point.” 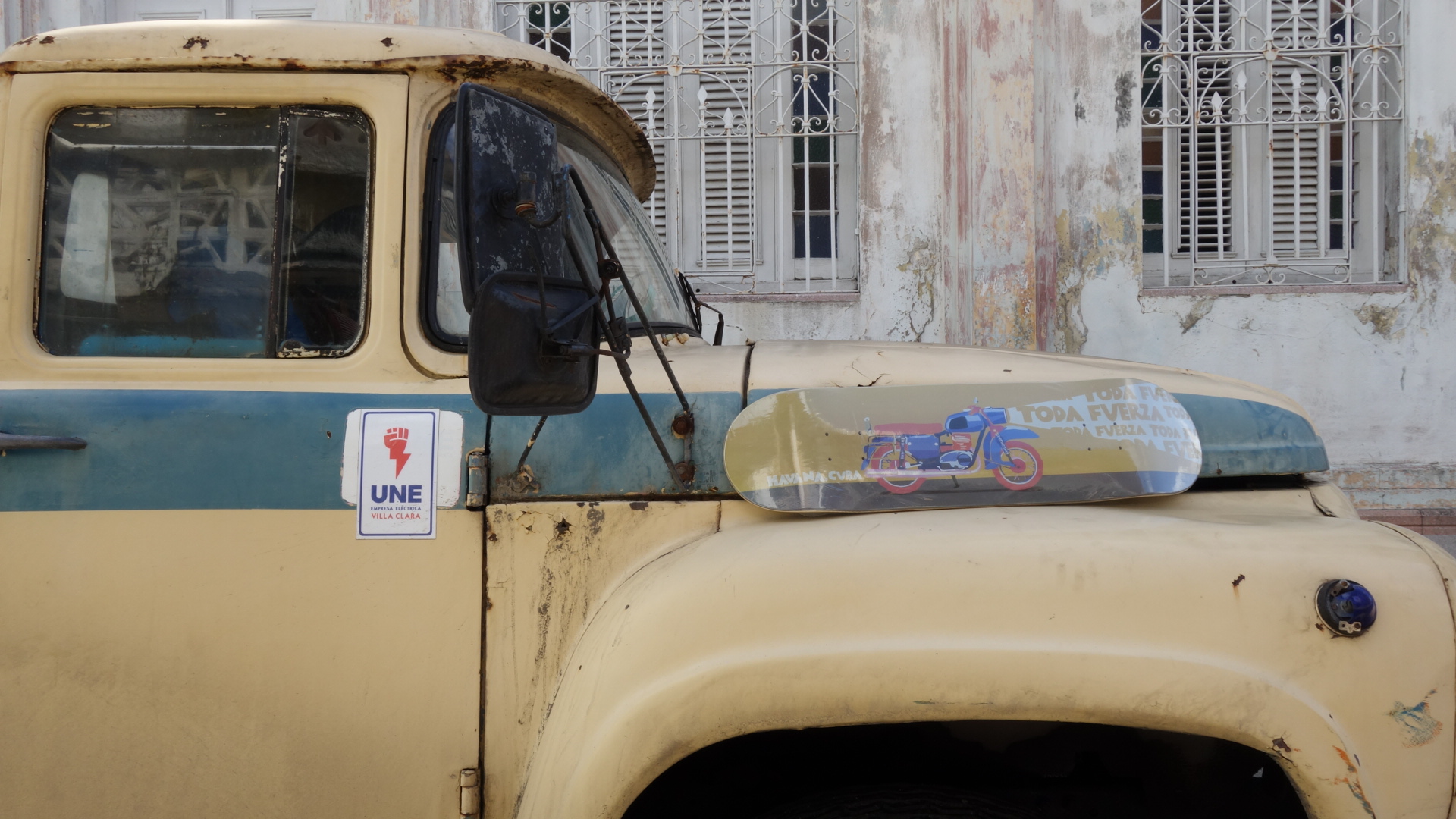 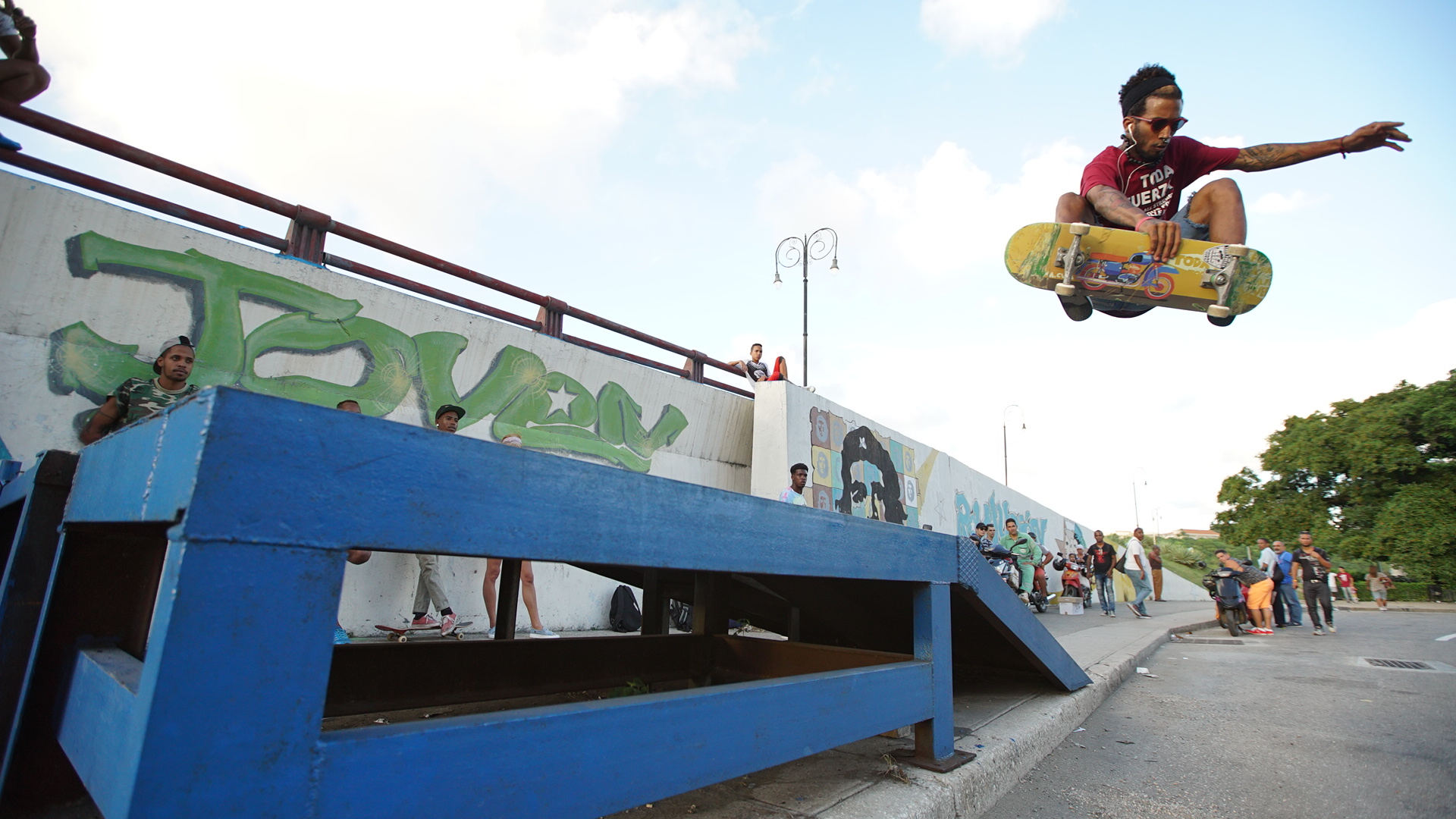 Amigo Skate and Cuba Skate distribute foreign-donated skate equipment and have played a huge role in building the scene. But Toda Fuerza’s ambitions are different. The island’s best skaters often go months without access to a board when one snaps, which holds up their progress.

“Skateboarding is a lifestyle and so many young people have already started to skate,” explains videographer Yoendry. “They want to be part of it and show people what they can do here. I have been in the streets shooting photos and videos for a while. The coolest thing about Cuban skate culture right now is that there is something inside people that drives them to keep pushing forward. We’re stoked about all the new things happening and people from outside coming to help and support the skate community here.” 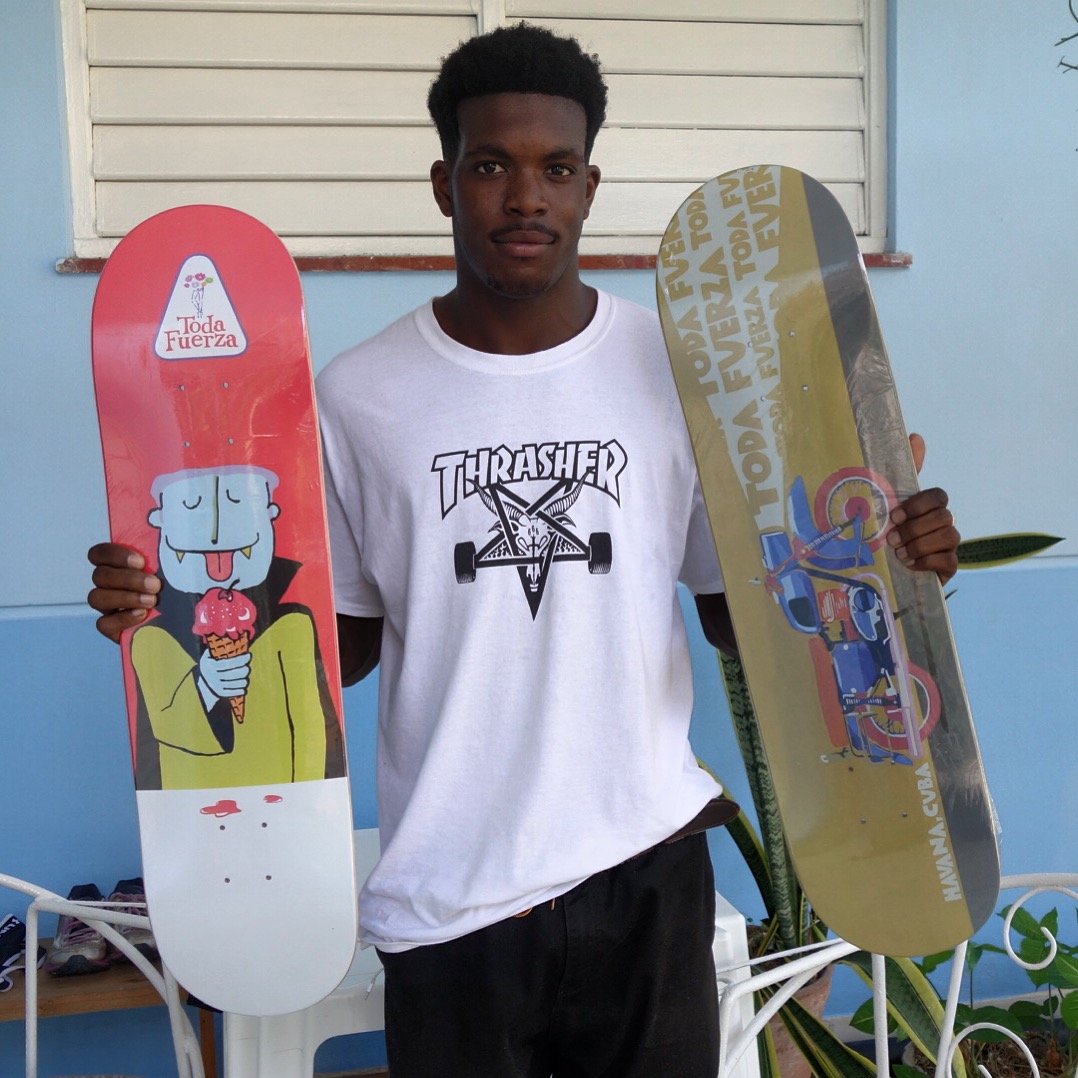 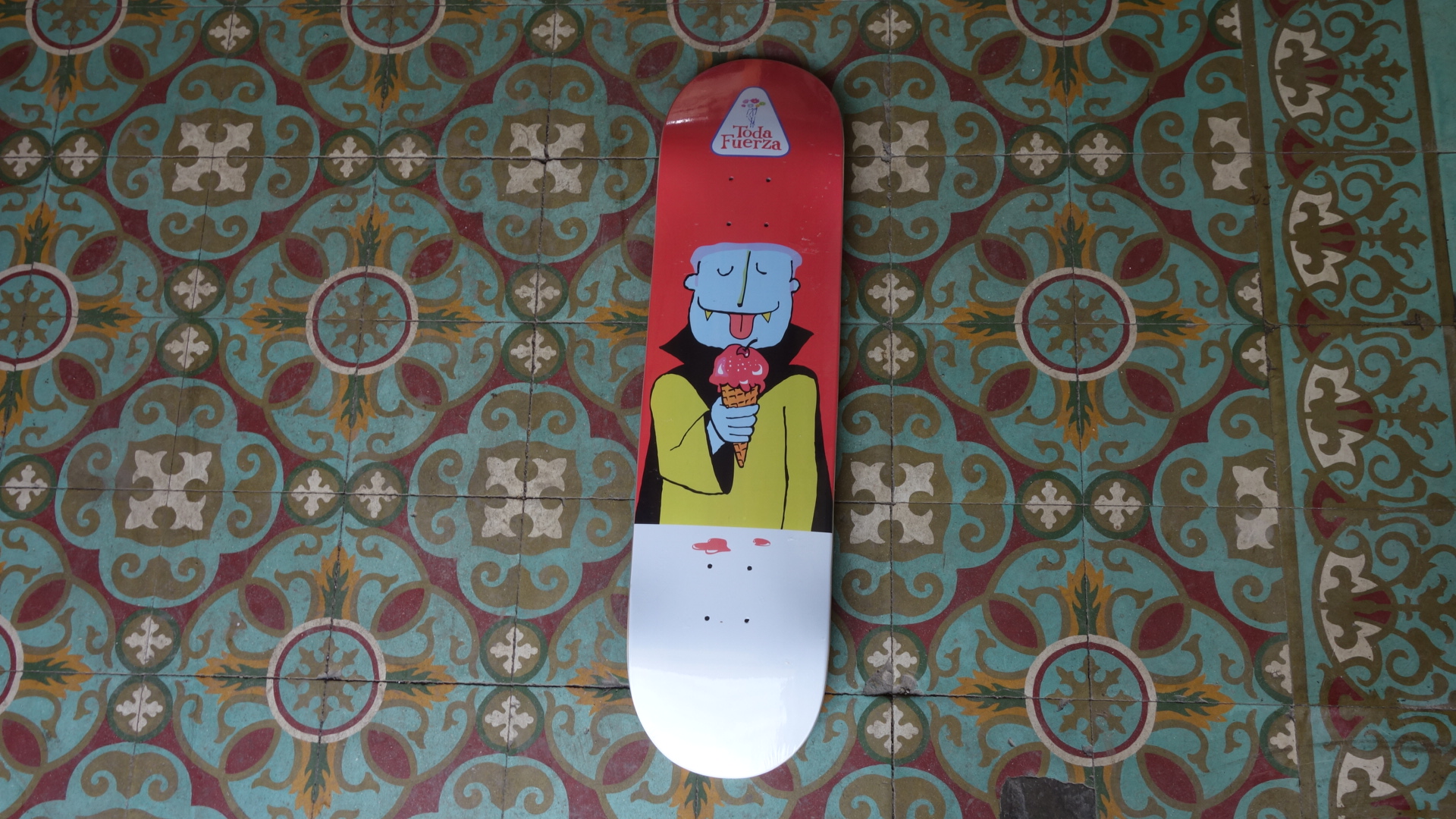 Steven hopes the launch of Toda Fuerza will be well-received outside and allow him to keep bringing boards over to the team. Future plan involve bringing more artists on board and signing some female skaters to the team. He’s also released a photobook, Toda Fuerza, that documents the emerging scene, with all proceeds helping the team to get closer to their goal of competing in the 2017 Tampa Am contest. No easy feat, given the lack of training facilities and no guarantee that either the Cuban or US governments will agree to grant the necessary permissions.

While some express concern at Cuba’s unique culture being diluted by outside imports, Steven argues that the island’s opening up to the outside world can only be a good thing, giving young Cubans, especially Cuban skaters the opportunity to learn and share. Being Cuban, with their creativity, inventiveness and strong sense of who they are, they’ll always put their own distinctive fingerprint on anything that arrives from outside – as they have done with hip hop, tattooing and hot-rod culture.

For Yoendry, the opportunity to exchange culture is too overwhelming to pass up. “I’ve got many reasons to want to travel,” he says. “I want to learn new things, film in different countries and experience other cultures. My focus on photography and film has always about showing the world what skate culture in Cuba is really like – and travel is just another opportunity to do that.”

Linkedin
RELATED ARTICLES
OTHER ARTICLES
Tristan O’Neill’s shots of dancers caught in moments of reverie at the height of rave’s golden age are a testament to the UK’s legendary club culture.
Photographer Sean Maung reflects on documenting a small town in Pennsylvania afflicted by high levels of unemployment, poverty, violence, crime, and addiction.
At his West Bank restaurant, Fadi Kattan established himself as the voice of modern Palestinian cuisine. Now, he’s bringing his innovative, bold flavours to the UK’s capital.
Following the release of his debut single, Deyaz talks battling addiction, dealing with his struggles through music, and building a budding music career from his living room.
Social prescribing connects people with non-medical support to improve their health and wellbeing – but some experts worry it’s just a stick plaster solution.
AI companies that develop image-generators using copyrighted artwork from the internet are coming under fire from artists who say that it amounts to theft.