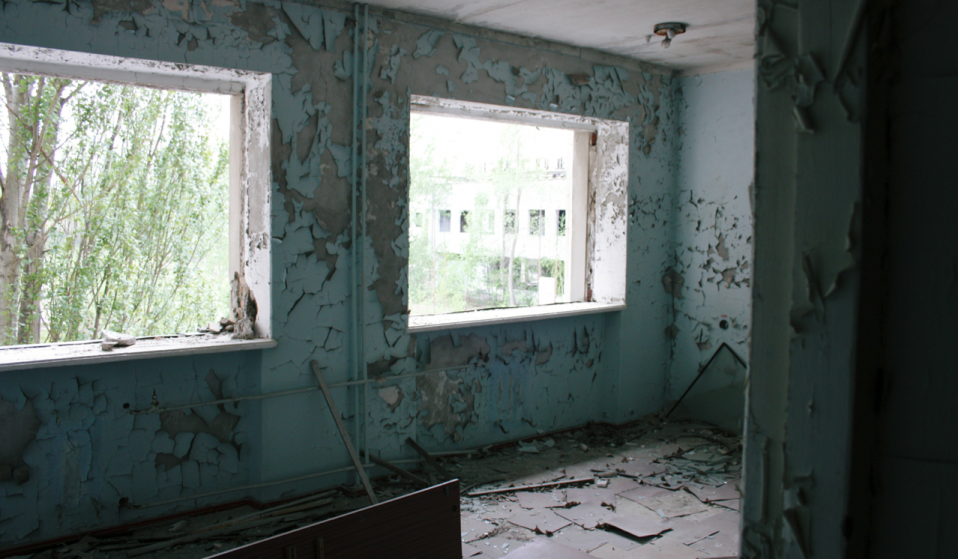 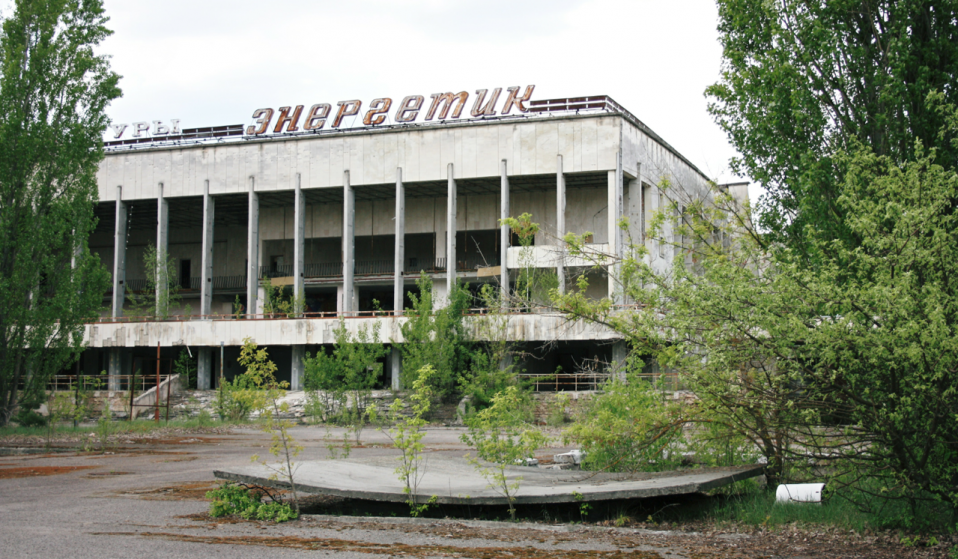 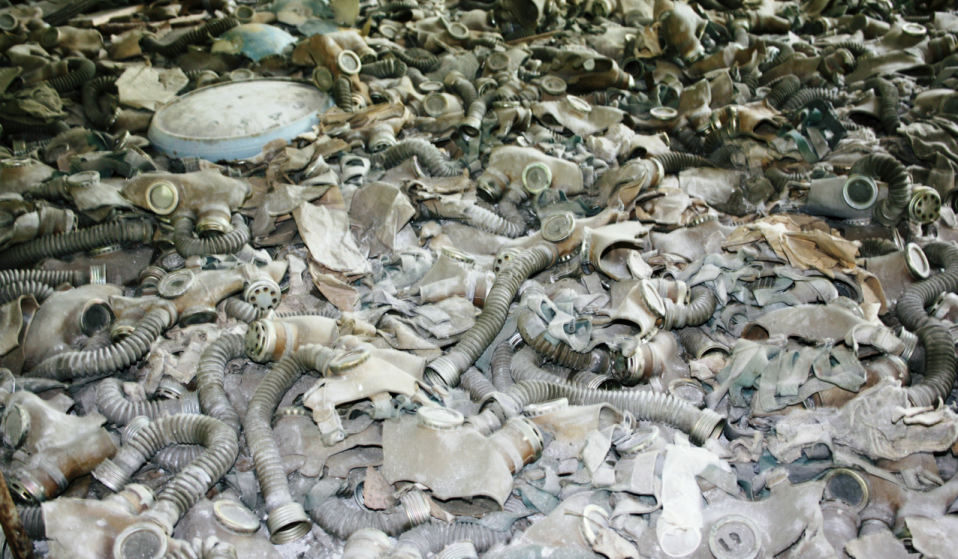 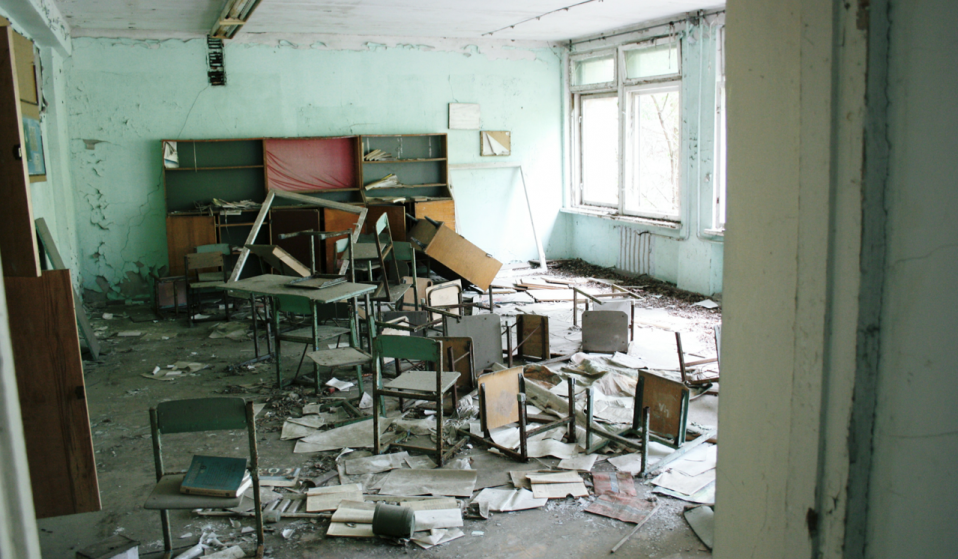 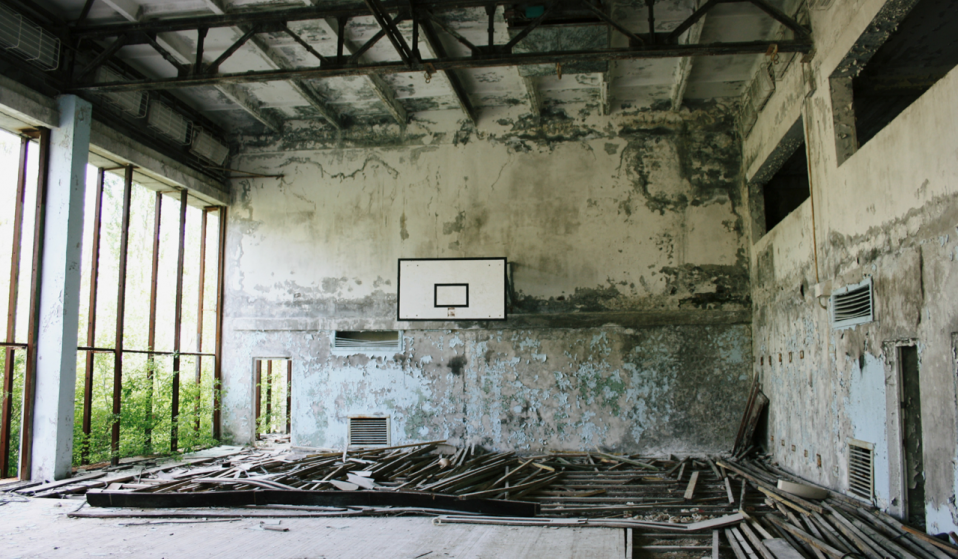 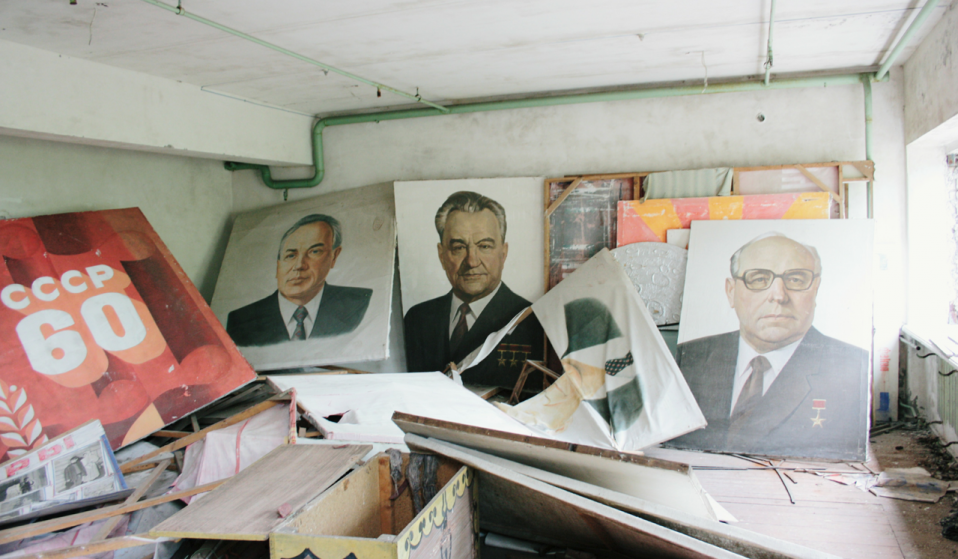 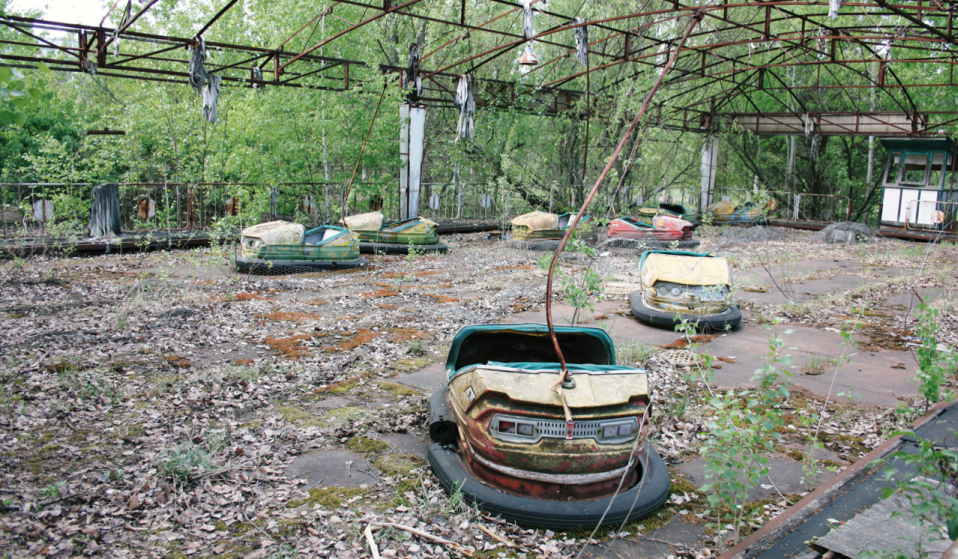 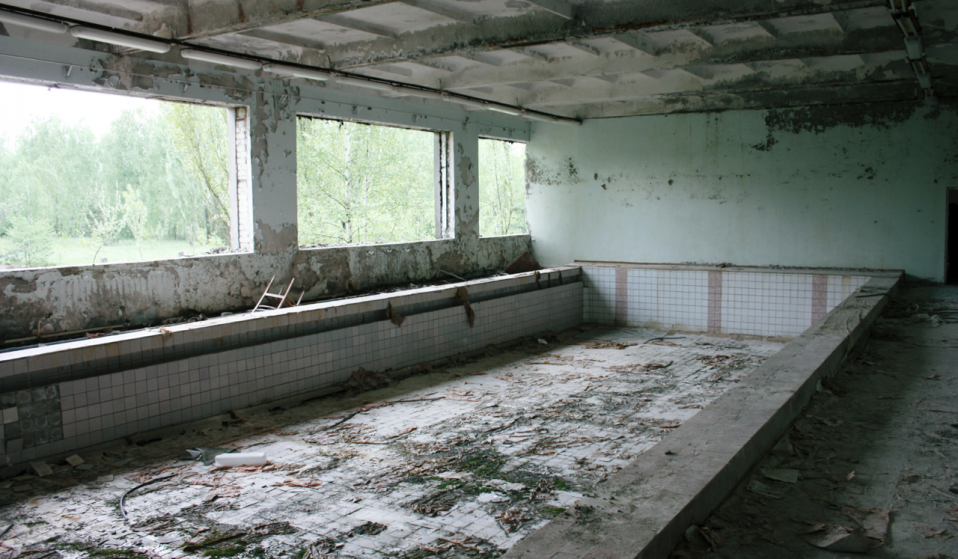 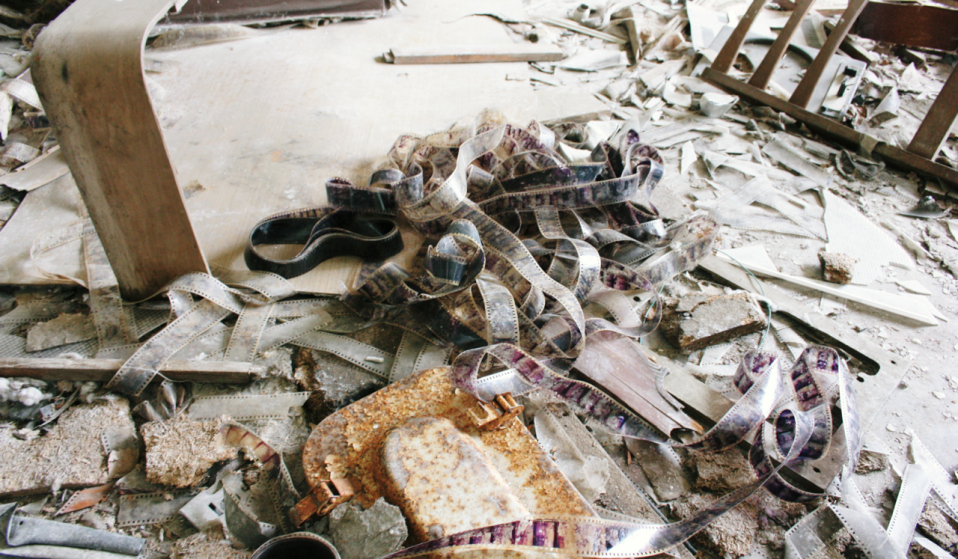 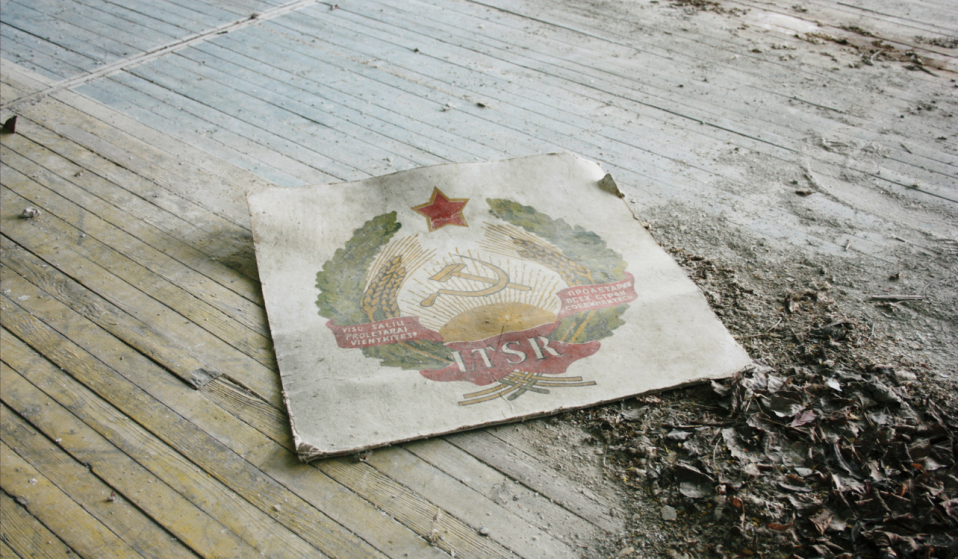 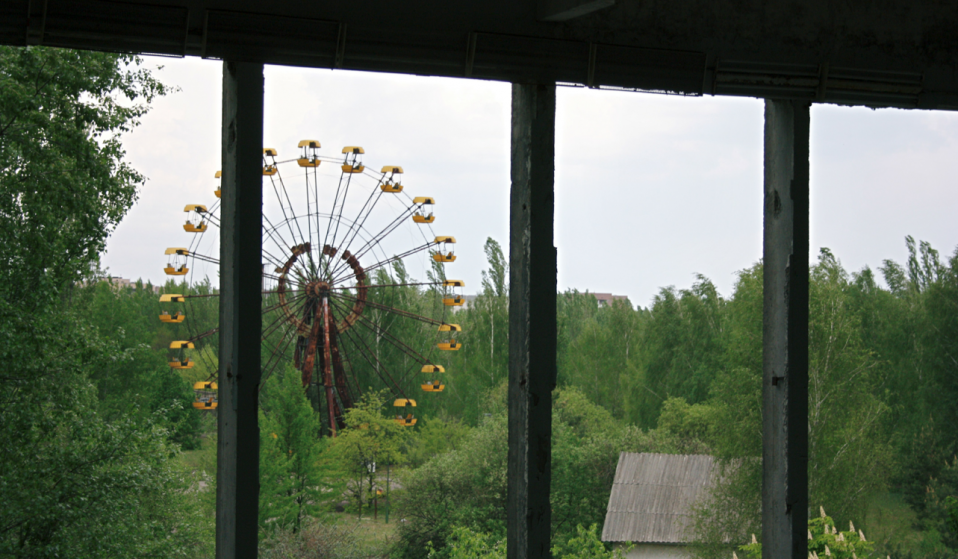 A time capsule of the Soviet Union in northern Ukraine.

A time capsule of the Soviet Union in northern Ukraine.

On 26 April 1986, a reactor in the Chernobyl nuclear power plant in northern Ukraine (then part of the Soviet Union) exploded. The blast sent a plume of radioactive fallout contributing to over 4,000 deaths, making it the world’s worst nuclear accident in history.

The enormity of the disaster is something that Harrow-based pro skater Dan Cates has found compelling since he saw it on the news as a child. So much so that he decided to visit the plant, and the nearby abandoned city of Pripyat, while on a skate trip to Ukraine last summer.

“As soon as I realised you could go there, I wanted to,” says Cates of the site that was abandoned forty-eight hours after the accident. He jumps straight into a string of apocalyptic stories, having read up on the disaster and witnessed the aftermath first-hand. There are tales of radioactive mud, off-the-scale Geiger counters and graveyards full of tanks, helicopters and diggers used in the clean-up operation. Cates seems fascinated.

“There is a massive amount of radiation there, but as long as you don’t hang around for too long or lick the floor, you’ll be alright,” he continues. “It’s a fascinating place, just really spooky. There’re flats that still have kids toys in them and a floor of a school that’s a sea of gas masks.”
Surrounded by this nuclear detritus, Cates didn’t waste any time indulging in his recently acquired passion for photography. “It got to a point where I realised that I’m doing all this stuff but I need something to jog my memory,” says Cates of why he first picked up a camera. “If you can’t remember it, there’s no point in ever having done it.”

Cates’ images of Chernobyl may feature on his new Death Skateboards pro deck, but his penchant for shooting the unsightly extends far beyond skateboarding’s reach. Now undertaking an art foundation course at the City of London College, Cates has been visiting a number of run-down housing estates around London, such as Thamesmead and Kidbrooke, to capture a post-industrial sense of urban decay.

“I don’t really like flowers, beaches and sunsets – I prefer industrial detritus,” explains Cates. “In any big city, there are some really hideous things that man has made. You stop and look at them and think, ‘How could anyone believe that was a rad thing to build?’ It’s so grim – it’s amazing that it’s even there. But the more shocking it is, the more interesting it is as a picture.”

Linkedin
RELATED ARTICLES
OTHER ARTICLES
An enduring inspiration?
As the world celebrates the 25th anniversary of the fall of the Berlin Wall, one of the city's most famous artists Thierry Noir describes how things have changed.
Their country may be locked in a tug of war, but young Ukrainians have a mind of their own.