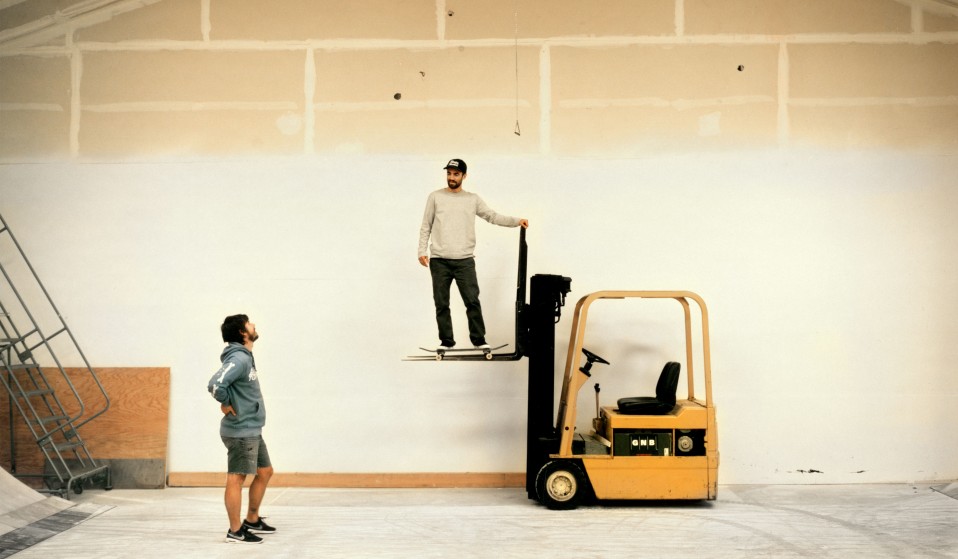 Skate Mental lifer Dan Plunkett offers a view of SF as seen from Richmond, his adopted ’hood in the northeast corner of the Bay.

Skate Mental lifer Dan Plunkett offers a view of SF as seen from Richmond, his adopted ’hood in the northeast corner of the Bay.

Here, in the latest post from 'Lines Through The City' – a collection of skateboarding and cycling stories produced by Huck in collaboration with Levi's® Skateboarding™ – Dan shares how he and a group of friends have carved out their own nice in East Bay.

Most skaters move to the Bay Area with big dreams of San Francisco’s steep hills and multi-set staircases. But when 31-year-old pro skater Dan Plunkett moved here from Buffalo, NY, a few years ago, he decided to establish roots in Richmond, a city at the northeast corner of the Bay known more for its oil plant and homicide rate than its gilded skate spots. Here, he and a group of friends have carved out their own niche of East Bay skatedom.

His daily rounds begin with a cup of coffee and a hike up to the 2,500-acre Wild Cat Park in the hills above Richmond. “I get my coffee at this place that has really good coffee and no line. Then I let the two dogs run around with the cows and I get a chance to warm up my legs,” he says. “From up there, you get a great view west over the Bay and San Francisco, and I can look down on Point Richmond where the Skate Mental warehouse is.”

Dan’s been on the Skate Mental team for six years, and his duties now include everything from team manager to occasional graphic designer. “Brad Staba [Skate Mental owner] was the one that pushed me to move out to the Bay. We met on a skate trip way back… I can’t even remember when. I feel like I’ve known him forever, though. We spend a lot of time working at the warehouse, plus half of it is a park with, like, a 20-foot-long bank,” he says. “No wonder I live so close.”

From Dan’s home base in Richmond, he can skate to any number of choice spots in just a few minutes. “I really like skating in Richmond,” he says. “It’s kind of ’hood, but there are a lot of artsy, wavy marble ledge type stuff out here. A lot of dudes don’t like the Richmond skatepark because there’s a lot of lurkers – dudes drinking beers and smoking weed – but they don’t bother anybody. Plus, there’s a solid crew of young skate rats over here. They’re real intense. The second I show up they’re already lined up trying to challenge me to a game of S.K.A.T.E.” 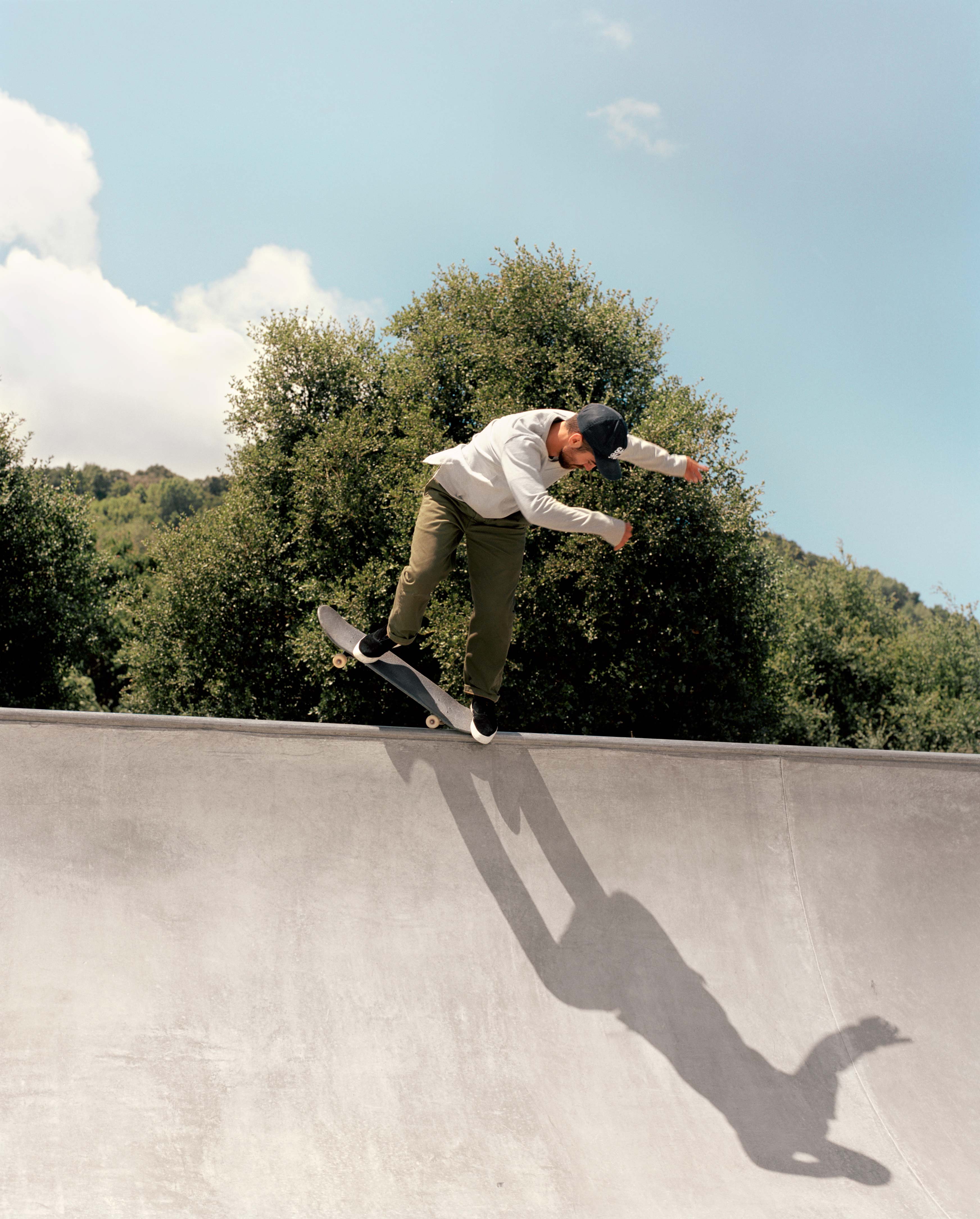 If he’s feeling really ambitious he’ll jump on the BART train and head to favourite spots in Berkeley or San Francisco. “You can get off at any station in the Bay area and there’s incredible stuff to skate,” he says. “Let’s say I’ve got a friend visiting; I’ll take them on what I call my tourist route. We’ll get off at the 24th Street station in the Mission and grab a burrito and a Modelo at one of the fine Mexican establishments. Then the Potrero skatepark is classic. People skate it every minute of every hour of every day. Full heckler scene, but a blast to skate.”

In a city full of insane hill bombs, Dan is quick to anoint his favourite: “You go up the Veteran Affairs Hospital in the hills near Fort Miley, and there’s this perfect hill, smooth street, with, like, a 15-minute ride that comes out of the woods and into the city,” he says. “It’s not too steep and it’s the best views.” 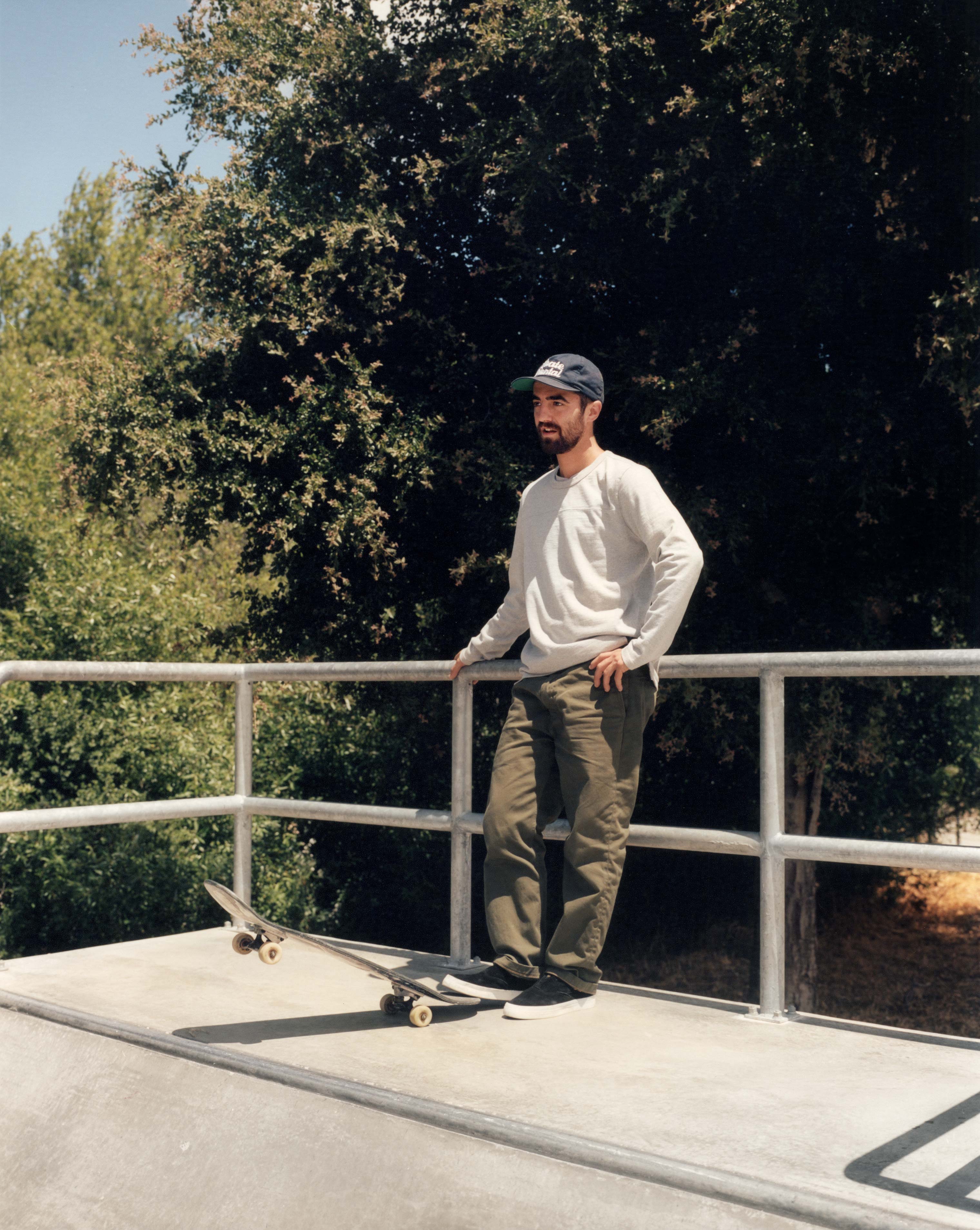 That’s not the only city ritual Dan has come to embrace. “I like to go to baseball games in the summer. I’m not a Giants fan,” he says, “but AT&T Park is a really good place to see a game. Thrasher has super nice box seats we sometimes get, but Brad and I also like to just buy the cheap standing-room-only tickets and post up in the right field corner. You get a bacon-wrapped hot dog from the street vendors first so you can save some money for the $14 beers. Hopefully our boards are still in the bushes where we hid them when we get back.”

At the end of the day, Dan is happy to wrap it all up and head back to the comforts of his homestead. “We’ve got our own little thing in Richmond. It’s easy living out here, and the skating is underrated,” he says. “In fact, I was just thinking about going for a skate, but first I’ve got to mow my lawn.”

Check out the Levi’s® Skateboarding™ collection online and at specialty shops worldwide.

Linkedin
RELATED ARTICLES
OTHER ARTICLES
In her new book, the author explores the country’s housing crisis in human terms and calls for radical action to address a broken system.
A new report has found that the majority of Britains approach trans issues with compassion. It’s about time this was reflected by our media landscape.
Proposals to introduce a minimum GCSE threshold for student loans will disproportionately affect those from marginalised backgrounds.
In the latest instalment of Photographers in Conversation, the chronicler of raves, protests and beyond explains why he’s drawn to such specifically visceral environments.
50 years since its inception, and the campaign calling for recognition that capitalism depends on domestic labour is as pertinent as ever.
The past five years have seen a staggering increase in foodbank usage across the UK. Now, staff fear things are set to get much worse.