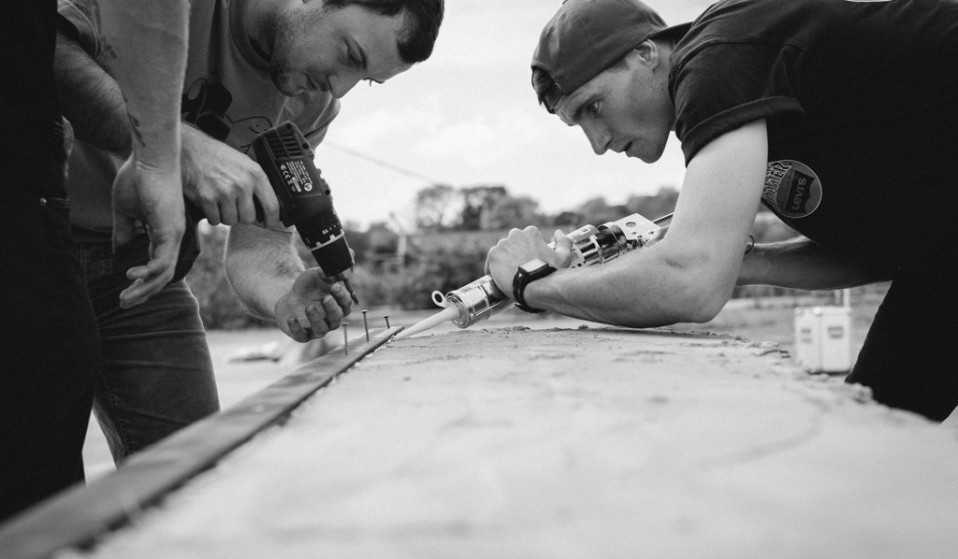 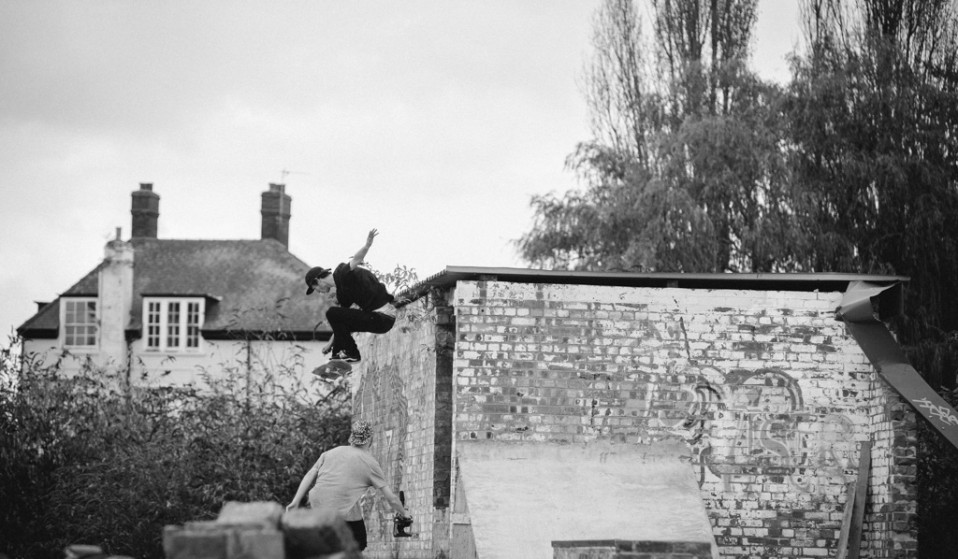 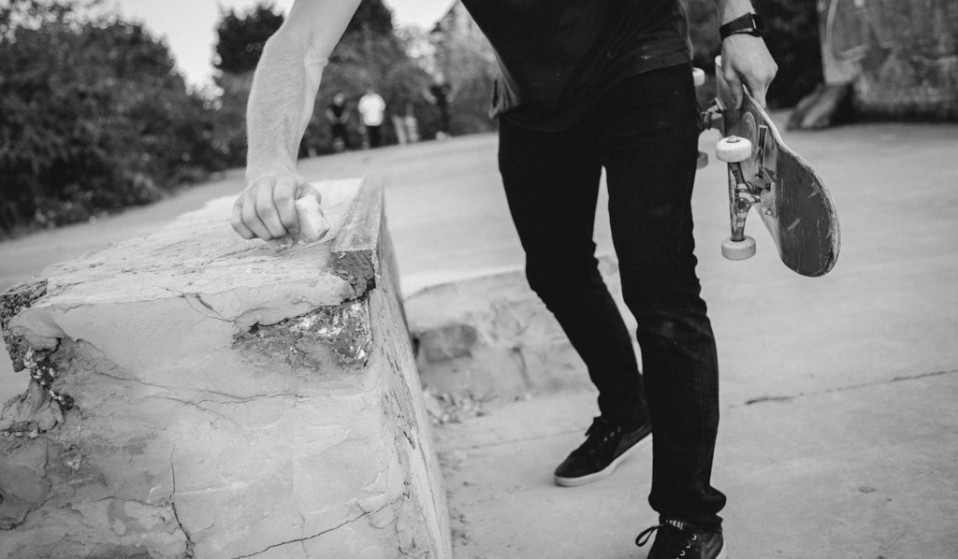 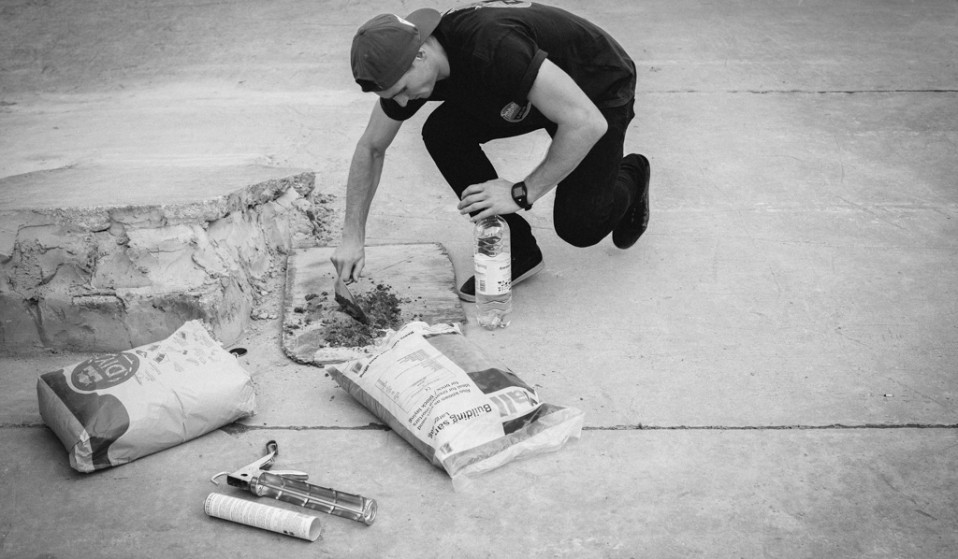 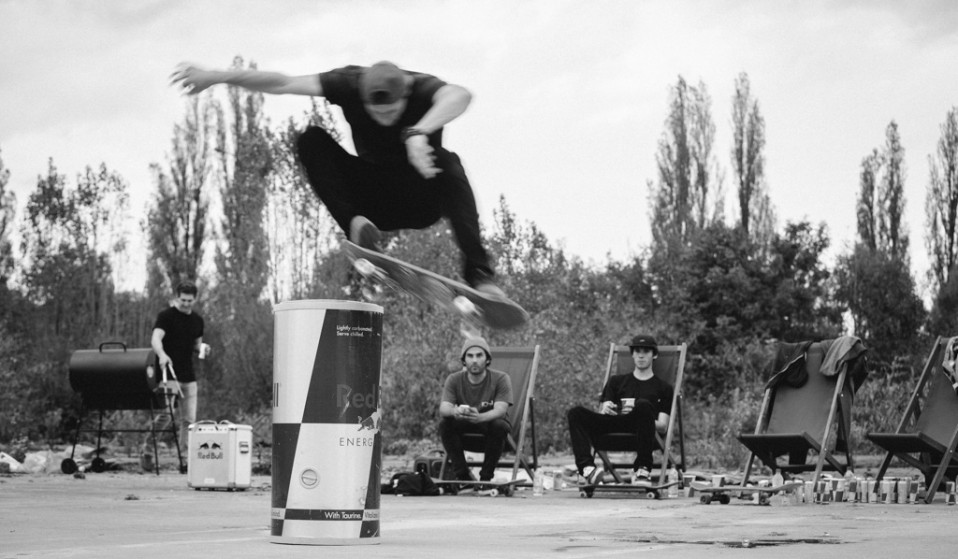 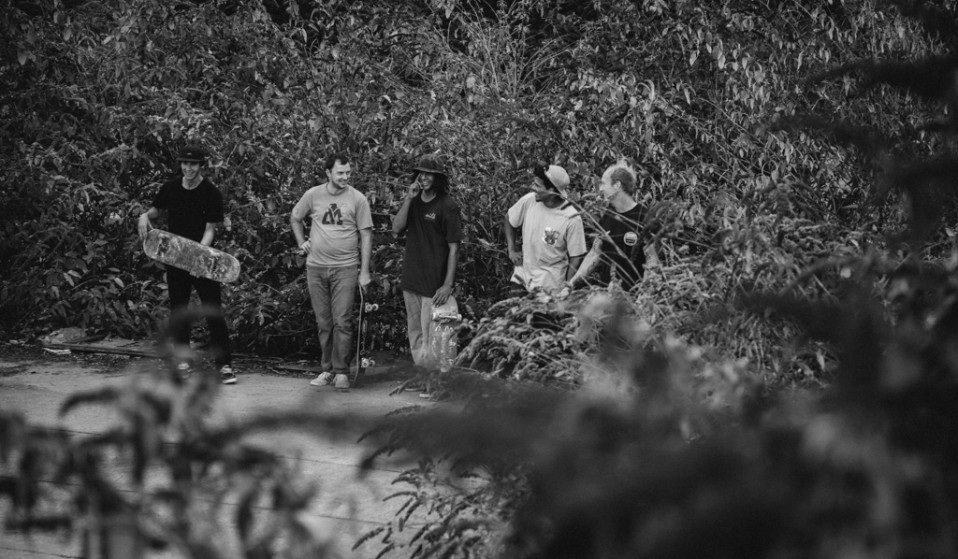 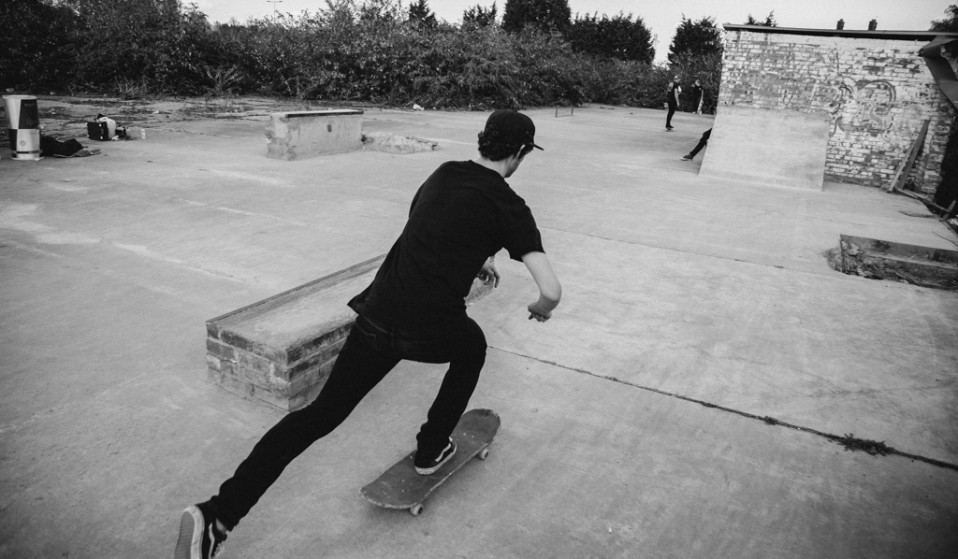 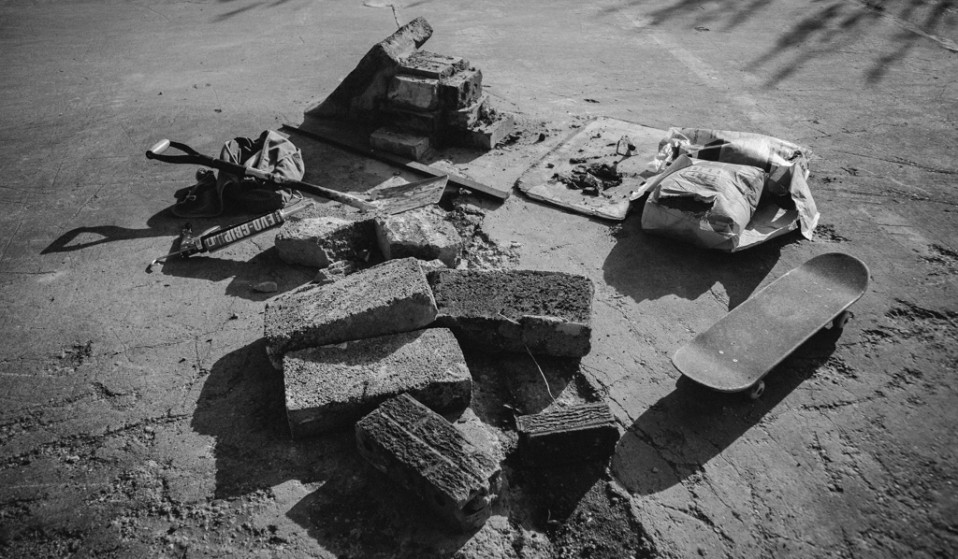 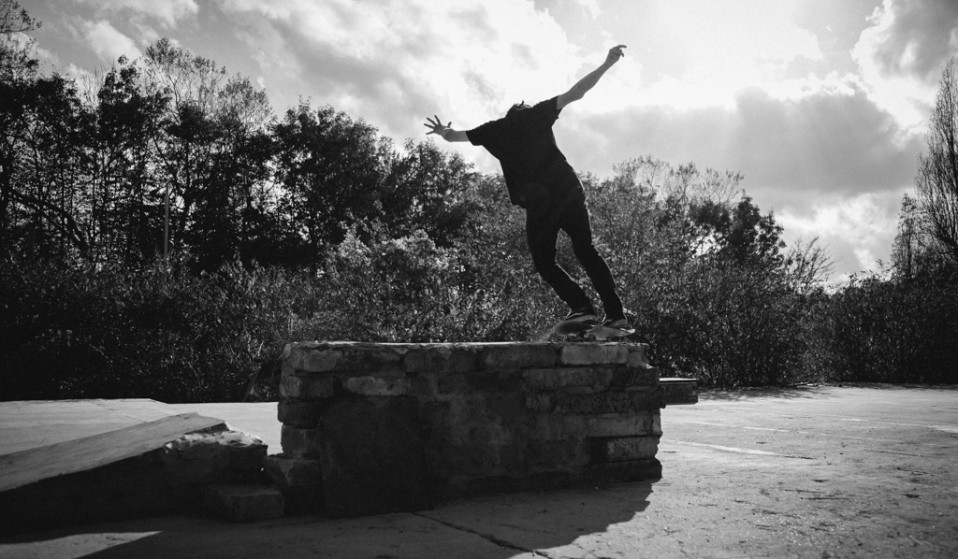 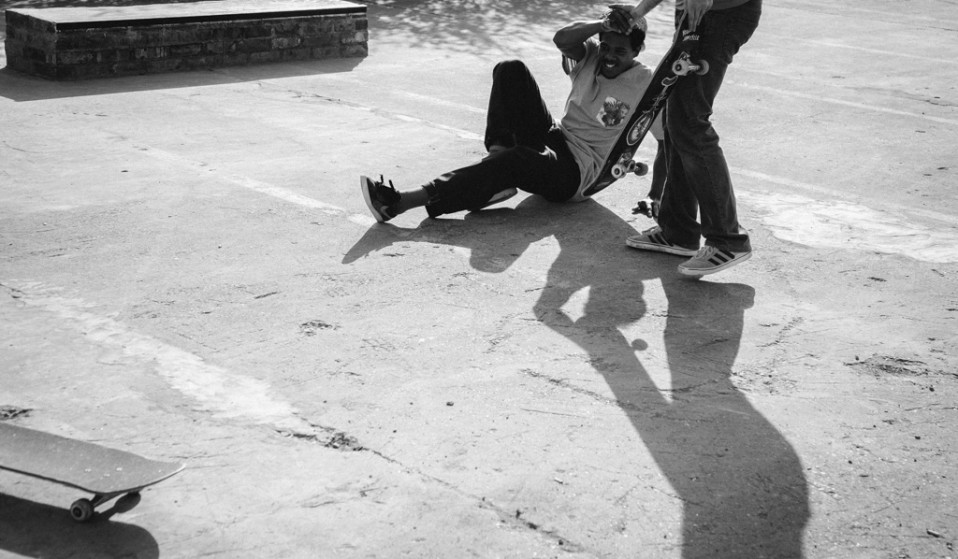 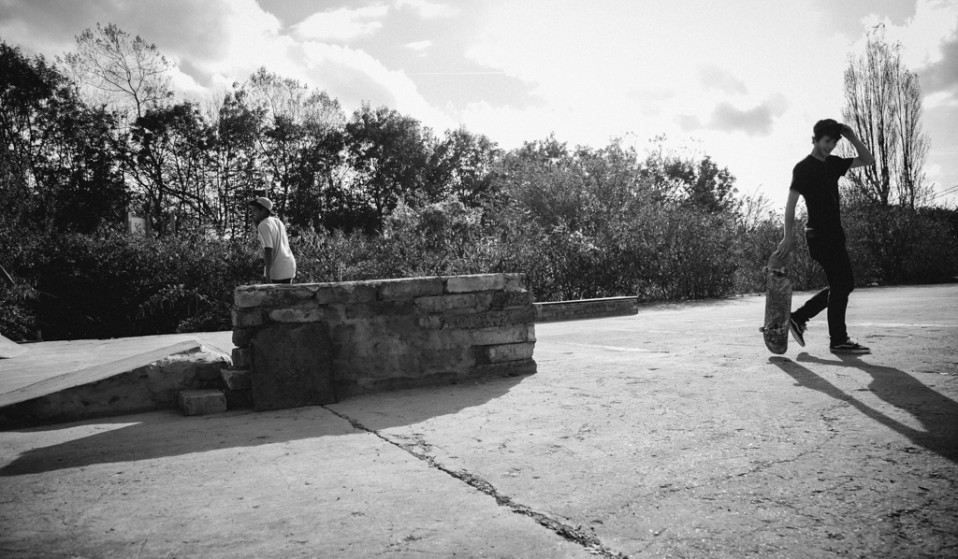 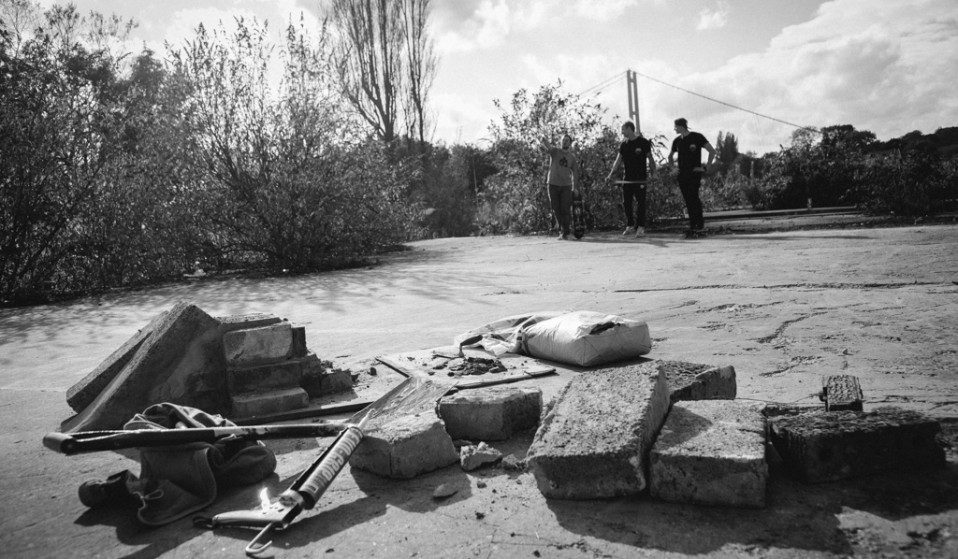 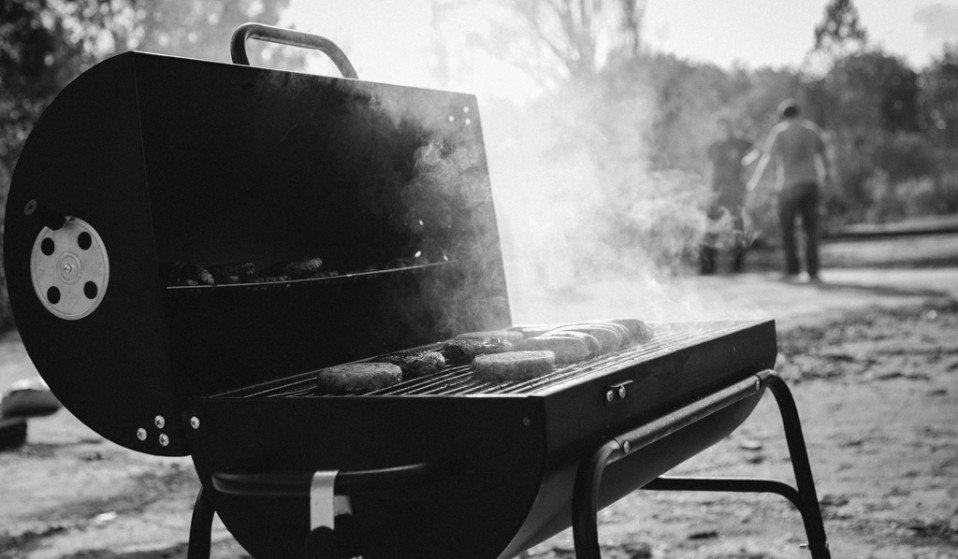 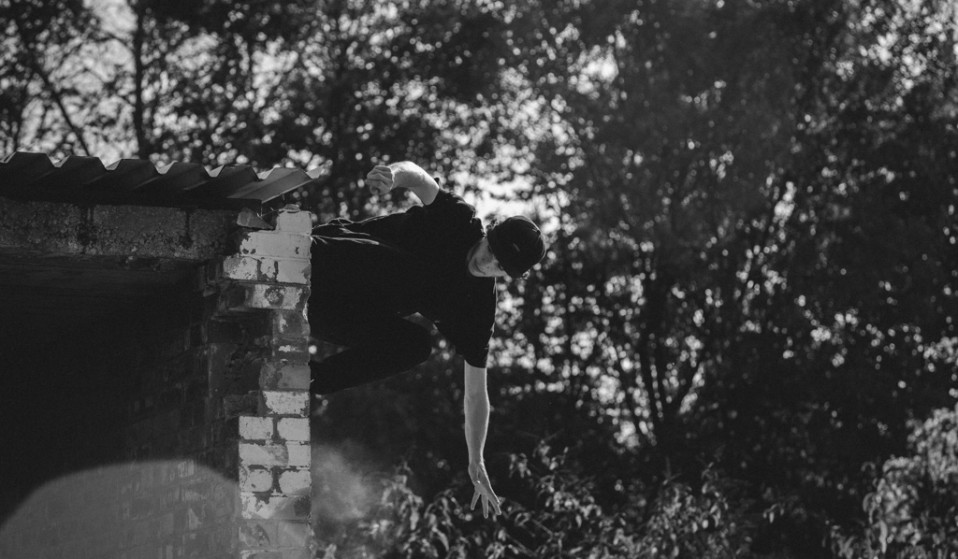 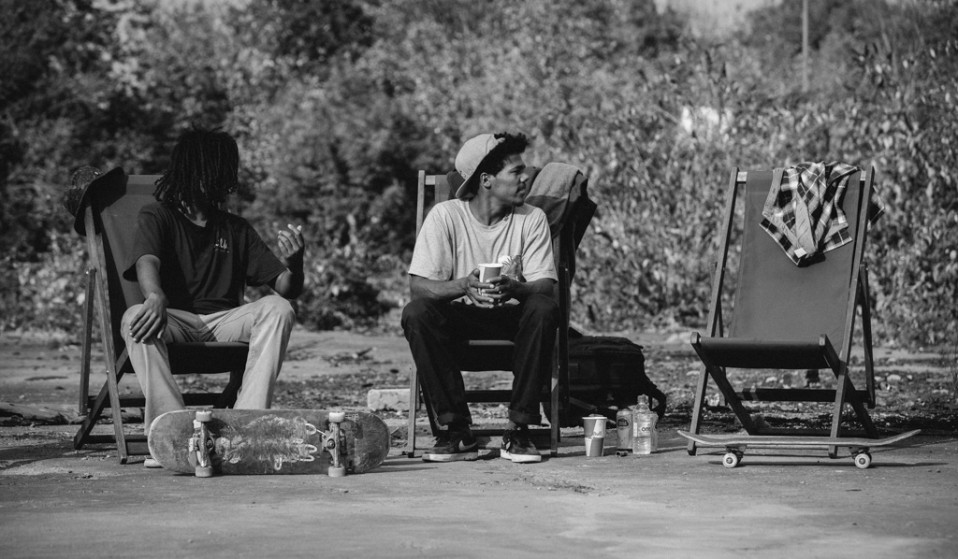 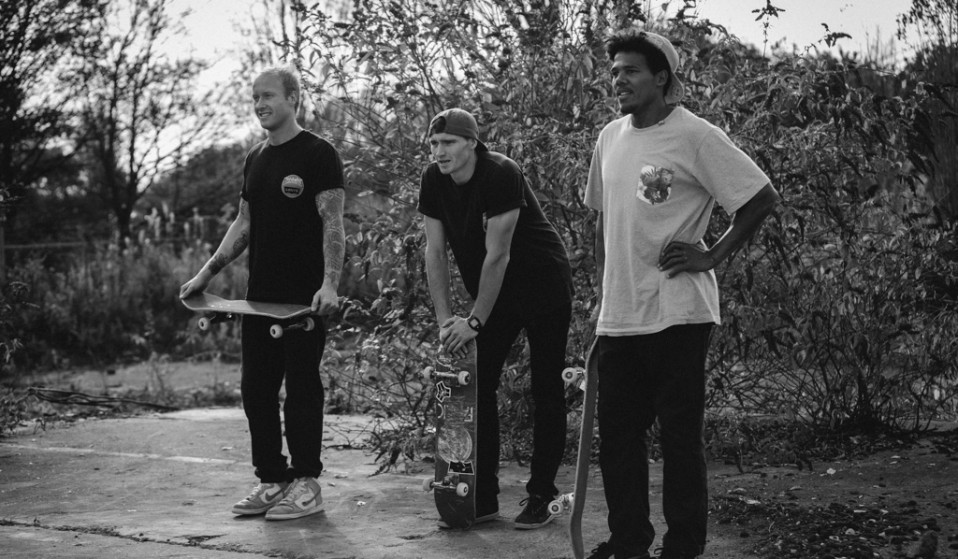 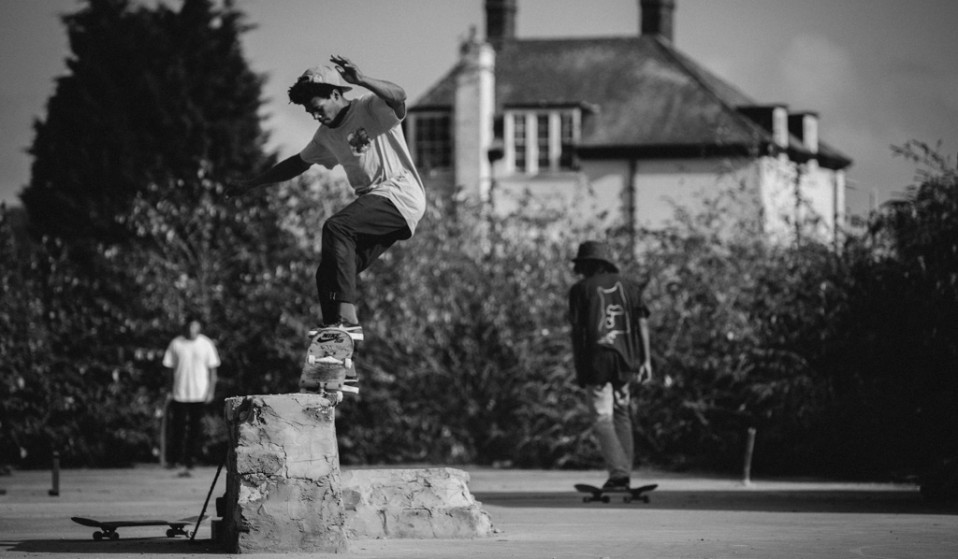 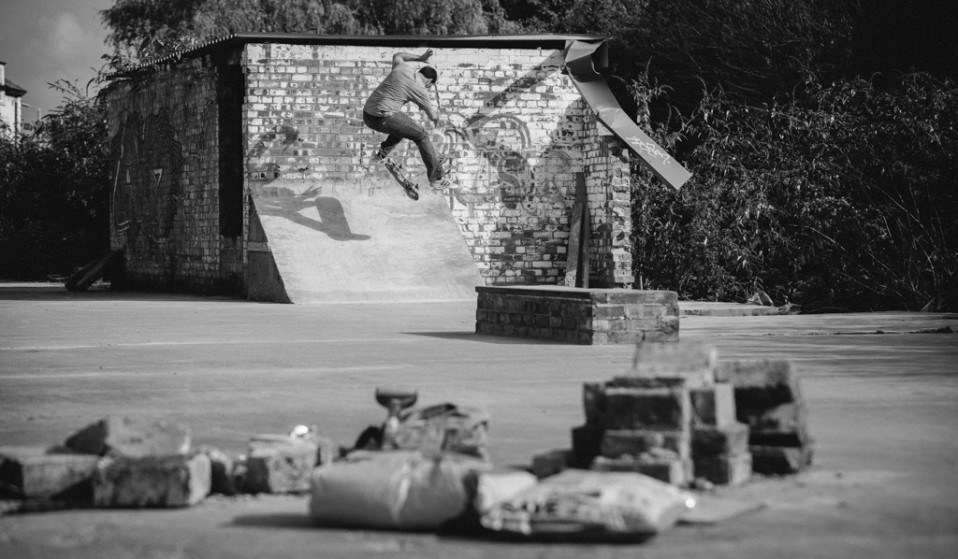 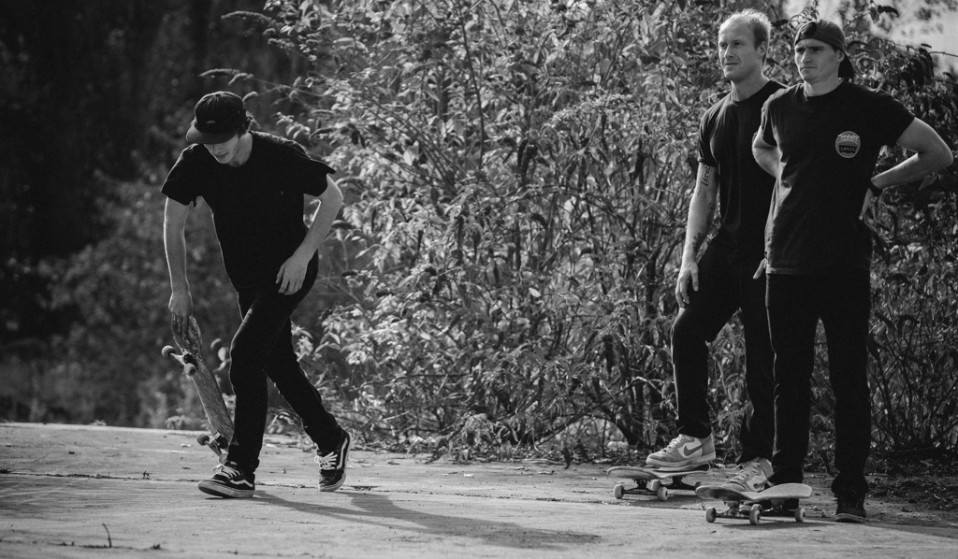 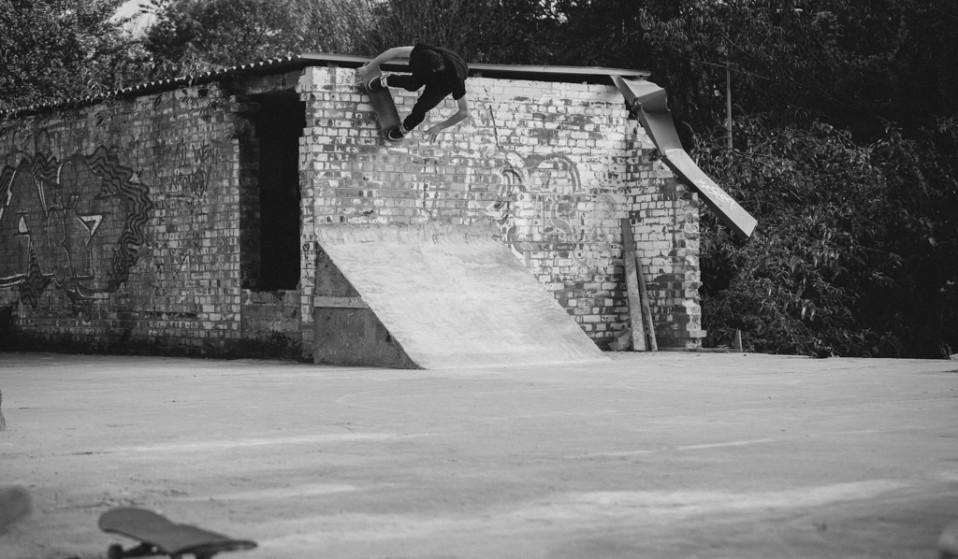 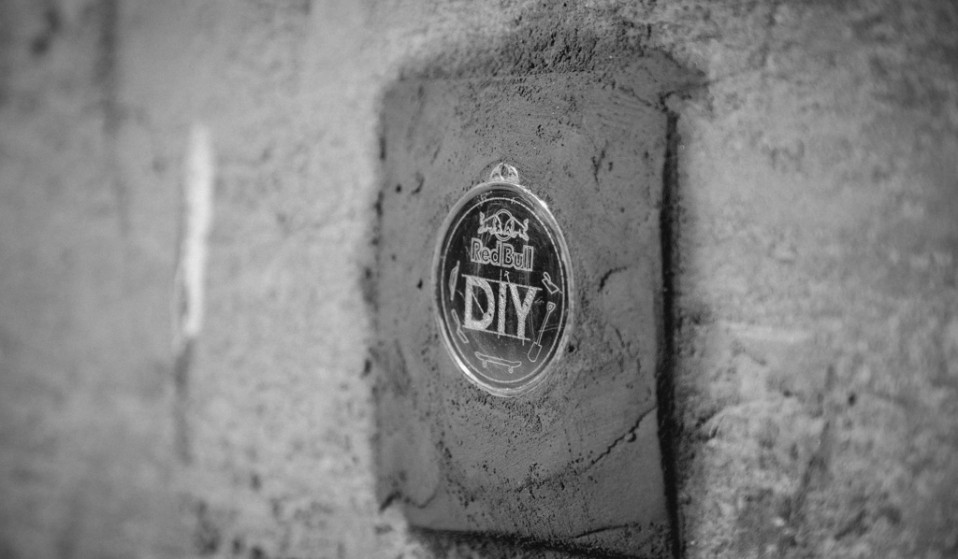 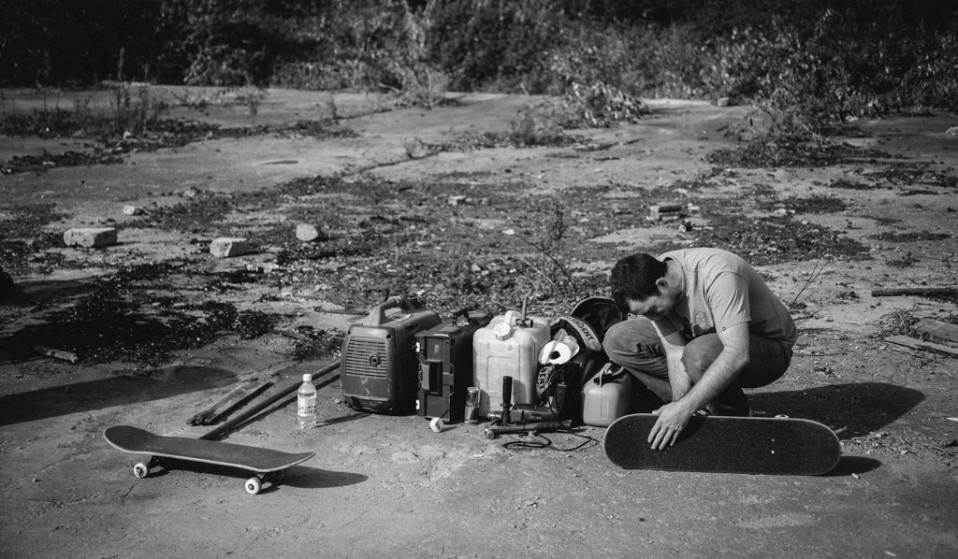 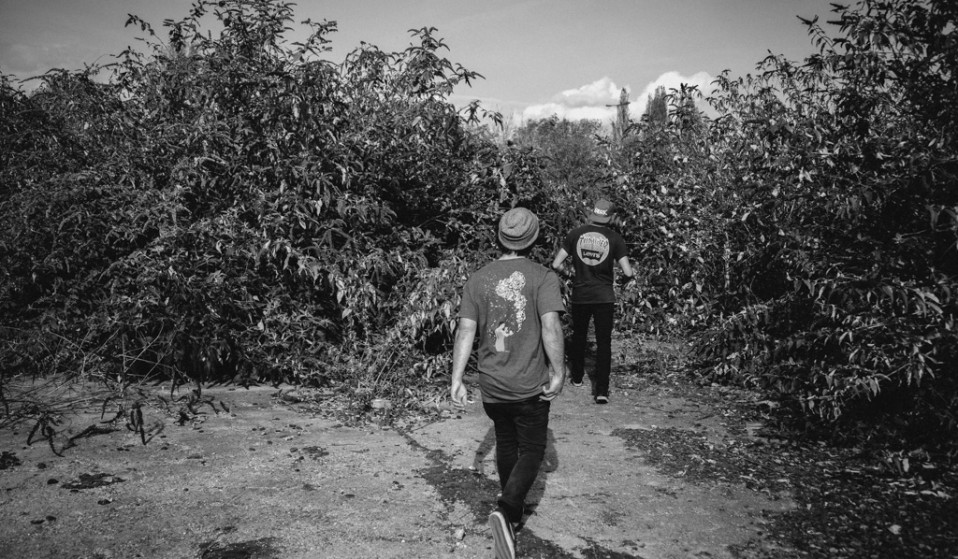 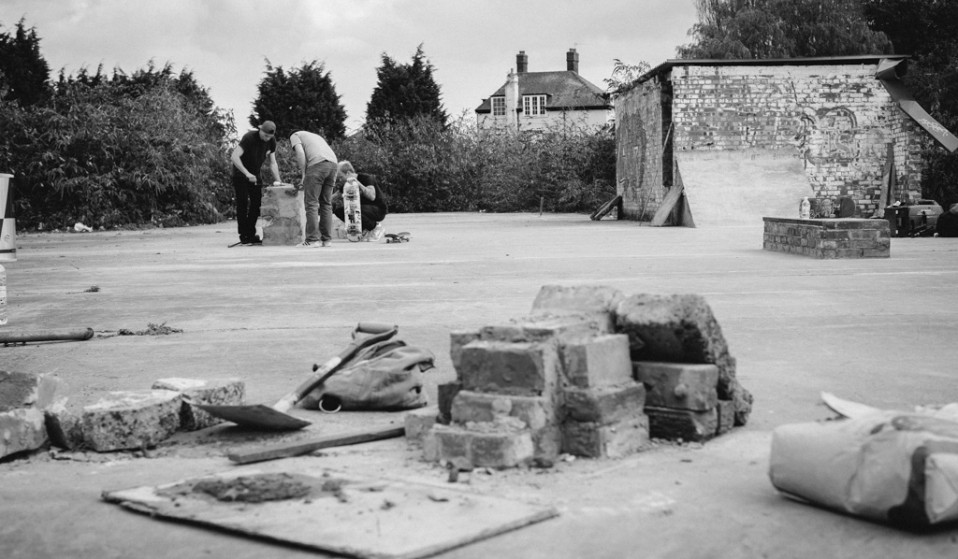 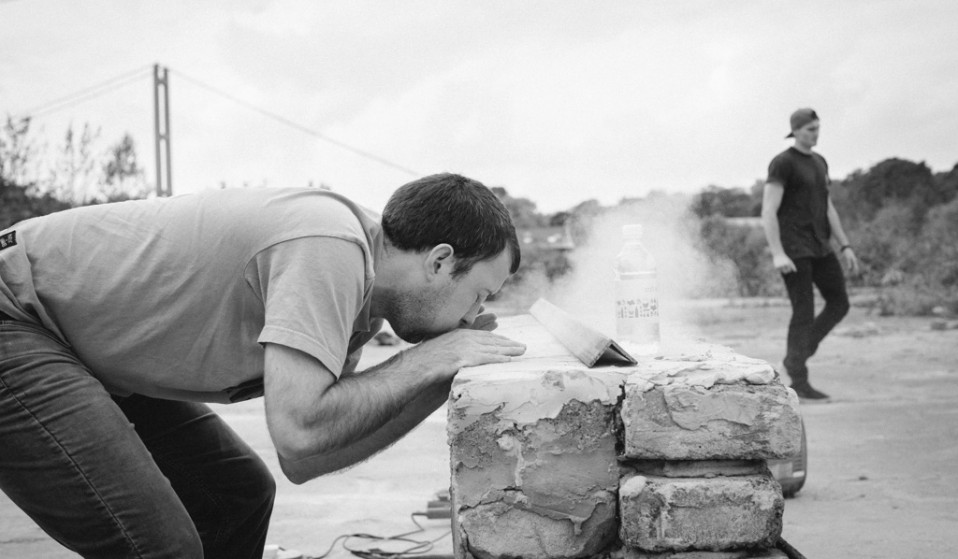 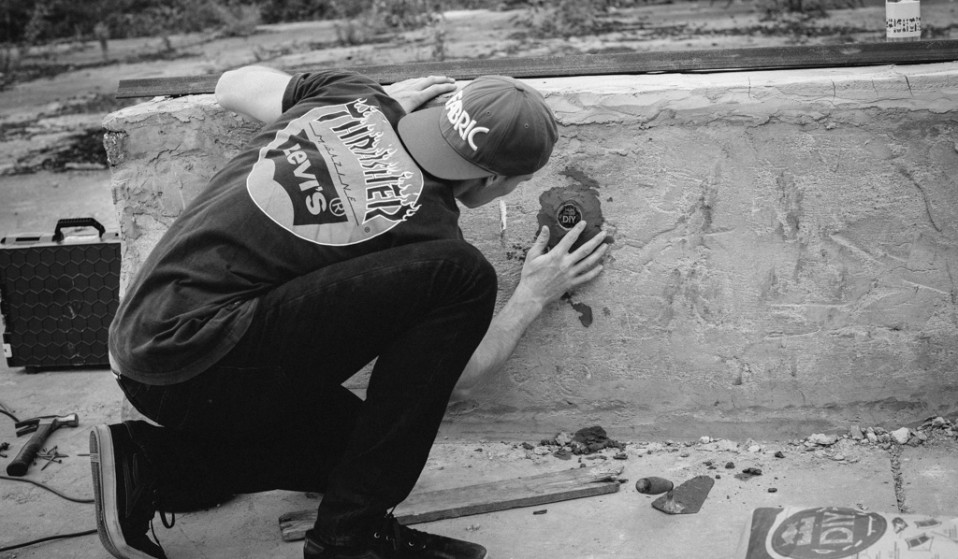 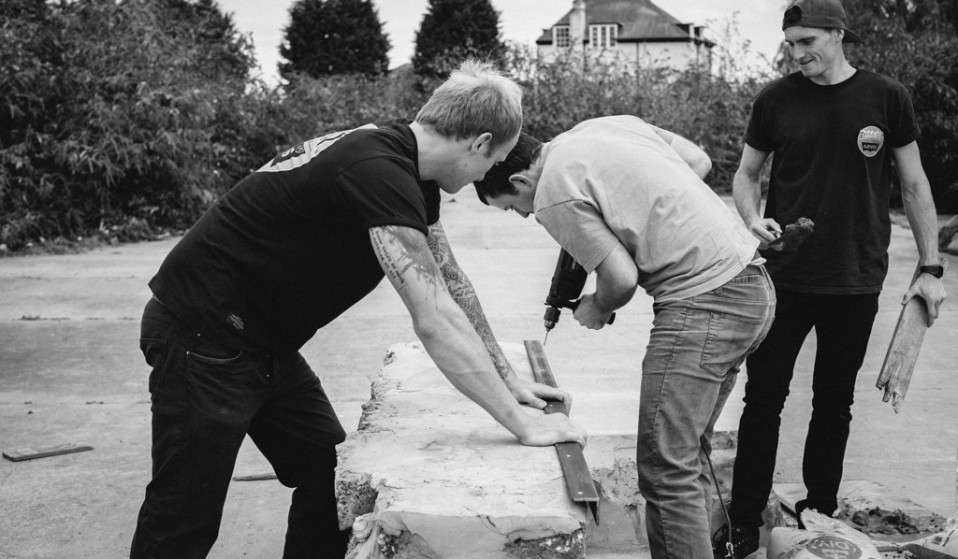 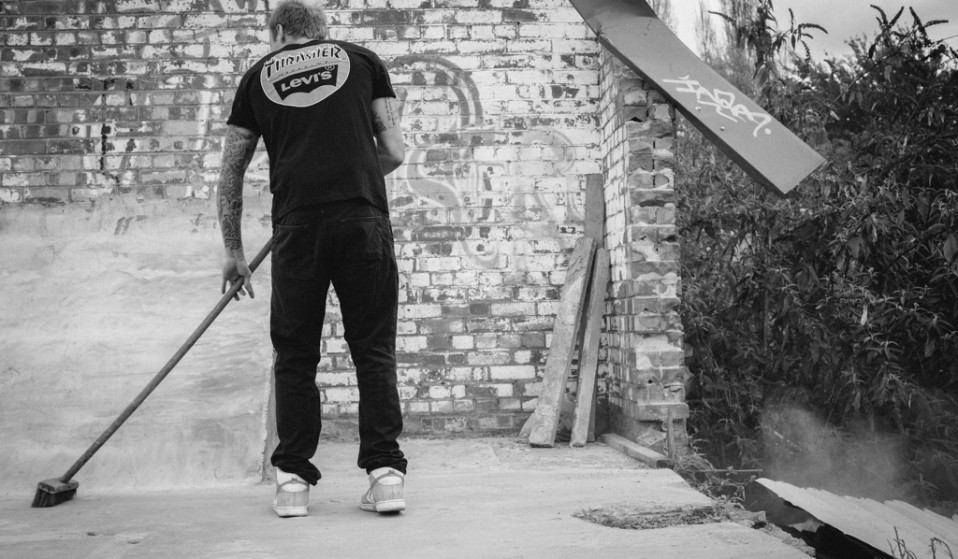 A do-it-yourself attitude has been at the heart of skateboarding ever since surfers first crawled out of the sea and stuck wheels onto wooden boards so they could carve the streets when the waves were low. For decades, skaters have used wood, concrete and whatever else they can find to turn unloved, forgotten pieces of land into their own slices of shred heaven. Inspired by that heritage, Red Bull DIY—a project that ran July 25-October 5—offered skaters across the UK basic tools and materials to compete to build the best spot and win a trip to Sofia, Bulgaria, an emerging skate hotspot.

Pro-skateboarder Paul Regan told to us about his build in Hull, Yorkshire that made the judge’s final three. A few years back, Paul and his friends discovered a hidden-away spot at an abandoned factory with a smooth surface. But over time it overgrew. When the Red Bull DIY project kicked off, they headed to their local skate shop to pick up the free tools and cement on offer, then began making it skateable again.

“I’ve built the odd bench here and there, but never anything out of concrete or bricks before,” Paul says. “That was fun and a new experience, so thanks to Red Bull for sorting us out the gear to build a rad place to skate.”

Over a month, Paul and a crew of four mates went back every other day to work on their build. As they worked, other skaters dropped by to join in. Using the cement provided and metal coping, they fashioned two grind obstacles and built up a ramp against the factory wall.

“You get your own personal satisfaction from a DIY build,” Paul says. “You put your own hard work into the spot and create something you want to build, not something that has been purposely designed and made for you. You engage and connect with other skaters and have something great to look back on.”

They held a BBQ to celebrate completing the work and stuck the Red Bull DIY medallion, part of the DIY kit, onto one of the grind obstacles. They shot pics of themsleves skating the spot and emailed them to Red Bull. Weeks later, Paul heard they made the top three finalists, alongside Skate Pharmacy in Margate and Dazed Retail in Stoke-On-Trent.

After travelling to each spot and thrashing them personally, judges Korahn Gayle, Nick Remon and Jordan Thackeray awarded the top prize and the Sofia skate trip to Stoke-On-Trent’s Dazed Retail.

Find out more about the Red Bull DIY project.

Linkedin
RELATED ARTICLES
OTHER ARTICLES
As the Criminal Bar Association enters its fifth week of action, criminal barrister Russel Fraser explains why the legal professionals have walked out and how action is likely to escalate.
After rewriting the indie rulebook with her devastating songs about romantic longing, the singer-songwriter is now imagining a future in which the artist is no longer a product.
Last week, Tower Hamlets council removed its nudity-restricting licensing conditions in a huge win for London’s kink community.
To mark the premiere of his new documentary on surfing giant Gerry Lopez, the filmmaker and former pro skateboarder sits down to share his unique brand of wisdom.
Yesterday, rail workers came together to protest poor pay, working conditions and job cuts in their latest round of strikes.
Photographer Anne-Marie Michel captures the women who through determination and strength are forging their own way in a male-dominated industry.