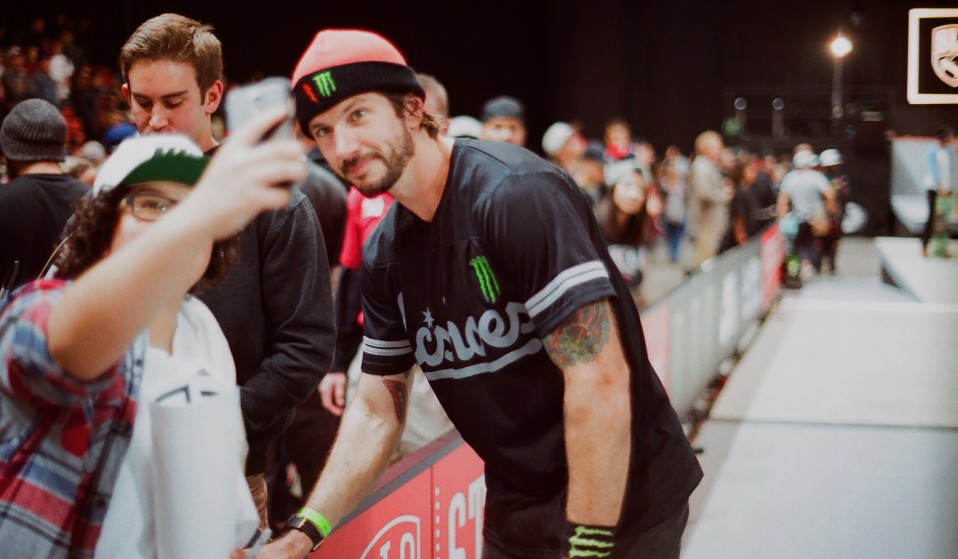 Chris Cole proves that you can combine competitive skating with a relevant contribution to the culture. We get his take on Street League and Olympic skateboarding.

Chris Cole proves that you can combine competitive skating with a relevant contribution to the culture. We get his take on Street League and Olympic skateboarding.

Skateboarding is as much, if not more, a culture than a sport. So bringing up the topic of the competitive side of skating will, most of the time, greet you with glares from core skaters.

Despite the moans and groans from the legit skate scene when it was announced skateboarding could potentially be in the Olympics in 2020, the sport has in fact already taken steps to becoming competitive and organised since 2010 with the arrival of Street League.

Founded by professional skateboarder and entrepreneur Rob Dyrdek, Street League is the most organised series that exists for skateboarders, with prize money attracting the most dedicated and consistent skaters out there. Many would say it changes the nature of skateboarding and the motivation of skaters who are a part of it, but maybe there is room for it all?

A veteran on the scene, 33-year-old Chris Cole proves that you can do it all. He is one of the longest rolling relevant pro skaters in the industry. He is also one of the older faces on the competitive circuit, competing against skaters more than a decade his junior.

As a skater with video parts and sponsors, Cole doesn’t need to compete for his living and he his heels are constantly being nipped at by the younger guns looking to take his place, so why is it important for him to keep on going? We caught up with Cole at Street League in Chicago to get his take.

Personally, as a skater, why is it important for you to be on the competitive tour?
I like being here representing the way I skate. To an outsider, a lot of us skate really similar, but if you are embedded in skateboarding you can see the difference in each person, you can spot the tiny differences and I am here to represent my side of skate. 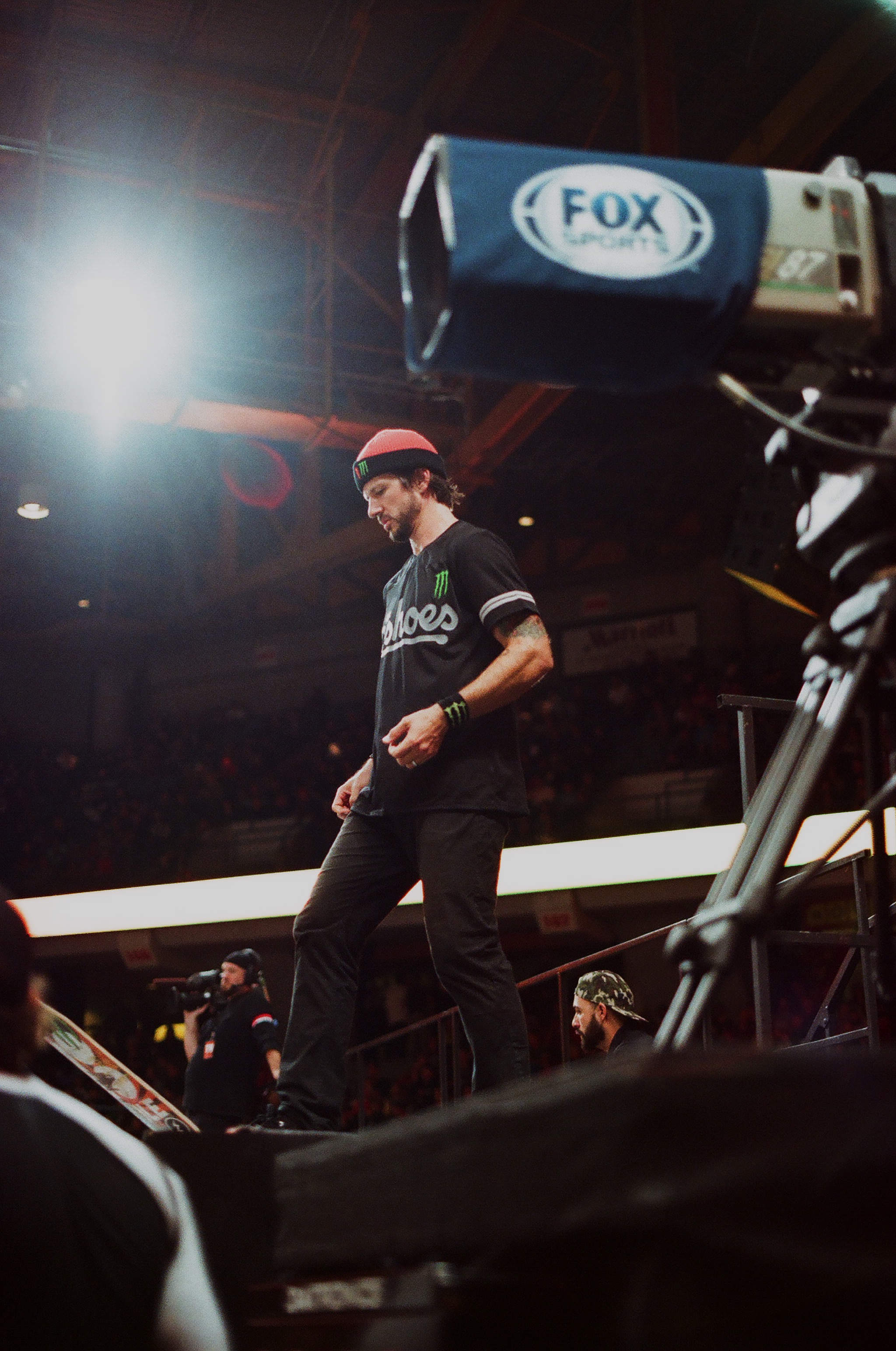 You are famous for your creativity on the streets and progressive parts, do you think competitive skating keeps you as creative a skater as you need?
It holds me back as I have to work with the course and I have to work with the point systems and I only have so many goes… But that being said, it also gives you a bigger platform than anything else, so if you can find a way to do a trick you want to do, its going to be seen by more people than any other platform that you put it out.

So will you continue to compete for as long as possible?
I like to be out here and I like to skate in contests as much as I can. I am going to do this as long as I feel necessary. It is fun. It’s like summer camp. I get to be out here for my sponsors that support me all year round and I get to show them some love on TV, which is important. I actually really like being part of Street League, I like the people that run it and like being involved in it. Forget the platform and all the other positives, I actually like doing it.

You are one of the older names still competing; do you feel the younger generation nipping at your heels, hungry to take your spot?
That’s true, that always happens. What we do is come out with a video part, and they watch it. So their first videos are videos I was in or I was around as a pro then. Just like the generation before me, I was watching them and taking their parts as a starting ground. I progressed quickly because that was what I was watching. So now they are doing that, and getting better and better. You can look at it like ‘Man, they can do this trick and that trick,’ but not in this body! 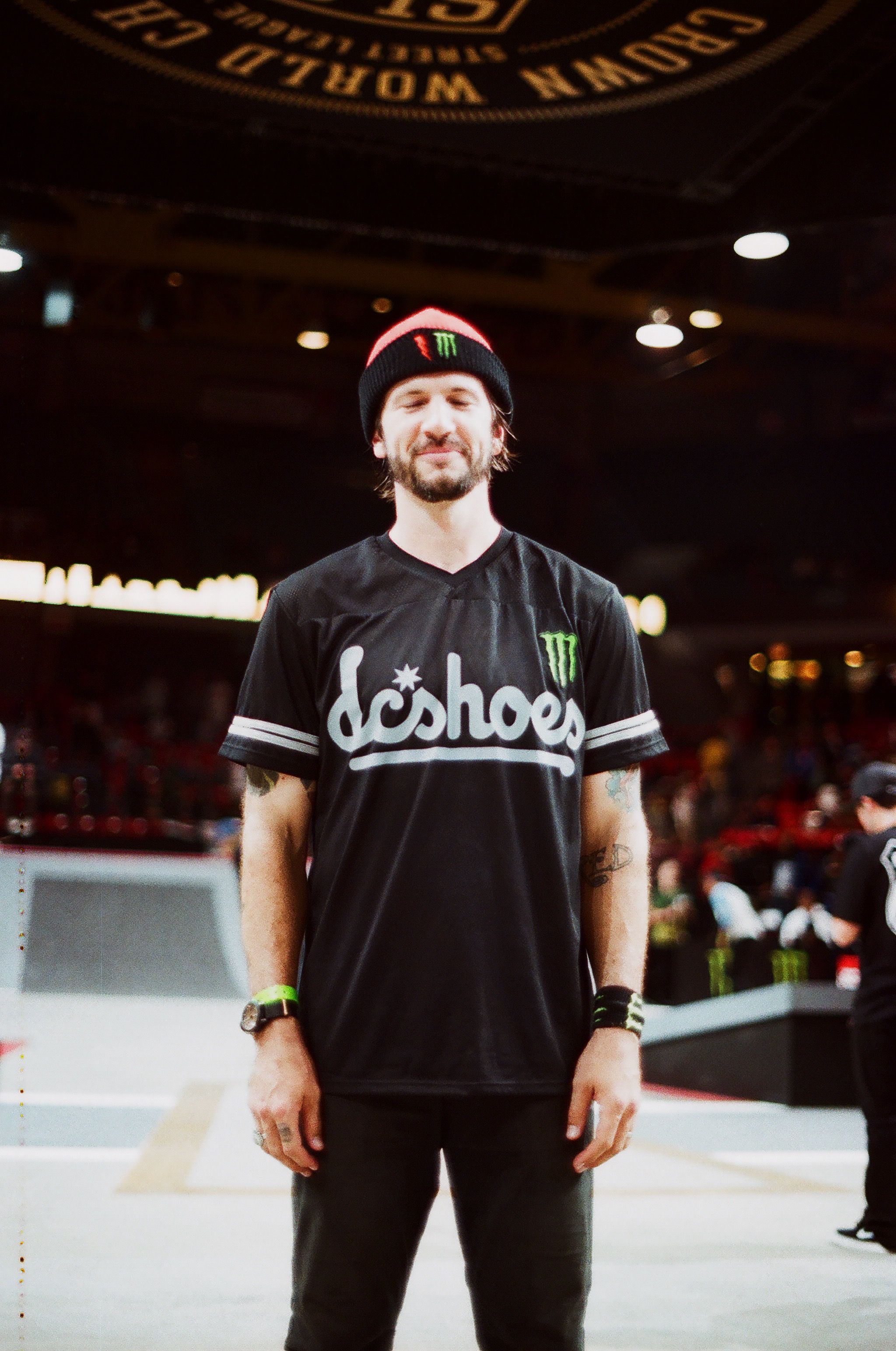 But really do you hope that you are just inspiring them rather than seeing it as something competitive?
There are people that are trying to make their name in skateboarding and thankfully I have already done that. It’s easier to look at the dudes that have already made a name and do what they did to make a name for yourself too. Skateboarding is all inspiration-based so if I didn’t want anyone to do the things I do then I would never put out video parts or put photos in magazines. I would hoard and keep it to myself. That would be stupid! Imitation is the highest form of flattery. If people are out there doing my tricks at comps, it’s a slap in the face when it’s against me, but it’s also flattering that they dig my skating.

So, the big question, how do you feel about the Olympics?
It seems cool to me. It’s just another higher platform to get skateboarding seen. They’ve put other sports in there that the younger generation are in to, so it’s just smart for them to put skateboarding in there.

How would your career have been different if things like Street League and the Olympics had come along ten to fifteen years earlier?
Yeah, it would be different! But I kind of like where I was at in my twenties. I like the fact I was involved in skateboarding before money was in it. It was kind of a cool place to be. I still remember the old days and was part of it, but I have always been adapting to new changes too.

The competitive skate platform and Olympics will inevitably produce skaters who are in it just to compete and train to win. But what was your motivation with skating at the beginning?
I was obsessed with skateboarding and thought it was the coolest thing ever. It gave me short-term goals and I always had a project to work on. Skateboarding became my life and my obsession. I didn’t do it because there was money involved. I didn’t know there was ever money in it. When people start wanting to be professional skateboarders because there is money, women, cars and fancy stuff, they are skateboarding for the wrong reasons and skateboarding will weed them out… I will still skateboard whether there is a contest or not.

Linkedin
RELATED ARTICLES
OTHER ARTICLES
A group of aid workers face prison for helping to save people fleeing their homes at sea. If they are charged, it will have a chilling effect on humanitarian efforts.
Yohon Tatum, aka Legendary Father of the House of Tisci, reflects on nurturing a new generation of talent.
The first-generation graffiti artist reflects on the tagging’s emergence as an art form and the players who pushed the medium forward.
After building his reputation covering the US civil rights movement in the 1960s, the photographer went on to produce some of the most enduring images of the past century.
David 'Dee' Delgado’s photo project is about honouring and uplifting the city of his youth, and a world rapidly disappearing under the relentless onslaught of gentrification.
Activists and campaigners are fighting back against new laws that would seriously undermine the ability to take industrial action, calling it an attack on fundamental workers' rights.