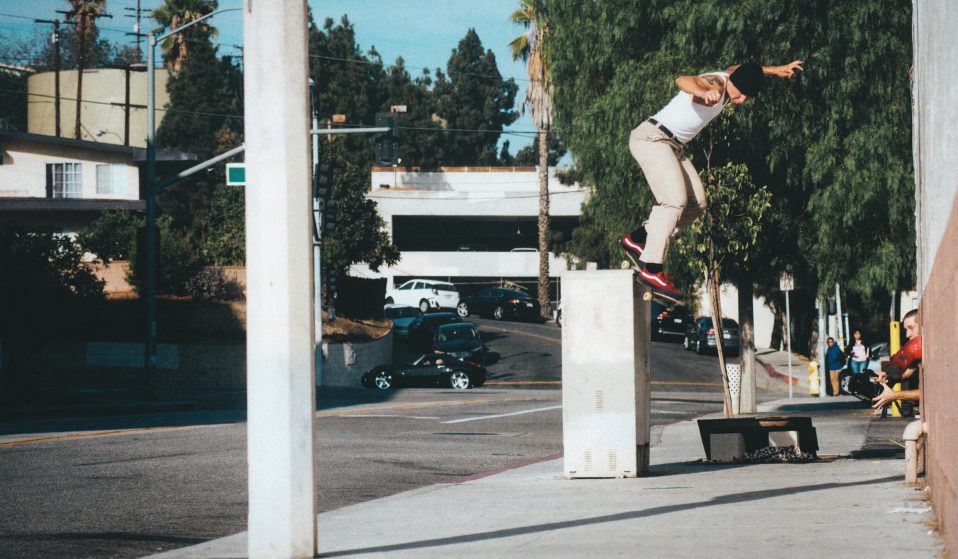 Having grown up among the history and heritage of Santa Monica, Elijah Berle has always been surrounded by skate. But that doesn’t mean earning his stripes came easy.

Having grown up among the history and heritage of Santa Monica, Elijah Berle has always been surrounded by skate. But that doesn’t mean earning his stripes came easy.

Santa Monica is to skating what Hawaii is to surfing, what Mecca is to Islam and what Scotland is to Whisky. It was here, where the cool Pacific waters hit the warm California sand, that modern skateboarding first started to take shape.

It’s a story that’s been told and re-told so many times that it’s become embedded in the collective pop-cultural conscienceless. The Z-Boys, empty pools and nihilism; it started on this stretch of coastline and would go on to determine what the world understands modern skate culture to be. Ever since surfers began migrating from the sea onto concrete banks in the 1970s, Santa Monica has been a breeding ground for some of the world’s best and most iconic skaters. The city’s history pervades its every corner – and many of the names that put it on the map still stalk its skateparks.

24-year-old Elijah Berle is the latest to emerge from the city, part of a long lineage that stretches back to the likes of Tony Alva and Natas Kaupas. Since breaking onto the scene as a teenager, he’s been helping to demonstrate why the city is still renowned for its ability to produce skaters of the highest calibre.

However, despite its illustrious history, Santa Monica isn’t always a welcoming place to skate: it’s fiercely territorial and locals will hassle anyone who isn’t a known name, cutting their lines and dictating when and where they can skate. In his early days, Elijah grew used to the scene’s elders harassing him and the other kids. “I grew up with it, so I’ve been dealing with it my whole life – but from an outside perspective it’s kind of ridiculous,” he says, looking back. 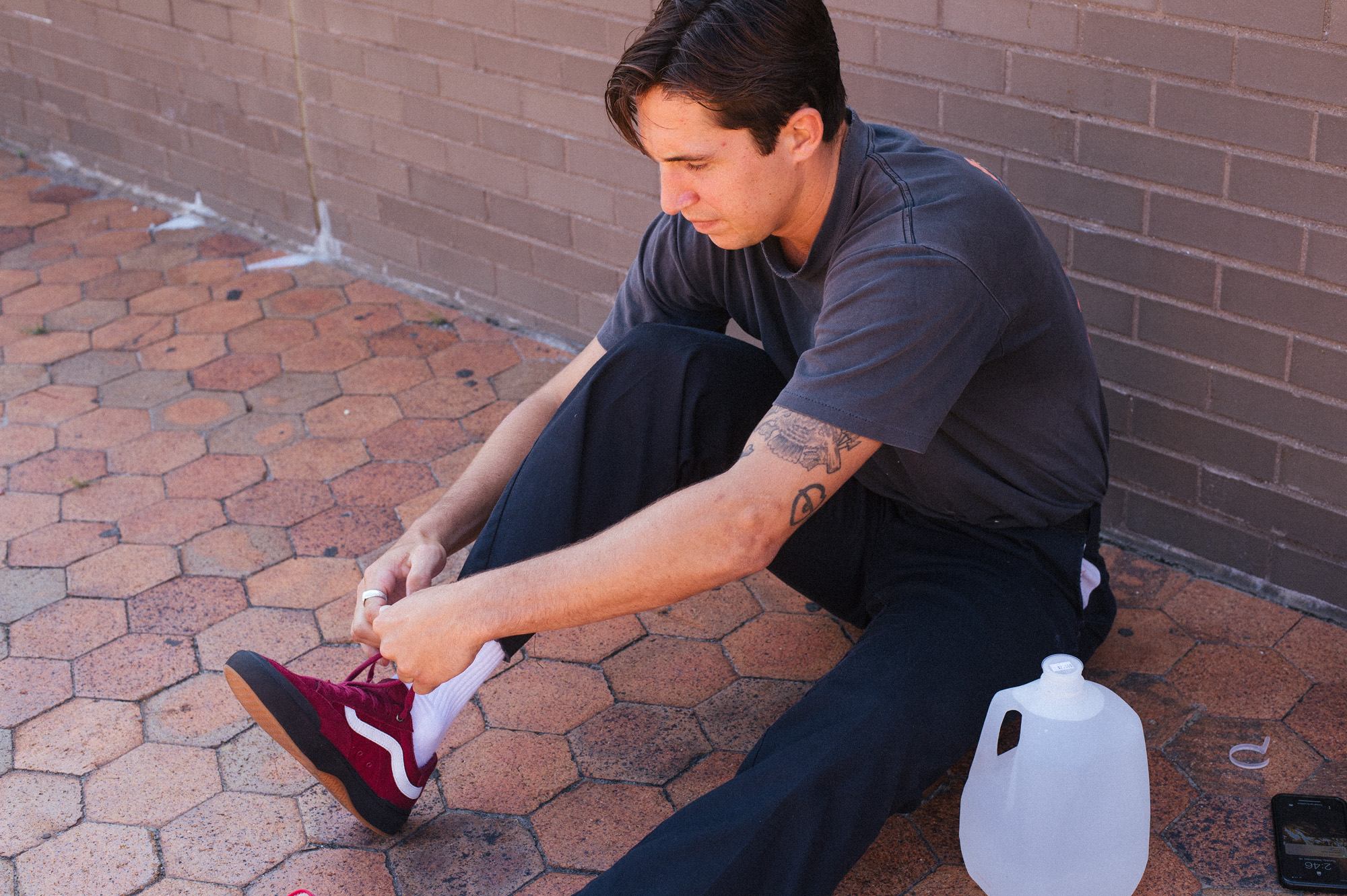 In part, it’s a hang-up from the Santa Monica scene’s roots in surf: waves are in short supply and only one person can take each one, so people get protective of their local spot. While the concrete parks certainly aren’t going anywhere, localism has become embedded in the culture. Today, the problem is only getting worse as intense gentrification drives property prices beyond the means of many lifelong residents. “This enhances people’s localism a lot too, it’s a big circle,” Elijah adds.

For Elijah, skateboarding is about community and finding middle ground with other people (“I can go anywhere in the world and not be able to speak the same language, but if we both have skateboards we can communicate through them”). However, though he might not necessarily agree with the environment he grew up skating in, he admits it pushed him to earn respect through sheer ability, challenging him to perform under pressure. “You really have to earn your spot.”

Skating has been a part of Elijah’s life since the very beginning: in his own words, there’s been a board within reach for as long as he can recall. Skating was – and is – a family affair. Both his mum and uncle are keen skaters, and his family have provided a supportive bedrock from the moment he first expressed professional ambitions. As a kid, he’d go with his uncle to the local parks at weekends. Even a trip to his grandma’s house would involve digging through her garage, finding old rotten sheets of plywood to build launch ramps out front.

When it comes to his biggest influences, it’s his mother in particular that takes the mantle. She was one of the key figures when it came to Elijah honing his skating as a young man, providing him with a strong female role model – a rare thing, sadly, for skating – in the process. 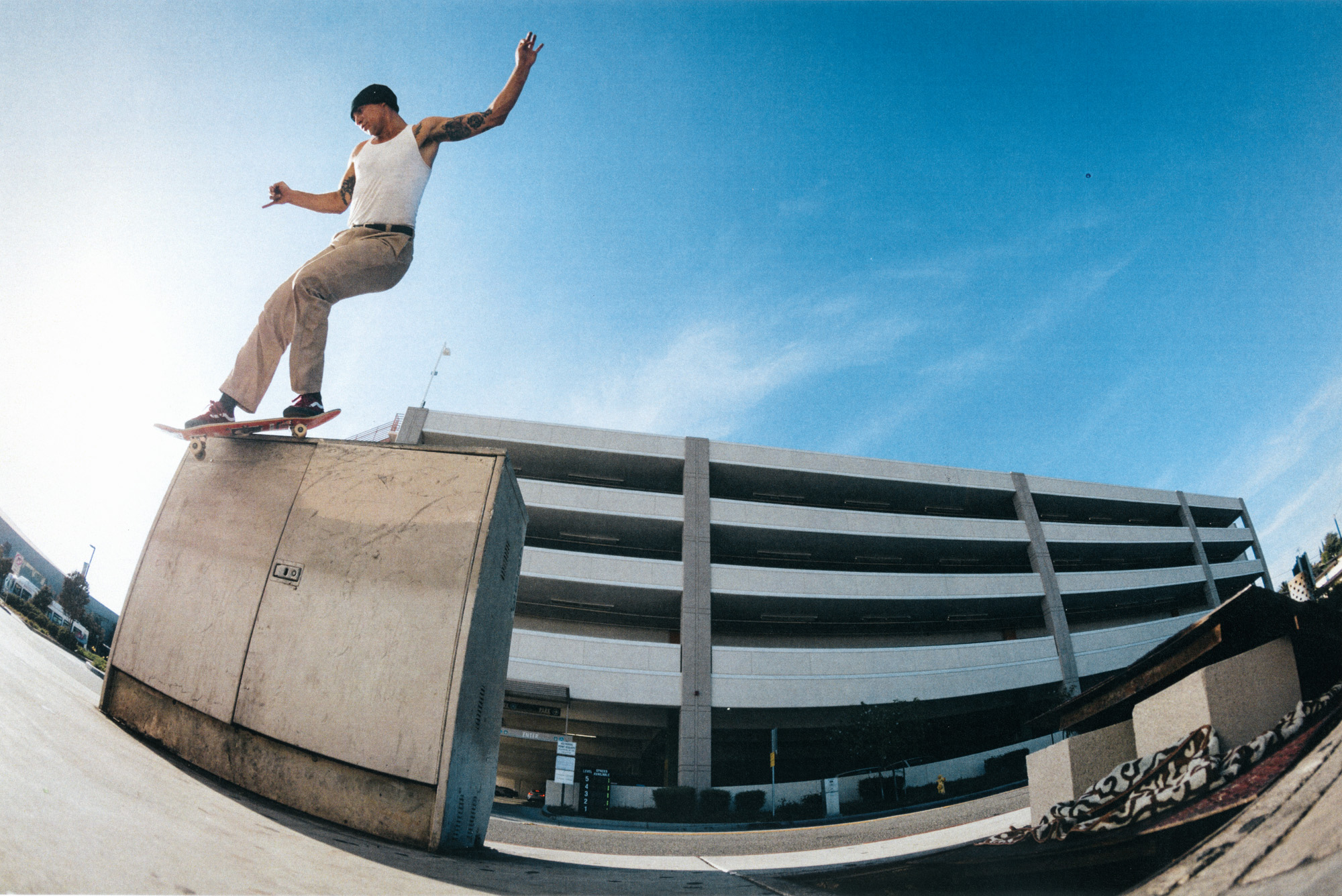 Her role extended past solely bussing him to the skatepark, too. On one occasion, while the two of them were driving through town, Elijah noticed a construction sign that looked perfect to ollie over. He pointed is out to his mum, who immediately pulled over and shouted ‘throw it in the back’, before speeding off. Elsewhere, when a young Elijah – back then, not old enough head off alone after dark – became obsessed with night skating after watching heaps of skate edits, she bought a load of lights and rigged them out front so he could skate well after sundown. “She was always such a badass, so in a way I was always trying to outdo her,” he laughs.

Last year was a difficult one for Elijah. A number of bad injuries meant he couldn’t skate for months at a time. After narrowly missing out on Thrasher’s Skater of the Year in 2016, he’s been absent from the nominations for the last two years. He admits he wasn’t taking skating as seriously as he should have, not pushing himself to get out there and do things he knows he could.

But now, things are looking up. He’s just had his first signature shoe released with Vans (at the time of our chat, he’d just been to see it at his local store, dropping in some Donuts for the staff to say thanks) and has a video part coming out early this year. Using that same tenacity learnt proving himself on the streets of Santa Monica, he’s managed to turn things around.

“Sometimes you have to shift through some bullshit to get to the good stuff,” he says. “Hard work pays off and now I’ve got a shoe with my name on it – it feels really good.” 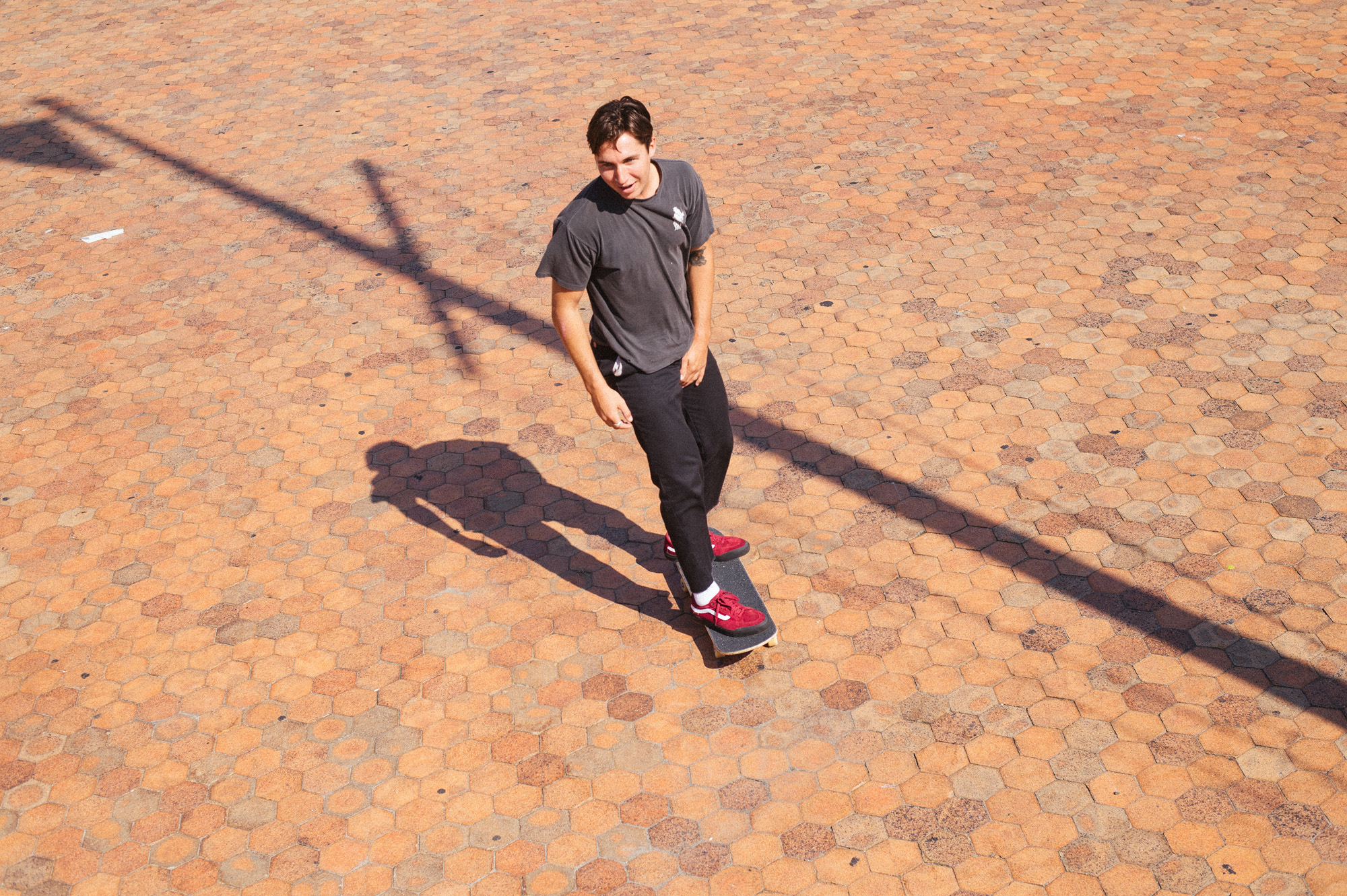 Linkedin
RELATED ARTICLES
OTHER ARTICLES
Photographer Arthur Grace recalls travelling through the Soviet Bloc and finding ways to evade the surveillance of his work.
Whether it's partygate, the climate crisis or the spiralling cost of living, the fightback begins on the picket lines writes Tommy Vickerstaff
Curator Antoine de Beaupré discusses his immense record collection and what it tells us about the intersection of music, photography, art, and commerce.
In the latest instalment of Photographers in Conversation, the chronicler of raves, protests and beyond explains why he’s drawn to such specifically visceral environments.
Photographer Matthew Brookes recalls following a group of young people in Venice Beach living in search of the perfect wave.
Photographer David Hoffman recalls documenting the extreme wealth inequality around Tower Hamlets and Hackney int the 1980s.