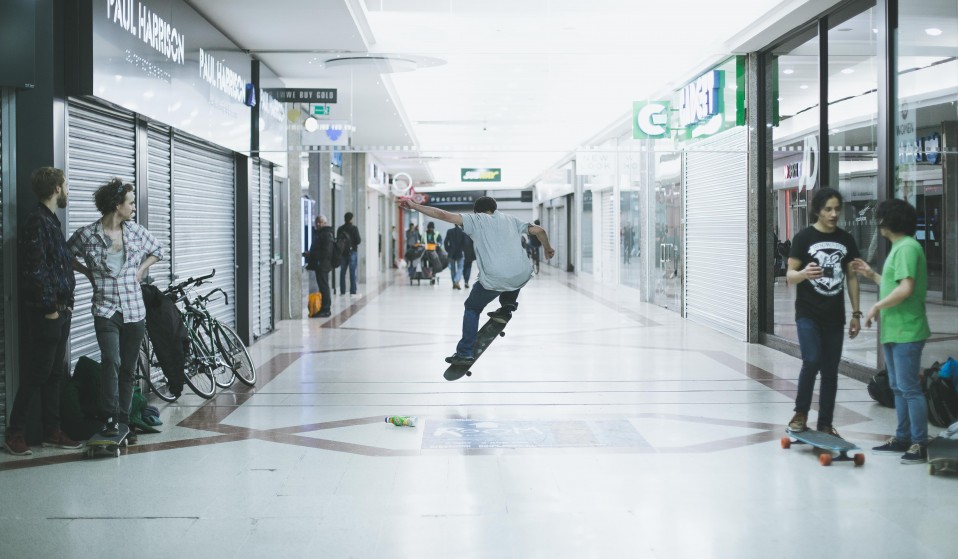 London is dying: culture and community replaced by security guards and Jamie's Italians. But in one East London shopping centre, community spirit lives on.

When London won its bid for the 2012 Olympics, communities in areas like Stratford in the east of the city were promised investment, regeneration and opportunity, even if they didn’t want it. Five years after the games and a plummeting number of people take part in sport, while the area is brimming with unaffordable housing, and a tax-payer subsidised football ground sits on their doorstep.

But in the shadow the Queen Elizabeth Olympic Park, there’s a strip of space that kids in this part of the capital are clinging onto. In the city of property developers, bottomless prosecco brunches, and anti-homeless spikes, this place is nothing short of an oasis. 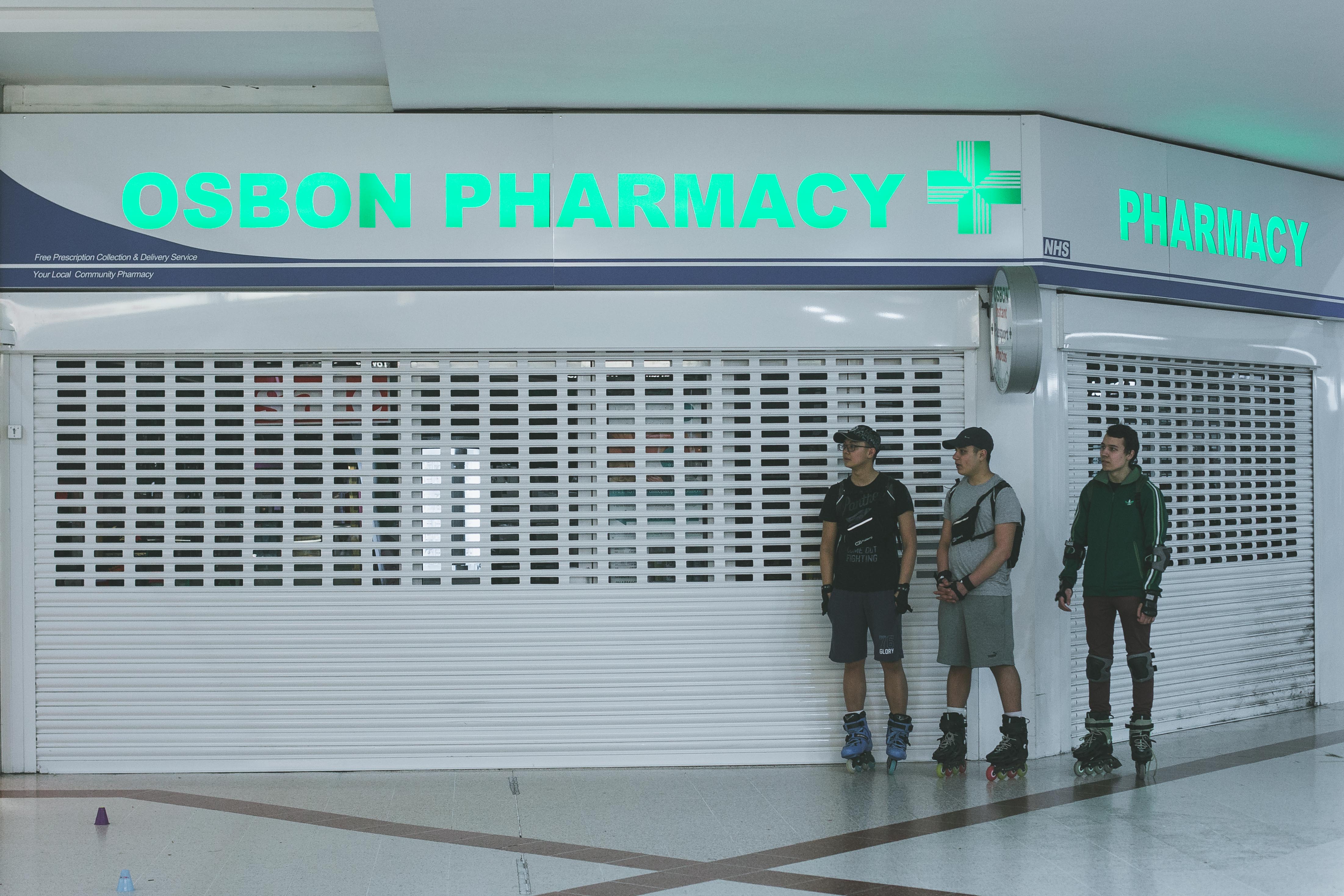 By day the Stratford Centre is nothing more than a faded shopping precinct, the standard selection of market stalls, butchers, pound shops, and Burger Kings lining the fluorescent lit boulevards. When the sun goes down though, skaters, BMXers, dancers and bored locals suddenly take root.

Friday is the night of choice for regulars to come down and participate; it’s when the stereos are loudest and the atmosphere most alive. Wednesdays are busy also, but you’ll find something happening here every night of the week.

Nobody is quite sure when this all started, but most people I speak to are certain this hub of creativity and community has been bubbling away for at least eight years, around the same time London 2012 brought exposure and investment to this corner of East London.

It’s drawn in local skaters every winter they can remember with its silky marble-like floor, while security guards steer clear, leaving those who stumble inside alone to carry on as they wish. In a city plastered with CCTV and private police forces, plots of grass that while once public have now been sold into private hands, it’s a welcome and rare respite from the capital’s sterilisation. 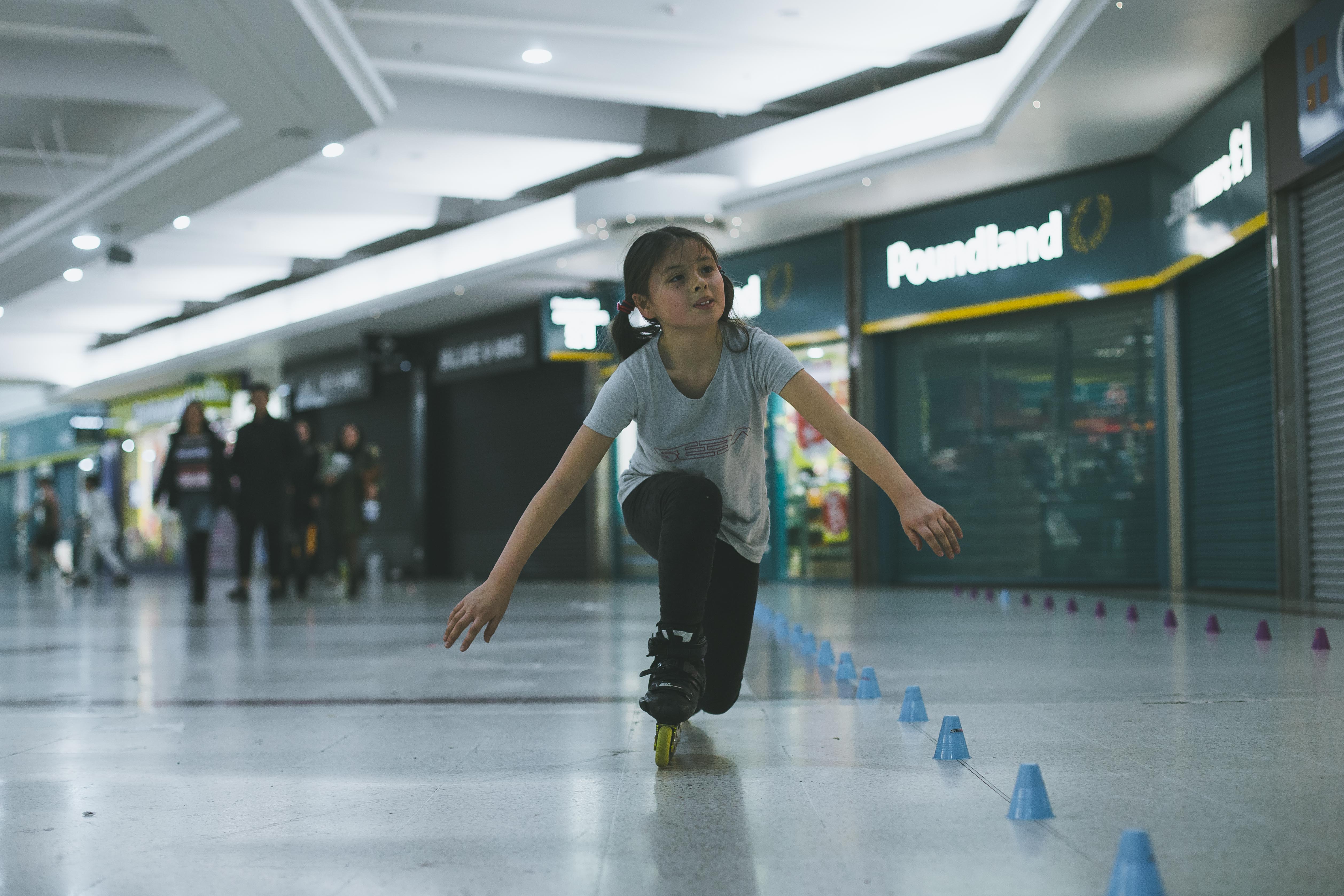 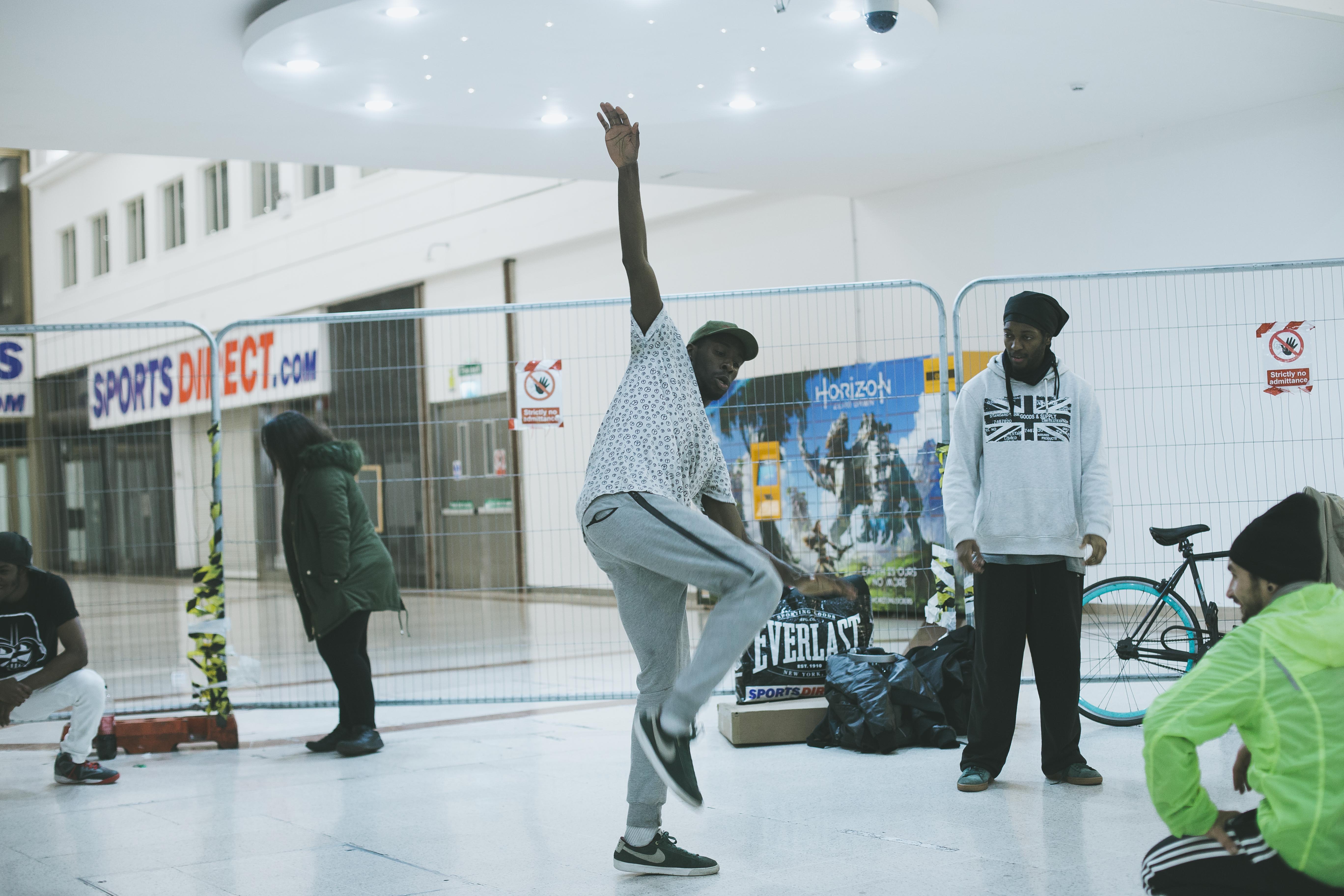 “Security turn a blind eye. They’re nice about it because we try to be nice about it,” slalom rollerskater CJ says while catching his breath. “Most of us are here to ‘train’ or just do our thing – there’s no hostility.”

“You get a lot of crazies here as well,” CJ adds. “You’re not quite sure what to expect each night.”

For every kid with a board or a pair of skates, there’s a homeless person wrapped in a sleeping bag, a guy stomping through with a can of 9 percent lager, and a bewildered commuter coming home from their high-flying advertising job.

Even though skateboarding is heading for the Japan 2020 Olympics, it’s never needed a stadium. It feels especially true here, with the raw DIY spirit of skateboarding standing proudly in opposition to the polished sports facilities down the road.

With this unlikely clash of cultures playing out each night, the space isn’t without its share of friction.

“The security do get pissed off at some of people down here,” 19-year old skateboarder Phillip says grinning. “That’s what the cameras are all about. There’s a security guard in some weird tower upstairs and if people start moving the fences around he starts talking to you on the tannoy speakers – ‘Leave our stuff alone.’ He’s up there all night.” 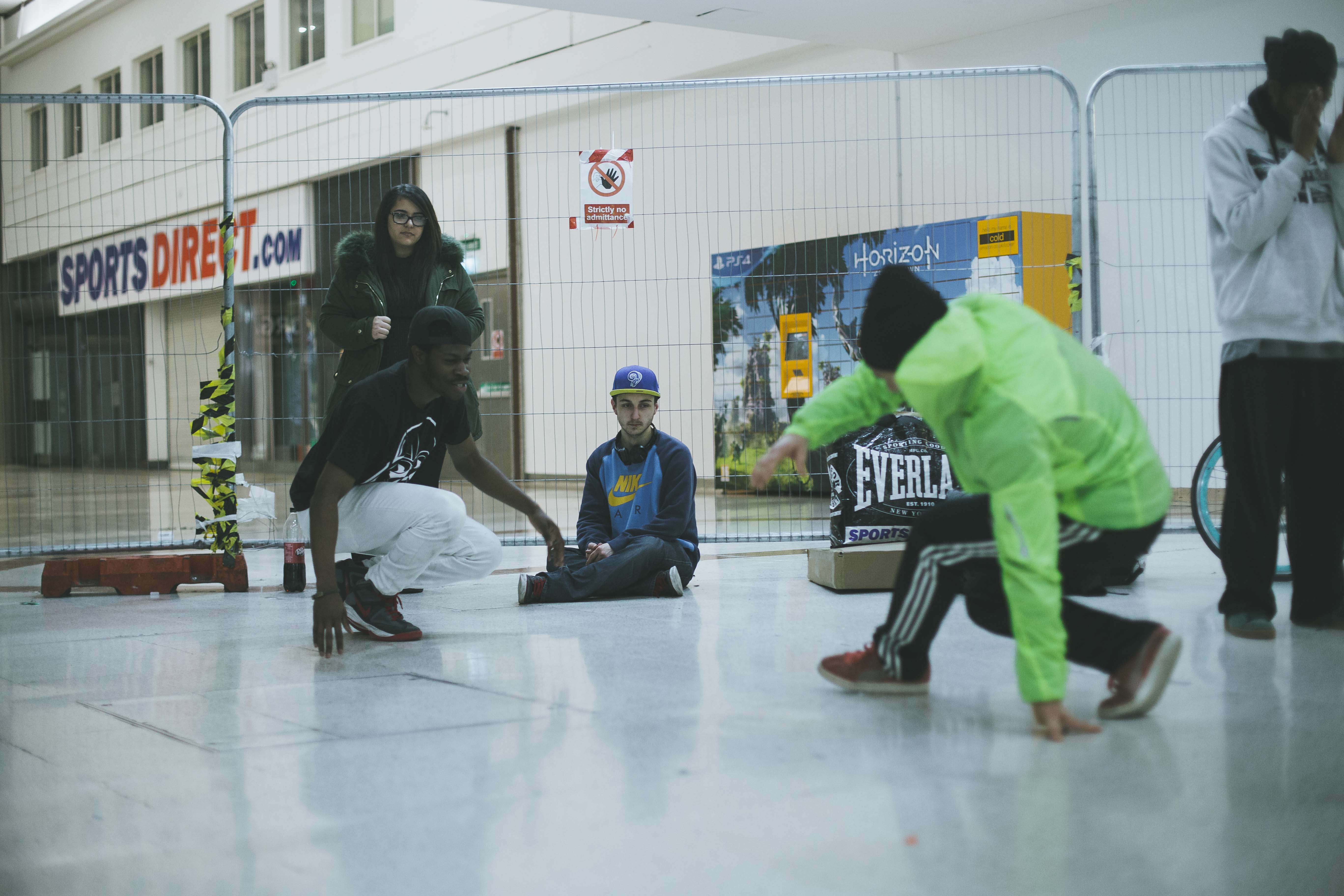 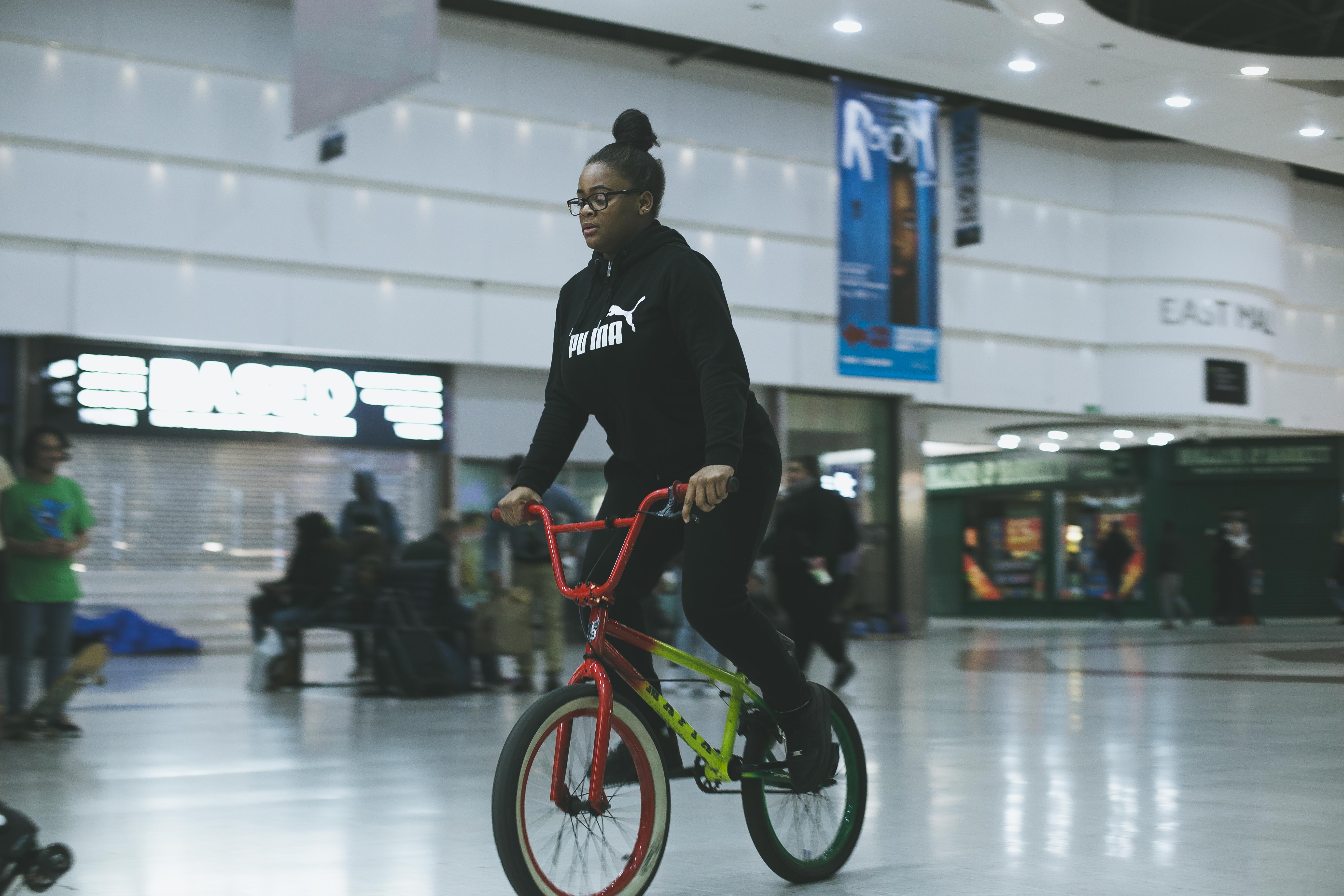 That said, relations are usually harmonious between the security, the locals, and the regulars. Since the space itself is such an outsider in its surroundings, it happily caters for the city’s own misfits too.

As a little haven from the surrounding drab uniformity, all varieties of skating are welcomed inside here too. Tony, who spends his evenings primo sliding across the floor and his days working for a skate clothing brand, says the Stratford Centre is oddly indifferent to often deep-felt divisions in street sports.

“I’m a freestyle skater, this is what I’ve been doing for years,” he tells me. “But If you don’t fit into that niche of what [the dudes at Southbank] think skateboarding should be, you’re very much ostracised there.”

“Here, it’s all types of guys riding all types of boards, all types of tricks,” he continues. “You get that Southbank run-off, longboarders, old school skaters, even rollerskaters and breakers. It’s really nice to see the mix of styles and everyone appreciates different aspects of “street culture” or whatever the fuck the buzzword is nowadays.” 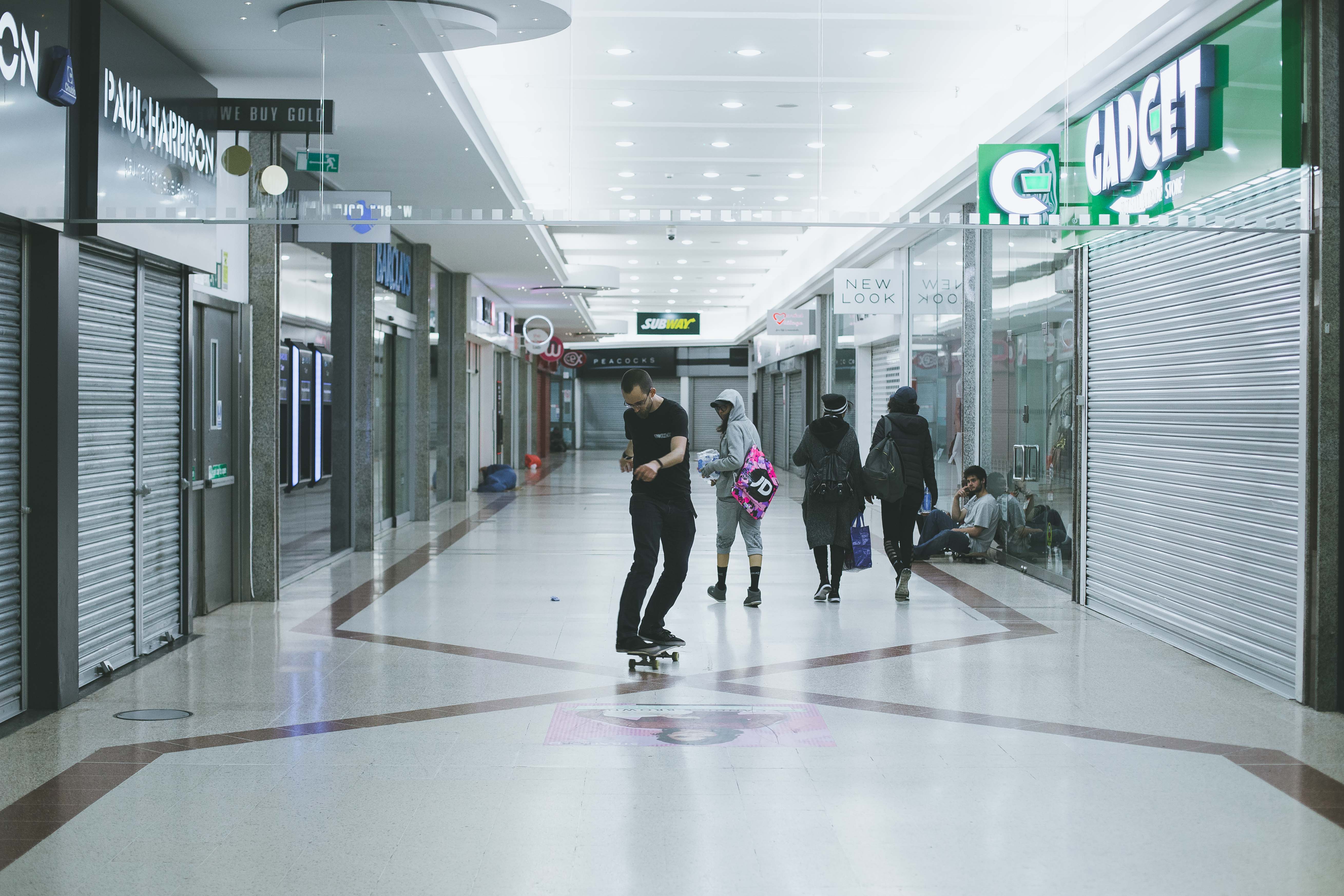 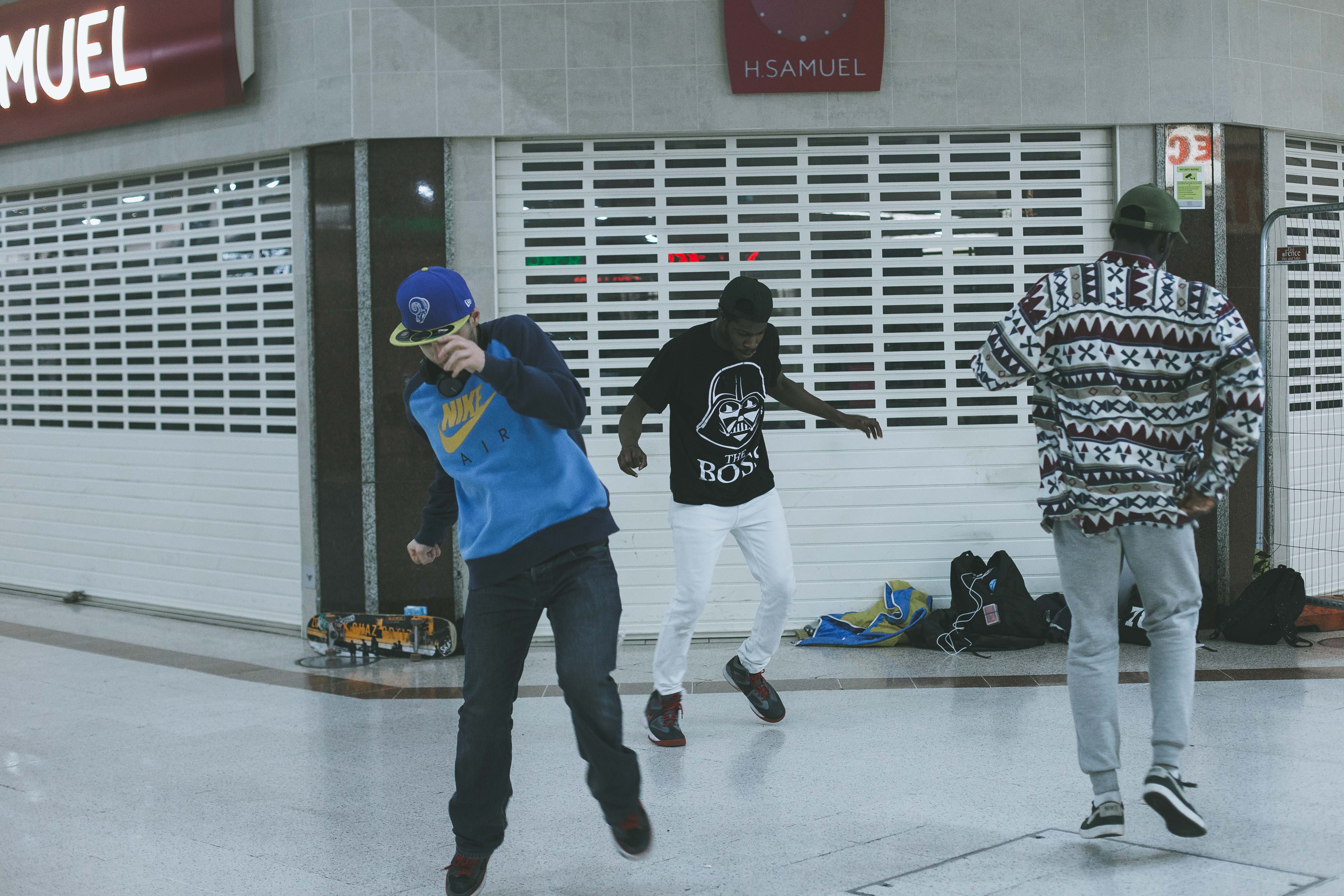 It’s just a one minute walk across the street to Westfield Stratford City, an oversized shopping cathedral which towers above this community. But the two places couldn’t be in so many ways further apart. There 750 security cameras stare down on the glossy pathways and food courts, teenagers not spending – or wielding a skateboard – eyed with upmost suspicion.

A little further down the streets and it’s the husks of sports stadiums of London 2012, a pocket of small business, craft beer bars, penthouse-tipped new developments, and £300-a-week student accommodation. It’s the typical story of a city that’s grown beyond the bulk of its inhabitants.

“In London everywhere is so tightly controlled and regulated. So you’re all corralled into skate spots that aren’t fit for purpose and aren’t big enough,” Tony complains. “In this place, you’ve got space and you can practice without any problems.”

“It’s like a weird relic of old town planning laws and byway laws… I believe that what happened here was there was a public right of way through this space. When they started talking about building a shopping centre, they had to keep this right of way going. Basically, it had to be open all night too, so people started using it.”

Tony is as pensive as you’d expect a freestyle skater to be. As someone in the industry who’s seen trends within the scene come and go, even he is surprised at the durability of this little haven. 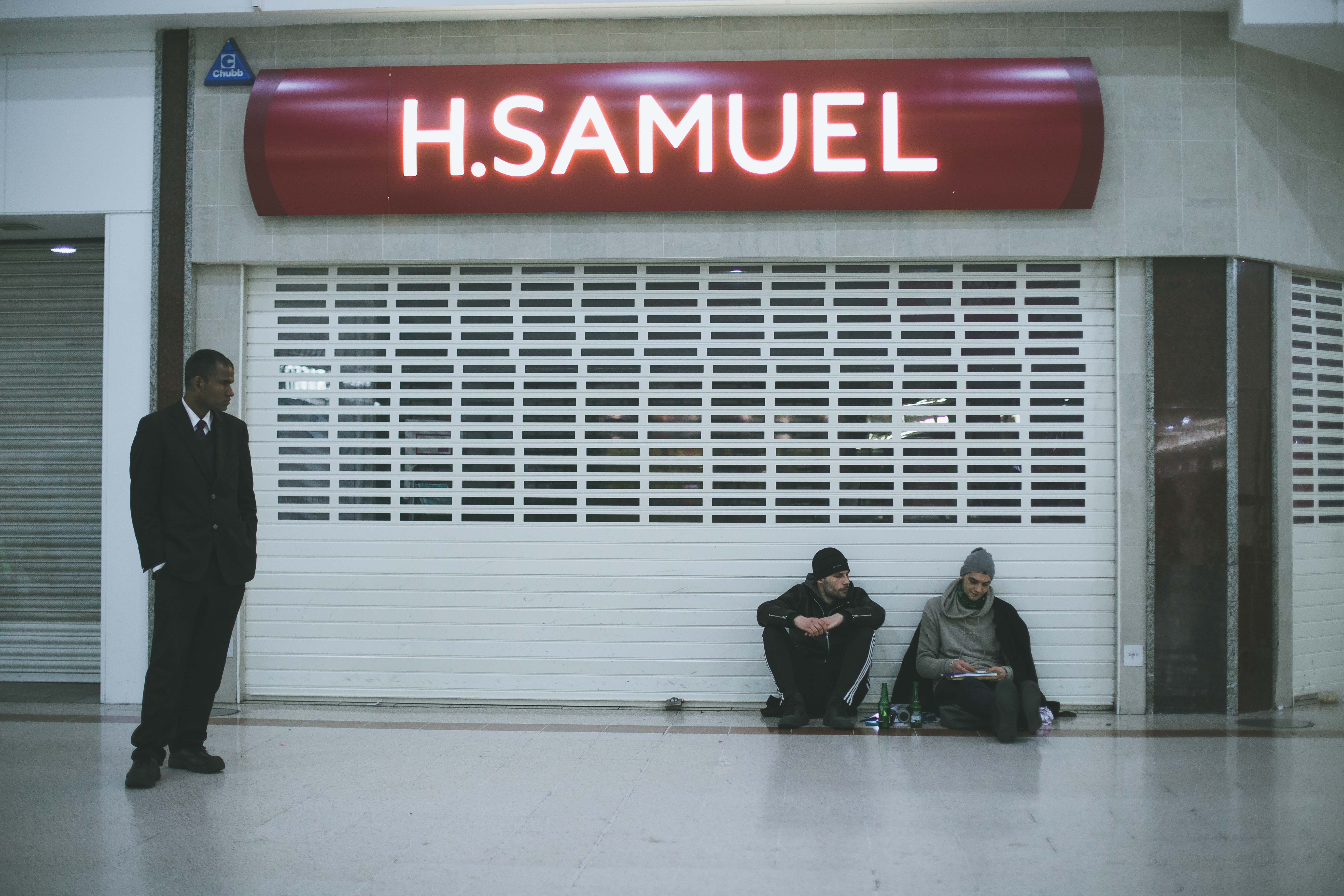 “This is like a nerdy pet topic of mine, but in the Victorian era, it was kind of fashionable for the rich to give back their land back to the people… That’s when all the great parks of London really developed. A lot of places stayed like that until the Thatcher years. Everything then was just sold off to the highest bidder because private ownership was everything.”

“This is just one of the only spaces where that, for whatever reason, has never taken place. A real oddity,” he says with a proud smile.

But nothing it seems is sacred in London. Just a few months ago, the centre was bought out by a new group of real estate fund managers for over £140 million. For the moment, it’s unclear whether they’ll continue to respect the equilibrium that for so long has reigned. This street culture throwback has survived the Thatcher years and now it’s withstood the Olympics. Maybe it can outride the new wave of pop-up bars and Deliveroo bikes too.

Linkedin
RELATED ARTICLES
OTHER ARTICLES
After fleeing the war in Ukraine, people are finding it impossible to secure affordable and decent housing in the UK.
Photographer Becky Tyrell went down to the fading banger and stock raceway to meet a community desperate to keep it alive.
Filmmaker Laura Poitras discusses her new documentary which traces the remarkable life of the artist-activist and the impact of her battle against the US opioid crisis.
After blocking the Scottish government’s gender recognition reform bill, Westminster is now devising further changes to the law to make it harder for trans people to self-identify.
Theo McInnes’s photos of the annual event provide an intriguing snapshot of contemporary Britain.
Tristan O’Neill’s shots of dancers caught in moments of reverie at the height of rave’s golden age are a testament to the UK’s legendary club culture.