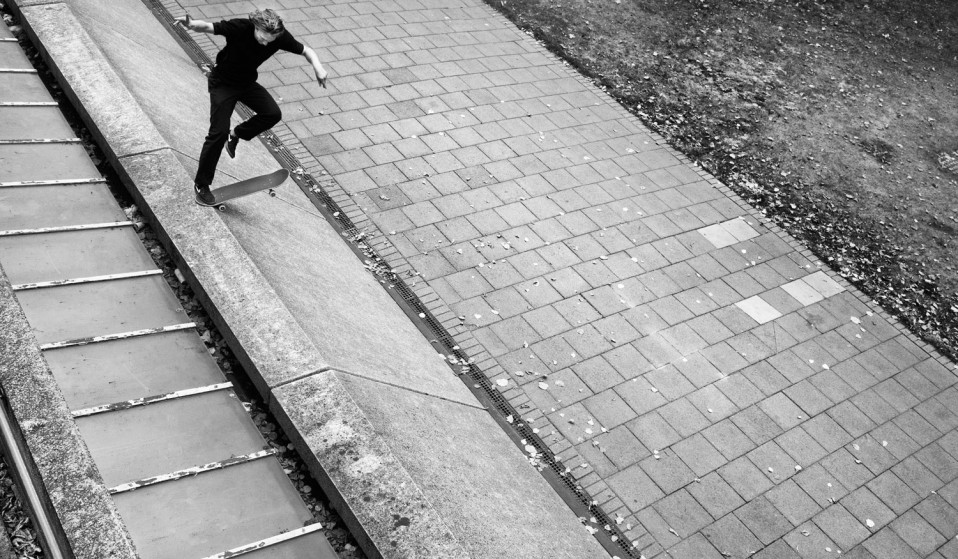 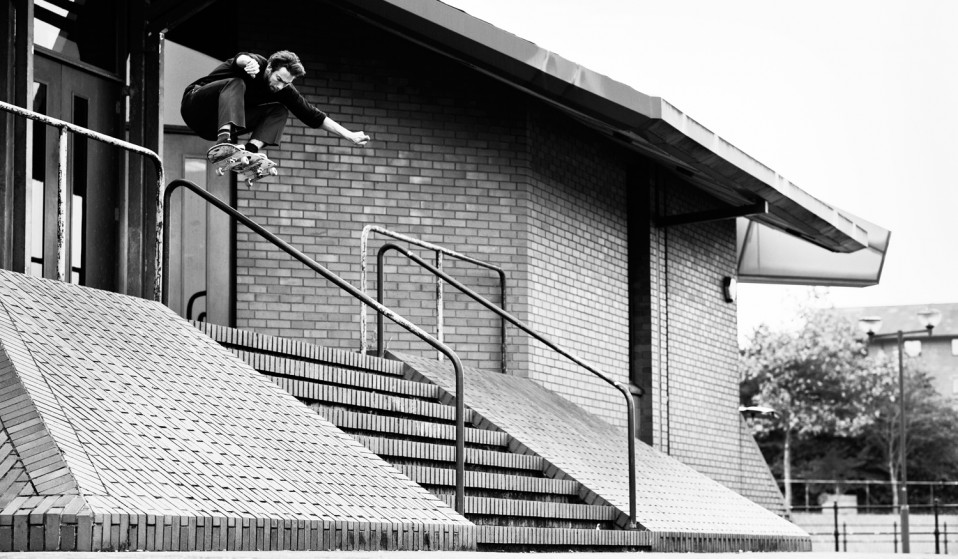 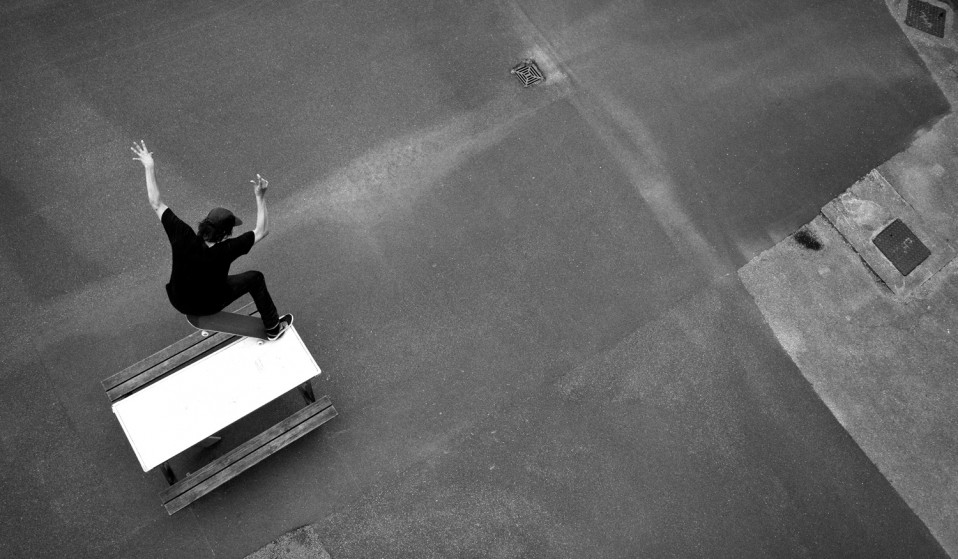 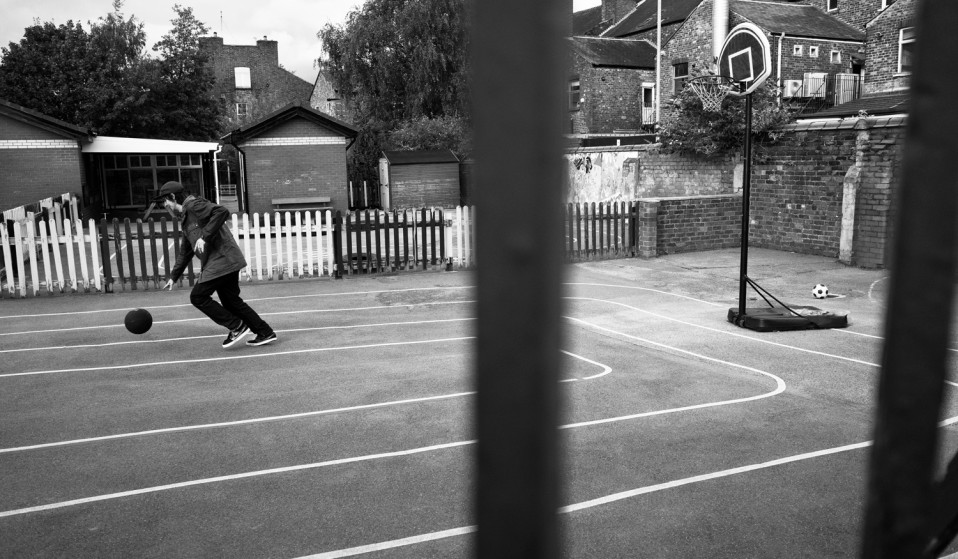 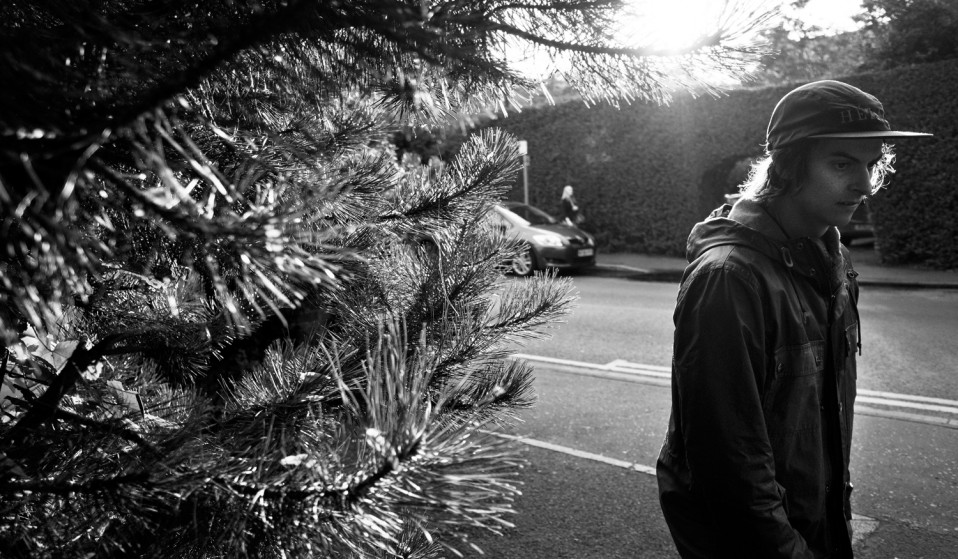 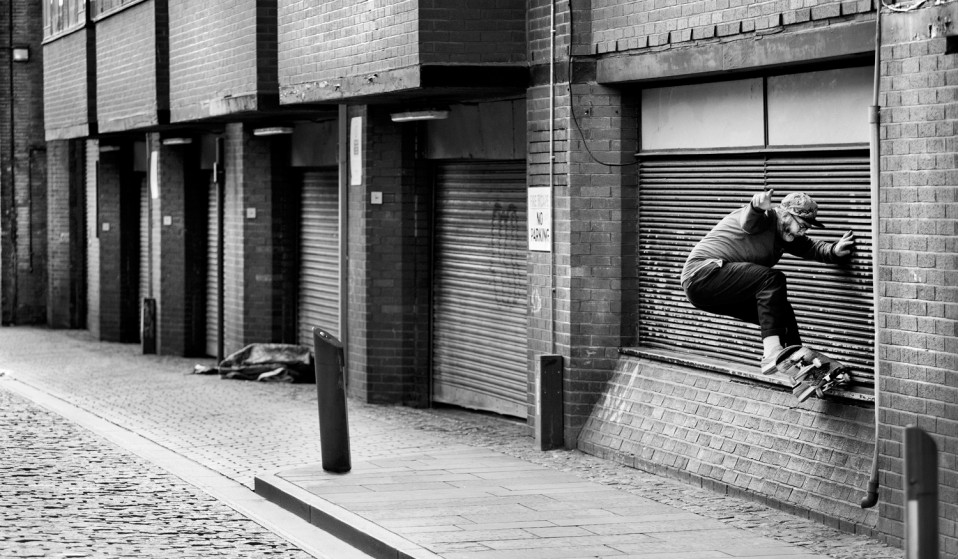 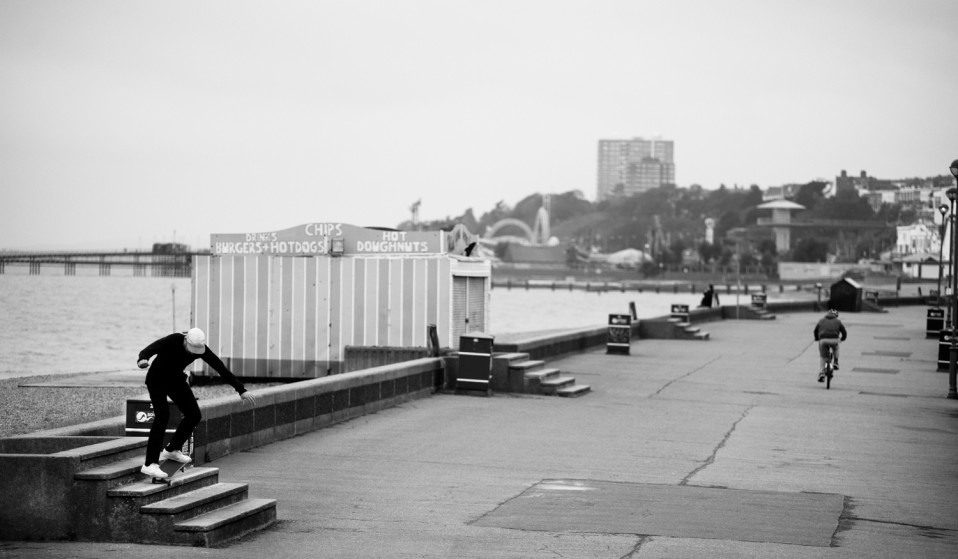 To celebrate Nike SB's NESW project – a series of videos and a book about the UK skate scene – we catch up with photographer Henry Kingsford.

To celebrate Nike SB's NESW project – a series of videos and a book about the UK skate scene – we catch up with photographer Henry Kingsford.

Over the past couple of weeks we’ve been catching up with some of the UK’s best skaters to celebrate the release of Nike SB’s NESW book and accompanying videos.

The 140-page coffee table book – “a fresh look at the skateboarding scene in the UK today that celebrates its raw personality” – features the photography of Grey Skateboard Magazine founder Henry Kingsford and follows the Nike SB UK team to each point of the compass – N E S W, get it? There are great spots, legendary shops, and some special guests along the way.

So, to celebrate the project, we caught up with everyone from people’s favourite Dave Mackey – founder of Liverpool skate shop Lost Art – who told us British skateboarders are family; Essex-born Neil Smith, who took things to the next level in the Lost and Found era Blueprint years; London lifer Casper Brooker, who’s witnessed the Save Southbank years firsthand; and Chris Jones, who built crusty DIY spots as a kid in South Wales.

With the book launching tomorrow (yay!), it seemed about time to catch up with the guy behind the lens. Introducing talented shooter Henry Kingsford. Happy reading. (There are some exclusive shots in the gallery above, too. So don’t forget to scroll through.)

How did you all come up with the spots featured in the book?
Usually the riders know what they want to skate. There was an element of exploration, particularly around Stratford and Leyton and Kev Parrott helped us a lot with east spots.

What were your favourites?
I really liked the rough flatbank at the foot of the cliff in Margate, although I don’t think the riders shared my enthusiasm. I’d always wanted to shoot in that area since I saw the Fluff X Nike SB book.

As a document of UK skateboarding in 2014, what do you think the book reveals about the scene?
Hopefully it highlights the importance of good, core, independent skate shops to the scene. Also, that the old regional rivalries – particularly north vs south – don’t really exist any more. All the riders were keen to travel and skate in different regions.

Was there anything you wanted to prove/disprove?
Not really, sorry!

Do you think people outside the UK will be surprised/exposed to something new?
Hopefully they will see some interesting new spots outside the bigger cities that haven’t had much coverage before. Seeing good footage/photos of new spots is always nice.

How do you think skateboarding here compares to America or other European countries, Spain etc.?
It’s dictated to a certain extent by architecture and spots. You don’t get a lot of rail/stair skaters here, for example, but UK skaters tend to be able to handle rougher spots. That is a bit of a cliché, but I think it holds.

In terms of Europe, every country has its flavour and also its stereotypes. I think what you get a lot of everywhere these days are groups of kids that are obsessively into their favourite brand, be it Palace, Polar or Magenta. That’s cool to see.

Most people will say it’s a good time for skateboarding right now. Do you think it can last?
Hopefully the establishment of skateboarding as a competitive sport – which seems to be happening whether we like it or not – will enable the freer, more creative side to continue to thrive.

What brands/shops do you think are helping the evolution of the culture?
The obvious ones are Polar, Palace and Magenta, but that’s not really news to anyone. I’m really looking forward to two upcoming videos: Vase from Isle and the Familia video. I’m a big fan of Familia. It’s a small brand, but everything is done so well and the team is great. In terms of shops, it’s hard for me to pick one without excluding too many. Any shop that’s got a team and making a video is making a difference.

What makes you excited to keep shooting and producing things like Grey?
Publishing is quite addictive and I love photography as much as skateboarding, so it’s natural I’d keep going. I’m not sure what else I’d do.

What’s been your favourite thing about UK skateboarding in 2014?
The Manchester skate scene.

See more from the Nike SB NESW project here and watch out for the exclusive book, which drops Friday December 12.

Linkedin
RELATED ARTICLES
OTHER ARTICLES
To celebrate Nike SB's NESW project – a series of videos and a book about the UK skate scene – we catch up with head honcho of Lost Art shop and local Liverpool legend Dave Mackey.
UK skaters and filmers put in the hours outside their day jobs to make Albion – a grimy British skate video with no branded restrictions.