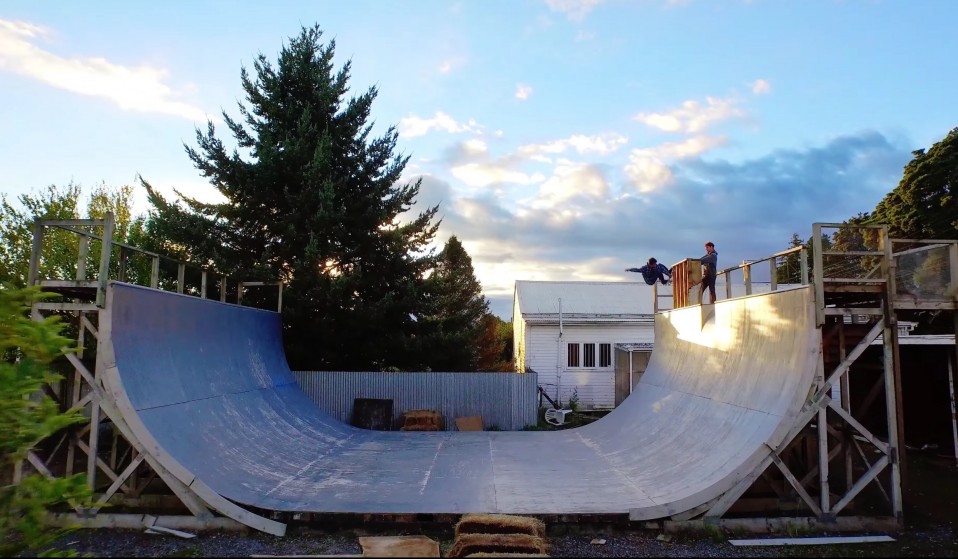 On the afternoon of the Holy Stokes! London film premiere, we talk to industry riders – Chris Pfanner and Daan Van Der Linden – about van stories, gnarly spiders, and the future of skateboard cinema.

On the afternoon of the Holy Stokes! London film premiere, we talk to industry riders – Chris Pfanner and Daan Van Der Linden – about van stories, gnarly spiders, and the future of skateboard cinema.

Daan Van Der Linden is twenty, but looks about fifteen. He’s sat next to me on a beaten leather couch at Volcom’s Shoreditch office.

But who can blame him? He’s just flown in from New York, and is about to start touring Europe for premieres of Holy Stokes! A Real Life Happening. His future looks bright, so why not enjoy the ride.

This the first skate film in Daan’s career, and he talks away to me with a humble enthusiasm of the opportunities that it’s given him. “Australia, San Francisco and New Zealand!”, he declares over his beer, when I ask him to name his three favourite Holy Stokes! Shoot  locations. “I’m from flat-land Holland, so I really like San Francisco because you get all the hills, New Zealand was just a super sick trip, and Australia was great because of all the danger!”

By danger, he means the spiders. “There was a big huntsman spider up on the wall at Dustin’s place”, Daan tells me, gesturing the size with his hands, “and I was like – woah! That thing’s really big. I don’t want that in my bed.”

While Daan is young, he is far from the youngest in the Holy Stokes! skate crew. “There’s a kid in the film who’s just twelve – CJ”, he tells me, “he’s off the charts, he’s doing tricks that thirty-eight year olds are doing. But that’s the cool thing about skateboarding, we all blend in together. Age doesn’t matter.” 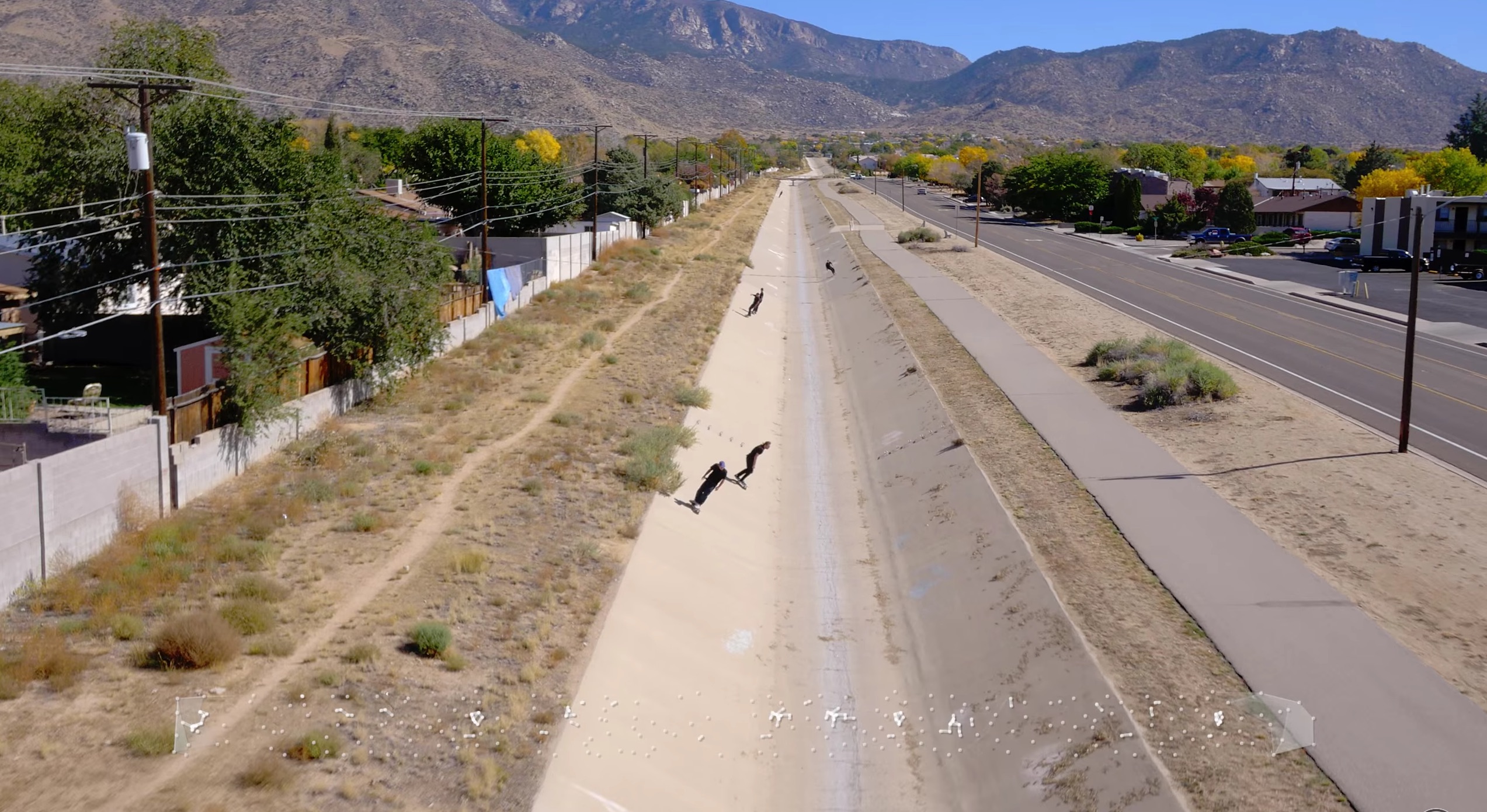 “They call me grandpa already” Chris Pfanner, a thirty-one year old skater from the Holy Stokes! gang jokes. “But I love being around the younger guys, I feed off that. Some days when my legs are a bit tight and I see these them, it keeps me motivated. We feed off each other”.

They look out for each other too – later in the afternoon Chris helps an intoxicated Daan put his premiere wristband on, and it’s clear that the film has really allowed these guys to become a little family of their own.

In the simplest of ways, Holy Stokes! is just like any other skate film: there’s a bunch of rippers hanging out on various spots, showing the best of what they’ve got and occasionally smacking their face on the pavement. But it’s the gorgeous visuals, sound, and off the charts drone footage which makes this film exciting. 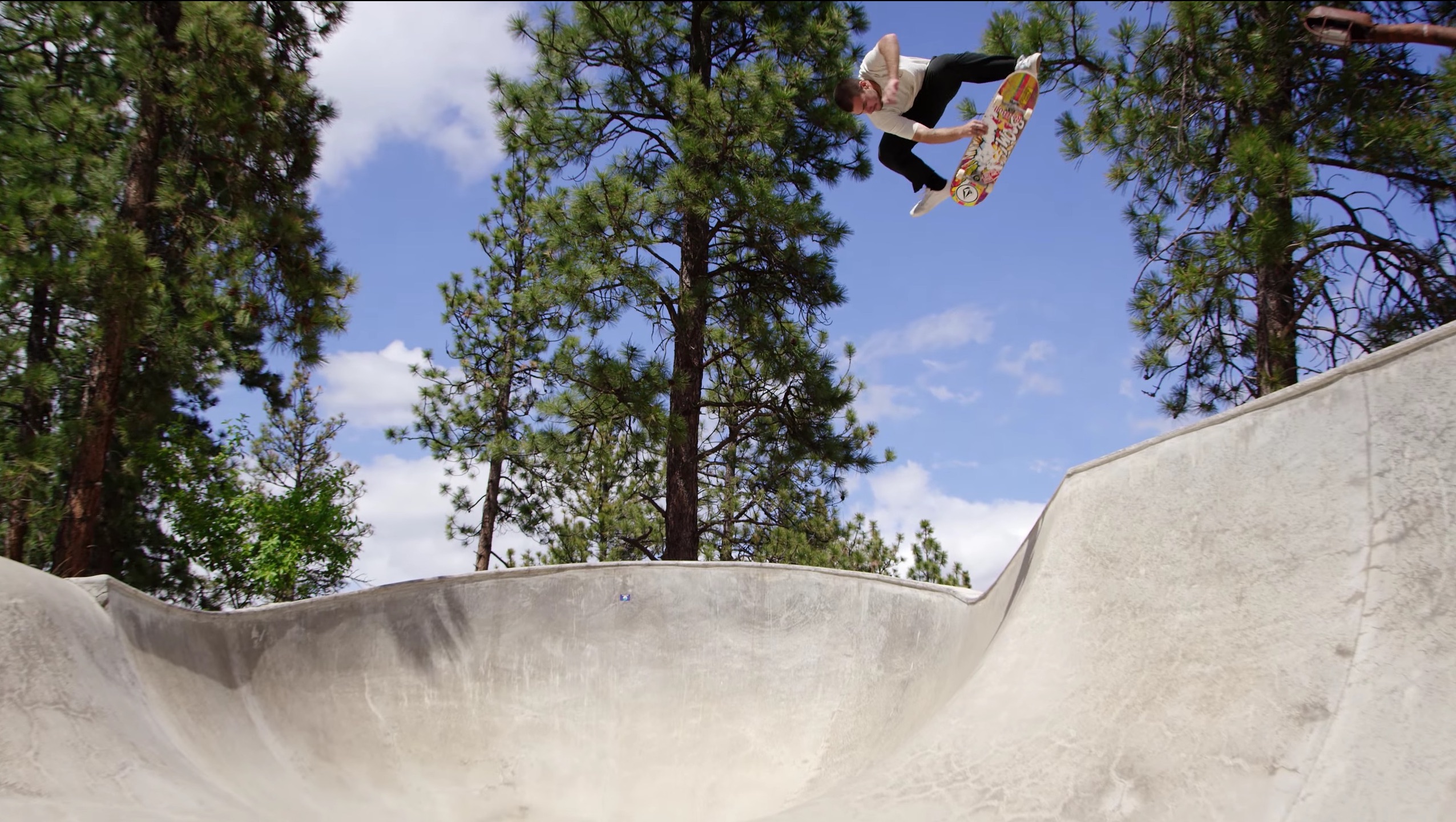 “I hadn’t worked with drones before”, Chris tells me, “but when you watch the video, you can really feel what’s going on. It gets under your skin”. Although Holy Stokes! makes full use of 4K ultra-HD cinematography, Chris vouches for the its commitment to keeping the organic nature of skate videos at its core.

“If you keep the authenticity, like they did, with the combination of new technology, you can’t get anything better. I think they nailed it”, he says, looking excited to watch it again later that night. “The only thing I was bothered about was the sound of the drone”, Daan adds, “it makes a little bee-swarm sound. A little bit distracting but at the same time, when you get to see the footage afterwards, it looks crazy!” 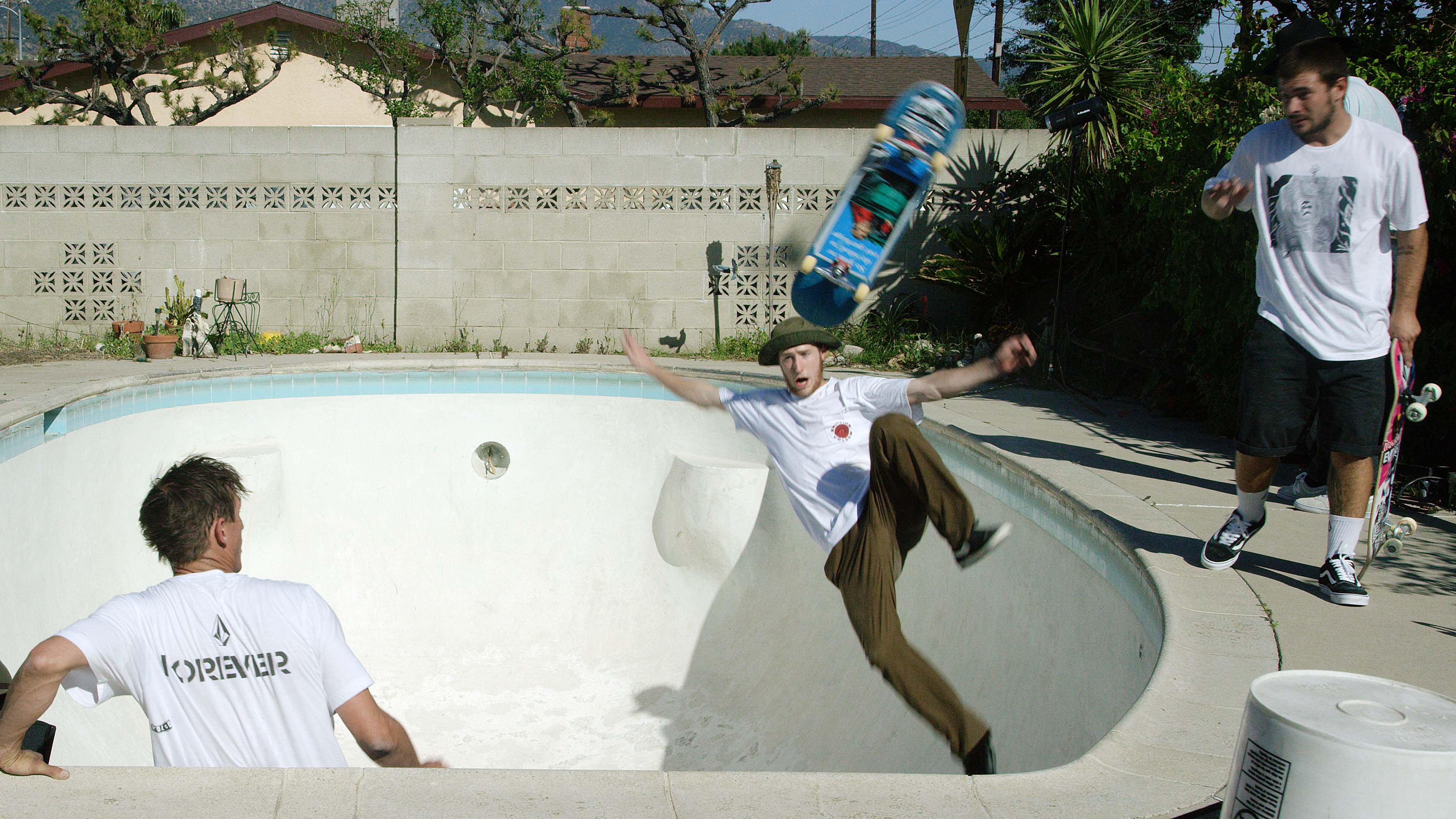 Filmed over two years, the crew on Holy Stokes! have travelled all over the globe to skate in major boardsport sweet spots. “Milton Martinez tried to ollie on an infamous spot in Sunset Boulevard”, Chris tells me, “he broke his ankle on the first go. That thing is crazy – you’ve got to go there at six in the morning for the first light, and you’ve got to come off this roof into a steep bank, that rolls into a three lane road. It’s insane.” 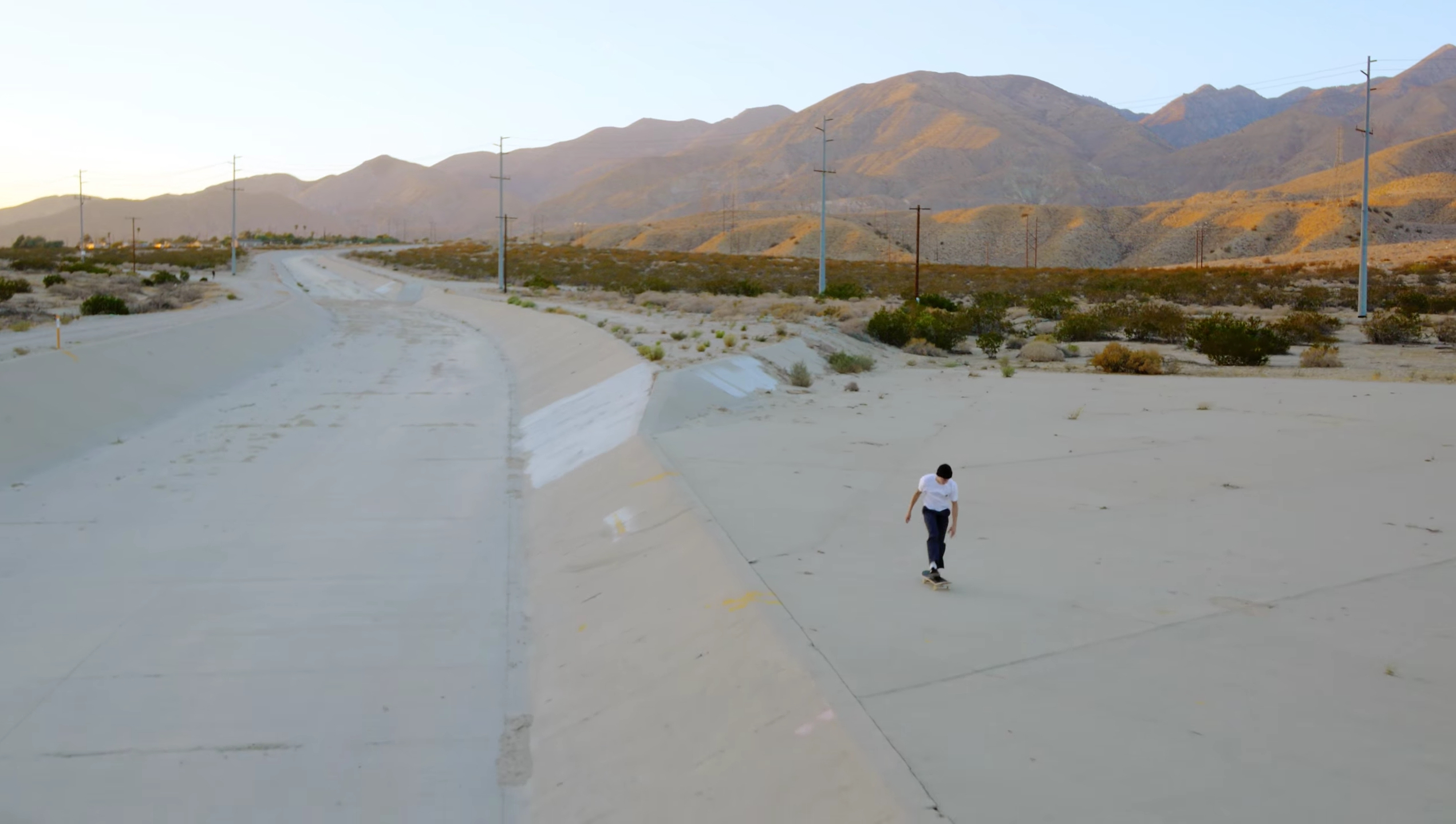 But with such a huge crew of skaters on board, no amount of falls could put a downer on the filming process. “There was always somebody there to catch up”, Chris reassures me, “everywhere you went with this crew, no spot got left out. There was never a dull moment – the fire was always lit!”

With one of the most diverse skate crews to hit the big screen, it’s clear to see why Chris feels this way. Huge skate industry names like Arto Saari, Rune Glifberg, and Dustin Dollin were met with new young bloods like Jackson Pilz, Alex Midler and Ben Raemers – each rider from a different level and background.

With such a motley crew, I was excited to dig out some stories from the time that the boys had spent together. “Daan – he’s a whirlwind!” Chris laughed, cracking up over how the younger skater had gotten stuck in a hotel elevator just a week ago. When I prompt Chris for some notorious van tales, he claims that there are just too many good moments to keep track of. “The beer is always cold, the music is always great, the company is amazing. But it’s crazy, I can’t pick one story,” he confesses.

With an impressive amount of skate experience already under his belt, Chris shows some disdain with the way riders consume video content today. “People can’t take longer than five minutes to watch something”, he complains to me with a sadness in his voice, “and that’s what’s taking the spirit away from skate videos – everybody is just stuck on their smartphones” 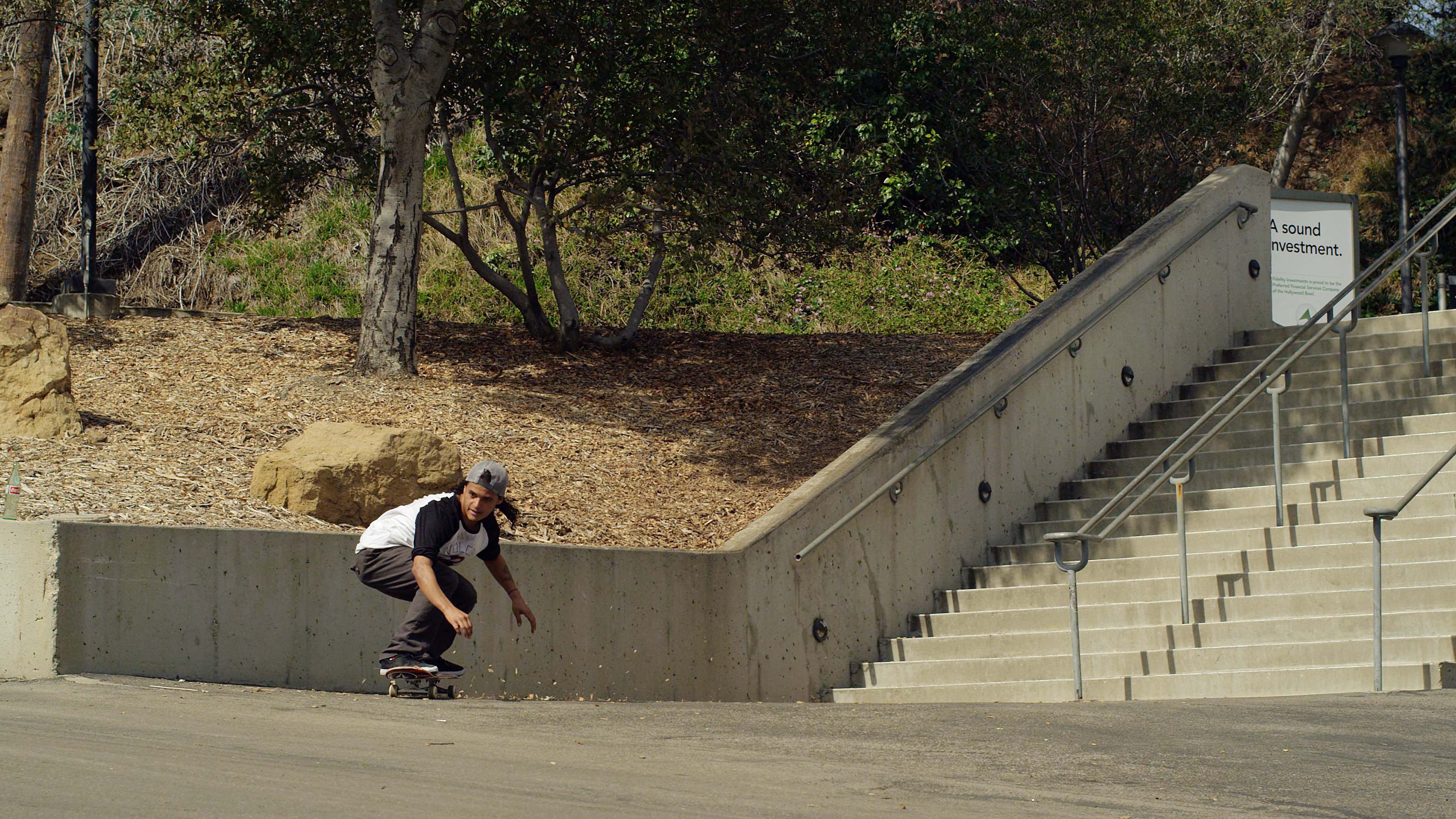 Sinking back into the leather sofa, he recalls nostalgic childhood memories: sitting in skate shops, getting hold of the latest videos, and experiencing it with friends. “It’s not just about the video or the trick, but the excitement you share with other people watching it. I guess people do it now still, but from a distance – like through the phone, an instagram click or something”, he says, while Axel Cruysberghs and Kyle Walker listen in across the room.

It’s undeniable that the digital age has had an affect on the way we appreciate skate films. We click from one trick to another, skipping chunks when we get bored. But with it’s dynamic camera angles, innovative aesthetic, and sense of community, Holy Stokes! might just recharge the energy and interest of riders around the world.

Take a look at the Holy Stokes premier dates.

Reddit
RELATED ARTICLES
OTHER ARTICLES
By prosecuting those who harm the planet, individuals would finally be held to account – a victory that would change everything.
In a new book, KK Ottesen profiles 40 US activists who have dedicated their lives to the fight for human rights.
With a haunting new composition for a feverish new film, the British disruptor is back doing what she does best – smashing boundaries, breaking new ground.
Writer and photographer Peter Brooks braves the heckles with the most enigmatic faction of the Extinction Rebellion uprisings.
From lamplit street corners to red-brick estate fronts: artist Frank Laws pays tribute to the mundane magic of the city.
With his new record 2020, the Newcastle songwriter is looking to the (close) future; a world of dead-end jobs, bigoted butchers and retractable extension leads.