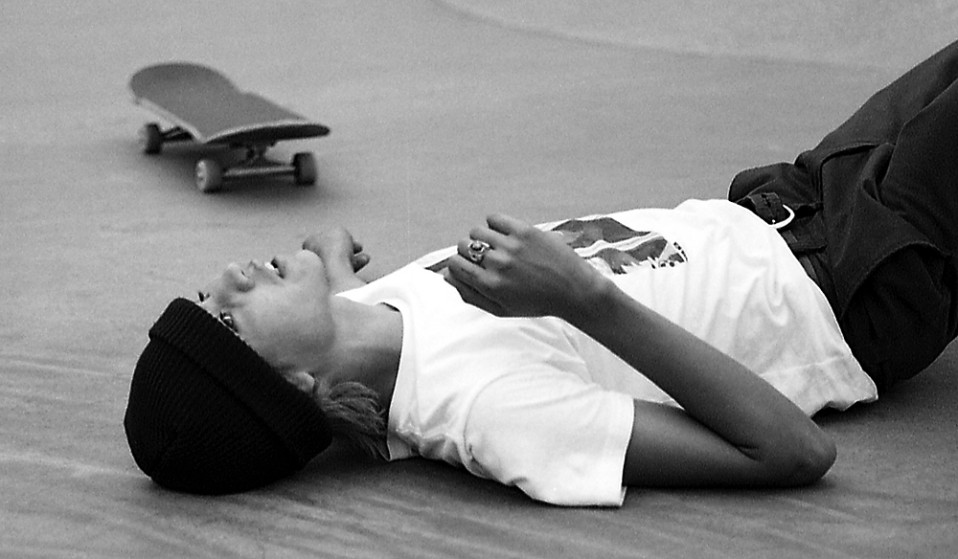 Skate photography all too often glorifies the technique, the tricks, the board, over the community in which all three exist. Organic and personal from the start, skater and photographer Ian Kenneth Bird’s first exhibition features soft black-and-white portraits of his friends and fellow skaters.

Moving to London was a turning point for Ian Kenneth Bird. After nearly a decade of skateboarding, he began to document the activities of his East London friends on camera. As the hobby turned into a project, his subjects became more and more widespread, until swathes of the city’s skating community had found themselves in front of the lens.

His photographs are defined by focussing on the people he’s shooting, especially in the form of full-face, intimate portraits. This means that one often sees the individual and their community before the skateboarding itself. 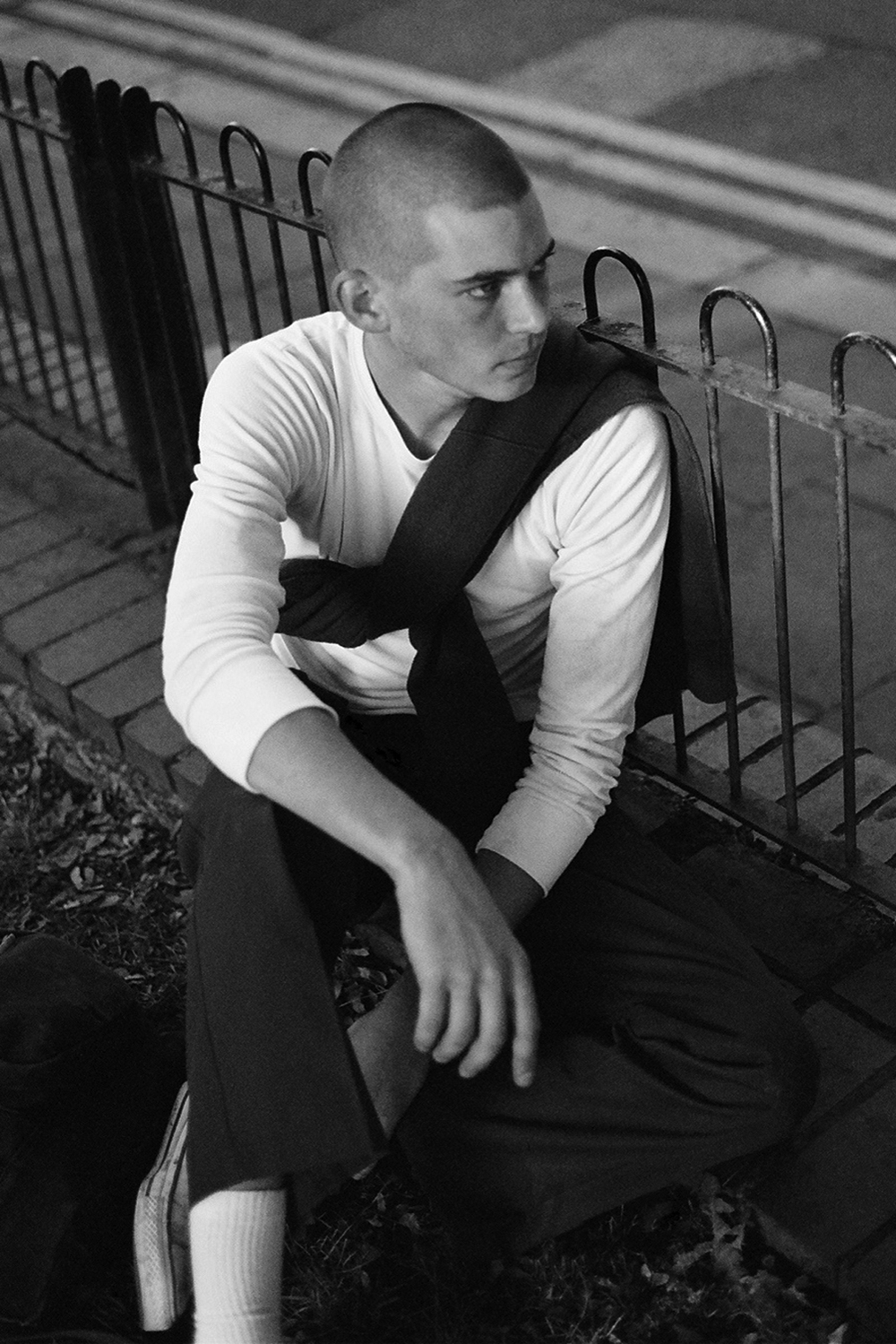 This community, however, is only ever implied — rarely is there more than one person in the frame. Instead, Ian’s stripped-back and direct style allows us to focus on the details: the fashion, tattoos or (perhaps most importantly) injuries that bind skateboarders together.

This is not to say that his photographs are devoid of action. While a bandaged face or black eye suggest drama in the recent past, one can still get a sense that his skaters are getting some tricks in between the photos. 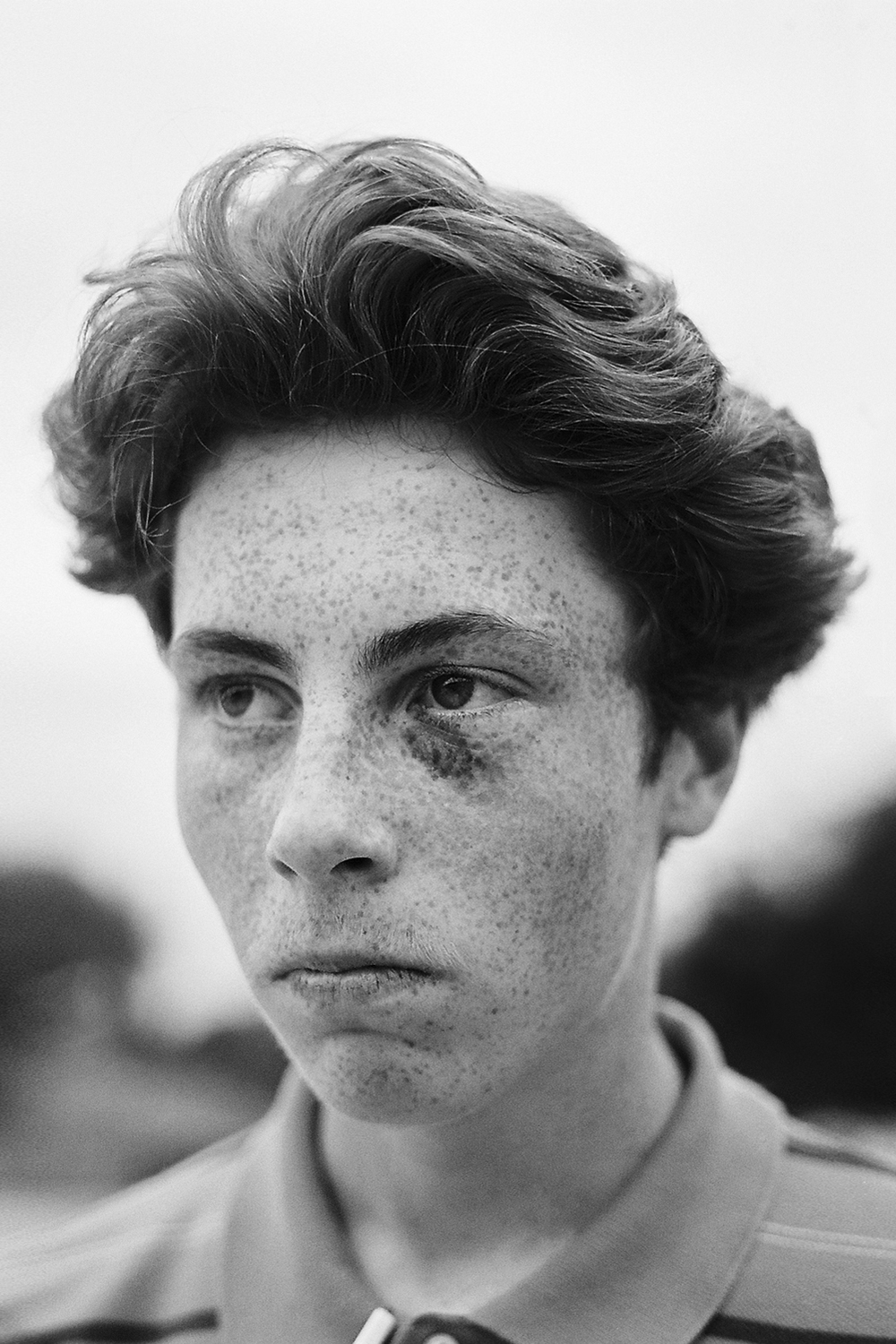 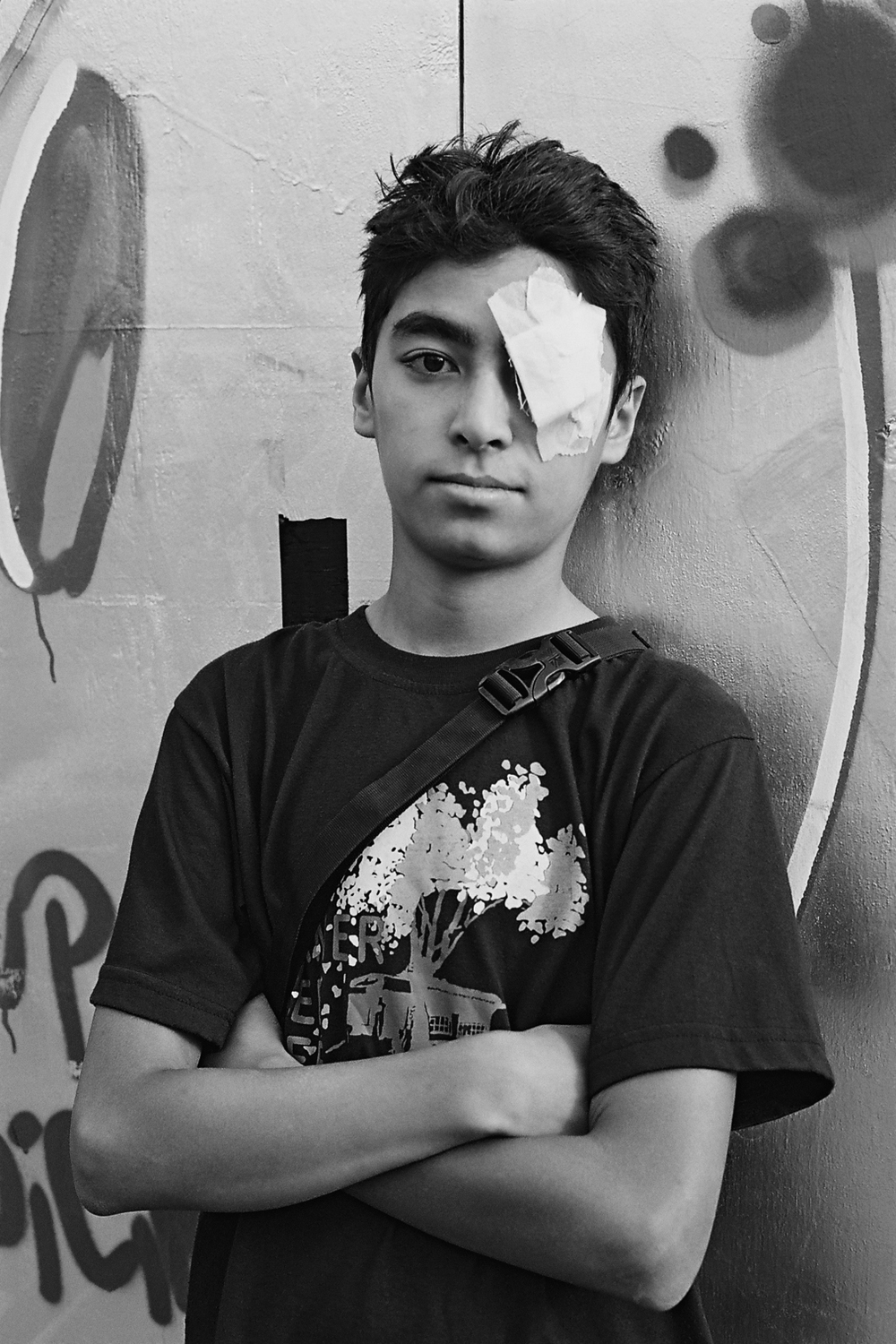 Why film, and why black-and-white? Has this always been your style and intention for this project?
I always try to shoot film where possible, especially for personal work. This series started very organically with me just taking a camera with me whenever I went skating. Although the body of work developed I decided to stick to one film and one format to keep consistency throughout the project.

You started taking photos of your friends but as the project has grown in scope do you aim to connect with strangers while you shoot them or try to keep things as candid as possible?
It wasn’t until a year or so into the project that I realised I had accumulated a substantial body of work, after this I started actively shooting in a different way. I made a list of people I wanted to shoot and certain people that I wanted to photograph regularly over time, because of this I reached out and connected with a lot more people but also had a lot of people contact me.

Why do you think the relationship between skateboarding and photography is so strong, and what does the relationship mean to you as someone who does both?
For some people this comes down to photos as proof in terms of certain tricks or events. I’ve been skateboarding myself for around ten years but in regards to photography I’m much more interested in shooting people rather than the act of skating itself. 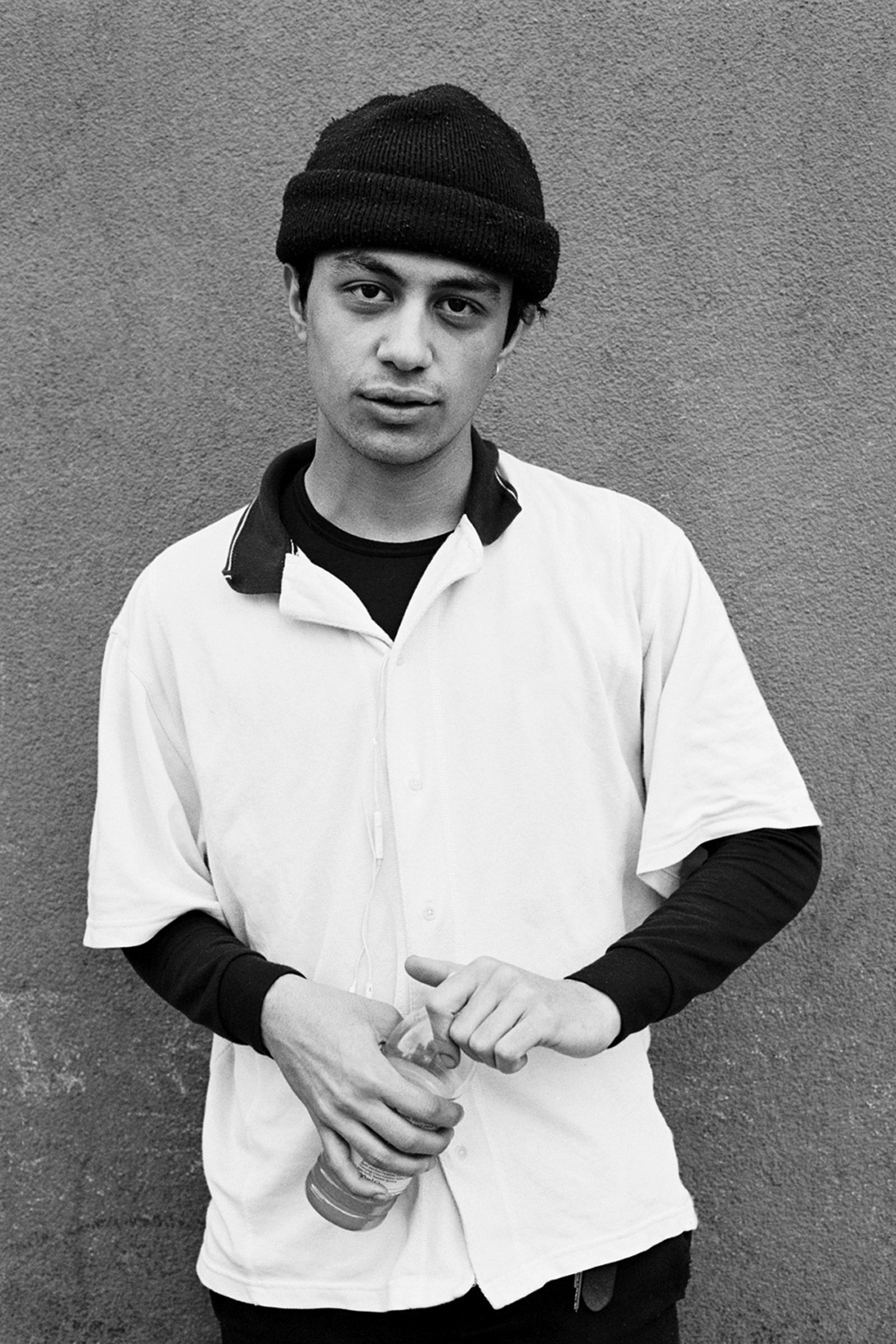 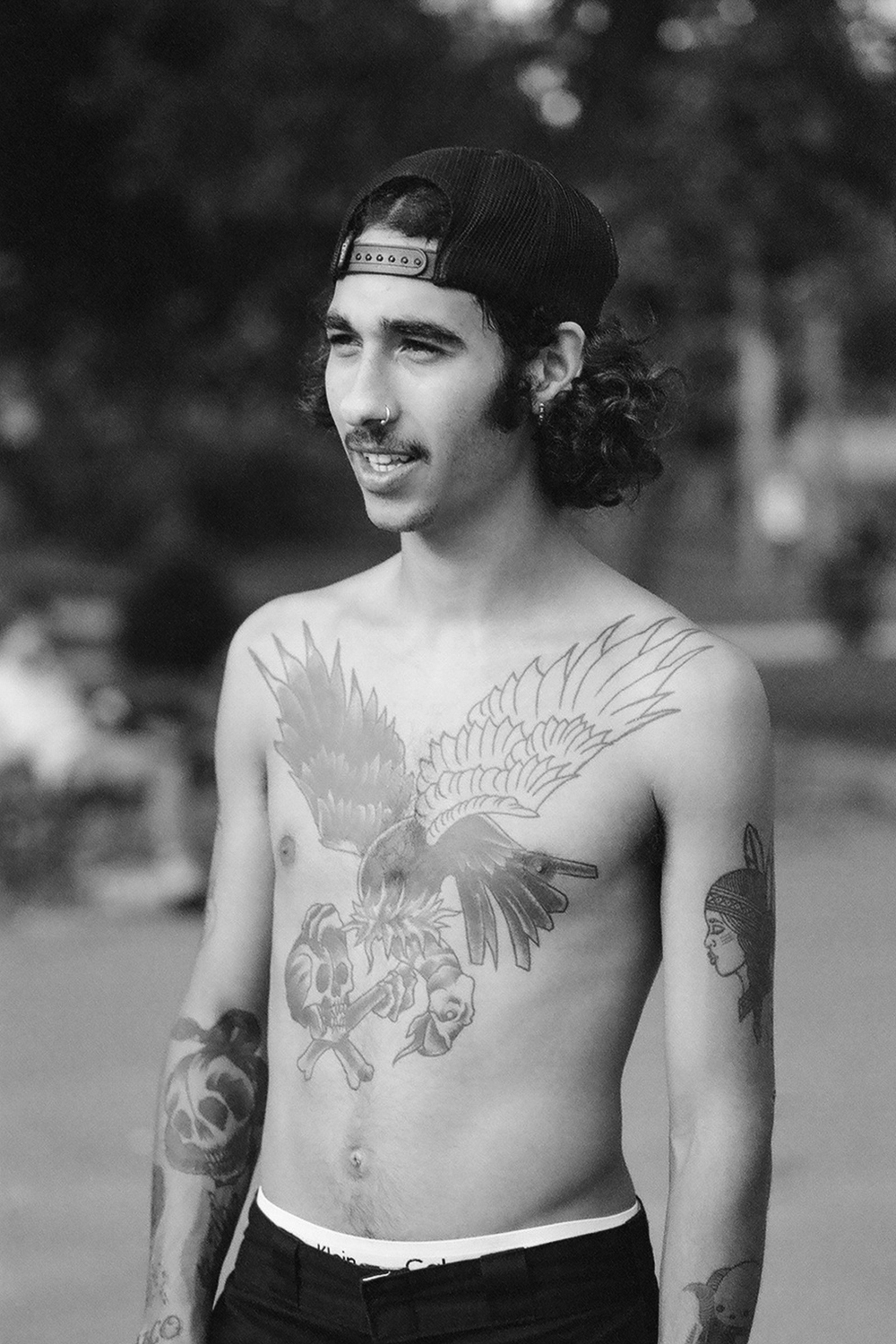 You’ve previously spoken about skateboarding ‘always being around,’ and outside passing trends, but is there something that defines the culture right now?
There are so many different factions within skateboarding that it is hard to define its culture as a singular thing. Trends will always come and go but I don’t think it can ever be fairly summarised as one thing.

How did you approach cutting down two years of work into one exhibition? What were you looking to portray?
Making a publication and having a show of this work had been on my mind for a while, I had been sharing the work through Instagram and my website but actively kept a lot of it back for when I was ready to do a book or show. The series is a very personal documentation of skateboarding in London rather than me trying to define what skateboarding is overall. 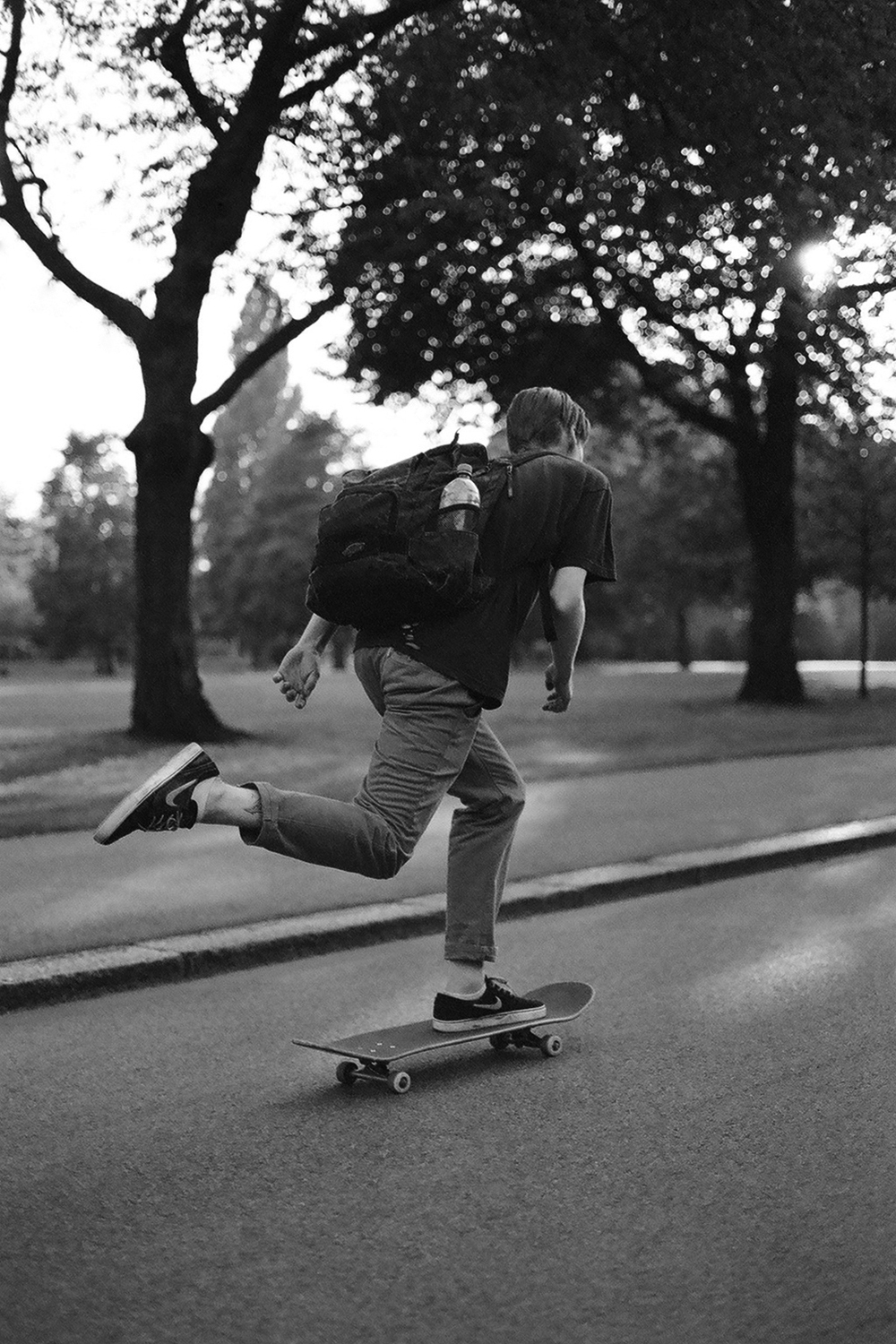 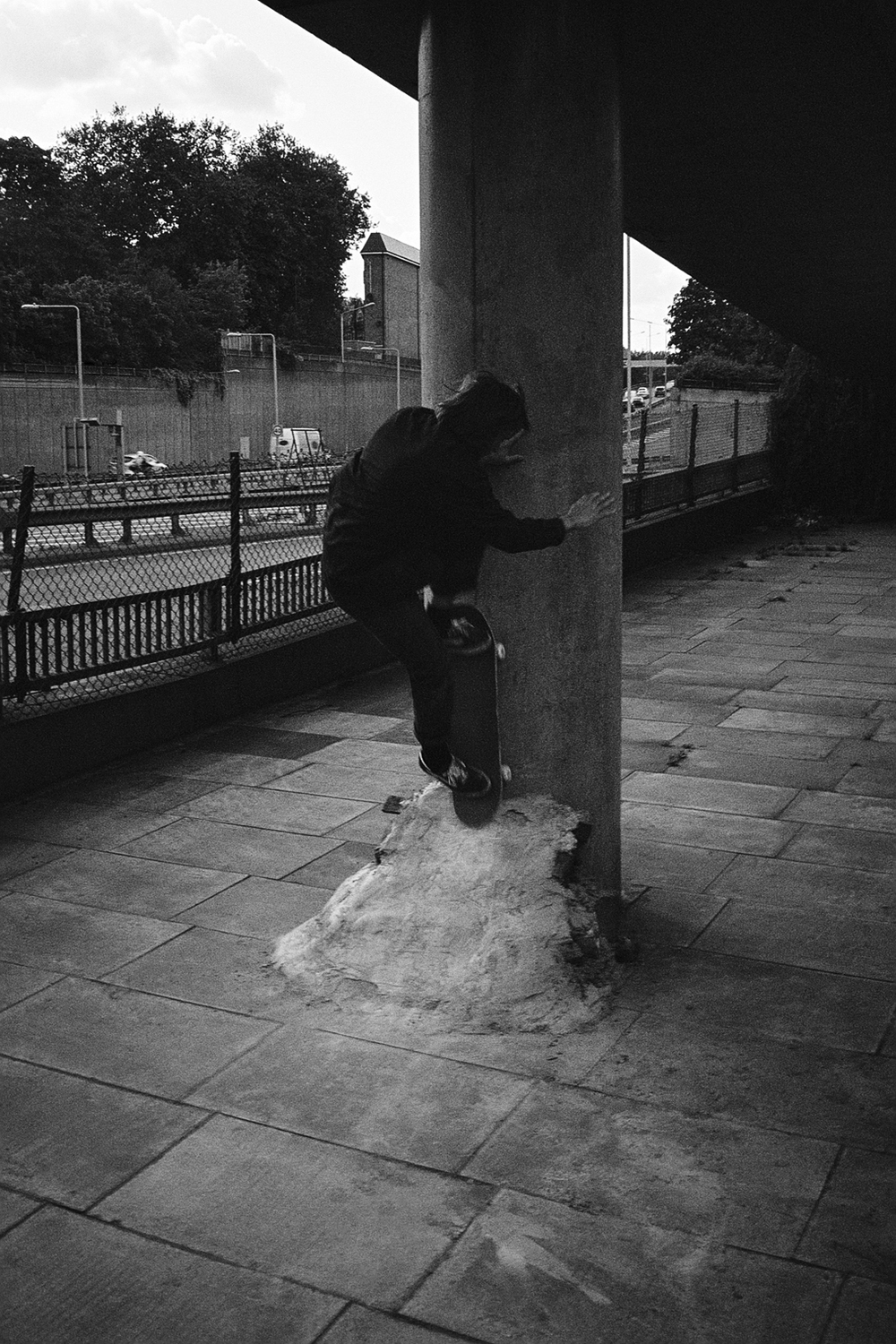 Linkedin
RELATED ARTICLES
OTHER ARTICLES
A new series of photos by Johny Pitts shines a light on communities and subcultures that have all too often been overlooked.
Photographer Bud Glick recounts documenting everyday life in the area, and what it taught him about the Chinese immigrant experience.
With the UK now set to run out of vaccines, people working in the sex industry – particularly outside of major cities – have been left especially vulnerable, reports Brit Dawson.
To mark the premiere of his new documentary on surfing giant Gerry Lopez, the filmmaker and former pro skateboarder sits down to share his unique brand of wisdom.
A woman from Texas explains how she was forced to consider the criminal liability she might face for medication abortion over her health.
One year on from the fall of Afghanistan to the Taliban, Tiara Ataii speaks to those who have been forced to make the treacherous journey to Europe for safety, and the barriers and horrors they have faced.