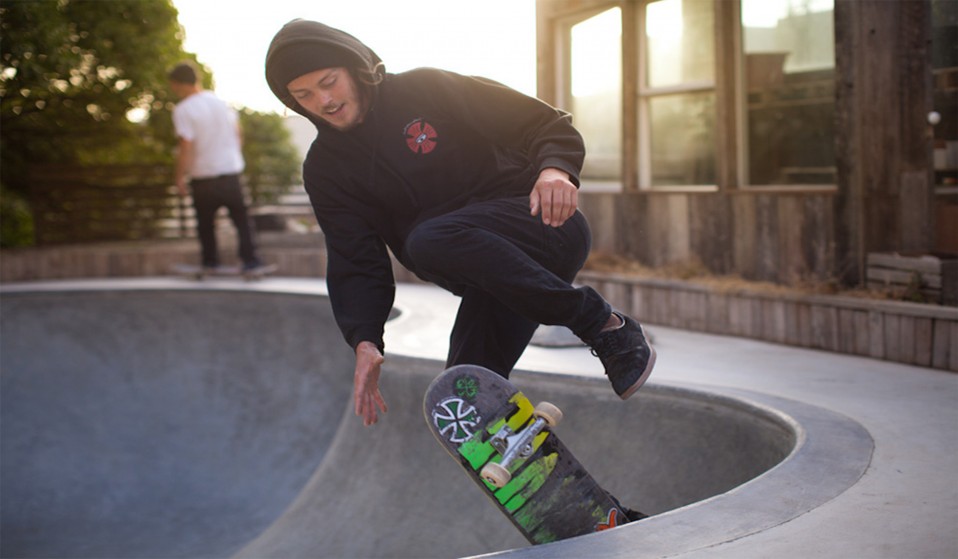 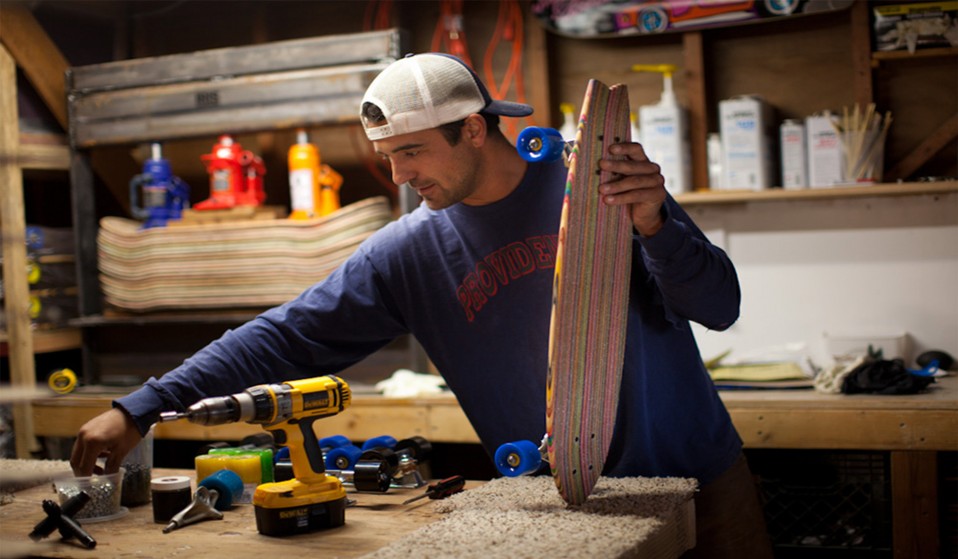 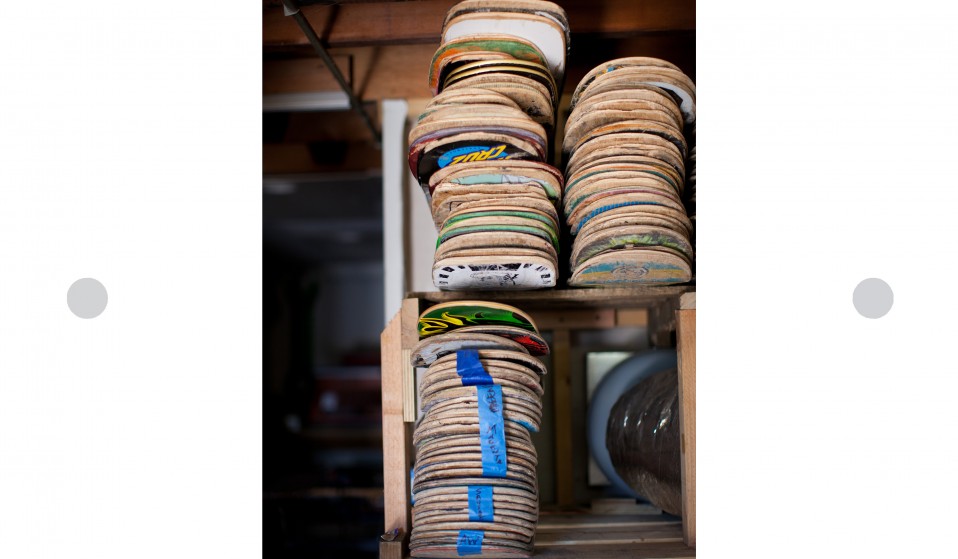 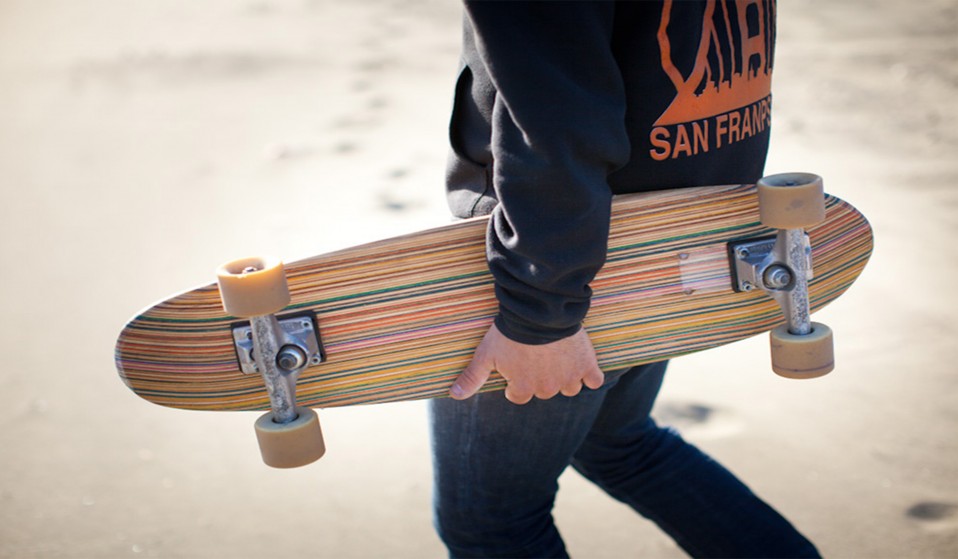 George Rocha’s upcycled skateboards are his way of giving back.

Huck’s Fiftieth Anniversary Special collects lessons learned and creative advice from fifty of the most inspiring people we know. Each day we’ll be sharing a new excerpt from the magazine. Today, Iris Skateboards founder George Rocha explains why you have to give to receive.

Inside the workshop George Rocha built from scratch in San Francisco’s Outer Sunset neighbourhood stands a tall stack of grubby old decks. Originally from Rhode Island, George has found a niche for his company Iris Skateboards in the city’s foggiest, saltiest corner, where thirty-odd artisans like him have been swept up in the maker movement. With neighbours like the Ocean Beach surf crew, fellow maker Danny Hess, and the folks at surf shop San Franpsycho, George has a community he can call on for R&D as well as a springboard for getting his products out into the world.

The biggest lesson he’s learned in this whole DIY renaissance is that you have to give to receive. He donates rideable boards to local kids hanging around the park and to organisations like Skateistan.

“They brought skateboarding to Afghanistan in their own way, bringing it to a part of the world where girls aren’t supposed to skate. That’s inspiring. It’s breaking social and gender barriers, and at the most simplest form it brings happiness in a difficult part of the world.”

For George, skateboarding has always been a way of life. And he’s not about to let that change by worrying about bottom lines.

“I would like it to grow, but I’m not really looking for any sort of an empire. You have to stay true to your craft, don’t do anything unless it’s purely for the love, and the money will happen if that’s what you need. If you do it any other way, you’re not going to be satisfied.”

Linkedin
RELATED ARTICLES
OTHER ARTICLES
Following the release of his latest album God Don’t Make Mistakes, the rapper talks horror villains, police brutality and being unafraid to show his vulnerable side.
From the Yakuza to a biker gang, Bruce Gilden recounts capturing Tokyo and Osaka in the ‘90s.
The situation in Afghanistan remains dire, with many groups facing persecution at the hands of the Taliban.
The revered showbiz chronicler recalls his journalistic beginnings, documenting subcultural scraps in the ’80s.
Our new magazine is here, starring the inimitable Mitski. Order your copy now and join us on a trip around the world.
The author discusses her blistering new novel about history, revolution and queer love.