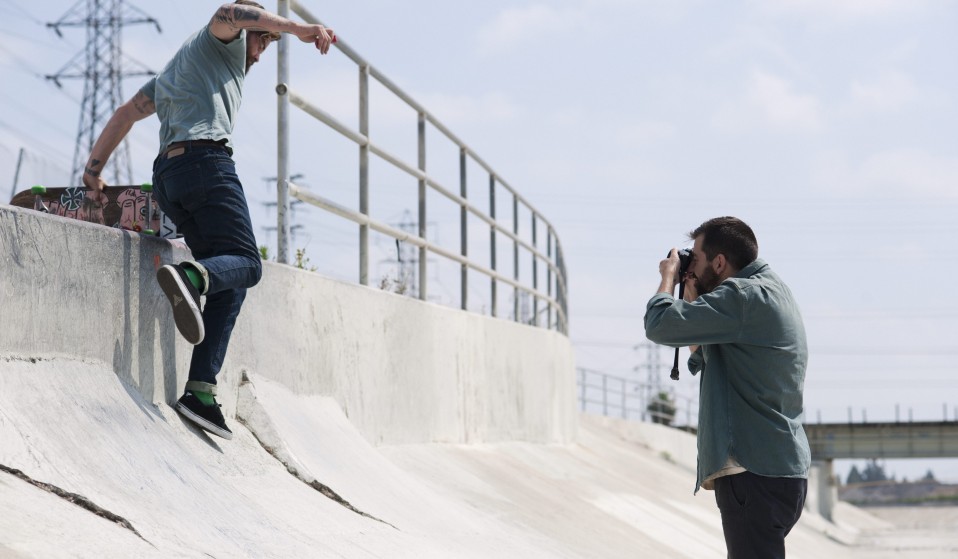 Ed Templeton gave a random fan the chance to become the visual voice of his skate brand, all because of two simple words: Fuck it.

Ed Templeton gave a random fan the chance to become the visual voice of his skate brand, all because of two simple words: Fuck it.

I’m two blocks from Toy Machine filmer Kevin Barnett’s apartment, grabbing a six-pack at the nearest liquor store, and there’s a Hells Angels sticker slapped on the wall behind the counter. No other stickers decorate the bare white walls, and no other motorcycle memorabilia occupies the shop. Just this lone sticker, front and centre. But it’s not tough-ass biker gangs that run the streets of Long Beach. It’s skateboarders.

“I feel like it’s growing every month,” says Barnett about the Southern California community he calls home. “You can feel the pull of skateboarding here. It’s palpable.”

And it’s true. Over the past few years, since Huntington Beach relinquished its title as the West Coast’s official Skate City, there’s been a steady stream of world class skaters migrating to the LBC. “Eighty per cent of skaters I know live within a two-mile radius of my house,” says Barnett. 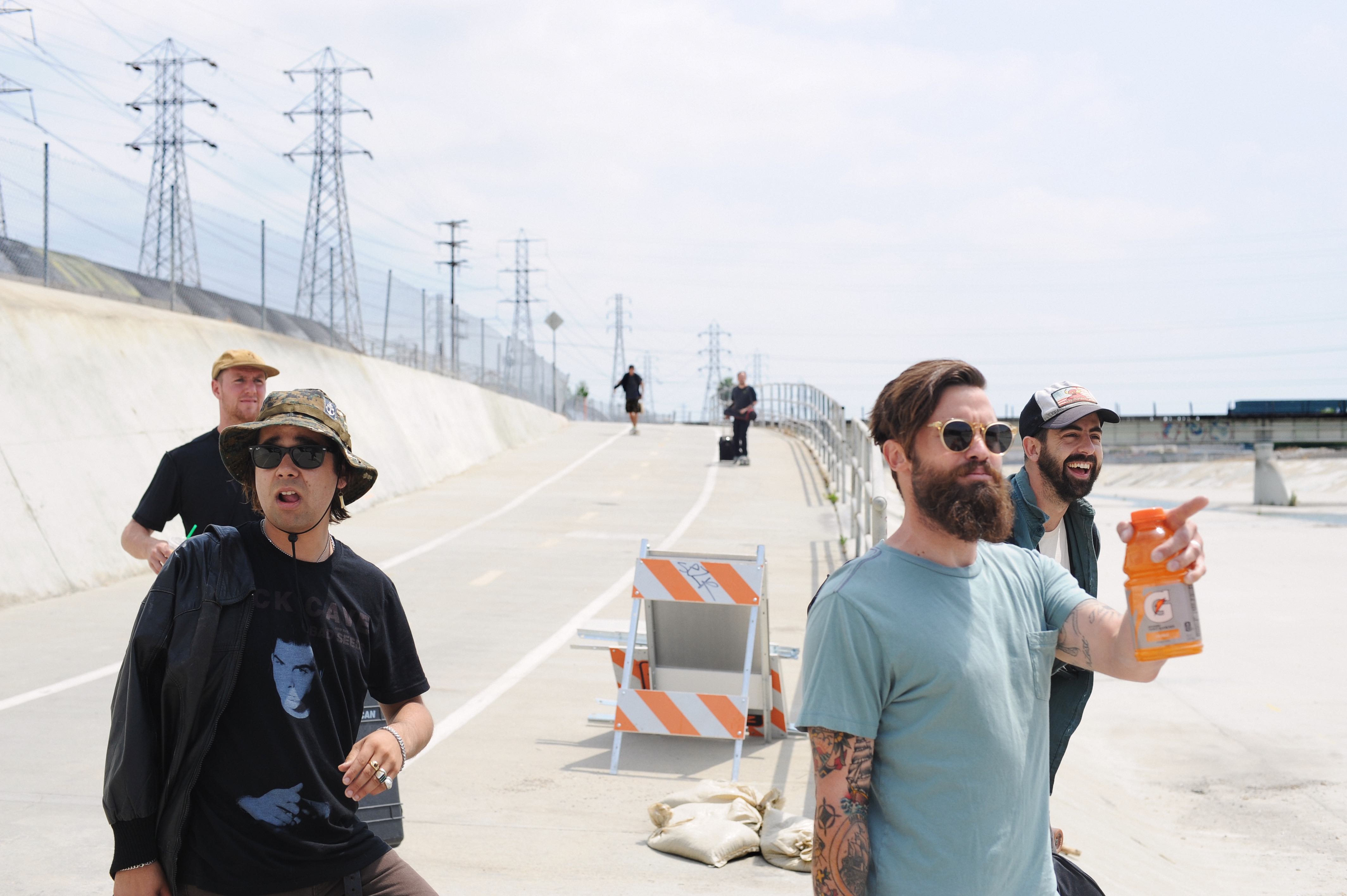 Sure enough, as we meet for dinner and drinks at a moderately upscale neighbourhood restaurant, we’re randomly seated two tables from Toy Machine pro Johnny Layton. (There’s nothin’ like a little splash of divine intervention to really drive a point home, eh?)

Being so close to his subject matter certainly makes Barnett’s job of documenting skateboarding all the easier; whether it’s Toy Machine pros like Leo Romero, Matt Bennett, or Collin Provost, Barnett’s just a quick skate away. But it wasn’t always that way. “I’m from the middle of nowhere – literally, right in the middle of the country. The most famous person to ever come out of Kansas is a whimsical virgin with a little dog who was bedevilled by a witch in a magical land. That’s the most famous person… besides Sean Malto. But I moved out of Kansas City before Sean.”

Looking more high-brow college professor than low-society skate rat – dressed in a button-down shirt with hair short yet unkempt, and a face sprouting a full beard – Barnett’s love for film was seemingly predetermined: “The first movie I ever witnessed was in utero. My mother and father went to see Alien. And at the chest-bursting scene, I was kicking, I swear to god.” He speaks about film with the articulate clarity of somebody who has devoted all 34 years of his existence to the critical study of his craft.

But how did an amateur, self-taught skate/film nerd from the middle of nowhere – without a fancy film school degree or high-end equipment, and with little to no real connections in the skate industry – find himself out West as the principal filmmaker for one of the most influential skateboard brands of the past two decades, responsible for directing nearly half of the company’s universally celebrated full-length film catalogue?

“I think with any artistic pursuit, there’s an inherent need to not fear failure,” Barnett explains, matter-of-factly. “For any accomplishment, you’re going to have to accept the risk of, ‘I could fall flat on my face.’ And I think that acceptance is the last phase before you say, ‘Fuck it, I’ve got to go do this.’ I think the most conscious I’ve ever been of that was when I moved out to California. Once you accept that success and failure are the only two options – I guess only a pussy turns around.” 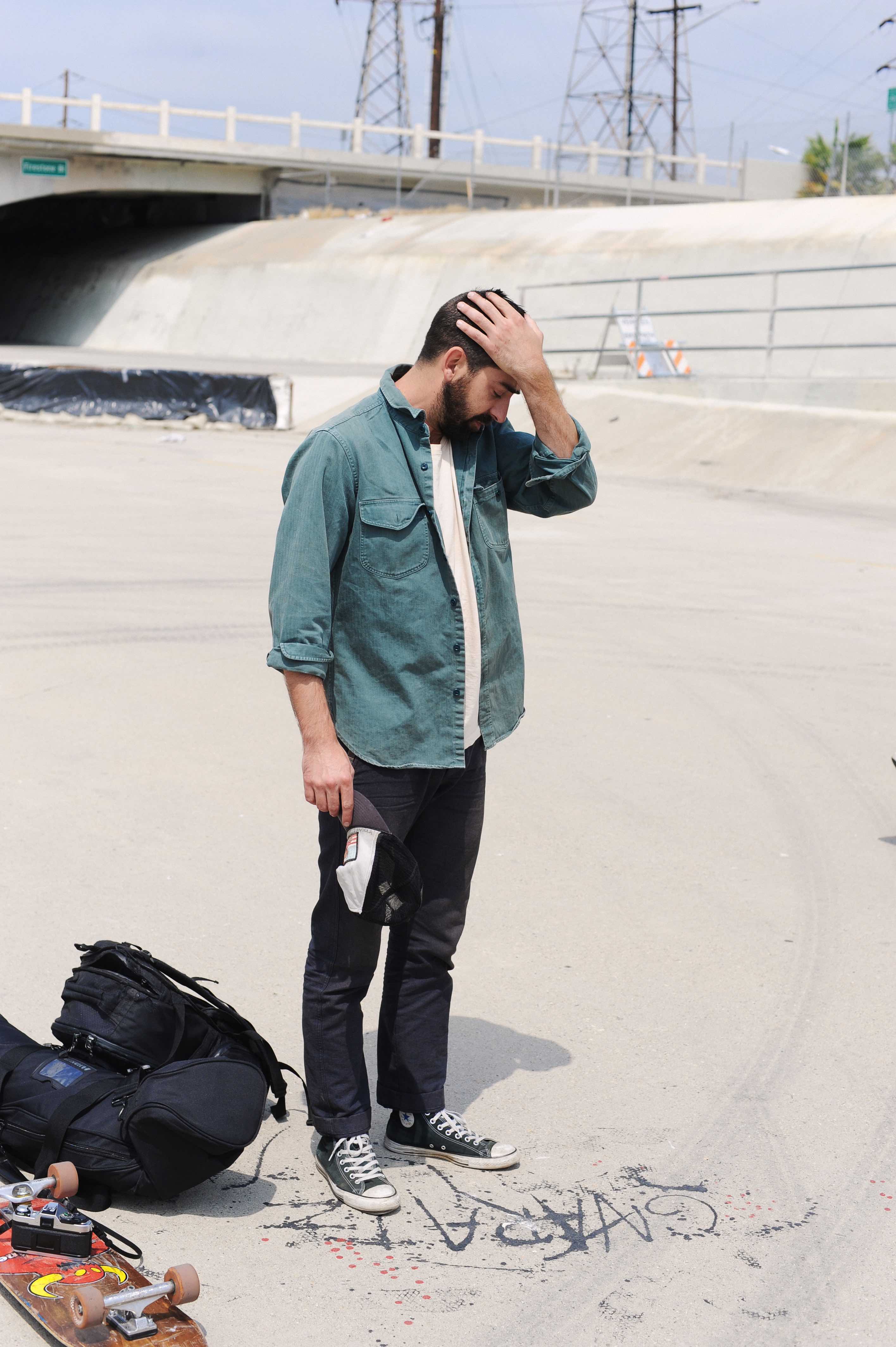 After serendipitously landing entry-level filming and editing gigs at the now defunct 411 Video Magazine and On Video production houses at the age of twenty, Barnett leveraged his position to meet and work with A-list skaters – namely Ed Templeton, whose worldview he had long admired.

“I had seen this interview in TransWorld, done by Thomas Campbell on Ed,” remembers Barnett. “It was the most expansive interview I had ever read, probably of any magazine ever. It was pages and pages of text, of Ed saying why he’s vegan, why he’s straightedge, what he thinks of America. He was saying all these things that I didn’t necessarily even agree with, but I loved the fact that someone was saying it, that someone had the balls to stand up and say, ‘This, not that.’”

Barnett’s eyes light up. You can tell these words had a profound impact on him, not just as a skateboarder, but as an artist and a human being. This was his teenage manifesto, and Ed was his cult leader. And from that moment on, Barnett would approach the world as Templeton does – by sticking to his guns.

As luck would have it, Barnett soon transitioned from distant admirer to tight-knit employee. In 2003, after discovering that the two shared like-minded perspectives on skateboarding, Templeton invited Barnett to serve as the sole filmer on a Toy Machine road trip across the United States. Barnett’s job was to document everything for a short tour video: hit the road with the team, skate a few demos, do some signings, mob street spots when time permits, and capture it all on film in the artsy cool- but-detached signature Toy Machine style. The end result was Berzerker, Barnett’s first major take on skate filmmaking, and the start of his decade-long career with Toy Machine.

While he cringes at the thought of re-watching his Toy Machine debut, because “taken objectively, I’ll just see the mistakes,” the tour video – and Ed in particular – taught Barnett way more than the mechanics of operating a camera. “There’s a period of suck you have to go through, and that everyone has to go through. People want to be prodigies. They want to look at something and magically become the best. And I feel like that’s not how life works,” explains Barnett. “I think Ed just understood the creative process, and he wants to foster it in others. I think he saw that I had the ambition and potential to take those steps. More than wanting to fill in and paint by numbers, I wanted to have a take on the video and on Toy Machine itself. The tour video was sort of ‘show me what you got’.”

Today, Ed is much more than a boss. He’s also the lead subject of a full-length documentary called Strange New Feelings that Kevin spent five years gathering footage for (“It’s finished when it’s finished”). “I’ve never made a narrative feature where I have a script. And so I’ve really tried to sharpen my mind and my eyes as an editor. A good amount of that comes back to Ed,” Barnett explains.

“I’ve always tried to let the process of accumulation inform the concept. I think that’s the root of documentary. You don’t know what you have until you have it. I’ve seen how Ed shoots as a photographer. He shoots everything. He’s like a fucking eight-headed sprinkler of cameras and arms and directions. He’s twenty paces ahead of everybody, shooting everything. Am I that expansive? Not really. But do I let things breathe until I figure out what I’m doing? Yeah.”

Like Ed’s own work, Barnett’s is polished and full of intent, but still spontaneous and raw. It strives to document and channel emotion above all else – to transform the ordinary byproducts of teenage boredom into extraordinary works of art. “At least 75 per cent of any clip to me is feeling. Is it simple and can anyone do it? Maybe. But does it feel good? If so, I’ll throw it in. [If the audience] feels that same emotion, they feel it forever in a way they can’t be undone.”

And while Ed and his skateboard company have been largely responsible for guiding Barnett’s path as a filmmaker, there exists between them a mutual respect and trust in each other’s creative sensibilities. “Every video since Good and Evil [2004], Ed’s been less and less involved. And maybe that’s indicative of his trust in me, and his willingness to hand over a side of the brand to someone else. It’s still Toy Machine, but it’s my version of Toy Machine,” says Barnett.

It’s with this self-awareness – a lot like the self-awareness Ed showed in that Pro Spotlight interview in TransWorld – that Barnett tackles his work in and out of skateboarding, whether for Toy Machine and Ed Templeton, Hurley, Dekline, The Berrics, or personal projects for the likes of legendary skate pioneer Craig Stecyk, with whom he has an ongoing creative partnership.

“Every project brings a certain amount of eyeballs,” he explains. “What are you going to do with those eyes? Are you going to say nothing? The worst thing you could be in the world is milk toast – a lukewarm milk toast motherfucker. Fuck that. Say nothing? Who wants that?”

After all, what good is a voice if it’s not being used?

This article originally appeared in Huck 45 – The Ed Templeton Issue. Subscribe now to make sure you don’t miss another issue.

Linkedin
RELATED ARTICLES
OTHER ARTICLES
After building his reputation covering the US civil rights movement in the 1960s, the photographer went on to produce some of the most enduring images of the past century.
A new exhibitions brings together the work of photographers who documented the deep unrest of these pivotal decades.
At his West Bank restaurant, Fadi Kattan established himself as the voice of modern Palestinian cuisine. Now, he’s bringing his innovative, bold flavours to the UK’s capital.
Theo McInnes’s photos of the annual event provide an intriguing snapshot of contemporary Britain.
AI companies that develop image-generators using copyrighted artwork from the internet are coming under fire from artists who say that it amounts to theft.
A recent High Court ruling against the right to wild camp in Dartmoor National Park sparked the largest land protest in history – and campaigners say their fight is not over yet.