Outdoor / Skate / The indie board-builders bringing DIY back to skate 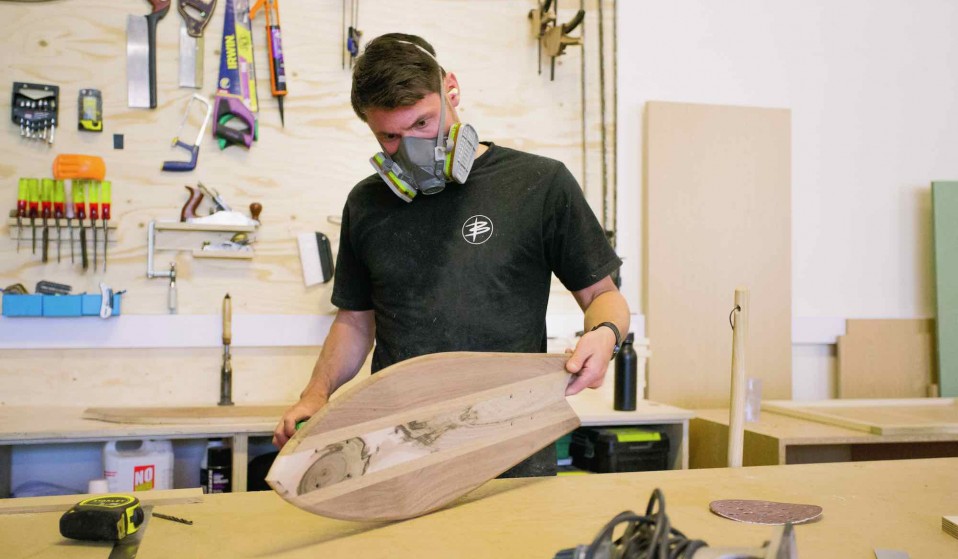 After growing tired of the mass-produced plastic boards dominating the industry, three Bristol-based friends founded Backbone: a company bringing craftsmanship and surf culture back to skateboarding.

After growing tired of the mass-produced plastic boards dominating the industry, three Bristol-based friends founded Backbone: a company bringing craftsmanship and surf culture back to skateboarding.

“It started in college,” explains Sam Hunt, co-founder of the Bristol-based Backbone Skateboards. “I finished my [furniture making] work for the year and I had loads of time, so I made a skateboard. My tutor loved it.”

Hunt, along with his friends Fred Loosmore and Jake Ponting, started up Backbone in 2015, in response to a market that was oversaturated with mass-produced, fashion-focused plastic boards. Hoping to bring skating back to its roots, the group took their influence from the origins of skateboarding, noting the Zephyr Skate Team in the mid-’70s and their surf-influenced style.

For Sam, Jake and Fred, supporting independent skateboarding and DIY culture is their main priority. “It’s my life,” Jake says, with a laugh. When skating they’re always thinking about how they can make their boards better (a current project being worked on in the workshop now, for example, is exploring how to give their boards a kick tail).

Though their passion runs deep, for Backbone it’s not all a breeze. The group admit to having a hard time finding their target market. However, there’s no desire to change what they’re doing, and they stress that they want to avoid mass production and keep it handmade. “We’re not equipped to the masses,” Jake says. “We never really made the company to make money. It was all about getting enjoyment out of it, and we still are enjoying it after four years. It’s more of a hobby that we get to share.” 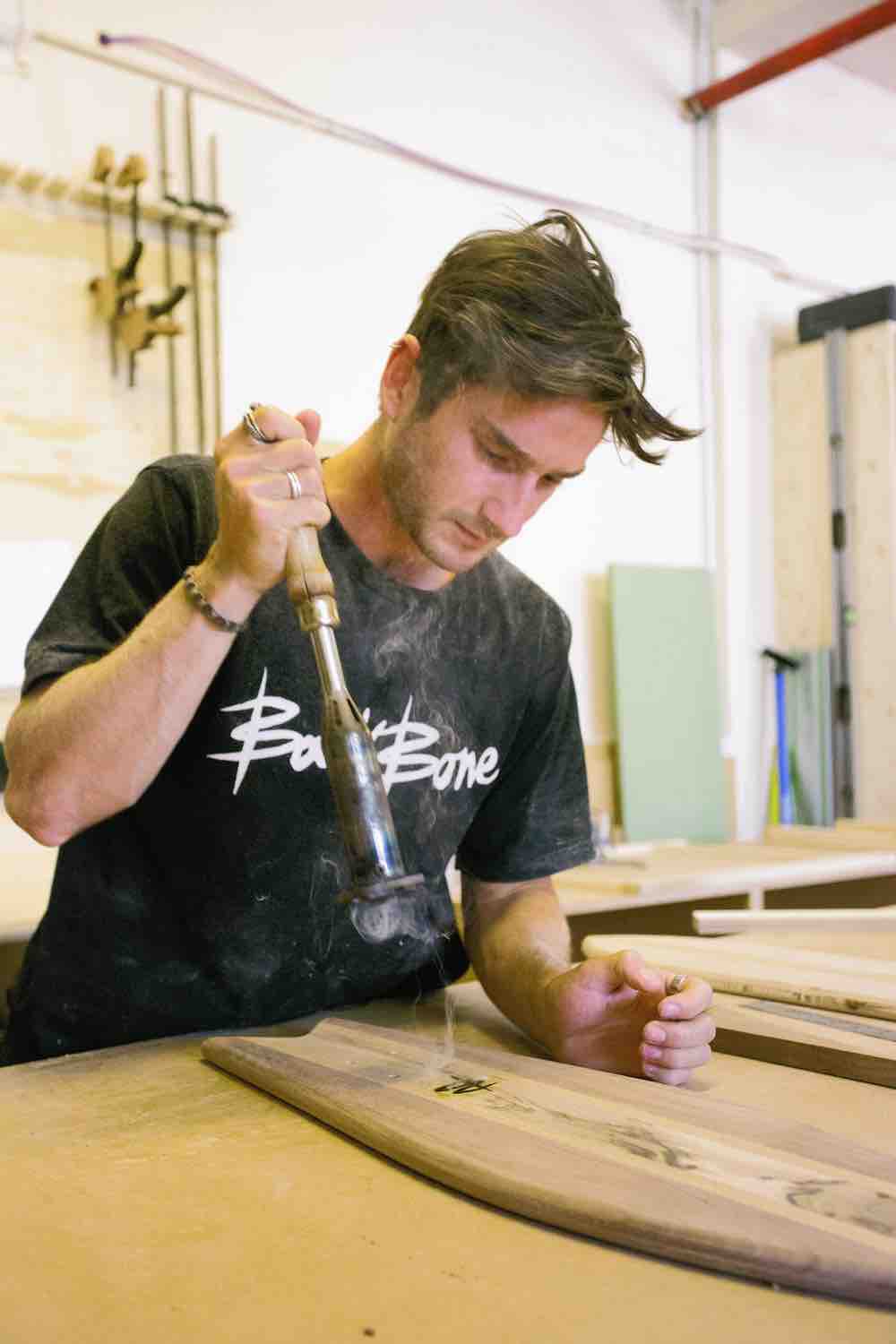 HOW TO GO DIY AND BUILD YOUR OWN SKATEBOARD

YOU DON’T HAVE TO GO IT ALONE

“Find some mates who want to get involved in what you do. Three of us work on Backbone in our various roles. Starting a business with your mates that you have passion for can be one of the most rewarding things you do.”

“Get out there and tell people what you do! Be proud of what you do and never be scared to ask for advice. The best things that have happened to us mainly happen from just chatting to people.” 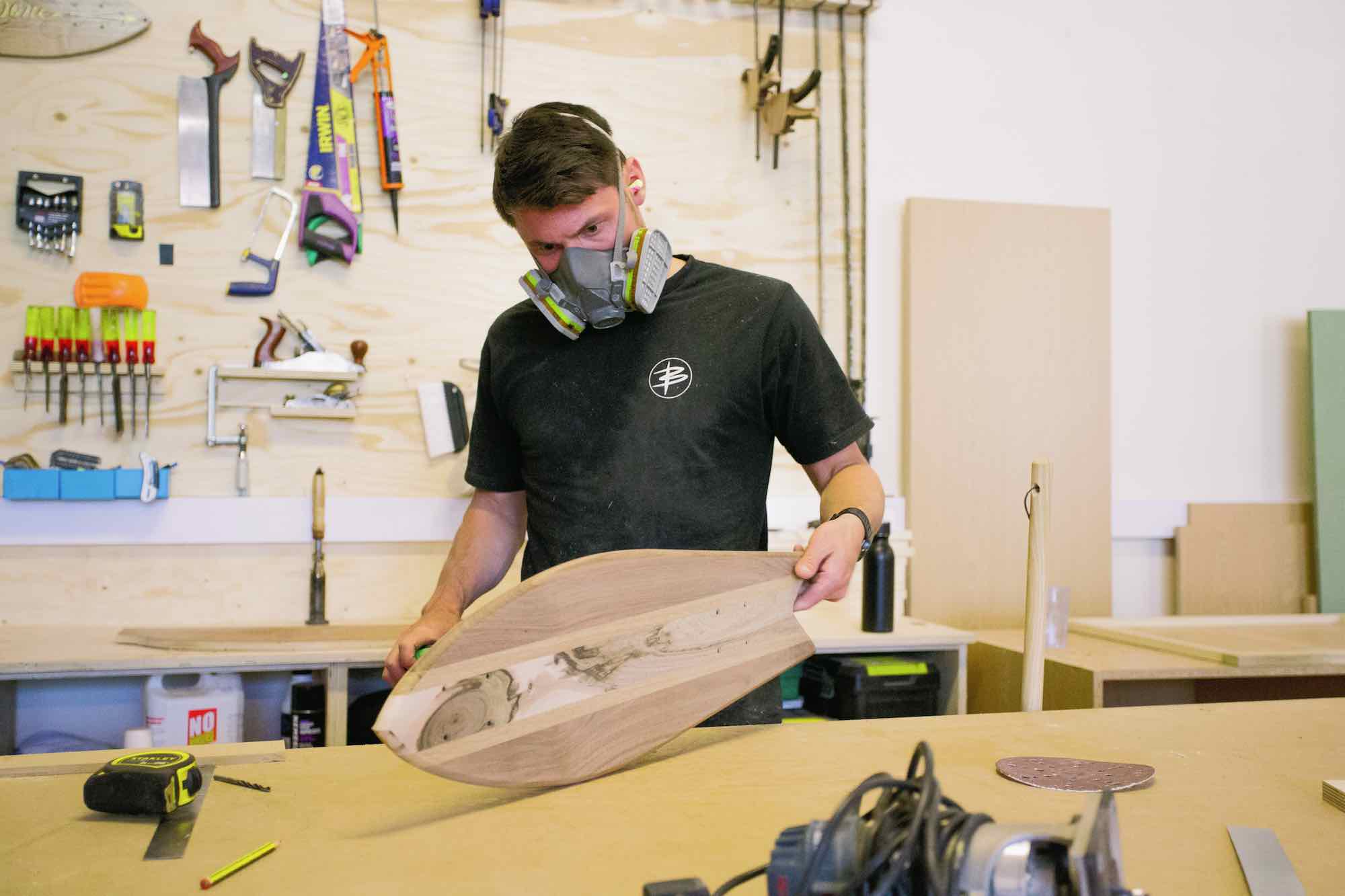 “Settle for good enough, not perfect. Sometimes its hard to know when to release something that you’ve invested so much time into. Even when you’re getting great feedback from people. We can’t tell you how many times this has happened to us and we’ve ended up wasting time trying to correct a perfectly good product.”

“We spent a full year designing, making, testing our boards before we went live. We also spent this time developing content for social media, getting advice and feedback from people. The point is that the we feel it’s really important not to rush the initial stages of your business. However it’s also important for this not to get out of hand and break no.3. There is a balance!”

“If you have passion for what you do, your product will reflect that. It won’t always be easy but it will always be rewarding.” 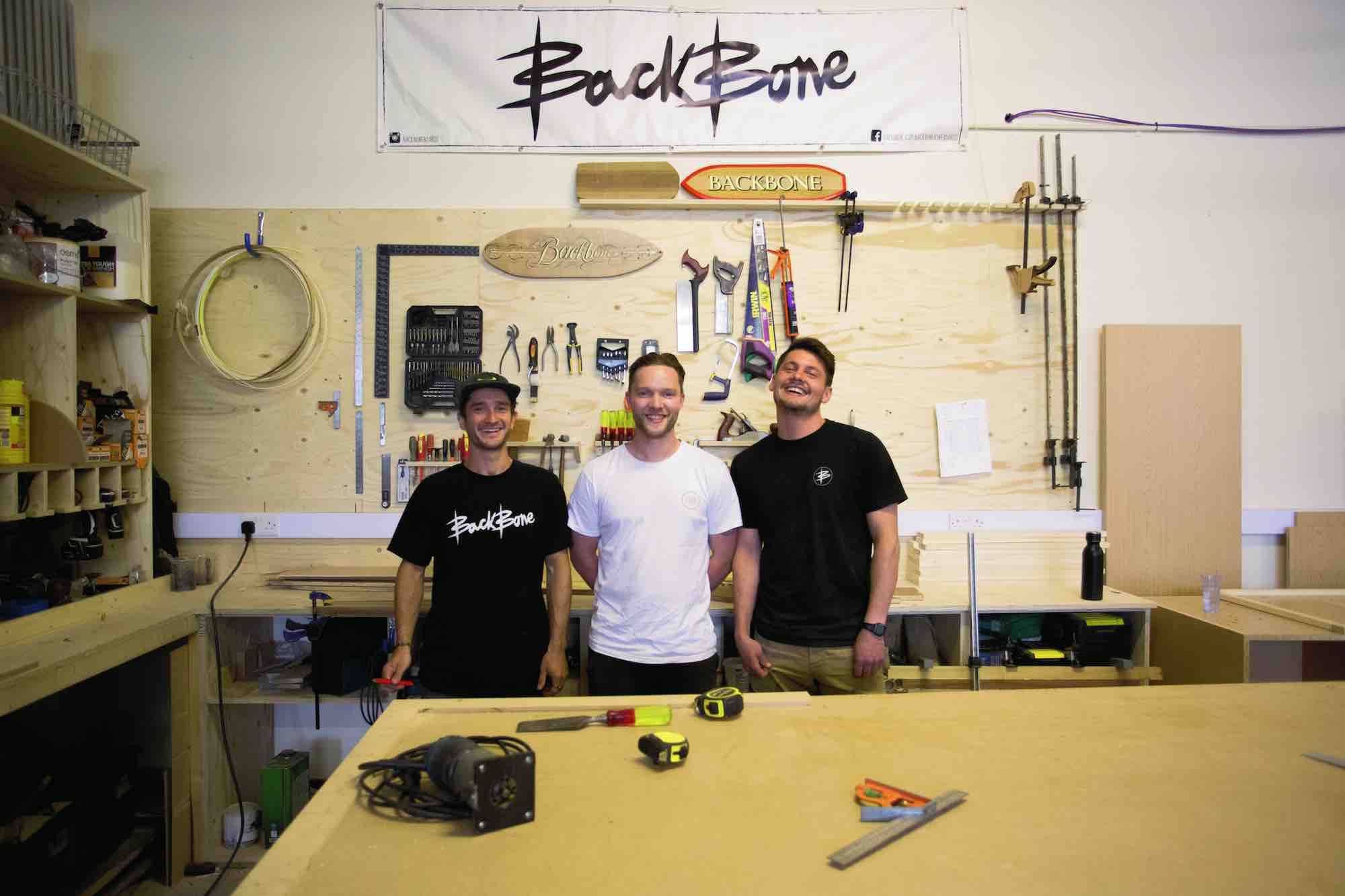 Linkedin
RELATED ARTICLES
OTHER ARTICLES
Jermain Cikic reflects on his experience of visiting the island of Samos, Greece, in the summer of 2021.
Photographer Alice Mann reflects on capturing the camaraderie and discipline it takes to succeed in a highly-competitive sport.
The musician, DJ and founder of Monika Enterprise reflects on a career defined by revolution and rule-breaking.
In 1984, Martin Shakeshaft set out to document the miner’s strike as it really happened, using his photography as a tool for activism.
A new book traces the legislation’s tumultuous history and the lasting impact its had on LGBTQ+ activism today.
From the queues outside to the last ones standing, Francesco Mellina’s new photo book follows a night that has gone down in the Northern-Soul history books.