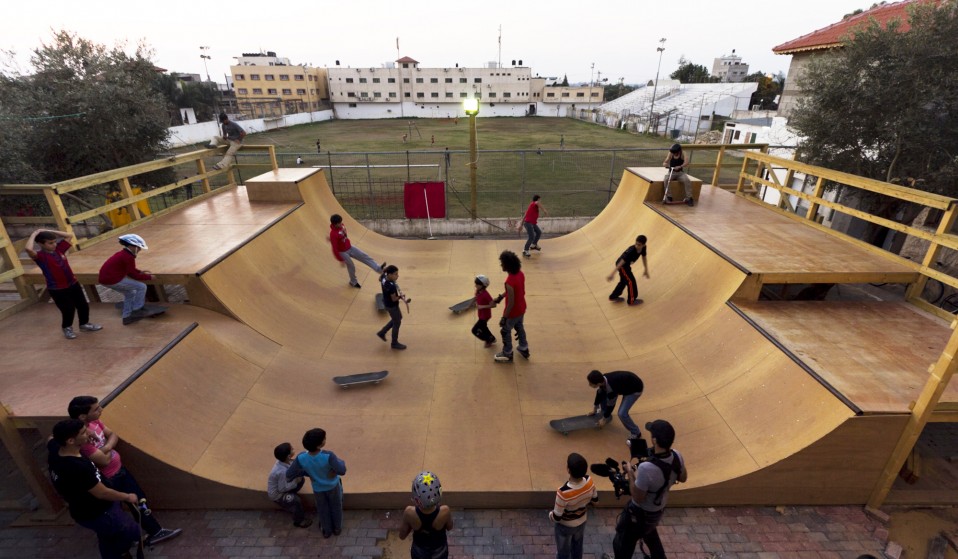 Situated on the West Bank of Palestinian territory, Qalqilya is a city surrounded by walls. Within this confinement though, SkateQilya is offering a place for a new generation of skateboarders to explore artistic expression.

Situated on the West Bank of Palestinian territory, Qalqilya is a city surrounded by walls. Within this confinement though, SkateQilya is offering a place for a new generation of skateboarders to explore artistic expression.

“We love skateboarding, not because we’re skaters, but because we now recognise the power of sports like these as an outlet,” Adam Abel, co-founder of SkateQilya, tells me over the phone. In just eight days until he’ll be heading out to Palestine to meet up with his business partner and friend Mohammed Othman.

Abel and Othman met in April of 2011. Abel, a New York based artist and filmmaker, learned of the Palestinian town of Qalqilya‘s underground skate community when visiting the West Bank, which was bubbling to the surface of a city characterised by soldiers, barbed wire and 20-foot concrete walls. Soon their meeting led to Othman and Abel establishing SkateQilya – a skateboarding project in the town. 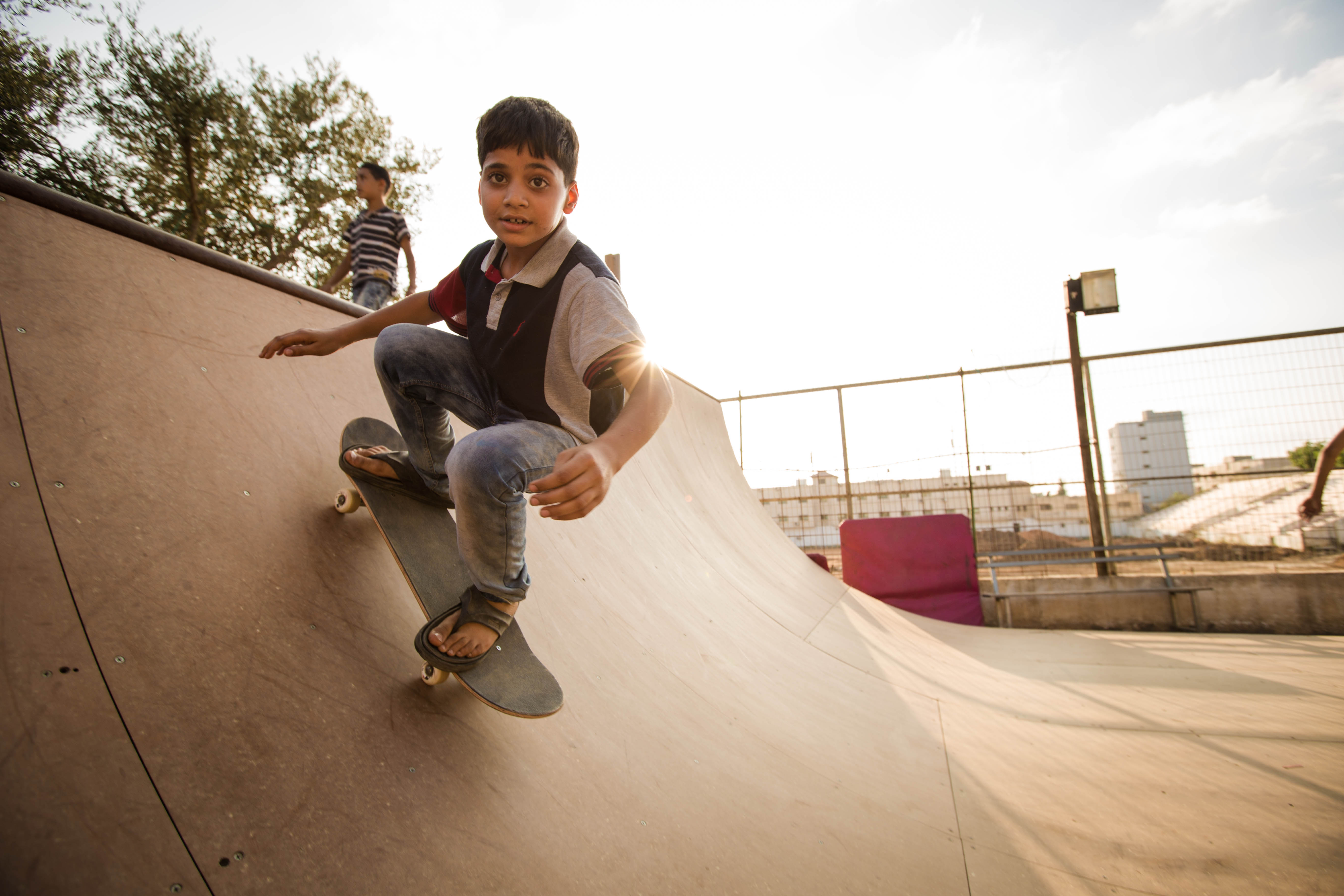 “It’s a new thing in Palestine. When me and Adam met for the first time it was for a political tour. Adam mentioned there were skaters in the city and I was really surprised to hear that,” says Othman, who is a political activist in Palestine.

In 2011, Abel and Othman met Sajed, a local skater at the forefront of this marginalised culture. Through Sajed they learnt of a developing artistic community in Qalqilya, from free runners to beat-boxers, all working together to transform the Western perception of Palestine as a state of unrelenting terror.

“I know everything about that city; every corner, every street, but I’d never seen them,” Othman tells me. “When we saw what kinds of challenges they face every day; not being able to skate in the streets, being harassed by the public, being humiliated by society, we decided to make a documentary about these people and the building of a skate ramp.” 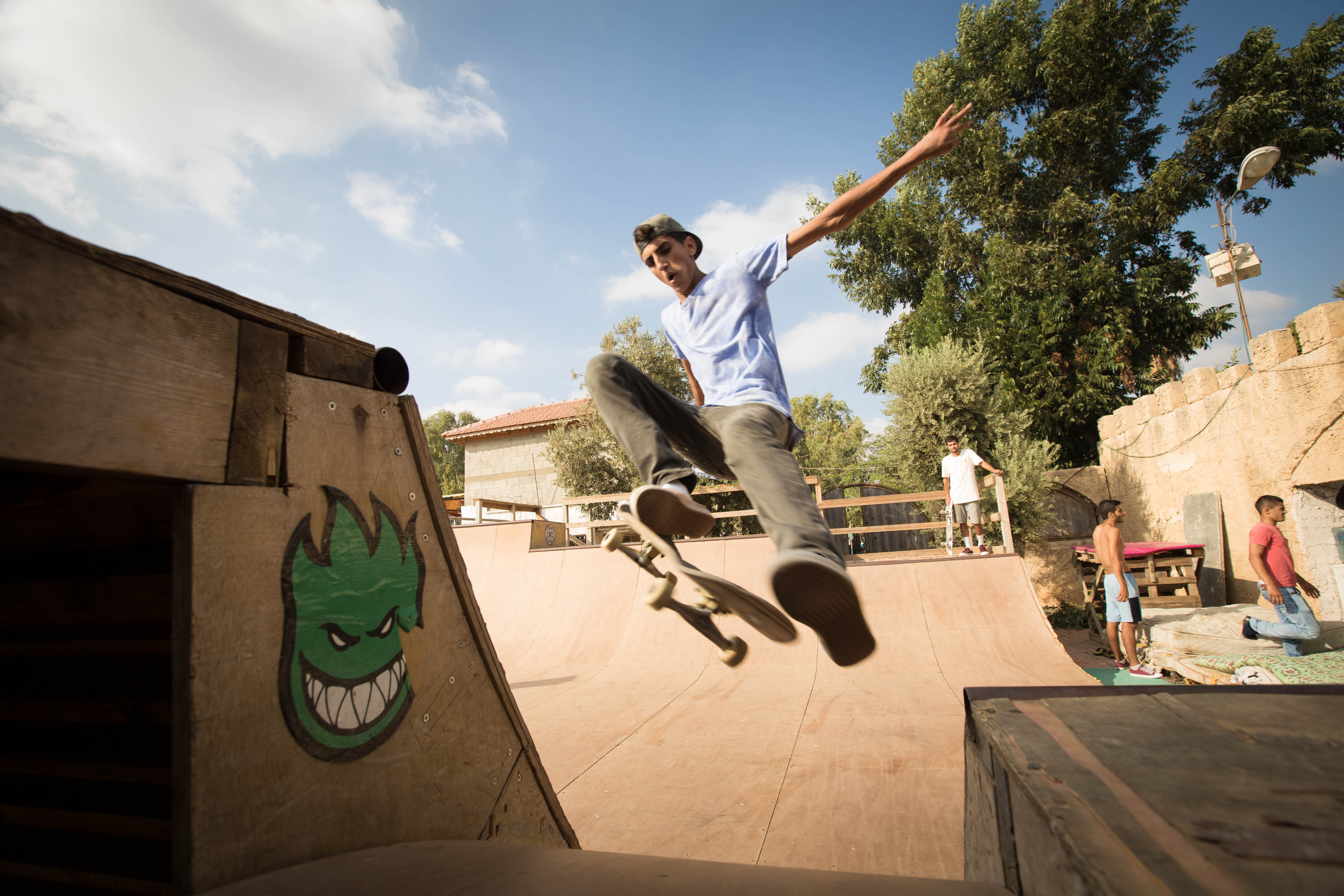 After receiving funding from Tashkeel, an Emirati organisation, and with the help of professional skaters Kenny Reed, Brad Kirr, Brian Patch and Dave Duncan, SkateQilya was established, and they set out building the city’s first skate park, documenting the project every step of the way.

“The theme that this film is focussed on is that in very few places in the world do you find parkour guys working together with skaters, who’re also working together with beat-boxers and the hip-hop community,” Abel explains to me, riffing about their documentary that’s set to be released in 2017.

“I dare anybody to show me a group who’re doing those things together in an organised way. That’s what is unbelievable about what we saw. It’s inherently Palestinian to do things together as a community, as a marginalised group working together towards empowerment.” 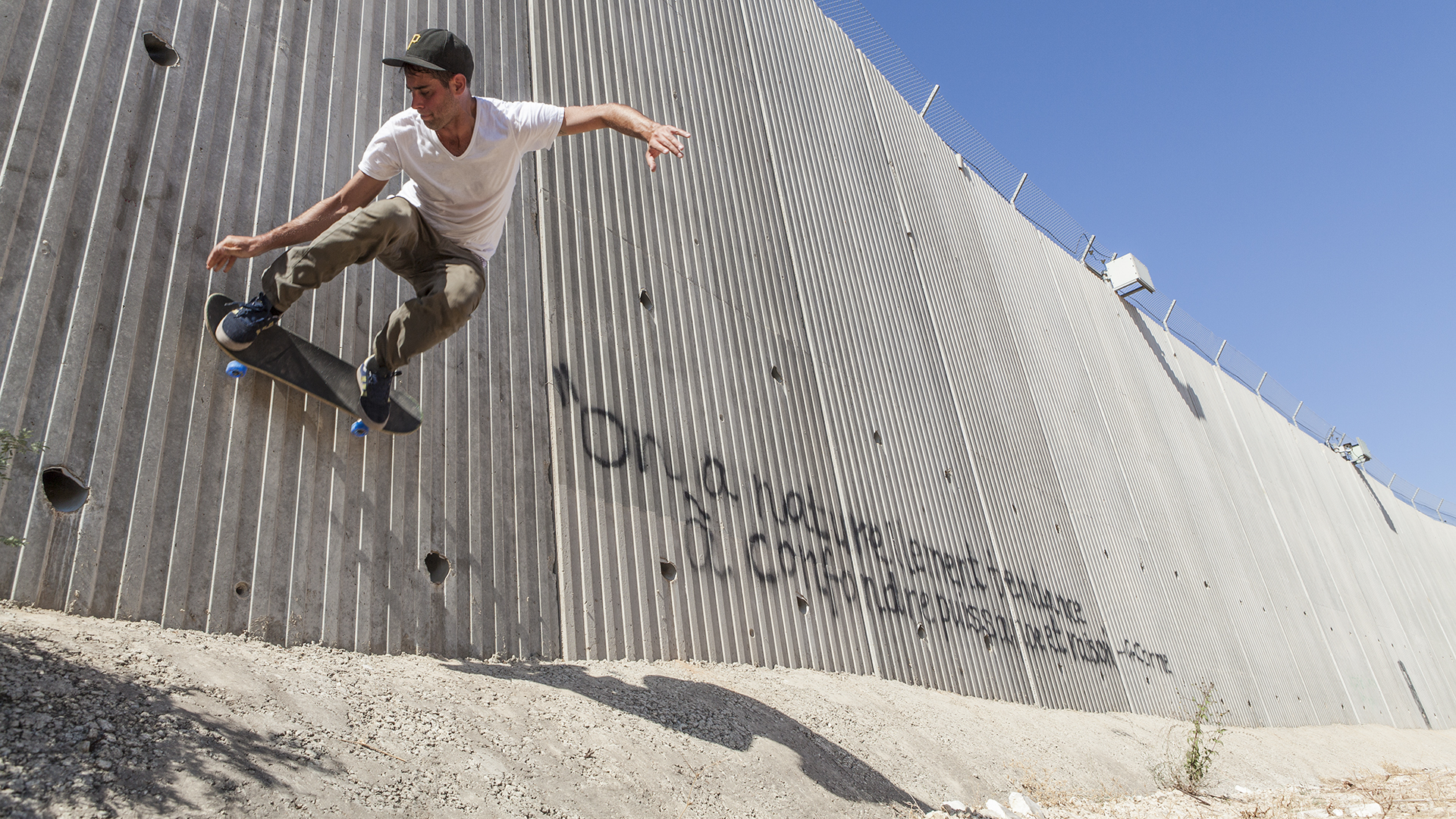 By the end of 2013, Qilqilya had it’s very first skate park, and despite this triumph, Othman and Abel couldn’t help but feel this was only the beginning of a much project they were looked set to embark on together.

“Qalqiliya has one park and it’s in a zoo. The whole city is surrounded by a wall, cut off from all its farming land. The idea of having a safe space to play is a difficult thing to achieve, so having skate parks in the West Bank like we do in Qalqilya is monumental. It mirrors what happened during the rise of skating in the US,” says Othman.

“We’re talking about the Dogtown and Z Boys of Palestine. This is 1970s United States,” Abel adds. “I don’t want to use that as a reference towards going backwards or forwards, but in terms of skating, as a kid growing up in the 80s I remember skaters as these gnarly dudes who were counter-cultural, had crazy hair cuts and stood as a symbol of what is ‘different’. That’s kind of what’s happening in Palestine, but because of the internet it’s progressing so much faster.” 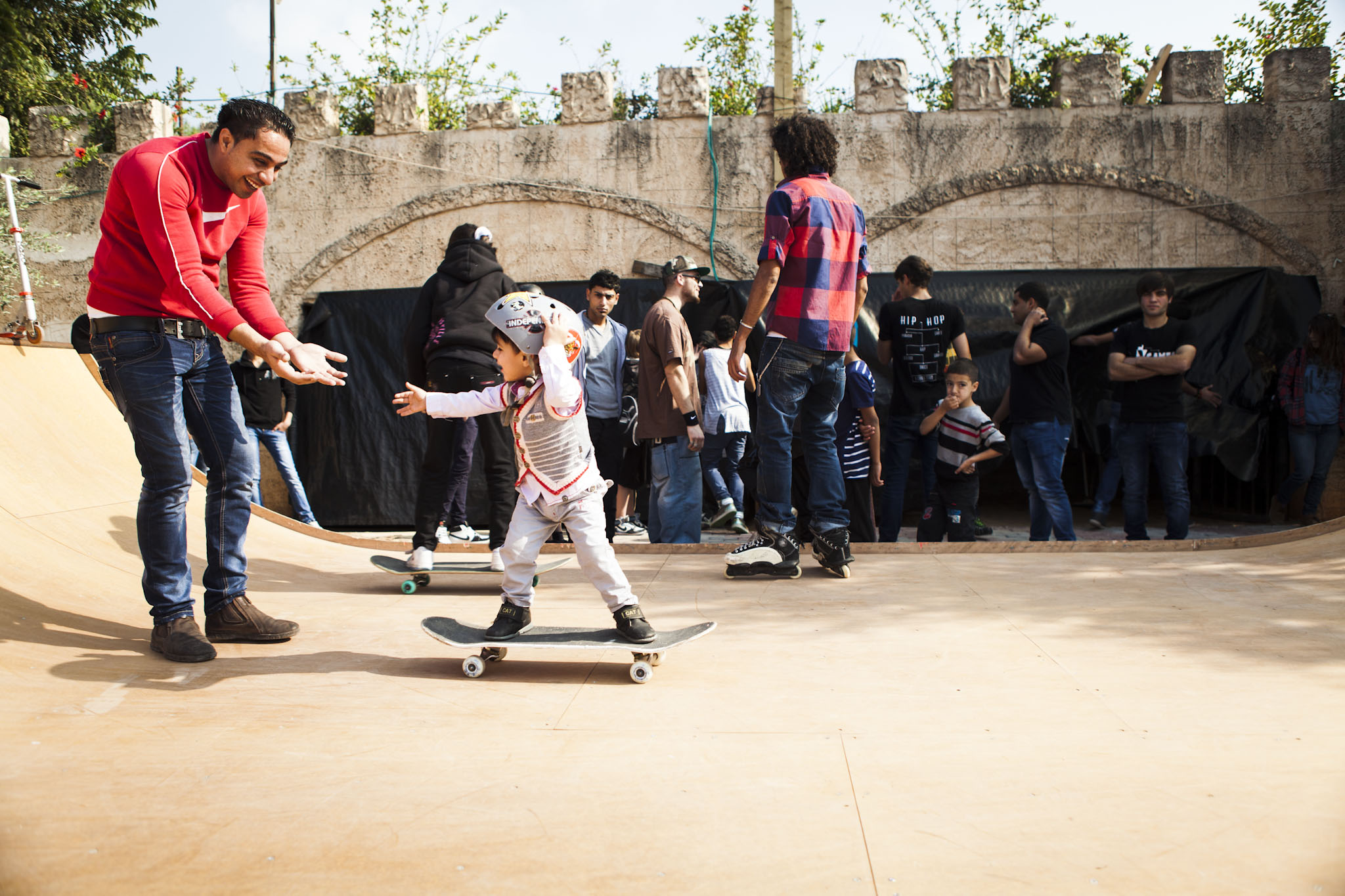 Abel and Othman became curious about this burgeoning culture still in its infancy. They had witnessed a generation living in this city marred by civil and international conflict, finding their voice through alternative expression. Abel goes on to explain their vision to me.

“Earlier this year, we recognised [the skate park] needed renovations. Within a couple of minutes, Mohammed and I asked ourselves, ‘Why are we just thinking about fixing the ramp, let’s use this as an opportunity to run a dynamic programme that can empower the group.'”

“We designed SkateQiliya in two parts; the first part is a three week summer camp from the seventh to the twenty-fifth of August, that’s the ‘Summer Intensive With Kenny Reed’. The idea is that the summer intensive will enable a more peer-to-peer work environment for the workshop in part two. Part two is a 4-month programme in the fall, meeting once a week and ran by Mohammed. Right now we’re down to the wire, just to raise enough money for part one.”

Seven days before their first workshop, Abel and Othman find themselves $5,000 short of their $22,000 target.

“Skating is just a container, there’s photo and video courses and Mohammed will be running a leadership and community curriculum. We’ll be running field trips and engaging with the youth from other cities.” 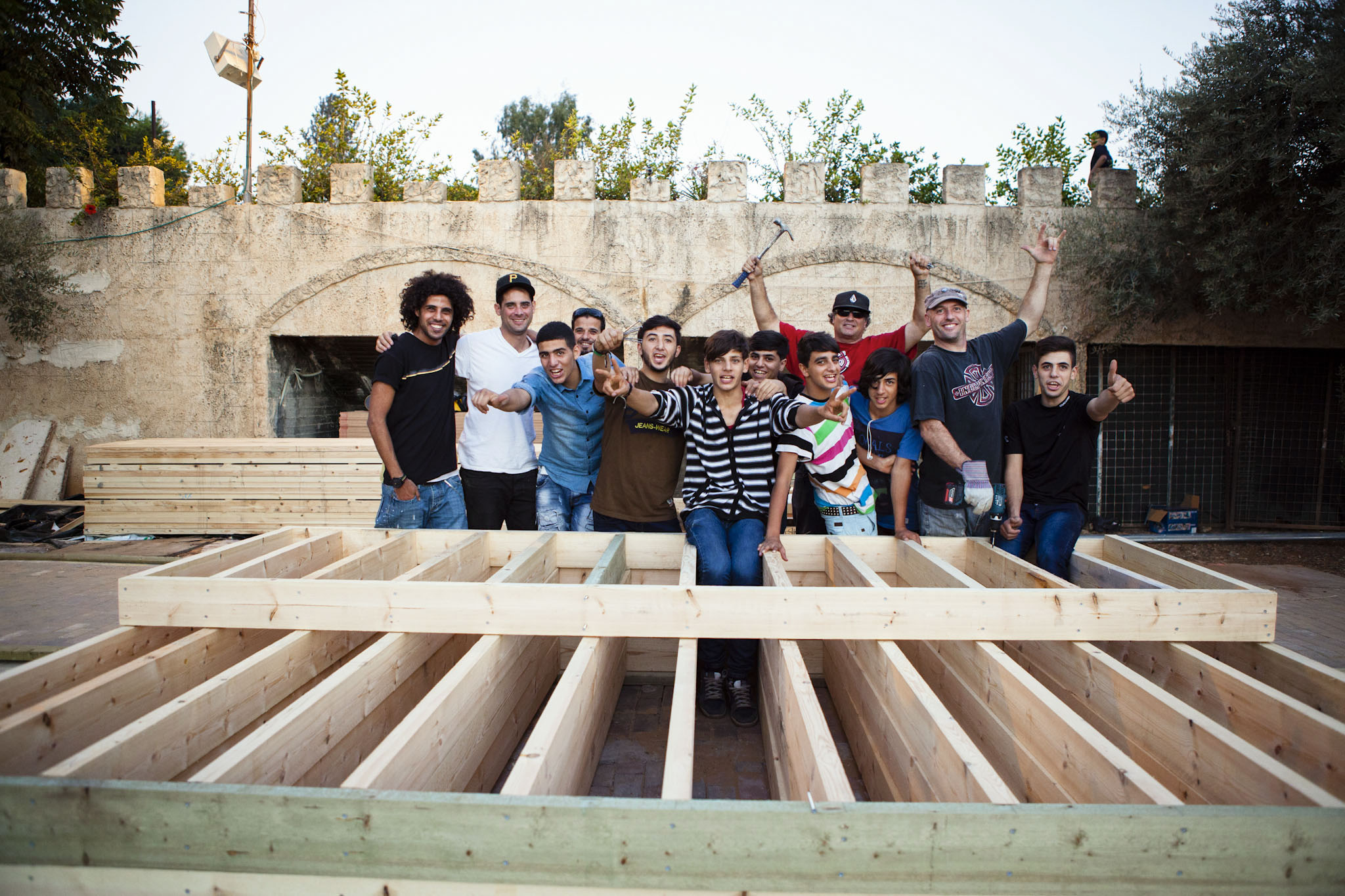 Abel and Othman’s unwavering commitment to Qilqilya’s grassroots movement is an ambitious endeavour but one they have found a firm future in, a future which they hope to one day hand over to the citizens of the city.

“We want this to be sustainable and we want it to be Palestinian-run. We wanted to speak to that and encourage skaters around the world to get involved. Even a dollar. It goes so much further than you think.”

Linkedin
RELATED ARTICLES
OTHER ARTICLES
In the wake of the decision by the supreme court to overturn Roe v Wade, thousands of protestors filled the streets to express their rage and anguish.
With inflation now at a 40-year-high of 9 per cent, demonstrations organised by TUC took place to demand action from the government.
Curator Antoine de Beaupré discusses his immense record collection and what it tells us about the intersection of music, photography, art, and commerce.
The author discusses the all-consuming nature of heartbreak, and turning the experience into an incisive exploration of love and loss.
Photographer Bruce Gilden discusses his series documenting the overlooked factory workers, labourers and other people residing on the margins of English society.
Proposals to introduce a minimum GCSE threshold for student loans will disproportionately affect those from marginalised backgrounds.