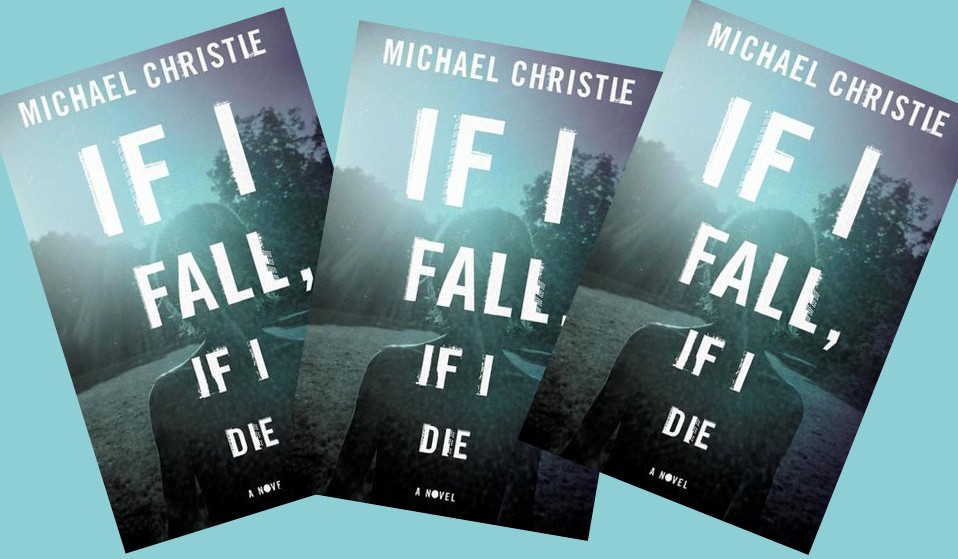 The best novel I’ve ever read about darts is Martin Amis’ London Fields. Which isn’t really about darts at all. Sports, or subcultures, don’t really make great protagonists – but as backdrops, or plot drivers, for wider stories about hopes, dreams, losses and falls, they can be wellsprings of inspiration.

So darts has its London Fields, maybe horse racing has its The Kentucky Derby is Decadent and Depraved, and now skateboarding has If I Fall, If I Die, a personal tale about the trials and tribulations of growing up in suburban Canada and trying to work out your place in the world.

The debut novel from former Color Magazine (RIP, Long Live Print!) senior editor Mike Christie, If I Fall, If I Die, focuses on the experiences of 11-year-old Will Cardiel (a nod to Sacramento’s finest perhaps?) as he attempts to fly the nest – an intense space where his single mother is pretty much imprisoned by agoraphobia.

Will’s skateboard becomes his ticket out – a familiar motif in skateboarding’s transformative history – and his journey through childhood is captured in a moving and lyrical clarity.

We caught up with Mike to find out more.

Where did the idea for the book first come from?
My mom was agoraphobic when I was growing up, so it was always something I wanted to write about, especially after she died in 2008. And I also have always wanted to portray skateboarding in a way that didn’t trivialise it or make it seem dumb and ‘extreme’. There is so little skateboard-related art that is actually good out there (MVP 2 anyone?), and I guess I just wanted to take a shot at doing it justice. Also, I’ve always loved coming-of-age novels, and adventure novels as well, and this book was kind of a fun way for me to meld a whole bunch of my influences together into one big buffet of words.

If writing about music is like dancing about architecture, how difficult is it to write about skateboarding? Are you looking for the human stories?
I’ve written for lots of skate mags, and was the senior editor of Color Magazine for a while, and in those places it’s totally cool to drop some skate jargon like “nollie backside tailslide” or “he kickflipped the bump-to-bar” into an article and assume that the reader knows what the hell you’re talking about. But not so much in a book for the general readership. So to do it, I focused on the moments when my main character was just beginning to skate (which were the most wondrous for me, anyway). The reader kind of learns along with the character, and I’ve got to say that hearing my literary editors now talking about ‘ollies’ and ‘disasters’ with familiarity is a surreal experience. Since the novel has been out, I’ve had people email to say that they look at skateboarding in a new, more positive light after they’ve read the book, which is rad.

The book deals with mental health issues – like agoraphobia – did you want to present them in a different light?
Movies and TV can show you what stuff looks like, but only books can really show you how something actually feels to experience. So I really wanted to give the reader a sense of what it’s like to have a devastating panic attack – what it really means to lose your shit in this way, and also what it’s like to live in the aftermath of it. To do that I did tons of research and read heaps of accounts written by people suffering from the illness. I think that anxiety and fear are really rampant in all of us these days (whether we’re agoraphobic or not), and I wanted readers to identify with my character Diane in a real way. Books allow us access to other people’s minds in a way that nothing else can.

Were you inspired by any other books? Which ones and why?
One book that really inspired me during the writing process was Fortress of Solitude by Jonathan Lethem. I always admired how he pulled comic books, graffiti and hip hop culture into the literary world and made them lyrical and beautiful. This book convinced me that I could do the same thing with another ‘low culture’ pursuit like skateboarding. Another big inspiration for this book was Great Expectations by Charles Dickens. It’s kind of the greatest coming-of-age story of all time, and also one of the first books without pictures that my mom ever read to me.

What would be the best reaction, for you, to the book?
What I like about novels is that they are these spaces you enter as a reader. It’s not a space where you’re taught anything (I always hated school because I couldn’t stand people telling me how I should think), but more like a place where you’re invited to consider some stuff on your own for a while. So yeah, I’d like the reader of my book to consider how scary it is to love someone, how wonderful and terrifying it is to be alive, how important our childhood friendships can be, how incredibly life-saving something like skateboarding can be for kids who are marginalised for whatever reason, then I’m a happy man.

If I Fall, If I Die is by Mike Christie is out now on Random House.

Linkedin
RELATED ARTICLES
OTHER ARTICLES
There is the man and the myth, the artist and the skateboarder. And the enigma that somehow binds it all.
The Boss has decided it’s time for a change. Now, having shaken off the shackles that have been weighing him down, he’s learning that the simpler life is, the better it gets.
Skateboarding's dark genius reveals the inner workings of his disenchanted mind, and why he swapped America for the life of a writer in France.