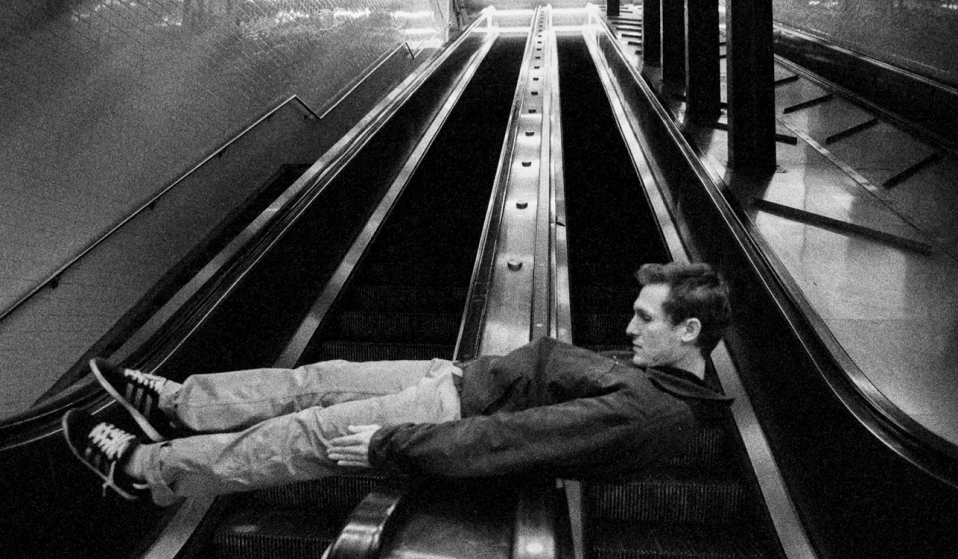 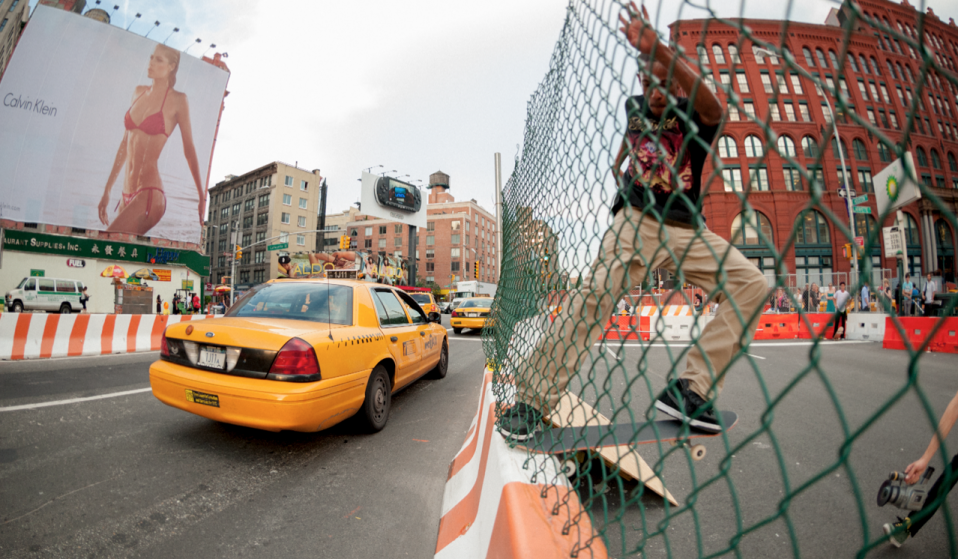 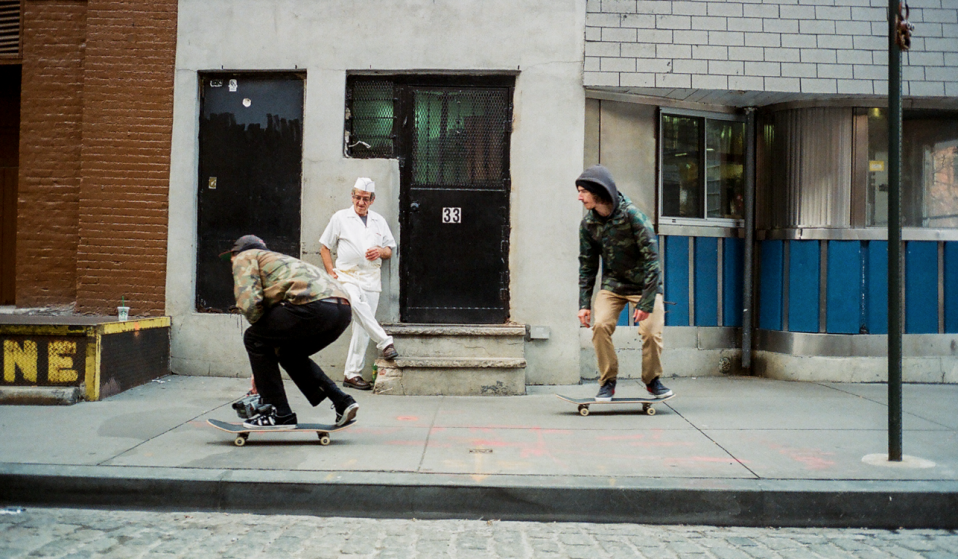 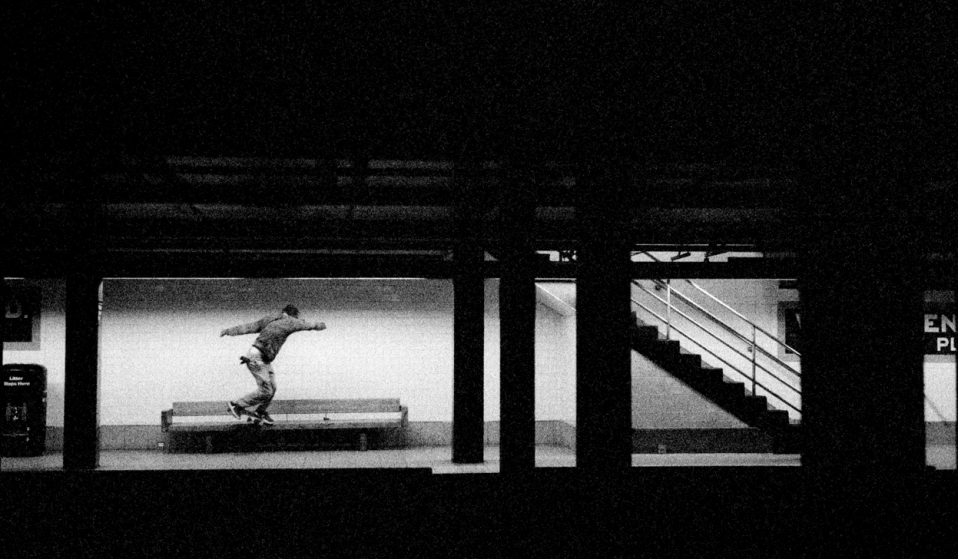 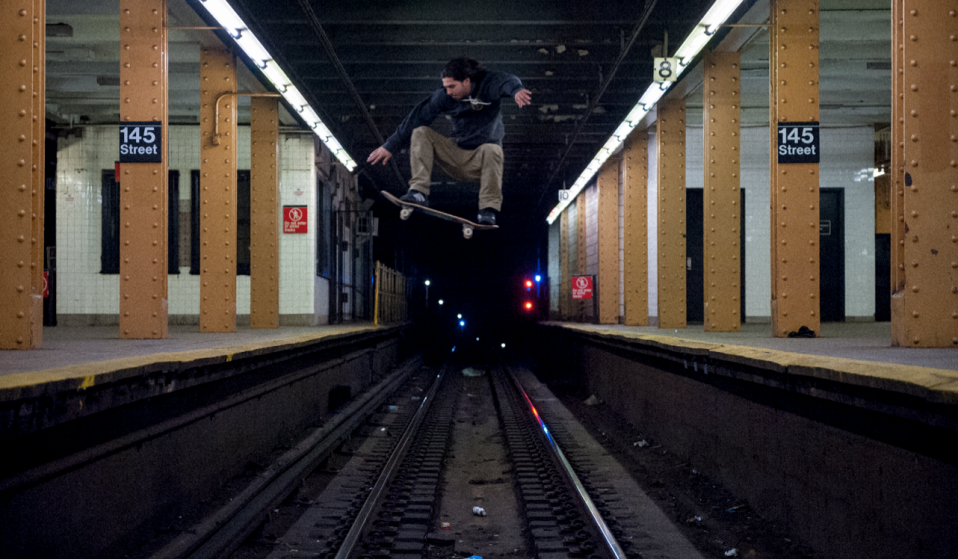 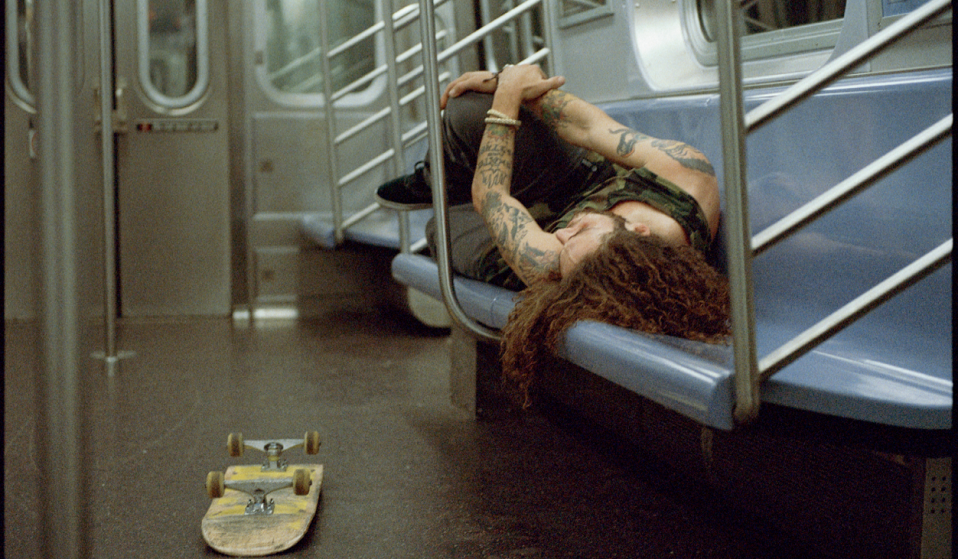 “It’s a funny thing about New York,” riffs skate photographer Allen Ying over the phone from his Brookyln abode. “There are independent videos coming out of cities all over the world, but sometimes just because one’s from New York it gets noticed or picked up. People just seem fascinated with it. I guess I get it. That’s why I live here.”

Ying and I are discussing the finer points of skateboard filmmaking. More specifically, we’re discussing the finer points of skateboard filmmaking in New York. See, the city’s skateboard-wielding inhabitants seem to have something of a knack for producing timeless independent skateboard videos, using lo-fi production techniques (i.e. handycams and iPhones) that hark back to simpler times. The past decade has been a fruitful period for the scene’s cinematic output (despite the effect post-9/11 security measures had on skateboarding in the city) but things have gathered even more momentum over the past couple of years.

A New York native, Ying kickstarted the popular 43 Magazine in 2011 because he felt the pages of skateboarding’s heritage mags were beginning to get a little light on substance. He spends his days in the city streets shooting photos, skating and rubbing shoulders with likeminded plank-pushers. He knows his city and its inhabitants well.

“I guess historically, skating in New York did always have really sick underground skate videos,” offers Allen on the subject of why NYC’s independent scene is so strong at the moment. “I think that tradition and inspiration is what most filmmakers out here draw from.”

It’s no secret that New York’s always been a destination for the creatively frustrated. The city itself – complex, dirty, bright and glamorous all at once – is a living, breathing kind of poetry. And with a history of turning raw intuition into high-art – from Jean-Michel Basquiat’s street tags to Patti Smith’s vagabond verse – it’s no surprise that independent filmmaking has borrowed from this past.

For the skateboarding world, it was the likes of RB Umali, the long-time Zoo York filmmaker, who began to set the precedent for the city’s skate flicks. The release of Mixtape, circa 1997/’98, is perhaps the strongest example. Drenched in dank ’90s hip-hop, and spliced with footage of myriad rappers freestyling, the forty-minute film showcased some of the city’s finest (and now most revered) skateboarders tearing the streets apart. The vibe seemed organic and the lines improvised, and by Umali’s own admission, that was essentially the case.

According to Allen, the best videos are those that simply capture what happens when a bunch of people go skateboarding. He cites filmmakers Colin Read (561 to NYC, The Mandible Claw Video, Tengu) and Josh Stewart (Static, Static II: The Invisibles, Static III, Static IV) as two of the city’s most seminal. Both have something of a cult-like following among skateboarding’s more independently minded enthusiasts. And both are clear that the secret to a good NYC clip isn’t hidden in some kind of formula.

“I like films and skating that question the usual way things are done,” says Read on the subject. “[I like] skating that is surprising. I think every part of a film should be surprising in some way, whether it’s the skating itself or the way the film is put together. The flow of a film is also very important to me; how the sections change and progress from one to another.  The journey.  I hate it when a video is just part-part-part-part. I want my films to tell a story with skateboarding, so to speak.”

On the subject of mixing up the ‘classic’ New York skate vid look, Read references recent releases CCTV, Solo Jazz and Cooper Winterson’s \m/. “All are independent NYC videos, all are good, and they all look, sound and feel completely different,” he explains. “Yet somehow, all are recognisable as having a New York aesthetic to some degree. I don’t agree that New York videos necessarily have a certain style; rather, that the city simply tends to lend them a particular look – gritty and rough – that’s instantly recognisable on film.”

Stewart, originally from Florida, also believes that despite the archetypal New York look and feel, it’s important for filmmakers to put their own spin on their work. “I’ve seen a ton of brands come to NY to shoot videos here and use the city as the backdrop of their films,” he says. “And when I watch most of these projects I see the same cliché portrayal of the city with the same cliché portrayal of skating in its streets. Personally, it leaves me with a burning desire to present the city in a new way and to highlight what I think are the aspects of NYC that make it the raddest city in the world.”

On speaking to the trio, it becomes clear that while the editing and art direction of any film is important, there’s just something about New York that’s impossible to describe or measure. And despite other East Coast cities – Philadelphia and Chicago in particular – having their own strong independent scenes, there’s no denying that right now, the eyes of the skateboarding world are focused on New York.

Stewart echoes Ying’s sentiments on the wider world’s fascination with the city. And while he doesn’t think the hype will last forever, he’s confident the creativity will never cease. “New York is currently the ‘it’ city,” he says. “But like most trends it will eventually come to an end. This city attracts an incredible amount of talent, so there will always be a fresh set of eyes, anxious to present the city as they see it. And skateboarding, like breakdancing and graffiti, is an integral part of New York’s culture. It’ll always continue to progress and thrive here.”

Linkedin
RELATED ARTICLES
OTHER ARTICLES
From Black Flag to Sonic Youth, Raymond Pettibon helped define what punk looks like when it's hung up on a wall. Now he's taking us inside his fantasy world, where the only ticket is a pencil and a piece of paper.
Photographer and bad kid anthropologist Sandy Kim on the ghosts, pool halls and candy ravers of her suburban youth.
Unearthing the archives of William Strobeck, the filmmaker responsible for the first full-length Supreme skate video "cherry" due for release on March 27.
Snapshots of East Coast skateboarding for your viewing pleasure.
NYC's only skate mag serves up a beautifully photographed slice of the city's scene.
Photographer-filmmaker Larry Clark has been keepin’ kids real for forty-plus years.