Outdoor / Skate / Old skate videos are getting me through the pandemic 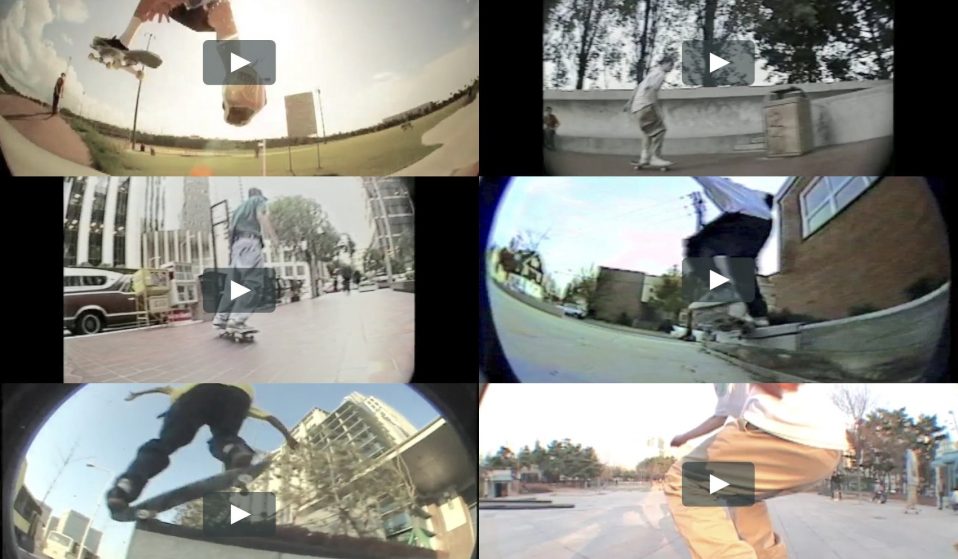 Nostalgia is a powerful balm for difficult times – and replaying the past is the one thing lifting my spirits amidst our current reality.

Nostalgia is a powerful balm for difficult times – and replaying the past is the one thing lifting my spirits amidst our current reality.

I’ve been quarantined inside my New York City apartment since March. And while it’s true that life is starting to return to the city, with outdoor dining and small gatherings in parks, I’ve been inside enough over the past four months that my skin is a shade of pale that looks like eggnog, I’ve grown soft in weird places, and my fingernails have become brittle. And despite New York’s slow reopening, the virus is raging harder than ever across much of the country, and we’re told it’s only a matter of time until it comes back to the city.

And so, like a lot of people, I’m cooped up indoors for the majority of the day, every day. When I do occasionally go outside, mostly just to walk the dog or pick up groceries, I view other people suspiciously, taking as wide a breadth as possible on the sidewalk and trying (unsuccessfully) to keep my distance in the supermarket. It’s not an ideal existence.

But one thing that has managed to lift my spirits amidst our current reality is binging on old skate videos. I’ve been primarily focusing on the ’90s and early ’00s classics that served as a sort of North Star for me during the height of my skateboarding days. The way Jamie Thomas pushes over a crowded DuSable Bridge in Chicago as the opening chimes of “Hallowed be Thy Name” ring out in Welcome to Hell, or Jason Dill’s frenetic energy in Photosynthesis, immediately transport me to a different place and time. When watching Donny Barley’s signature frontside ollie – there has yet to be a more stylish execution of that trick – in Eastern Exposure 3 I can vividly remember summer skate trips pushing through Philadelphia, the smells of the skatepark I used to work at in North Carolina and the bar I’d go to most nights after locking up.

I’ve been posting clips from these videos to my Instagram account, filming them all from the same angle on my couch like the world’s laziest cinematographer. Messages from friends, some of whom I haven’t spoken to in years, come flooding in. Most of them are short and superlative: “best line!” “the dopest,” while others offer their own memories of the videos: “such a legendary line in such a legendary part – I had the orange VHS and would watch it multiple times a week.”

Nostalgia is a powerful and well-known balm for difficult times. While it was originally considered a mental disorder when it was coined by the Swiss physician Johannes Hoffer in the 17th century (Hoffer called it a “neurological disease of essentially demonic cause”) it has come to be romanticised, and today escaping to the past, at least momentarily, seems necessary for anyone looking out for their mental health.

When you’re in the middle of a thing it can be hard to recognise its significance. I think that’s true of relatively mundane things, like good times in our lives, but also slightly larger things, like historic pandemics. Put more plainly, even though most people recognise how bizarre our current moment is, when the length of it drags on it can start to feel less like the earth-shaking catastrophic event it is, and more like just… life. One of the strangest things about this whole pandemic is how quickly being locked down started to feel normal. There was the initial shock of it all, when Zooming with friends sequestered a few blocks away and working from home felt like the jarring change that it was. But now, four months in, the shock is gone and I only feel a dull ache. A sort of quiet resignation that this is simply the way things are now.

Complicating all of this is the feeling that time itself doesn’t seem to be working right. Days last weeks and months blink by. There are some theories floating around as to why our perceptions of time are warped at the moment, most of them suggesting a combination of stress and lack of routine as the root causes, but the end result for me is feeling significantly older than I did in February, and lightyears away from those early ’00s skate dreams. A friend recently sent me a photo, allegedly from 2005 – although it feels like 1930 – of me skating through lower Manhattan toward the Brooklyn Bridge. He told me he’s been feeling increasingly nostalgic lately, and regularly watching old skate videos, too. Another friend said he recently bought a VCR off eBay so he could watch the old videos we made during skate trips and summers working at camp Woodward.

Nostalgia is “triggered typically by aversive conditions, such as negative affect or loneliness,” according to the Nostagia Group at the University of Southhampton, led by professor Constantine Sedikides, who according to most people is the man responsible for changing our perception of nostalgia from a disease into a potentially healthy state of mind. If that’s true, it makes sense that a lot of people are looking to the past for a bit of escape from the present. In 2014, Sedikides told the Guardian that nostalgia is the “perfect internal politician, connecting the past with the present, pointing optimistically to the future.”

Professor Sedikides’s collaborator, Dr. Tim Wildschut, told the paper that: “Nostalgia compensates for uncomfortable states, for example, people with feelings of meaninglessness or a discontinuity between past and present. What we find in these cases is that nostalgia spontaneously rushes in and counteracts those things. It elevates meaningfulness, connectedness and continuity in the past. It is like a vitamin and an antidote to those states. It serves to promote emotional equilibrium, homeostasis.”

Research from the Netherlands and China has also found that nostalgia can make a room feel physically warmer, which Dr. Wildschut has theorised could speak to an evolutionary benefit of nostalgia, a way to spur us forward and convince us to not give up during difficult times. While music was used to inspire nostalgia in the Netherlands study, sometimes that bit of motivation can be found in old VX1000 footage, almost always with a fisheye.

A couple of weeks ago I watched Mouse, a classic 1996 video from Girl skateboards directed by Spike Jonze. It’s filled with the sort of comedy sketches and goofiness typical of skate videos at the time, when the stakes were low for even the biggest pros, most of whom realised making enough money to live – let alone retire – off of skateboarding was a pipe dream. As a kid, I remember being particularly fascinated by a short section featuring Rick Howard that starts with Howard driving through the streets of Los Angeles in a Crown Vic. It’s a slow, breezy Southern California day, and when he parks and takes his board out of the trunk, he hits his head. Presumably concussed, he shuts the trunk and finds himself transported to an empty forest. He throws his board down and starts skating on the forest floor, ollieing tree branches, power sliding through dead leaves and grinding downed trees. It’s a short section, just about one minute long, but I keep coming back to it in my video-watching sessions; I think because there’s probably a metaphor for our time somewhere in there. A few days ago my brother texted me out of the blue asking if I remembered the part. Of course I had just watched it a couple of days before.

Linkedin
RELATED ARTICLES
OTHER ARTICLES
To mark the premiere of his new documentary on surfing giant Gerry Lopez, the filmmaker and former pro skateboarder sits down to share his unique brand of wisdom.
With the virus now a global health emergency, we must take steps to fight misinformation and demand a swift UK-wide vaccine roll out, writes Phil Samba.
One year on from the fall of Afghanistan to the Taliban, Tiara Ataii speaks to those who have been forced to make the treacherous journey to Europe for safety, and the barriers and horrors they have faced.
From the early originators to the female writers at the forefront of today’s scene, we talk to the artists redefining graffiti’s consciously macho origins.
Last week, Tower Hamlets council removed its nudity-restricting licensing conditions in a huge win for London’s kink community.
As the Criminal Bar Association enters its fifth week of action, criminal barrister Russel Fraser explains why the legal professionals have walked out and how action is likely to escalate.