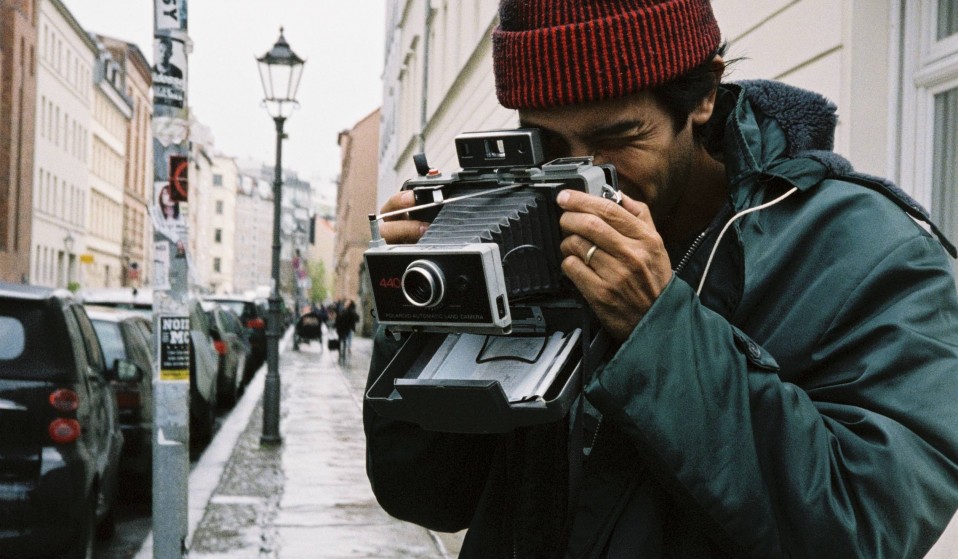 For the man nicknamed 'cool breeze', photography and skating are both about following your gut to find the things you love.

For the man known as 'cool breeze', photography and skating are complementary pursuits: they're both about following your gut to find the things you love. We spoke with the San Jose icon about solitude, risk taking and how dream jobs aren't always so magical.

Jerry Hsu is one of the most colourful personalities in the skating world. But having soared to fame with skating videos like Bag of Suck and Made, the physical toll of skating has led the 34-year-old to embrace a second passion: photography.

Over time, Hsu’s signature style developed by combing the streets of LA, searching for extraordinary moments in everyday life. A Love Like Mine is Hard to Find, his current exhibition in Berlin, pays testament to a man of many talents. 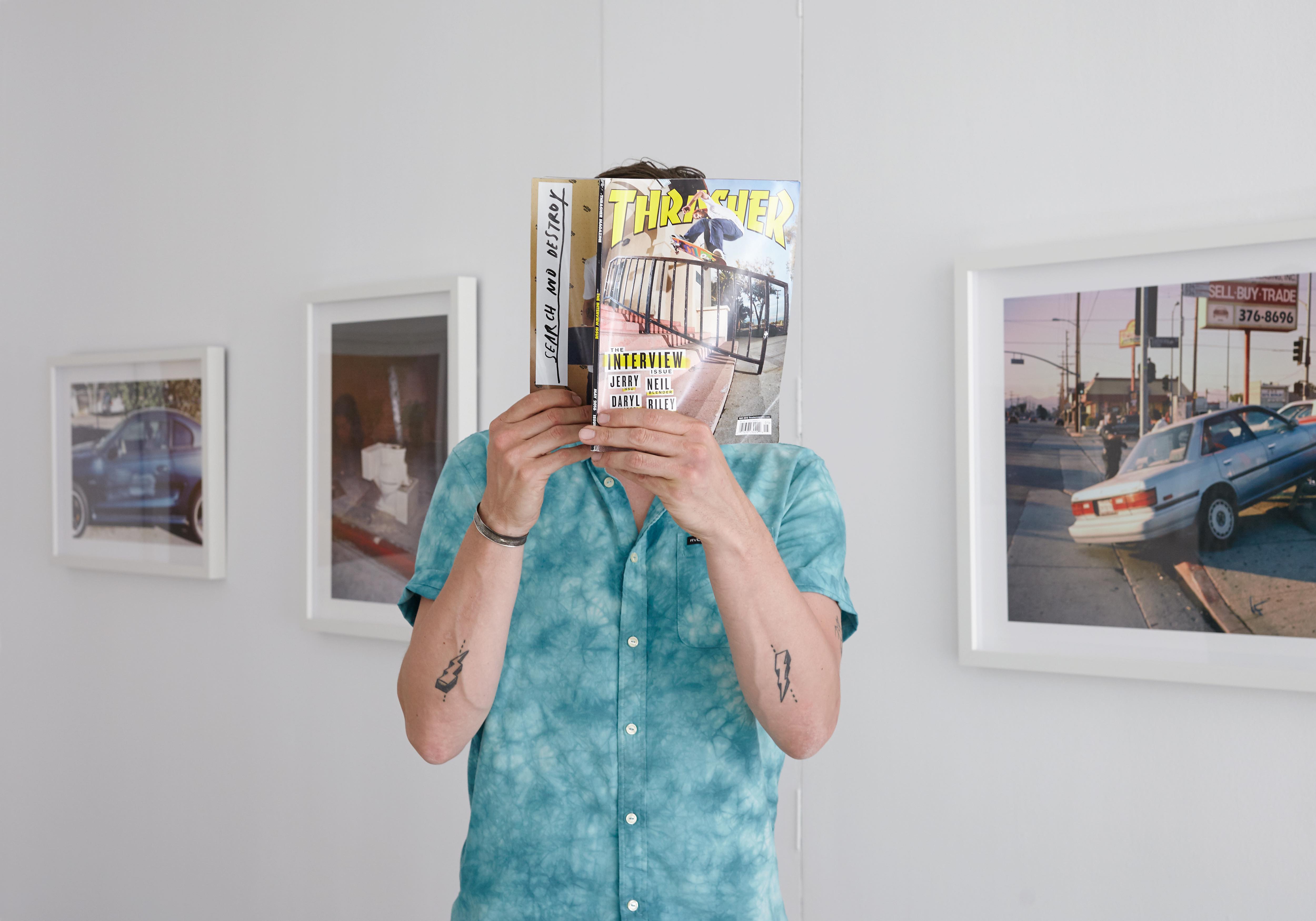 How did you end up pursuing a career as a skater?
Well, I never really pursued it. When I was a little kid, around 12, I just started skateboarding and it became everything to me. I didn’t even know what a professional skateboarder was. I ended up getting sponsored after I started making videos with friends and it snowballed from there.

What does life as a professional skateboarder look like?
It does become a job. I mean, it’s a dream job, but when you end up doing something you love for a job, it can take away some of the magic. I don’t always feel like getting up every day and taking big risks, doing dangerous things and getting surgery.

So it can be difficult?
Filming videos can get really stressful and mentally draining. When we go out to film, we do one trick hundreds of times – the repetitiveness of it makes me insane. But it’s also really rewarding when I accomplish things as a skater. It really has pushed me to a level I wouldn’t have been at otherwise. 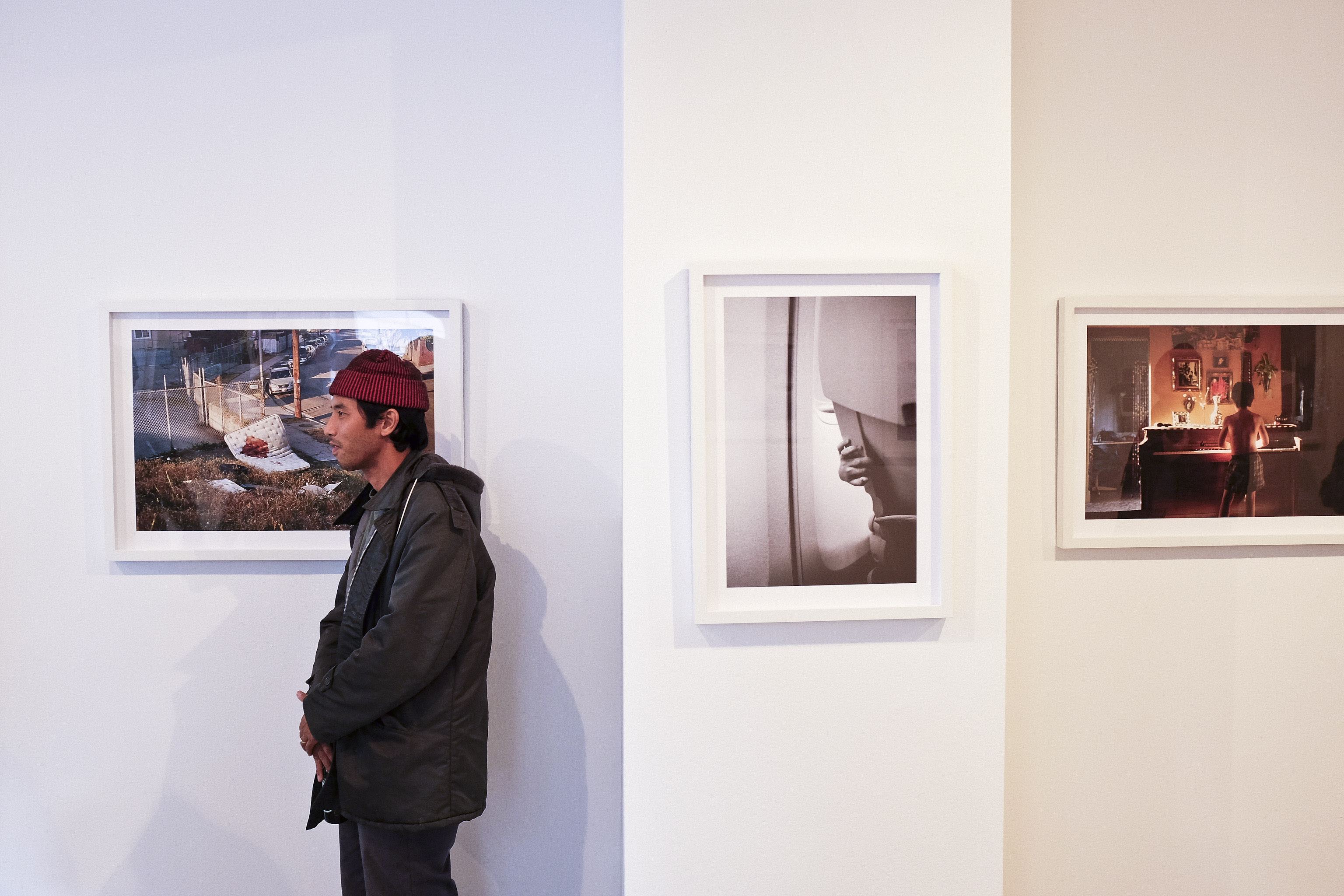 Did your interest for photography develop as early as the one for skating?
No, it came a bit later… but it definitely came out of skating. Filming each other while we were skating, and looking at photos in magazines – that inspired me. As a skater I’ve also worked with a lot of professional photographers who have taught me a lot.

Do you feel like these passions complement each other in any way?
For me, definitely. Both are an interpretation of environment. In skating, you take an environment and figure out what to do with it. In photography, you look around you and manipulate the environment. The fact that skating has no rules also lends itself to photography: you can do whatever you want.

What inspired your show, A Love Like Mine is Hard to Find?
The show itself is about searching. Because stuff that you want to photograph won’t come to you, you have to go find it. It’s like with skating, you have to search for things you love. In the show I’ve tried to mix street photography with the more personal, like the photos I’ve taken of my wife. It’s kind of like a diary. 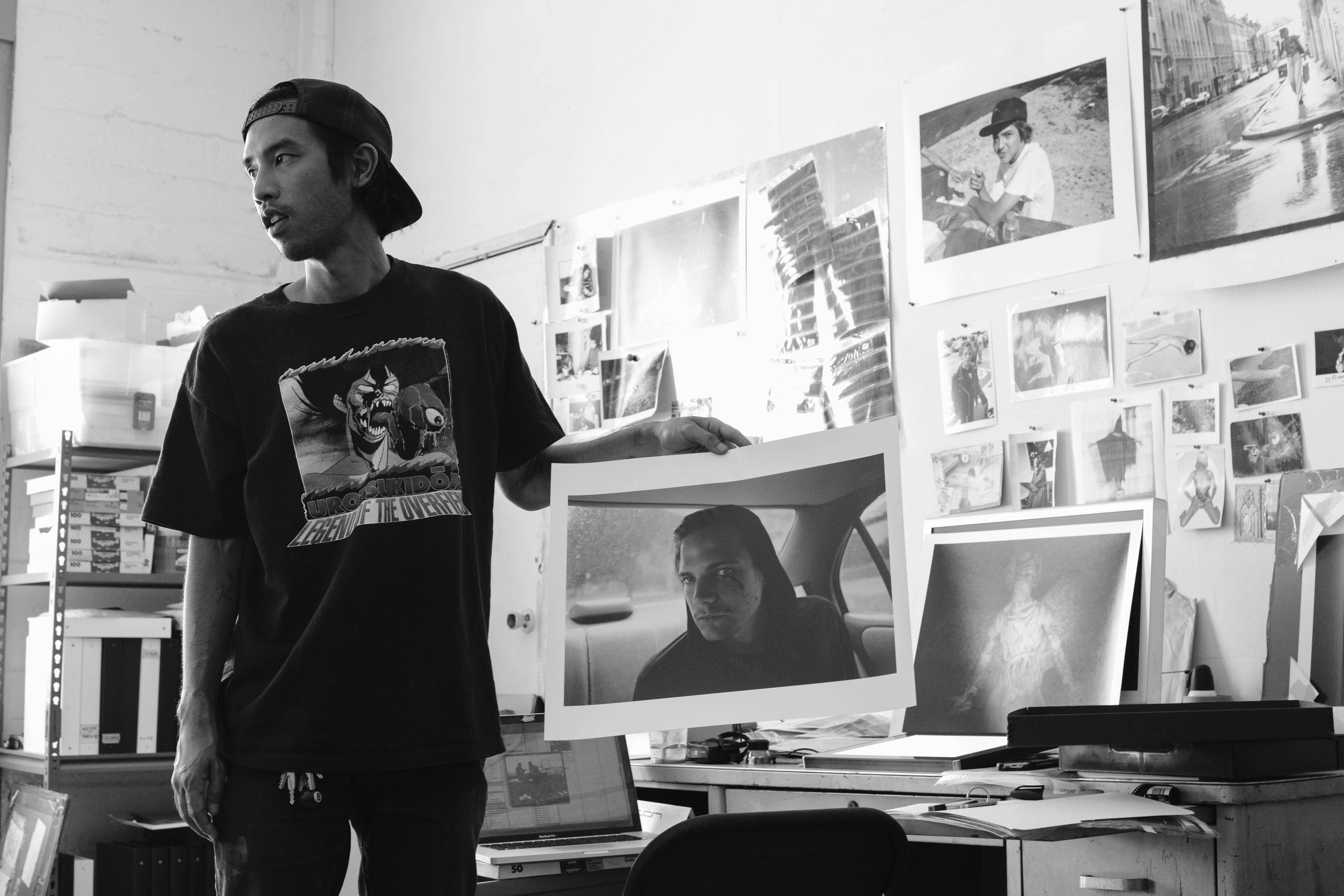 Do you have a favourite photo from the exhibition?
Not really a favourite, but there’s a photo of a mattress with blood on it. That’s probably the strongest one. Mattresses are everywhere in LA. People want to ignore that stuff, but because of the blood in this photo you have to look at it. So much stuff happens on a bed – it’s where you sleep, do all kinds of stuff. It’s a very intimate place.

What do you try to capture with your photography?
For me it’s kind of just intuitive. I shoot a lot of things, so it’s really only when I get all my photos back and edit that I know what I’m trying to say or show. I think searching for one specific thing is a lot harder than just taking a lot of photos. But it’s hard to answer. When I see the photo, I just know. 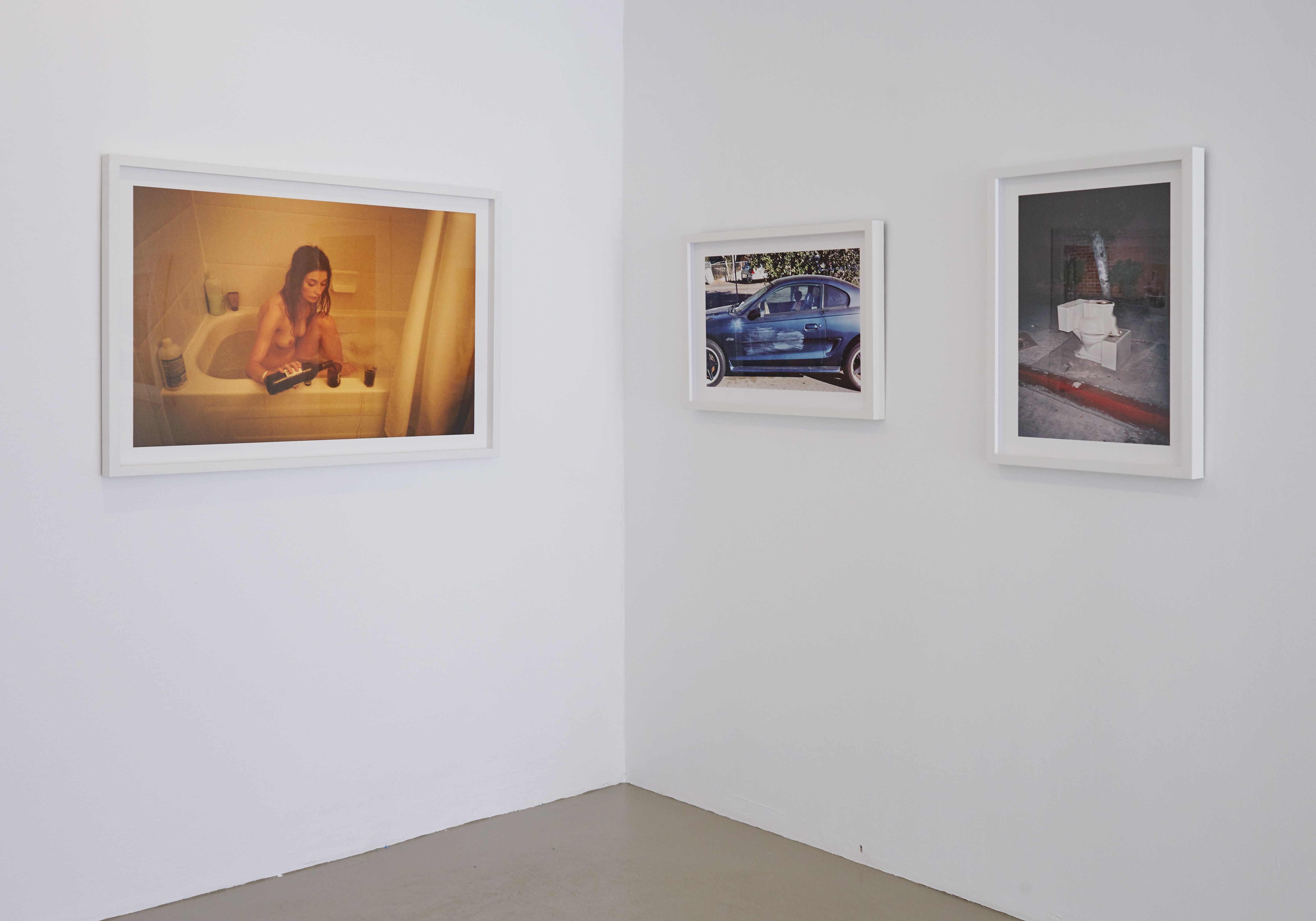 Your Tumblr site Table for One is interesting. Why did you decide to take lots of photos of people sitting alone at tables?
I go out by myself a lot and eat and see people doing the same thing. I’m so drawn to them, so I just started taking pictures because I liked to look at them. Eating out by yourself is viewed negatively which I think is so weird. There is a large stigma towards being by yourself. But these photos aren’t about loneliness, they’re about solitude.

Do you think you’ll focus more on photography than skating in future?
In the future, probably photography. I don’t know how much longer I can skate, but at the moment skating is definitely more important. I’m filming this video right now for Emerica called Made 2. It’s all I’m doing right now, and it’s really important to me. But when that’s done I’m going to take a break and shoot photos as much as I can. 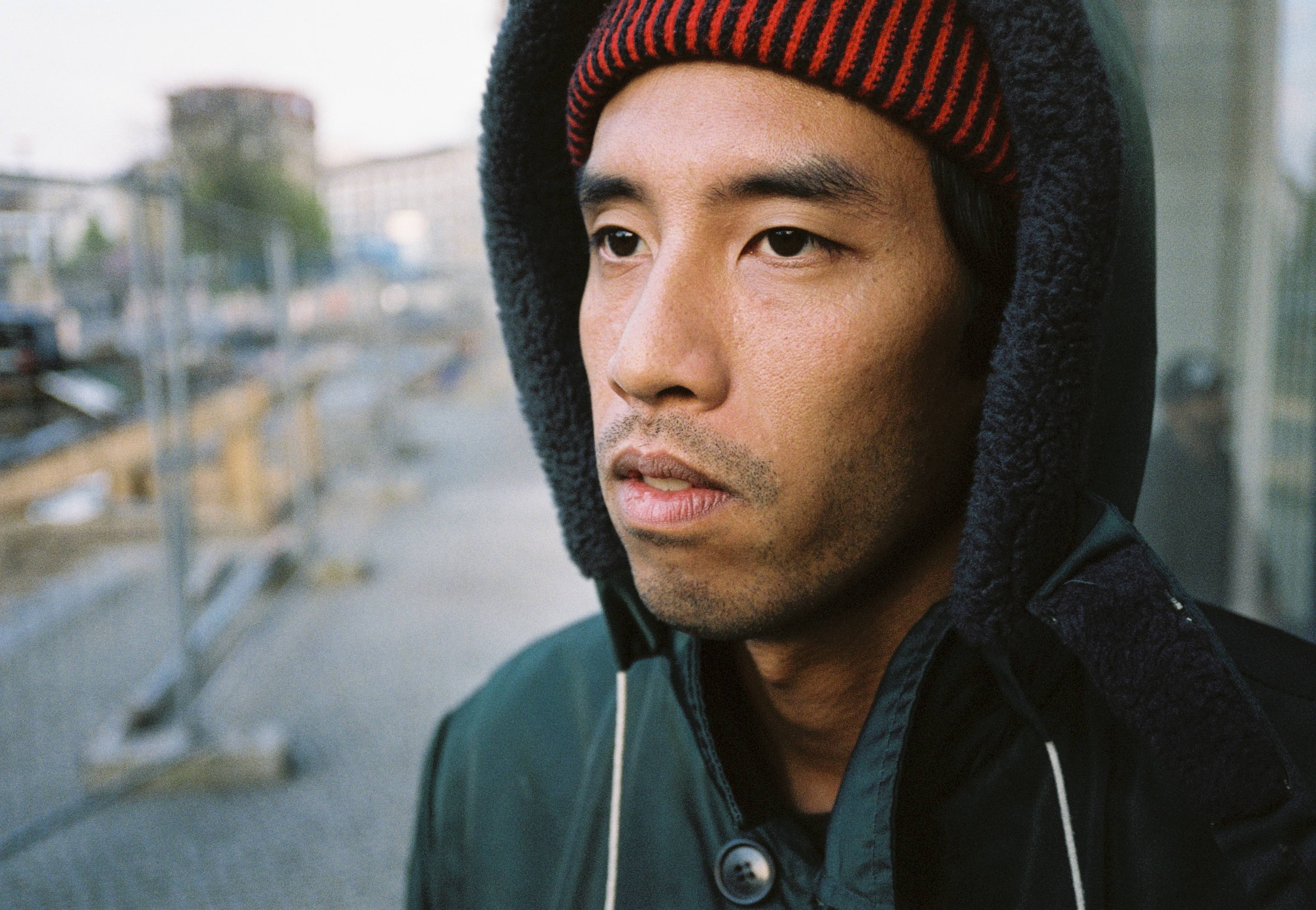 A Love Like Mine is Hard to Find is showing at HVW8 in Berlin until June 4.
Check out more of Jerry Hsu’s work on his photoblog Table for One.

Linkedin
RELATED ARTICLES
OTHER ARTICLES
Protestors gathered outside Downing Street following the latest atrocities committed by Israel against Palestinians living in the besieged strip.
With the UK now set to run out of vaccines, people working in the sex industry – particularly outside of major cities – have been left especially vulnerable, reports Brit Dawson.
Yesterday, rail workers came together to protest poor pay, working conditions and job cuts in their latest round of strikes.
Photojournalist Fiora Garenzi spoke with people still living in Eastern Ukraine, an area which seen some of the heaviest fighting since the war began.
As the Criminal Bar Association enters its fifth week of action, criminal barrister Russel Fraser explains why the legal professionals have walked out and how action is likely to escalate.
A sharp increase in officers armed with the electrical weapon is resulting in serious injuries and deaths.