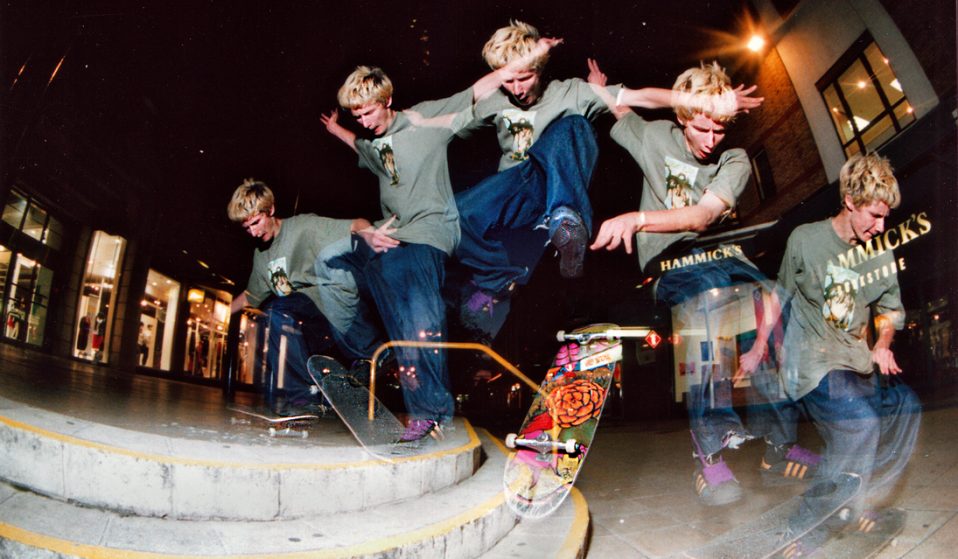 The definitive history of UK skateboarding is being brought back to light like never before... if it gain the right backing.

The definitive history of UK skateboarding is being brought back to light like never before... if it gain the right backing.

From 1978 to 1995, Read and Destroy magazine grew to become a skateboarding bible – the foundation and inspiration of today’s UK scene.

Yet for the last quarter of a century, this groundbreaking piece of skate history has been hidden, kept in boxes and envelopes of various private collections, out of sight. 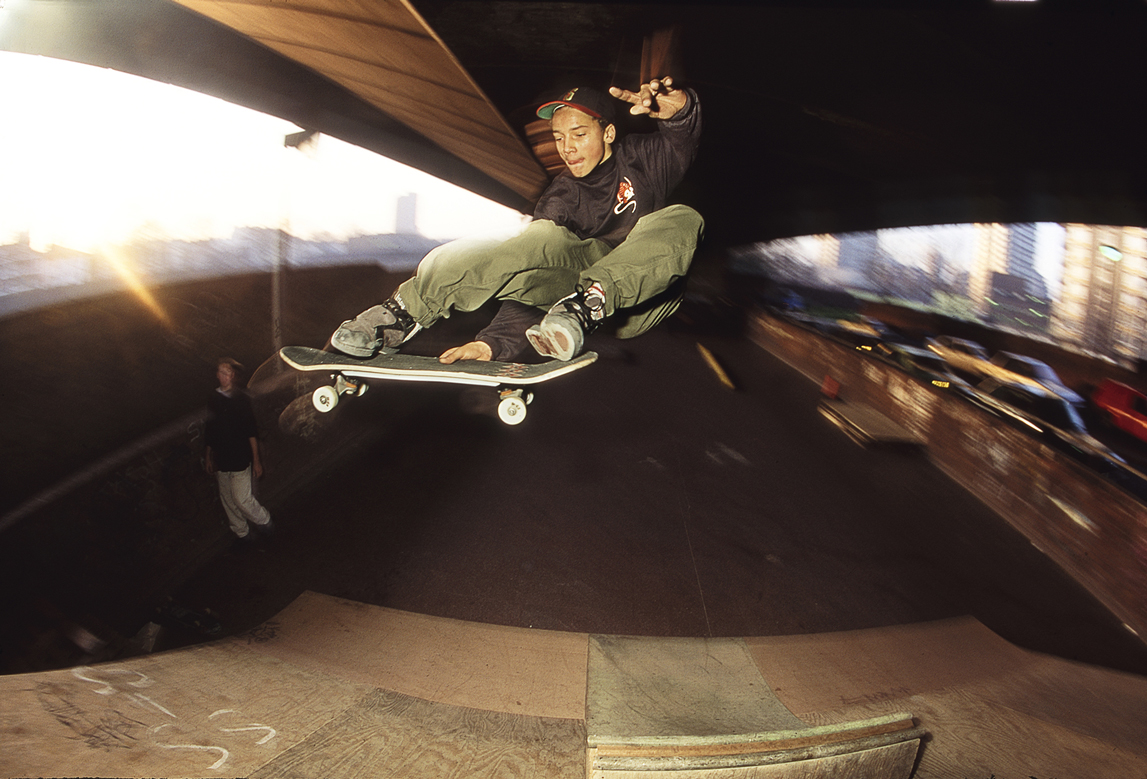 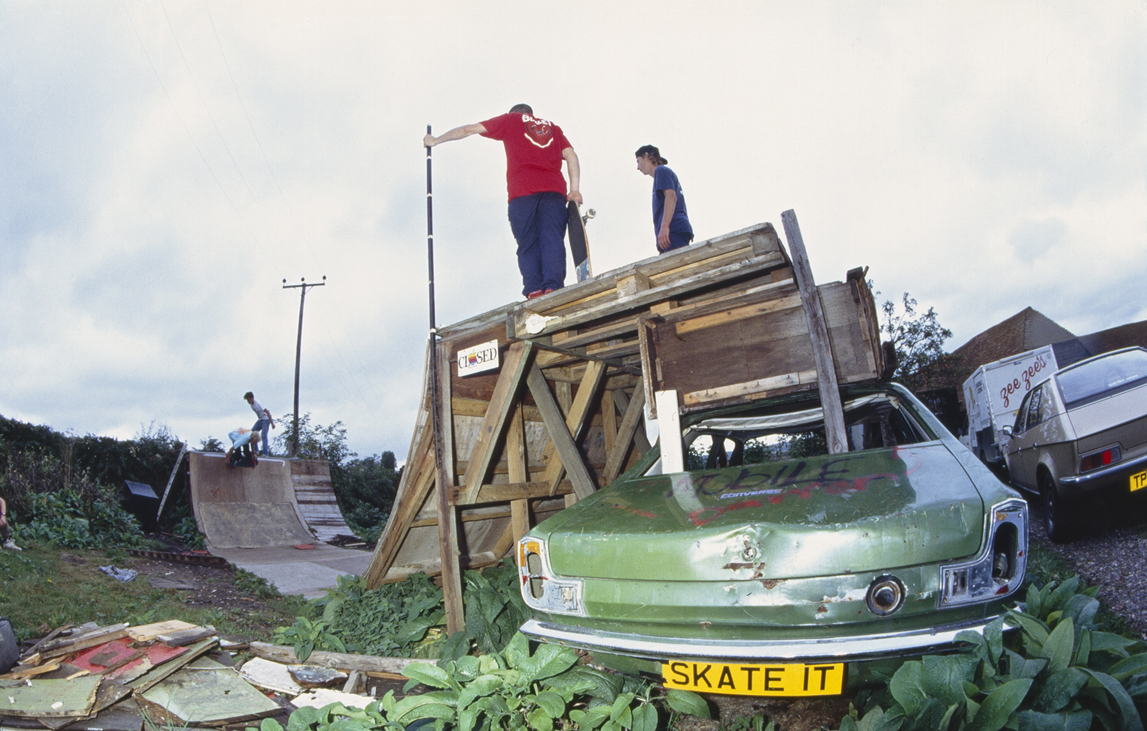 But it hasn’t been forgotten. If anything, the importance of RaD among those who were influenced by it – directly or indirectly – has only grown.

“We’ve had an amazing amount of feedback from people who were avid readers as teenagers saying how transformative it had been for them,” says Dan Adams, who joined RaD as a graphic designer in 1991. For the last three years, Dan and Andy Holmes have been sorting, archiving and researching the content for the RaD book, archive and future exhibition.

“It’s impossibly difficult to understand now just how important a mag like that was as a conduit for so many ideas and information. Without an internet, where else do you go to be connected and informed about the culture you love so much?

“People regularly say how they wouldn’t now be making films, music, art or graphic design if the inclusive nature of the mag hadn’t lit the fuse for them.” 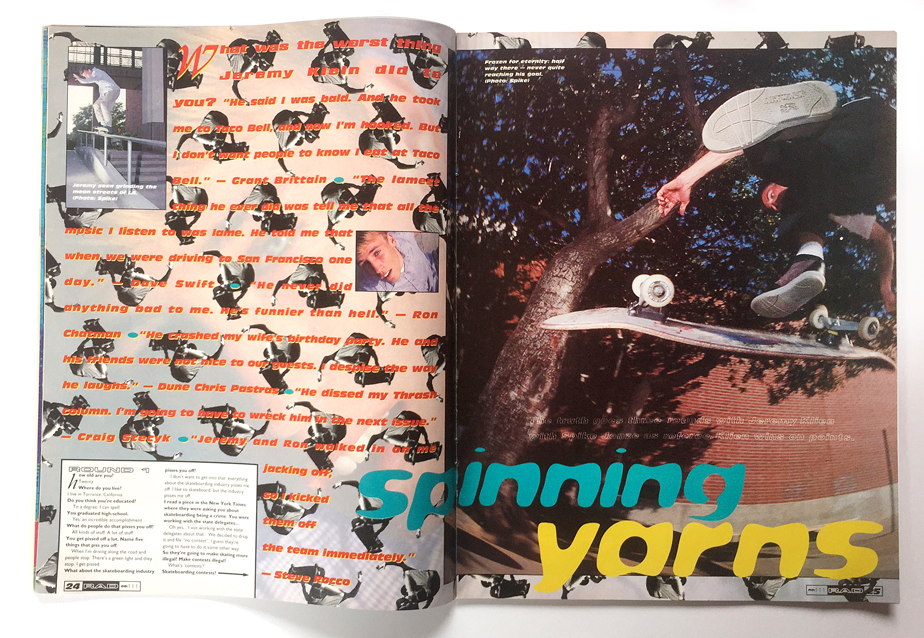 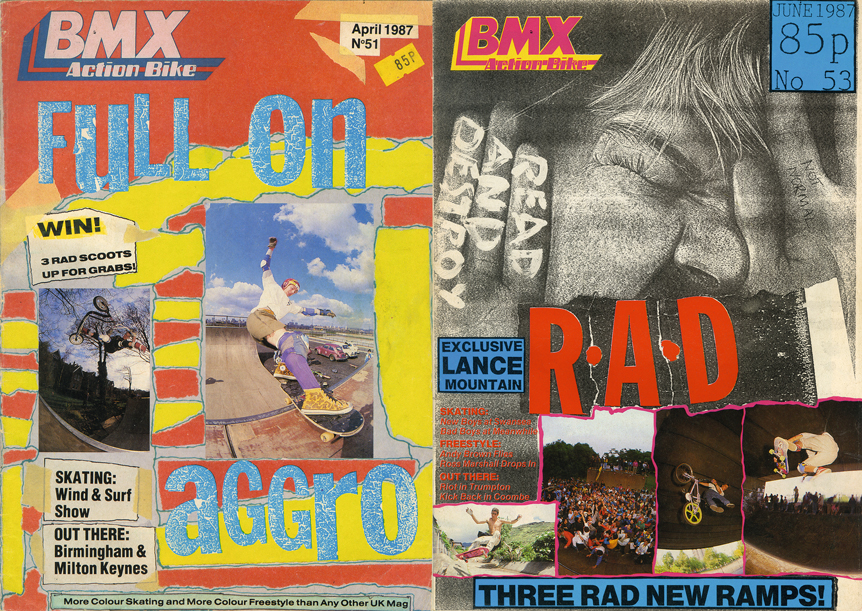 Dan is one of those people. Having first been introduced to skating through 1970s US mag Skateboarder and, later, Trans World Skateboarding, he found the bold production values and original photography infectious. It felt like a world away from the humdrum mags being produced in the UK at that time.

Then RaD came along. Under the vision of editor Tim Leighton-Boyce (TLB), an experimental new approach came to fruition: skate’s emerging underground would be captured in the most brash, energetic light possible – a sensibility that felt closer to a fanzine than a glossy mainstream title. 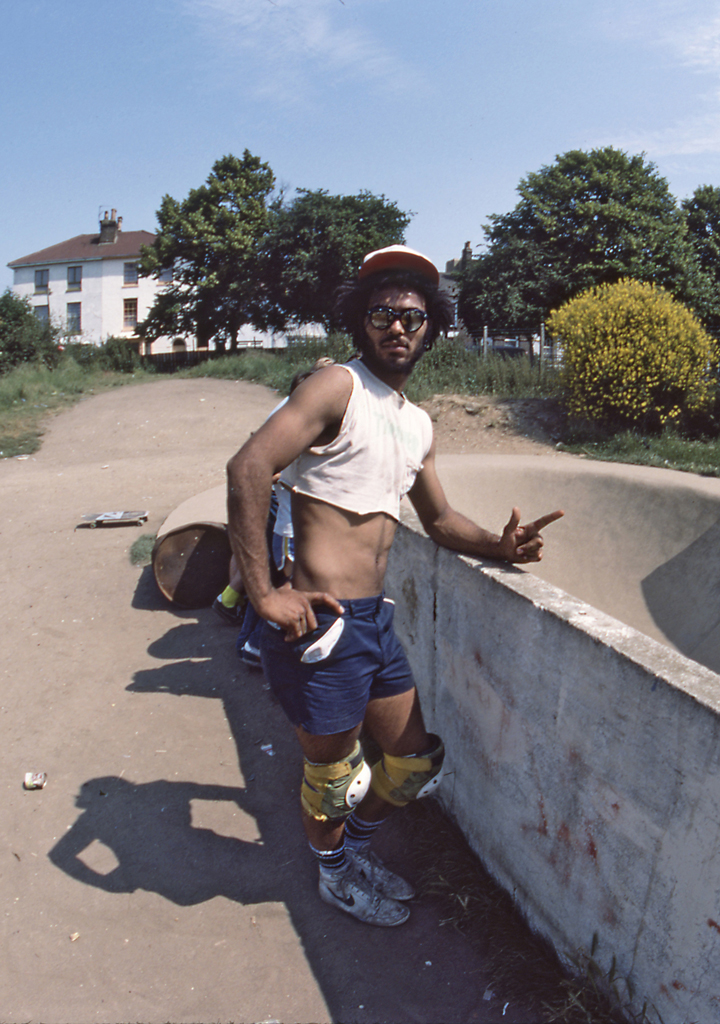 It also brought together a stable of staff photographers that included Vernon ‘Jay Podesta’ Adams, Tony ‘Dobie’ Campbell and Wig Worland, along with original contributors like Skin Phillips, Andy Horsely, Thomas Campbell, J. Grant Brittain and Spike Jonze among others.

Tim decided to walk away from RaD in ’93, enabling Wig Worland and Andy Horsley to usher in a new phase for the mag. But due to a various differences with the publisher, they felt like they could do a better job on their own terms and started Sidewalk magazine instead. 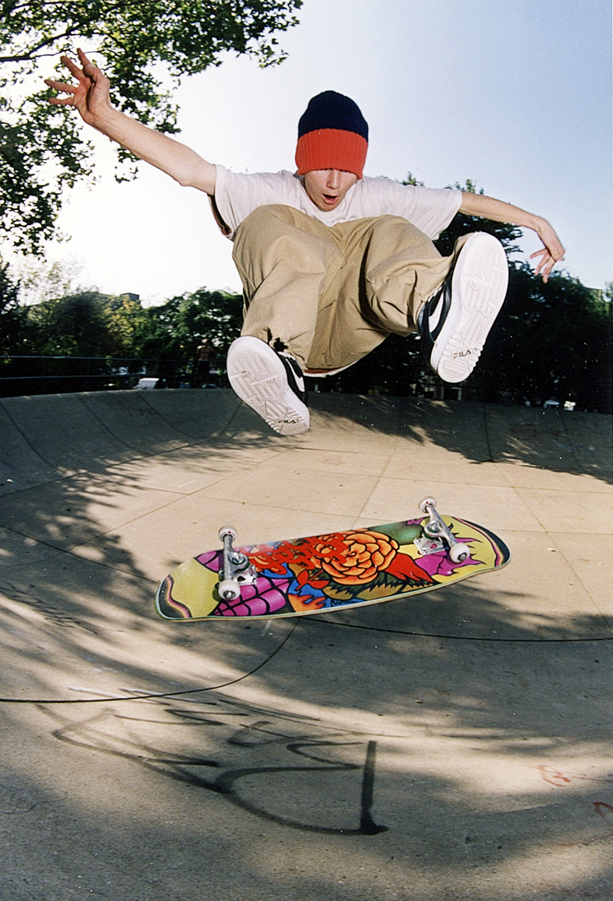 Twenty years on, Dan realised that those formative times for skate culture in the UK have gone under-represented. “I felt that as a designer with that history and those connections, I could be a part of re-establishing that story and bringing it to a wider audience. This project – a two-volume book – has been a long time in the making.”

But it hasn’t been easy. The main challenge has been assembling, and then re-organising, 30 years of badly kept archives. The next undertaking is scanning old, often damaged transparencies to a standard even better than they first appeared. 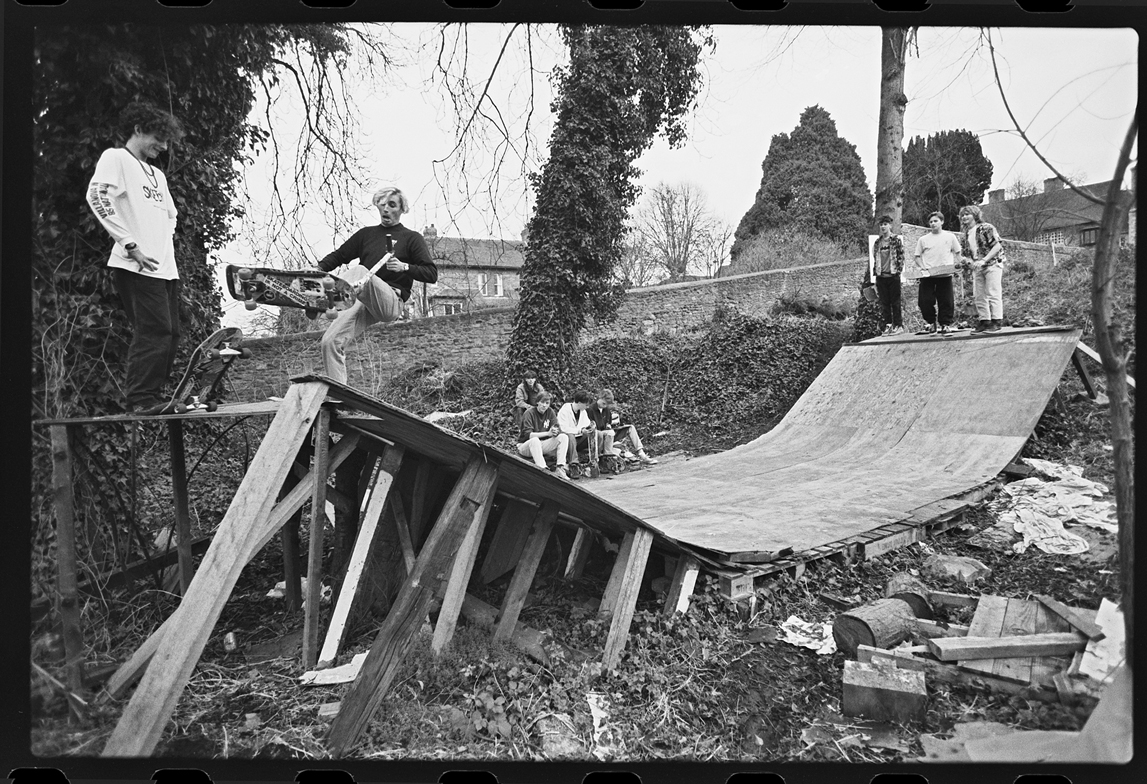 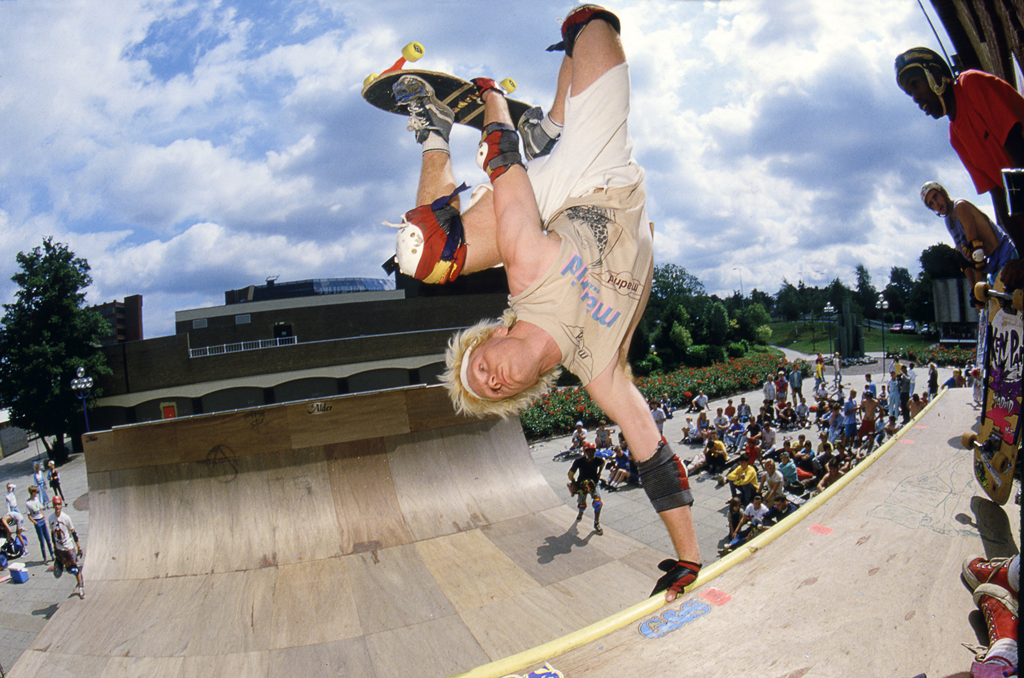 “There is no cheap way to do this,” says Dan. “We are not just pulling files off a hard drive and dropping them into a layout. The original scans made for the magazines never existed in any kind of digital memory format.

“The scans were output directly to film negatives and scrapped after one use. Every single image needs high-resolution scanning, colour correcting and proofing. It’s this necessary cost which has made it so difficult to get this project up and running in the past.” 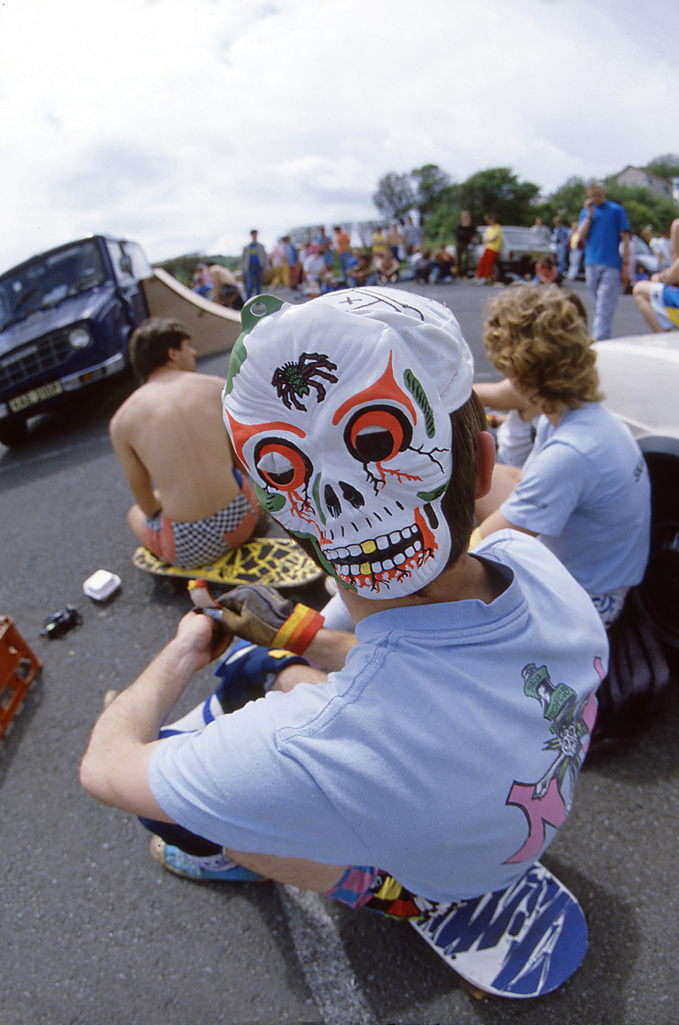 With just three days before the Kickstarter campaign ends, this project needs all the help it can get. What’s at stake is a collection of images, artwork and history that can’t be found anywhere else.

At a time when tricks were progressing at a rapid rate, RaD’s photographers were there to capture it all in conditions that couldn’t be further away from the sun-kissed pools of Southern California.

But that’s where the UK scene’s raw power came from, Dan says. Less access to good terrain, weather, equipment or sponsors all made the pursuit of good skateboarding harder. You had to really want it. 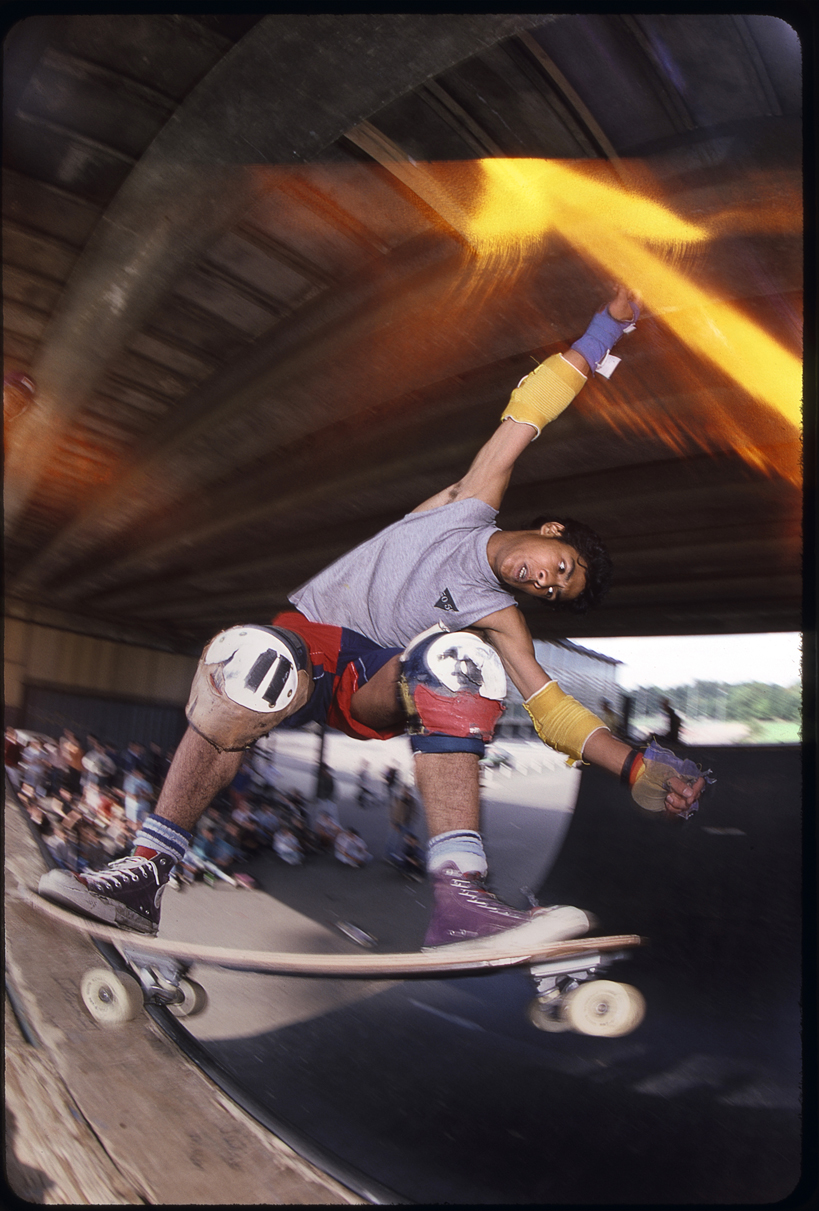 “For me, [the RaD] archive still has the power to transmit all the excitement and energy that skateboarding offers. The era doesn’t matter, a good skate photo translates across the time and place that it’s made in.

“One of our more popular pictures on Instagram was a shot from 78/79 of a guy named Keith Laing. Totally in the moment – basic trick, smashed up, shitty equipment but he’s on it and living it.

“That pure skateboarding energy totally comes through to skaters of all generations.” 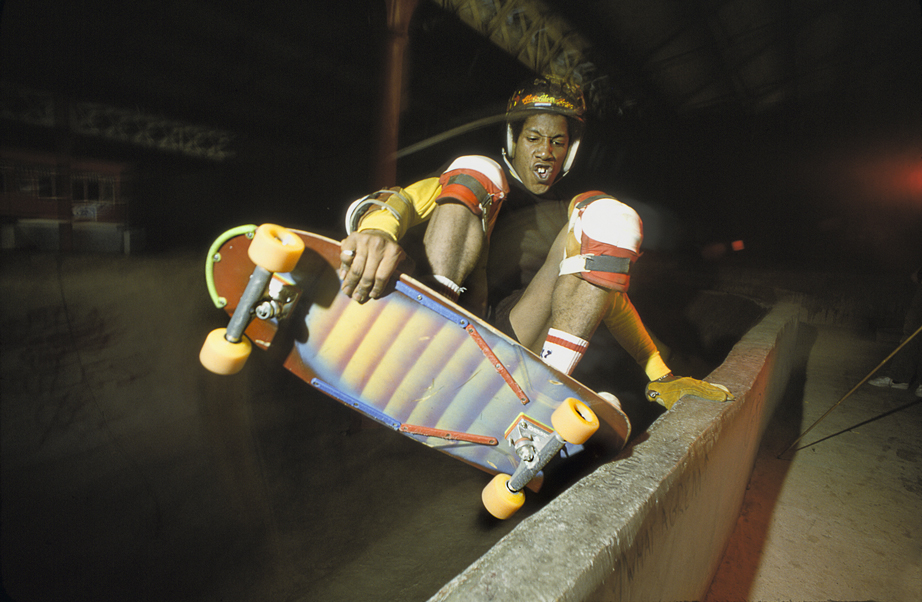 Support skateboarding history by backing The RaD Archive on Kickstarter.

Linkedin
RELATED ARTICLES
OTHER ARTICLES
Steel City is often overlooked when it comes to the country's cultural radar despite its role in shaping electronic music.
A young woman recounts her experience of being harassed by anti-choice campaigners as she was seeking an abortion in Glasgow.
Protestors gathered outside Downing Street following the latest atrocities committed by Israel against Palestinians living in the besieged strip.
With the UK now set to run out of vaccines, people working in the sex industry – particularly outside of major cities – have been left especially vulnerable, reports Brit Dawson.
Danny Burrows discusses his new series of images documenting an pacifist anabaptist community who lead an alternative way of life.
To mark the premiere of his new documentary on surfing giant Gerry Lopez, the filmmaker and former pro skateboarder sits down to share his unique brand of wisdom.