Outdoor / Skate / Remember the days when skateboarding was just seen as public nuisance? 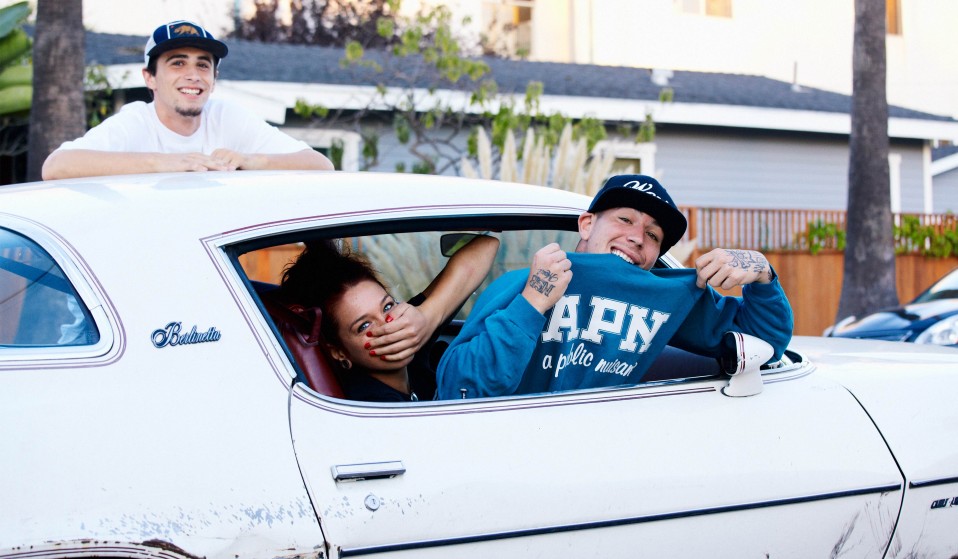 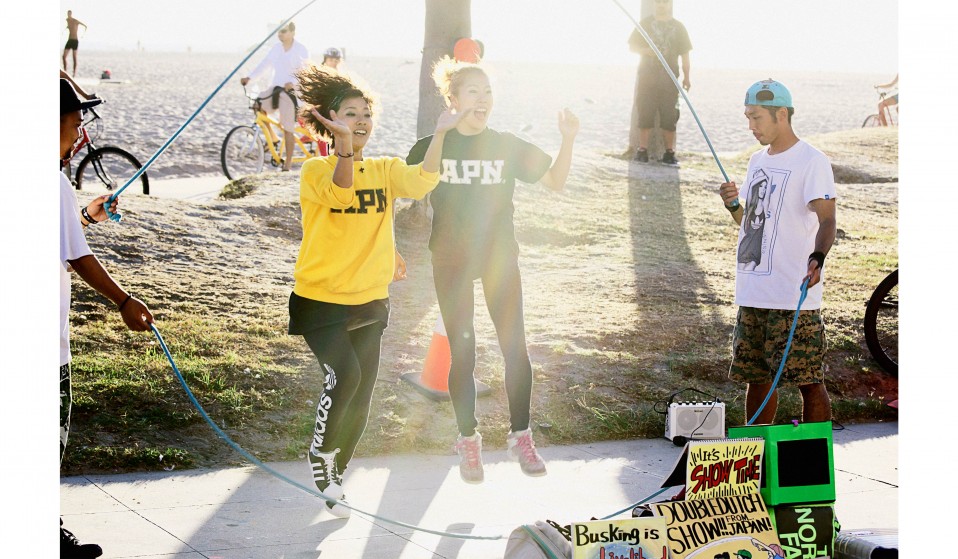 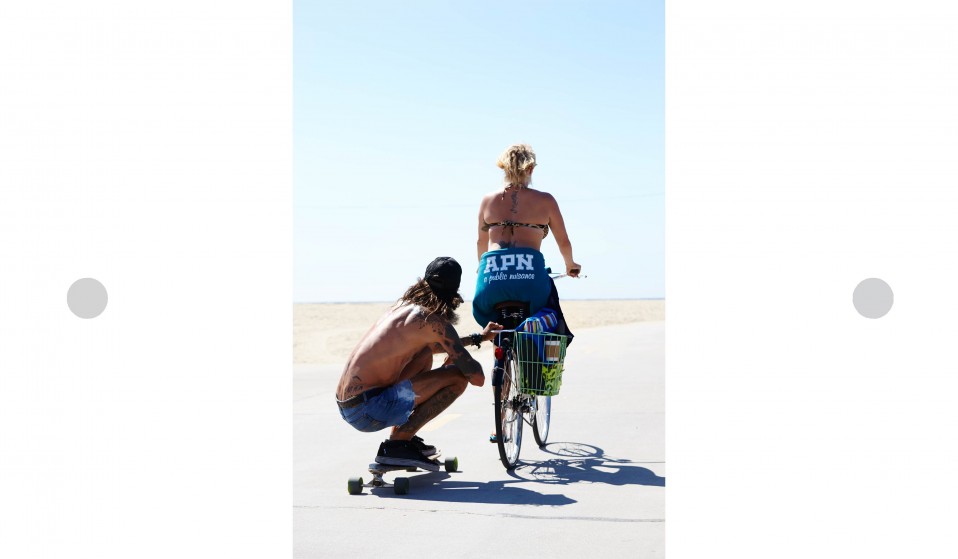 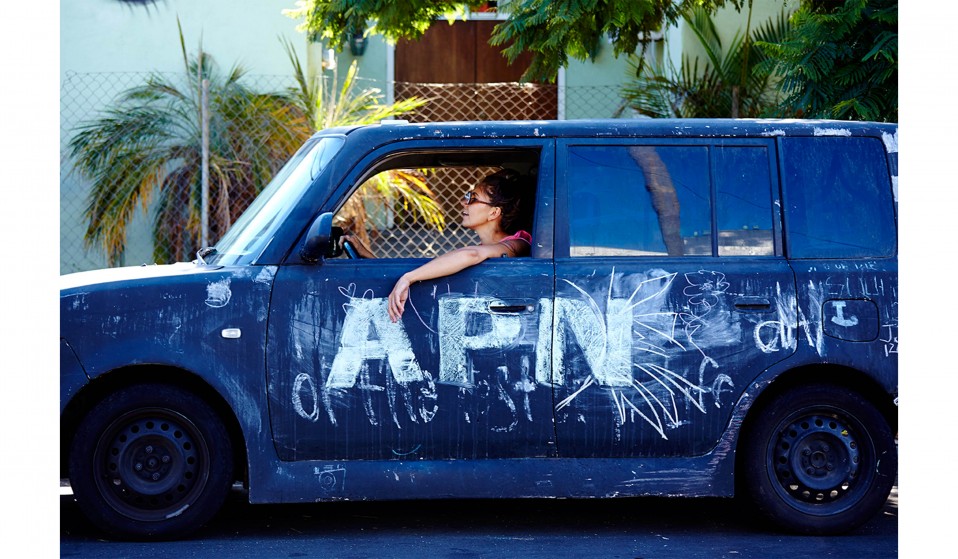 Skate and lifestyle brand APN looks to early-day pioneers like Craig Stecyk and Tom Sims to update their grassroots vision for a new generation.

Skate and lifestyle brand APN looks to early-day pioneers like Craig Stecyk and Tom Sims to update their grassroots vision for a new generation.

When you set out to do something with the words of Bill Hicks as your guiding principle, you can’t go far wrong. Inspired by Hicks’ reminder that ‘It’s just a ride’ and Craig Stecyk’s legendary grassroots creativity, Rupert Leigh founded skate and lifestyle brand APN (A Public Nuisance) in 2010.

APN’s distinctively-shaped longboards look to the early days when surfboards came out of the sea and evolved to become concrete-loving beasts. The brand looks back to the roots of the culture, but adds a contemporary twist and pushes things forward through collaborations with emerging illustrators, like the It’s Just A Ride group show in partnership with Gather.ly in Shoreditch in 2014.

Huck caught up with Rupert to find out more about what makes APN tick.

How and why did you start APN?
I’ve collected (and lost) vintage sweats for about 20 years. I liked Craig Stecyk’s vision and style and had been following him for some time. There was an article in a magazine about Powell Peralta, and there was a sentence in there that summed it up for me: ‘it was Stecyk who introduced an outlaw edge to skateboarding’s visual lexicon – most notably in the shape of graffiti, at a time when it was still considered a low rent public nuisance, on a par with fly tipping, rather than art’. This then developed into creating the logo, half based on the varsity logo – as I quit university – and half from MAD magazine, which  I’ve been reading all my life. The idea of what happens on the fringes when you got control pushing out from the centre and when you get opposites attracting runs through the heart of APN.

What were you doing beforehand?
I worked for a few brands, mostly through music. The jobs that influenced me to get to where I am today were working at the Barfly and The Fly magazine.

Is it a good time to strike it alone?
Three of us form the core of APN. We’ve had some level of success and made it this far. I believe what runs through APN is our courage and our curiosity, which keeps us discovering and creating. If you stick at something long enough, you’ll make it, whatever that is to you.

What challenges have you faced?
There have been two things in particular. There’s an authentic story behind the distinctive shape of our cruiser board, however we found that a challenge with some stockists because it’s original and they think it’s a novelty. As for the vintage sweats, we grade every one and make sure we are happy to wear them ourselves. Because they are vintage, they’re not for everyone, but then not everyone wants to look the same.

Who or what do you take inspiration from?
To name a few, MAD magazine, our longboards are inspired by the late Tom Sims… 80’s B movies, Charles Bukowski, Stephen Powers, Stan Freberg, Bill Hicks, Craig Stecyk.

Are there any indie brands out there that you think are doing great things?
We like what T.S.P.T.R. are doing. We both seem to come from the same mind-set, with our love for vintage cuts. I bought a Blast Skates tee a year or so ago, been following since and keep liking everything they do. Warriors Of Radness were doing great stuff too but don’t know what’s happened since the American Apparel takeover. For truly independent retailers The Other Side Of The Pillow is it all. Henry sells vintage Vans to the old skaters and sneaker lovers, that’s where you go for the one offs.

What does independence mean to you?
Making my own decisions and understanding what effect they might have. The creative freedom to direct the brand from what I originally created and seeing how that develops and hopefully grows into something recognisable.

What’s the single greatest lesson you’ve learned from setting up your own business?
Patience. It can take time to progress, and your original vision may well change with this, so don’t worry if it takes longer than you thought, it’s all going to work out in the end.

What are your ambitions for the future of APN?
Building on Bill Hick’s phrase, ‘It’s just a ride’. We’ve incorporated this as the tag-line for APN and we’ll develop carefully, making sure the sentiment on which it was first spoken by Hicks is shared and carried on. We’ve been working on an APN cruiser deck that is made from the burnt-out wood from Hastings pier after it was torched in 2010. It’s taken about a year to get to this point, we’ll be launching that in May, ready for the summer. Due to the scarcity of the wood, we’re only able to get enough for 50 decks. Finally, part of the plan is to open our own store, this year, if we can find the right location or partner.

Find out more about APN.

Linkedin
RELATED ARTICLES
OTHER ARTICLES
For over a decade, gamblers have won big by employing people to place live bets from the court. But does this dubious method still work?
Following the announcement of an 80% hike in the energy price cap from 1st October, crowds gathered outside the offices of energy regulator Ofgem to protest and declare their intention to undertake a payment strike.
A group of young Palestinians have found temporary freedom in the act of parkour, reimagining wreckage and ruins as a series of high-octane playgrounds.
Thousands attended the annual event this year to wheelie through the city and call for ‘knives down, bikes up’.
By turning a real-life crisis into daytime television fodder, TV bosses have once again shown themselves to be completely out of touch with audiences.
With skyrocketing rents, packed out viewings, bidding wars and more, renting in London has never been harder.