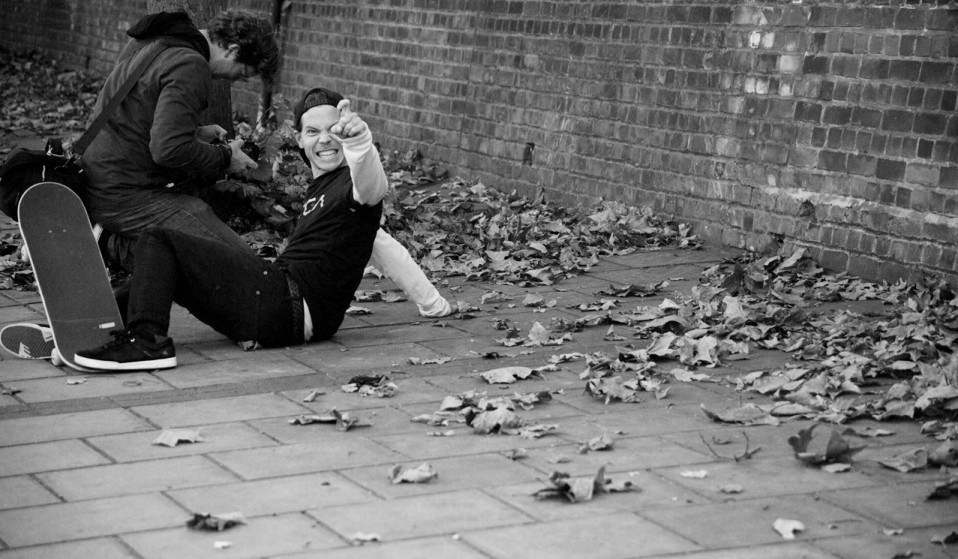 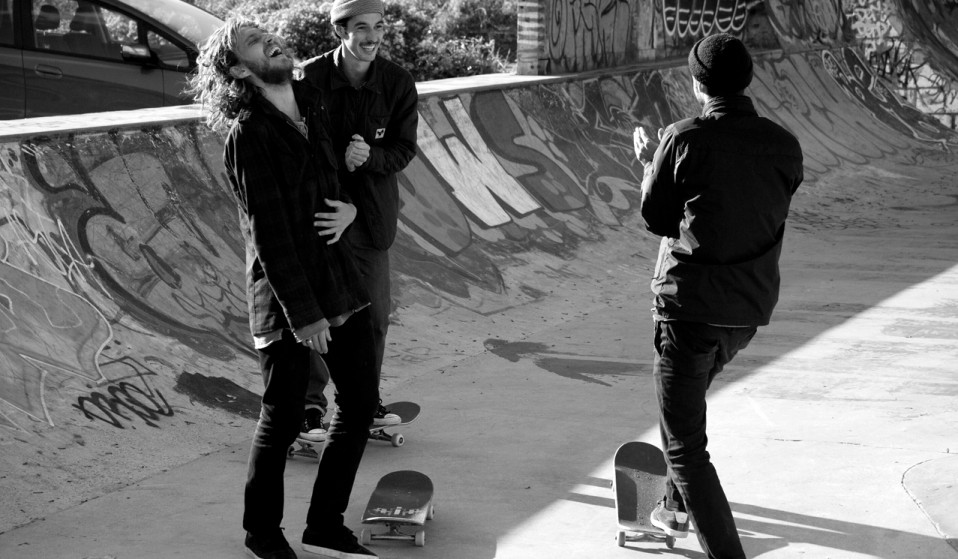 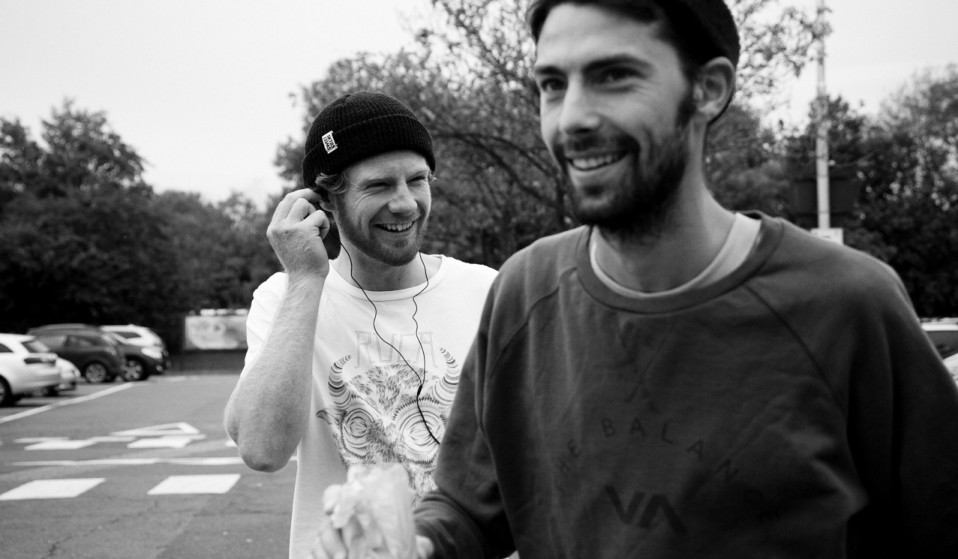 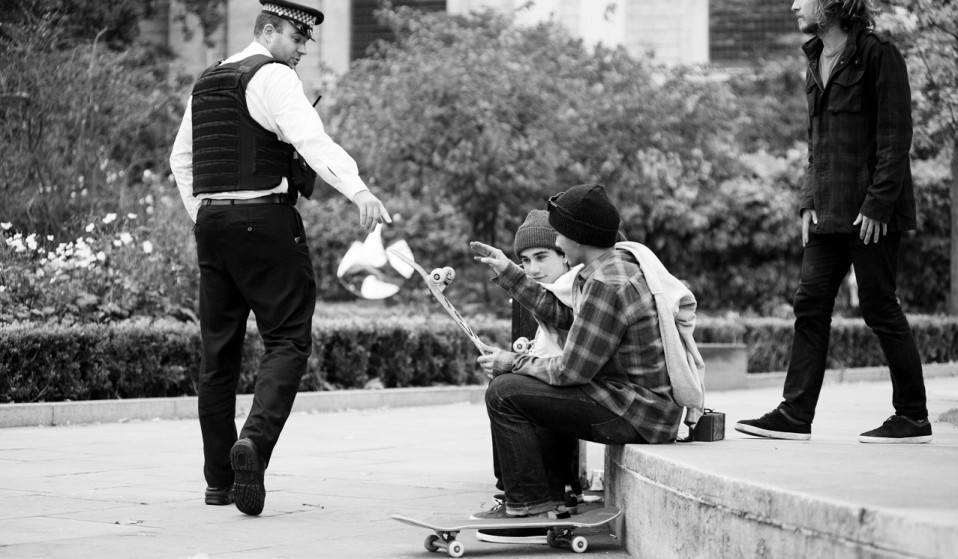 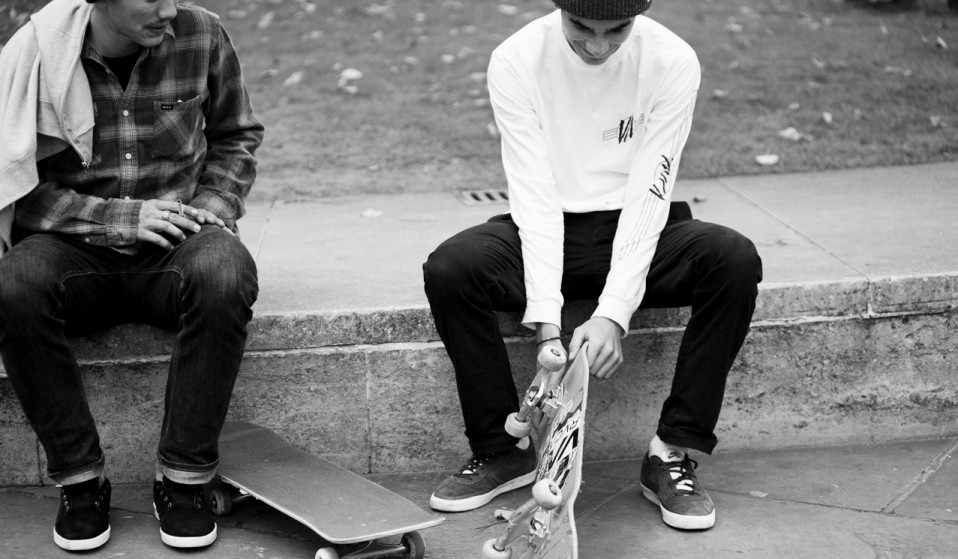 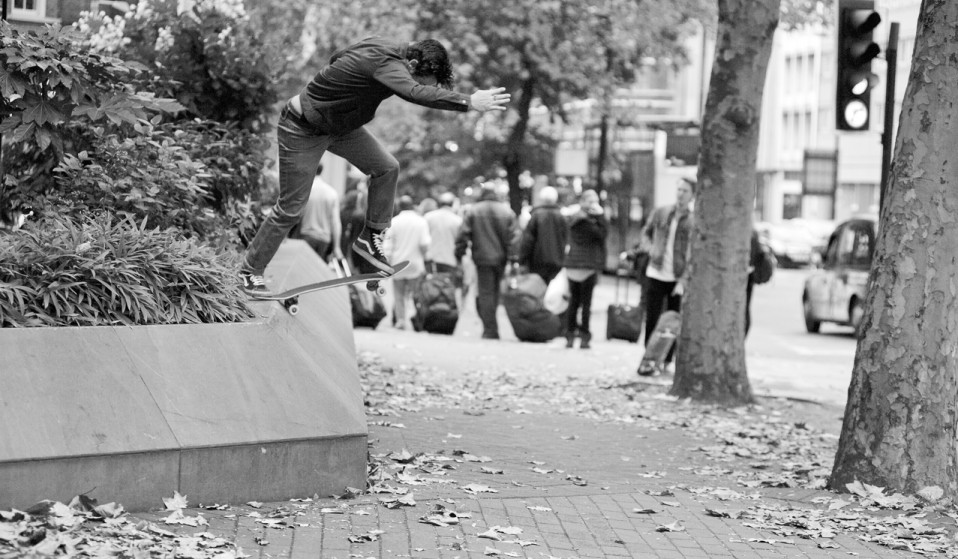 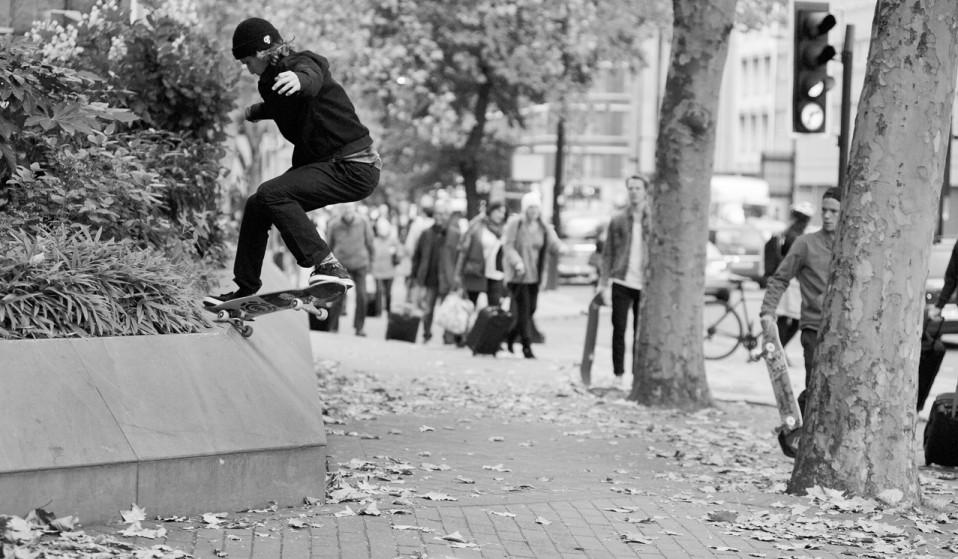 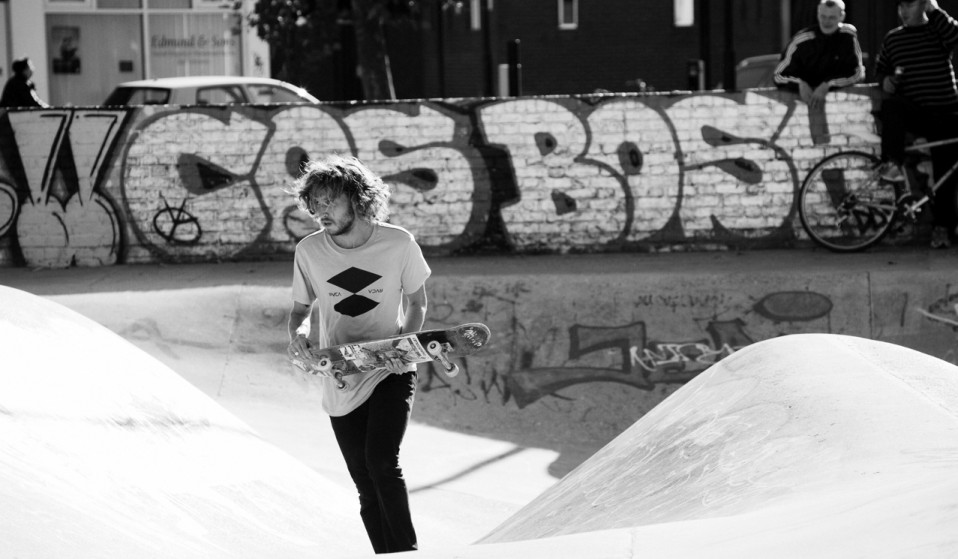 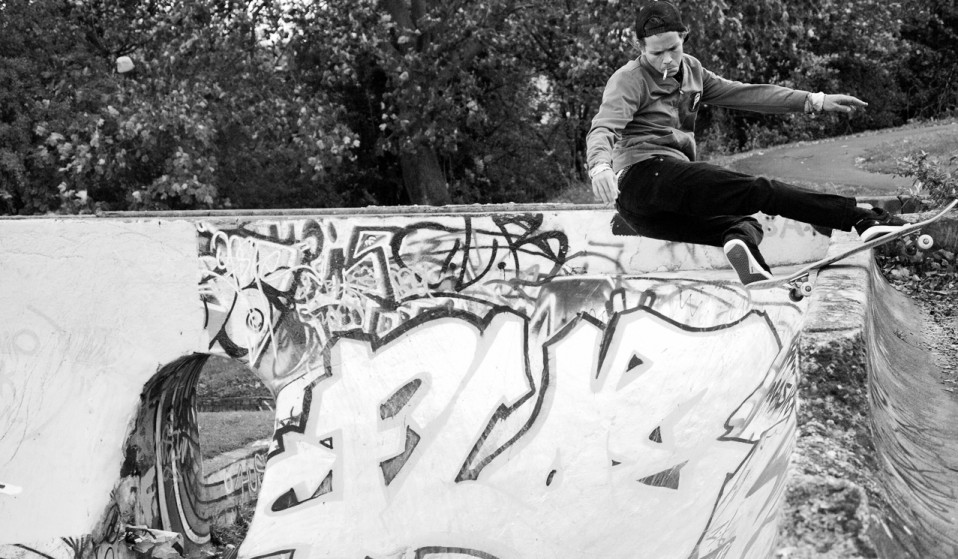 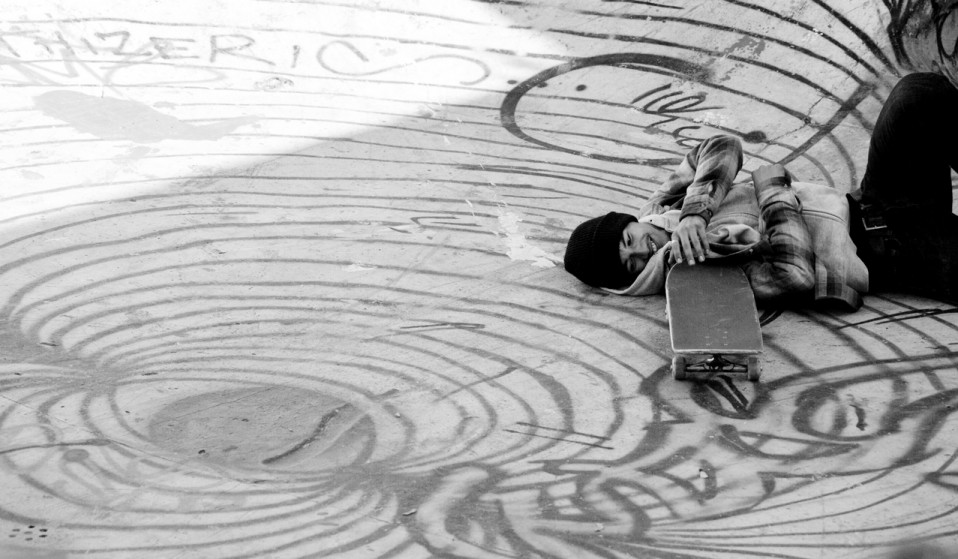 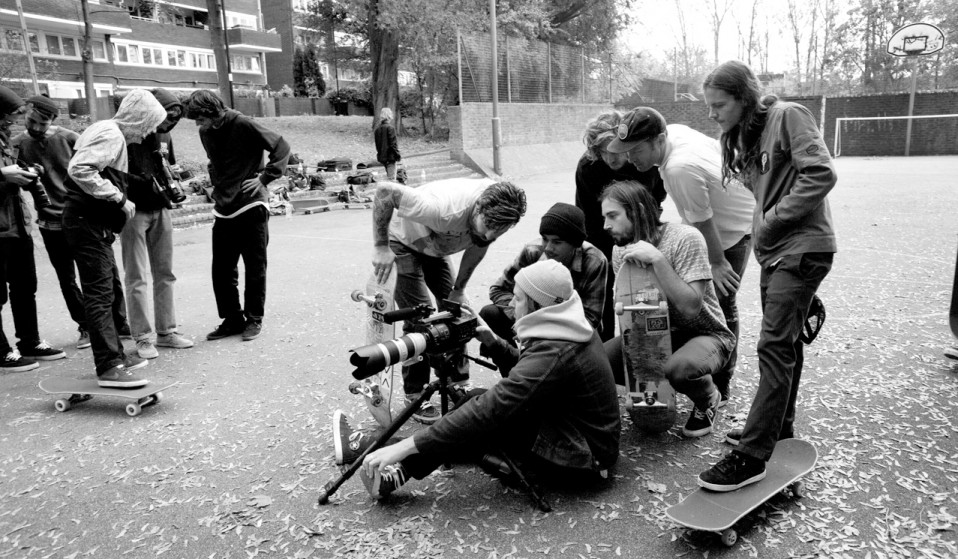 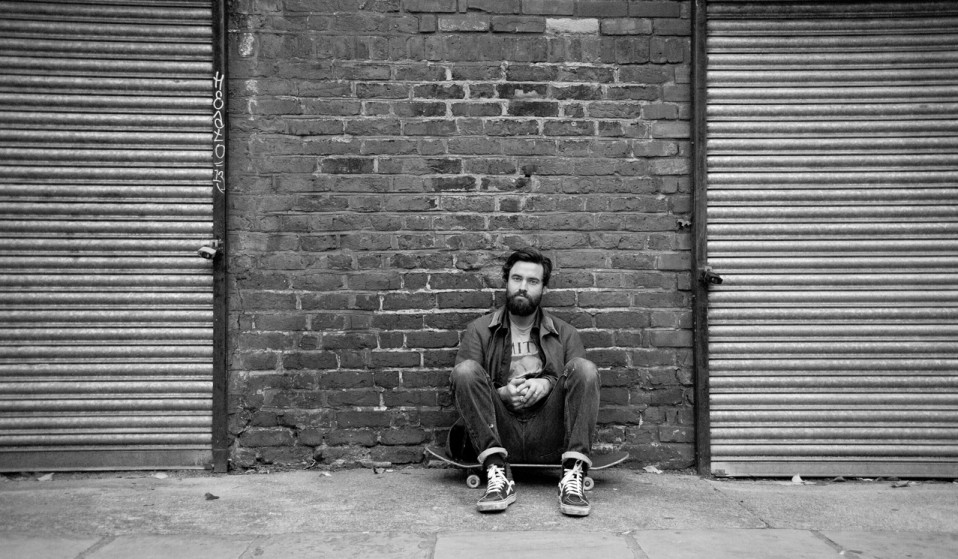 What spots did you go to?
We went to a couple skateparks including South Bank, Meanwhile, the one with the Gonz gap and a lot of other street spots around London, can’t remember the names. Jacob Harris showed us around. Then we visited Nottingham, Bristol and Kingston, just for a day each.

Best moment?
Any time the police turned up and instead of kicking us out were hyped on what the boys were doing and tried to give us more time.

Worst moment?
One of those double-decker London buses smashed Didrik’s board, wheels and trucks got fucked too, while warming up at the ledges close to St. Paul’s Cathedral. Worst thing was it happened again with Jeremy when we went to Nottingham, and you know how annoyed skaters get when they have to change the set-up they’ve being using for a while.

Soundtrack?
Jeremy was carrying around a speaker the whole time hanging from a shoelace, so he was in charge of the tunes, from Black Sabbath to Alan Coe.

Any memorable quotes?
My favourite was in a Spanish accent from Octavio’s mouth: “Papi is on fire!!” Haha.

Linkedin
RELATED ARTICLES
OTHER ARTICLES
From the chip shops, to the bingo parlors and burlesque dancers, photographer Mike Coles remembers capturing scenes of holidaymakers by the English coast.
Last week, Tower Hamlets council removed its nudity-restricting licensing conditions in a huge win for London’s kink community.
Photojournalist Fiora Garenzi spoke with people still living in Eastern Ukraine, an area which seen some of the heaviest fighting since the war began.
A sharp increase in officers armed with the electrical weapon is resulting in serious injuries and deaths.
A series of photos by the late Jerry Dantzic taken in 1957 show a tender side to the iconic Jazz musician.
As the Criminal Bar Association enters its fifth week of action, criminal barrister Russel Fraser explains why the legal professionals have walked out and how action is likely to escalate.