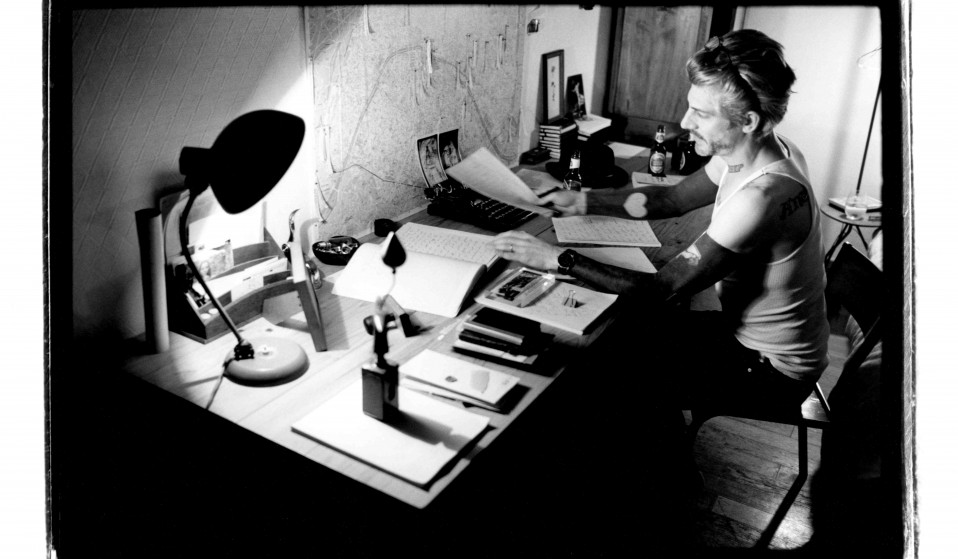 He rejected America for Paris and gave up skateboarding to write. Scott Bourne refuses to follow the pack.

He rejected America for Paris and gave up skateboarding to write. Scott Bourne refuses to follow the pack.

A man of words as much of action, former pro skater, writer and artist Scott Bourne has always been outspoken about the importance of living according to your very own beliefs.

Because of this willingness to take a stand, and never comply, he can tell you better than most that (what we call) “freedom” comes with a price. But Scott has always been able to create his own universe – on the streets, and then on paper.

Born in Florida, formed in San Francisco, and settled in Paris for years now, his take on his adopted home city would surprise most locals, as well as those that only come for the sights. As a father, a transplant and an explorer of thoughts, Scott is proof that embracing adulthood does not have to rhyme with giving away your dreams. 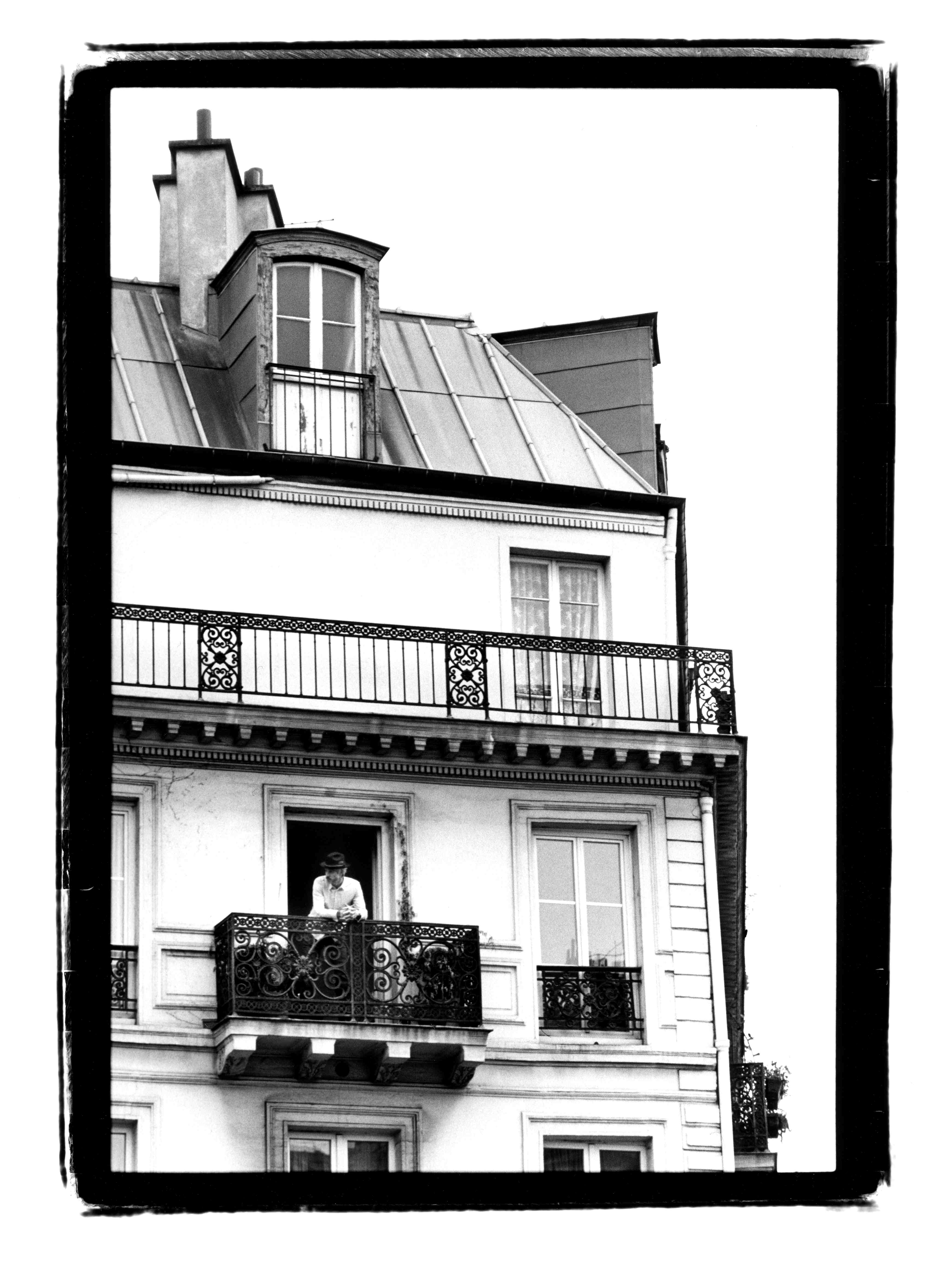 So, when are you moving back to the States?
I have no desire to return, and now that I am a father it’s absolutely certain that I am not taking my family there. America is a madhouse and people are trained to end up in the hospital and to do so without healthcare. The level you have to be on to survive is outlandish and to enjoy life, well you’re playing with your soul. It’s sad to see such a fabulous idea reduced to banks, big businesses and the people that have bought the government.

How does parent life work with the act of writing? I know you are into having a strict schedule…
It’s just about discipline. And, like all things, if you don’t have discipline, you are not going to achieve your goals. You can’t write a full-length novel without putting a lot of your life on the page – and these days I am drawing a ton of inspiration from my son.

Is free time, outside of being a parent, the main motivation to work now?
I work all the time. My mind is always running scenarios. I see something I like or hate about a person and I scribble it down in a notebook and attach it to a character somewhere down the line. Lots of what I see daily turns up in poems or gets jotted down in a journal and is never seen again – but it’s all part of the process. 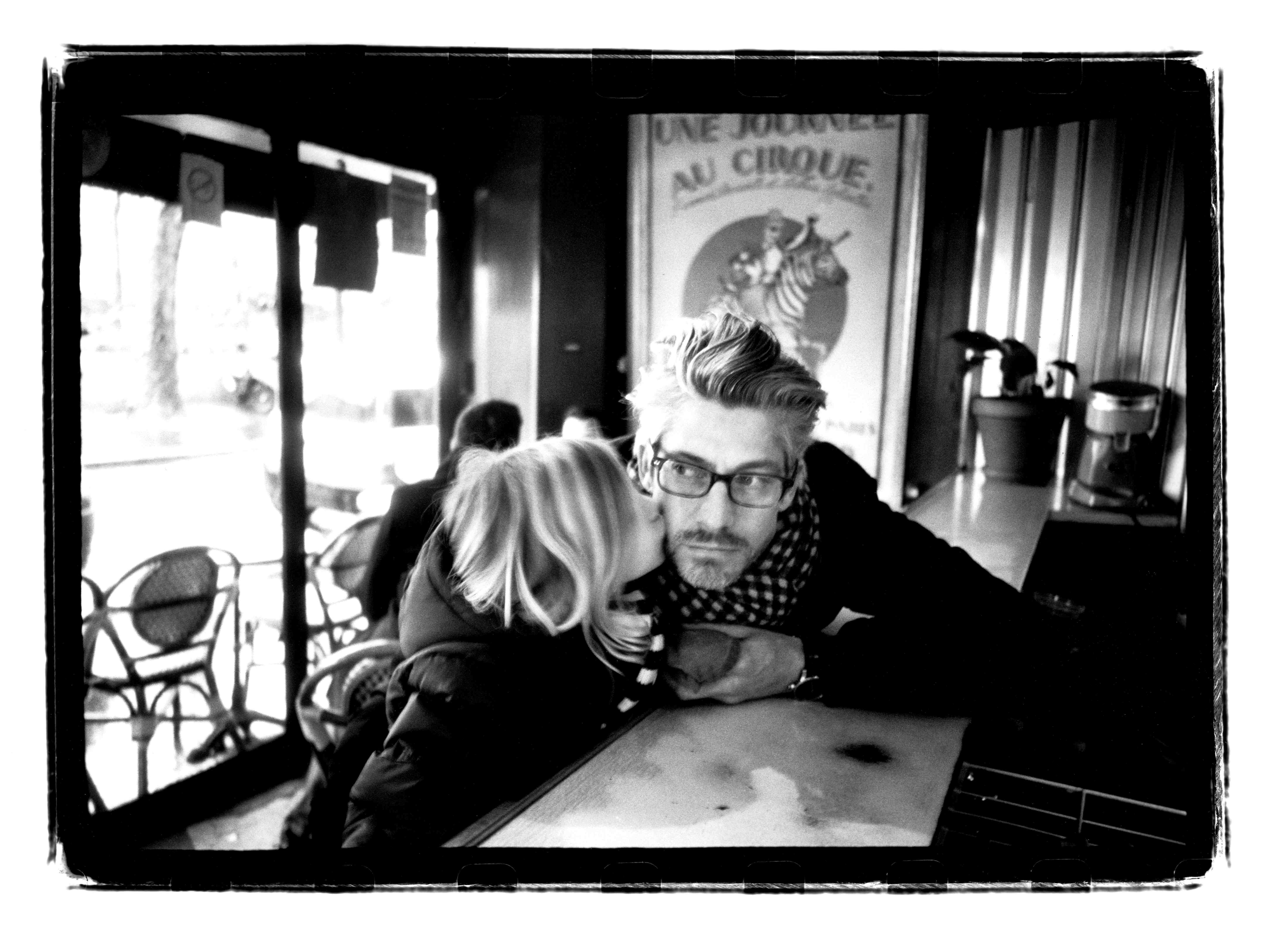 You once said, “Work is freedom.” Do you still believe that?
I basically see ‘work’ as something you do for yourself and a ‘job’ as something you do for money. People often confuse the two, which is completely understandable. With that said; anyone who gets to work on a daily basis is in an extremely free situation. I am fortunate enough that I have my work. The writing is certainly not paying my bills but it is doing something I find far more important in the stream of the universe. Some things keep the economy booming and others keep the stars in line. Not that I am fixing the cosmos, I just understand that some things are without immediate earthly rewards.

What are you currently working on?
Too much! I have a book of short stories entitled Orgy Porgy that will be out sometime in the spring of this year. Todd Bratrud illustrated the cover. I also wrote a screenplay for Olesya Rulin, which is based around that same book of shorts. Since my son was born, he has become a big muse in my life and I have written two children’s books; one which is being illustrated by Hannah Hooper, the other by Andrew Pommier. I have also been working with Todd Bratrud on an illustrated poem called ‘Soothsong’, which we have finally committed to finishing this year. But the main thing I am focusing on right now is a new book of short stories about my restless youth, Short Stories From The Long Road. It’s a sort of moral examination of who I am and how I came to the place I am in my life, but the stories explore a younger, wilder me: Hitchhiking, jumping trains, running away, fits with the law, jail time – all the illegal parts of a youth that is not even possible for a child to have anymore. They are all stories that friends have heard me tell but I have never felt compelled to write down before my son came into this world. At the same time I am editing a second full-length novel. There’s a lot on my plate. 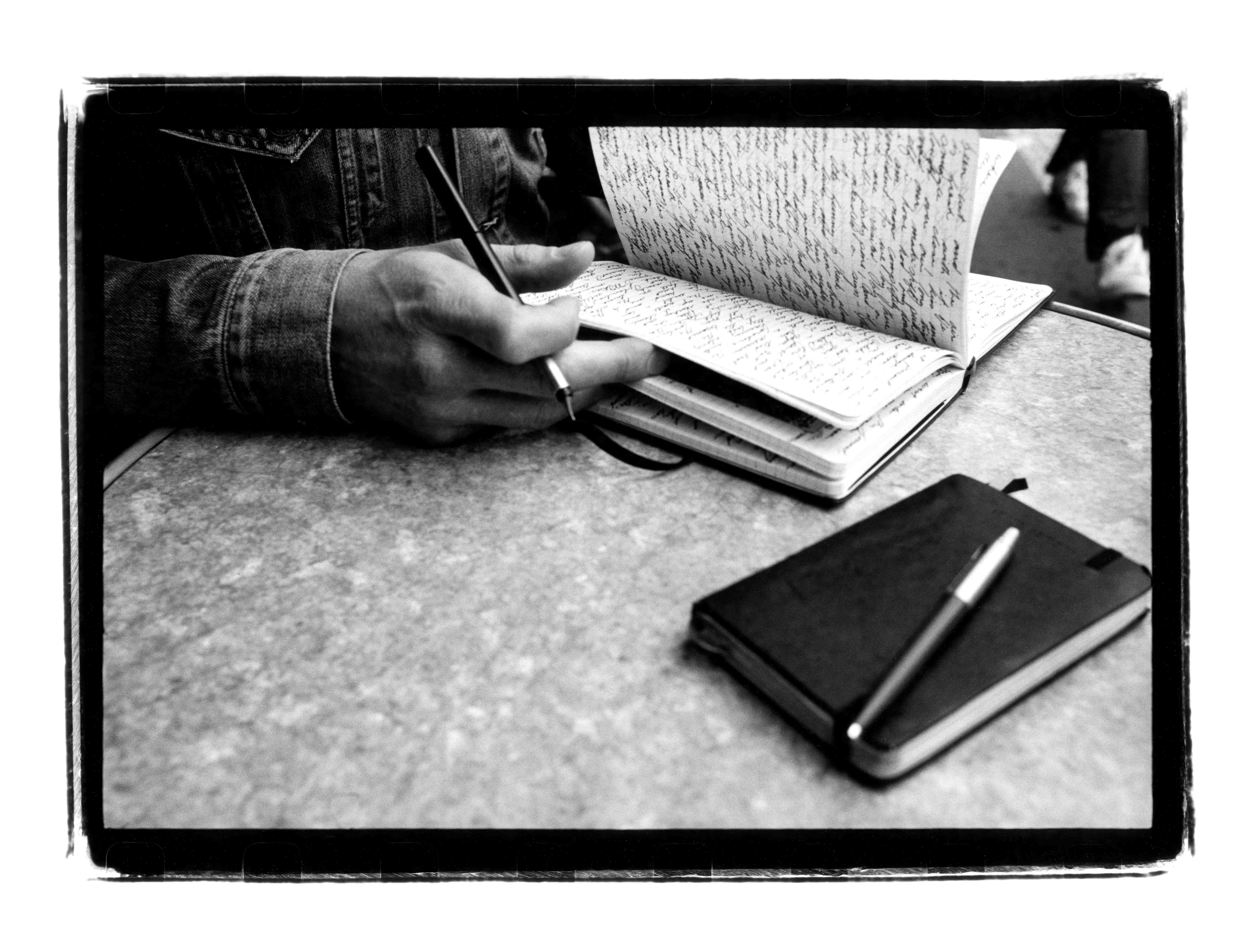 I find it interesting that you find your child so inspiring when many feel that parenthood is the end to freedom…
For me, it’s a whole new freedom: I get to run through the parks and play on the monkey bars. I get to make animal noises and take baths with a three year old and all his toys. I get to be a little boy again and look at the world through his eyes. This is exactly what one of my children’s books is about! It’s going to be entitled Tiny Fingerprints. It is basically about him taking my glasses off my face and putting them on his. When he sees how his father sees the world he promptly crams them back on his face, and I am forced to see the world through all of his tiny fingerprints. It’s a metaphor for looking at the world as your child does.

What does independence mean to you?
I would like to tell you that it means everything to me and as a person it does but, in this modern world, everyone has become so dependent on the silliest things and we have made such a mockery out of life that we no longer have the choice of independence. This is what I am approaching in ‘Soothsong’: “Cell-phone scarecrows stranded on the yellow brick road. Slaves to an all-seeing Internet Oz who’s given them brains, but stolen their thoughts.” It’s a generation of follow not lead, and I guess in essence is what my new book of shorts will explore – the ability to get lost in the world and one’s self, as we did in the era I am from that formed me as an individual. I remember in the ‘90s everyone was really upset about cameras going up on every corner you know, “Big Brother is watching!” Now everyone carries a camera and reports to the companies and governments for them. People literally carry GPS devices that show – anyone who wants to know – their every move, what they buy, where they go, how long they spend there, how much they spend and who they are with. No need for cameras on every corner anymore – you have become a surveillance system making meta updates to the corporations you seek inde-pendence from. How’s that for a sad truth on the great independence people claim to get from these devices?! 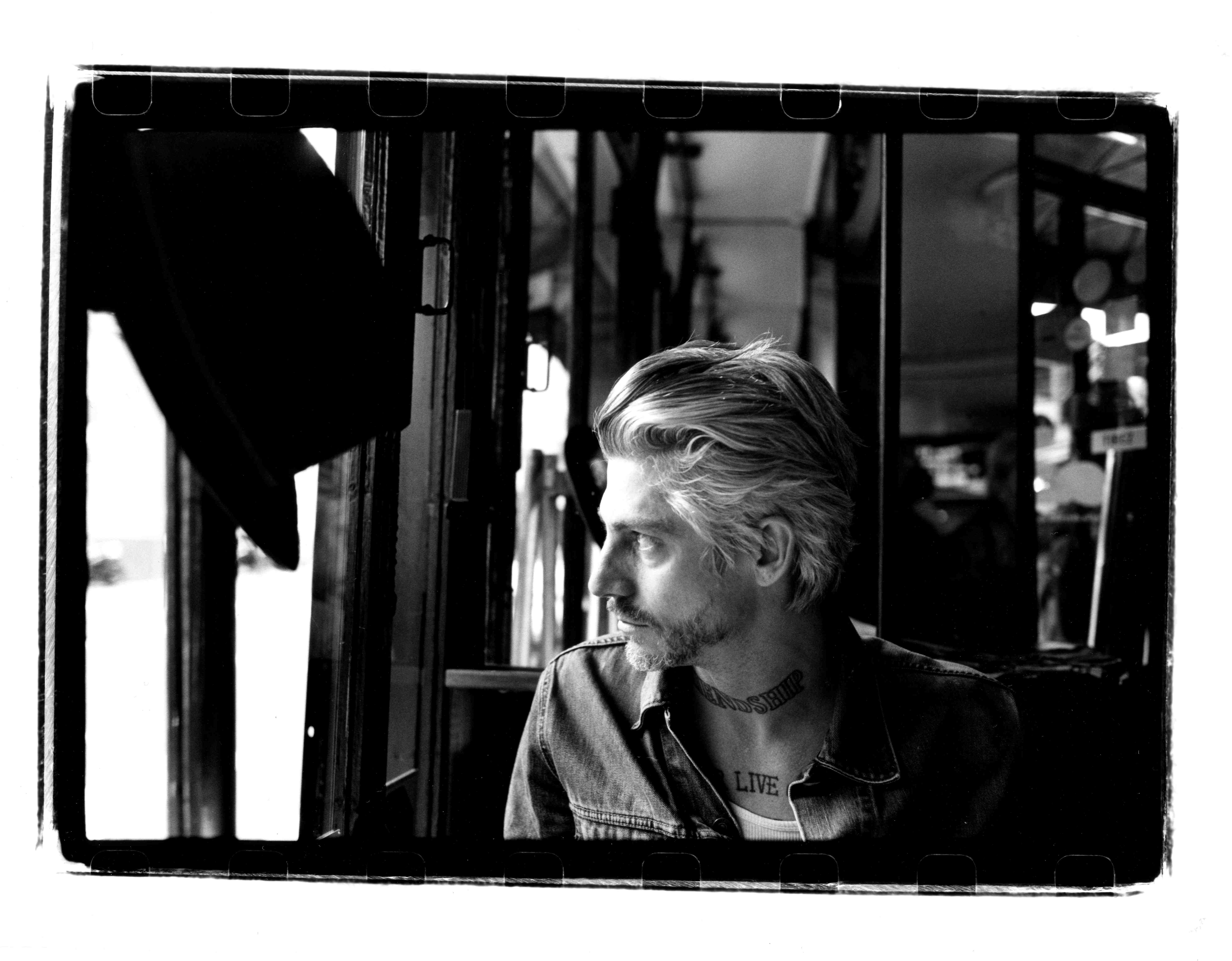 How does not being physically able to skate affect the way you look at skateboarding these days?
I am a skateboarder for life, no matter what I want to think of myself. Even when I am lost with friends in a foreign city and we have to retrace our steps I do it with the memory of life on a board. I will say things like, “No, we came this way, I remember that ledge!” or justify that we never came down this street because the texture is too rough and I would have remembered that. I recognise things about my environment that others don’t and my landmarks often seem strange to them. It’s just how I take in the world. Maybe someone that studies nature would do the same thing claiming that we never passed this tree. With that said — I am no different than any other human. I have my eyes on my interests and of course that’s where they focus. It’s just that skateboarding is such a deep part of my nature and how I operate in an urban environment. I mean in order to remove this way of seeing I would have to live somewhere without cars, asphalt, or any sort of skateable terrain. The entire way I operate in this city is based around a set of danger-skills developed from years and years of playing in traffic.

Any last words? Yeah, for sure. Follow no one!

Linkedin
RELATED ARTICLES
OTHER ARTICLES
Our new magazine is here, starring the inimitable Mitski. Order your copy now and join us on a trip around the world.
After news broke last week around an expected reversal of the 1973 landmark law that made abortion legal in the US, protestors gathered in the UK in support of American women.
Photographer Phyllis Christopher recalls capturing sex and protest at a time when the city had become a haven for the queer community.
Over the weekend, London locals came together to resist a pre-planned police raid targeting delivery drivers.
The government is scrapping the Human Rights Act in a move that will hit marginalised people hardest.
The government’s failure to take long Covid seriously has led to the formation of a group campaigning for the thousands of forgotten victims of the illness.