Outdoor / Skate / The young skater shredding through the Stockholm snow

Watch Swedish skater David Stenström shed a light on his life on and off the board in the first instalment of Homegrown, a new film series from Converse.

Watch Swedish skater David Stenström shed a light on his life on and off the board in the first instalment of Homegrown, a new film series from Converse.

Though his dad was a skater, David Stenström never felt pushed by him to pick up a board.  It was after seeing a photo of his father doing a frontside air that David decided he should probably give skating a try. Since then the young Swede, who you’ve probably seen in Polar videos, has barely stopped shredding, and is the subject of the first episode of Homegrown; a new series from Converse in conjunction with Free Skateboarding Magazine that focuses on European skaters both off and on the board.

In just under 10 minutes, the film, shot by independent filmmaker Dan Magee, follows David in his native Stockholm, a city so frequently hidden beneath the snow that even creating spots to skate in can often be a challenge in itself. Outdoor skating can be something of a luxury in Stockholm, but David rarely gets deterred and hits the indoor park, as well as just de-icing the banks himself. 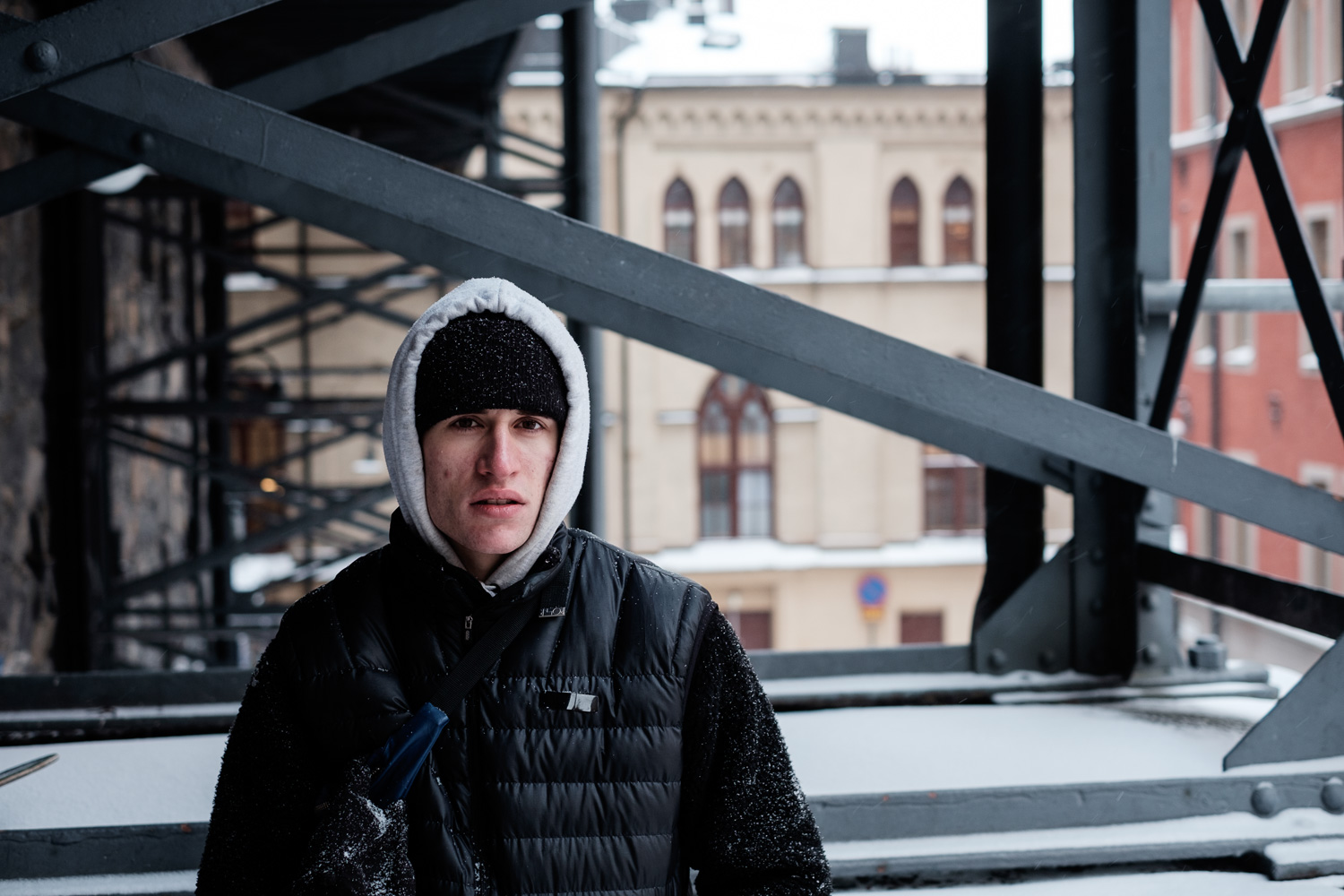 “There’s a lot of people complaining here like ‘oh I can’t skate outside’, but probably some of the best skaters grew up with a flat curb outside their house, so it’s not what you have it’s what you do with what you have,” David says.

As well as clearly demonstrating David’s ability on a board, the film shows a more intimate side to the introverted skater, as he laments on his late father and the influence he had on him, perhaps without him even realising.

“A lot of the older dudes in the skatepark that used to skate when my dad was skating are always telling me ‘it’s crazy you and your dad look exactly the same when you’re skating,” he explains, while going through his Dad’s old skate magazines. “I just remember how stoked I was on the old skate mags – everything now is crazy commercial but the old skate mags are just nice.” 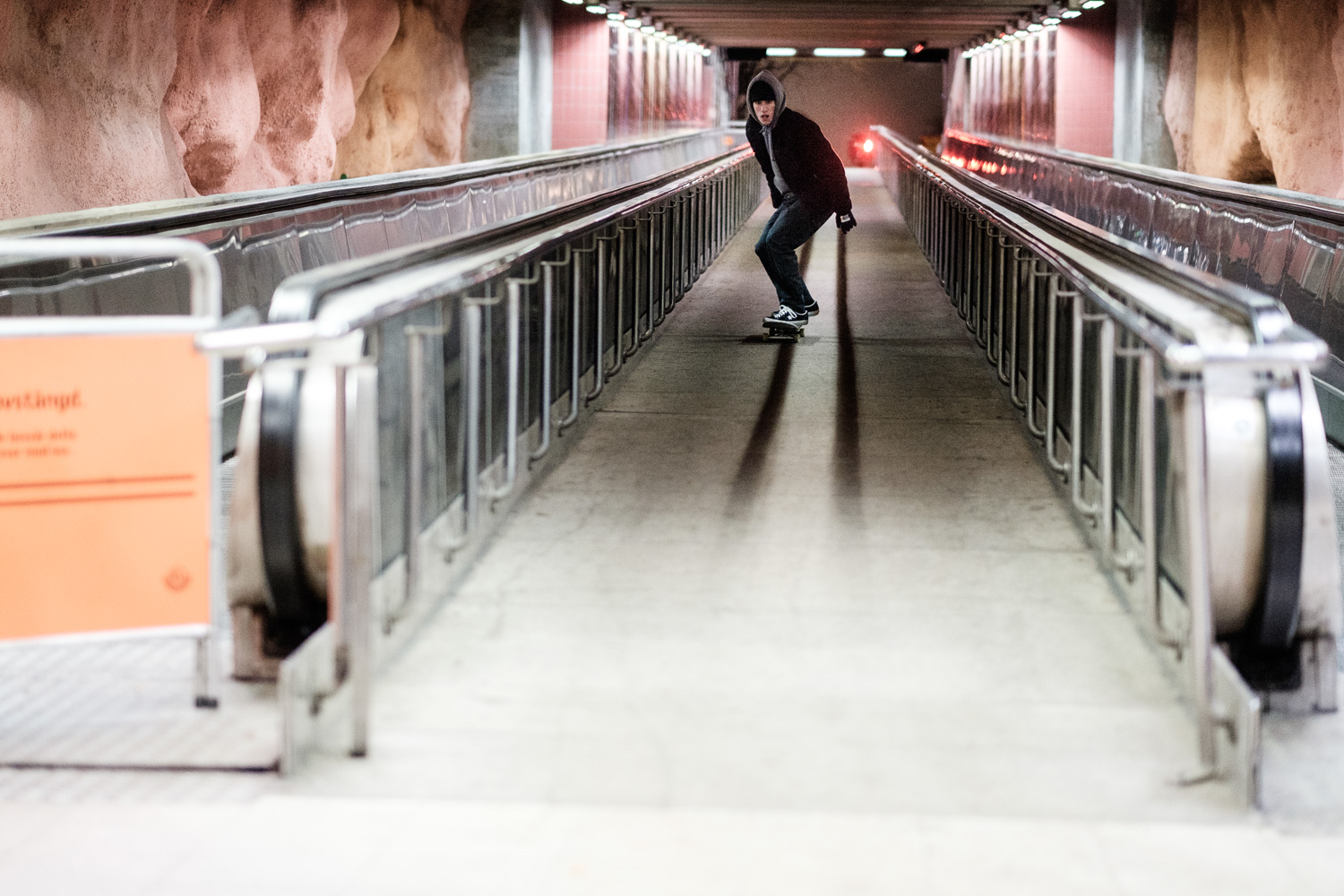 The first of hopefully many more, Homegrown’s first film presents a vulnerability and modesty often not explored in skating, and provides a deeper message about how skaters lives off the board can be just as important and influential.

“I think when you’re younger you like something and you only do that,” David says. “You don’t really think about anything else, [but] it’s way more than just skating.”

Converse One Stars are available now.

Linkedin
RELATED ARTICLES
OTHER ARTICLES
The author discusses the all-consuming nature of heartbreak, and turning the experience into an incisive exploration of love and loss.
Finland-born photographer Sirkka-Liisa Konttinen looks back on her decades-long documentation of life in Northern England.
Photographer David Hoffman recalls documenting the extreme wealth inequality around Tower Hamlets and Hackney int the 1980s.
In her new book, the author explores the country’s housing crisis in human terms and calls for radical action to address a broken system.
With inflation now at a 40-year-high of 9 per cent, demonstrations organised by TUC took place to demand action from the government.
The singer-songwriter discusses her intimate new project – and the advice she’s picked up across a career as one of rock’s leading voices.