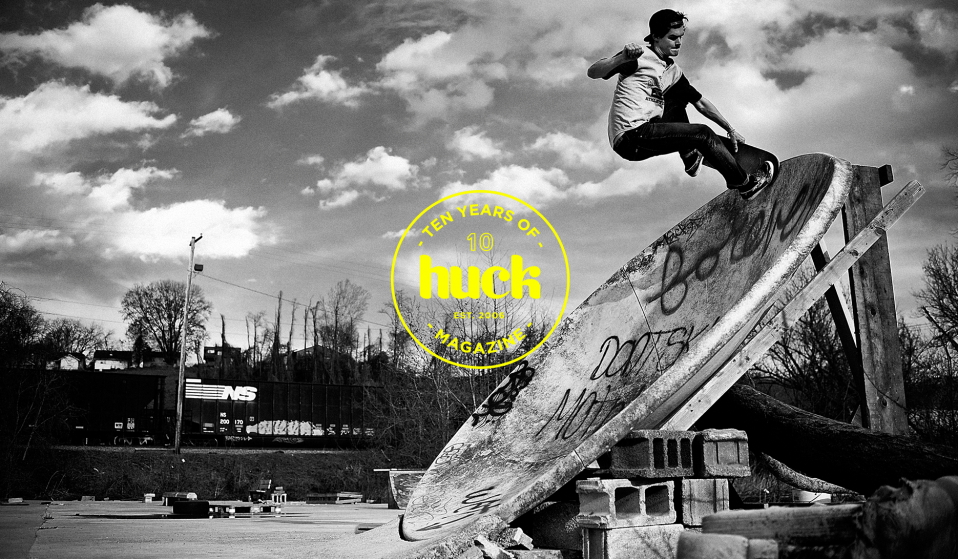 To celebrate 10 years of Huck, we're digging through the archives to unearth stories that feel as relevant as ever. In 2011, against a backdrop of economic scar tissue, photographer Mike Belleme documented the vibrant emergence of foundation skate spots, which are breathing new life into America’s forgotten corners.

All across the United States crumbling buildings reflect a crumbling economy, but leave it to skaters to find opportunity where others have failed. In hundreds of American cities, cement foundations where buildings once stood or were due to be built are becoming the base for mini skate Meccas. These spaces, forgotten by the rest of the world, offer both the raw grittiness of street skating and the hassle-free aspects that we love about skateparks. While the lawless nature of these spots makes them attractive to freedom-chasing skaters, it’s also the very thing that leaves them vulnerable. If you think having a huge, wide-open, smooth concrete space where you and all of your friends can build ramps and ledges, have cookouts and not be bothered by anyone is too good to be true then, well, you’re probably right.

The coolest part about watching the development of a foundation spot is the pooling of resources, knowledge and energy. “The spots are temporary by nature, so it’s good not to spend a lot of money on them if you can help it,” says Rob Sebrell, a skate shop owner who has been spending most of his days off working on a foundation in Asheville, North Carolina. Materials for Asheville’s foundation have mostly been gathered on site, where there is an abundance of cinder blocks, lumber, plywood and scraps of metal. It’s always a learning process as young kids work alongside seasoned skate vets, some with extensive building expertise and others who have never swung a hammer. 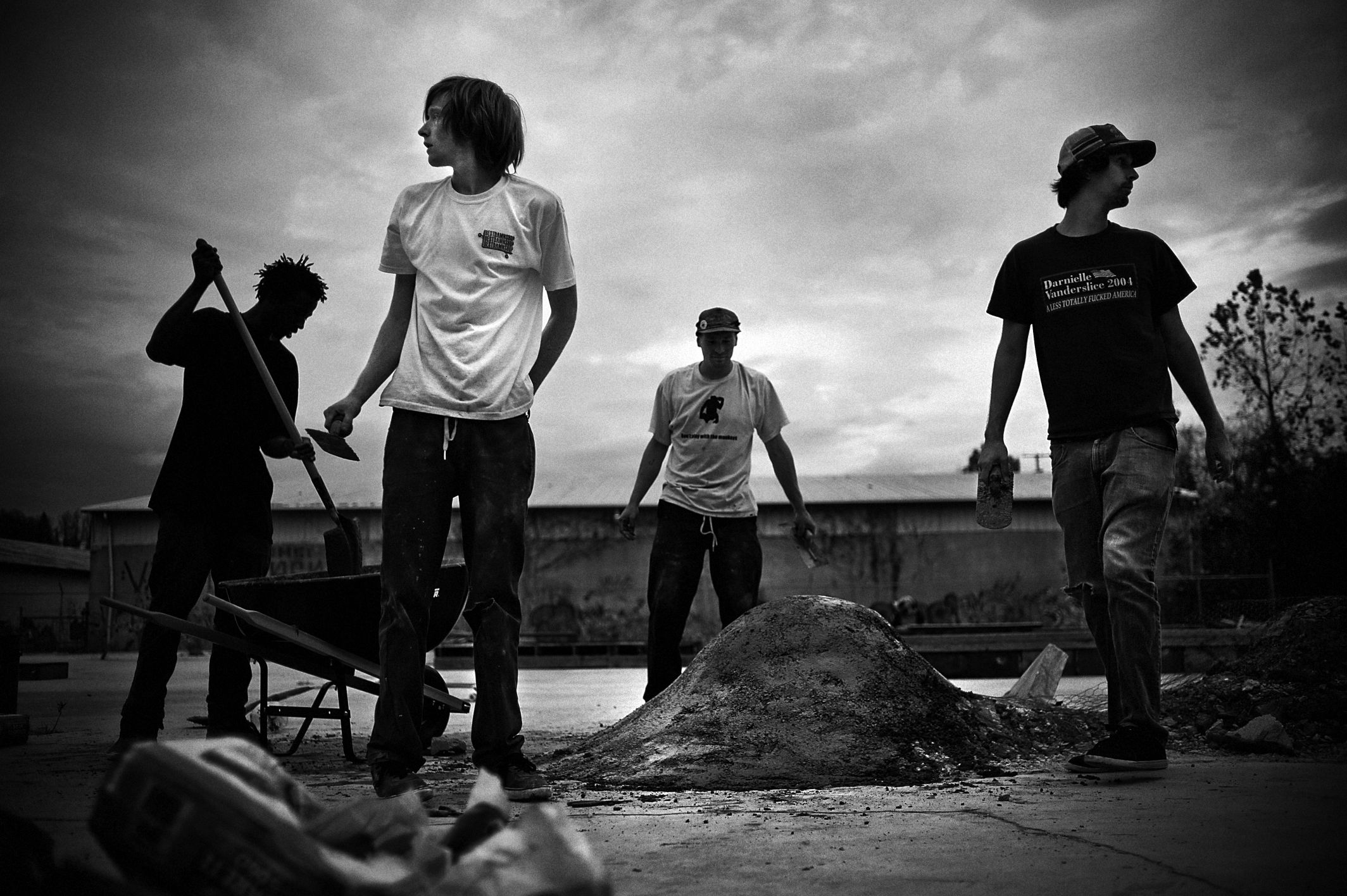 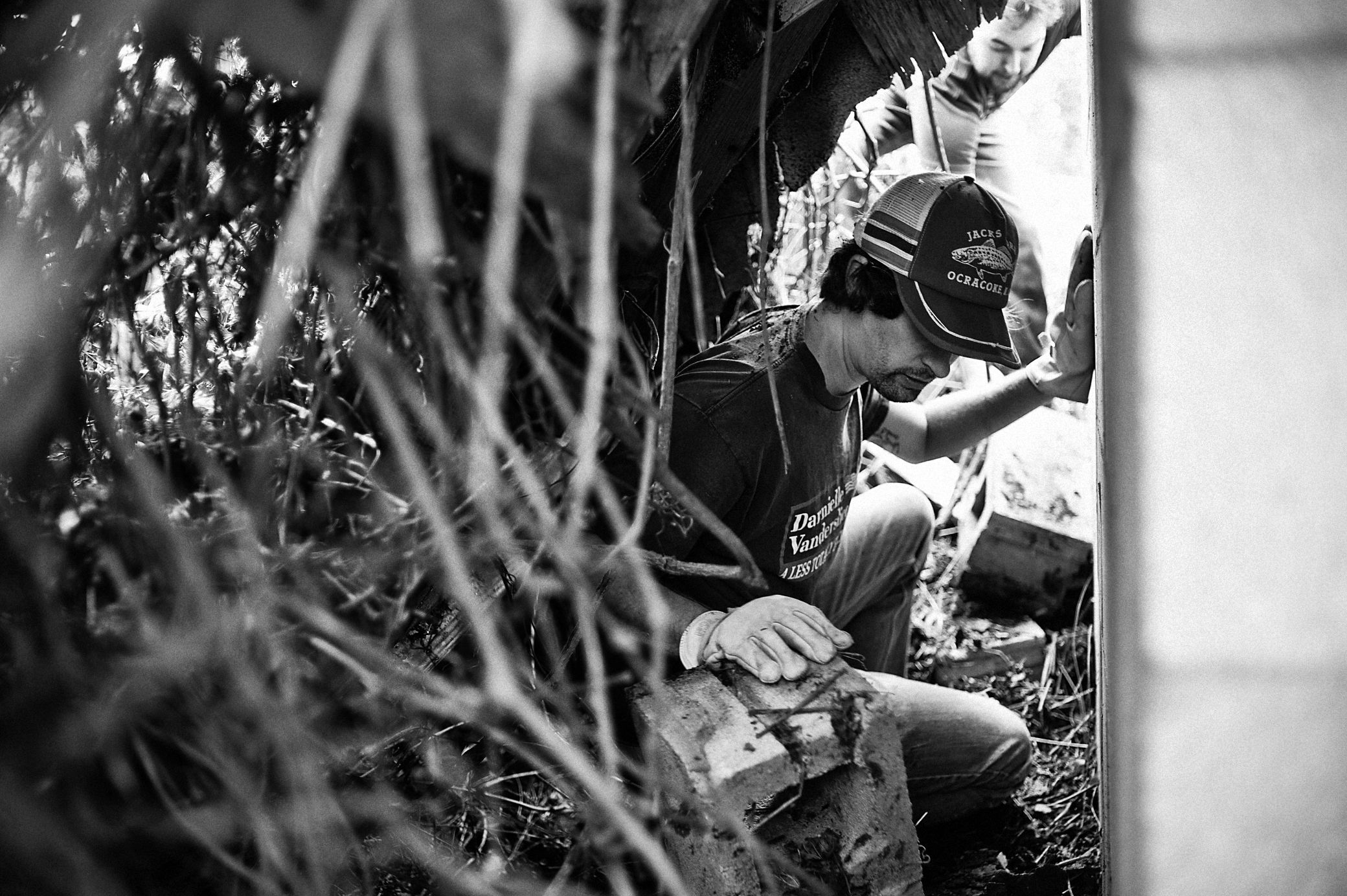 Sometimes the collaborative energy extends beyond the skaters and into the communities where the spots reside. In Greenville, South Carolina, Allen Glenn spearheaded the building of a foundation at the site of a demolished textile mill in one of the city’s poorest neighbourhoods. The crime-ridden location was specifically chosen because “no one gives a shit about this area to begin with”, as Allen puts it. He started bringing completes that he put together at the skate shop from discarded parts and offering them to neighbourhood kids who stopped by to pour concrete or shovel rubble. “The entire community was excited to have a positive outlet so close to their homes, so the best part for me was to see those same kids that I gave a complete to, using it and having fun,” says Allen.

Greenville’s foundation has since faced the same inevitable fate that almost all foundation spots do. Once the spot got really good, word spread and people started coming from all over. The influx of traffic to the neighbourhood was noticed and the result was that the city of Greenville purchased the plot of land in order to fence it off, threatening to incarcerate anyone caught on site. One might think that cities would welcome a place that kept the skaters hidden away and off the streets, but this story is becoming increasingly common. 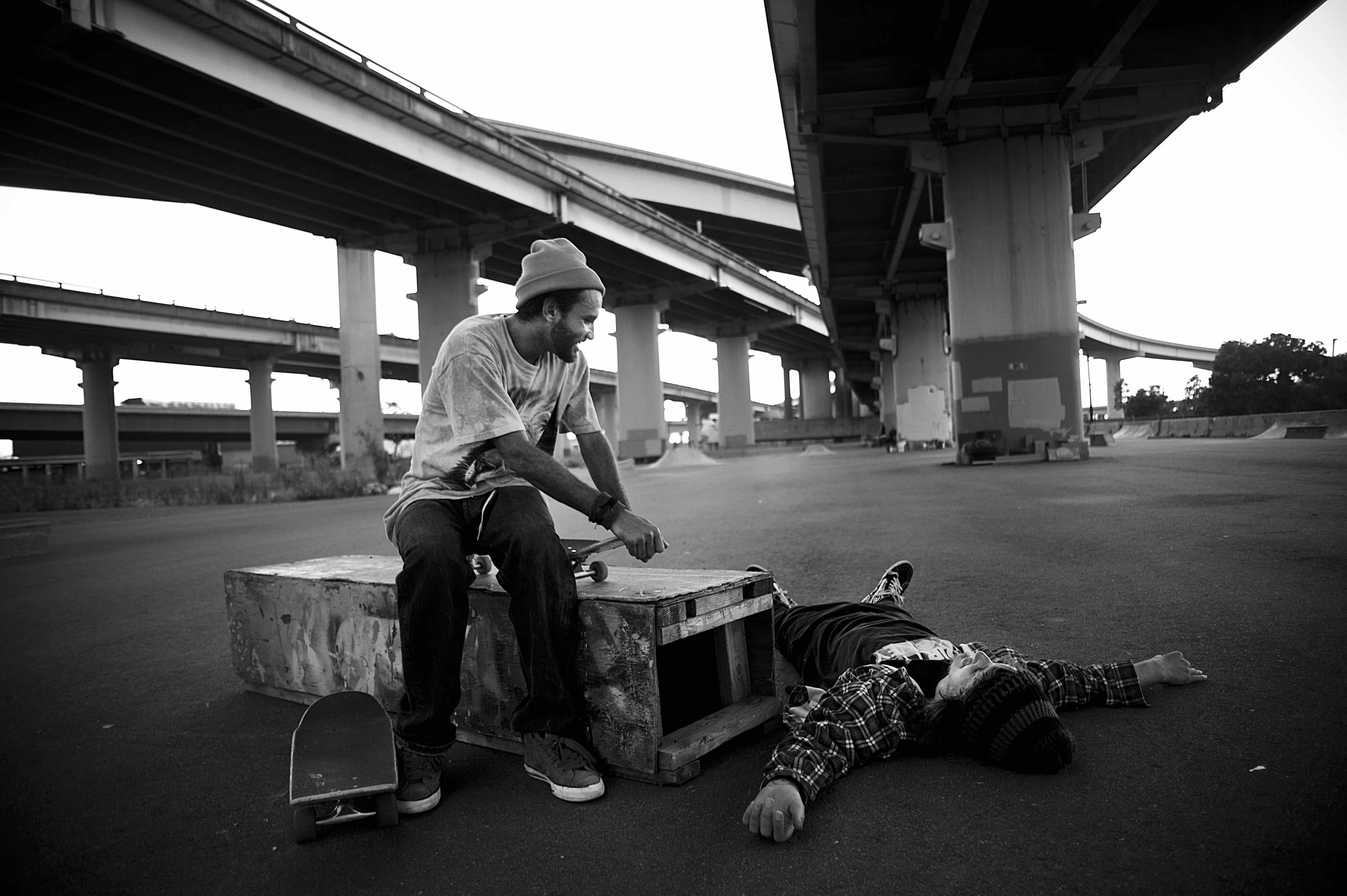 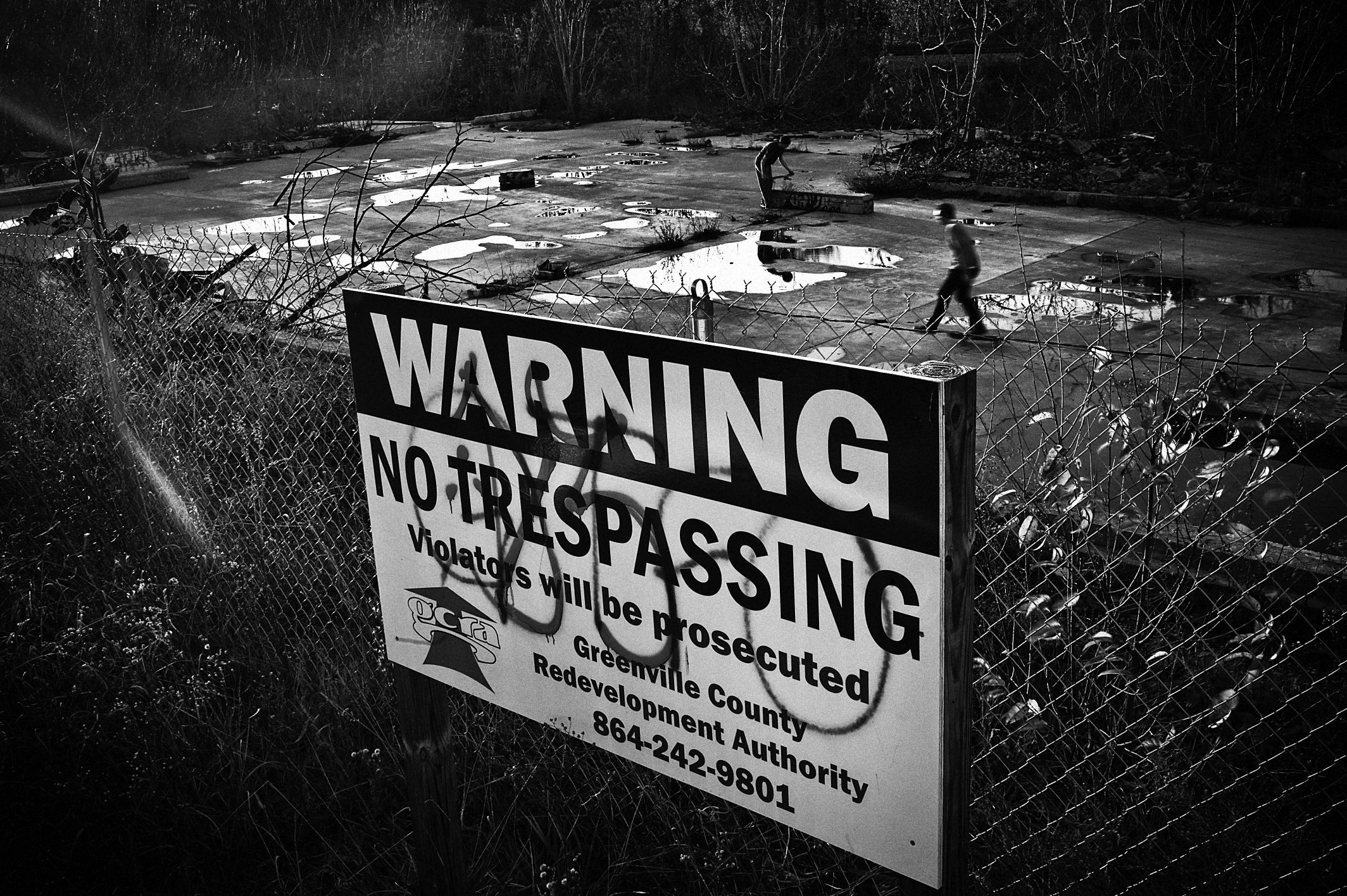 Countless foundation spots in Greenville, Asheville and other cities across the country, have been thwarted in one way or another by city officials or property owners. Sometimes, passers-by steal valuable materials like metal to sell to junkyards; other times, vandals come through and just break everything for fun. “We have had everything we built smashed to pieces and we rebuilt it again,” says Rob, who tries to keep attention away from the spot by encouraging kids to be respectful of the space and clean up trash. “Who knows how long it will last.” Lately, it’s become a popular hangout for high-schoolers looking for a place to get drunk, do drugs and fight, attracting more and more taggers and lurkers of all kinds. Often, it’s the things that come along with a skate spot, like graffiti and partying – which actually attract attention from the law or land owners, as opposed to the skating itself.

After dedicating years to a spot, it tends to take extreme measures to shut it down. The foundation in Greenville sat untouched for two years, with a fence surrounding it plastered with huge ‘No Trespassing’ signs until Allen finally said, “We are sick of having nowhere to skate so fuck ’em.” With that, he started going around the fence and skating again. So far, the police have come by a few times, but they think the whole thing is ridiculous, so they just tell everyone to get out. 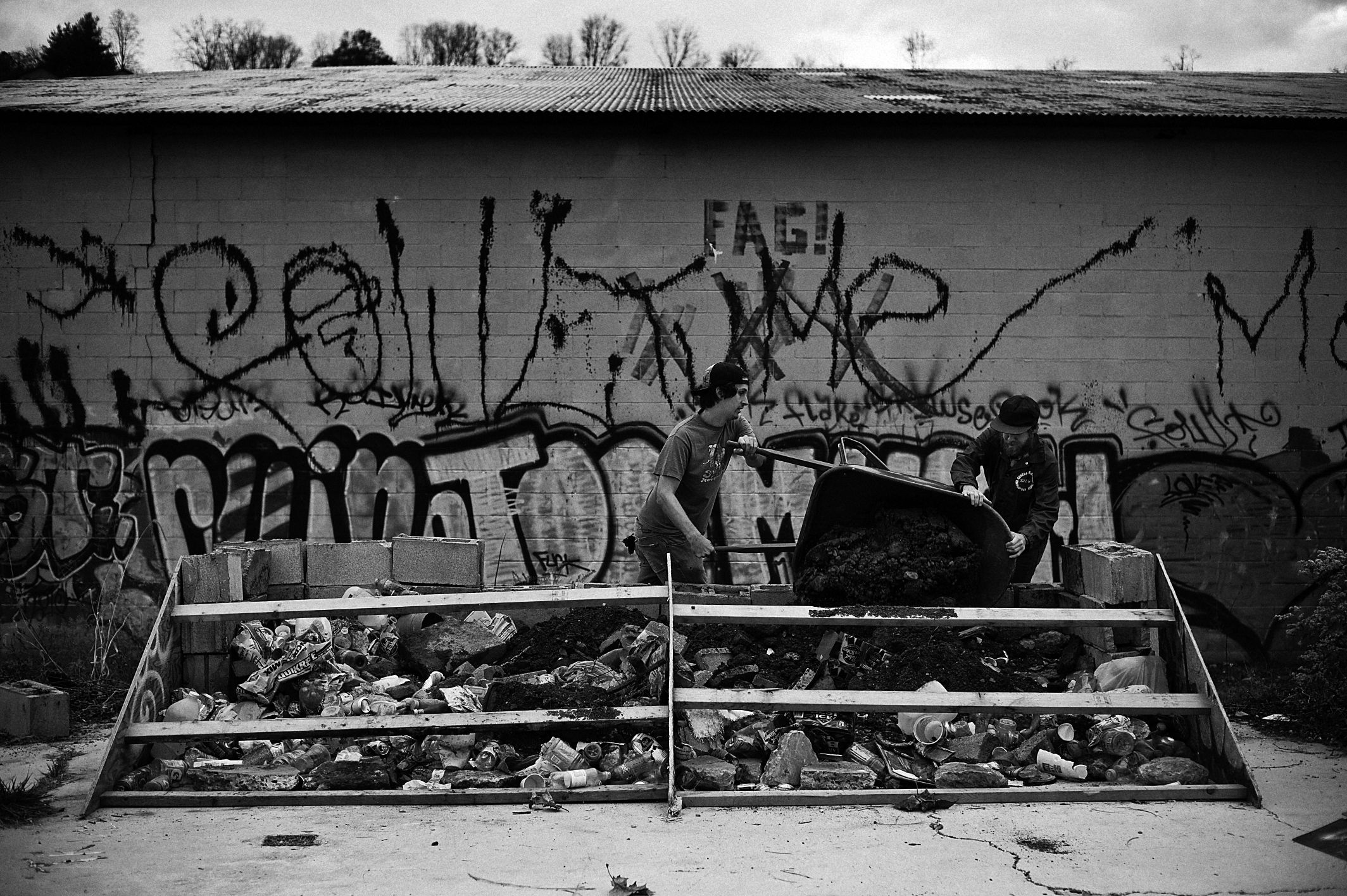 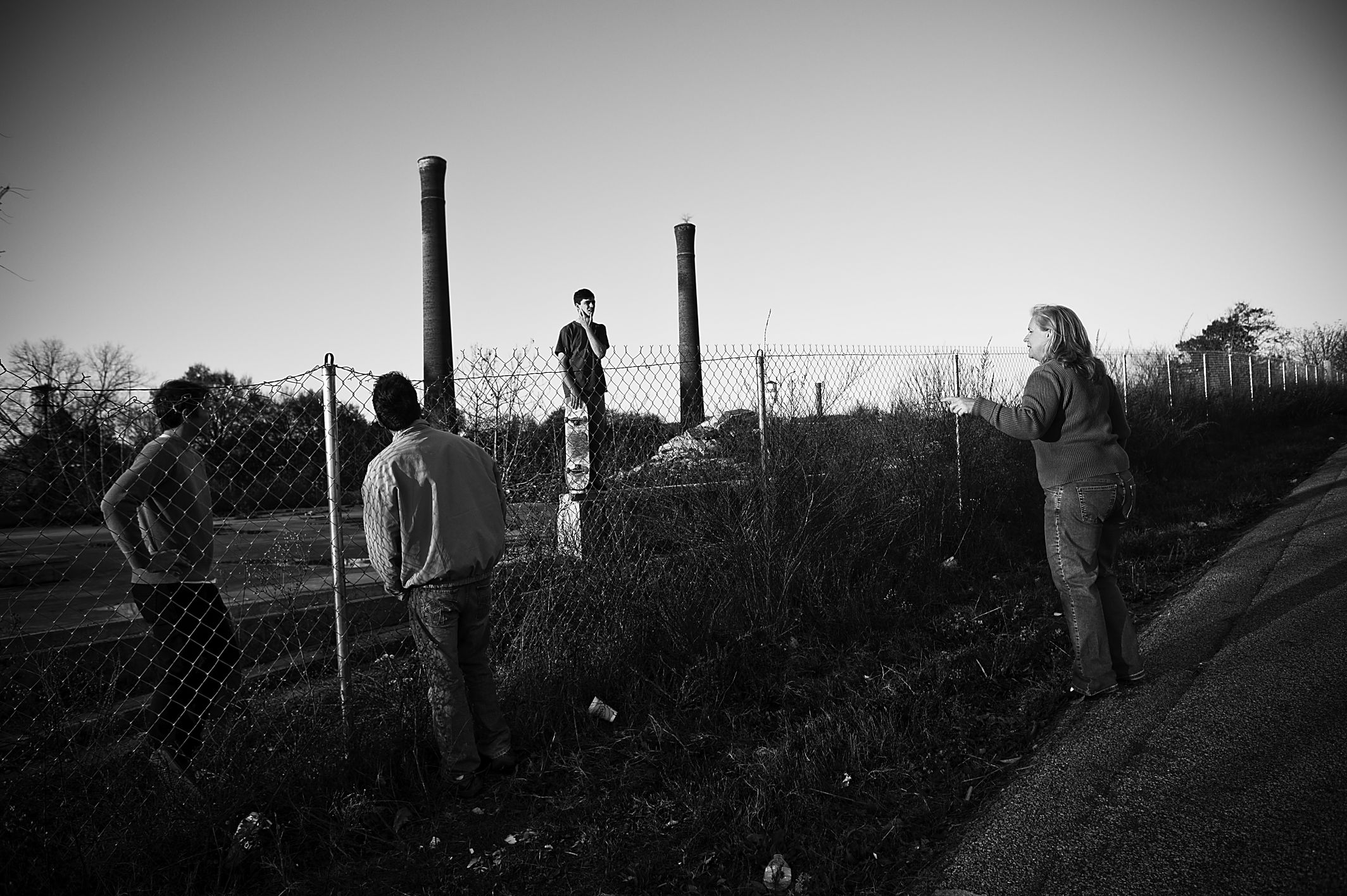 When I went to the spot with Allen and friend Mic Swett, we were approached by owners of adjacent businesses. Far from being upset, they were actually happy to see people skating there again and mentioned plans to try to make it a public skatepark. It could be a viable possibility. Other cities such as Atlanta, Georgia, have turned their foundation spots into public skateparks after they were condemned by the city. After they walked away, though, Mic confided: “I just want it to stay the way it is, with the fence and everything.”

Maybe it’s the sense of pride or ownership that comes from being a part of every step of the process: finding the right slab of concrete, visualising its potential, cleaning it up and building from scratch. The imperfections of the spot and obstacles are all part of the fun and even the illicit nature of the spots seem part of the allure. As Rob explains: “It has and always will be about freedom, and if we can’t ride down the street we will find and build places where we can do what we want.” 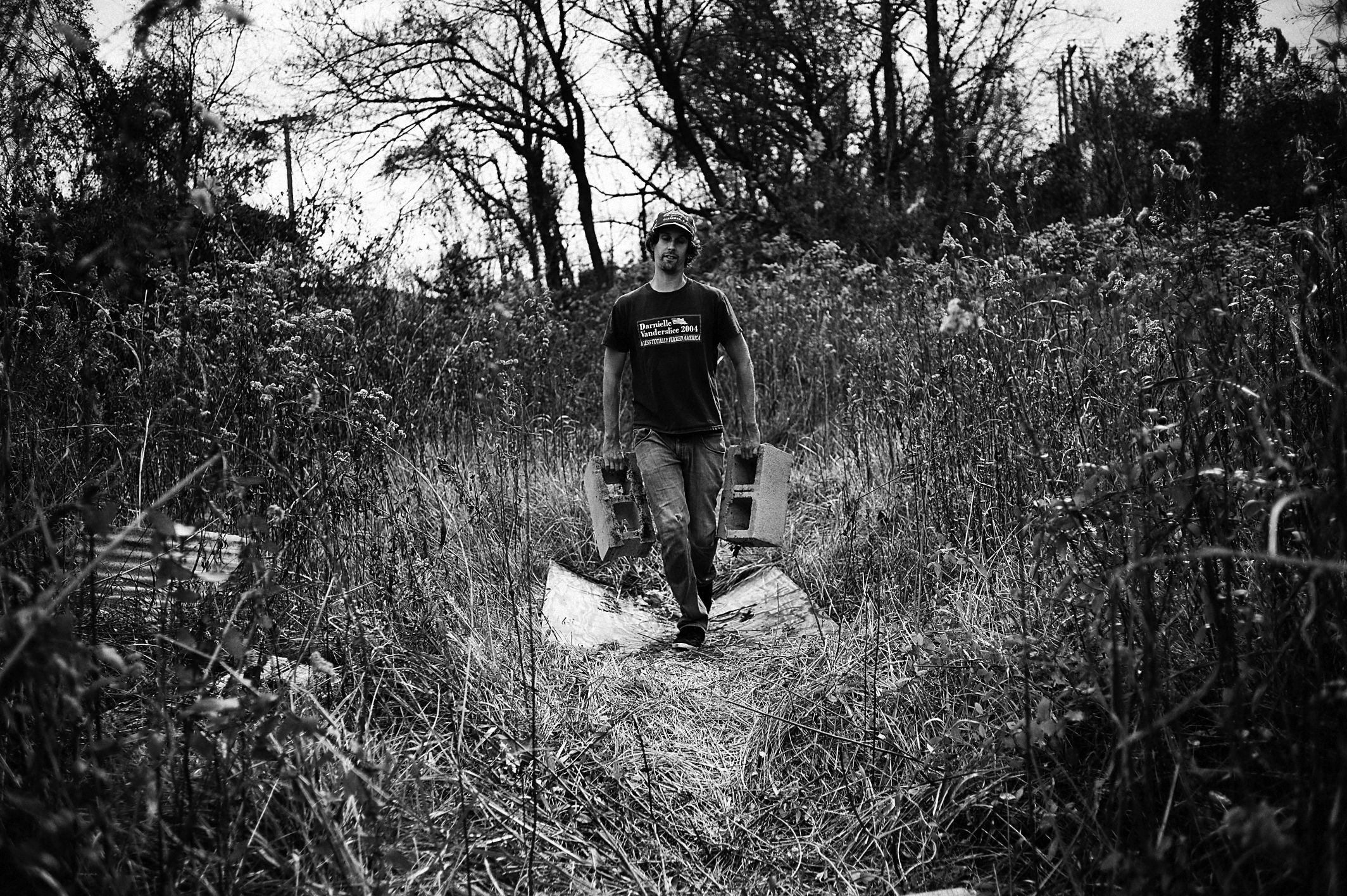 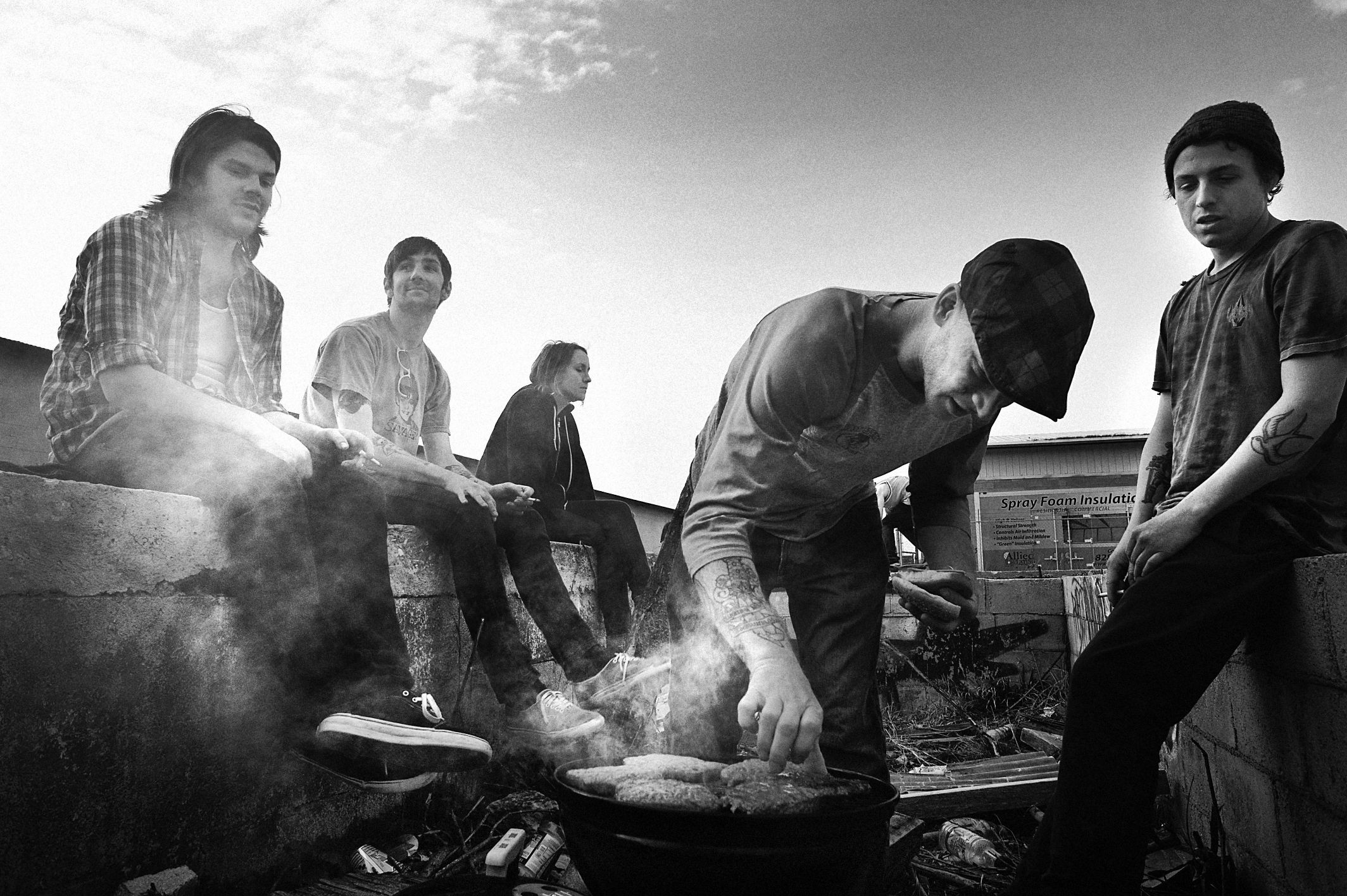 This article originally appeared in Huck 30 – The Shepard Fairey Issue. Subscribe today to make sure you never miss another issue.

Linkedin
RELATED ARTICLES
OTHER ARTICLES
Photographer Bud Glick recounts documenting everyday life in the area, and what it taught him about the Chinese immigrant experience.
Last week, Tower Hamlets council removed its nudity-restricting licensing conditions in a huge win for London’s kink community.
Protestors gathered outside Downing Street following the latest atrocities committed by Israel against Palestinians living in the besieged strip.
Following the release of his latest album, the rapper talks about finding a new approach to songwriting, attitudes to poverty, and why his music is more than a political statement.
A sharp increase in officers armed with the electrical weapon is resulting in serious injuries and deaths.
With the virus now a global health emergency, we must take steps to fight misinformation and demand a swift UK-wide vaccine roll out, writes Phil Samba.