Outdoor / Skate / The skaters breaking down barriers in the West Bank 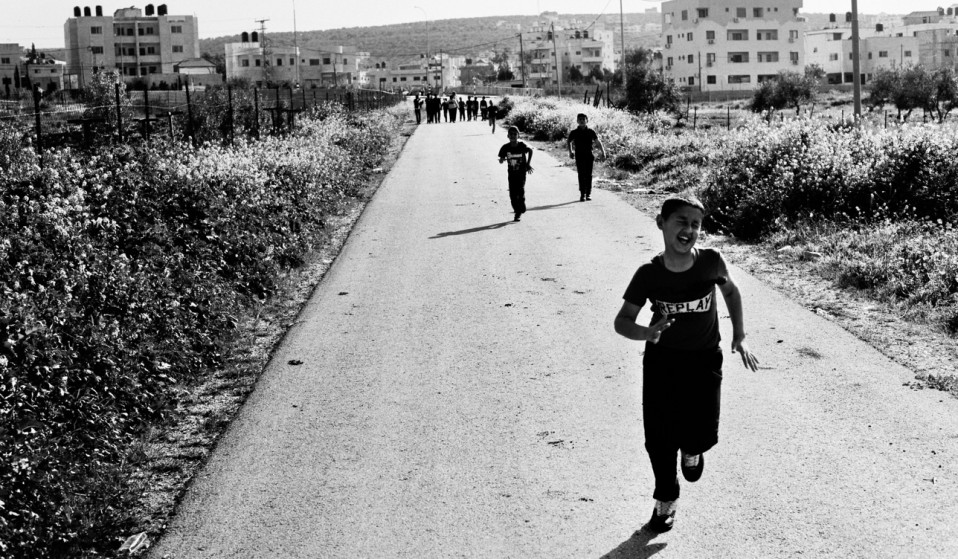 Three years after the country got its first mini ramp, skating has changed the lives of young Palestinians, providing a much-needed outlet with no winning or losing.

Three years after the country got its first mini ramp, skating has changed the lives of young Palestinians, providing a much-needed outlet with no winning or losing.

When Palestine got its first wooden mini ramp in 2013, many of the residents were sceptical to say the least.

In a county where conflict is a part of daily life, skateboarding can seem somewhat trivial.

A year later, its first concrete park was built in Zebabdeh and since then skating has begun to flourish, revealing a positive side to a country rarely seen by the rest of the world. 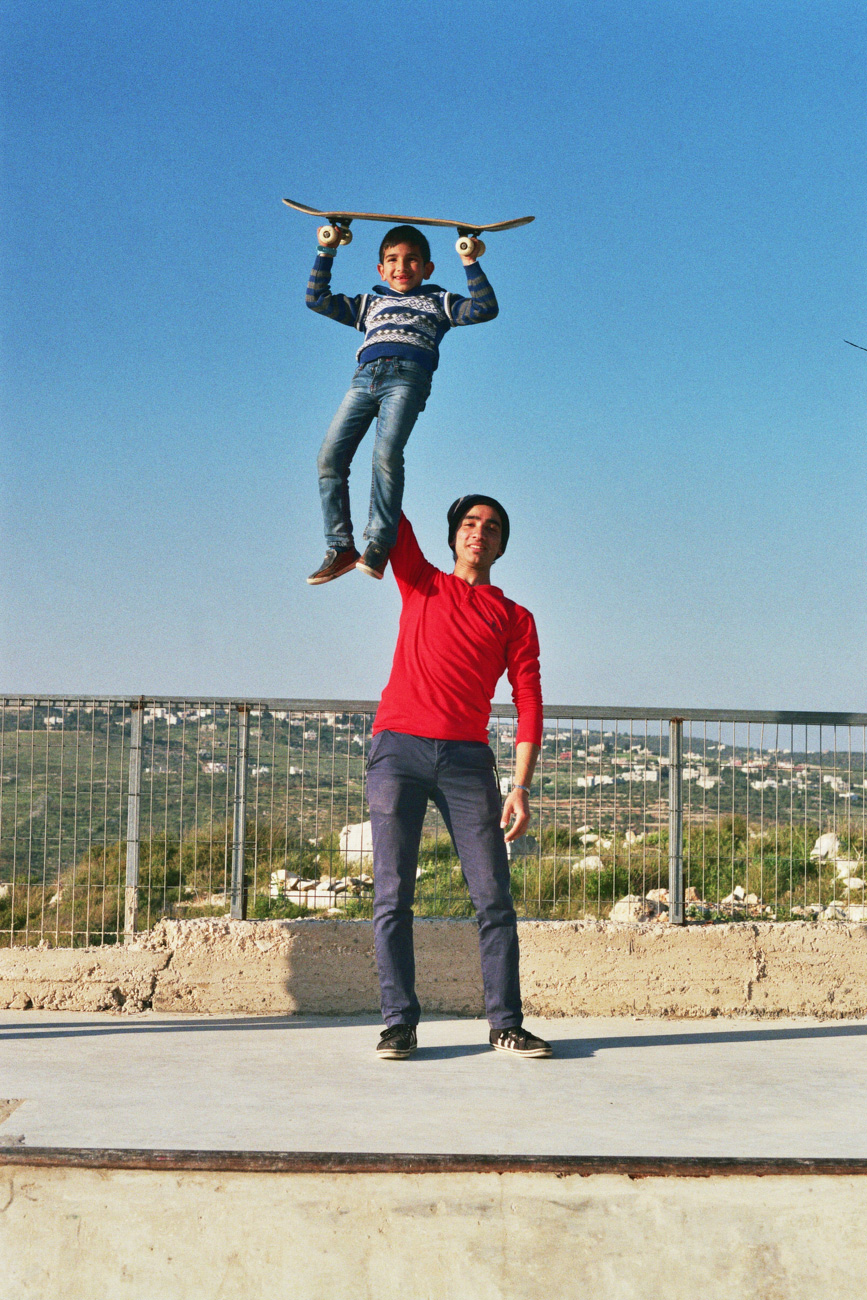 “The people we met were so welcoming,” says skater and photographer James Griffiths, who documented the emerging community there while volunteering with SkatePAL.

“Considering their history and the current challenges, they face they have a right not to be.”

“But once you start looking at the people themselves, you see a totally different side to this story.”

Over half the population in Palestine is under 25 years old – a demographic with little in the way of recreational stimulation.

Skating not only provides an opportunity for self-expression, but brings a sense of community that is much needed in a region so divided. 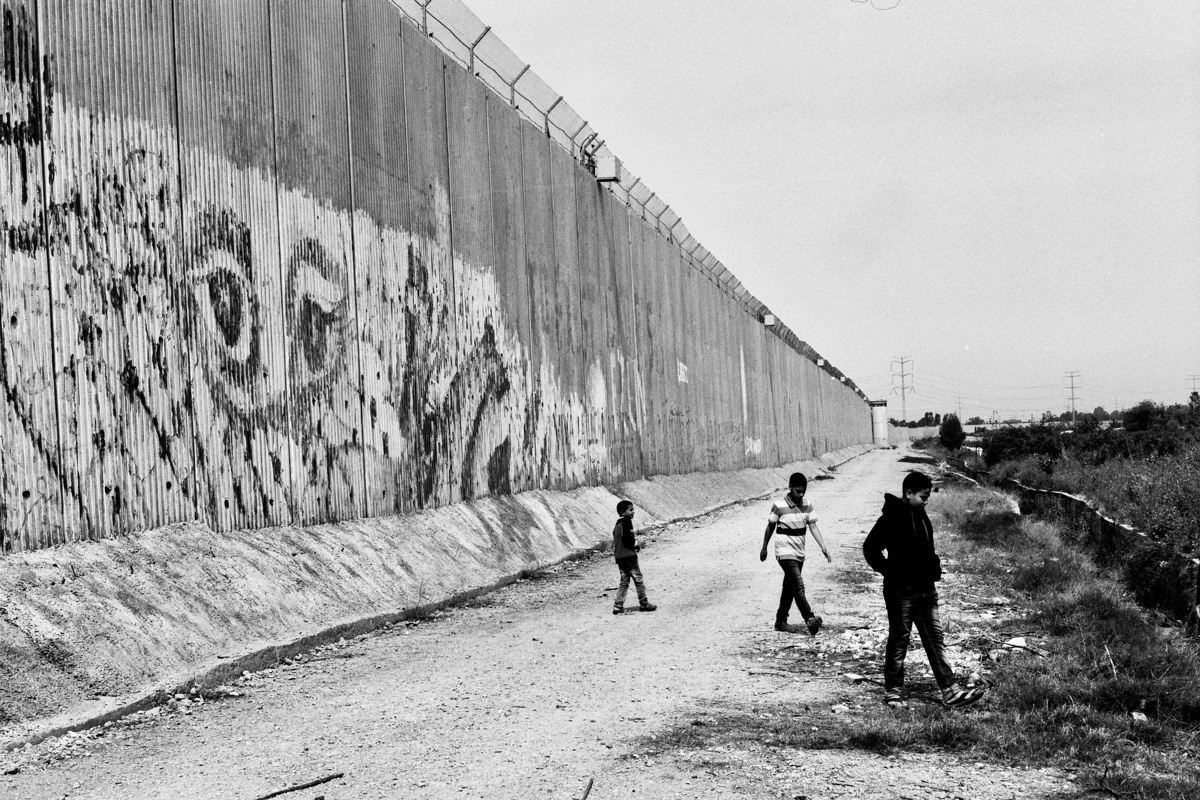 “Skateboarding is a new creative outlet for Palestine and there’s no winning or losing in it,” says Abdullah Milhem, who lives in the city of Qalqilya, in the northwest of the West Bank. “For me, it changed my life.”

Abdullah had never touched a skateboard before 2013, but now he is one of the best skaters in the country. He volunteers as an instructor at SkateQilya, providing lessons to the local kids in the city.

“I see a change here,” says Abdullah. “Qalqilya is of the most conservative cities in Palestine – people don’t usually like anything new. But now, they’ve created something beautiful and you can see the difference. Skateboarding has changed the whole community.” 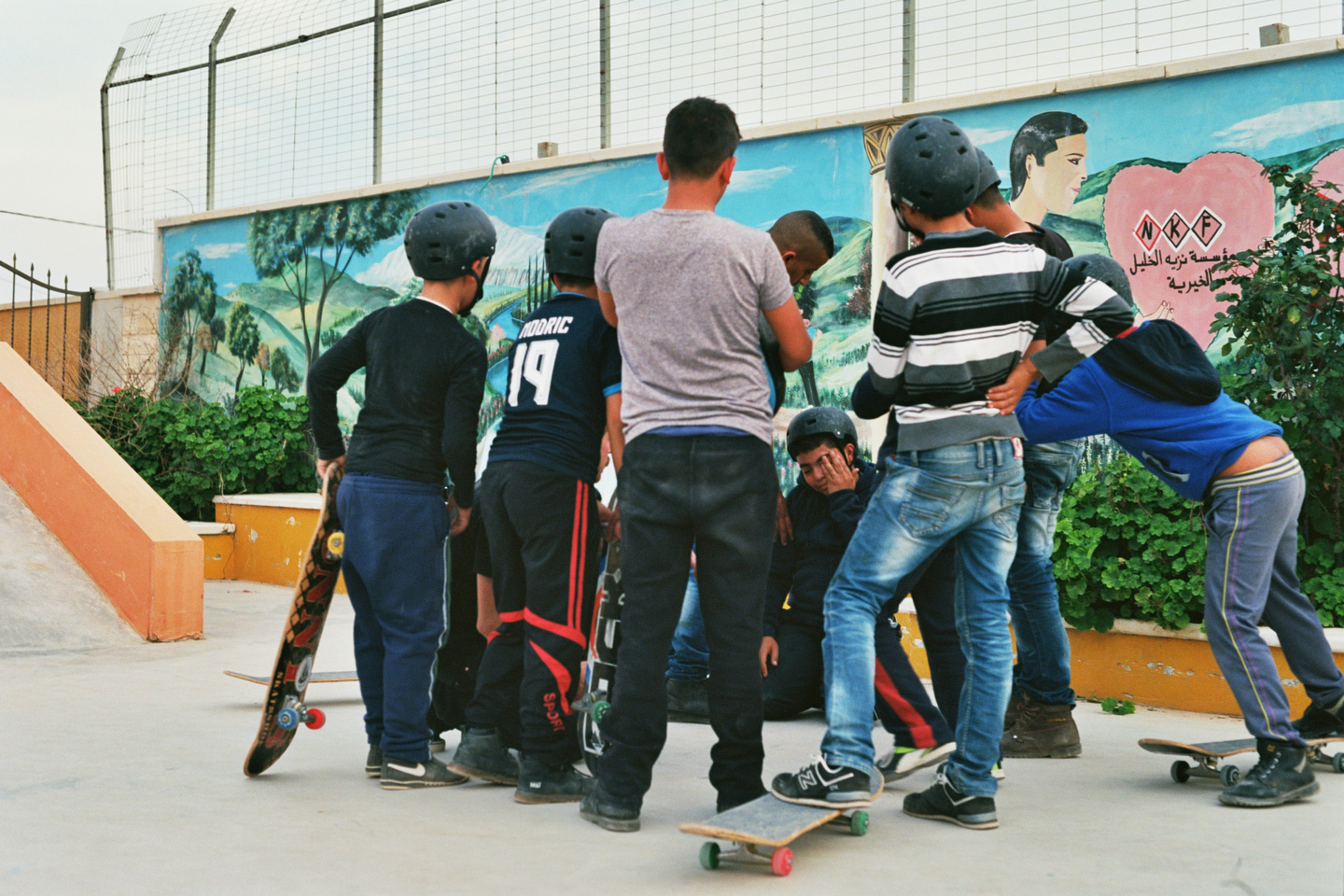 At first, says Abdullah, older generations in Qalqilya regarded skateboards as just “children’s toys”. People told him he was wasting his time.

But once the three-week summer camps started, the rest took care of itself.

Skating has provided a much-needed release for kids, Abdullah adds, and the lessons have helped break down established cultural barriers by providing mixed lessons for boys and girls.

“Women don’t have as much freedom in our conservative Muslim community,” says Abdullah. “But one of the good things about skateboarding is that you get to meet people with different views or beliefs. 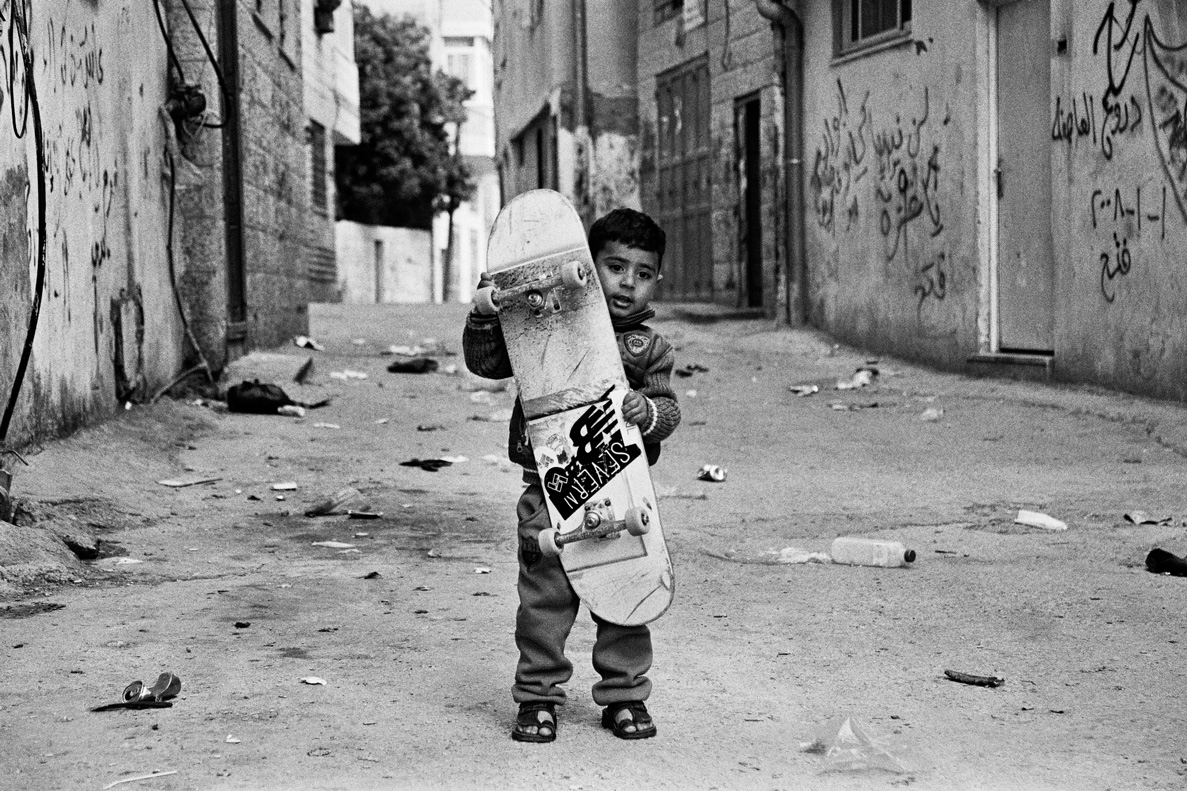 “Where I live, we are surrounded by walls – now I try to wall ride them!” says Abdullah, laughing.

“I have friends in Israel that I skate with. When I went over there, we skated together and it was peaceful. When you see other skaters you instantly connect. It’s like a universal language… a peaceful form of resistance.”

While Palestine’s skate scene continues to strengthen, there is still a quite way to go. There aren’t any skate shops in Palestine, which means relying on donations to get boards. 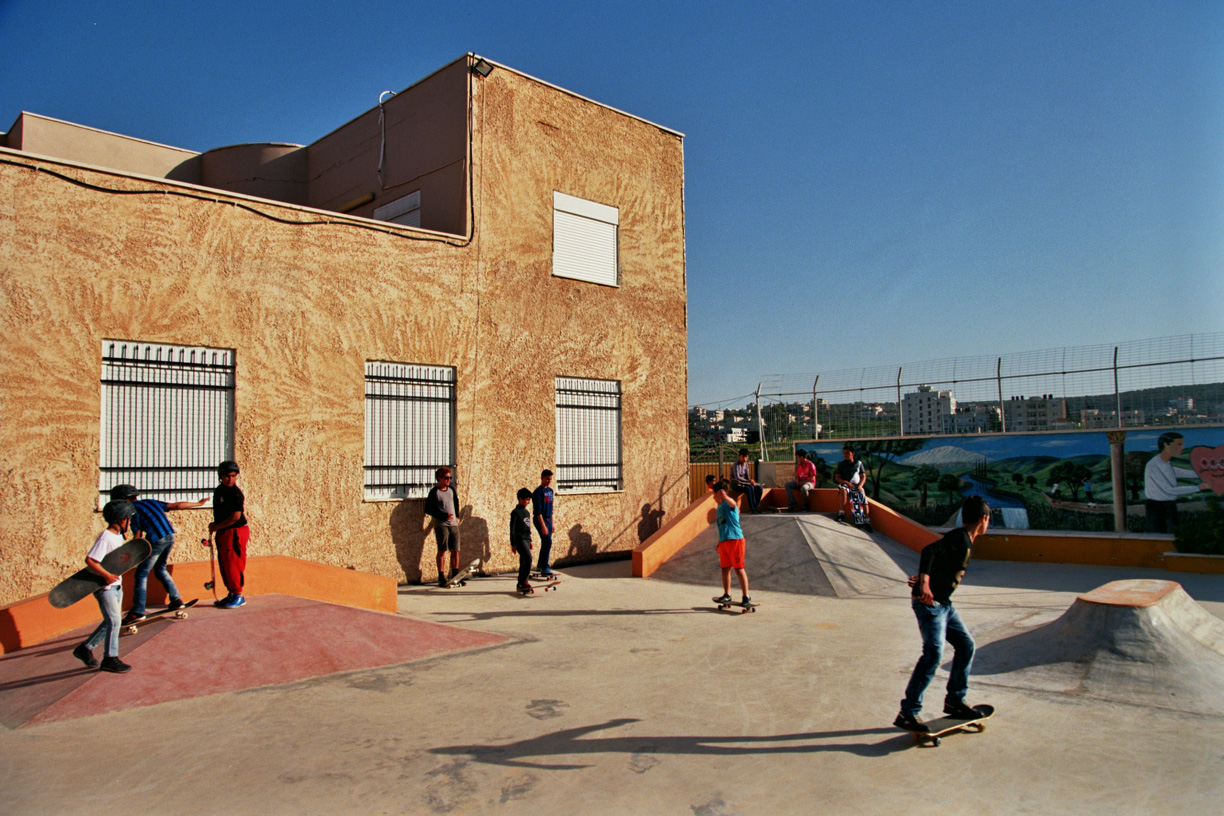 “My experience was difficult because I didn’t even know there was a scene here,” says Abdullah. “But now that we have something, I hope more people can experience the joy of skating.”

“I think what skateboarding has taught the kids here – and me – is that when you fall, you have to get back up.”

Check out James Griffiths’ photography portfolio or find out more about SkatePAL and SkateQilya.

Linkedin
RELATED ARTICLES
OTHER ARTICLES
The author discusses her new memoir, which offers a sobering reflection on the racism and otherness she’s experienced along with a joyful celebration of her culinary heritage.
Last week, Tower Hamlets council removed its nudity-restricting licensing conditions in a huge win for London’s kink community.
A sharp increase in officers armed with the electrical weapon is resulting in serious injuries and deaths.
A new series of photos by Johny Pitts shines a light on communities and subcultures that have all too often been overlooked.
Photographer Bud Glick recounts documenting everyday life in the area, and what it taught him about the Chinese immigrant experience.
Students are being left to languish in unsafe housing, in some cases leading to serious health complications.