Outdoor / Skate / SkatePAL are spreading a love for skateboarding in Palestine 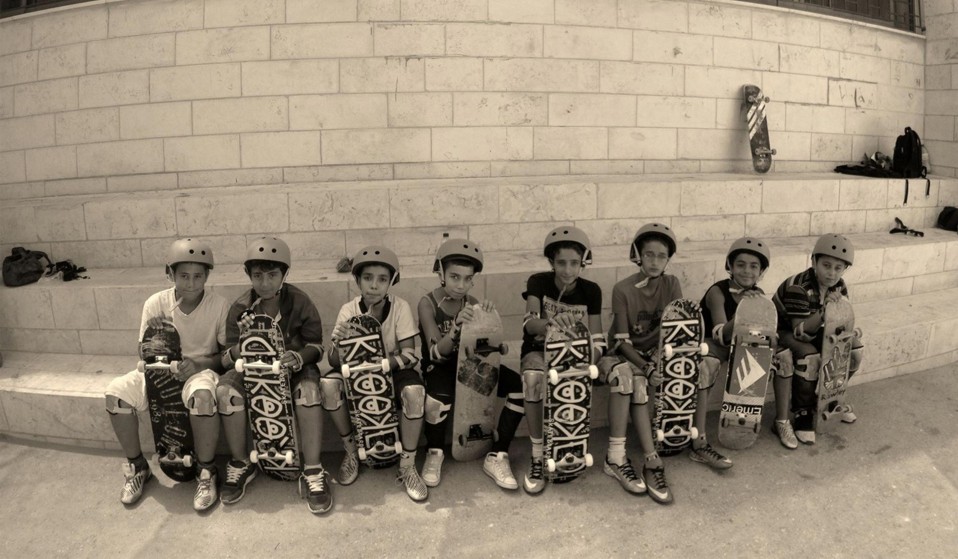 Head down to SkatePAL’s fundraising summer skate jam at Gillett Square, Dalston, Sunday July 19, to help them build their third skatepark in Palestine.

Head down to SkatePAL’s fundraising summer skate jam at Gillett Square, Dalston, Sunday July 19, to help them build their third skatepark in Palestine.

Whatever you make of the Israeli-Palestinian conflict, growing up in Palestine is bleak. Before you even begin surveying the wreckage from the latest Israeli bombing of Gaza in 2014, Palestinians face a childhood in one of the most overpopulated areas on earth, where youth unemployment in Gaza runs at 60% and over 50% of the population are under 25, which puts huge strain on the limited resources available for young people.

It’s going to take a lot more than skateboarding to put the situation right, but since 2013 SkatePAL have been working with local young people to build skateparks and give Palestinian youth the opportunity to push off and leave the struggles and hardships of their daily lives behind – even if just for a moment.

Projects like Skateistan have shown the transformative effects of skateboarding on young people’s lives in some of the most troubled regions of the world and Charlie Davis founded SkatePAL to share these benefits with kids in Palestine.

So far, they’ve built parks in Ramallah and Zebabdeh, and are looking to fund a new project in Asira El-Shameliya, near Nablus. 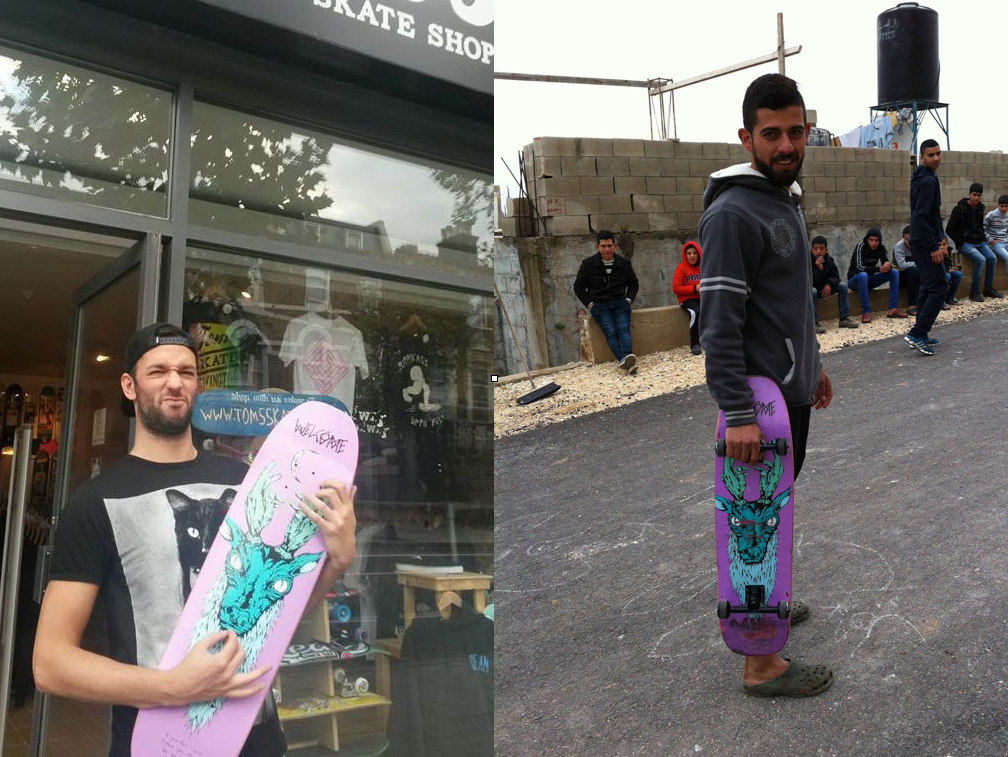 At their regular fundraising skate jams they also collect skate equipment to ship out to Palestine, like the board above that made its way from Toms Skate Shop in Stoke Newington, London to Hassan in Palestine.

The next SkatePal summer fundraiser takes place at Gillet Square, Dalston on Sunday July 19, 11am-7pm, in in association with Toms Skate Shop​.

The square – home to local legends NTS Radio – will be turned into a pop-up skate park for the day, with pros and teams from across the UK, a hog roast, skate yoga, games of S.K.A.T.E, equipment donation, highest ollie competition, merch and info stands.

The event is completely free but “Beats, beers and good chow” are on offer and all money raised will go towards SkatePAL’s work in Palestine.

Check out the event or find out more about SkatePAL at their website.