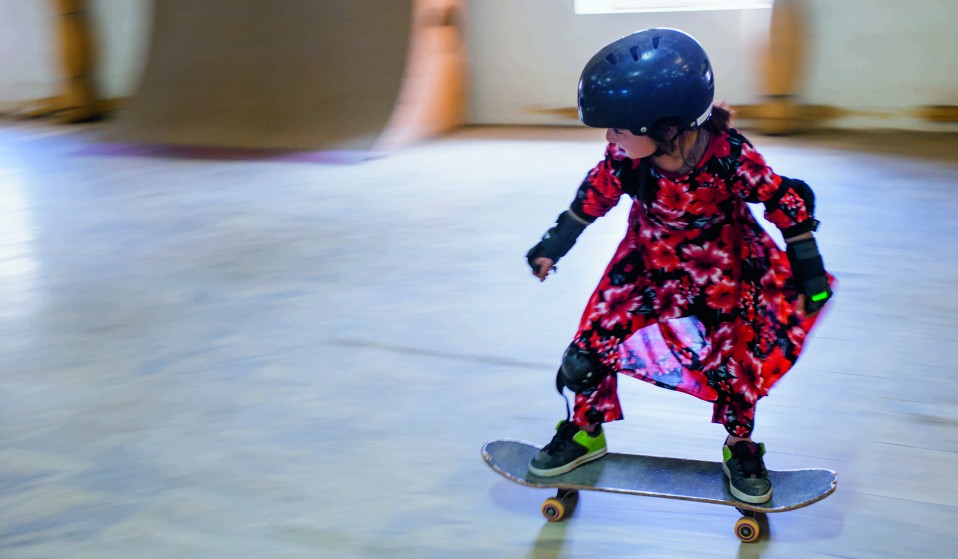 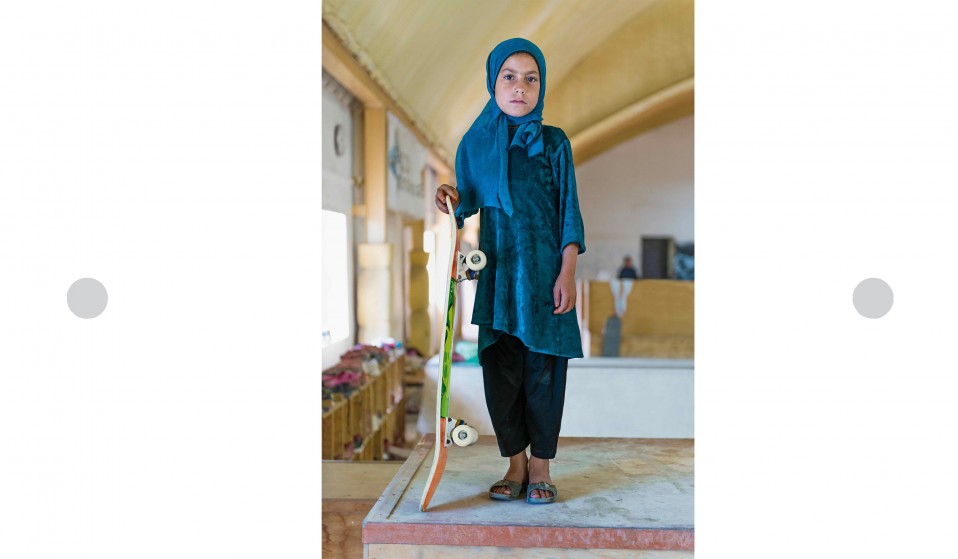 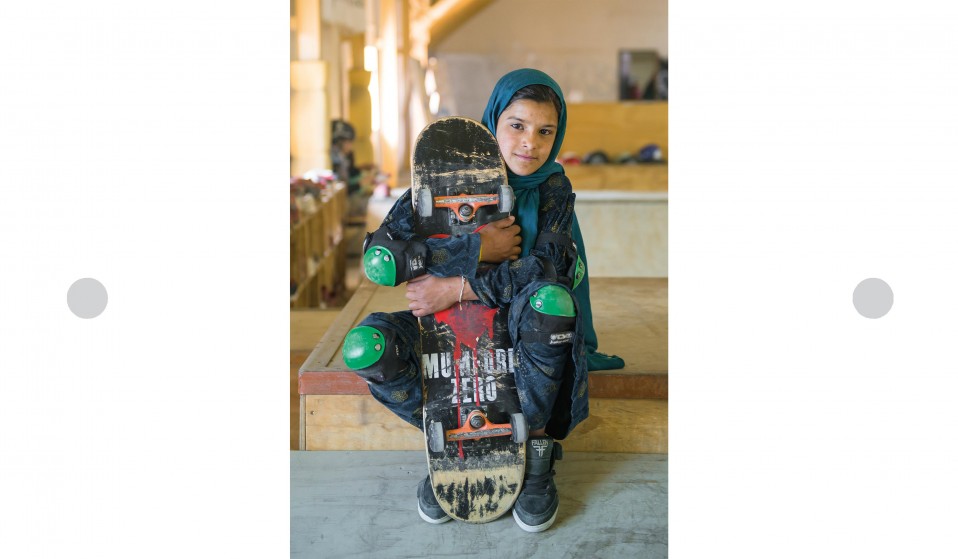 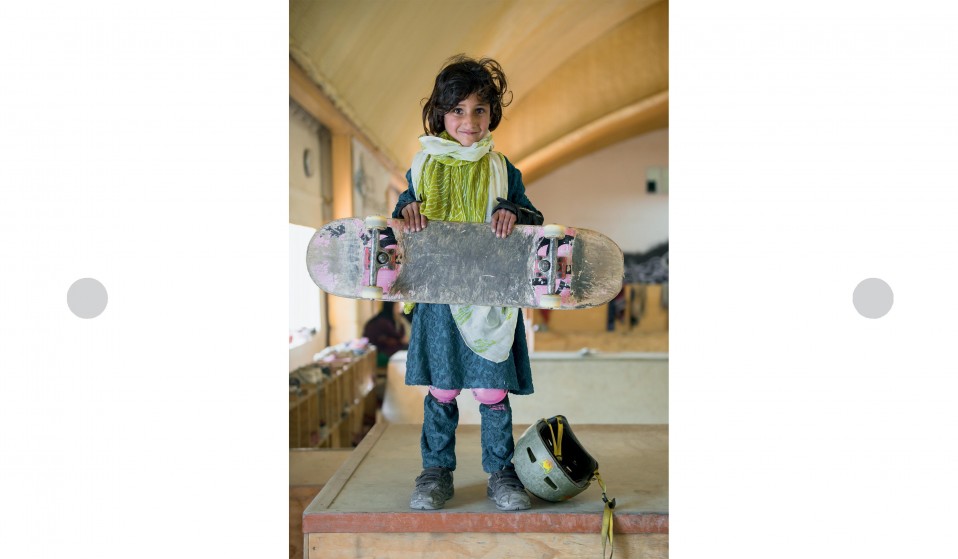 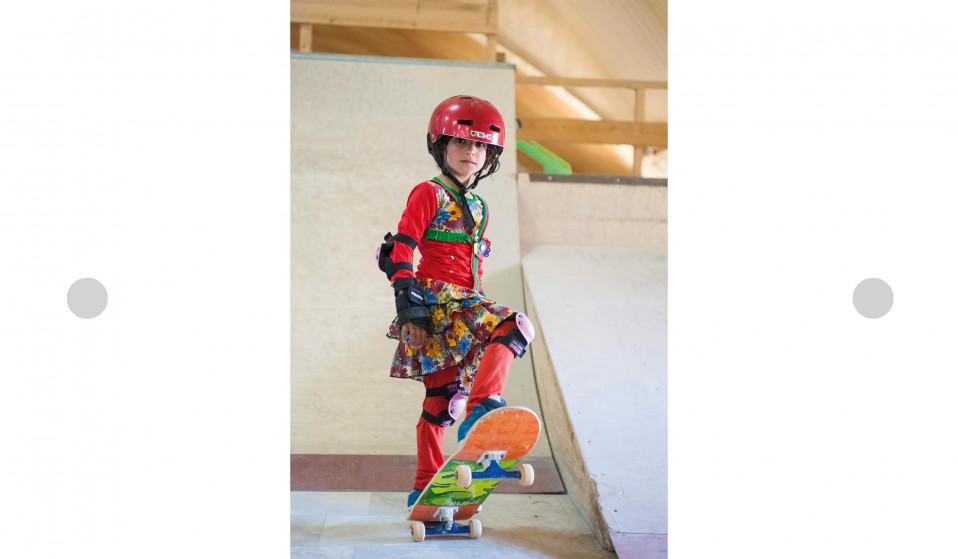 Saatchi Gallery photo-exhibition features striking images of Afghan girls learning how to skate as part of the Skateistan project.

Saatchi Gallery photo-exhibition features striking images of Afghan girls learning how to skate as part of the Skateistan project.

British photographer Jessica Fulford-Dobson made headlines last year when her portrait Skate Girl, of a seven-year-old girl with her skateboard on an indoor skate ramp in Kabul, won second prize at the National Portrait Gallery’s Taylor Wessing Awards, selected from over 4,000 entries.

The portrait was lauded for its raw sincerity, captivating subject and perhaps most importantly the unusual and inspiring content. Now, a selection of pictures from Jessica’s time in Kabul has been put on display at the Saatchi Gallery, a colourful and striking collection of girls embracing the sport.

Many girls have taken up skating in Afghanistan, encouraged by Skateistan, a non-profit organisation that uses skateboarding as a tool to empower children from poor and displaced families and bring them back into full-time education. Skateistan was founded by Australian skateboarder Oliver Percovich in 2007 and now runs projects in Afghanistan, Cambodia and South Africa.

In 2012, Jessica spent a lot of time in the Kabul skate parks. She says, “The young skate girls, [were] so fun to be around and so totally unspoilt. I feel lucky to have met them. I hope that this collection captures something of their spirit: their joy in life, their individuality and their community.”

Skate Girls of Kabul is displayed at the Saatchi Gallery, London, until 28 April. The series will also be published as a book, a collection of stories about the Afghan girls who have brought a new dimension to skateboarding culture, with a foreword by skate icon Tony Hawk.

Linkedin
RELATED ARTICLES
OTHER ARTICLES
Jamel Shabazz’s photos honour those who were lost and those who survived one of the most brutal eras in recent history.
A centuries-old tradition is offering families a way to honour the deceased, reports Arbab Ali.
The hate Just Stop Oil faced after throwing soup over a Van Gough painting has been immense. Here, they explain why it won’t deter them.
After being subject to racism growing up, Kavi Pujara’s photo series allowed him to reconnect with and reimagine his hometown.
Planet Ardbeg is a 40-page sci-fi anthology created by three cutting-edge artists.
After a devastating fire, creatives in the city are coming together to call for more affordable workspaces.