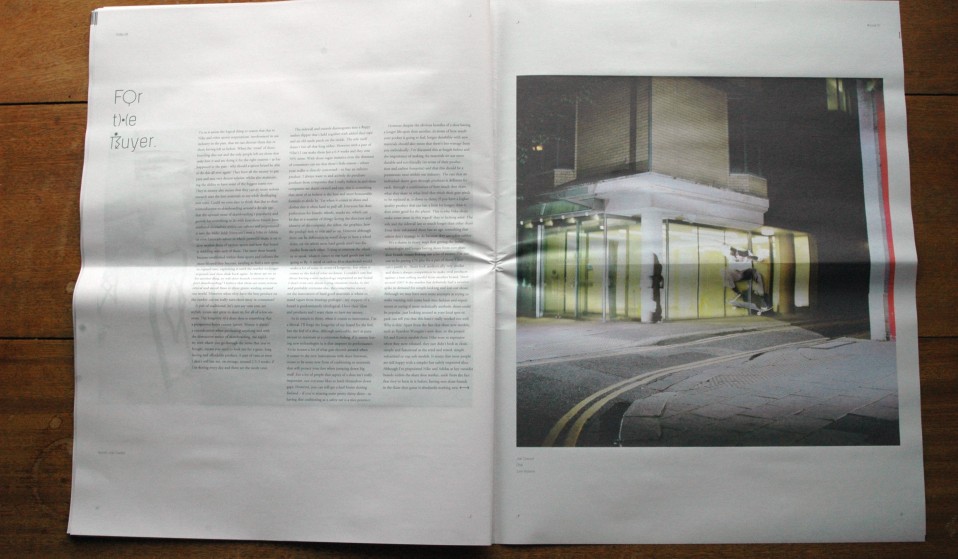 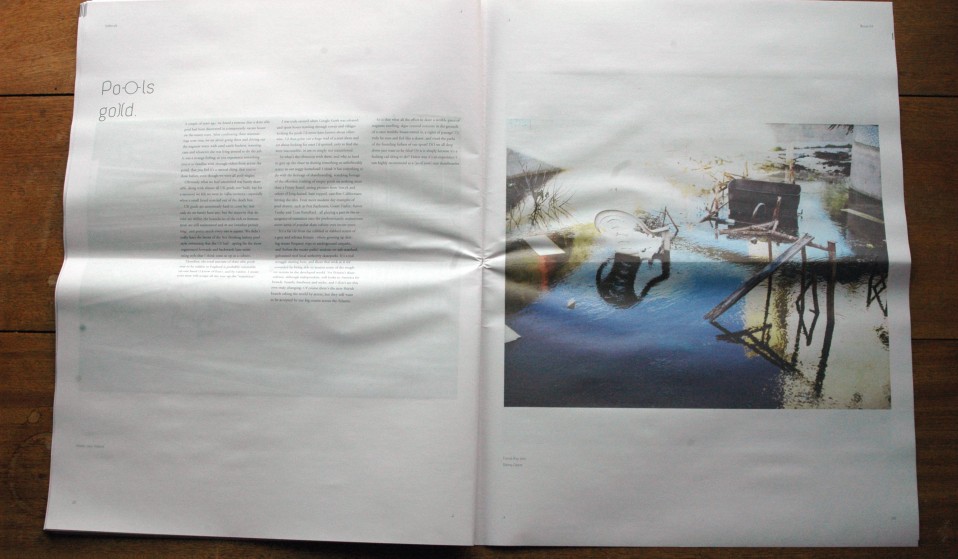 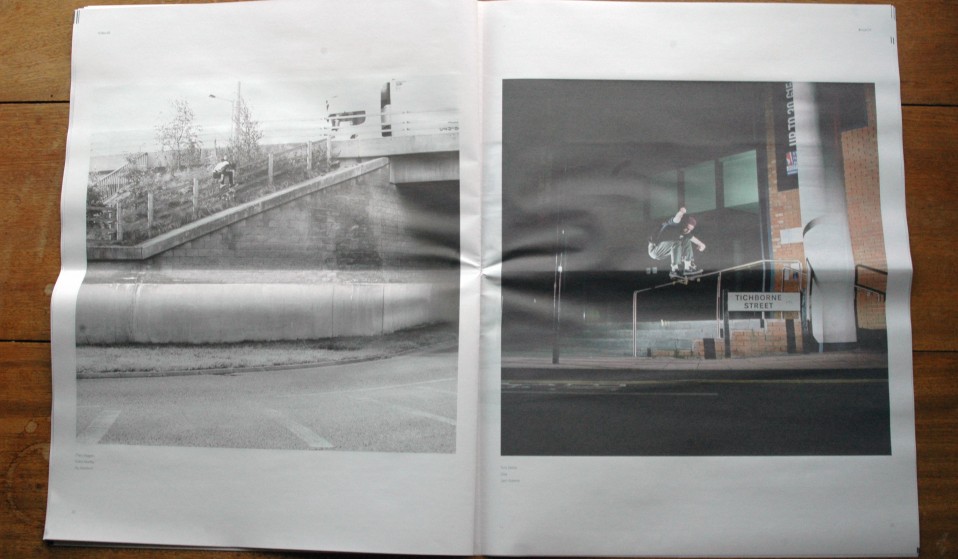 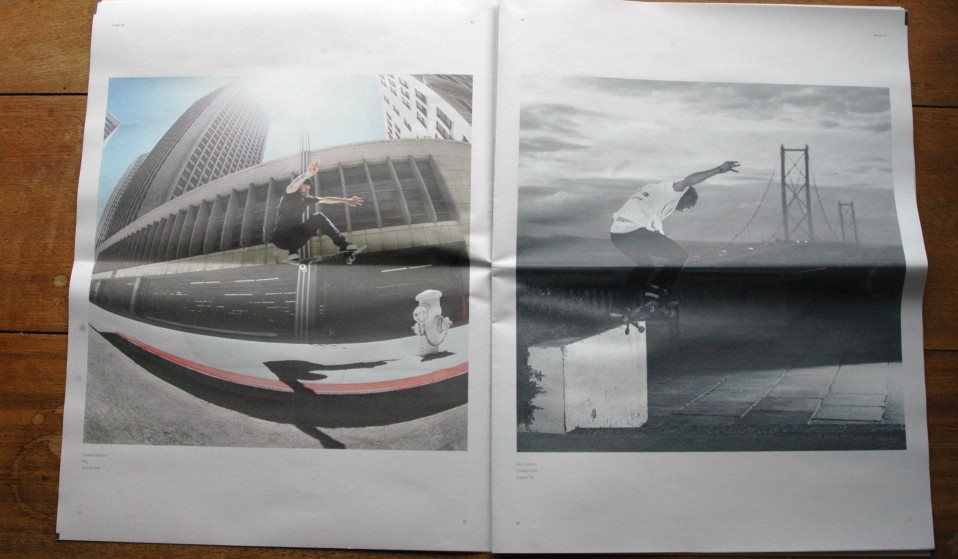 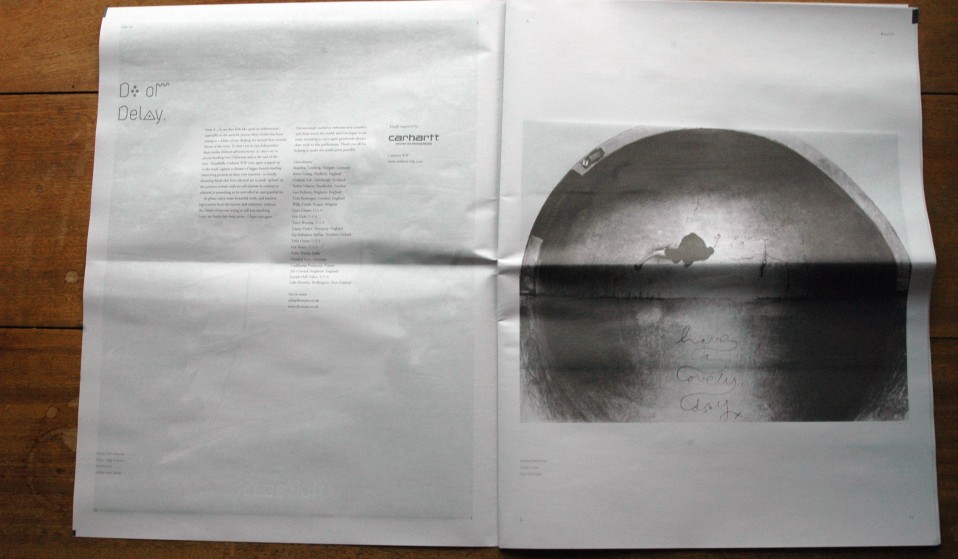 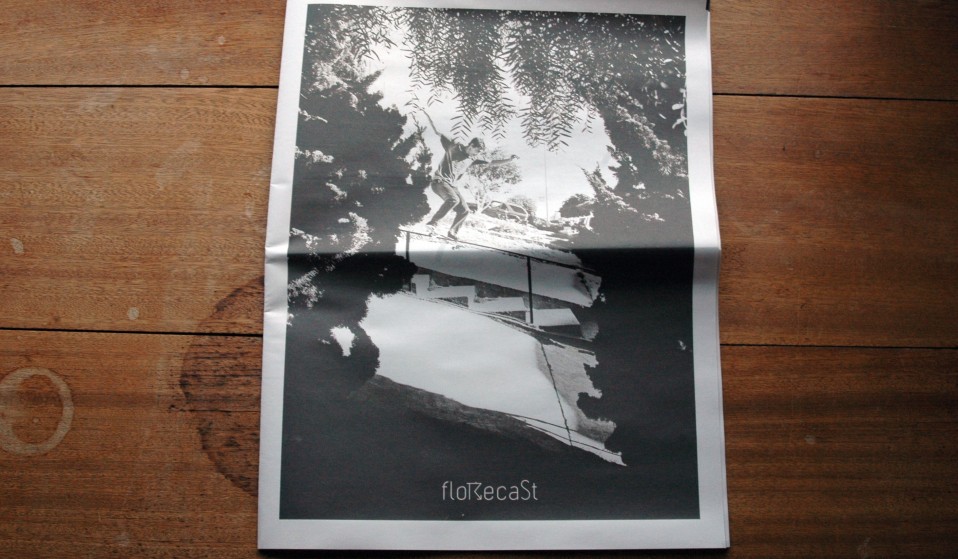 Sam Roberts was growing increasingly disillusioned with the standard of skate photography and the continuing decline of analogue. Too often, he felt mainstream skate mags were focussing on the ‘gnar’ factor and not enough on the artistic elements, like lighting and composition. Photographers were just snapping away on digital and not putting in the time, thought and energy required by analogue.

Sam’s response was Florecast, his zine which celebrates finely composed skate photography and encourages photographers who still choose to work in analogue. Alongside some great articles, Sam keeps the mag looking tight by avoiding ads and funding the publication with the support of just one brand – this time Carhartt WIP.

What’s Florecast all about?
Florecast started as a response to my love of using traditional analogue techniques and technologies to capture skateboarding, and the difficult processes involved to ensure you get everything right in as few frames as possible. It was supposed to be a testament to those still using these techniques, and a celebration of the results in as large a canvas as I could produce as a publication. I also felt that at the time, a lot of the mainstream printed media was more worried about the ‘gnar’ factor rather than the artistic aspects of the shots in their pages, and that there were plenty of fantastic photographers capturing skating artistically who weren’t getting to publish their work who could use a platform to do so.

I also try to feature articles or content that’s actually interesting, funny or thought-provoking. There’s far too much emphasis at the moment on content marketing generated to gain clickthroughs – all those ‘top ten’ lists etc. They’re great for a lunchtime’s web browsing, but our culture has far more going on than just that. Well-written pieces of journalism still have a place in what we do and that’s why I try to include it. In fact I’m hoping to do more of it in the future as the web gets more and more saturated in meaningless rubbish (bar Jenkem/Deaf Lens etc).

How can you try to be different and do something new and distinctive when there’s so much skate photography out there?
I take all the submissions I receive very seriously, and try to curate the final edition to really be the best of what I get. Space is limited and I don’t want to just throw in everything I get. It’s funny, because when the work is donated, you get a real range of contributions. For example, an unknown guy from Spain who contacts you from out of the blue may send the most beautifully composed and lit photograph which you know immediately is going in, but then a very large name in the skate and photography world I contacted sent through what can only be described as a pile of shit – I guess almost expecting it to be used because of his reputation.

Obviously though, all art is subjective and at the end of the day I’m compiling the work I like, and hope others will too, but you can never please everyone. The weirdest is when you see a piece you rejected from your mag crop up in the next issue of someone else’s. It’s not that the piece of work wasn’t great, but it’s all subjective, that editor liked it, and I didn’t. It’s hard to say no though – you feel like an arse.

How do you keep things fresh in such a crowded marketplace?
How can you – everything’s been done or is posted online, so nothing’s truly fresh. I think it’s just about turning what could have been stuck on Instagram – despite all the money, time, sweat and blood (not just the skaters) – for a few likes, into something tangible that you’d like to keep. I think that’s what also appeals to the contributors. There’s a lot to be said about print – it feels like you’ve got a real return from something.

Posting online to me feels empty, or a waste, solely to gain some empty praise via a thumbs up button. Either way, you put out the issue and the day it goes to print a lot of the content will get uploaded anyway so there’s no escaping that – you just got to keep on doing what you do and hope like-minded people will want the physical copy. Another thing is keeping it ad free – that’s a mantra I’ve stuck to so far, despite it being bloody hard every issue to fund it. I’m all about making the most of clean content, and I wish more brands saw the positive respect gained from simply supporting independent media in a subtler way instead of caking it in adverts or paying for coverage – which is in some respect is corporate blackmail. Putting an interview with the most boring skater known to grace the earth across 50% of your pages because a corporate is paying you – solely to be able to get anything published is not a good business model – no one will want it and you have to sell out even more to be able to justify being in print with your failing readership numbers.

What was your favourite shot from this issue?
I’m not been funny, but I genuinely really like it all – that’s why it got selected. There’s loads of great stuff coming from all over the place and it’s all different so I’m stoked on it, especially as each contributor definitely has their own style and that’s nice to see. It’s nice to get a mix each issue too – some keep coming back with great fresh new work, and then you get new guys wanting to submit stuff, and then others have stopped shooting film or full-stop which is always a shame to hear.

Who do you admire who’s doing great stuff in skate photography/filmmaking/magazine making right now and why?
Obviously big influences are Allen Ying of 43, again, he’s pushing against the flow of the ‘print is dead’ mantra. Same with North’s Graham Tait. There are plenty of great things going on in Europe – especially with monster skate mag from Germany – they have a seriously good collection of staff photographers. Kingpin is consistently good photo wise. Jenkem and also Stephen Cox at Deaf Lens for putting out well-researched, insightful content. Obviously guys pushing the boundaries of what people think skate photography should look like such as Sergej Vutuc, and then basically anyone who publishes their own work/zines like Tom Quigley (Varial), I have a hell of a lot of respect for as I know it’s an uphill battle – but worth it in the end! Lastly to anyone who actually supports this sort of thing by funding, buying or picking up a copy – as well as the shops that stock it for no real profit.

Check out Florecast and grab a copy at Parlour Skate Store and The Palomino.

Linkedin
RELATED ARTICLES
OTHER ARTICLES
Photographer and graphic designer Sam Roberts captures a cycling and skating adventure through Belgium.
Snapshots of East Coast skateboarding for your viewing pleasure.
NYC's only skate mag serves up a beautifully photographed slice of the city's scene.