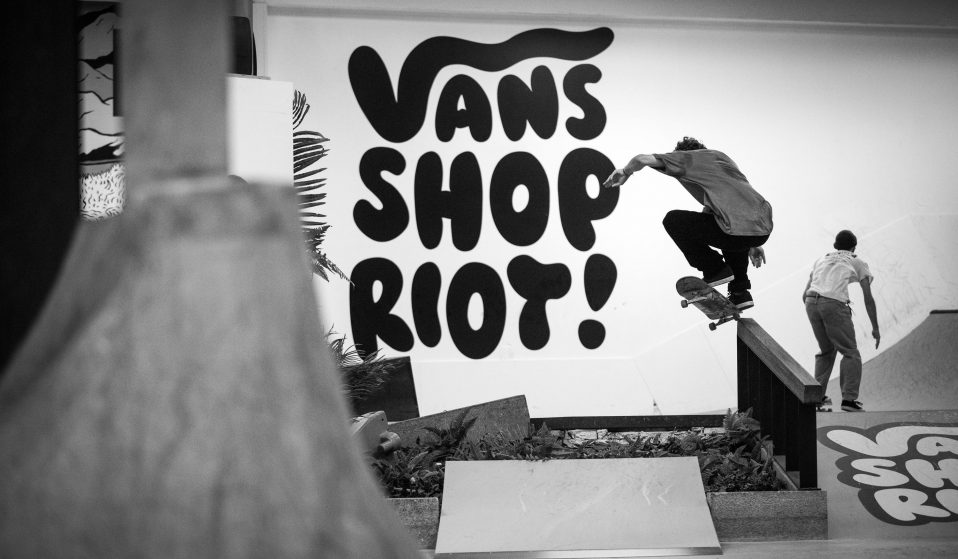 On the ground at the 2019 edition of Vans’ Shop Riot Finals, three skaters tell us how their local shops helped shape them – on and off the board.

On the ground at the 2019 edition of Vans’ Shop Riot Finals, three skaters tell us how their local shops helped shape them – on and off the board.

Since 2008, Vans have been inviting skate teams from across Europe (and beyond) to compete at their Shop Riot Finals – an annual event that platforms skate shop culture in all of its various different forms.

While, ultimately, it’s a contest – the winning team take home a prize purse of €6,000 – it exists primarily to celebrate the role that skate shops play in supporting skateboarders throughout different stages of their lives.

For many, the skate shop is a first taste of the skate community in action: somewhere to learn and hone your skills, alongside like-minded people who’ll grow to be friends. For others, it’s a place you can always return to – whether it’s to purchase some new gear, or simply kick back and catch up.

This year’s edition of the Shop Riot Finals saw Spanish side Venero come away victorious at NOORD Skatepark, Amsterdam. There, we spoke to skaters about their own formative experiences with skate shops, discovering why, in an ever-changing industry, the role they play remains key. 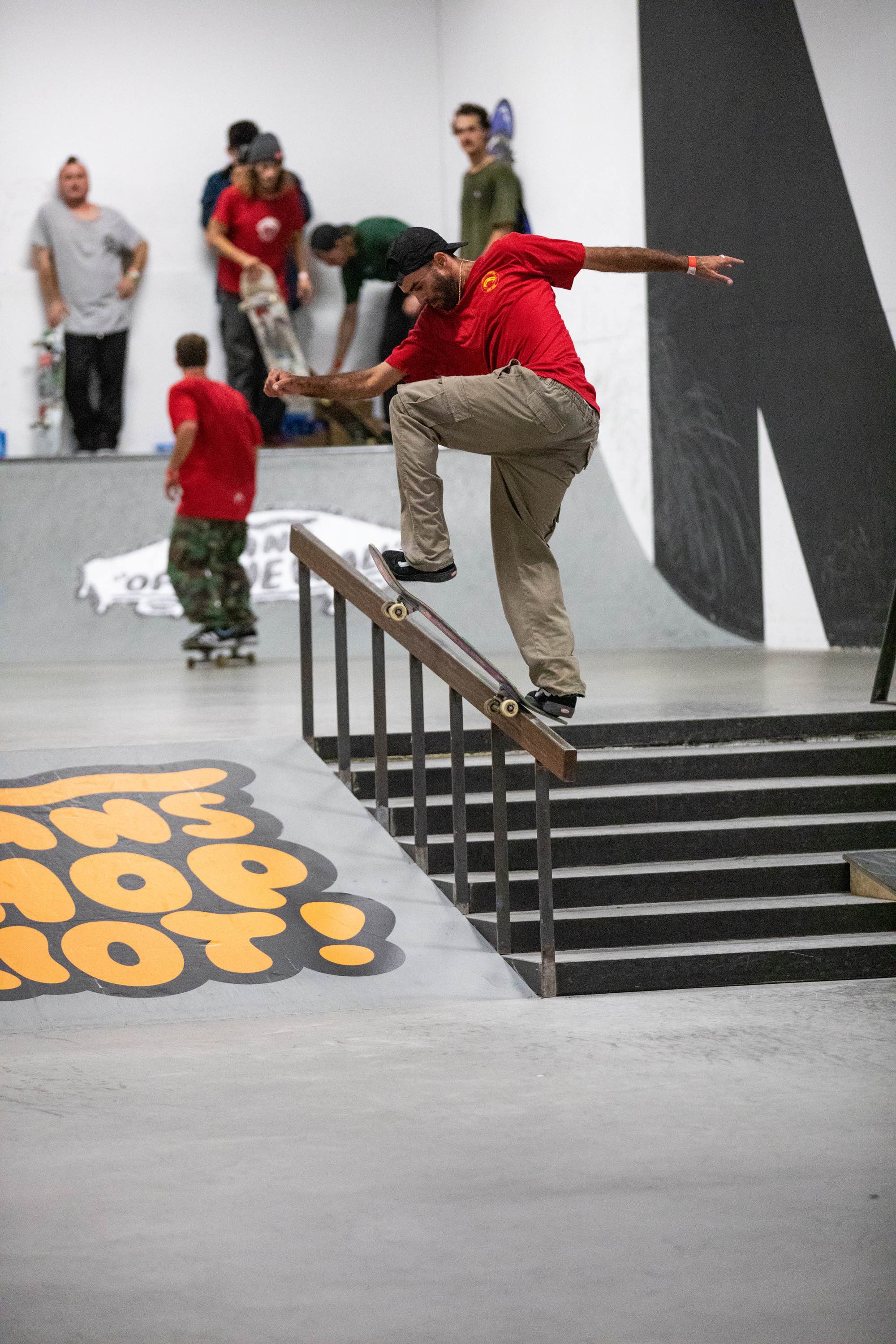 When I was young, the skate shop was really like a local thing. Everyone really felt part of it. I started going when I was 11.

The first time I entered, [the founder] Gilly, had just started it in his house. He was selling, like, five shoes and five boards. I bought shoes that were bigger than my size and my dad was like, ‘Who is this guy selling stuff?’ I was like, ‘This is the skate shop dad!’

I started going and it helped me with everything. It became our place. It wasn’t like today, where you go and just buy stuff. We had the couch, skate videos, instructions to do whatever. The shop sponsored me with the skate equipment and [everyone there] would skate together. It was everything for us. There was no Instagram back then. It was a crew, a family.

For me, the most important part is that you feel at home. The skate shop is part of a city, it’s part of the culture of a city. Skaters are too.

Where would I be without the skate shop? I don’t know man. I’ve done everything with Gilly for 15 years. We do everything together. Maybe I wouldn’t skate without his shop. Gilly helped me believe in myself. He always believed in me more than I do. 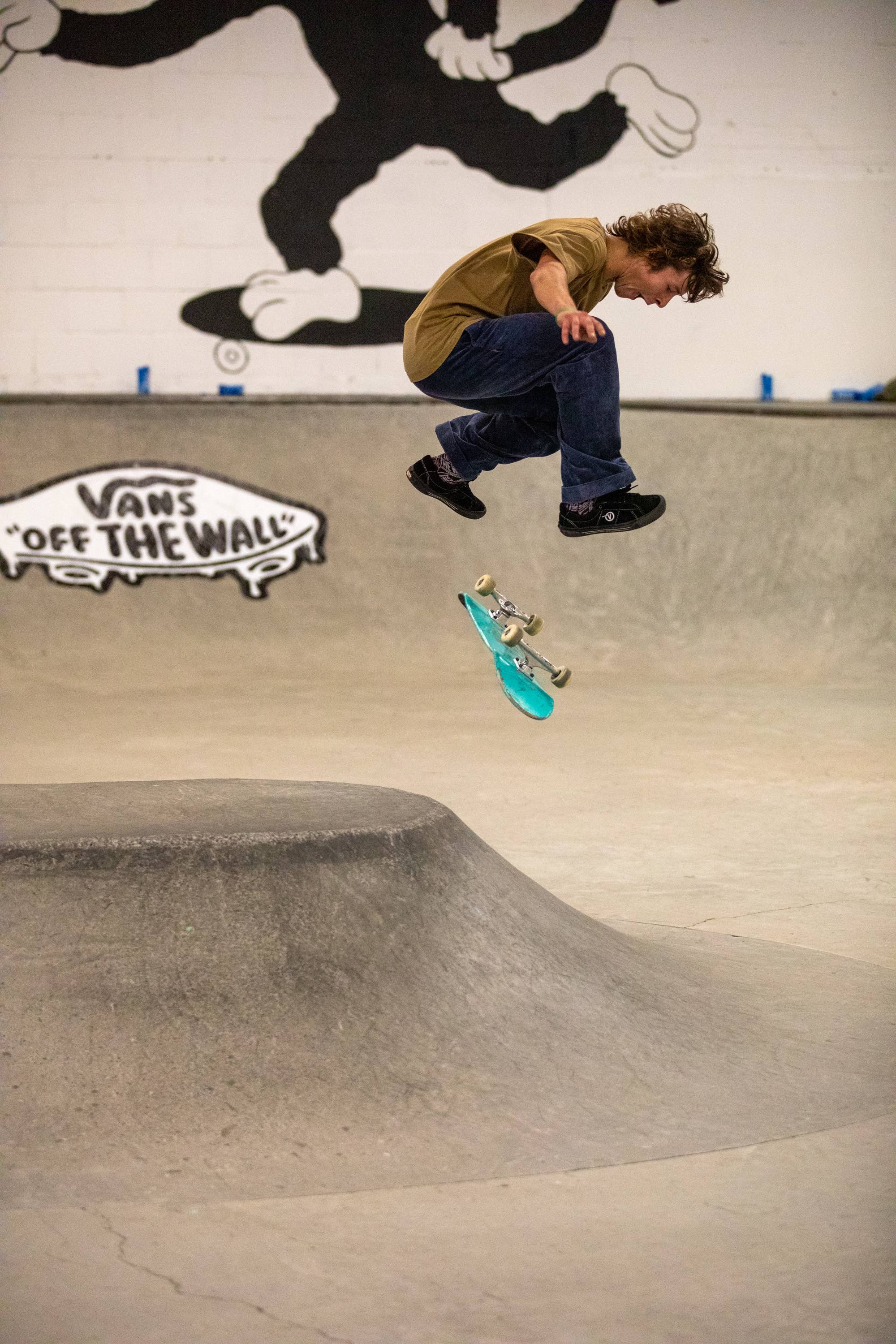 I was 13 years old, it was my birthday. I asked my mum to buy me a skateboard so she did, but I did not know what to do with it. But, after some time, I learned to stand on the board. It was like, ‘Yeah, I want to do this.’ I saw the holes in my shoes and I liked it. I’ve been skating since then.

Why did I continue? Because there are no rules. I trained in karate when I was young, before I stepped on the board, but that was with a coach. He told me what to do. I don’t like that. I always want to do it by my own way.

After one year of skating, I set foot in a skate shop for the first time. We had a skate shop in Moscow called Destroy, they were my first friends. My friend worked in this skate shop and I was chilling with him in this place – it came to be our place. I didn’t buy anything, I was just chilling inside.

Now we have our skate shop here and this is like one family. We skate in the streets together, film videos, it’s the way I like to do it. No contest. Just chilling, having fun with everybody.

The young kids look at us and they see it’s fun. You have so many friends here. Everybody is welcome, it’s open to everybody – as long as you’re nice.

When you skate together with your friends, everybody supports. If somebody does a trick, you get cheered. It helps progression. You wake up in the morning and want to go skate with your friends. It gives me much happiness. 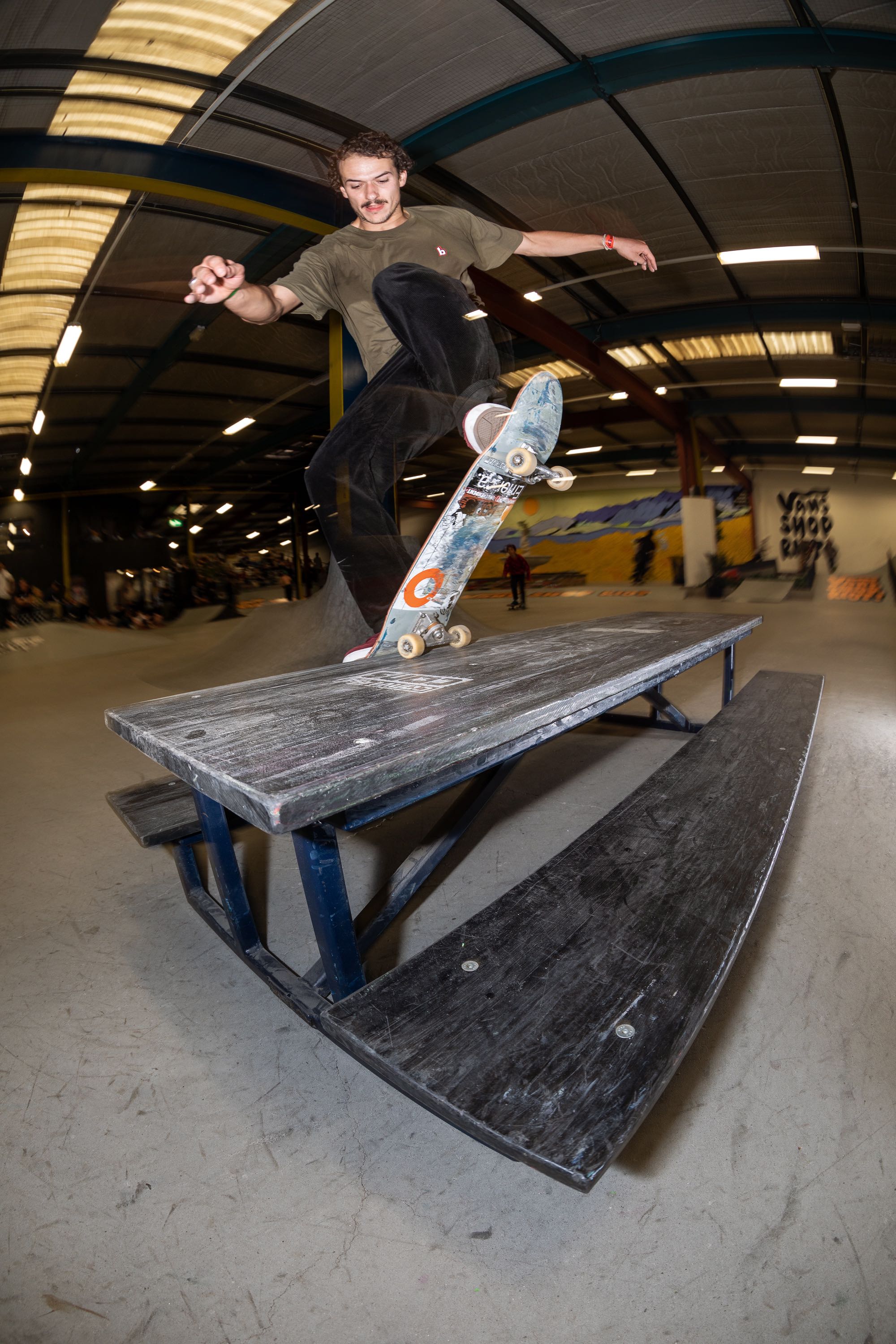 I started skating when I was 12, so I would have been in skate shops around that time. Originally I was rollerblading, so I went to Burnside to rollerblade. Then my homie got a skateboard, and I was like, ‘Okay, this is way more fun.’

I felt welcome, but it was kind of scary as well. You know, these big guys, who are really good at skating – real shit. I was a small kid, really shy, so I was scared to talk to people. But they always helped me.

The good thing about our skate shop is that there’s also the skate park. That’s a big advantage. I got sponsored by the shop so I could get into the skate park for free, which made it way easier. We had a really good crew around the same age, so we all helped push each other. What the skate shop did was put us all on a team and we all started hanging out. It really helped us all, I think, to get better at skateboarding.

The people who work and chill there are always trying to really help you. It’s hard to explain a feeling, but there is one. They just really try to do the best they can and make it as comfortable as possible as well.

For me, the support was always there – they really wanted my skate career to work. I always got good advice. You know, ‘Just do what you love. Don’t worry too much about stuff. If you want to go for it, just go for it.’

Linkedin
RELATED ARTICLES
OTHER ARTICLES
The first-generation graffiti artist reflects on the tagging’s emergence as an art form and the players who pushed the medium forward.
A new podcast is opening up the conversation between trans women and trans amorous men in the hope of building coalitions.
After fleeing the war in Ukraine, people are finding it impossible to secure affordable and decent housing in the UK.
A new film from Berghaus traces the story of Adam Raja, who left behind a turbulent upbringing to discover the healing power of climbing.
Photographer Sean Maung reflects on documenting a small town in Pennsylvania afflicted by high levels of unemployment, poverty, violence, crime, and addiction.
A group of aid workers face prison for helping to save people fleeing their homes at sea. If they are charged, it will have a chilling effect on humanitarian efforts.