Outdoor / Skate / Is this the future of skate footwear? 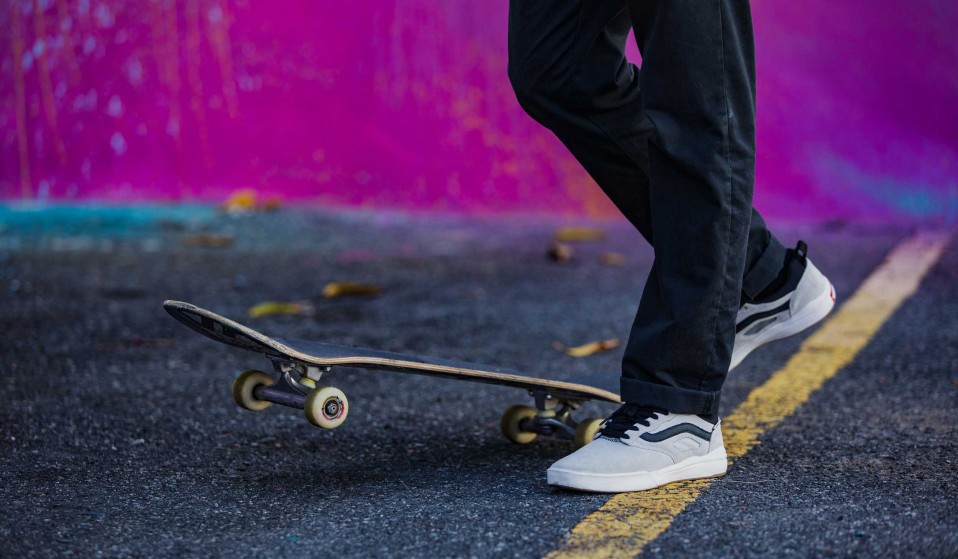 Curren Caples is the ultimate postmodern skater, hailed as the future of the game. Now there’s a shoe that can finally keep up with him, thanks to some new tech from Vans.

Curren Caples is the ultimate postmodern skater, hailed as the future of the game. Now there’s a shoe that can finally keep up with him, thanks to some new tech from Vans.

Born and raised in Akron, Ohio — a flyover state that has never known the breath of a morning wave — Curren Caples moved to Ventura, California, at the age of five and quickly adapted to life on the coast.

“Surfing and skating means everything to me,” says Curren, whose namesake is World Champion Surfer Tom Curren. “It is such an integral part of my life. I can’t really ever remember not doing it. They go hand in hand: skating came from surfing, after all.”

To look at Curren’s style both in and out of the water, you can see where the texture of the concrete and the ocean coincide. It’s all one ceaseless flow. And a powerful one at that. Whether he’s tackling a suburban stair-set or catching a pre-dawn break, there’s a crisp exactitude to his attack. 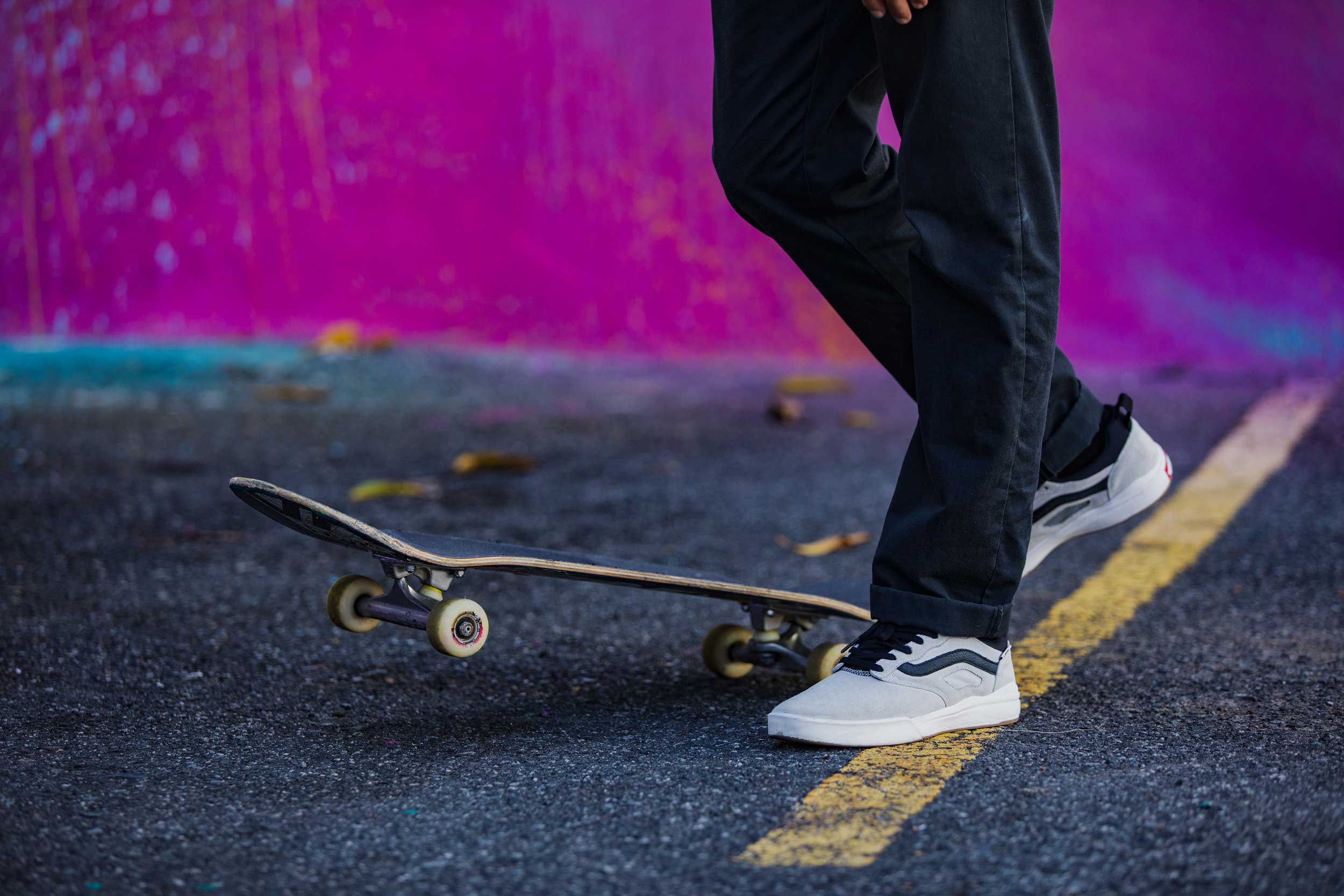 But at a time when many pro skaters live and train like athletes, Curren has maintained a sense of creativity and exploration. He can usually be found, camera in hand, documenting his wayward life on the road. “Skateboarding is definitely creative,” he says.

“Each person has their own style and if I am feeling good about the way I’m skating, it feels rewarding. The other great thing about skating is that I’ve been able to travel to some really cool places and that has allowed me to take some photos which I’m actually proud of.”

Curren has been making waves since he turned pro for Flip Skateboards and Vans in 2013 – so much so that he’s been hailed as the future of skateboarding. There’s a symmetry, then, to the fact that this thoroughly postmodern pro rider should be leading the charge with a new generation of skate shoe. 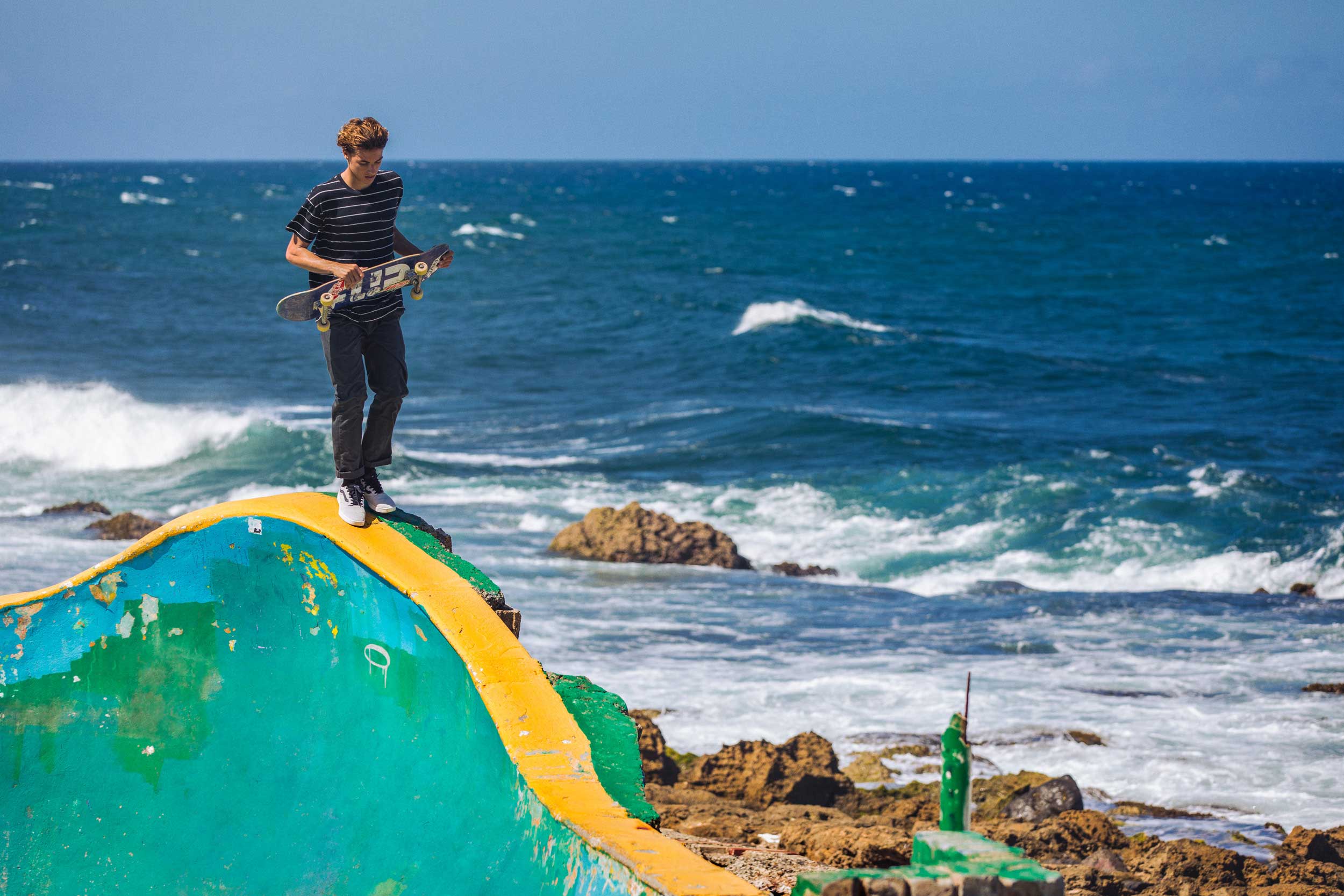 In July, Californian style pioneers Vans dropped the UltraRange Pro, a performance skate shoe that promises to live up to the needs of boundary-pushers like Curren. The burly new sneaker is packed with innovative technology that promises to provide greater connectivity between foot and deck – without choking the blood supply to your feet.

For starters, there’s the addition of a new co-molded outsole – bonded to the original waffle gum base – which promises deeper cushioning and grip. Inside, there’s a seamless LuxLiner, for a snug fit, capped off with a breathable tongue and panel vents for airflow.

So far, so techy.

But, truth is, skateboarding has long deserved the innovation enjoyed by other athletes. Sock-like liners, breathable tongues, collars and quarter panels have all been seen in other sport shoes for what feels like eons. Finally, it seems, this is skateboarding’s turn to get the kit it deserves. 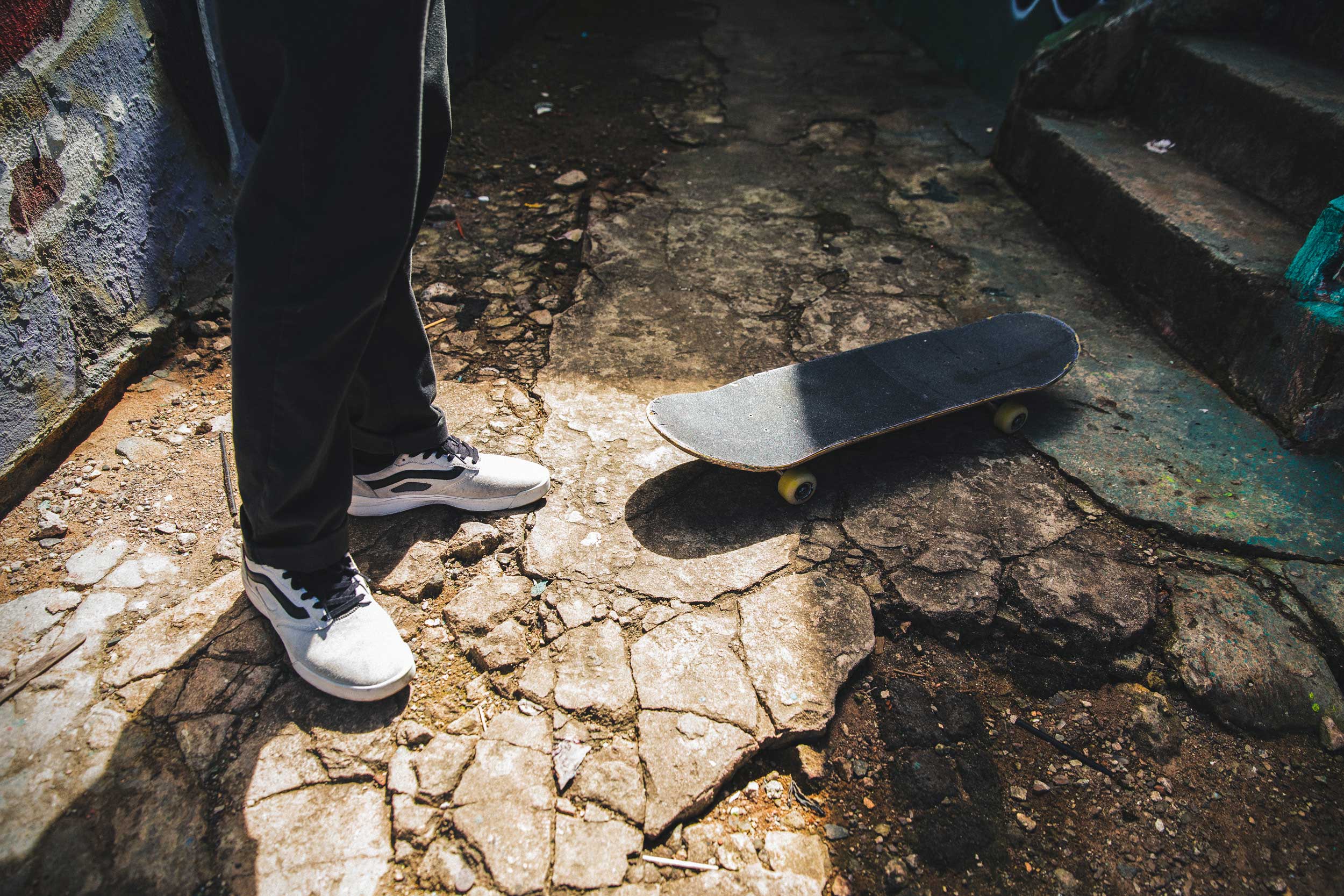 So what does Curren really think about this new high-tech era? “Normally with shoes, when you wear them they tend to stretch out,” he says. “The UltraRange Pros stay fit to your feet and offers great board control. They also last a long time.”

Vans’ Ultrarange Pro are out now.

Linkedin
RELATED ARTICLES
OTHER ARTICLES
A new film from Berghaus traces the story of Adam Raja, who left behind a turbulent upbringing to discover the healing power of climbing.
Since 2007, Gideon Mendel has made 20 trips to document floods in 13 countries. The result is an alarming record of what has already been lost to the climate emergency.
At his West Bank restaurant, Fadi Kattan established himself as the voice of modern Palestinian cuisine. Now, he’s bringing his innovative, bold flavours to the UK’s capital.
A new law change is enabling Britain’s donor-conceived children to know the truth about their origins – but campaigners say the fertility industry must do more to protect people.
Following the release of his debut single, Deyaz talks battling addiction, dealing with his struggles through music, and building a budding music career from his living room.
AI companies that develop image-generators using copyrighted artwork from the internet are coming under fire from artists who say that it amounts to theft.