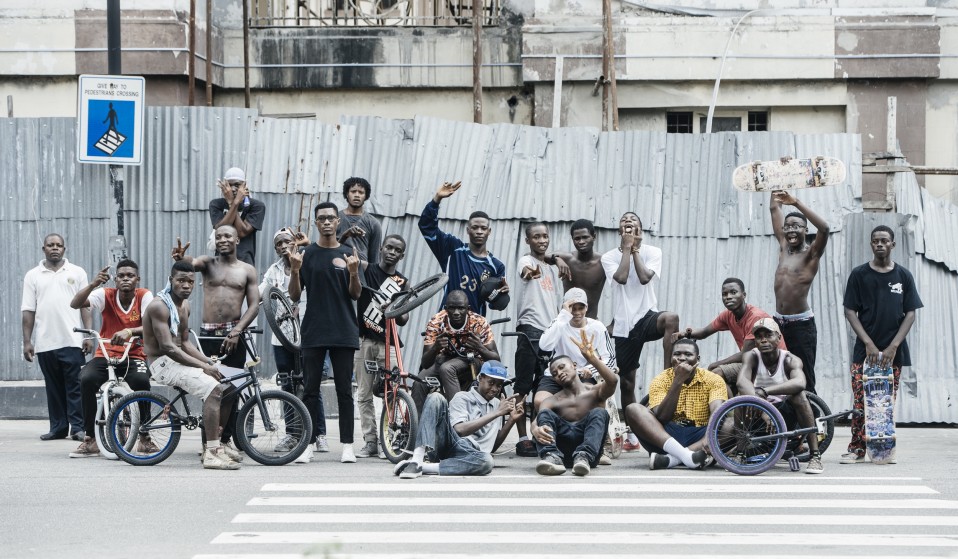 Red Bull photographer Tyrone Bradley captures an emerging scene in Lagos, Nigeria which is blowing up thanks to local crew Wafflesncream.

Red Bull photographer Tyrone Bradley captures an emerging scene in Lagos, Nigeria which is blowing up thanks to local crew Wafflesncream.

It’s all kicking off in Lagos right now. From fashion to food, film and hip hop, Africa’s creative renaissance is well and truly alive in the Nigerian capital.

Yet when it comes to skateboarding, there’s an palpable void. Home to a staggering 21 million people, and holding the title of Africa’s most populous city, Lagos – or Las Gidi, to locals in the know – might just be the biggest city in the world without a skate park. 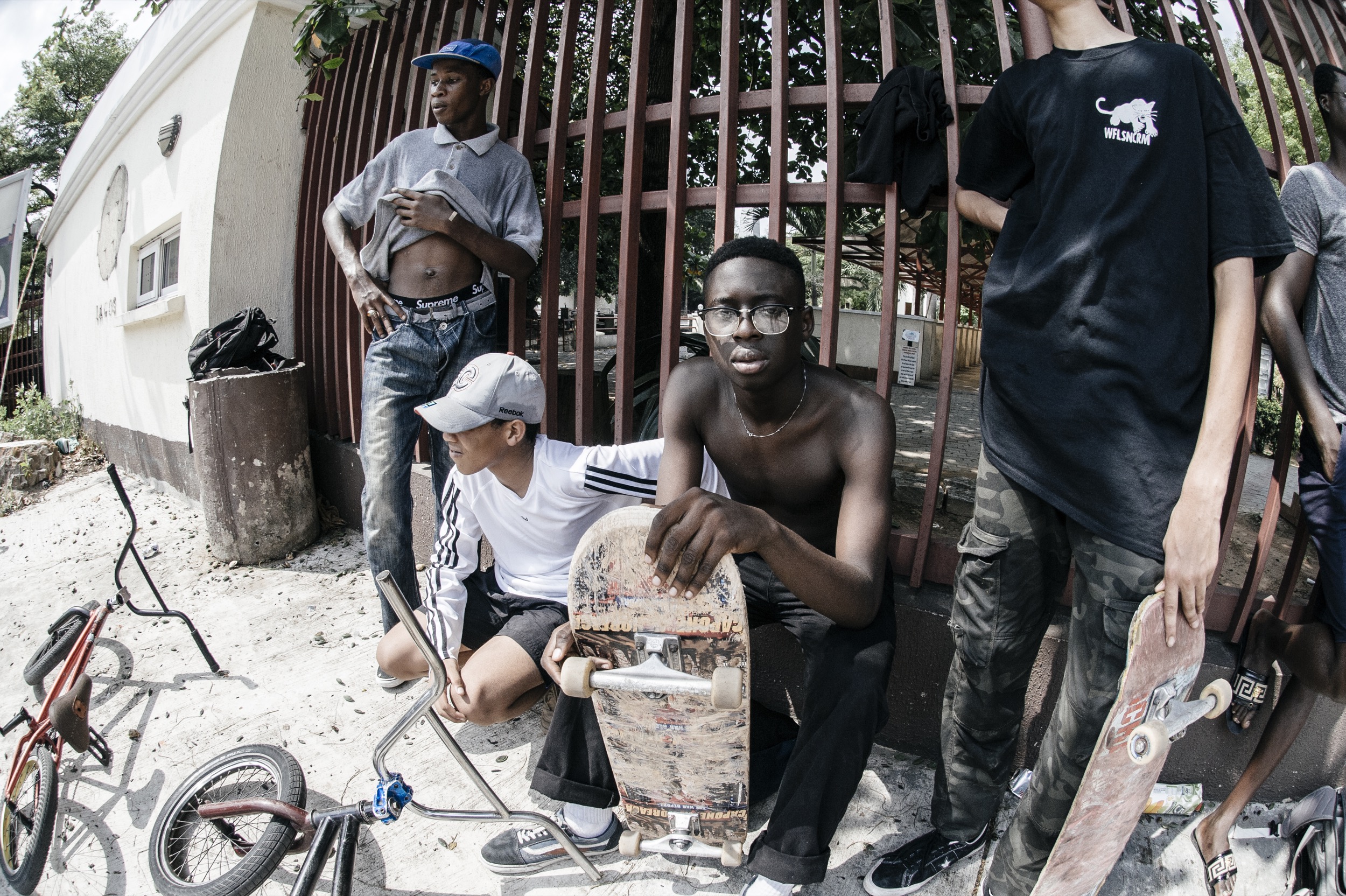 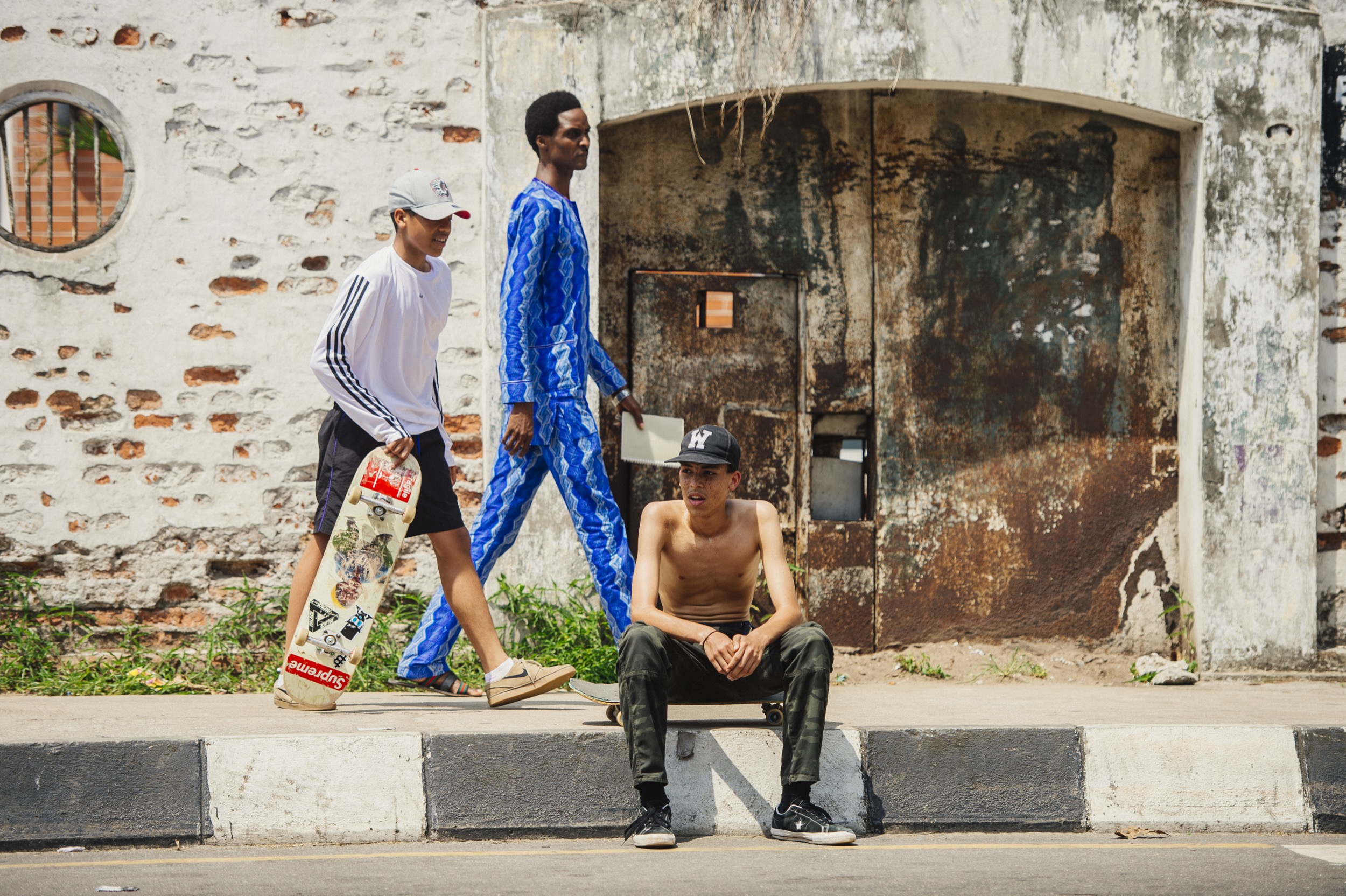 But local crew Wafflesncream are in the process of changing that – and fighting to help Lagos punch its weight on the global skate scene. After dropping Jide, the very first homegrown Nigerian skate edit last year, the Wafflesncream family took things to new heights when they opened Lagos’ very first skate shop this year – which they hope will increase access to equipment and be a catalyst for the rapidly emerging local scene.

A lack of infrastructure and the growing presence of armed police officers has been a frustration for local skaters in the past – but still not enough to snuff out the underground fire growing on the streets. With the first skate park in the works as we speak, it seems like another step towards releasing the brakes that have been holding back skateboarding’s growth. 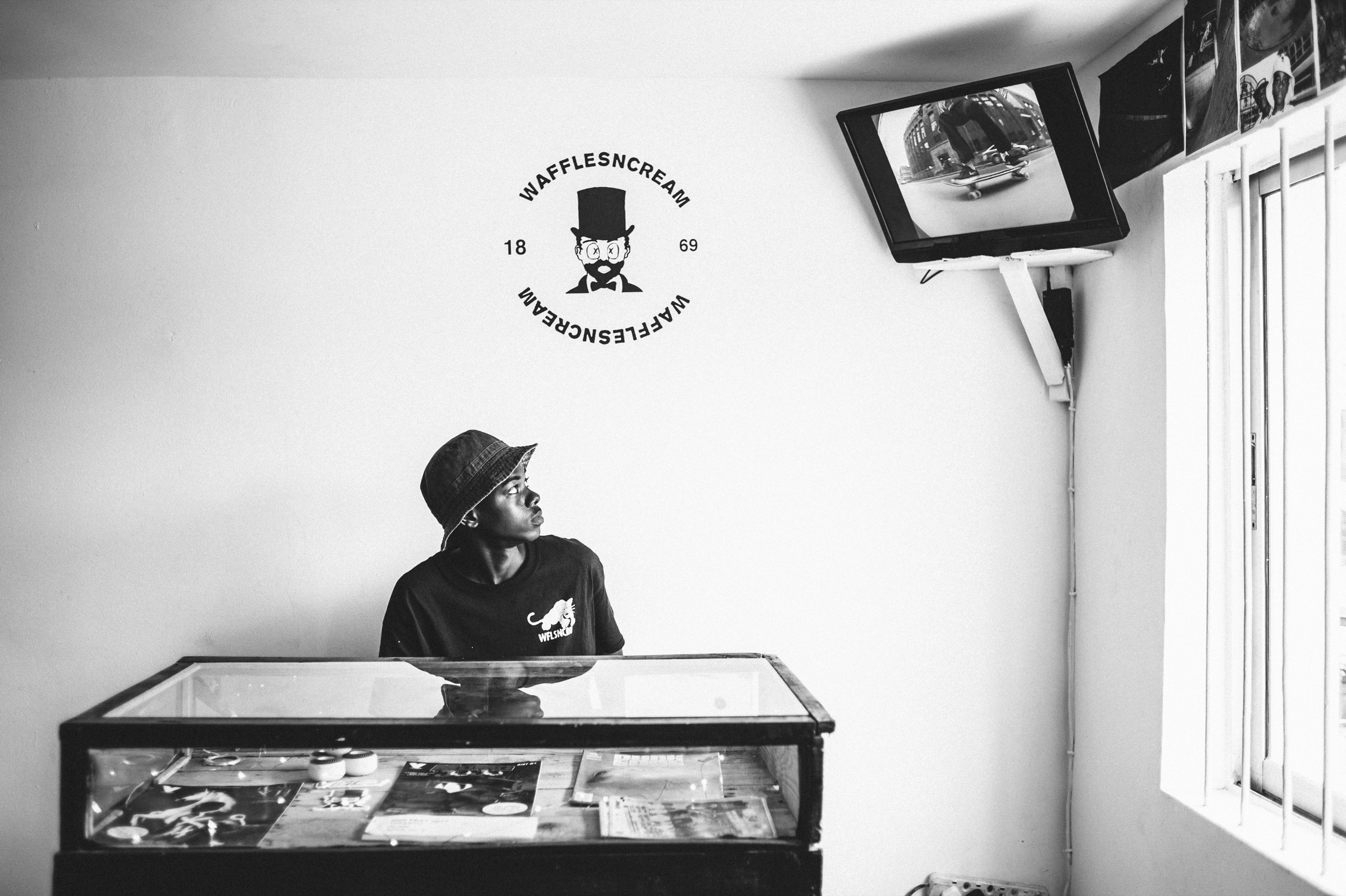 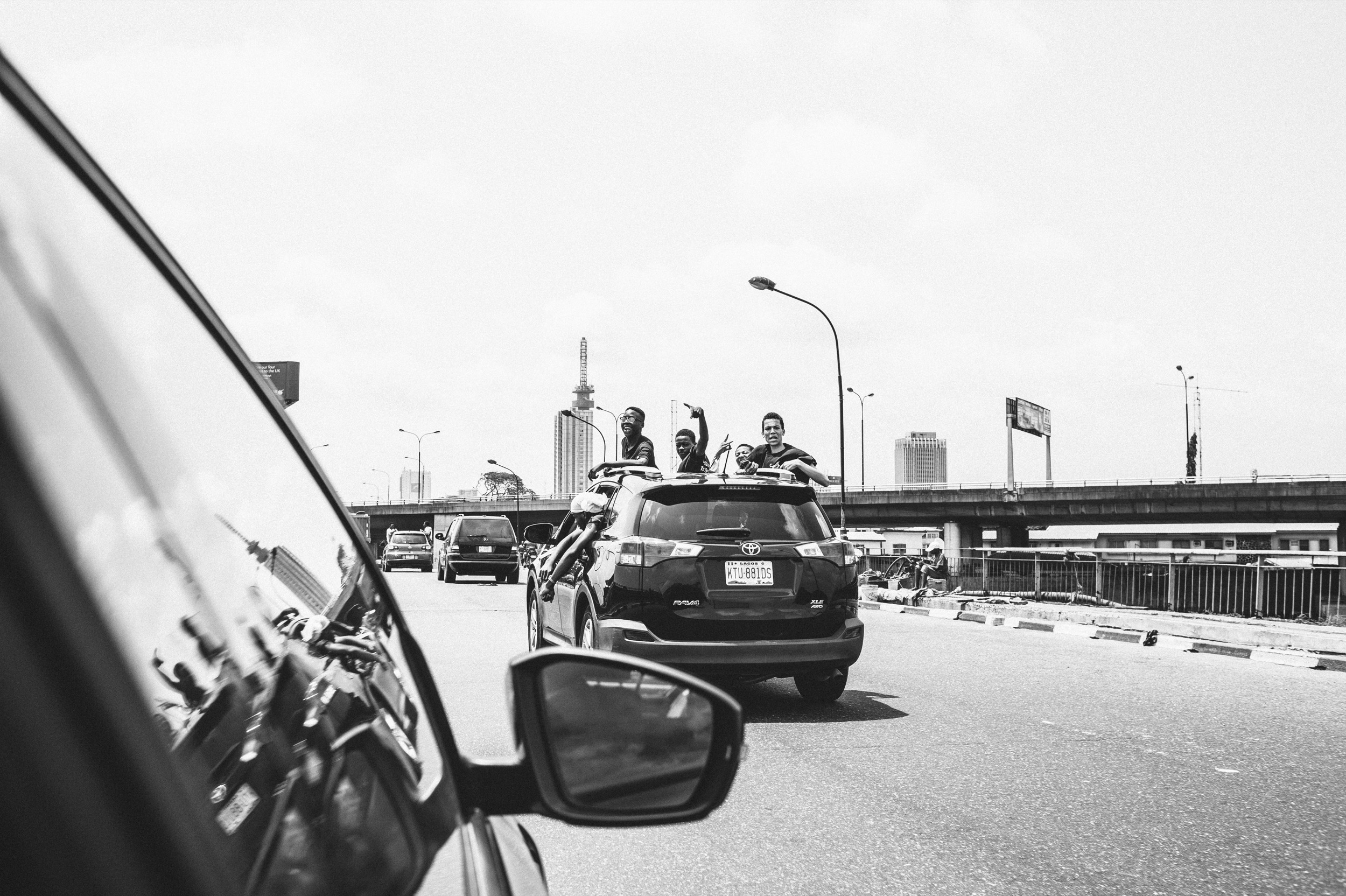 As Wafflesncream build momentum for Nigeria’s first ever Skate Jam on the 21st of June, worldwide Go Skate Day, they’ve shared this snapshot of the local scene. When South African Red Bull photographer Tyrone Bradley passed through town to capture the growing community of skateboarders and Bmxers, the Wafflesncream family gave him an appropriate welcome and introduced him to Lagos’ biggest spots. 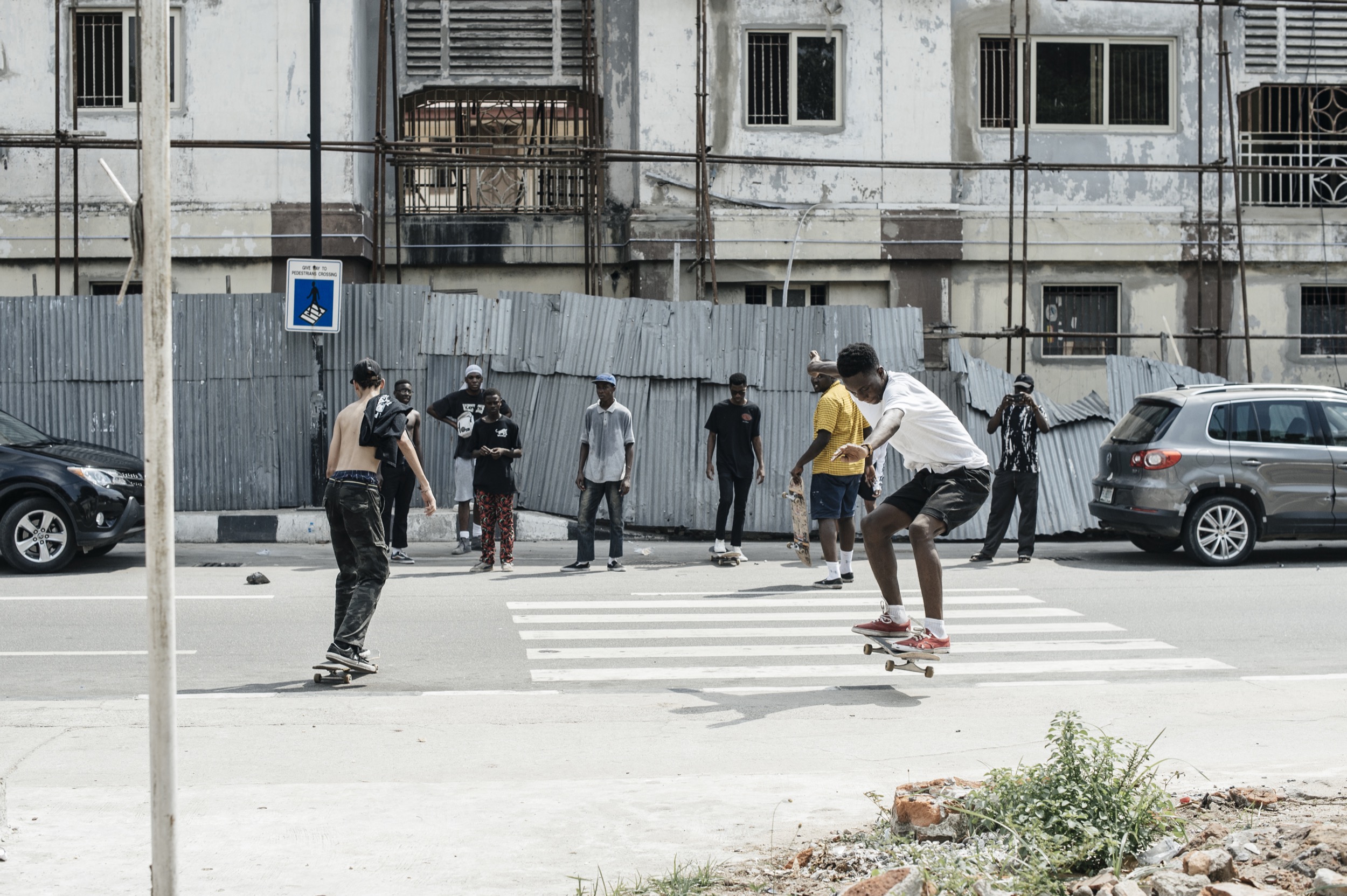 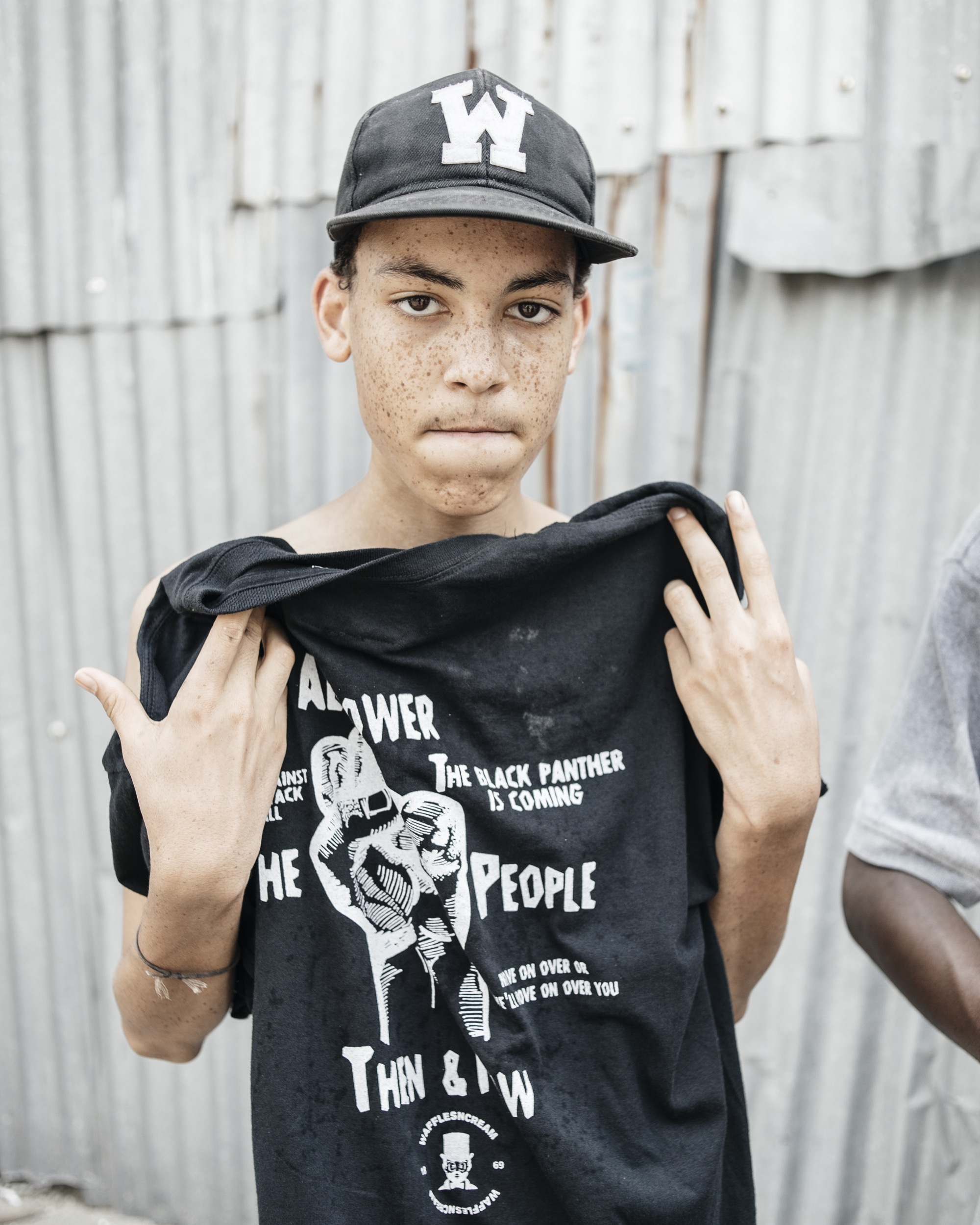 Bradley’s series captures the scene at a pivotal moment, just when everyone involved feels that it’s on the cusp of really blowing up. So, get in at the ground floor, because for Wafflesncream and the skaters of Lagos, the only way is up. 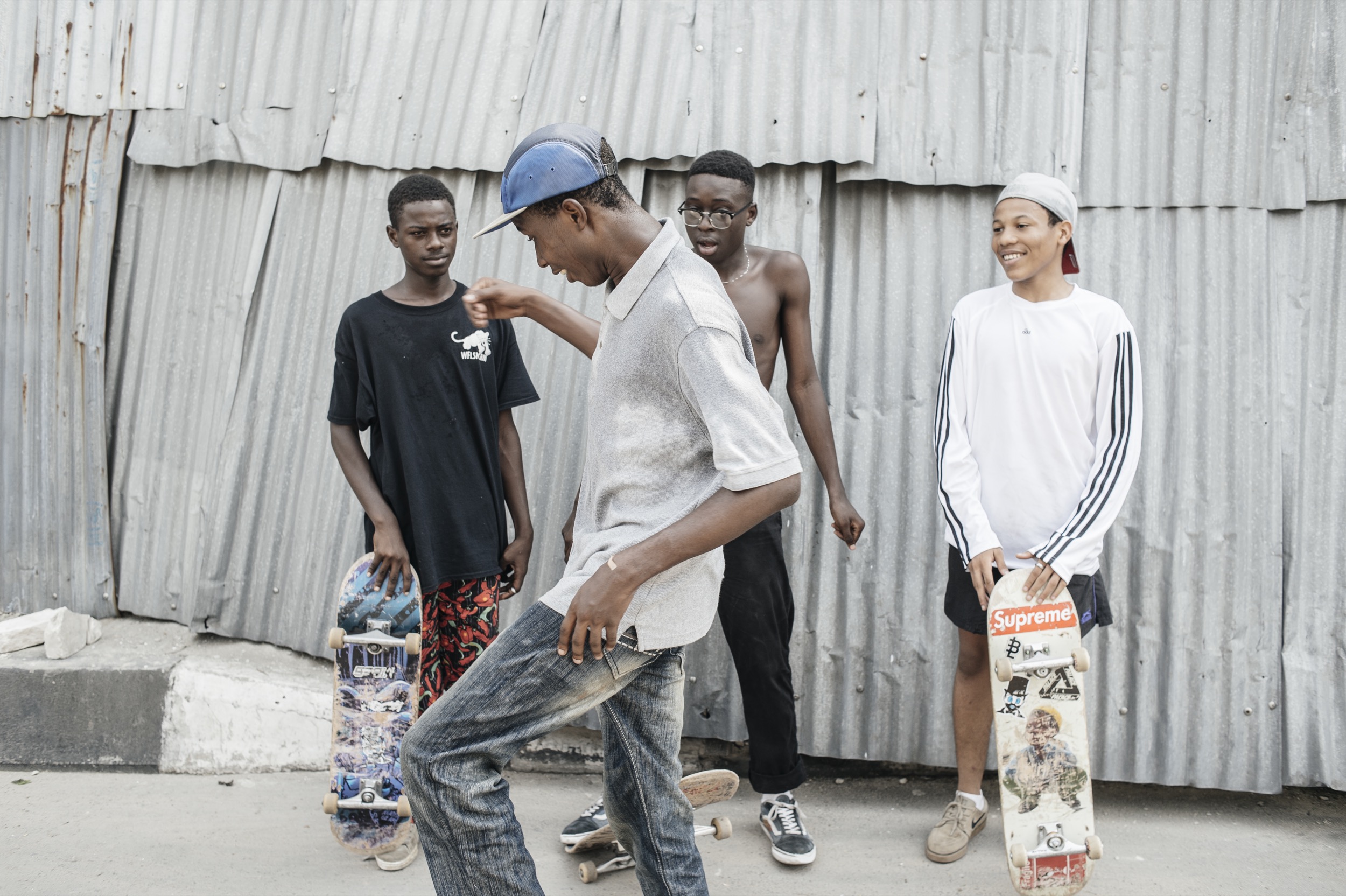 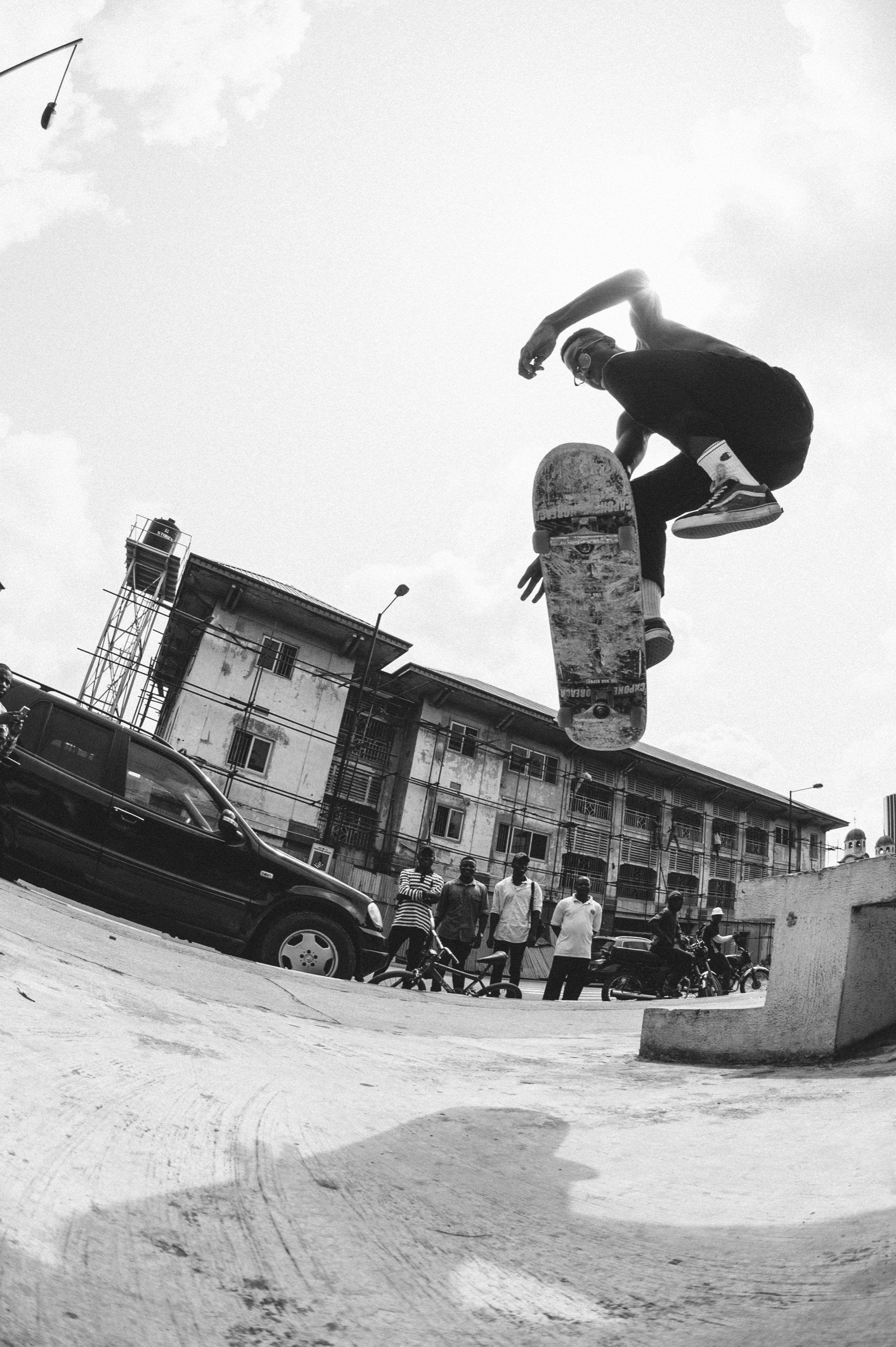 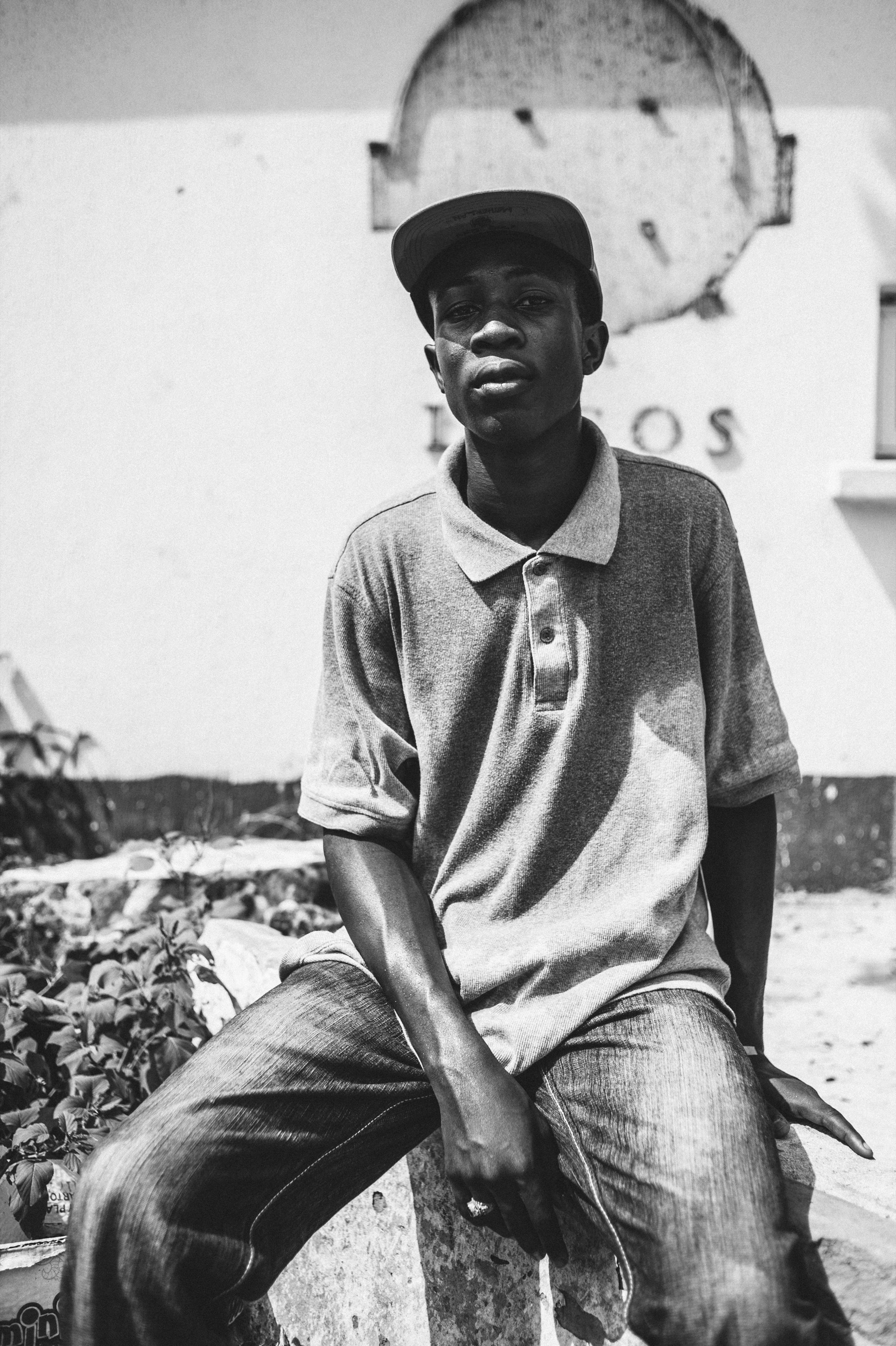 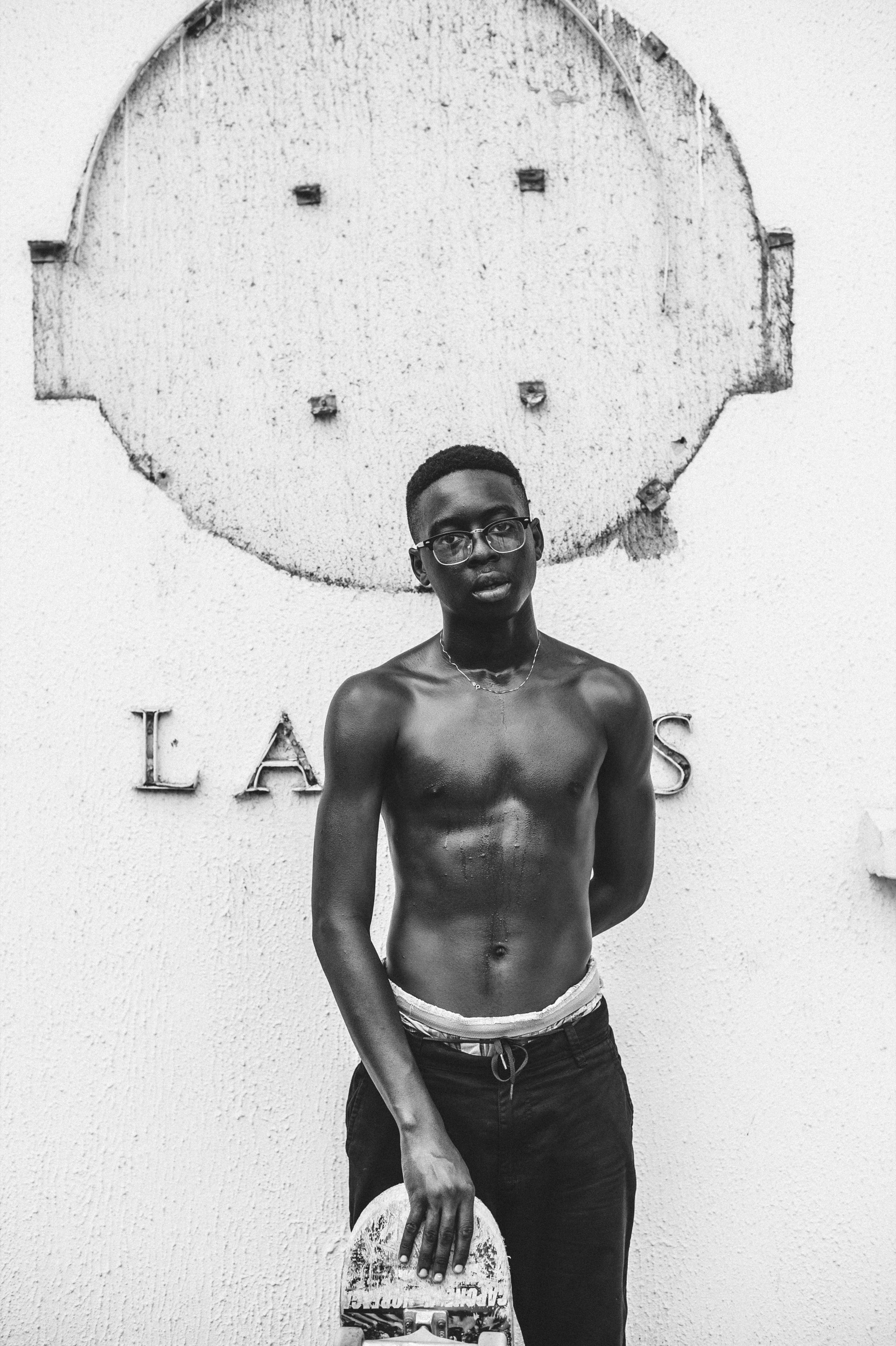 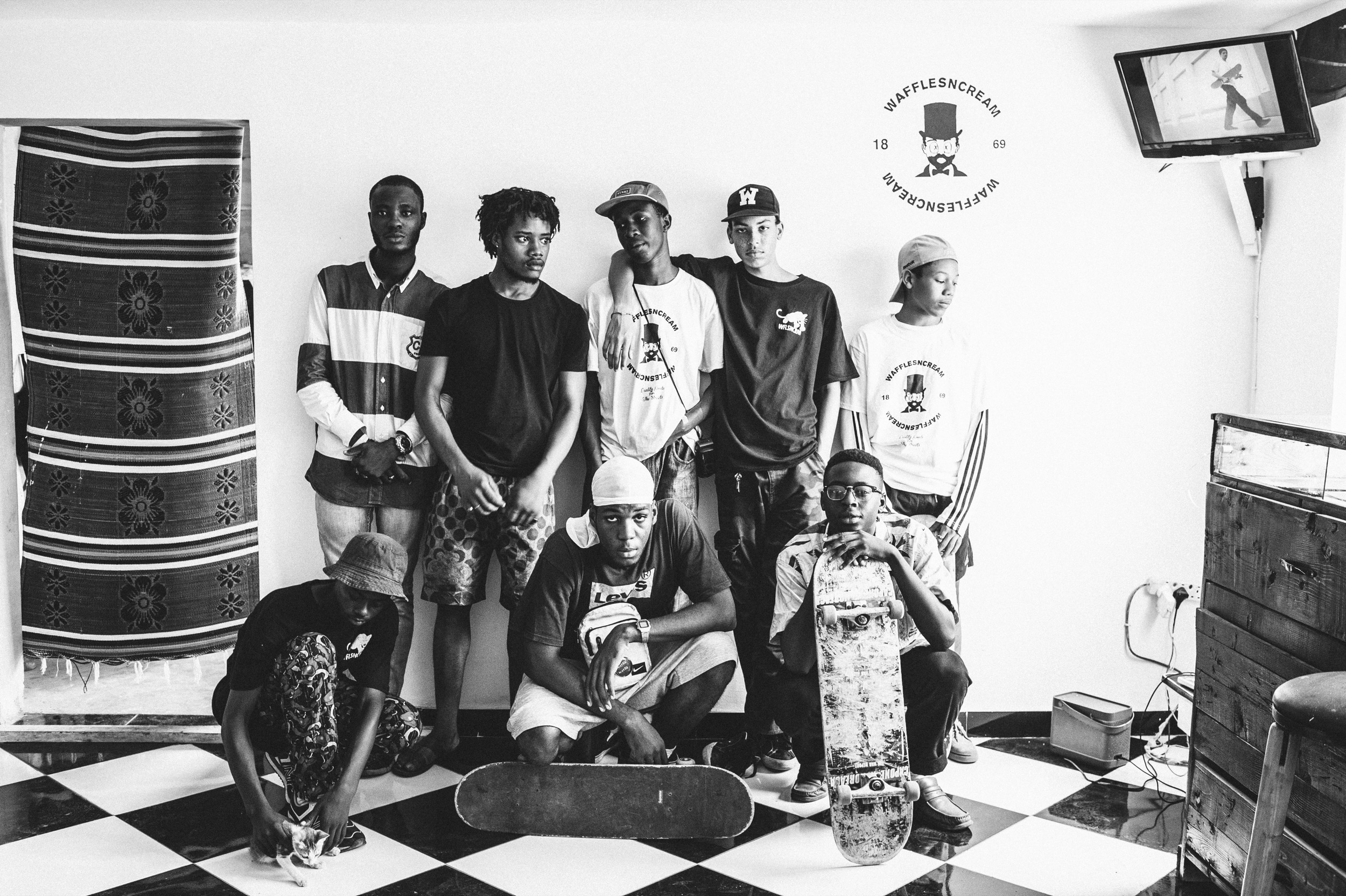 Find out more about Wafflesncream.

Linkedin
RELATED ARTICLES
OTHER ARTICLES
Over the weekend, London locals came together to resist a pre-planned police raid targeting delivery drivers.
In the latest OFFF Dispatch, the enigmatic designer dives into his process, connecting the dots between his unique and varied creative output.
From the Yakuza to a biker gang, Bruce Gilden recounts capturing Tokyo and Osaka in the ‘90s.
The failure to hold landlords to account is denying tenants their basic dignity, writes Bella Saltiel.
The revered showbiz chronicler recalls his journalistic beginnings, documenting subcultural scraps in the ’80s.
For decades, Wilmslow Road has been a bustling area full of curry houses. But how did it come to be what it is today?