Outdoor / Skate / What now for… skaters? 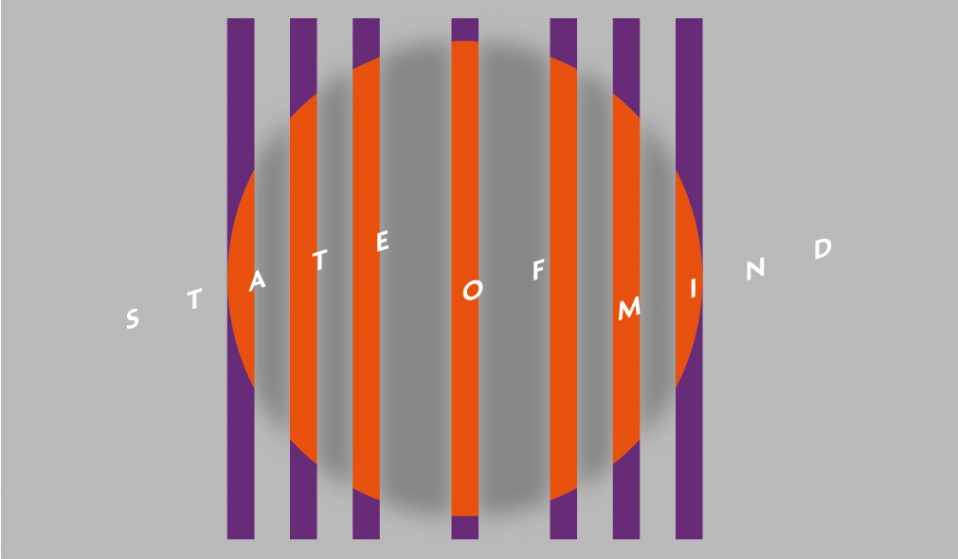 Shelley Jones explores how the lockdown has affected the skateboarding community.

Huck is exploring the impact that the coronavirus pandemic is having on different communities – and on our mental health. In this final instalment, Shelley Jones explores how the lockdown has affected the skateboarding community.

It’s a sunny day in London and hundreds of skaters in medical masks are skating from Southbank to Hyde Park carrying hand-painted signs – “No justice, no peace”, “Arrest the cops that killed Breonna Taylor.”

The turnout for today’s Black Lives Matter march is huge and poignant on many levels because it’s also the first time the skateboarding community has gathered in any sort of official capacity since the UK was plunged into lockdown in March. For a community that lives in the physical world, it’s a particularly meaningful reunion.

Skateboarding, like the world it is a microcosm of, has changed significantly in recent decades. Despite a chequered history with gender inequality and homophobia, skateboarding culture has experienced a shift in consciousness that has made it far more open and inclusive in recent years. A big part of that change has been a conversation around mental health – a conversation that has become more intense during lockdown. How do skateboarders, who often skate to aid mental health, cope when that practice is largely inhibited? How are they coping with the crisis?

“Through lockdown, I’ve had lots of time to think and reflect,” says Lucy Raemers. Lucy is co-founder of The Ben Raemers Foundation, a charity focused on raising awareness of mental health and suicide within the wider skateboarding community. The foundation was created in honour of her brother Ben Raemers, a UK skateboarder who committed suicide last year aged just 28.

“Knowing how much Benny struggled mentally in the last few years of his life, I’ve got some sort of peace knowing he’s away from this world right now,” says Lucy. “He struggled being on his own and I now understand it’s down to being alone with his own dark thoughts. If he was here for this he would have had months of facing his demons. It breaks my heart that I’ve lost my twin but he’s safe now and he really wouldn’t have coped during Covid.” 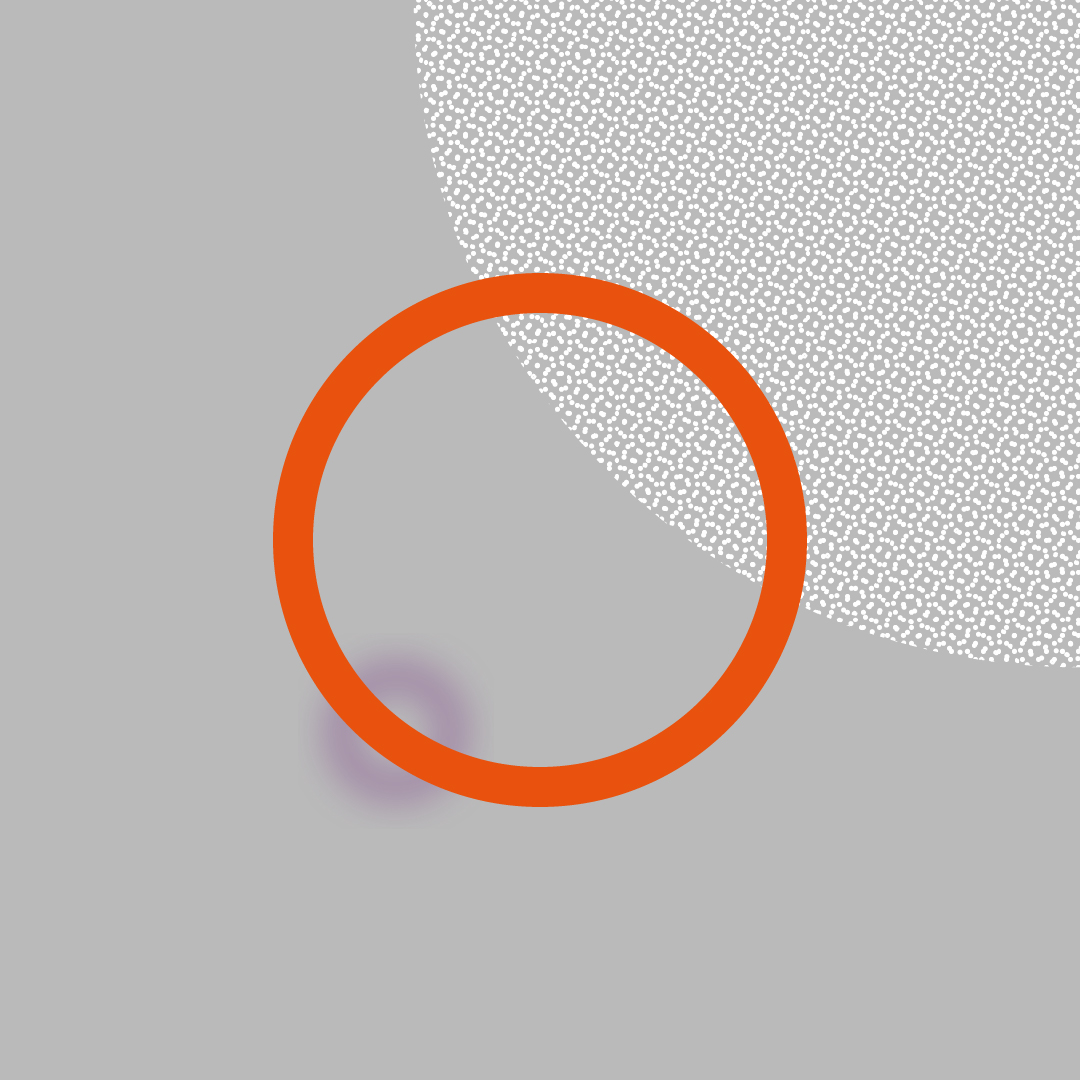 Skateboarding has historically attracted outsiders and people from the fringes of society. The nature of the pursuit – which is affordable, reclaims unused spaces, and requires a lot of time hanging out – tends to form close bonds. For many skateboarders, this community is their chosen family. According to the charity MIND, one in four people experience problems with their mental health during their lifetime. Social networks, like those shared by the skate community, can be a lifeline. But what happens when that structure falls away?

“Lockdown is proving hard for the majority of people but for vulnerable skaters, it’s going to be a seriously tough one,” says Lucy. “They are built on fresh air, exercise, being surrounded by mates and constantly on the go on their boards. With lockdown measures, most of this has been restricted and I can only imagine what knock-on effect that will have on them. It’s heartbreaking and I just hope if anyone is struggling they know to reach out and know it’s okay to not be okay.”

The foundation, which Lucy co-founded with skater and artist Rob Mathieson, as well as their friend the social care professional Susie Crome, and Ben’s cousin Francesca Bortoli, exists as a safe place for skateboarders to open up. Through events – like the SMiLe film screenings and panel discussion earlier this year – and IGTV video tutorials on physiotherapy and yoga, the foundation encourages conversation, openness and provides valuable information for skateboarders seeking help.

Rob agrees that the current climate may exacerbate existing struggles. “I don’t think it’s good for anybody’s mental health to be locked away on your own,” he says. “Skateboarding, for many, is a very social past time so not being able to get out with your mates is going to be hard. That’s one thing I remember about Ben is that he hated being on his own. He always wanted to be in someone’s company.”

Although it’s not a privileged practice, skateboarding has been something of a closed-book culture in the past. In 2012, Huck reported on how a lack of openly gay skateboarders had left many feeling stigmatised and ostracised by the core community.  Add to this a lack of opportunities for females and persistent incidents of racism and skateboarding has not always been a welcoming place for all.

“Skating has affected my mental health in a lot of ways,” says pro skater Leo Baker, who changed their name after coming out as nonbinary in 2018. “Competitions have worn me down, and experiences within the industry have too. For as long as I’ve been known as ‘Lacey Baker’ it’s been a challenge. Since coming out I’ve felt a lot better in the world. And skating especially. The industry has been narrow-minded until recently and even still we are pushing back every day… There has been a shift but it’s been on our own agenda. It’s our own fight and we’re finally starting to break through. Pushing back against patriarchy, the gender binary and heteronormativity is a lifelong battle for everyone. Progress is slow.”

To encourage progress, Leo formed NYC Skate Project, an intentional community that hosts skate sessions, poetry workshops, and art shows for gender non-conforming folx and cis women who skate. With events on hold while the pandemic spreads, how is Leo coping? “I try to skate every day, as much as possible,” says Leo. “Mental health has been my priority for over a year now, so through the pandemic, I have felt somewhat okay, luckily. I meditate every day and I do physical therapy and skate as consistently as I can. All of that is my foundation for mental health.” 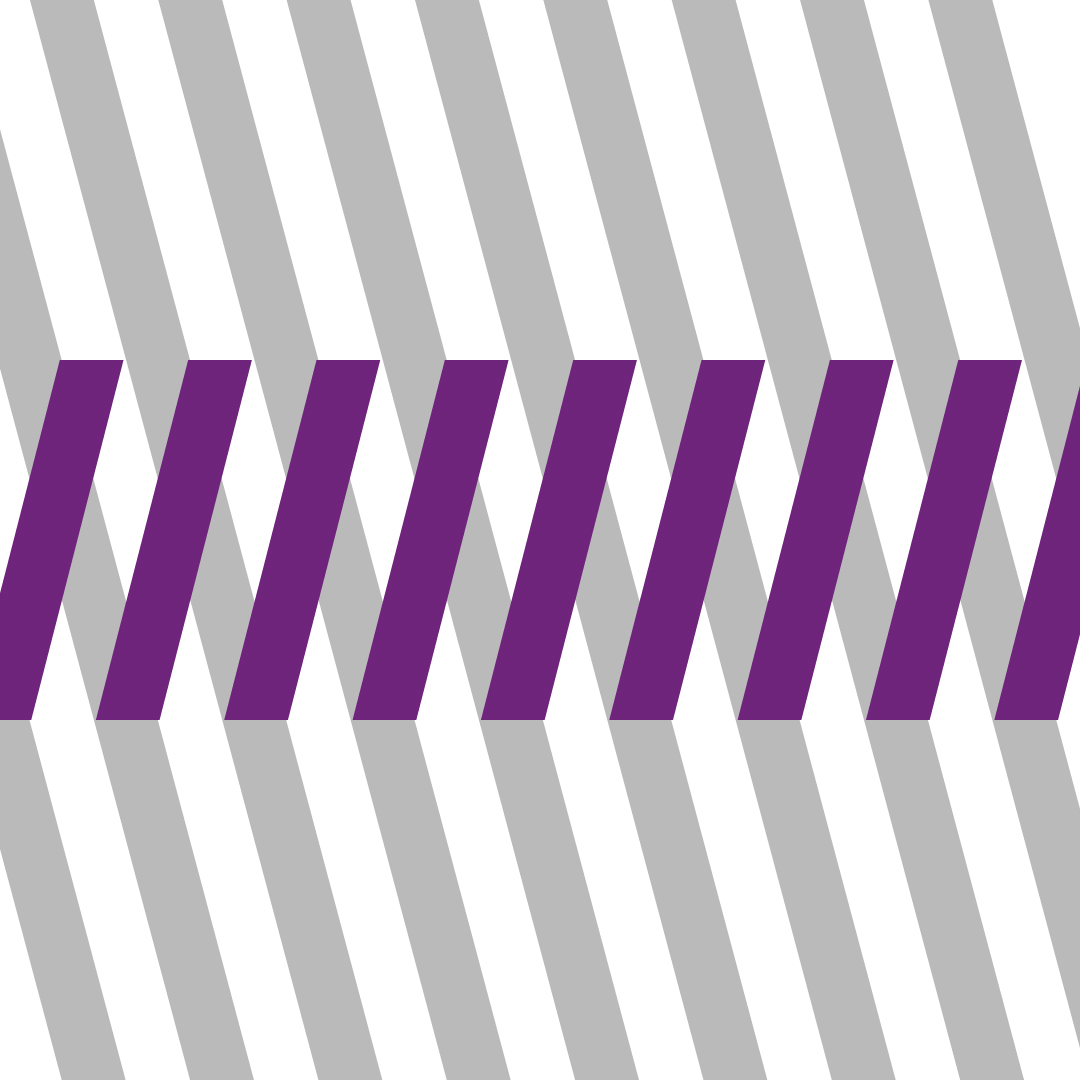 London skater and musician Aimee Gillingwater, who came of age a little behind Leo, has benefitted from this cultural shift earlier in her life. “When I first went to girls nights at Baysixty6 [skatepark in West London] there were 10-15 of us max,” she says. “The last one I went to must have had 200+. It’s such a blessing to have watched that happen as I’ve grown from a teenager to a woman.”

Aimee has been aware of caring for her mental health since she was a young teen. For her, skateboarding has provided a healthy and productive outlet and support network. “From the ages of 12-16 I was bullied in and out of school and seriously depressed with self-esteem issues,” she says. “My family tried a lot of different options to help me from therapy to medication and everything in between, but nothing gave me more joy or self-belief than skateboarding. I’m not sure if it’s purely endorphins, I think making so many different wonderful friends who lifted me up and encouraged me helped the most.”

She admits that lockdown has brought additional challenges but that there have also been positives to the experience. “I had been going through a rough time at the beginning of the year dealing with the death of a close friend, so I had already been self-isolating to help deal with the emotions I was feeling,” she says. “So when lockdown kicked in right as I was ready to start being social again it hit me pretty heavy. I’m a very hyperactive person and if I don’t exercise my moods do become quite low and I end up becoming a bit agitated. Quarantine forced me into exploring other ways of exercising in my flat and letting out energy through playing music.”

Leo has also been able to find some positives in the experience. “It has been nice to strip away a lot of excess,” they say, “and just focus on what my needs are. I needed a break from travelling and competitions so this has been one of the upsides for me.” 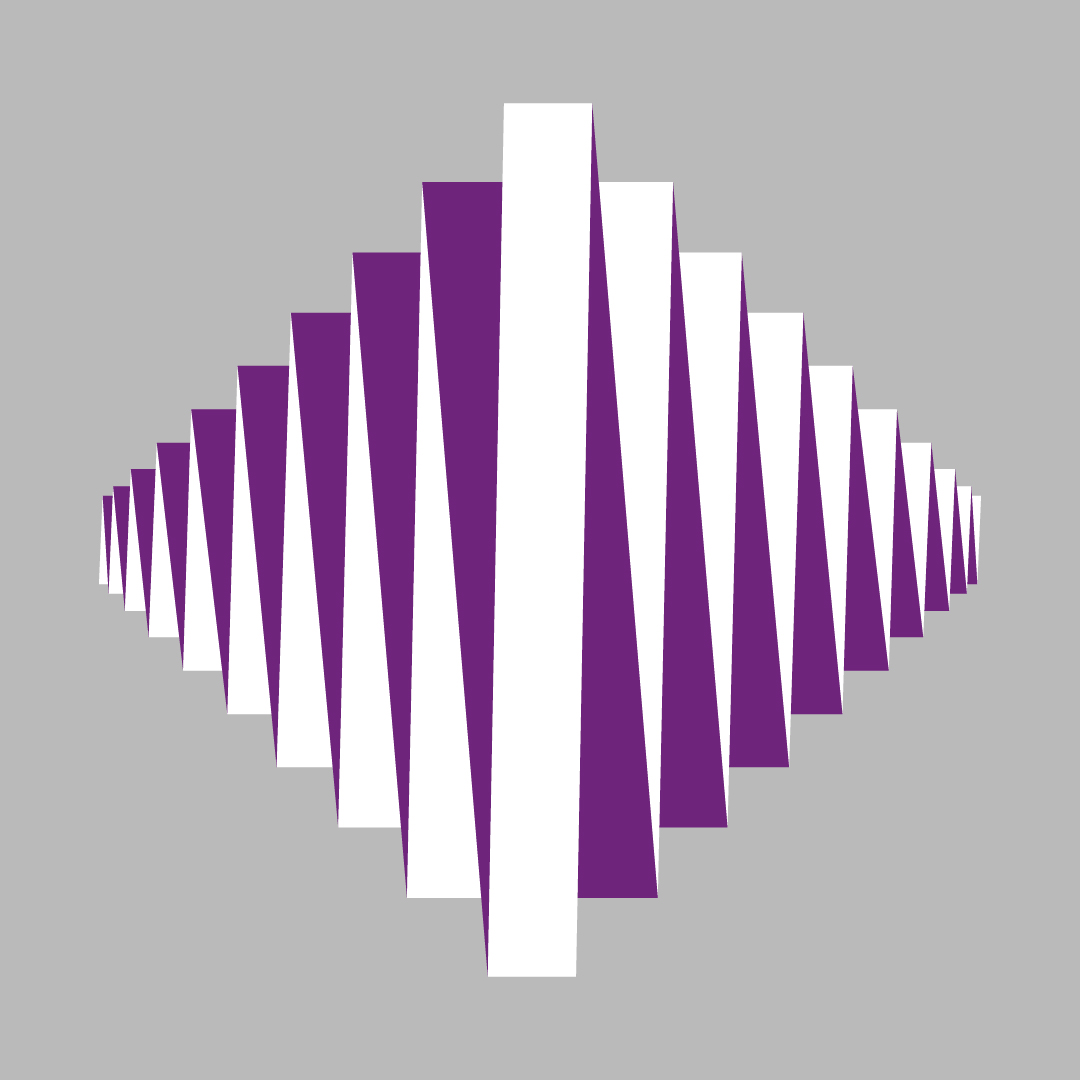 As the world begins to move out of quarantine, skateboarders are regaining access to positive things for their mental health – skateparks, social groups, professional organisations and events like the ones put on by The Ben Raemers Foundation in London, Unity Skateboarding in San Francisco and NYC Skate Project in New York. But of course, the fallout from the pandemic (economic recession, restrictions on travel, continued health insecurity) will bring with it new problems too.

“The best tip I could give to any skater reading this during this difficult time is making sure you get back on your board for a few hours a day with some pals – within government guidelines, of course,” says Lucy Raemers. “The world is still a very uncertain place in regards to COVID, which can cause lots of anxiety and overthinking. Being back on your board and seeing a few friends will go such a long way.”

“I think society as a whole is changing,” says Rob Mathieson. “While our focus is on reducing the stigma of mental health through talking about it at events and through social media, we are aware of intersectionality across the skateboarding community and conscious that we need to be representing and supporting the breadth and depth as much as possible.”

And for every big action or change, little moments of self-care are equally as important. “Healthy diet, exercise, skating, creativity, meditation, and mindfulness, therapy, antidepressants, gratitude journaling, getting enough sleep,” says Leo, reeling off their strategies for good mental health. And when the virus is over? “Hugging my friends.”

Linkedin
RELATED ARTICLES
OTHER ARTICLES
Zsófia Sivák’s ongoing project documents the country’s tavern culture, preserving a once defining part of rural life.
Activists and campaigners are fighting back against new laws that would seriously undermine the ability to take industrial action, calling it an attack on fundamental workers' rights.
A new podcast is opening up the conversation between trans women and trans amorous men in the hope of building coalitions.
Mass crustacean die-offs in the North East have led a community of fishermen to take action to save their seas.
After blocking the Scottish government’s gender recognition reform bill, Westminster is now devising further changes to the law to make it harder for trans people to self-identify.
After a two-year hiatus and a new album, the Nigerian artist is riding high. Now, he wants to bring his alternative, genre-bending sound to the world.