Outdoor / Skate / Why I do what I do / Is Zambia Africa’s new skate hotspot? 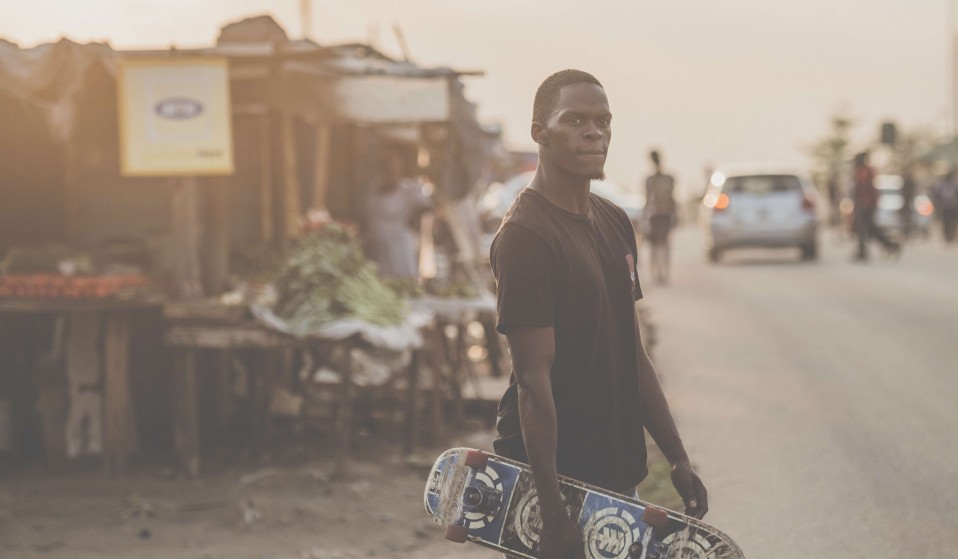 Elijah Zgambo may be responsible for the evolution of skateboarding in Zambia, but it was dodging skinheads as a black skater in Russia where he first discovered his passion.

Elijah Zgambo may be responsible for the evolution of skateboarding in Zambia, but it was dodging skinheads as a black skater in Russia where he first discovered his passion.

Elijah Zgambo is nursing a sprained ankle after stacking a big gap in Zambia’s capital city Lusaka. The twenty-three-year-old is off the board for the time being but that hasn’t managed to dampen his enthusiasm about Zambian skateboarding’s newfound popularity and the defining role he’s played in its meteoric rise. Today there are thousands of skateboarders in Zambia, but when Elijah returned to Lusaka in 2005, feeling like an alien in his own country after almost a decade in Russia, the culture was virtually non-existent. 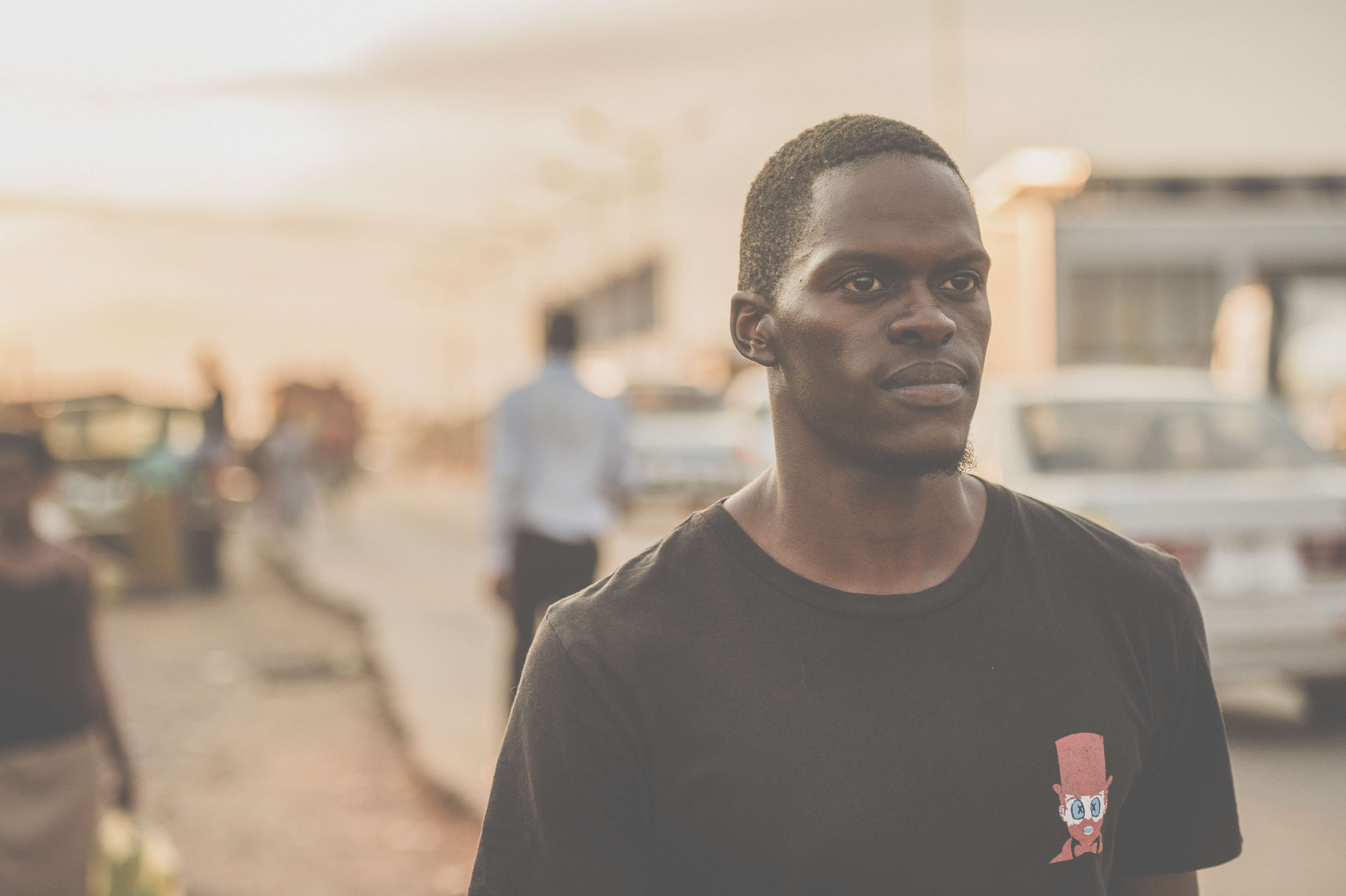 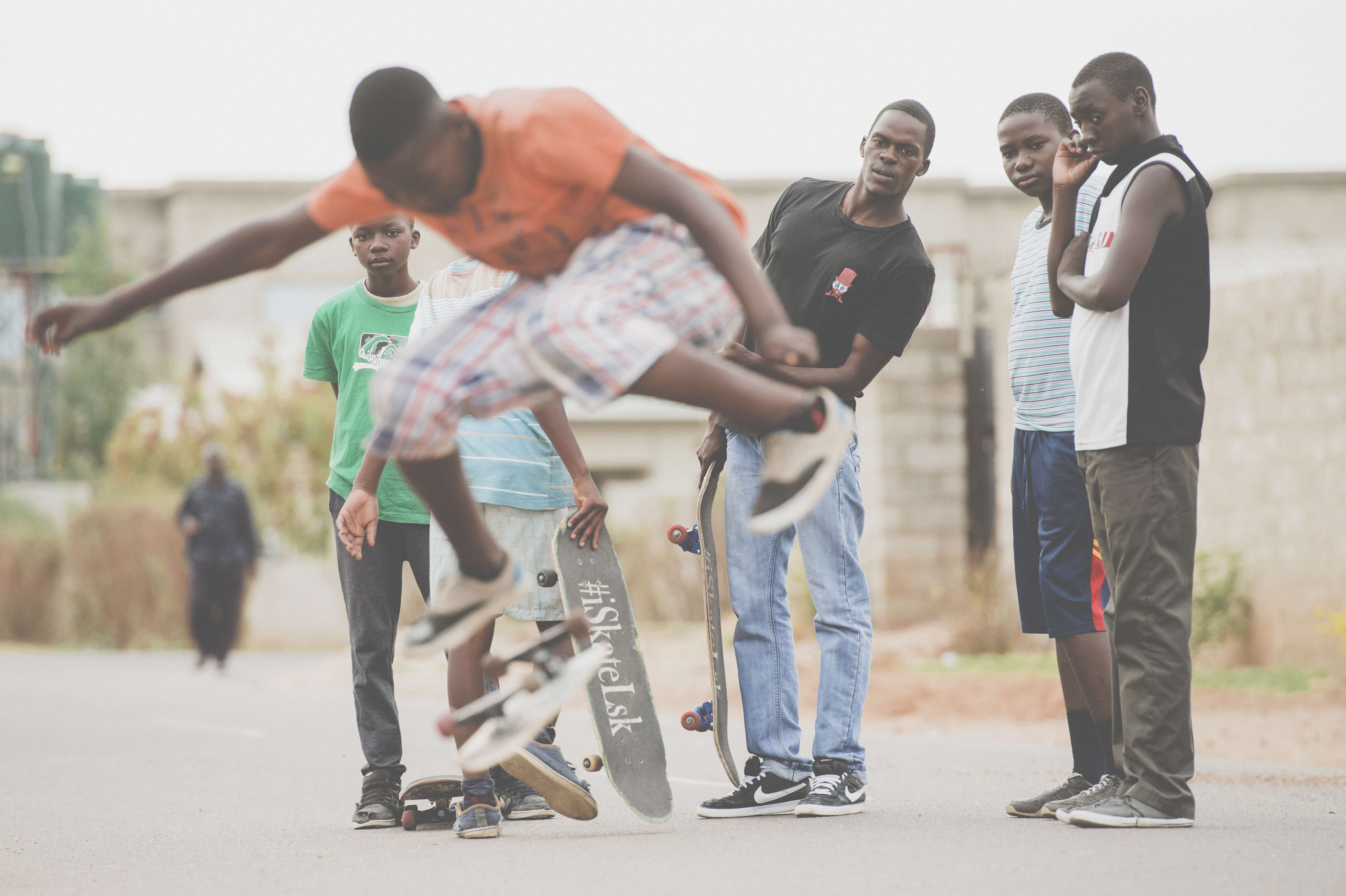 Elijah left Lusaka in 1996 and touched down in Moscow on his fifth birthday after his mother, who worked in Zambia’s Foreign Service was posted to their embassy in the Russian capital. Elijah has positive memories of Moscow, but being one of the few black kids there in the late ’90s could be problematic. “I don’t know if it’s as bad any more, but at the time it was very hard to be black and live freely in Russia,” he recalls. “There’s a problem with racism, but I learned that was just a minority of people. I had some great friends who were Russian and colour wasn’t even an issue to them.”

Elijah discovered skateboarding on Russian television and it was love at first sight. “Instant fascination, of course! Obsession!” he remembers. The first real skater he met was a Jordanian named Islam. “I bugged the shit out of this guy,” he says, laughing. “I was just like, ‘Teach me how to skate, that’s all I want!’ I would go to this guy’s house and wake him up every day so he would come out skating.” 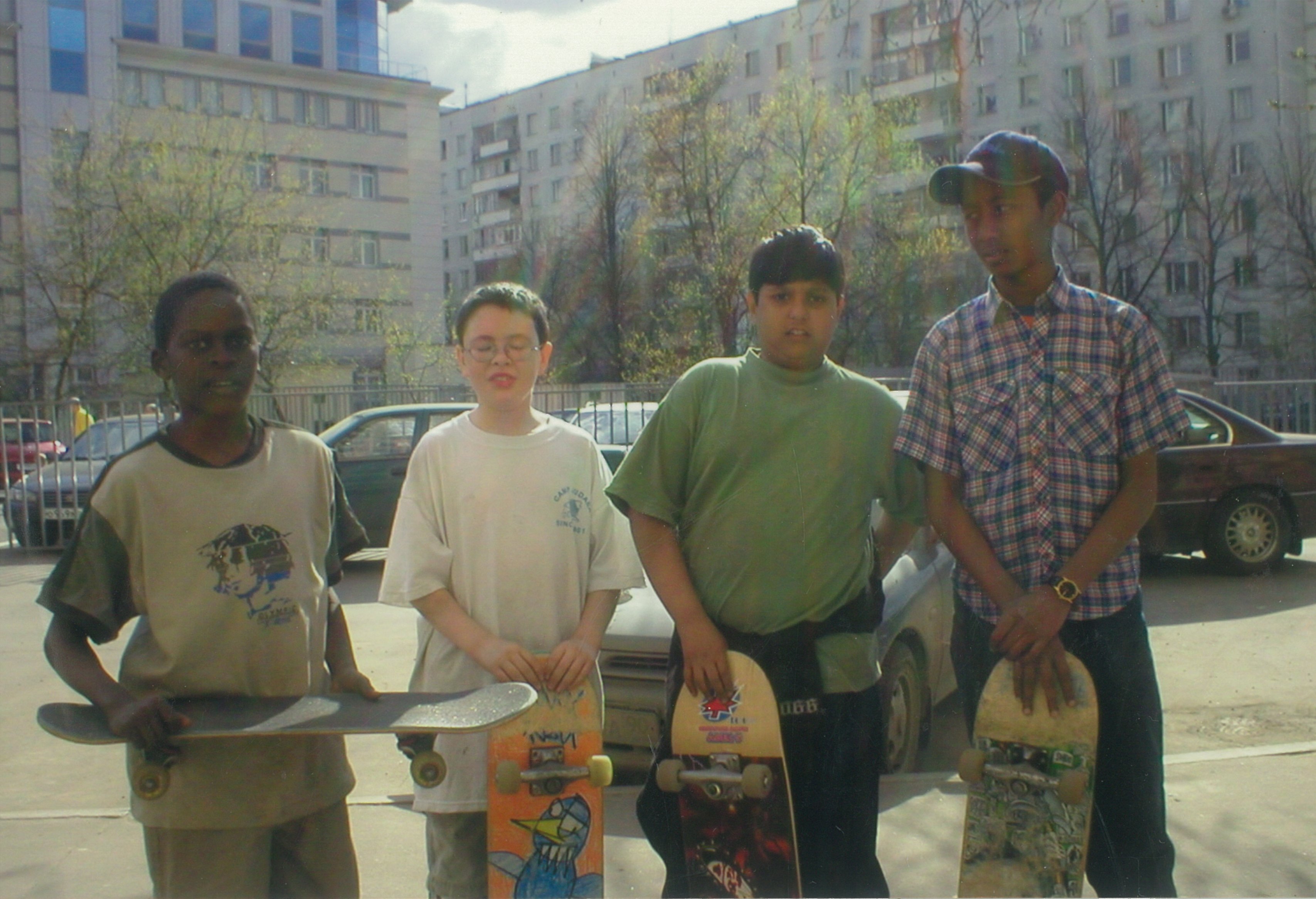 Elijah with his first skate crew in Moscow.

Skateboarding encouraged Elijah to break out of the isolated bubble he was living in with the kids of other diplomats. It was how he met his first real Russian friends and started to feel more connected to the city and its people. “Our parents told us never leave the compound because we would hear of students getting killed or attacked by groups of skinheads,” he recalls. “It was kind of terrifying but as I grew up, I wanted more freedom. I hope my mum never hears about this but I would sneak out almost every day to go skate with my first skate crew. Once or twice when I was skating with my friends, we saw groups of skinheads coming in our direction and the guys would cover me so I could run. They always made sure I got home safe but there were some times when it was incredibly scary.”

Growing up surrounded by kids from all over the world, speaking English and trying to learn Russian, Elijah had little connection to his Zambian roots. “All I knew was I’m an African, I come from Africa,” he reflects. “I didn’t really feel Zambian. I was around so many different groups of people I didn’t see nationality, I didn’t see race, I didn’t see colour, I just saw people. One thing I identified more with was skaters, if anything I was just a skater. That was like my entire belief, it was my lifestyle, my everything.”

Skating with the big kids and his competitive personality helped him progress rapidly. Vans offered him sponsorship, but his dreams of turning pro were dashed when his mother’s posting ended and the family had to return to Zambia. “Skateboarding was all I saw in my future,” he recalls mournfully. “To go to a place where I knew I couldn’t be sponsored, I couldn’t excel as a skateboarder was a nightmare. I remember I cried when I found out we were coming back. I actually cried tears, it was so depressing.” 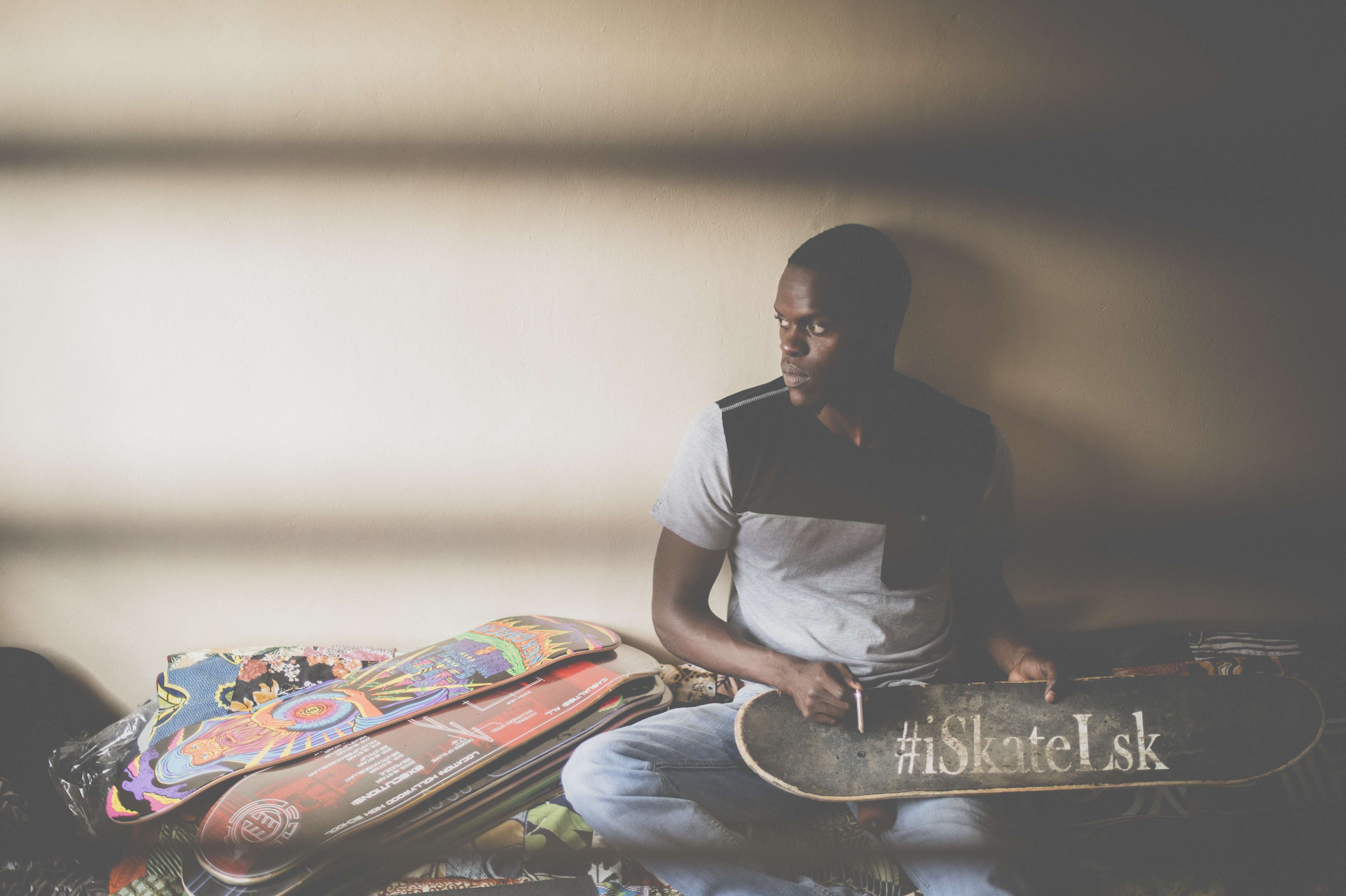 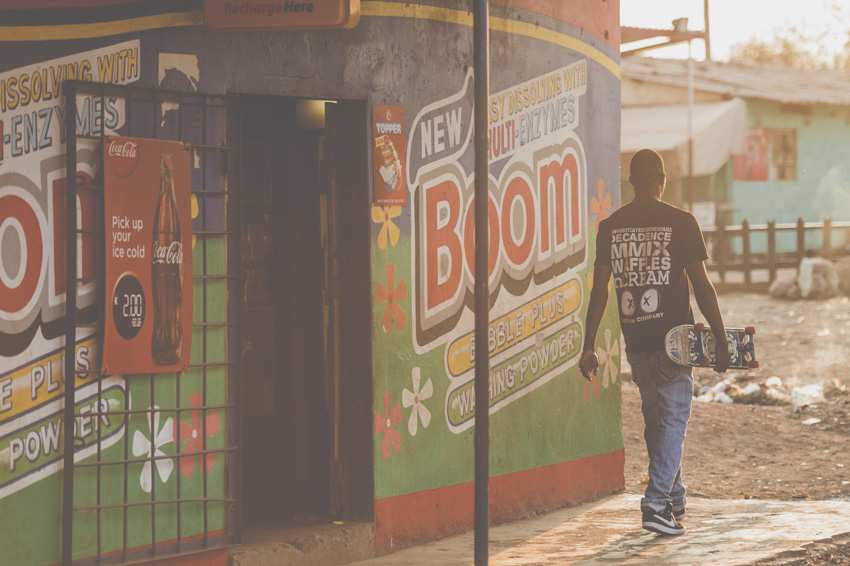 Aged fifteen at the time, Elijah suffered a painful transition back into Zambian life. He could barely speak the local language and was bullied constantly for his international school accent. He felt isolated and alone, with skateboarding as his only release, until he finally made contact with the handful of other skaters in the country, all children of ex-pats or of mixed ancestry. “That’s when Zambia became home to me,” he remembers. “That’s when I felt accepted for the first time. Those were like my first real friends.” 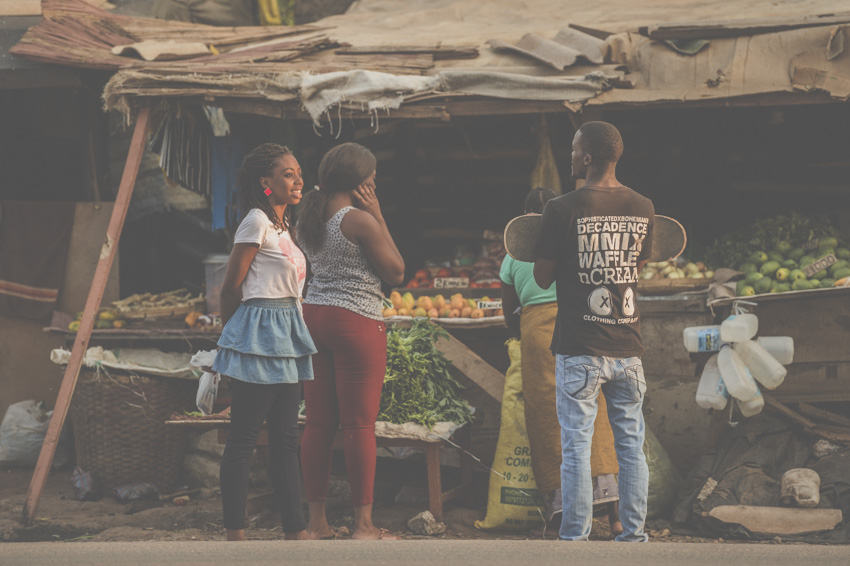 Elijah had found a sense of belonging, but Zambia wasn’t ready for skateboarding. “People received it so negatively, they used to hate it because they didn’t know what it was,” he says. “That’s why we called ourselves the Partners in Crime skate crew.” Elijah was arrested five times and placed in cells, just for skating, but it wasn’t only the police who were starting to take notice. “Local kids saw skateboarding and had the same fascination that we had,” he says. “So we were like, ‘You guys wanna learn how to skate? Why don’t you just come along with us and we’ll teach you how to skate?’ Almost every skate crew in Zambia right now is a product of our original crew. P.I.C. was the genesis of it all.”

Fast forward to 2014, and thousands of shredding Zambians have changed perceptions. Since Elijah set up the country’s first skate shop, That Skate Shop, from his bedroom in 2006, it has been joined by other stores, the country’s first dedicated skateparks, competitions and even sponsorship deals from global brands. In 2011, he co-founded Street Culture, which brought together skateboarding and hip hop dancing competitions, and has become one of the fastest growing youth events in Southern Africa. “Skateboarding was just an opportunity for young people who wanted to be different to express themselves,” he explains, proud of his achievements so far. “We struggled to gain acceptance at first, but now I can say skateboarders have respect. It’s fairytale stuff.”

Linkedin
RELATED ARTICLES
OTHER ARTICLES
Jermain Cikic reflects on his experience of visiting the island of Samos, Greece, in the summer of 2021.
Photographer Melanie Nissen recalls capturing the characters, fashions and rarefied chaos of a rapidly-expanding set of punk bands who helped to redefine the genre.
The musician, DJ and founder of Monika Enterprise reflects on a career defined by revolution and rule-breaking.
The photographer reflects on building trust with his subjects and using the street as his studio.
Photographer Alice Mann reflects on capturing the camaraderie and discipline it takes to succeed in a highly-competitive sport.
A new book traces the legislation’s tumultuous history and the lasting impact its had on LGBTQ+ activism today.