Outdoor / Skate / How will Olympic selection affect surfing and skateboarding? 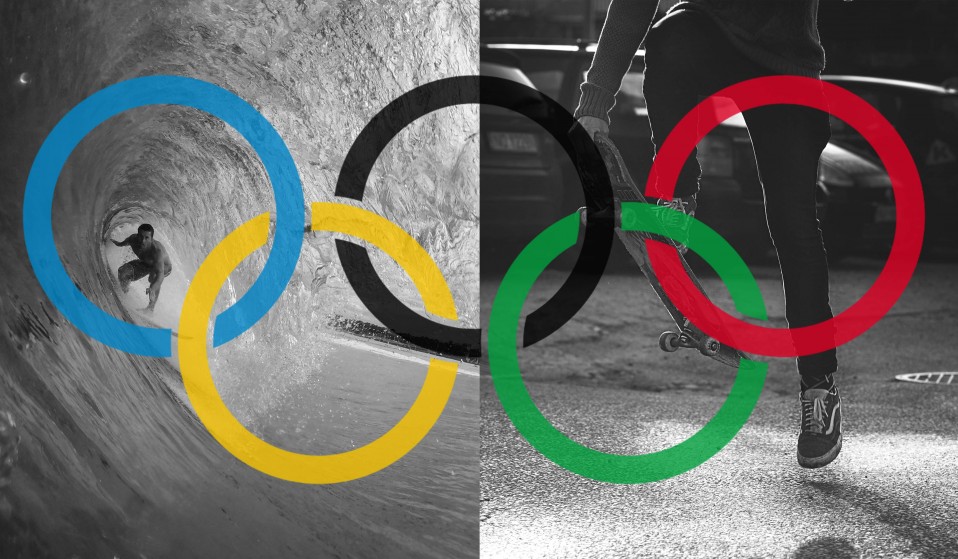 The father of modern surfing, Duke Kahanamoku, first declared his wish to see surfing in the Olympics at the 1912 Games in Stockholm. Over a century later, Duke’s dream has finally come true, as it was announced that surfing and its concrete offspring skateboarding will both feature in the 2020 Tokyo Olympics.

While this is a big win for the governing bodies, the International Surfing Association (ISA) and the International Skateboarding Federation (ISF), who have been pushing hardest for sports’ inclusion in the Olympics, it has divided surfers and skaters.

Will the expected influx of attention and money really nurture the cultures we love? What the contrasting reactions boil down to is a long-running battle over the soul of both sports – with many who cherish their counterculture roots disputing the competitive aspect and the idea of labelling them “sports” in the first place.

To get a sense of the strength of feeling on both sides of the aisle and look at both the positives and negatives of surfing and skating’s inclusion in the Olympics, we reached out to Will Harmon, editor of Free Skateboard Magazine, Sancho Rodriguez, founder of San Sebastián Surfilm Festibal, and Danni Gallacher, founder of Girls Skate UK.

“My personal opinion is that we don’t need the Olympics as much as they need us,” Danni explains. “Skateboarding is so much more than a set of rules and a points system, and although there are tonnes of competitions all over the world, competitiveness is not at the heart of skateboarding for most.”

Sancho echoes that for surfing culture: what motivates most people to hit the waves is not televised international competitions. His crew of rowdy Basque surfers are at the opposite end of the spectrum to competitive surfing, and they will carry on doing what they do, regardless.

“Of course it concerns me that surfing will become dominated by big corporate interests and that is likely to subvert the ideals of freedom and environmental stewardship that surfing is built on,” he explains. “But I don’t really have an issue with surfing becoming an Olympic sport.”

“I don’t care if in 2024, 2036 or 2050, it’s in an arena with 20,000 guys listening to the grandson of David Guetta DJing, eating futuristic artificial food from Monsanto – genetically modified popcorn,” he continues. “If there’ll be huge merchandising at stake and the grandson of media mogul Rupert Murdoch is behind it all, I don’t give a shit. If that’s the future, I don’t like it, it’s an absolutely dystopian future, but I don’t care.”

This year’s Surfilm Festibal used the character of Surfzilla to mock initial reports that Olympic surfing was likely to be carried out on artificial waves and sounded the alarm about early plans that indicate three natural wave breaks, Osaki, Kabune and Inamura, will be destroyed to make way for Olympic venues.

The IOC has declared competition will now occur on natural waves at Shidashita Beach in Chiba, just outside of Tokyo, but Sancho has seen nothing to alleviate his concerns about threatened waves.

“Right now I care about the very high risk of the Tokyo Olympics destroying one of the best waves in Japan [Inamura],” he says. “It’s a very worrying sign from the surfing community, the industry and sportspeople that they’re support this when a wave is going to be destroyed.”

The planet’s naturally surfable waves are finite and it’s necessary to fight to protect them, but there will always be space for street skating, somewhere. “Skateboarding in the Olympics won’t affect real skateboarders at all,” Will explains. “The worry is how will this change how the world views skateboarding, whether they see it as just this very regimented and controlled sporting event or understand that most skateboarding is non-competitive.”

As women’s and men’s sports now have equality at the Olympics, the biggest winners could be women surfers and skaters. “Even though I would rather skateboarding stay out of the games, I can’t help but be excited to see what the future holds for the girl’s scene,” Danni explains. “There is no doubt that the Olympics will bring more females into the ‘sport’ through media awareness, and the exposure of more relevant role models.” 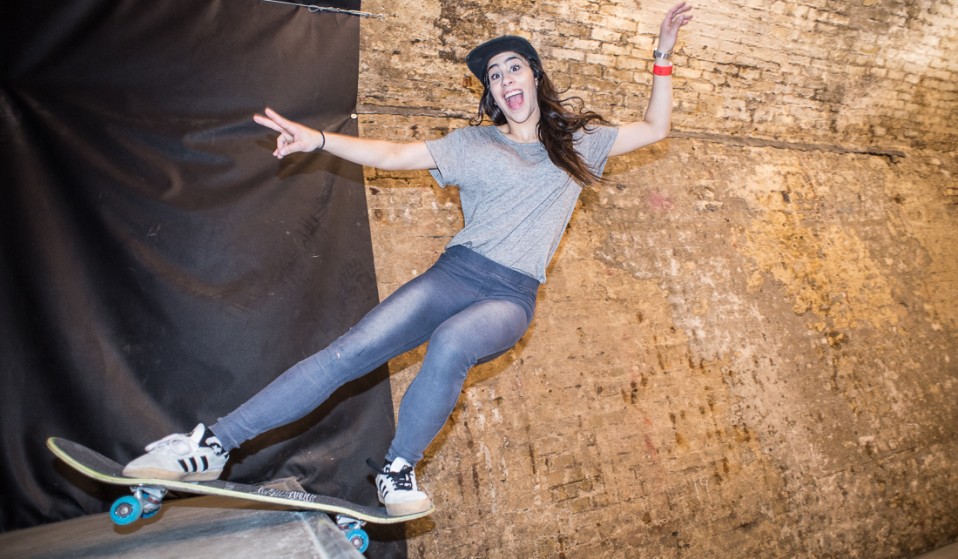 A girls’ skate session at House of Vans

Despite huge growth in recent years, women’s surfing and skating has always lagged behind the men’s, but the Olympics could unlock a huge amount of funding to help bridge the gap. News that skateboarding could be featured in the Olympics has already seen brands like Nike invest in sponsoring a number of women skateboarders.

Many countries, like the US, only fund sports that are part of the Olympic programme, so going forward, women surfers and skaters will be able to access financial support for high-performance training programs and facilities.

But Will sees a risk that this increased cashflow could suck the heat away from non-competitive, more creative forms of skateboarding. “Sponsorship today is based on coverage through video parts, social media and magazines, for example,” Will explains. “But as interest in competitive skating grows, skaters are increasingly worried they won’t get sponsored if they don’t compete or be put under pressure to skate in the Olympics.”

As always, it’s which way the money flows that will dictate the effect it has on the culture. “There is no doubt that more money will be thrown into skateboarding, with more parks and ‘training facilities’ popping up over the world,” Danni says. “But I’m unconvinced that this money will actually go back into the scene we’ve worked so hard to make our own.”

Linkedin
RELATED ARTICLES
OTHER ARTICLES
How the sounds of nature, air force bases, walking across the country, Windrush and synthesisers have influenced one woman’s journey through music and life.
A campaign seeking to prevent future injustices where there is state involvement is gaining momentum, with Labour recently pledging its support.
A new documentary tells the story of an unassuming cul-de-sac of 13 timber framed houses built by Fusions Jameen – London's first Black housing co-op.
Recent research is highlighting the drug’s enormous potential for treating substance abuse.
Photographer Nico Froehlich’s series documents South London’s diverse communities, while also reflecting on their fragility amid rapid gentrification.
Meg Handler’s photos capture diverse groups of New Yorkers coming together for the collective cause of civil rights.