Outdoor / Snow / What can we learn about living simply from Turkey’s 300-year-old snowboarding scene?

New film by pro snowboarder Alex Yoder and Patagonia comes to London along with panel discussion exploring how sustainable, environmental design can reduce our impact on the planet and influence positive life choices.

New film by pro snowboarder Alex Yoder and Patagonia comes to London along with panel discussion exploring how sustainable, environmental design can reduce our impact on the planet and influence positive life choices.

In the opening lines of voiceover to Foothills – a 15-minute short film about a remote, but incredibly old, Turkish snowboarding community – the film’s director Alex Yoder explains that when he mentioned his chosen destination for his new snowboarding film most people asked a lot of the same questions.

“The idea that there’s snow in this part of the world was hard to grasp,” he says. “It didn’t help that I couldn’t offer more details because we were basically winging it. Relying on a single connection to a guy named Ishmael that we met via Facebook.”

The premise of this inspirational movie was exactly that; in a world where modern technology makes everything seem so accessible Alex wanted to travel somewhere unexplored and largely untouched to see what he could learn from a simpler, less environmentally harmful way of life. 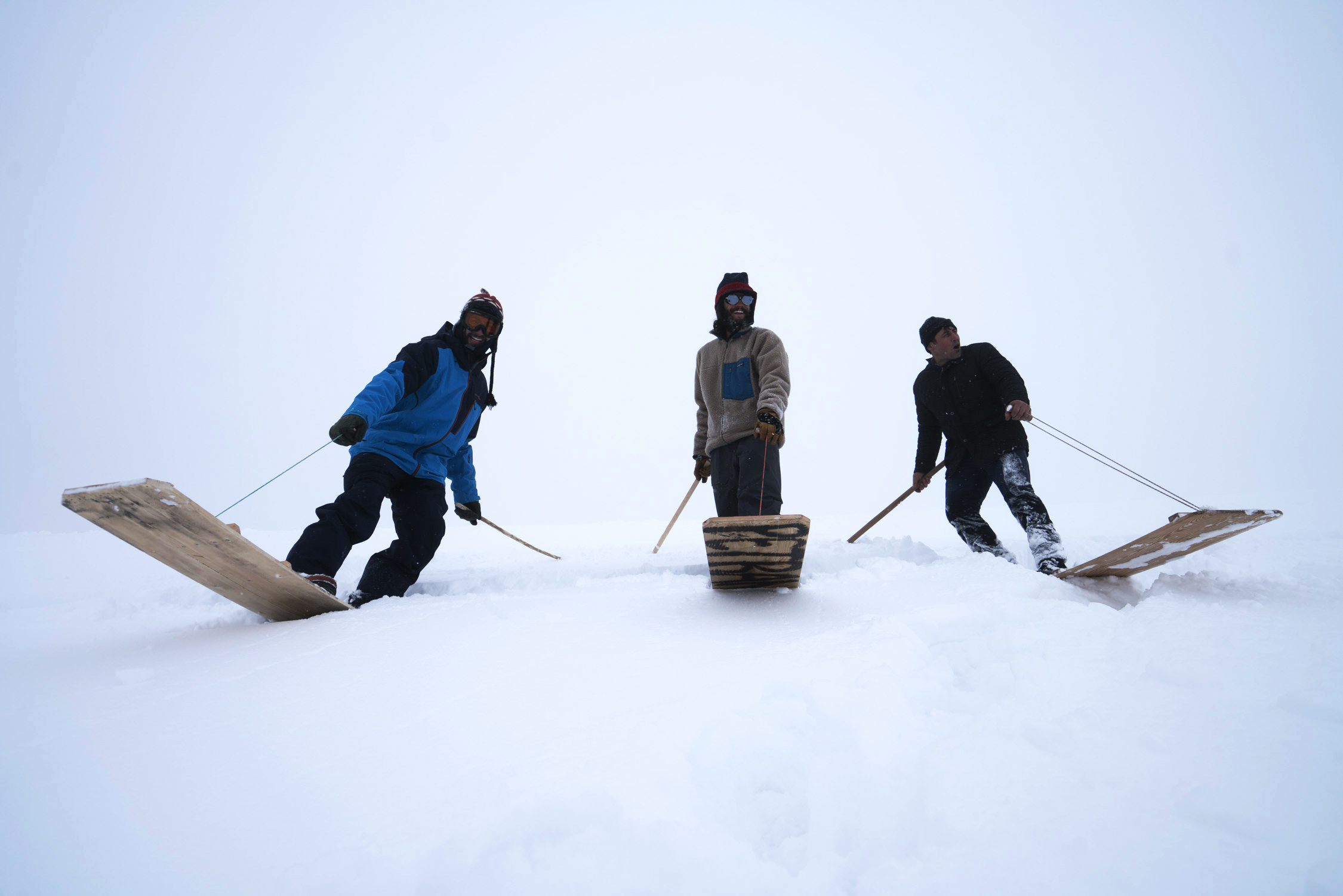 Now the film is touring the world, with Alex by its side, and Huck is excited to be hosting the London screening with Patagonia at Village Underground in Shoreditch on November 16, 7.30pm – 9.30pm.

Keen to extend the conversation, Huck is also inviting some key players in the environmental design and simple living world – sustainability expert Sophie Thomas (Thomas Matthews) and wooden surfboard builder Paul Reisberg (Arbo Surfboards) – to take part in a panel discussion, hosted by our editor-at-large Michael Fordham, which will consider how Alex’s learnings in Turkey may inform the industry at large.

Tickets are free but you must register at Eventbrite.

Linkedin
RELATED ARTICLES
OTHER ARTICLES
By turning a real-life crisis into daytime television fodder, TV bosses have once again shown themselves to be completely out of touch with audiences.
Birdy Chu reflects on documenting the historic moment in which the territory was formally passed back from the UK to China.
Thousands attended the annual event this year to wheelie through the city and call for ‘knives down, bikes up’.
Financial turmoil is pushing people who work in the sex industry into more dangerous and desperate situations as a means of survival.
Cindy Campbell recounts how her brother ushered in a new era of musical culture at a party she held in the Bronx in ‘70s.
The two-day long event returned to London this year, showcasing a spectacular parade, steel bands and Caribbean food.