In our globalised, interconnected world it’s rare that we find ourselves staring at a final frontier. As borders and barriers come tumbling down, finding undiscovered treasures or venturing into uncharted territory is becoming harder and harder. When trends, sports and subcultures criss-cross the globe in seconds on social media, witnessing the new is a rare privilege.

Shrouded in a veil of secrecy and hidden from view for decades, the militaristic and repressive state of North Korea shelters some of the last great mysteries for outsiders, in a world that seems to be shrinking before our very eyes. So when New Zealand freestyle skier Sam Smoothy heard about a brand new snow scene emerging in the Hermit Kingdom, he knew it was a tip he couldn’t ignore.

“I had scoured the globe looking for the weirdest place we could find to ski,” explains Sam, who travelled to North Korea with director Will Lascelles. “I wanted to ski one of the newest ski resorts in the world, with supposedly the newest people to be engaging in skiing culture.” 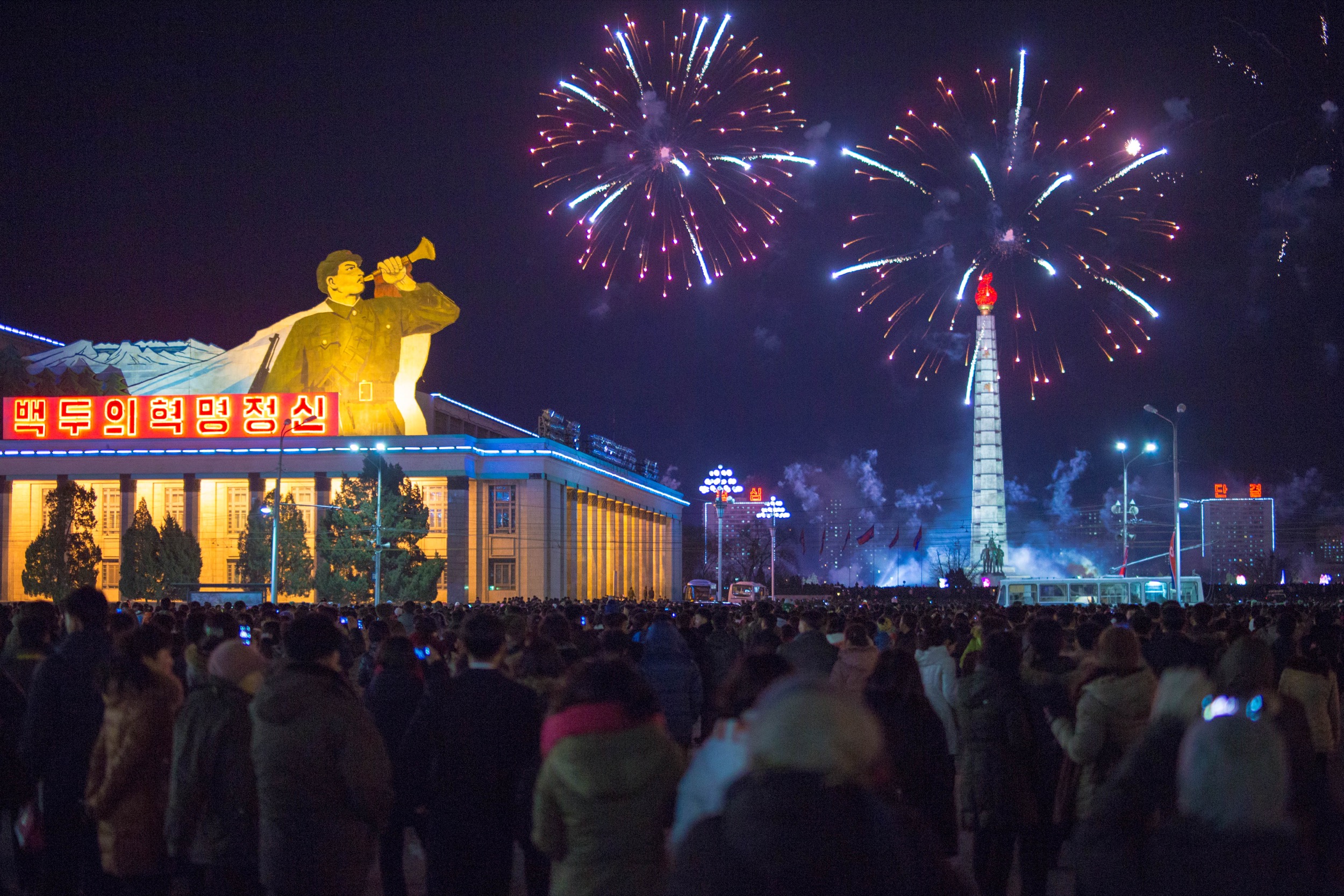 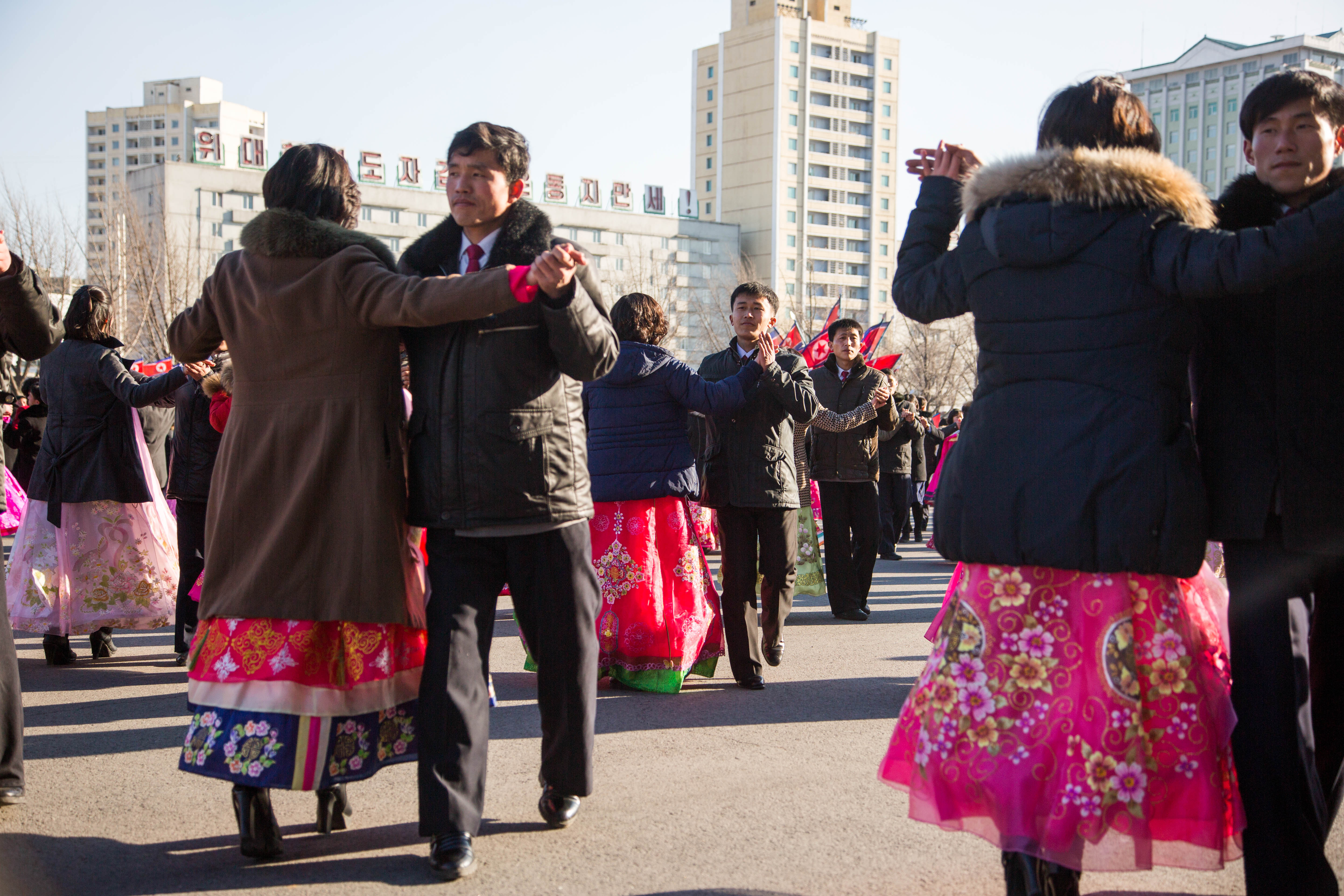 Small numbers of North Korean skiers have been making the most of the slopes around Mt Paektu. The sacred volcano in the north of the country is said to be the spiritual birthplace of the communist Democratic People’s Republic (to give the country it’s official name). It’s where father of the nation and former President Kim Il-sung organised the communist guerrillas to fight against the Japanese occupation during WWII and developed Juche, the official state philosophy of self-reliance and strength.

Believed to be the last country on earth (with snowfall) to take up the sport, skiing was never a popular pastime, until the opening of the Masikryong luxury resort further south in 2013. Built in just ten months by soldiers from the Korean People’s Army, the country’s first ski resort is part of an official drive to increase tourist numbers five-fold to one million per year by the end of 2016. The rapid build time gave rise to the popular catchphrase “Masikryong speed” and the resort has become both a symbol of national pride as well as a propaganda tool. 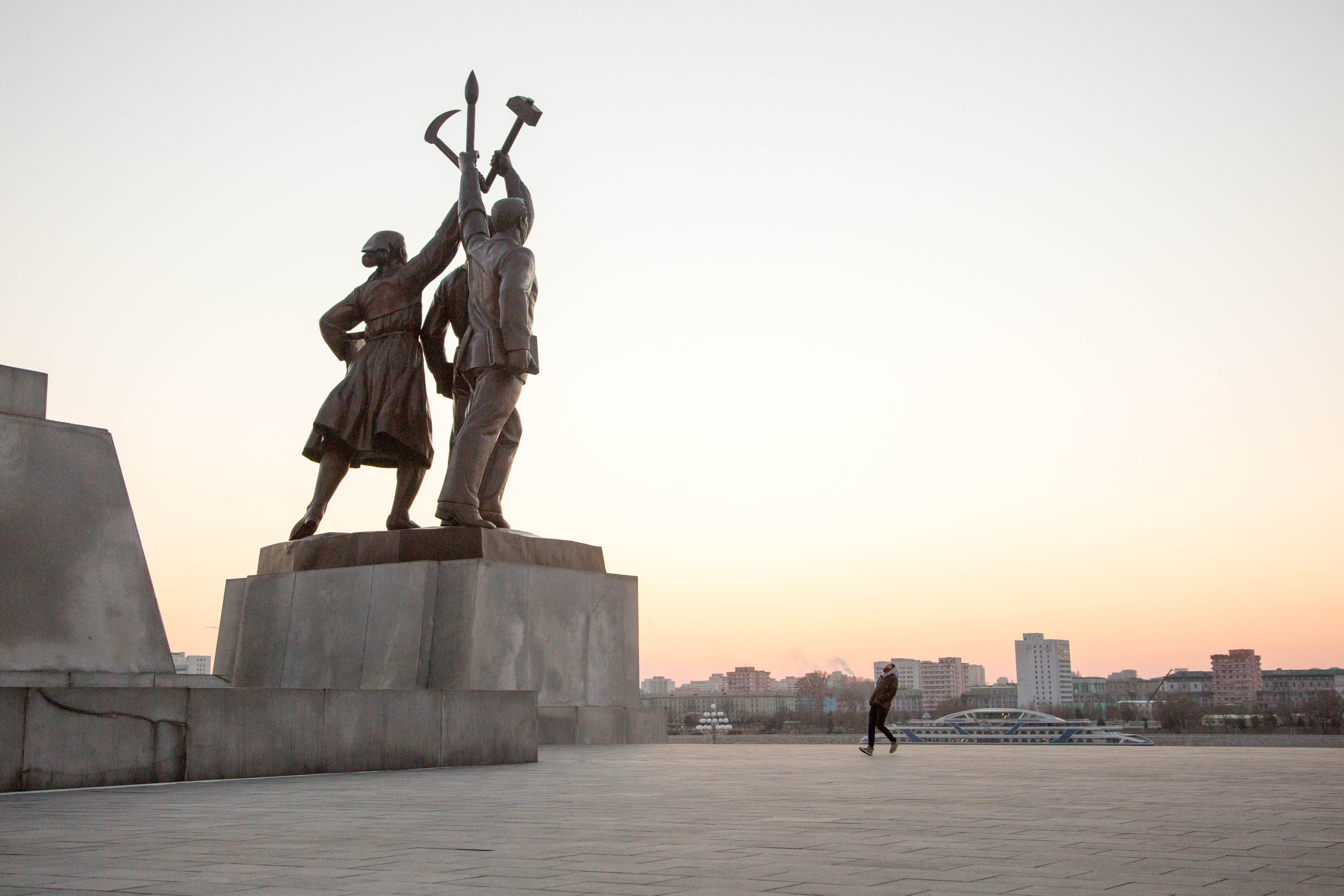 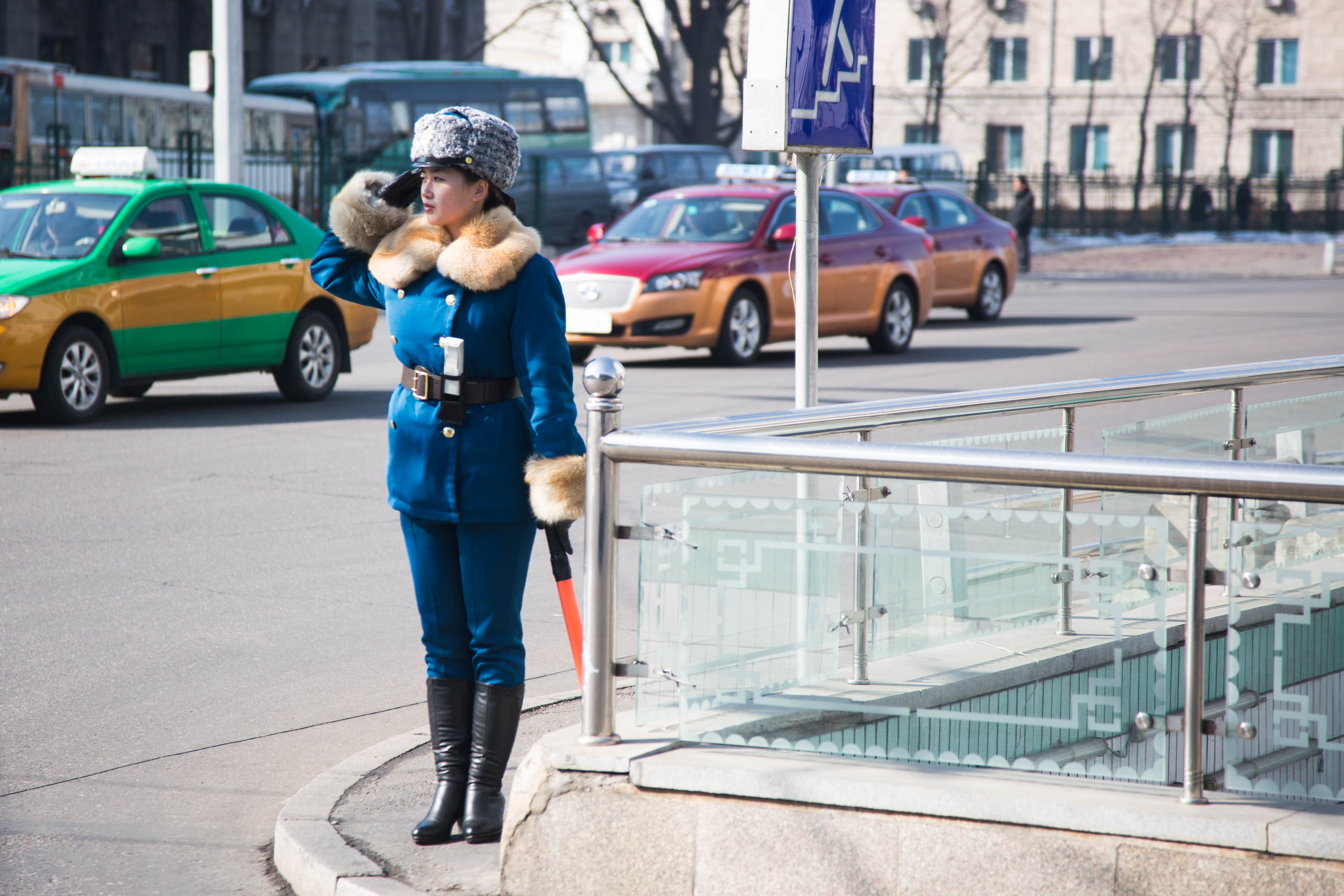 After debating whether or not they felt comfortable stepping foot in a paranoid Communist state with a record of human rights abuses, Will and Sam decided that being the first foreigners to hit the slopes after they were opened to non-Koreans was too good an opportunity to pass up.

As they were preparing to leave, news reports had them nervously reconsidering their decision. An American student was sentenced to 15 years hard labor in a North Korean prison camp for crimes against the state and current President Kim Jong-Un’s triumphant rocket launches had raised international tensions about the regime’s ambitions. 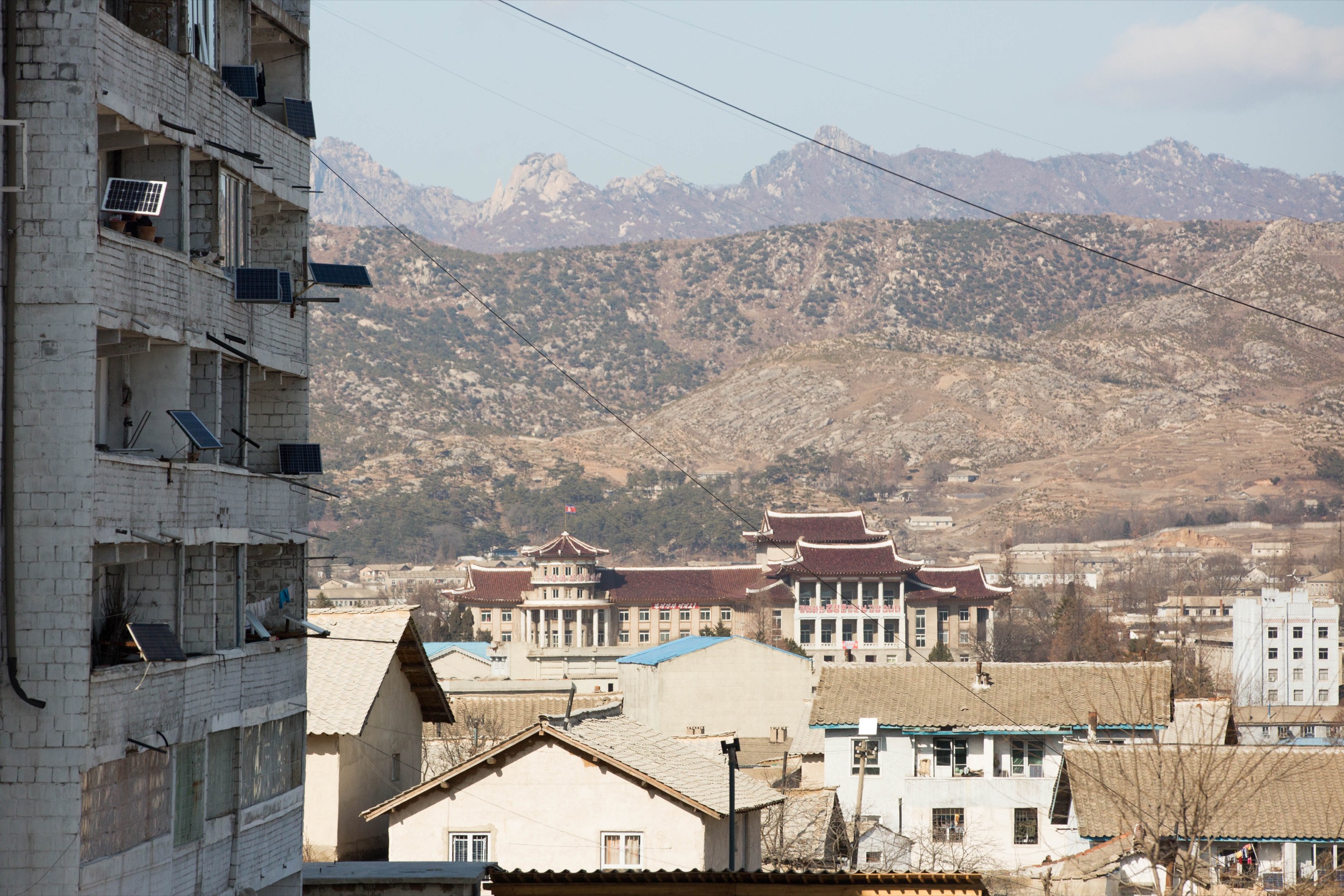 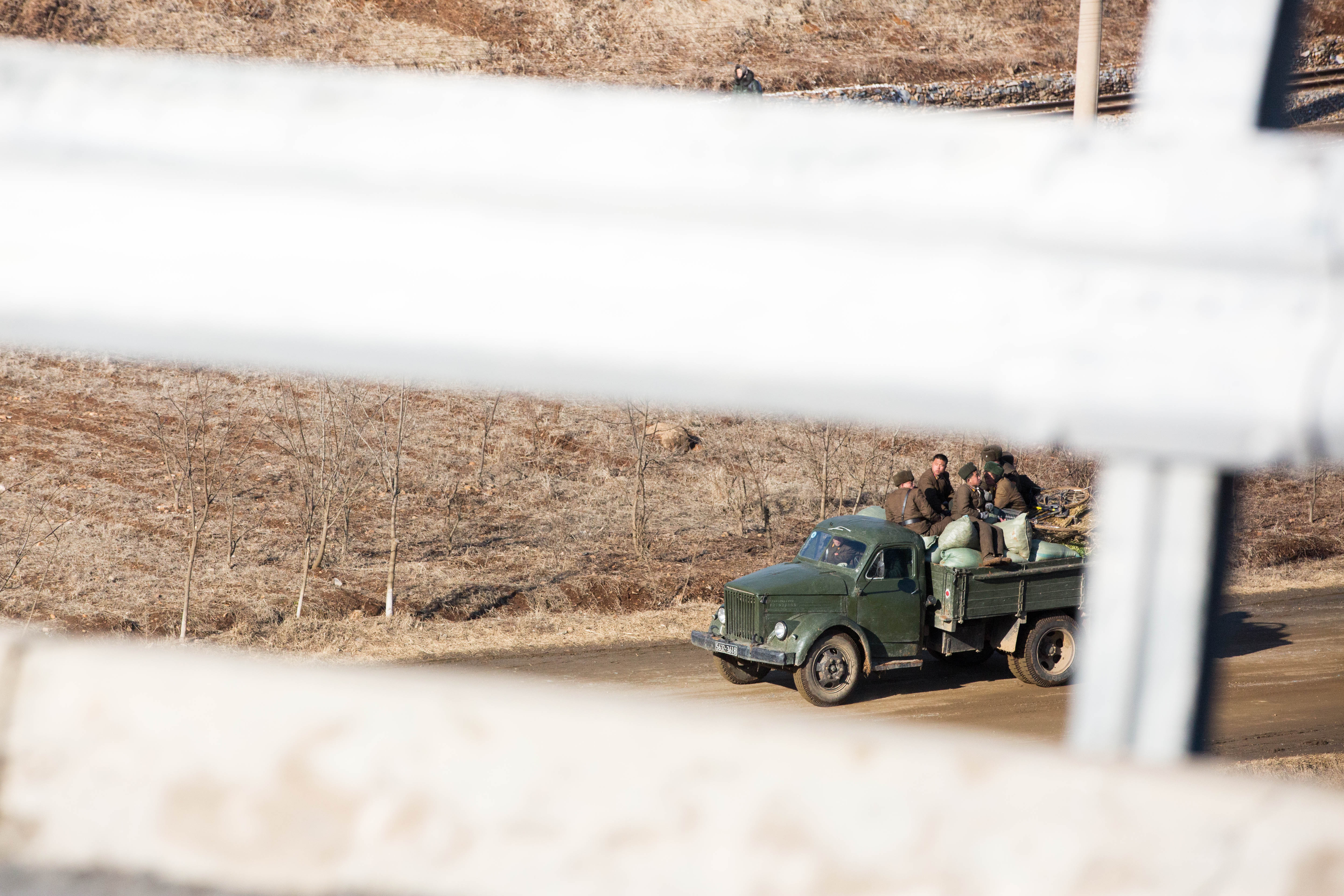 But if they thought that their security briefing at the DPRK consulate in Beijing would settle their nerves, they were mistaken. “The two-hour list of what we could not do left us with a full body chill,” Will remembers. “It ended with the cheery footnote that if we played by the rules, we would be in the safest country on earth. Apparently people don’t break the rules in the DPRK. Noted.”

Touching down in North Korean capital Pyongyang, the pair’s minders gave them the full propaganda spiel, with seemingly every building and monument constructed in record time. But after soaking up the surreal vibes in town, riding the opulent metro and paying their respects to the great leader on his birthday, the pair were eager to hit the slopes. 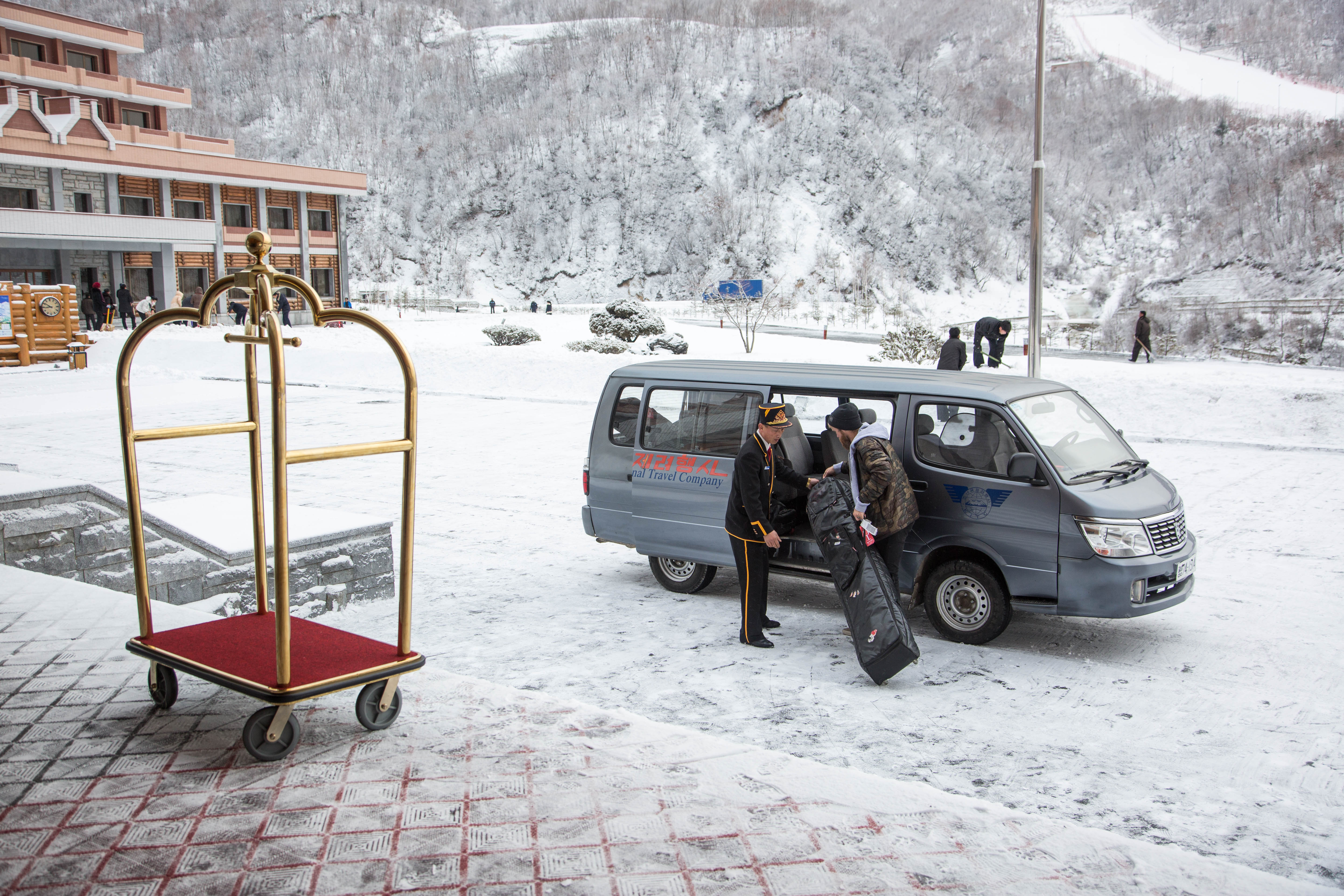 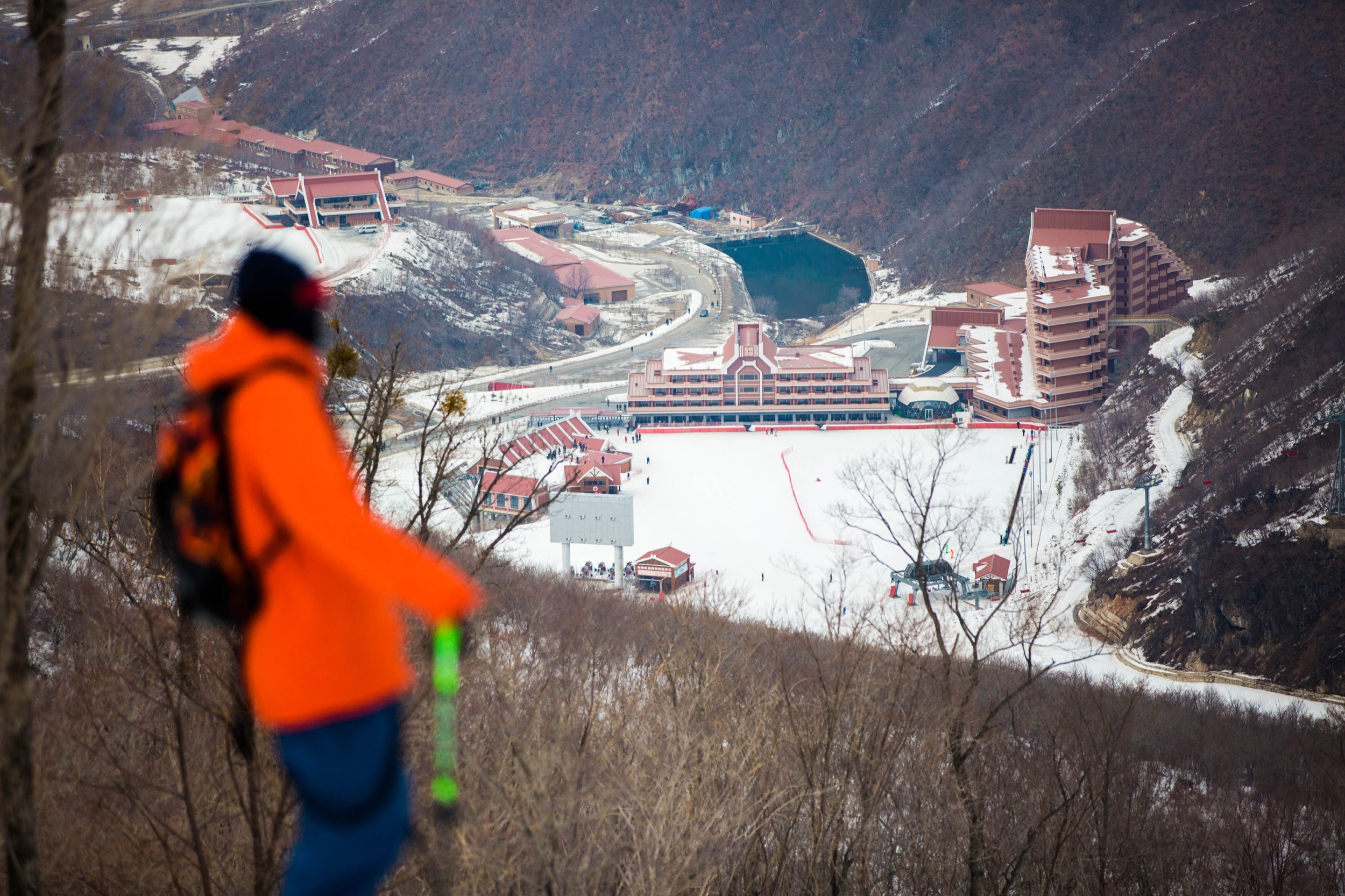 They discovered the palatial Masikryong resort was practically deserted, but were eager to hit the challenging runs and find out what skiing meant for the locals. But despite the impressive location, the skiing itself was to prove slightly underwhelming.

“Like almost everything on this trip, our expectations were upended once again and we found a completely rain-saturated snow pack that felt like skiing through Grandma Smith’s three day old vegetable soup,” Will says. “But ski it we did and being how we were still skiing in DPRK it was loads of silly fun. Make hay while the socialists smile, if you will. Regardless of where you go in the world the conditions are still up to Mother Nature and if you can’t have fun skiing shit snow in such an exotic location then maybe you’ve been a tiny bit spoilt.” 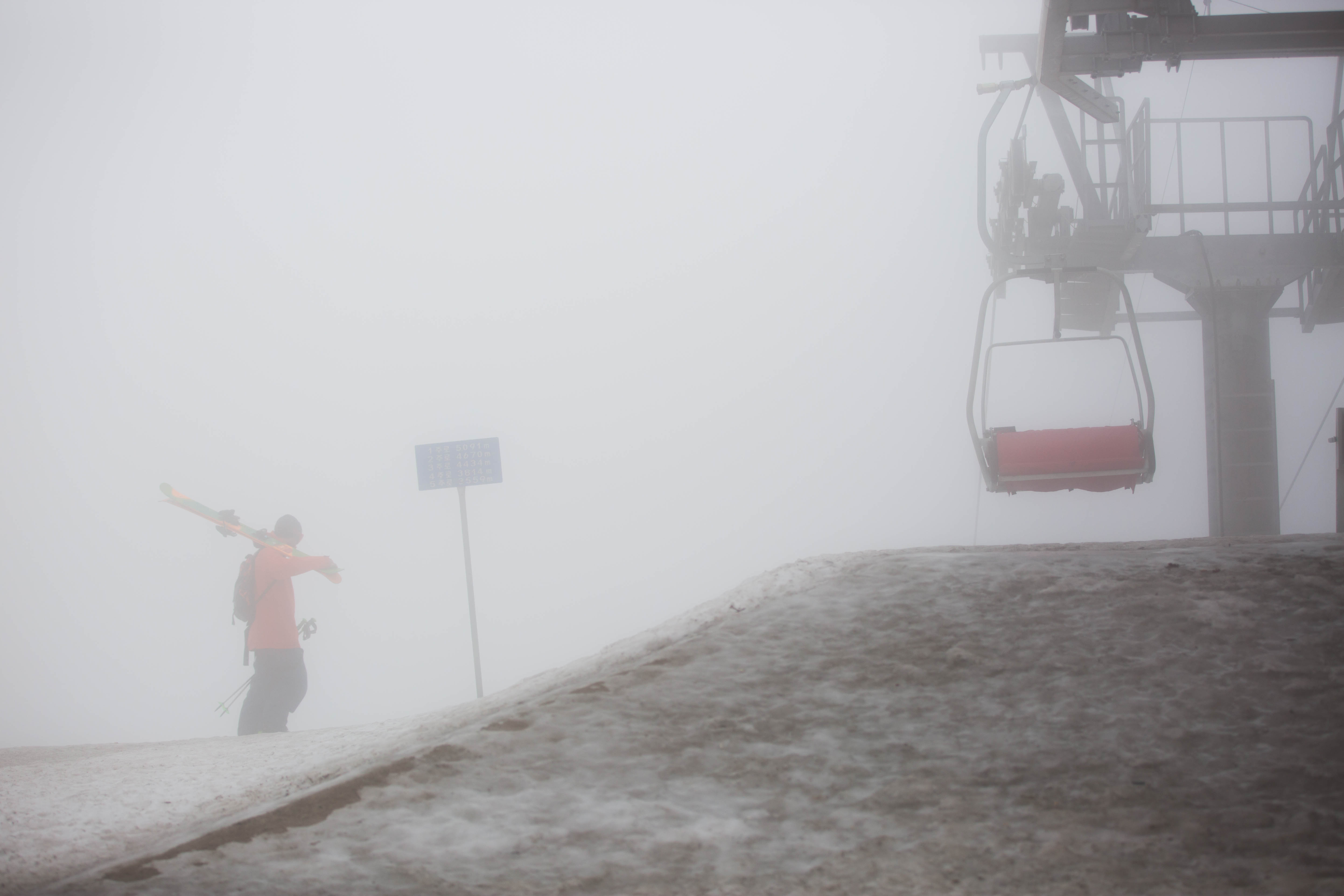 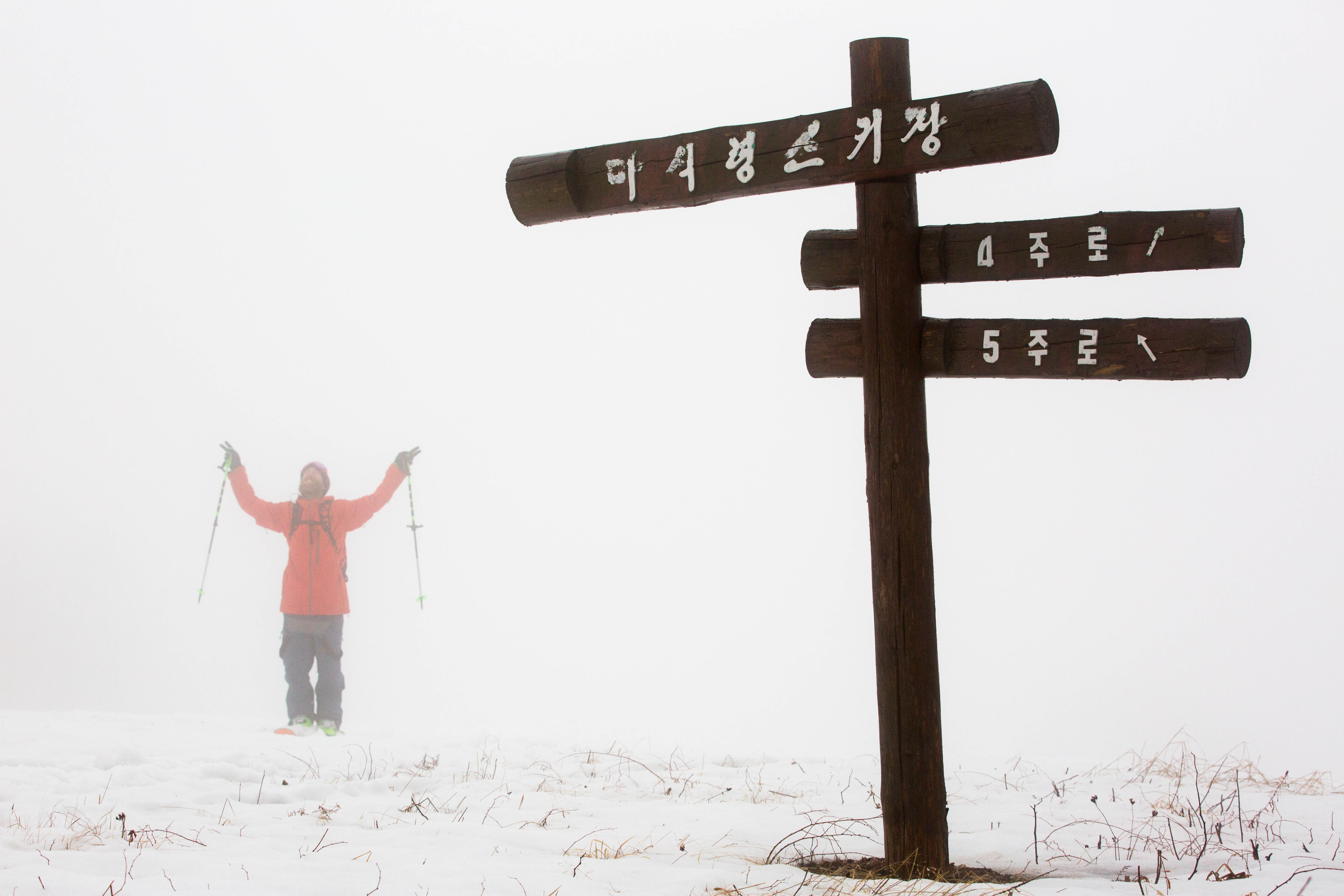 Their room was regularly searched and they feared it might be bugged, which contributed to a disorientating sense of paranoia for Sam and Will. But after surviving impromptu bouts of Korean karaoke in the ski lodge and getting through their week without falling foul of the minders, they left North Korea on a high.

The trip may have shattered their preconceptions, but it threw up more questions than answers. As Sam concludes, “I have no idea as to what happened when I stumbled through the Democratic Peoples Republic of Korea.” 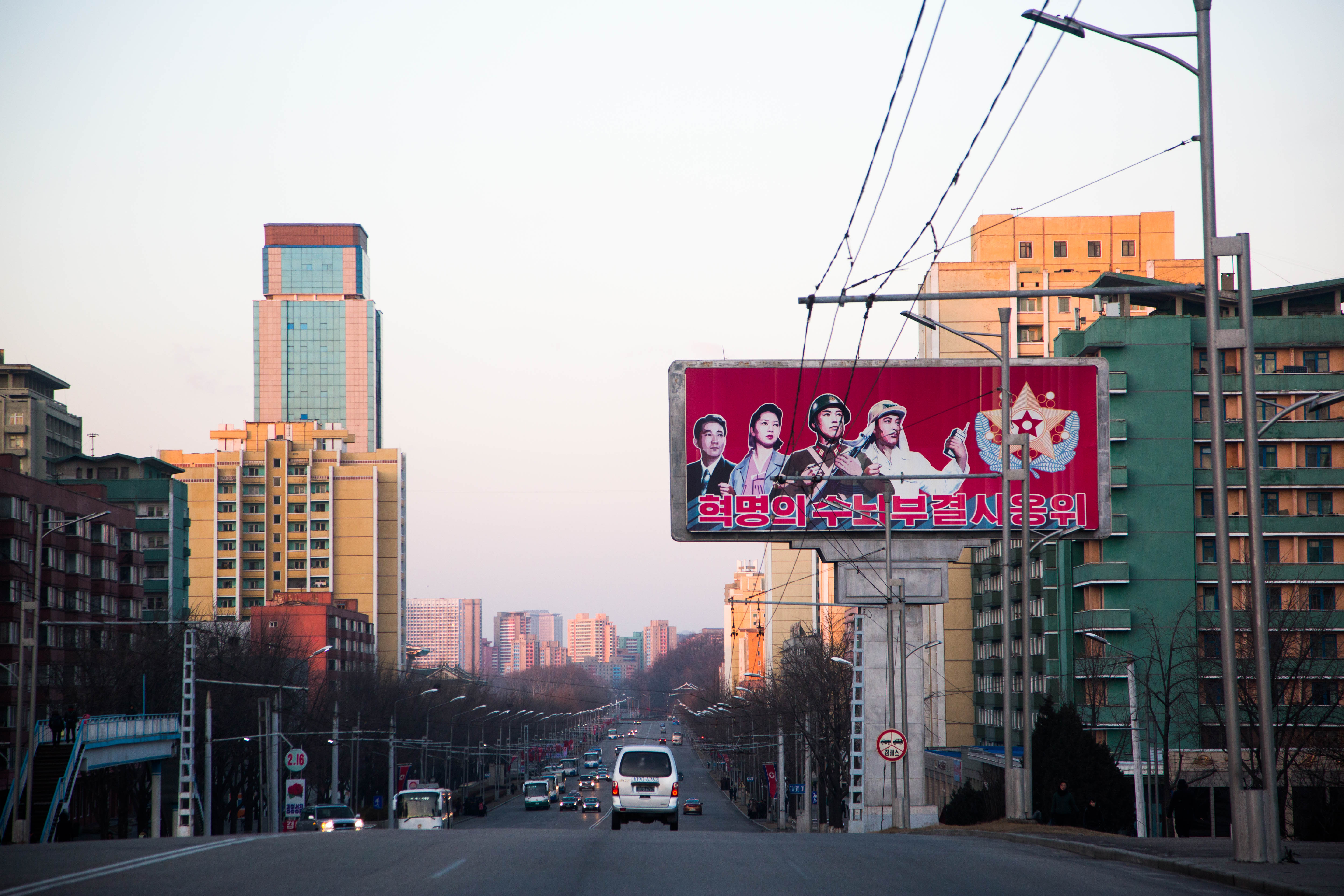 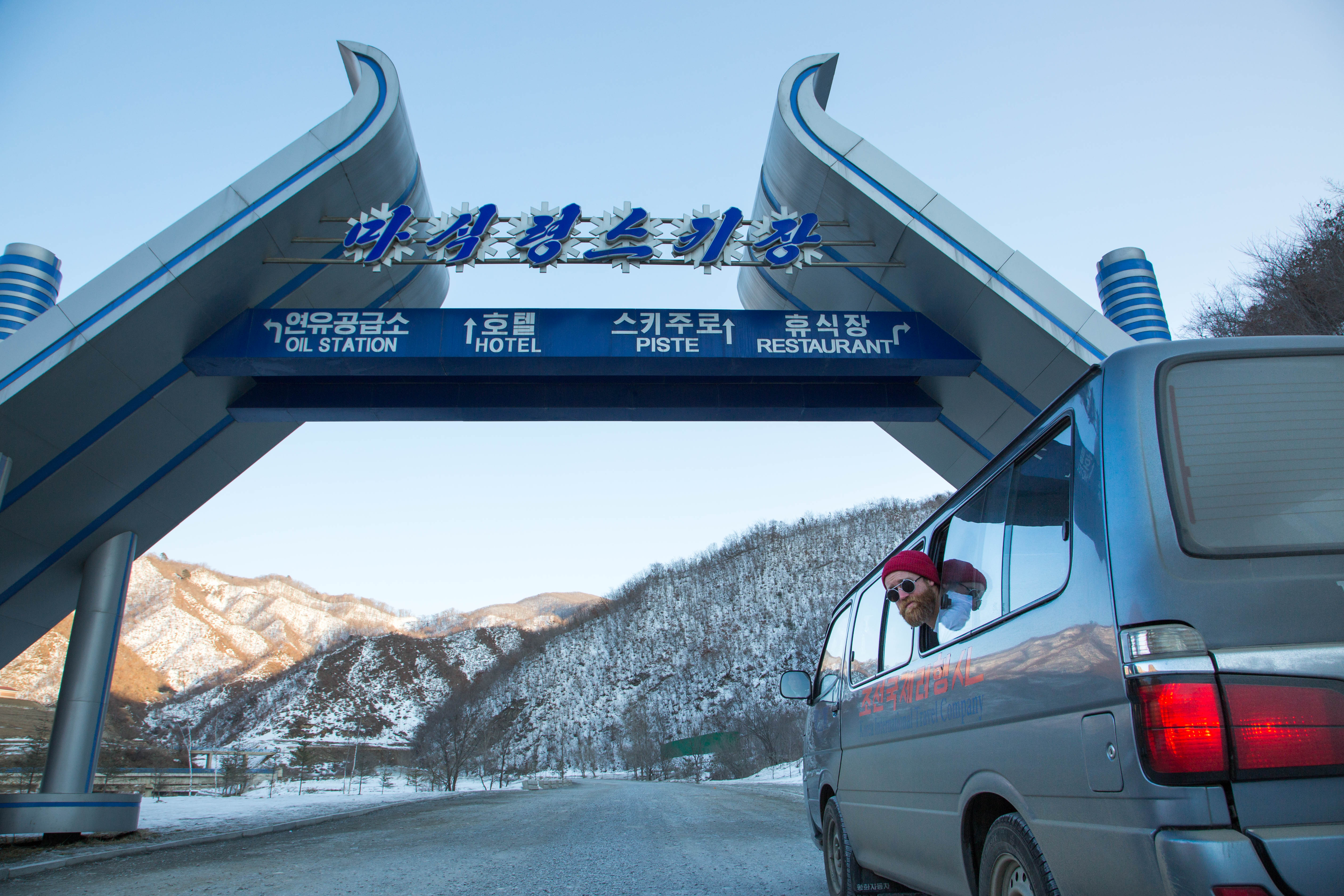 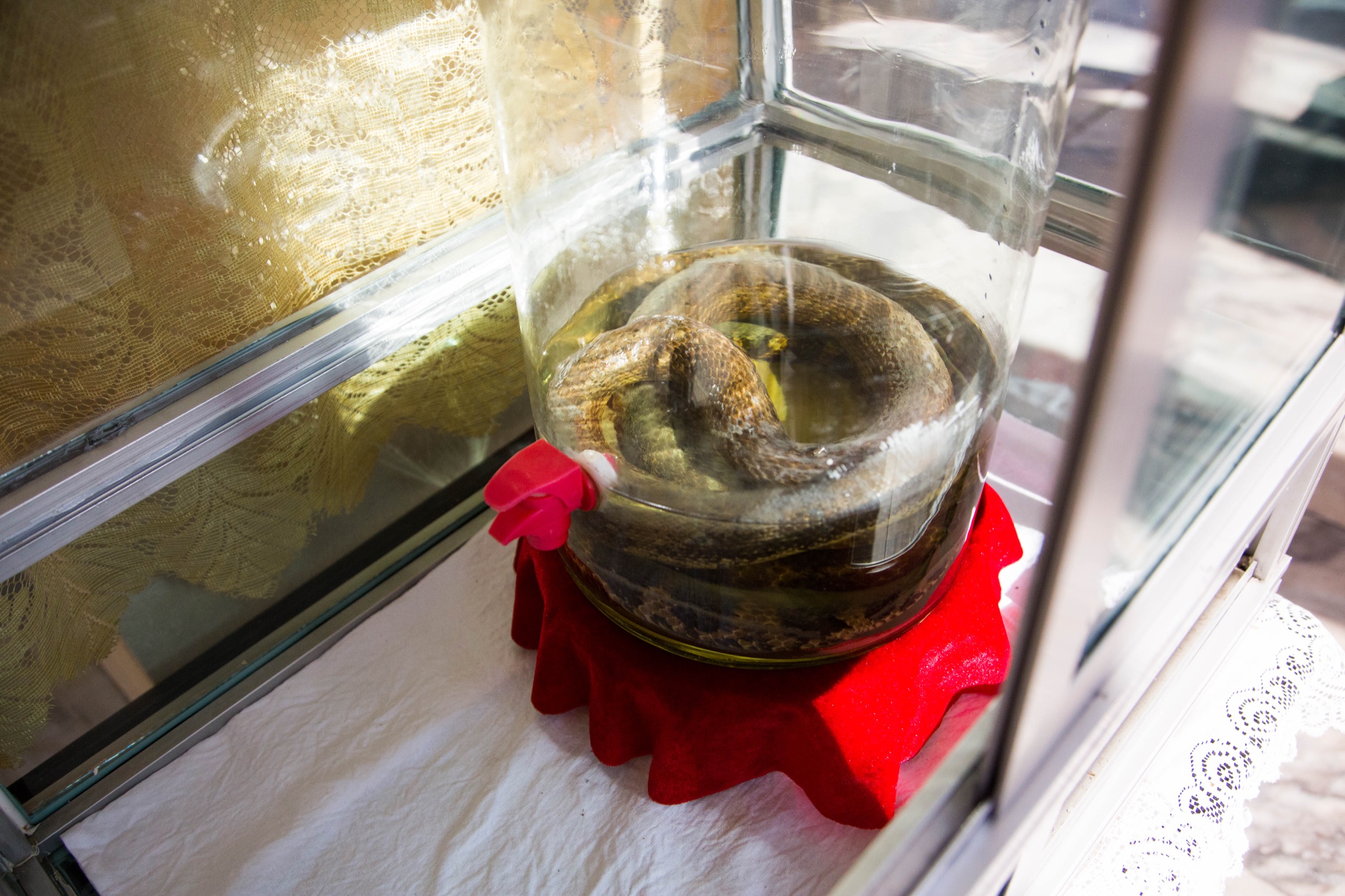 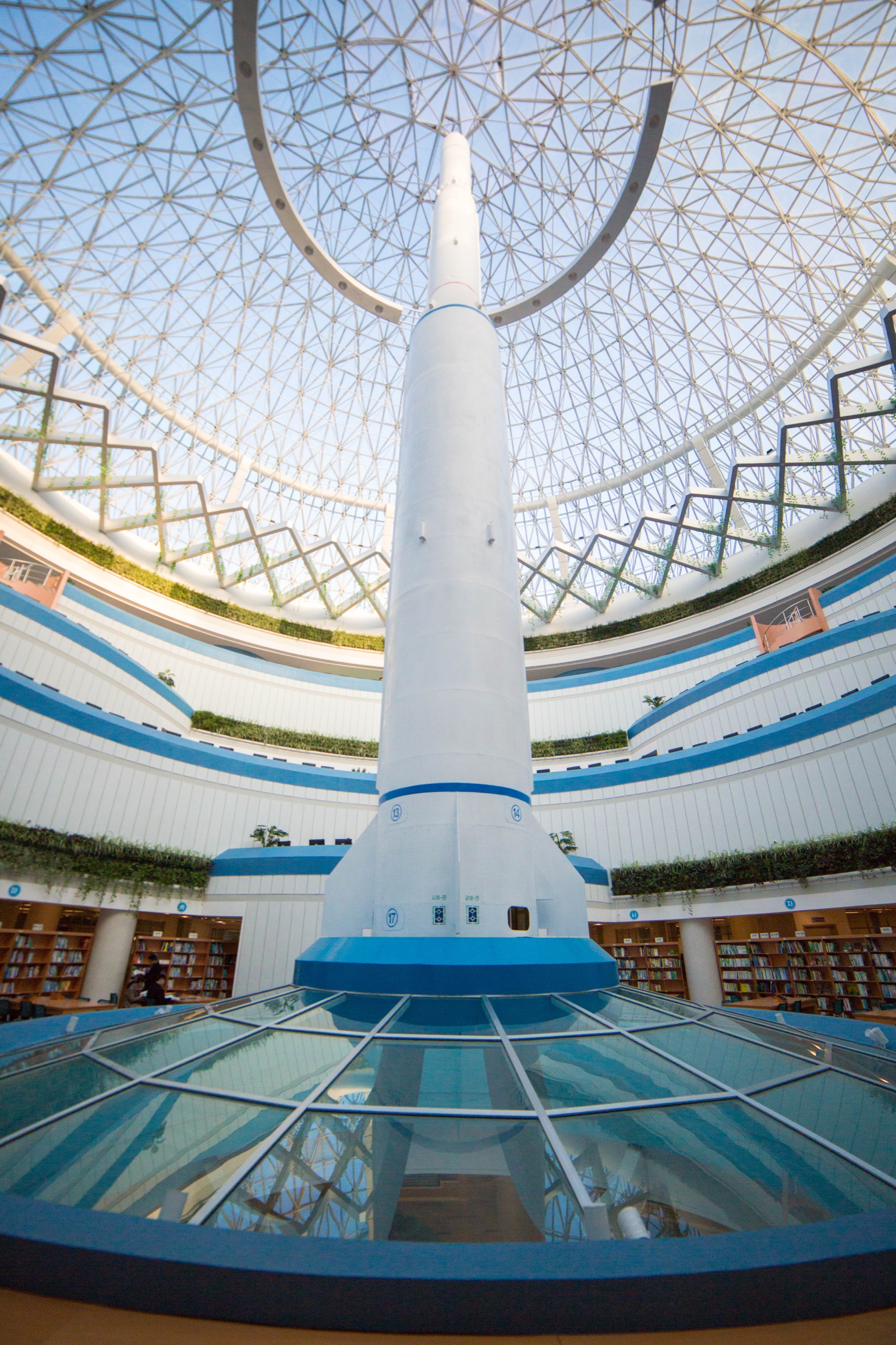 Linkedin
RELATED ARTICLES
OTHER ARTICLES
After hearing about some of the difficulties children were facing in lockdown, Bex Day decided to document subjects all under the age of 13 to explore just how significantly their lives had changed.
Photographer Janine Wiedel recalls travelling to Iran in 1976 to capture everyday life there, two years before the stirrings of the Iranian Revolution began and would irrecovably change the country.
Over a period of four months in 1980, photographer Lionel Derimais created a collection of gritty black and white street shots which show the city in its full pre-gentrification glory.
After a weekend of losses for Labour, Keir Starmer attempted to place the blame on others in his party. He has once again proven himself to be unfit for his position, writes Politics Editor, Ben Smoke.
Photographer Fei Alexeli recalls travelling from her hometown in Greece to the Californian desert, where she captured the abandoned buildings and empty towns dotted around the vast landscape.
Photographer Stefan Dotter recalls travelling to the city of Toba to capture a community of women who are among the very few keeping an ancient deep-sea diving custom alive.